The Wildcats and Gators Battle in the 2012 SEC Tourney.Chris Graythen/Getty Images

In a conference where storied football rivalries abound, the only SEC basketball rivalry that seems to matter these days is Kentucky versus Florida.

A look at the historical record suggests anything but a rivalry. Kentucky leads the series by a whopping 93-33 margin.

Therein lies the problem of elevating any SEC basketball team to the status of Kentucky’s “rival.”  There is no SEC team even remotely close to matching the Cats' dominance of the league or their eight national titles.

If any team dares to come close, it’s Florida and they are, by all standards, a very distant second. But if Kentucky needs a rival, it may as well be the Gators, especially over the past decade where Florida holds a 2-1 edge in national championships.

Under head coach Billy Donovan, the Gator basketball team has become relevant, as a force in the SEC and a competitive contender in the NCAA Tournament. Donovan’s Gators even held an impressive seven-game winning streak against Kentucky from March 5, 2005 to January 19, 2007.

Kentucky has held the recent edge, having won five straight entering this week’s matchup against the No. 7 Gators in Gainesville.

The recent competitiveness of the Kentucky-Florida basketball series likely had a major influence on television scheduling when the SEC designated the Gators and Wildcats as “permanent” opponents to play each other twice a year in a home and away series, according to Kentucky.com.

The new scheduling arrangement was necessitated when the SEC eliminated division play and increased to an 18-game conference schedule to accommodate league expansion.

Florida (19-3, 9-1) will be playing to protect its one-game lead over Kentucky in the unified SEC, when the Wildcats (17-6, 8-2) come to Gainesville on Tuesday. Kentucky enters the showdown having won its last five games. Meanwhile, the Gators rebounded from an embarrassing loss at Arkansas earlier in the week by overpowering Mississippi State 83-58 in Gainesville on Saturday night.

With the student-led Rowdy Reptiles expected to be at a fever pitch, the Florida-Kentucky basketball game may still lack the passion of the Florida-Georgia Border War or the hatred of the Auburn-Alabama Iron Bowl. But, as basketball rivalries go, it’s the best the SEC has to offer. 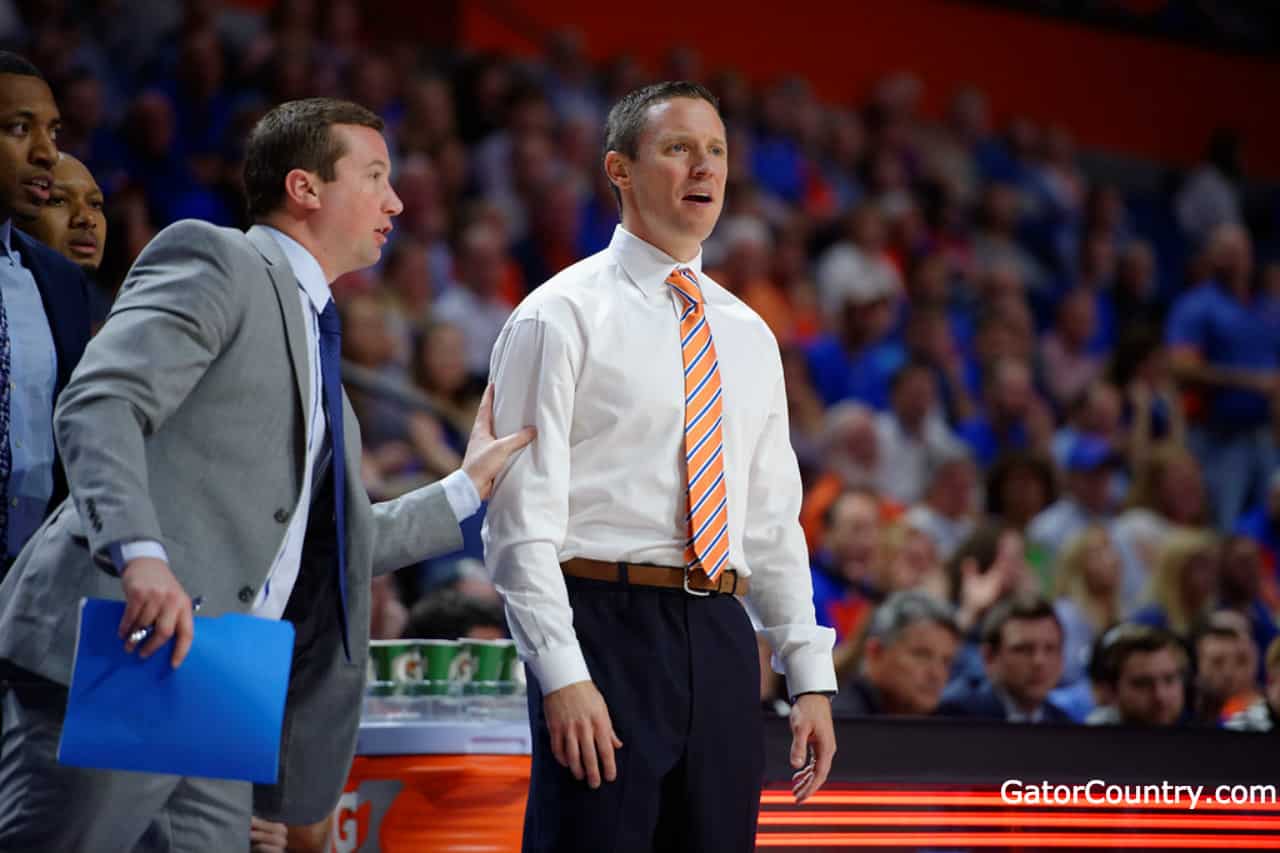