Baseball is a funny sport in that you never really know for sure if a player will ever live up to their promise. Guys like Todd Van Poppel and Brien Taylor were phenoms that never amounted to much as professional pitchers.

On the flip side, you have players like Mike Piazza, who was famously drafted in the 62nd round in 1988 as a favor from his godfather, then-Los Angeles Dodgers manager Tommy Lasorda. All he did was become the best offensive catcher in the game's history and a surefire Hall of Famer. There's also the best active hitter in the game, Albert Pujols, who wasn't taken until the 13th round of the 1999 MLB draft.

It is largely a crapshoot. But unlike the game of craps, the odds are still in the favor of the teams who do their homework. For the Oakland A's, they have been waiting for four years to see Chris Carter become the slugging first basemen they envisioned when acquiring him in a trade in December 2007.

Well, lost in all of the stories of 2012, Carter finally showed flashes of the explosive power that make him a legitimate 30 plus home run threat. Even more encouraging, Carter's plate discipline improved leaps and bounds in 2012. While he still struck out a bunch (83 times in 260 plate appearances), Carter also drew 39 walks in those same 260 trips to the plate. His .350 on-base percentage was even more impressive when you consider he hit .239 on the season.

Those numbers don't jump out at you, but the reality is, Carter's value lies in his ability to hit for power. A .514 slugging percentage and .864 OPS are what the A's are thinking will be harbingers of things to come.

Personally, I believe that he will improve on those numbers simply because his opportunity will increase in 2013, barring injury. The concern is that Carter needs to recapture the discipline he showed shortly after his call up from Sacramento last year, as he reverted to many of his old habits and now needs to prove to the A’s that it was just a slump and that he can continue to adjust.

But there are two reasons why things will be like they were when he arrived in June and not how he was swinging in September. One, Yoenis Cespedes and Josh Reddick are primed for better seasons than they had in 2012. For Cespedes, across the board improvements are likely as his ability to hit bad balls reminds me of a younger Vladimir Guerrero. With Reddick, he might not hit 32 home runs, but he is not a .240 hitter either.

Because the A's first baseman (either Carter or another large call up, Brandon Moss) could very well be sandwiched between these two hitters, pitches to hit will be seen. From what I observed, the biggest issue with Carter was his inability to turn on fastballs down-and-in on his hands. But he's not a one trick pony.

What do I mean?  Well, he was actually effective against everyone in 2012, regardless of handedness. His OBP split (.311 vs RHP/.404 vs LHP) is significant, but his SLG (.526/.494) actually shows a slight reverse platoon. His strikeout rate is still high, but anyone who saw him hit for the A’s last year saw a genuine middle-of-the-order threat. He came back to Oakland with a shorter swing and better approach, and it paid off.

Carter mashes pitches inside or out over the plate, which is no surprise. However, those strikes down-and-in have given him trouble. Looking at his profile by pitch type, he has been successful in that zone against breaking stuff, but fastballs and off speed have given him fits. The thing about that is, if you miss you’re leaving yourself vulnerable to serious punishment. Like, over the fence style punishment. That's because Carter showed the propensity (finally) to hit slight mistakes a long way. That will continue in 2013.

So on the whole, assuming Carter wins the first baseman job out of Spring Training (no given if Moss mashes in Arizona), I expect the kinds of numbers I honestly expected from him in 2011: Somewhere between .235-.245 with 27-33 home runs and around 85 RBI's. Considering where he has been in the last three years, I imagine most A's fans would take that and sprint with it.

Franklin Barreto ahead in A's second base race, competition remains

Franklin Barreto ahead in A's second base race, competition remains

A.J. Puk cut off his hair, but Daniel Mengden’s mustache is back 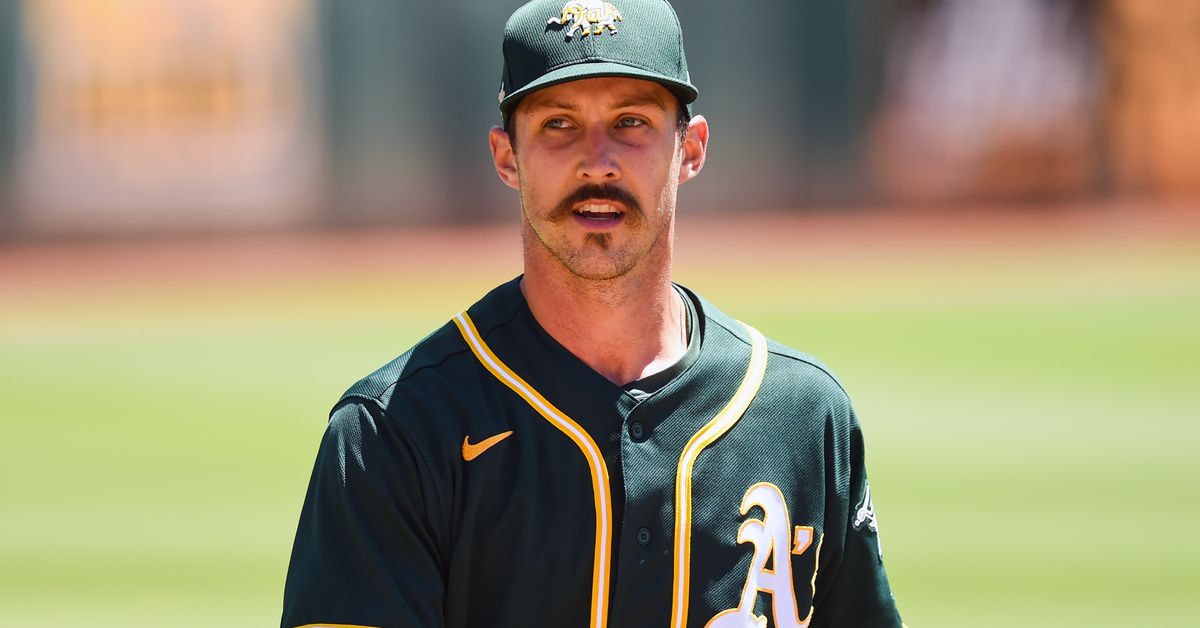 A.J. Puk cut off his hair, but Daniel Mengden’s mustache is back

Giants, A's to play pair of exhibition games ahead of 2020 MLB season 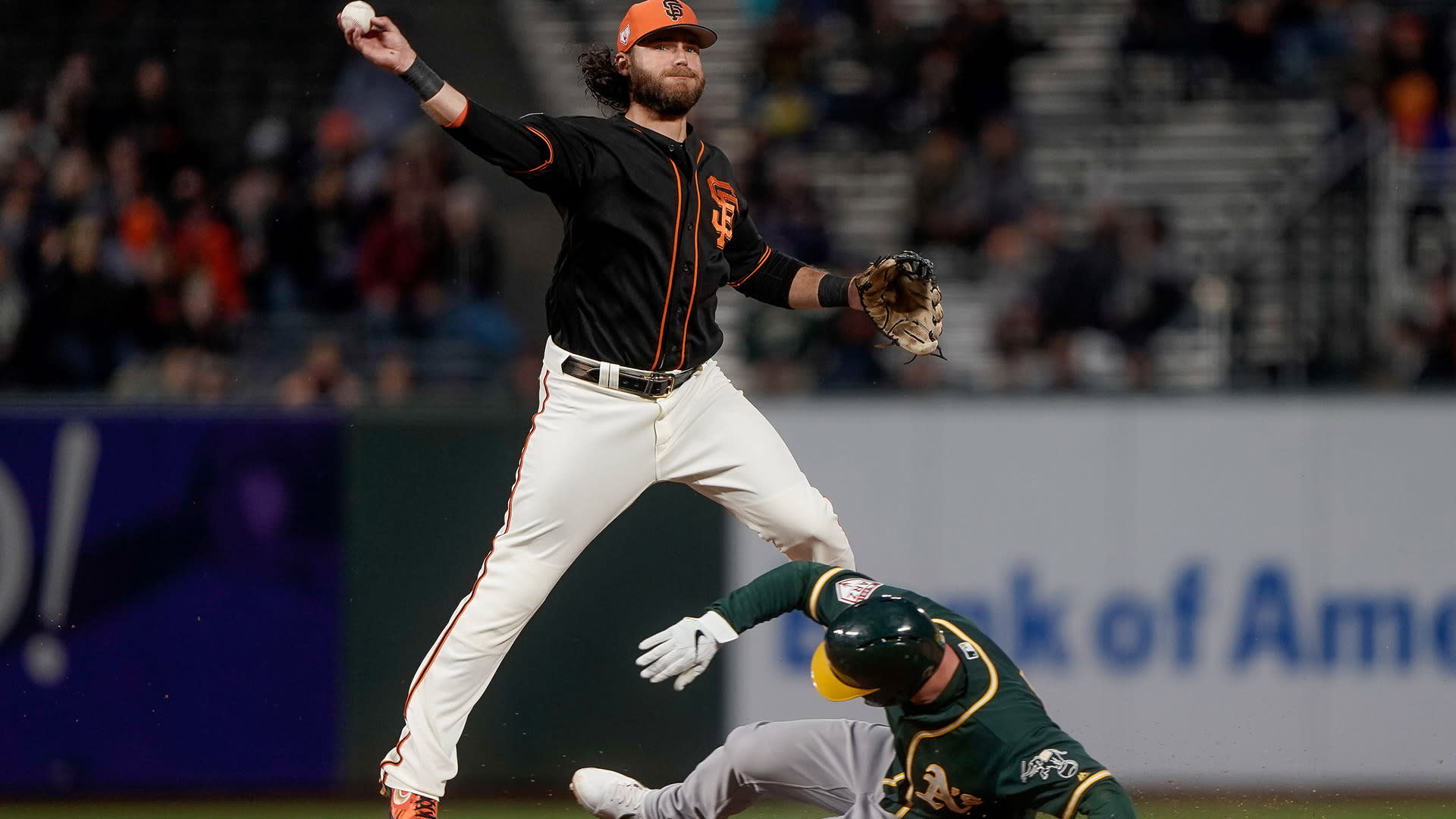 Giants, A's to play pair of exhibition games ahead of 2020 MLB season