It's hard to be a Tampa Bay Buccaneers fan. It really is. It has never been easy. Following a franchise who always seems on the verge of making a deep playoff run, but knowing there was always something lacking, makes each season difficult when the inevitable end occurs.

I became concerned about the future of this franchise a long time ago. They said Dungy Time was over, literally kicked him out, and brought Jon Gruden in. I was shocked.

It's the same feeling I have right now after the Wednesday cuts of several players, including Derrick Brooks.

That's right. Derrick Brooks, not only my idol, but the idol of every true  Bucs fan, was cut, along with Cato June, Ike Hilliard, Warrick Dunn. Yet Mr. Hands-of-Stone, Michael Clayton, is still a Buccaneer.

We were $50 million under the cap. No cuts like this were needed. And all of a sudden, some dumb moves are made. The face of this franchise, a former defensive MVP, and arguably one of the most intelligent players ever to walk this earth, was cut. There was no reason to. No major injury, no lack of productivity.

But it's just the latest in a long, long line of stupid moves made by the Buccaneers GMs and ownership (don't tell me Bruce Allen was the only one to blame for recent failures).

Let's back up to 2001. After building a decent team, decent enough to make multiple playoff appearances, the Glazers decided it was time to make the last step toward glory and respectability. This team has never been a young and talented team. Everything that was done was to "win right now."

So, the Glazers acquired Jon Gruden and then fired Rich McKay (great on draft days, awful on team management). We hoped it was the start of a new era. We thought we weren't a one-shot wonder. We were wrong. We were nothing more than dreamers.

Matter of fact, there has never been a plan, much less a Plan B. When things started going south, this franchise always look confused, starting with the QB position.

There has never been a true QB starter. I hoped Jake Plummer would've been an important upgrade. He was effective under a true offensive guru like Mike Shanahan. Plummer never wanted to be a part of the team, though, so we had to move on.

Garcia gave us some good games, he was effective, but had nothing more than one reliable receiver in two seasons—Galloway and Bryant, respectively.

We needed a RB, a true starter, since Warrick Dunn left the house for Atlanta. Pittman was not the answer. Cadillac, after his first season, spent most of his time on the IR list. Dunn was done before coming back, and Graham is nothing more than a Sproles.

After Warren Sapp, we were always looking for another dominant DT. The Glazer family thought a good DT would suffice, so they acquired Hovan from Minnesota, who is nothing more than a good starter.

We've been known lately as good but aging team. Few things were done to replace starters, and almost none of the were good.

So the fans started playing a stupid game and putting the blame on Gruden. The QB is intercepted twice? Blame Gruden. Clayton dropped an incredible amount of receptions? It's Chucky's fault. Cadillac was injured twice? It's all because of that damned head coach.

People tend to forget that the real reason for our failures is our management. Not only have the general managers sucked, but also the Glazer family, after that damned Super Bowl ring, no longer seems to care about its Bucs or the fans.

They invested in soccer. Manchester United, baby. That team wins a championship, wins the Champions League. OK, but you know what? It's easier because there's no salary cap. Teams that spend more have way more chances to win. I know that, I'm Italian. I know it because of how soccer rules our country.

McKay was good at evaluating talents on draft day. But he proved that, over the long haul, you need more than that to build a winning franchise. He wasted all the space under the cap. When Bruce Allen joined the ship, the damage was already done. After three seasons, we finally had enough space to make significant moves.

They brought in Garcia but no wide receivers to complement him. They drafted Dexter Jackson in the second round. He was supposed to be a PR/KR but lost his job to Clifton Smith.

But Gruden never liked that move. Voices around the Bucs said that Gruden and Allen, once good friends, were not talking to each other during the last two years. Bucs fans blamed Gruden. And now he is gone. Happy?

Allen did some good things, though. He helped us building a very good offensive line. Some key acquisitions were made on defense, too. But overall he was pretty useless.

Now I realize why Scott Pioli is regarded as one of the best. Now I realize how Bill Parcells resuscitated our cousin Dolphins. They had a plan and were not afraid to make mistakes. It's a plan we've never had. Without a competent captain, even the best ship, no matter how well equipped, will sink.

I'm looking at my team, my beloved Buccaneers. I will always love them. I used to see them as the Eagles (no rings, lots of respect), and now I see them as the Raiders (a championship, but fallen far from the glory days).

We have to blame the Glazer family for never looking at the future. They never cared about us. If McCay and Allen killed our team, the Glazers are partners in crime.

Yet we hope for a brighter future. 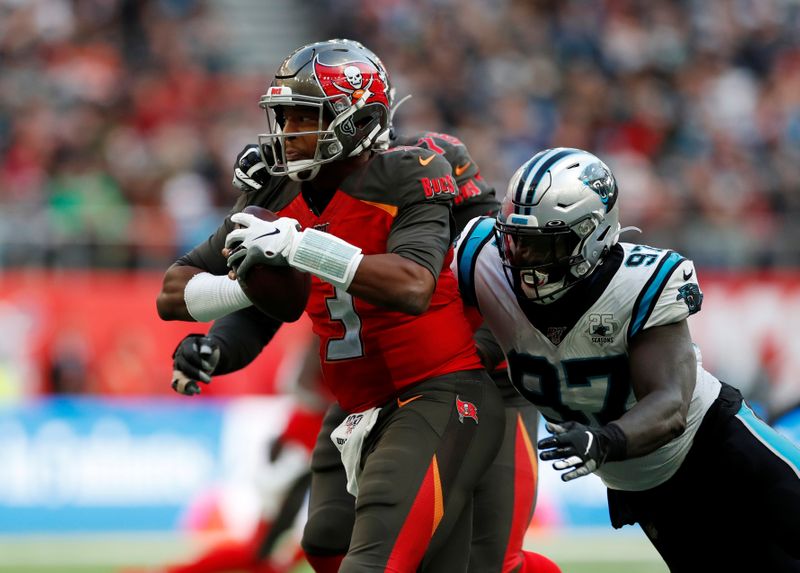