For a little more than 57 minutes, all of Tim Tebow's critics had huge smiles on their faces. They were growing louder by each three-and-out and patting themselves on their backs pretty hard. The former University of Florida quarterback began his first start of 2011 just 3-of-9 passing for 24 yards, had 48 yards rushing and was sacked seven times.

However, in the NFL they play 60 minutes.

Tebow finished the game 10-of-18 passing for 137 yards and not one, but two touchdowns through the air. He was also able to convert a game-tying two-point conversion on a QB scramble with just 17 seconds remaining.

After a three-and-out on offense, the defense was able to force a fumble on a sack of Dolphins QB Matt Moore. The Broncos ran three times before Matt Prater drilled a 52-yard field goal to win the game.

It may not have been pretty, but in the National Football League a win is a win. Tebow is 1-0 this year, now 2-2 as a starter, and brought the Broncos back from a 13-point second-half deficit twice already in his short career. Tebow continues to do what he did in college, high school, pee-wee football and every other time he straps on a helmet—win.

Even though Tebow is 1-0, the Broncos are still just 2-4 on the season and look like they lack depth or playmakers on both sides of the ball. So it begs the question, what does Tebow have to do this year for this season be considered a success?

I think the answer to that question is nothing. There isn't a single thing Tebow can do this season short of finishing the season out 11-0 and leading the Broncos to the playoffs. Just winning a few games or putting up decent numbers a handful of times will not be enough to silence the critics at all—it may not even be enough to keep his job.

It doesn’t appear that he has the full support of the coaching staff or front office. They have been reluctant to make this move, even with the mass public outcry for it to be made and despite the fact that a first-round draft pick was used to select the former Heisman Trophy winner.

However, at just 1-4 and playing without any real passion or fire behind Kyle Orton, a change needed to be made.

Tebow made plays with his arm and legs Sunday, like always.Marc Serota/Getty Images

Now that it has been made and Tebow has matched Orton's season win total in just one game, you would never know it. You would think Tebow's critics may have been momentarily silenced by a comeback win in which Tebow led his team to 15 points in the final 2:44, but that is clearly not the case.

Tebow's naysayers will point to his wobbly passes, missed reads or inaccurate throws, plus the fact that they were shut out after three quarters. They are using this as "evidence" that he is not a starting quarterback.

If Tebow is being so clearly knocked after leading his team to a tremendous fury of a finish for a comeback win that 31 other QBs in this league would have been praised for, will any number of wins this year be enough?

Does Tebow need to have a winning record to be successful? Do the wins even matter?

I don’t think so. He's already got as many wins as a starter as Cam Newton—in three less starts—and with a far less-talented team. That doesn't seem to matter, though.

What if Tebow starts to throw for 250 yards and two touchdowns a game?

Tebow also has seven rushing touchdowns for a total of 15 touchdowns in three games. The passing numbers may not be there yet, but the overall scores indicate that it doesn't seem to matter.

It seems like the eight ball Tebow has been behind since the NFL draft is staying with him even into his second year in the league. For some reason he is being held to a higher standard than other quarterbacks. Because he had so much success in college it is assumed he should be able to just come into the league and be great.

However, that's not how it’s done in the NFL. Fans need to remember there is a learning curve. There is a process to becoming a successful NFL QB.

This is still just Tebow's FOURTH start in the NFL. Peyton Manning went 1-15 as a rookie and threw a slew of interceptions. Aaron Rodgers didn't start for three years, got time to watch and develop, and he still went 4-12 in his first year as starter.

Tebow is not going to throw for 300 yards a game. He is not going to have the precision passing or accuracy of a Manning, Tom Brady or Rodgers. That's just not who he is.

Instead he is a guy who is going to work harder than 99 percent of the rest of the league. He is going to provide an emotional spark and get his team fired up for an entire 60 minutes. He is going to use both his arm and legs to make plays. If you let his team hang around, Tebow is going to find a way to will his team to a win.

In the end, Tebow is just going to get it done—that's what Tim Tebow does.

Even if it's with 160 yards passing. Even if it means being 3-of-9 passing after three quarters.

It was nice to get a win yesterday, but it was against the winless Miami Dolphins in a stadium that was tremendously in favor of Tebow. The Broncos aren't a greatly talented team, and the schedule the rest of the year features a great number of tough games in which Denver will be undermanned and outmatched. The wins may be few and far between the rest of the year.

It's time for everyone to just take a step back and stop expecting so much so soon. By doing so Tebow is just put in a position where nothing will be enough.

For Tebow to be successful, he needs to just keep doing what he does.

The numbers, the statistics and all of that shouldn't mean anything to him. There will be nothing he can do statistically that will silence the critics, so he just needs to keep playing and develop into the best QB he can be. The rest will all play itself out. 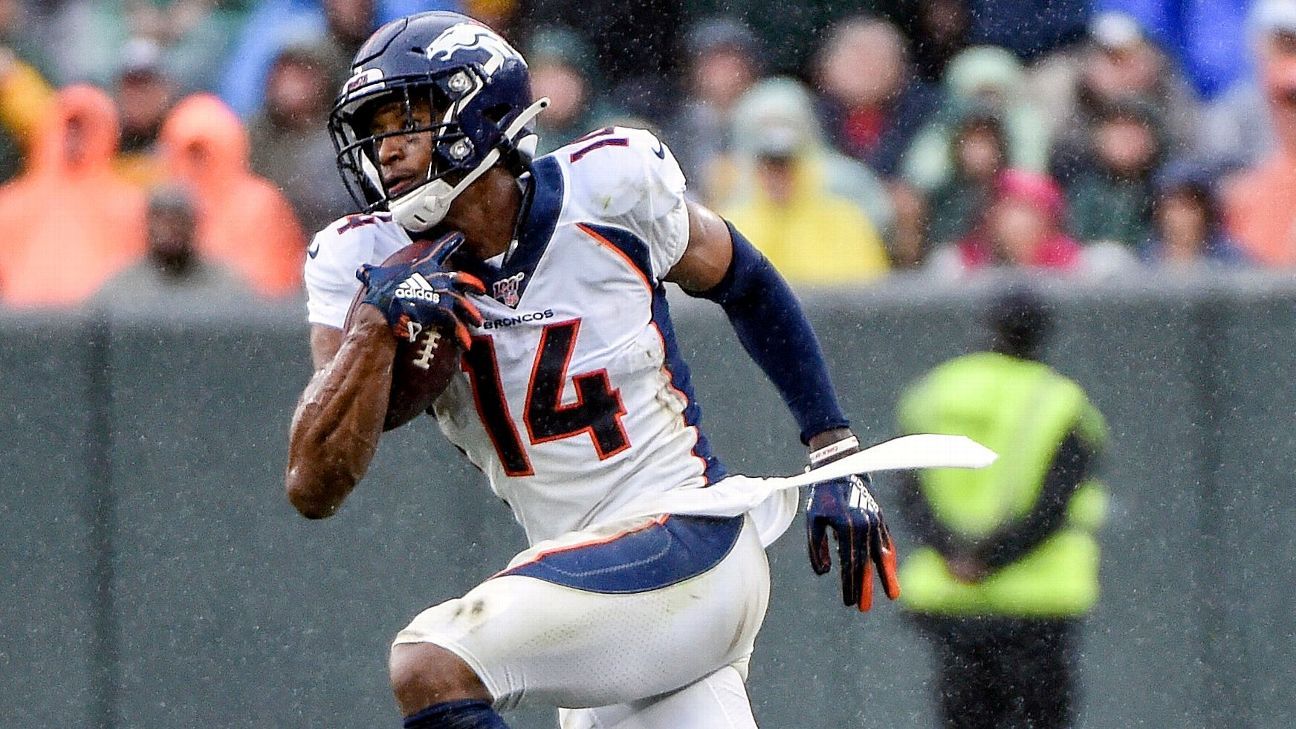