The Baltimore Ravens are where they want to be at 2-1 (even though 3-0 would be better) and shares the top spot of the AFC North with their rival Pittsburgh Steelers.

It’s early.  However, the Ravens are sitting in unfamiliar territory as their defense is not ranked in the NFL’s top ten – currently are 13th in total defense allowing 329.3 yards per game – while their offense sits in the 8th spot, averaging 28.3 points and totally 389 yards per outing.

As the Ravens progress into the month of October, starting against the New York Jets Oct. 2, with sights on another successful 30 days, consistency is what Baltimore lacks.

“The No. 1 thing we have to work on is consistency,” said Ravens offensive coordinator Cam Cameron who is in his third season with the club. “We have kind of gone like this [up and down] over three games. We’ve got to be able to develop a consistent… I think everybody knows what we want to do. I hear a lot about the identity thing. It’s clear the identity we want to have.

“I think those are the things that Mike [Duffy] is alluding to, but you have to do it consistently, and you have to do it against good defenses,” he continued. “This is a great challenge for us this week. We’re doing a lot of things good. I don’t know if we are doing anything great yet, or anything anywhere close to where we want to do it, but the one thing we definitely have to improve on is our consistency.” 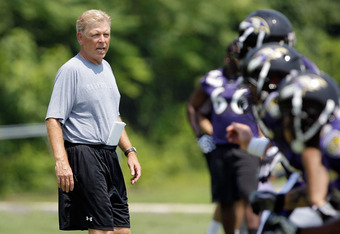 The Ravens started their season against the team that ended their season and Super Bowl chances in the Steelers.  While the Steelers looked sharp and aggressive during the preseason, concerns surfaced around the Ravens, nationally, regarding their offensive line and quarterback Joe Flacco’s development.

Center Matt Birk and newly acquired tackle Bryant McKinnie had not played a down during the team’s exhibition games.  Birk had surgery on his knee at the beginning of training camp and McKinnie was released by the Minnesota Vikings in mid-August due to, allegedly, being out of shape.  The Ravens signed McKinnie on Aug. 24, and after the Dallas Cowboys’ last preseason game, they released center/guard Andre Gurode, who also knee surgery, and Baltimore signed him shortly after on Sept. 4 to a 1-year, $3 million deal.

Birk and McKinnie started in the season-opener. Despite not playing in August, these veterans allowed their experience to do the talking to their naysayers.  The Ravens offensive line handled everything that was threw to them by the Steelers and help bullied the black and gold towards a 35-7 beat down of their hated rivals at M&T Bank.

With sustained confidence after punishing the Steelers, the Ravens next opponent appeared, to the public, to be a pit stop towards an undefeated month when Baltimore traveled to Tennessee to take on the Titans.  Unfortunately, the Ravens hit a pot hole as the Titans, thanks to the wide receiver Kenny Britt, torch the Ravens 26-13. 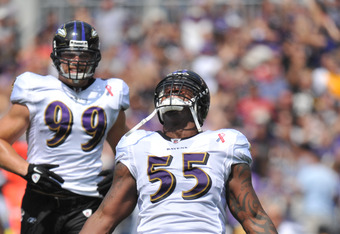 “One thing I’m not happy about is we let one go…with me it’s not that you lost, it’s how you lost,” said Ravens linebacker Terrell Suggs, who is tied 4th in the league for sacks (4).  “Tennessee lined up and played their best game and they beat us and be it.  It was a great football game that they won.

“”I think we gave them a lot of help in beating us,” he continued.  “We beat ourselves but you can’t discredit Tennessee…they are 2-1.”

When Ravens head coach John Harbaugh was asked if the team’s worst game is behind them, he said he would hope so.

“The Titans game? I sure hope so. I hope that’s the worst game, but it’s unpredictable,” said Harbaugh. “Those are the kinds of things you just really don’t think about, to be honest with you. From a coaching perspective or a player’s prospective, that’s not even something [that occurs to you.]

“It’s a great question to think about, but we just don’t even think about it because it doesn’t have any bearing on what we’re trying to do in a given day,” he added. “So, I hope so, but that’s not really something to think about.” 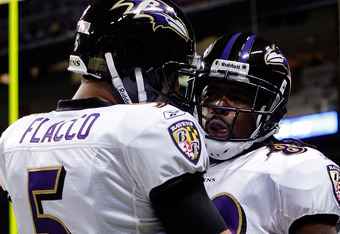 Baltimore bounced back the following week and put to bed all doubts about being a legitimate Super Bowl team as they aired the Rams out of St. Louis with a convincing win, 37-7 on Sept. 25 to end the month, making franchise history.

The Ravens gained a total of 553 yards, setting a franchise record. Not to mentioned the club put up the most points in the first quarter with 21 which was too a team record, thanks to Flacco's three touchdown hook ups with rookie wide receiver Torrey Smith – in his pro debut.

The offensive explosion the Ravens had in Week 3, shocked the masses.  For Baltimore, their first quarter output came to no surprise because their performance is display during practice.  Clearly, it will take patience on the Ravens side to develop consistent offensive firepower on game days, and their fans have to wait comfortably as well.

“I know you guys had a hard time believing us when [head coach] John [Harbaugh] was saying patience, and I was talking about it [too],” said Cameron. “In practice, he was practicing like that. It hadn’t come up the way we wanted it in a game yet. It didn’t translate yet. Obviously, you guys don’t get to see that, but it really wasn’t a surprise to a lot of us. 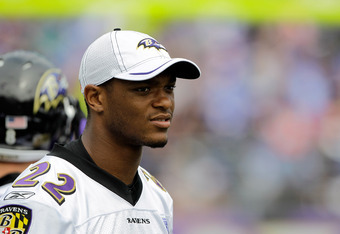 “If you have seen practice – especially the last two weeks – that is the way he has practiced; just like you saw in the first quarter of that game.”

Despite having a Bye Week for Week 5, the Ravens have four matchups, starting with the Jets at home.  Baltimore has one road game in October, which will be held in Jacksonville for Monday Night football in Week 7 on Oct. 24.  Oct. 16, the Ravens will take on the Houston Texans in Week 6 and for Week 8 on Oct. 30, the Arizona Cardinals make the journey to M&T Bank Stadium.

Rookie cornerback Jimmy Smith should be in the lineup after the bye, in time to help face the likes of Texans wide receiver Andre Johnson and Cardinals wide receiver Larry Fitzgerald.

The Ravens should come out with another 3-1 record for the month of October, standing at 6-2 heading into the meat of the NFL season.

All quotes were received first-hand. 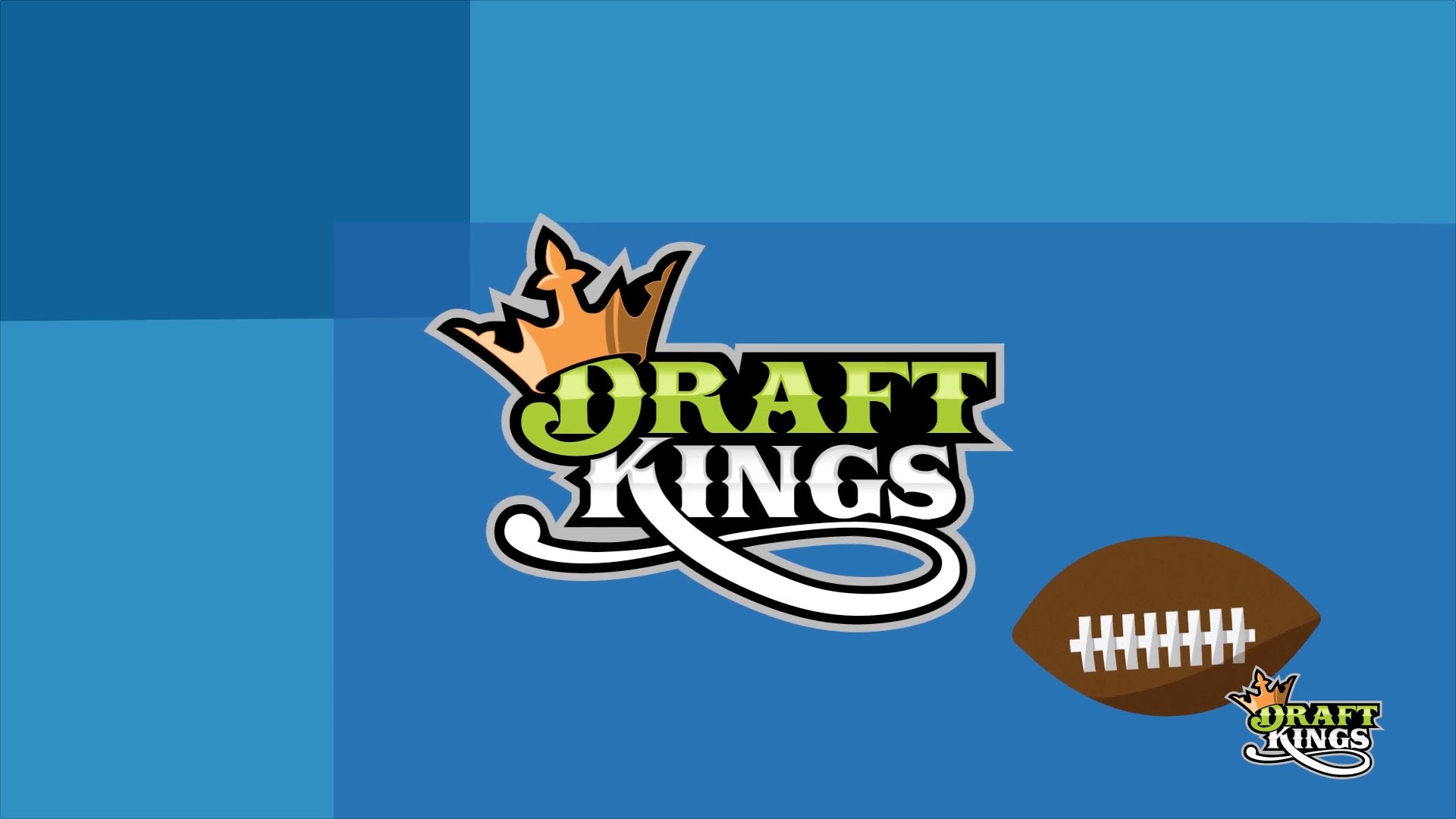