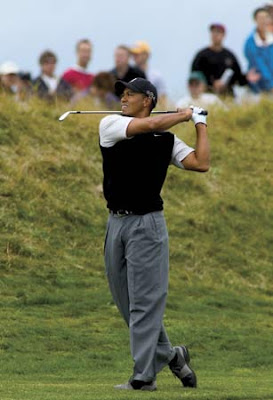 After nine years sponsorship from Buick and General Motors, Tiger Woods and GM announced today that they are ending the contract between the Automotive Giant and the Sports World Giant.

GM said in a statement today that it is looking to reduce costs, and that the star golfer also wants more personal time as he expects his second child.

GM’s vice president for North American sales, Mark LaNeve, says the separation is the result of discussions earlier in the year and is not related to the company’s campaign for $25 billion in loans from the federal government.

There are two thing to consider here.

1) If Tiger Woods cant' help you sell more cars, who can?

2) It's not related to the $25 billion buy out loan? It freaking better be! If you are asking the U.S. government for $25 Billion, you better re-think the millions of dollars you are giving golf's superstar to put your logo on his bag.

Tiger had no comment on being relieved not to have to drive a Buick any longer.