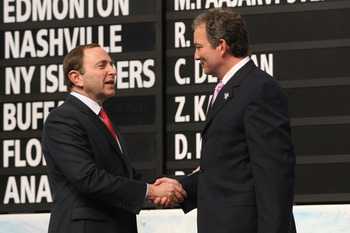 The Atlantic is one of the NHL's most fiercely contested divisions.

Until this season, the Atlantic was represented in the Stanley Cup Final three straight years.

There is no shortage of animosity between any of the clubs, and the draft provides yet another opportunity to get a leg up on hated rivals.

Let's take a look at each team's best-case scenario when their turn comes around. 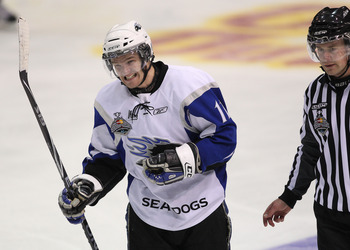 The Devils have future needs at nearly every position.

The team selected two goalies in 2010, and there are no goaltending prospects that would merit such a high selection this season.

At No. 4, New Jersey will likely focus on a versatile forward or puck-moving blueliner.

A closer look at the Devils' recent prospects reveals moves that have focused on the blue line.

The selections of Jonathan Merrill with their top pick in 2010, defenseman Joe Faust two rounds later and the their recent acquisition of Maxim Noreau from Minnesota indicate that this may be a year that they focus on a forward.

Filing for arbitration with Zach Parise avoids having to match other teams' offers this season and gives the Devils more time, but there is no guarantee that New Jersey will be able to keep their star winger long term.

Huberdaeau offers the Devils flexibility, as he can play center and on the wing. He has rocketed up the draft charts because of his production this season, but Huberdeau also applies his skill in the neutral zone and in the defensive zone.

The Devils historically look for three-zone ability, and no one fits that mold in this selection quite like Huberdeau. 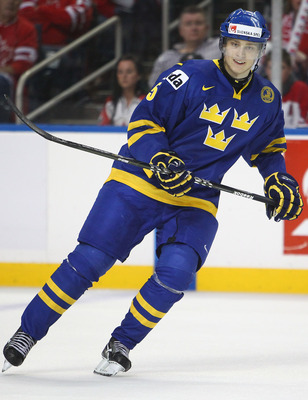 The Islanders are a young, talented team on the rise.

Needless to say, the prospect cupboard is stocked plenty full, particularly on the wings and with puck-moving defenseman.

Check around many of the mock drafts and you will find that a lot of folks think the Isles could use the selection on a big-bodied thumper on defense.

While that may be a nice element to add to this team, drafting this high, teams like to add skilled players.

For what seems to be nit-picky reasons, Swedish defenseman Adam Larsson has slipped a bit in the opinions of a few scouts.

His mini-slide could be the Islanders' dream come true.

Larsson has spent his past few seasons playing with Skelleftea in the Swedish Elite League. He has a big body with an all-around game that has drawn comparisons to Nicklas Lidstrom.  Last time I checked, Lidstrom has worked out pretty well in the NHL. 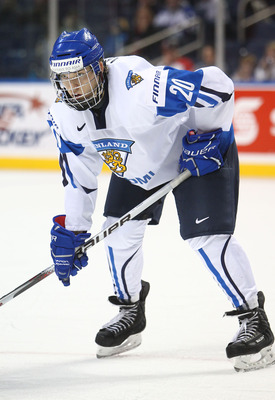 Like their rival Islanders, the Rangers possess an embarrassment of prospect riches.

Yet, aside from Kreider, the Rangers have little in the way of pure goal scorers in waiting.  That fact cannot bode well for a team that struggles at times in that department.

Despite some defensive deficiencies, Joel Armia is a highly regarded goal scorer.

Back checking is a whole lot easier to teach than putting the puck in the net.

With that said, Armia the sniper could be just what the doctor ordered for the Rangers. 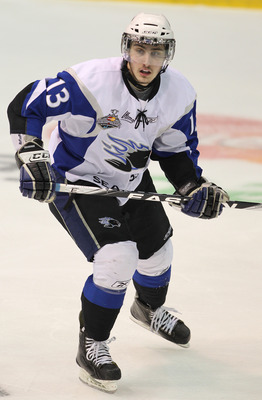 In a recent interview, Pittsburgh Penguins GM Ray Shero and assistant GM Jason Botterill talked about what the Penguins look for in a prospect. On the ice, the three qualities Penguins scouts look for in players that will stand the test of time are compete level, hockey sense and versatility.

It’s not always about the biggest players, explained Botterill, who cited Sidney Crosby (5'10"), Pavel Datsyuk (5'11") and Henrik Zetterberg (5'11") as prime examples. They’re looking for those players who have the will and desire to win battles on the ice.

“Those three are strong players and they find a way to get the pucks in the corner,” Botterill said. “But are they always getting the puck with big huge checks? Are they the biggest people out there? No, but their compete level is extremely strong, and that’s what we talk a lot about on our team.”

The Penguins have a few decent centers on the team already...pretty decent, at least.  They can list defense and goaltending as strengths as well.

Therefore, it is no secret that Pittsburgh will be looking to add talent on the wings.  Right wing is a particular area of interest to be sure.

His dazzling YouTube skill videos aside, Jurco has a keen hockey sense, a drive to win battles, back-checking ability, a nose for the net and he plays right wing.

In short, he is the ideal scenario for Pittsburgh. 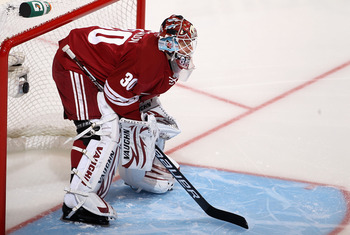 Yes, the third-round selection of the Pittsburgh Penguins is the first pick for Philadelphia in 2011.

Kris Versteeg came to Philly, by way of Toronto, in exchange for the Flyers' first and third selections. Their second selection was part of the trade with Phoenix that landed Dan Carcillo.

Flyers GM Paul Holmgren said: “Just like any other draft we go in with an open mind, listening and seeing what’s available. Obviously, there are teams trying to jockey for positions right now. I think there are a few teams from what I can gather that have later picks that are trying to move up. It just seems likes there’s a lot of talk right now anyway around the league, so there could be a lot of things happening as we get closer to Friday.”

Much has already transpired in the Flyers' offseason, including acquiring the negotiating rights to Ilya Bryzgalov in an attempt to bolster the team's goaltending.

The cost of signing Bryzgalov to a new deal has led to rampant speculation about Philadelphia clearing cap space by trading one or more of their pricey veterans.

Jeff Carter has been mentioned as a potential player to come in a swap with Columbus that  would land Philadelphia the eighth overall selection.

While a premier draft choice would be nice, trading away a young player who has already proven capable of scoring 40-plus goals is a real risk.

The ideal scenario for Philly would be for the team to take advantage of the additional cap allowance, up by nearly $5 million next season, and move a less valuable asset than Carter to move upward on the draft board.

Who and at what selection will depend on the asset the Flyers trade away. 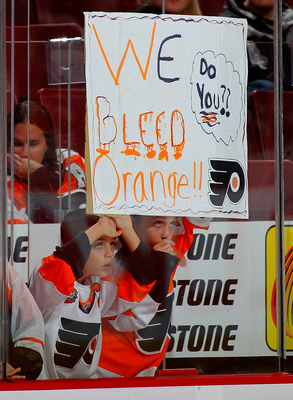 So there you have it.

Do you have a different ideal player for your team in mind?

If so, let's talk about it.