Otis Sitrunk, George Atkisson and Jack Tatum were feared and respected by all NFL teams during the 70's

The Oakland Raiders. The only NFL team that wears the "Black Sheep" mark on its back due to its history of being the dirtiest, nastiest and meanest team around. The Oakland Raiders represent the dark side of the NFL. The "Bad Boys" of NFL football.

They have always been considered the underdogs and for many fans, they are the rebels that grow stronger when the odds are against them. As Rapper Eminem says,"They feed me the fuel that I need for the fire to burn and it's burnin' and I have returned!" Yes, the Oakland Raiders have returned!

Even Raiders owner Al Davis has always had the reputation of being a fighter himself. Over the decades he has had to battle the NFL. He is known as the "Maverick" by other NFL owners and is, quite frankly, just a living legend.

Knowing Al Davis and his love for the game, it is very easy why he would sign not only the best athletes, but also the toughest and meanest. He would take players who were considered washed up and "fuel the desire." The Oakland Raiders during the '60s were a rags to riches team, they had struggled before the arrival of Al Davis and soon after they would become winners.

To make the team winners Al had to pick the fastest and biggest players around. He also expected the Raiders to be respected so he picked the meanest players around as well. After all, the Oakland Raiders originate from a playing field named after the local undertaker. It was a sign of the "darkside." Welcome to the Black Hole, baby!

Let's begin with the forever remembered Jack "The Assassin" Tatum. Jack Tatum earned his title by making wide receivers pay (in pain) for every attempted catch in the secondary. Tatum was feared and respected by every wide receiver he played against, whether they respected him or not they always knew where he was at on the field and if they didn't...well, they paid for it. Tatum was basically the hardest hitting free safety to the point of legal mayhem.

At 5'11" and 205 lbs, Tatum was not big in football standards. He would hit running backs, receivers or anyone who held the ball with pile-driving force.  So hard in fact that he unfortunately paralyzed New England Patriot Daryl Stingley in a helmet-flying jolt. The incident became a "symbol of violence" in NFL football.

Tatum always felt saddened by the play but he was taught to hurt players on the field and he was the best. Jack Tatum put it in simple terms, "I'll play the game the way the rules are written—I am supposed to hit people and destroy the play and the harder I hit them, the better I can do the job." Jack Tatum R.I.P. (November 18, 1948–July 27, 2010)

The next bruiser is Oakland's George Atkisson. As you sit and watch the gentleman sportscaster, its tough to imagine George as being a mean player, but do not be fooled. George Atkisson was a nasty, mean and tough Oakland Raider.

Atkisson is always remembered in NFL footage as hitting Pittsburgh Steelers WR Lynn Swann in the back of his helmet. Lynn Swann was knocked unconscious and given a concussion. Lynn Swann would receive another concussion from George in the AFC Championship game. Soon after, Pittburgh Steelers head coach Chuck Noll called George Atkisson the "criminal element" in NFL football.

His name alone is just mean. Alzado was signed by Al Davis after the Cleveland Browns traded him in 1982.  Lyle Alzado had a tough life as a kid and put all his temper into football.

On the field he was an absolute animal and it helped him get a Super Bowl ring with the Oakland Raiders in 1983. Alzado's temper and meanness was known throughout the NFL. He would shove, push opposing lineman and at one point he threw his helmet at an opponent's helmet.

Alzado admitted to taking steroids and it may have contributed to his anger but overall the guy was simply tough, nasty and was a fit perfect for the Oakland Raiders. Lyle Alzado once made the comment, "If me and King Kong went into the alley, only one of us would come out. And it wouldn't be the monkey."  Rest in Peace, brother. (April 3, 1949–May 14, 1992)

Another tough mean Oakland Raider is none other than Otis Sistrunk. It's players like this that just make you proud of the heritage and toughness of the Silver and Black. Probably one of the best defensive lineman to play for the Oakland Raiders, Sistrunk never played college ball and was simply a freak!

One of the greatest and toughest linebackers to play football is tough guy Ted "The Mad Stork" Hendricks! Ted Hendricks was just everywhere and had the attitude to be rude to opponents during his tenure (1975-1983) with the Silver and Black. Hendricks was relentless and would get into the backfield faster than most and drag opponents down with a ferocity.

Hendricks was known for his forearm pads and if he couldn't grab you then he would simply smash opponents to the ground. Hendricks was durable and played all games during his "Silver and Black Attack" years. To date, there is no one that can match his play.

Gene Upshaw was another intimidator as both he and Art Shell would simply run over anyone that dared to stop their charge. He is also the only NFL player to play in three Super Bowls with the same team in three different decades: 1967, 1976 and 1980.

The Oakland Raiders were just magnificent, and players like Upshaw showed why they were feared. It wasn't that they were mean, they were just tougher and nastier! They could beat down opponents and humiliate them in front of millions. Gene Upshaw did just that as he and the Raiders beat the wings off the Philadelphia Eagles in Super Bowl XV.

As the Oakland Raiders left offensive guard he overwhelmed defensive lineman. Defensive Hall of Famers (Alan Page, Minnesota Vikings) were no match for the strength, toughness and domination of Upshaw. It is no wonder that he was able to win so many titles as an Oakland Raider and will always be known for being one of the top 100 players of all time. R.I.P Gene Upshaw. (August 15, 1945–August 20, 2008)

The Oakland Raiders also had probably the toughest running back around named "Bo Jackson". Bo Jackson was the toughest around and even Brian Bosworth can testify to that as Bo Jackson ran through him as if he was a little school girl. Bo Jackson was no ordinary human; he was the baddest dual sport athlete for the Raiders and there is no one in this century that has matched his MVP status of both sports. That's a bad dude and he wore the Silver and Black. Al Davis made a great decision bringing in Bo.

So how about today's Oakland Raiders? Does any one fit the bill as being tough, mean and nasty? One honorable mention is Charles Woodson, who is still playing and was not only a great CB for the Raiders, he was also a powerful tackler.

Of course there's some toughness in the ranks as the Al Davis ideology has not changed. Enter MLB Rolando McClain. Rolando McClain showed his ferocity last season when he picked up St. Louis Ram WR Danny Amendola and suplexed him down to the ground. The pummel disheartened Amendola and to this day he fears the footsteps of McClain.

Rolando McClain then made another statement to the San Diego Chargers when he knocked RB Darren Sproles into a concussion and right out of the game. The hit was not at all a cheap shot. It was, in fact, the most beautiful play of the game if you were an Oakland Raider fan.

Then we have the living giant Richard Seymour. Richard Seymour was released by the New England Patriots since they felt he had lost his step. Anyone can tell you that he is playing at a higher level and it may be that Silver and Black has always been the love for this ferocious lineman.

Richard Seymour says he will retire a Raider and much like Ted Hendricks looks to become an all-time great. He has the same power and agility to get into the backfield and pummel QBs. Tom Brady will get the feel of his rage and strength when the two teams meet in Oakland this season.

Lastly is none other than RB Darren McFadden. McFadden is a solid running back; above all he is tougher than nails. If any opposing player decides to tackle Mr. DMAC well, they can expect a powerful blow. Darren McFadden is not a big RB, but he packs a punch and is mean and nasty when on the gridiron. Last season Darren McFadden punished Reynaldo Hill of the Kansas City Chiefs to score a TD that day.

The Oakland Raiders are returning to their former selves and it has been enjoyable to see them come out of the slumber. Though many "Raider haters" say last season was a fluke, the Raidernation knows otherwise. The defense is unstoppable! The Raiders are mean and tough and it will get nasty by the end of 2011! As always, I am proud to be an Oakland Raider fan. 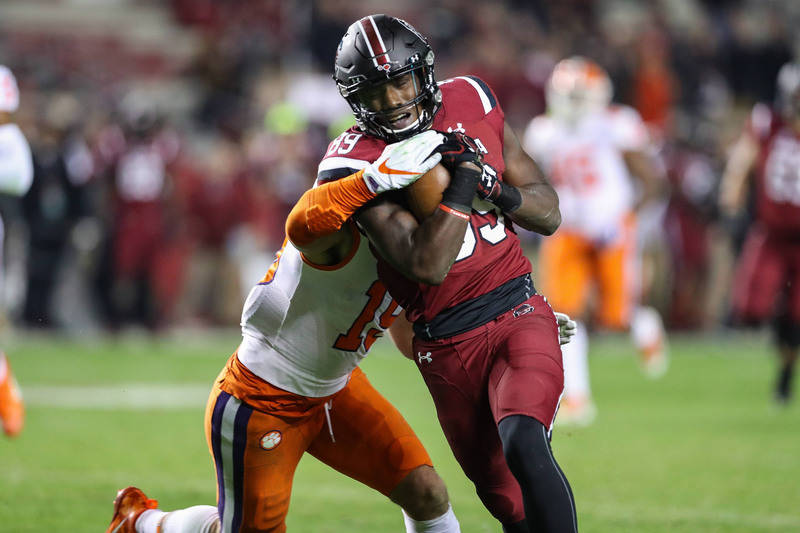