Rafael Nadal and the Top 23 Left-Handers in Tennis History 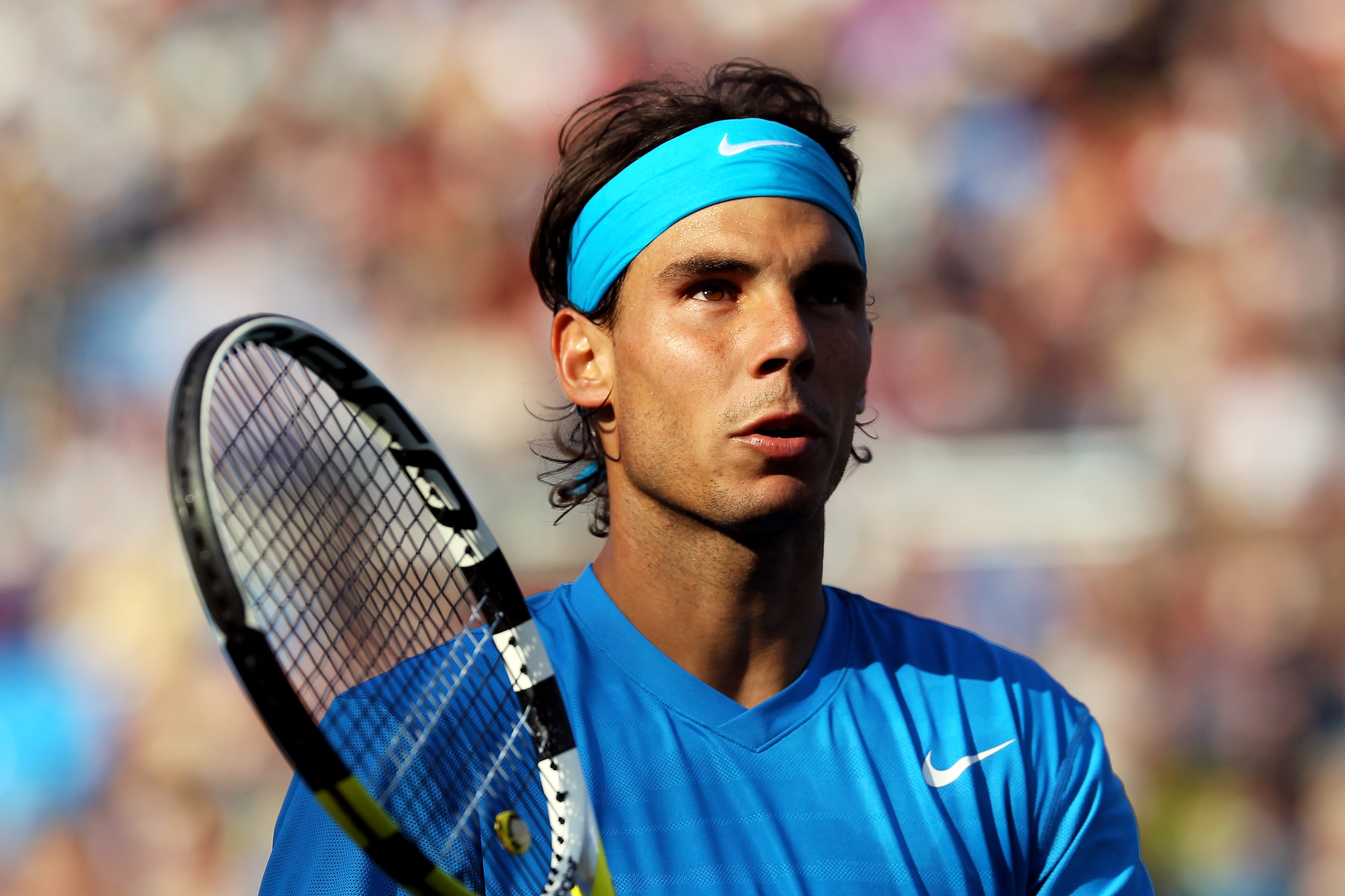 As we are getting ready to watch some great tennis at Wimbledon, this slideshow will look at the best, in no particular order, when it comes to left-handed players.

I have tried to mix it up a little by including both men and women as well as pre-Open Era and Open Era. There is a vast amount of information available, and you cannot put it all in the slideshow.

So, they'll of course be those who unfortunately did not make the list, and for those that are listed, I will be providing some highlights of their career.

On each slide there will be one or two reference links to sites that I used to gather information. Hopefully, you will find it beneficial in learning more about these tennis greats.

Please feel free to share and comment. Hope you enjoy this as much as I enjoyed putting it together. Let's begin... 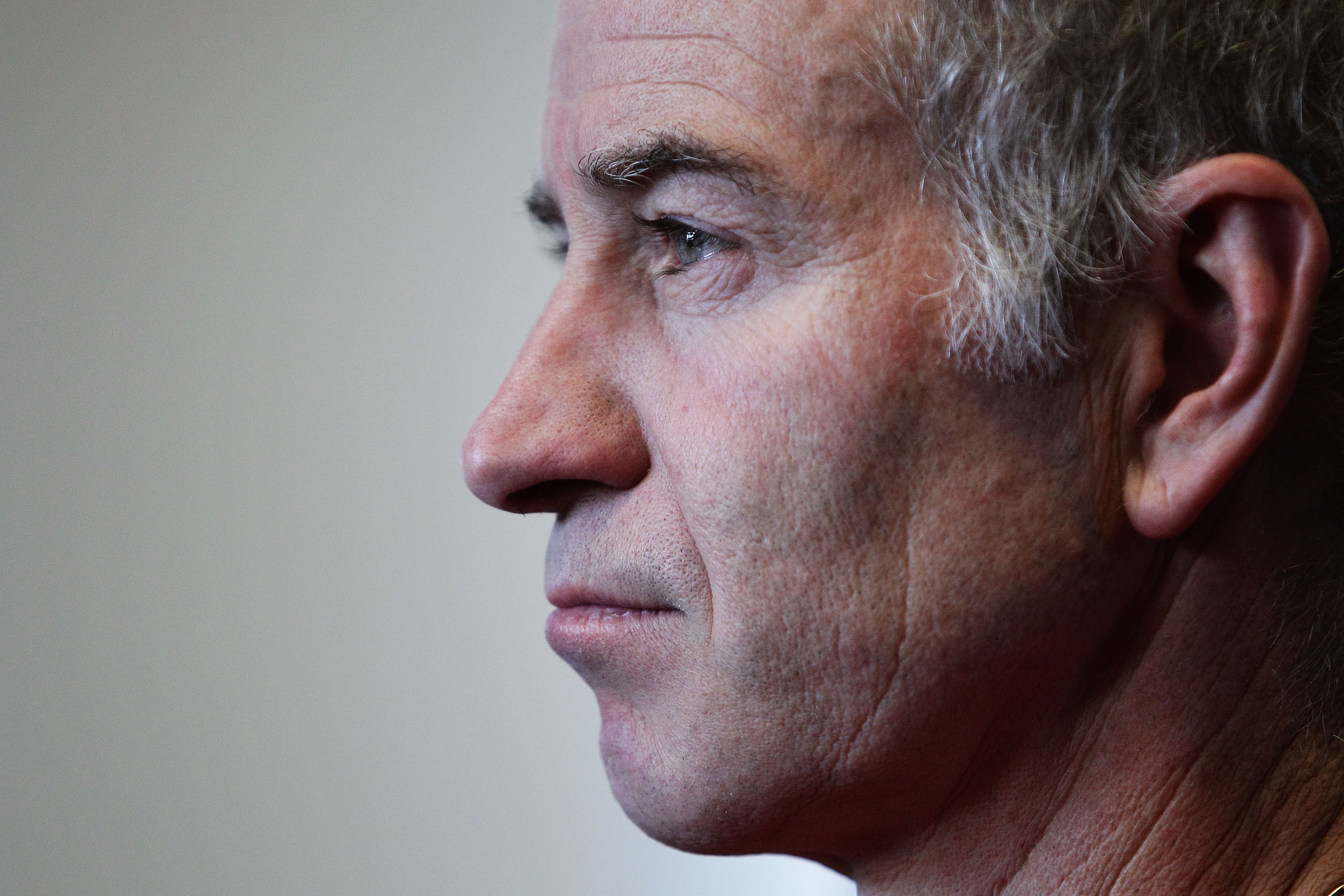 McEnroe is probably one of the most memorable players for his on-court outbursts and antics. However, just as equally, he is known for his phenomenal tennis.

This former World No. 1 played and won titles in singles, doubles and mixed doubles.  McEnroe retired in 1992. He was elected to the International Hall of Fame in 1999. He currently works as a tennis commentator. 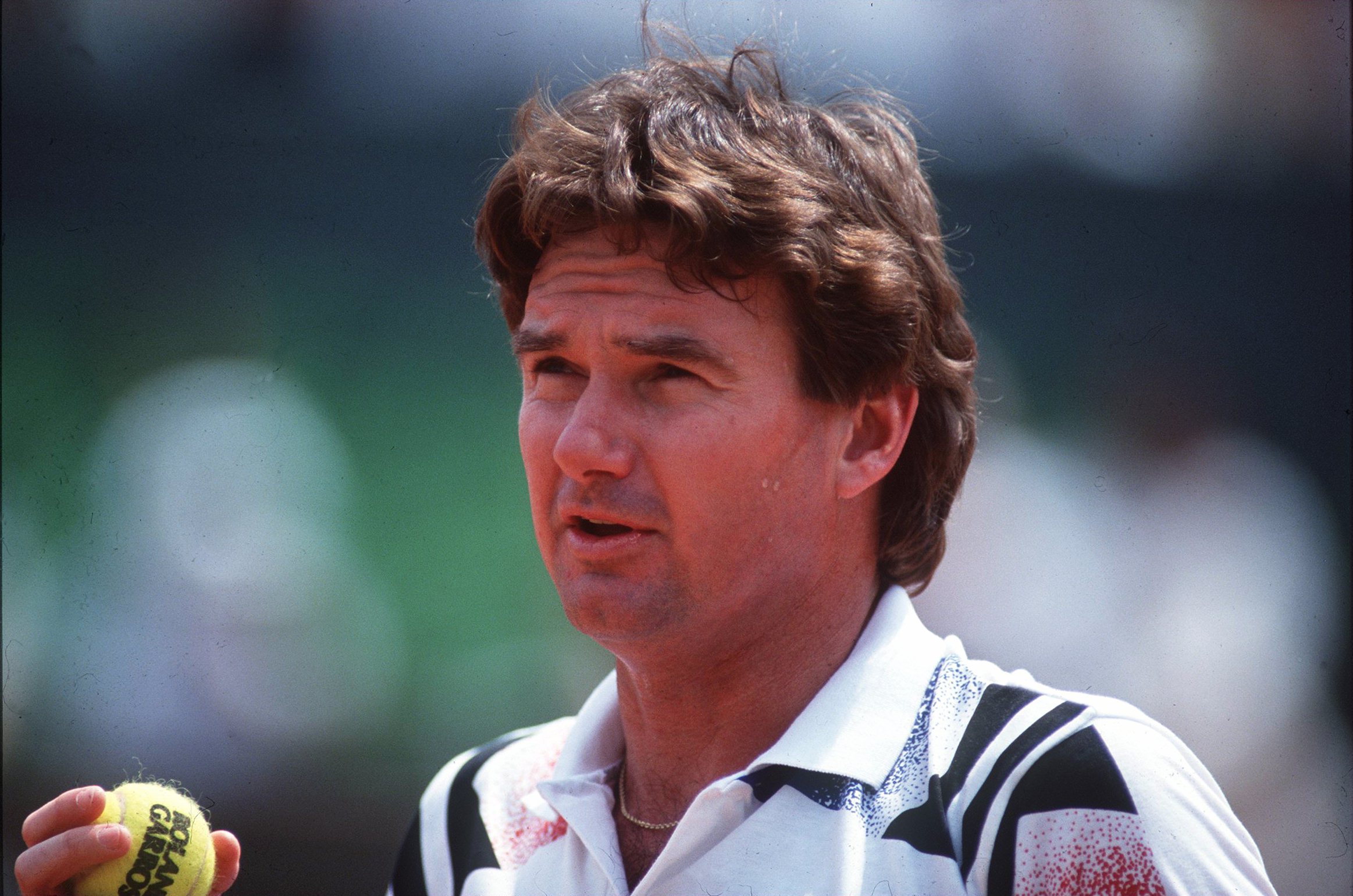 This former No. 1 held the spot for 268 weeks altogether (there were gaps).  He is a member of the “Singles on All Surfaces Club.” He shares it with Mats Wilander, Andre Agassi, Roger Federer and Rafael Nadal.

He retired in 1996 and was inducted into the International Tennis Hall of Fame in 1998. 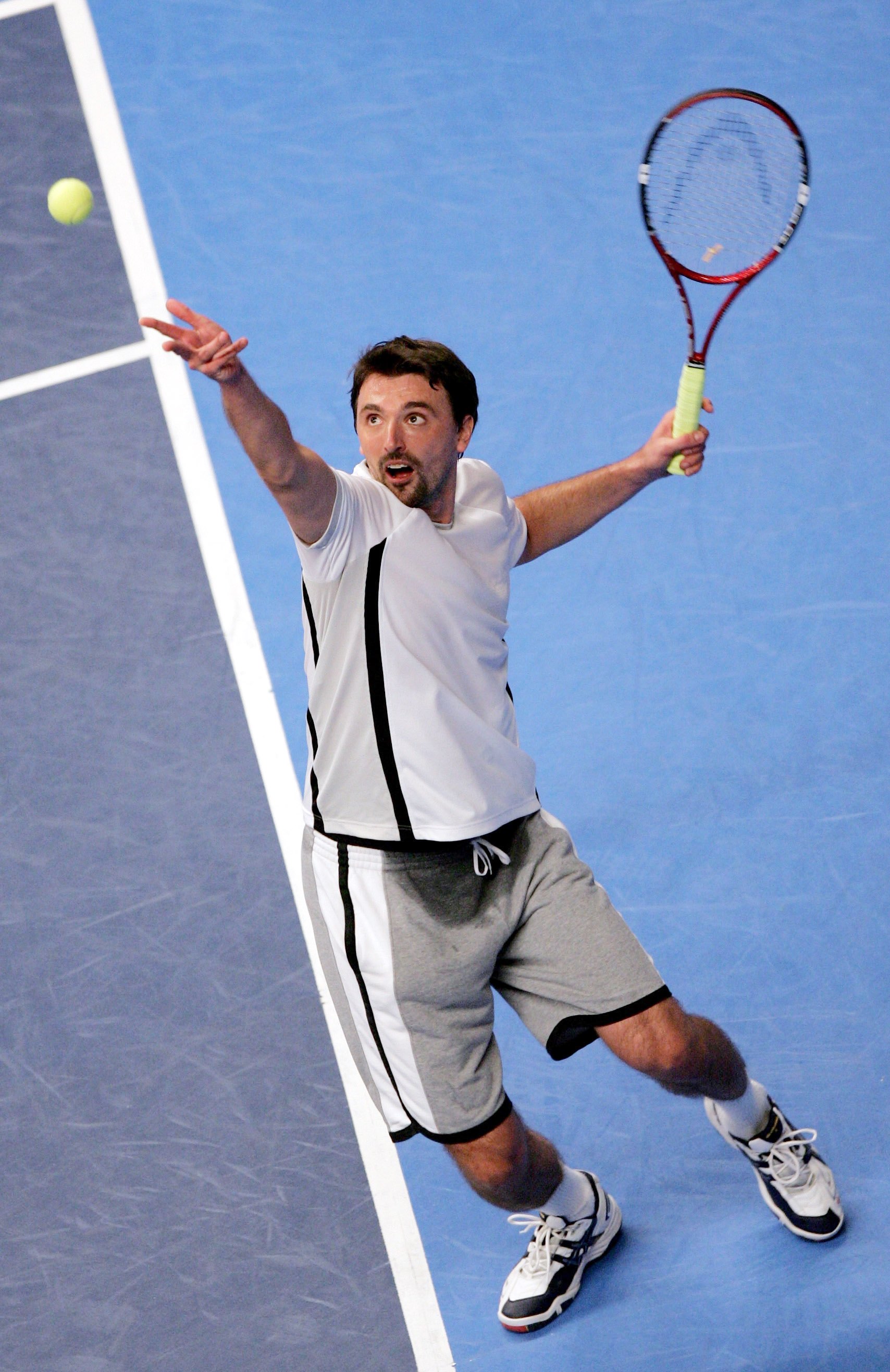 Ivanisevic is best known for being the lone player to have won the Wimbledon singles title as a Wild Card (ironically, in a brief return to the sport in 2004, he lost to Lleyton Hewitt on Centre Court—the very spot where he had made history).  He achieved 22 titles during his career.

Ivanisevic’s highest ranking was No. 2. 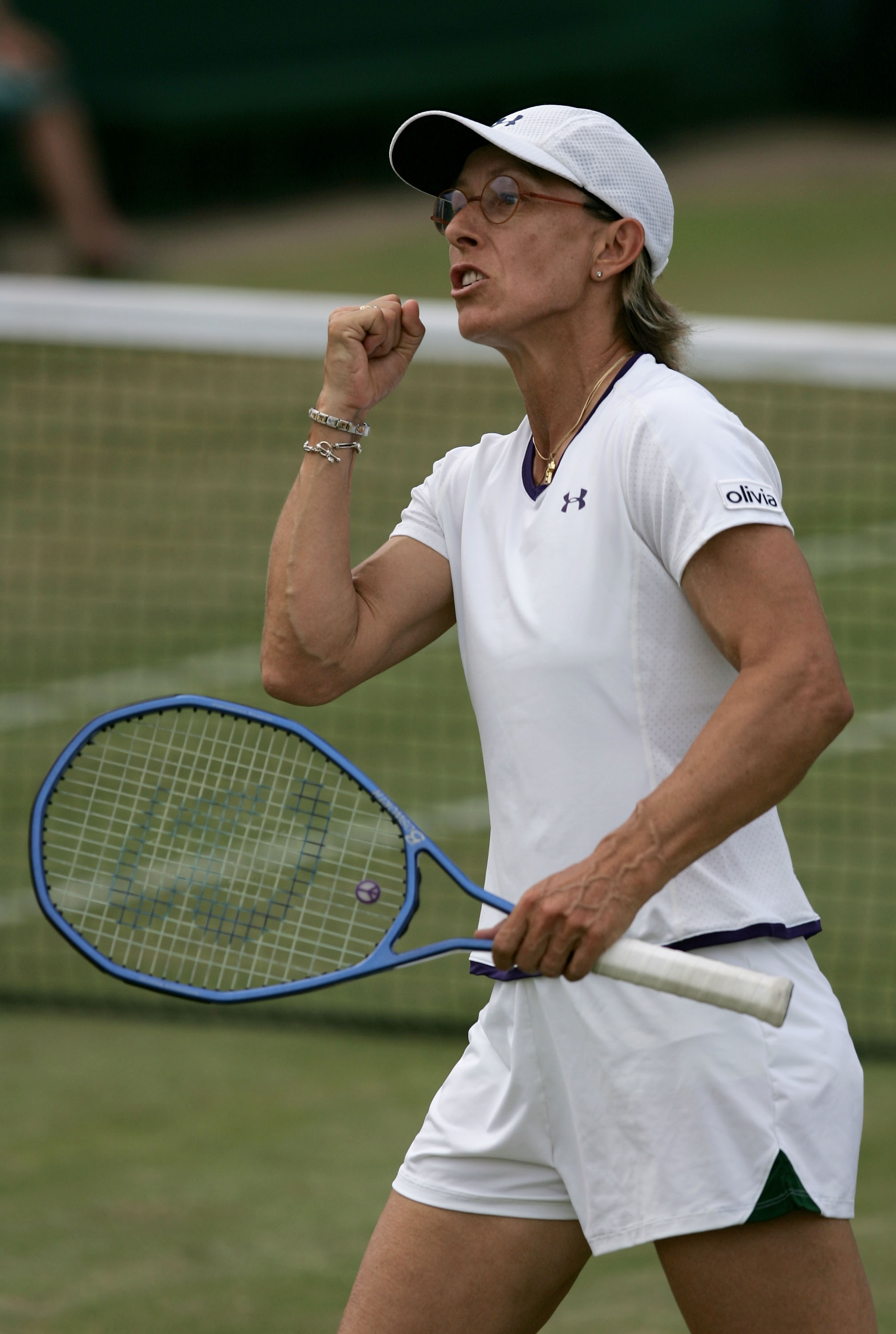 Words cannot describe Martina Navratilova. In trying, she would have to be described as one of the tennis players that set the bar, not only for women’s tennis but men’s as well. She was just that good.

Navratilova is on the very short list, with Margaret Court and Doris Hart, honored for completing the Grand Slam Box Set (Career Grand Slams in singles, doubles and mixed doubles).

Navratilova was inducted into the International Tennis Hall of Fame in 2000. 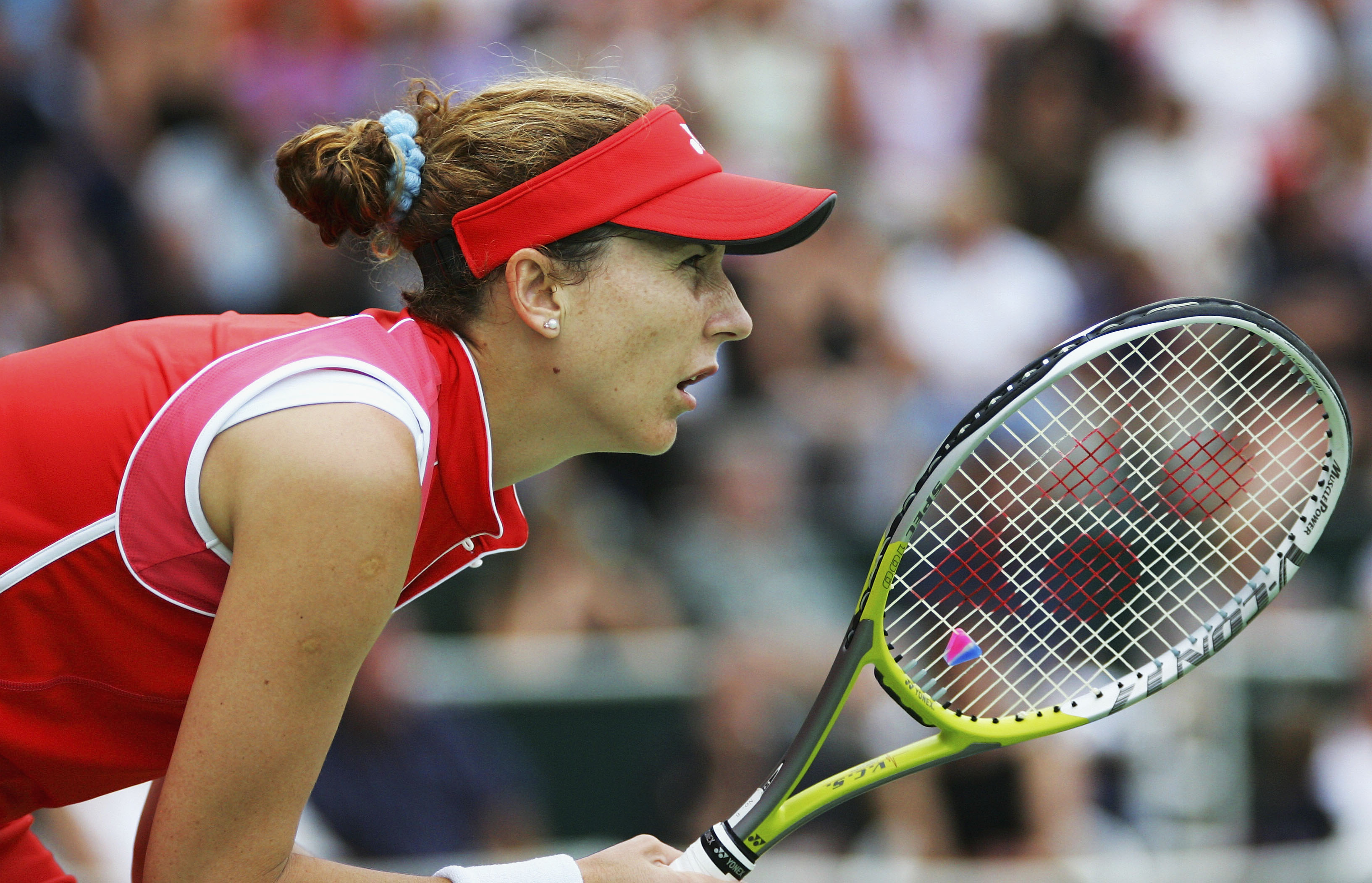 This young lady is the second youngest on this list, but don’t let her age mislead you on the mark that she left on the tennis world.

Seles won nine Grand Slams with an interesting twist. Of the nine, eight were won as a citizen of Yugoslavia while one was as a U.S. citizen.

Seles was inducted into the International Tennis Hall of Fame in 2009. 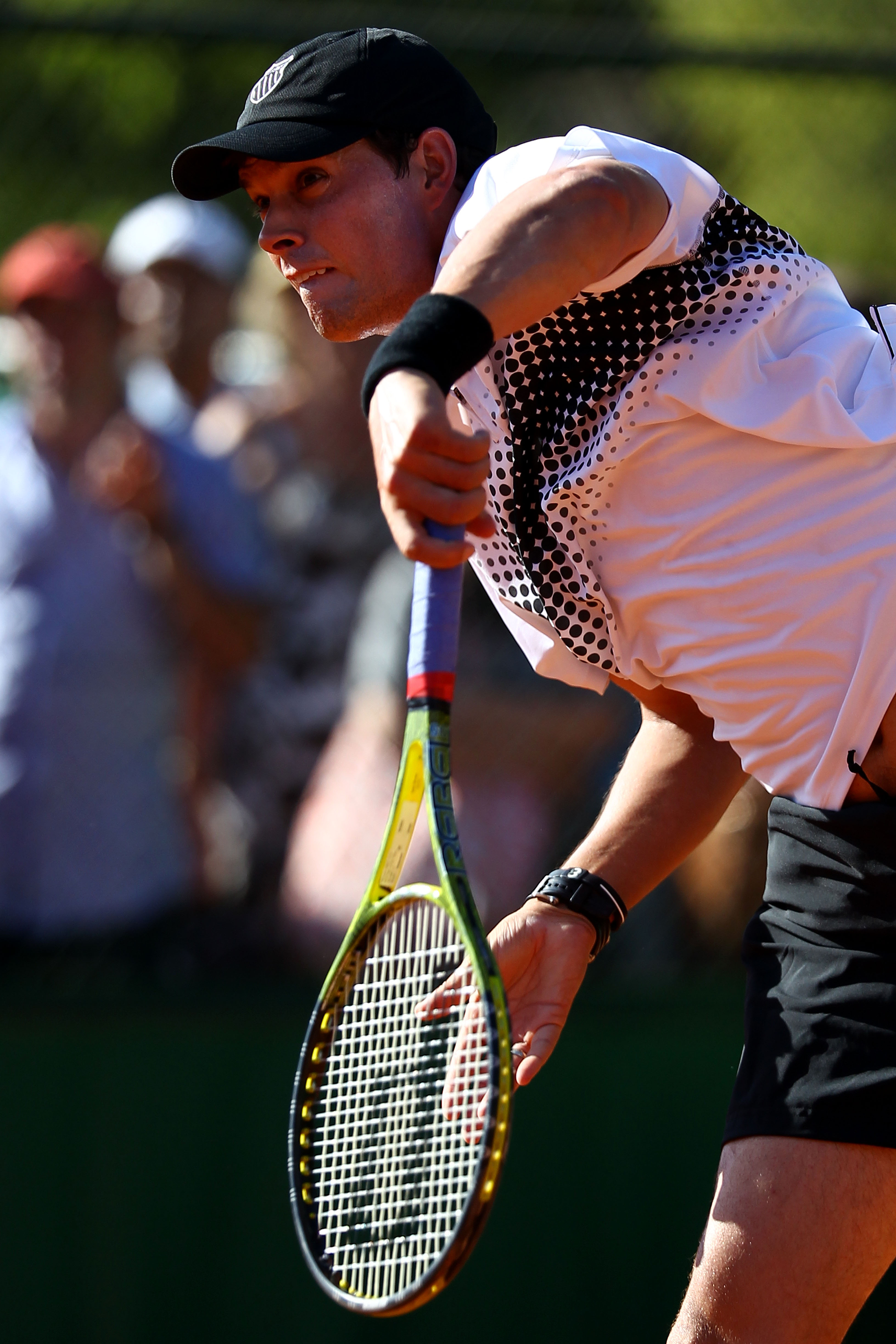 For anyone who follows tennis, Bryan is a household name when it comes to doubles.

One part of this famous duo is Bob.  Bob and his twin brother, Mike, have owned doubles for the most part. They hold at least 11 doubles records. I use the term “at least” because there are surely more to come.

One specific highlight is this duo has spent over 200 weeks in the No. 1 position. Talk about moving in and staying. 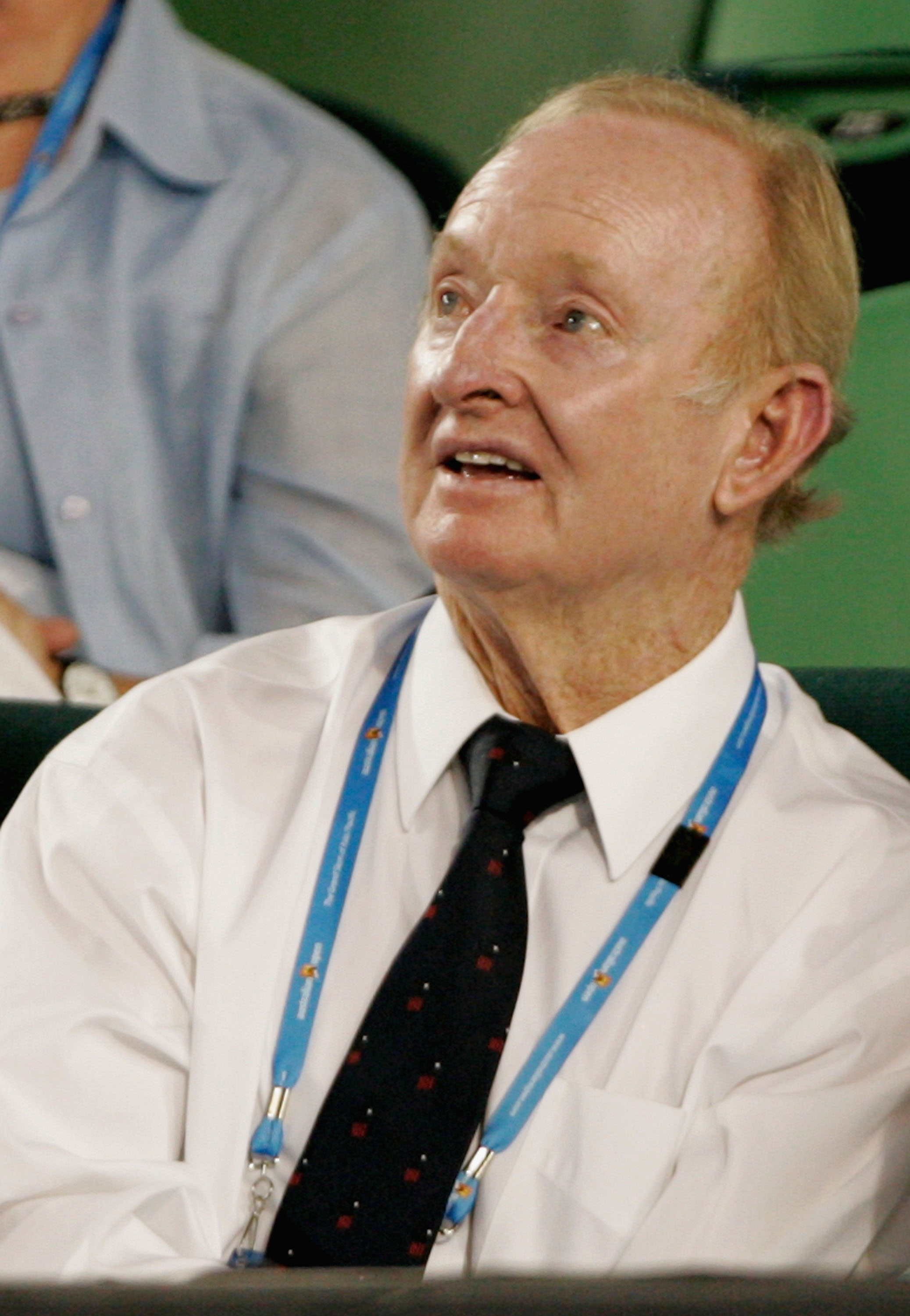 Laver returned to the Australian Open in 2009 to present Rafael Nadal the Norman Brookes Challenge Cup, upon his winning the singles title.

Laver retired in 1979 and was inducted into the International Hall of Fame in 1981. 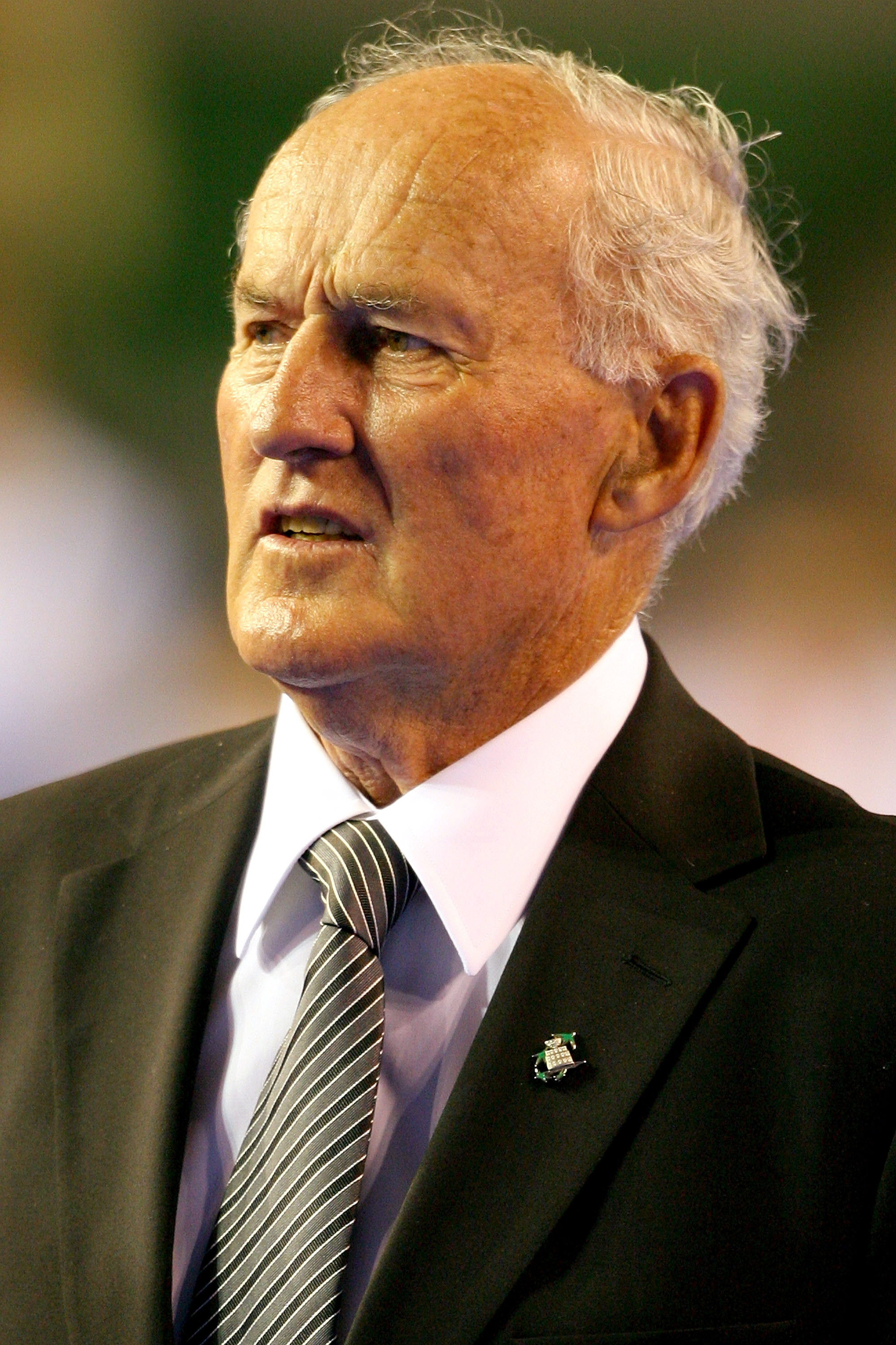 Though Fraser successfully achieved singles titles (Wimbledon and U.S. Open), doubles and the Davis Cup cornered his passion for the game of tennis. He also played mixed doubles.

One very important highlight of his career was in 1959, he won the singles, doubles and mixed doubles titles at the US Nationals’ (US Open now) and successfully defended them the next year.  To this day, the record still stands.

Fraser retired in 1963 and was inducted into the International Tennis Hall of Fame in 1984 as a Master Player. 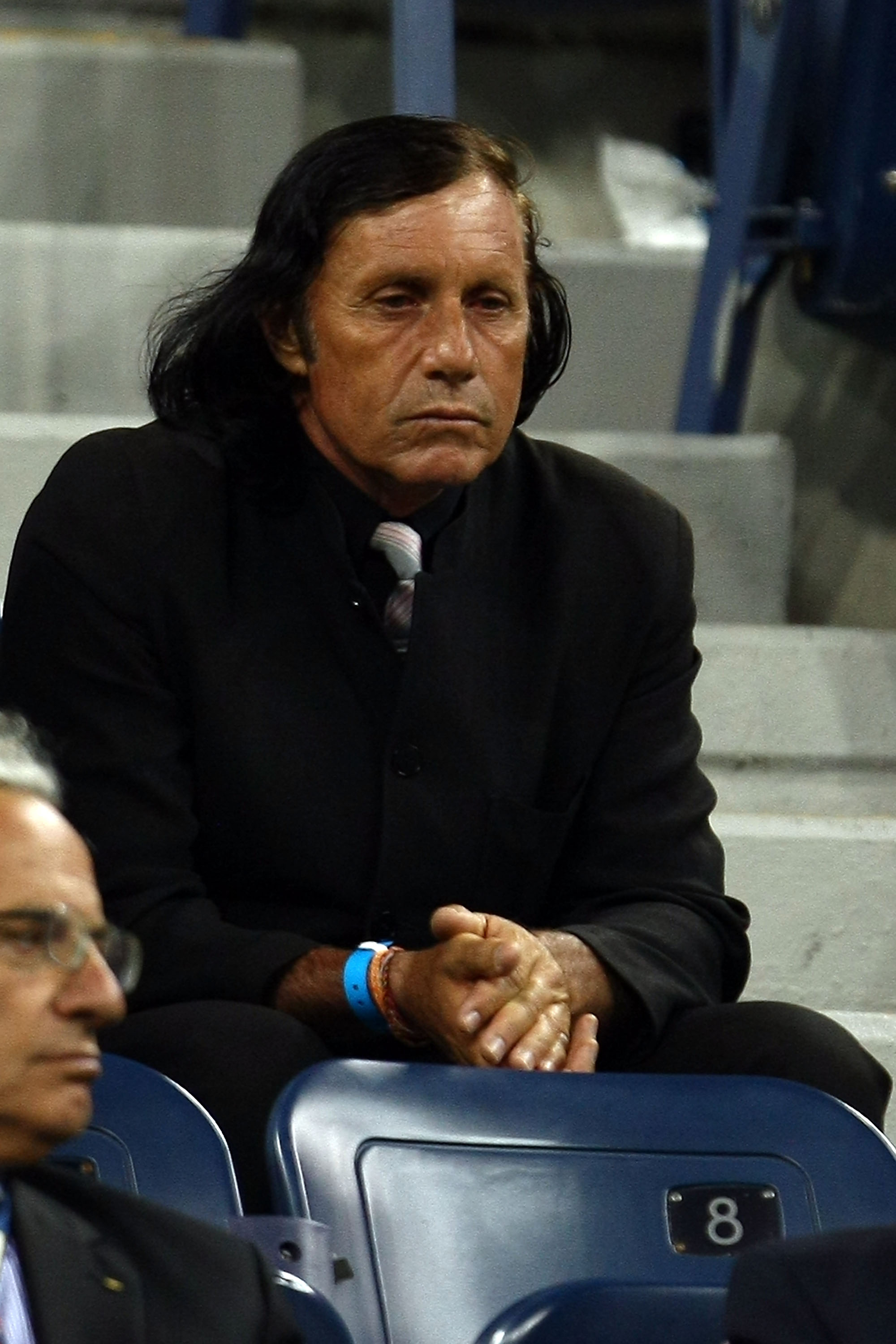 This former world No. 2 is probably most remembered for defeating Jimmy Connors at the 1977 US Open finals. However, there is a lot more to his career.

He is the only player to have won singles titles on five different continents in the same year, 1977. The continents were Europe, South America, North America, Africa and Asia.

He retired from the ATP tour in 1989, continuing however to play in the ATP Challenger until 1992. He was inducted into the International Tennis Hall of Fame in 1991. 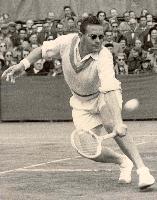 Drobny was unique in he was not only an amateur tennis player, he also played ice hockey.  On top of that, he was good at both.

For tennis, his highest ranking was No. 1. He won three Grand Slam titles, one doubles title and one mixed doubles title.

Drobny played under Czechoslovakia, the Protectorate of Bohemia and Moravia, Egypt and Great Britain—another distinguishing fact about this tennis great. 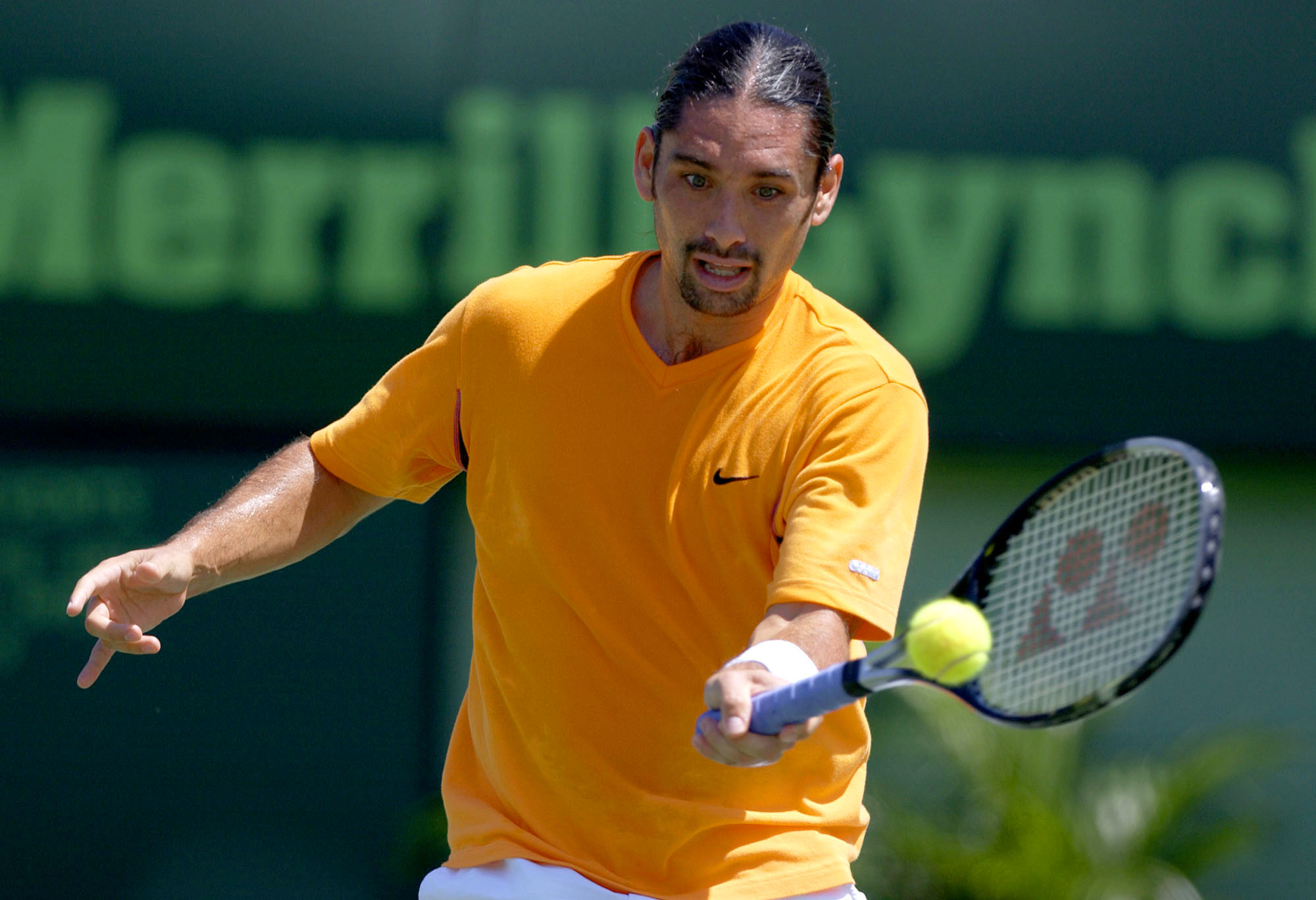 Though he was a very interesting player with questionable actions, he was also a very good tennis player. He won 18 singles titles and 1 doubles title during his career.

His highest ranking was world No. 1. 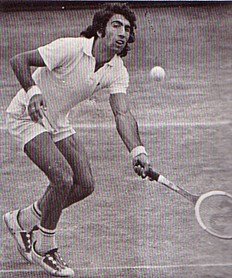 The peak of Orantes’ career was during the 1970s and 1980s. During his career, he captured 33 singles titles and 22 singles titles.

During his career, this left-hander won two Grand Slam singles titles and three Grand Slam doubles.  He served as president of the Lawn Tennis Association of Australia for 30 years.

But, probably one of the most significant achievements of his lifetime is to have the Australian Open men’s singles winner hoist the Norman Brookes Challenge Cup each year.

Brookes was inducted into the International Tennis Hall of Fame in 1977 as a master player.  And if you haven’t noticed, that was 100 years after his birth.

Wright was a left-hander who enjoyed playing singles and doubles.  Interesting enough, the one year, 1905, that he won the singles championship at the US Nationals (US Open today), he defeated his doubles partner, Holcomb Ward.

His highest ranking was No. 1.

He was inducted into the International Tennis Hall of Fame in 1956. 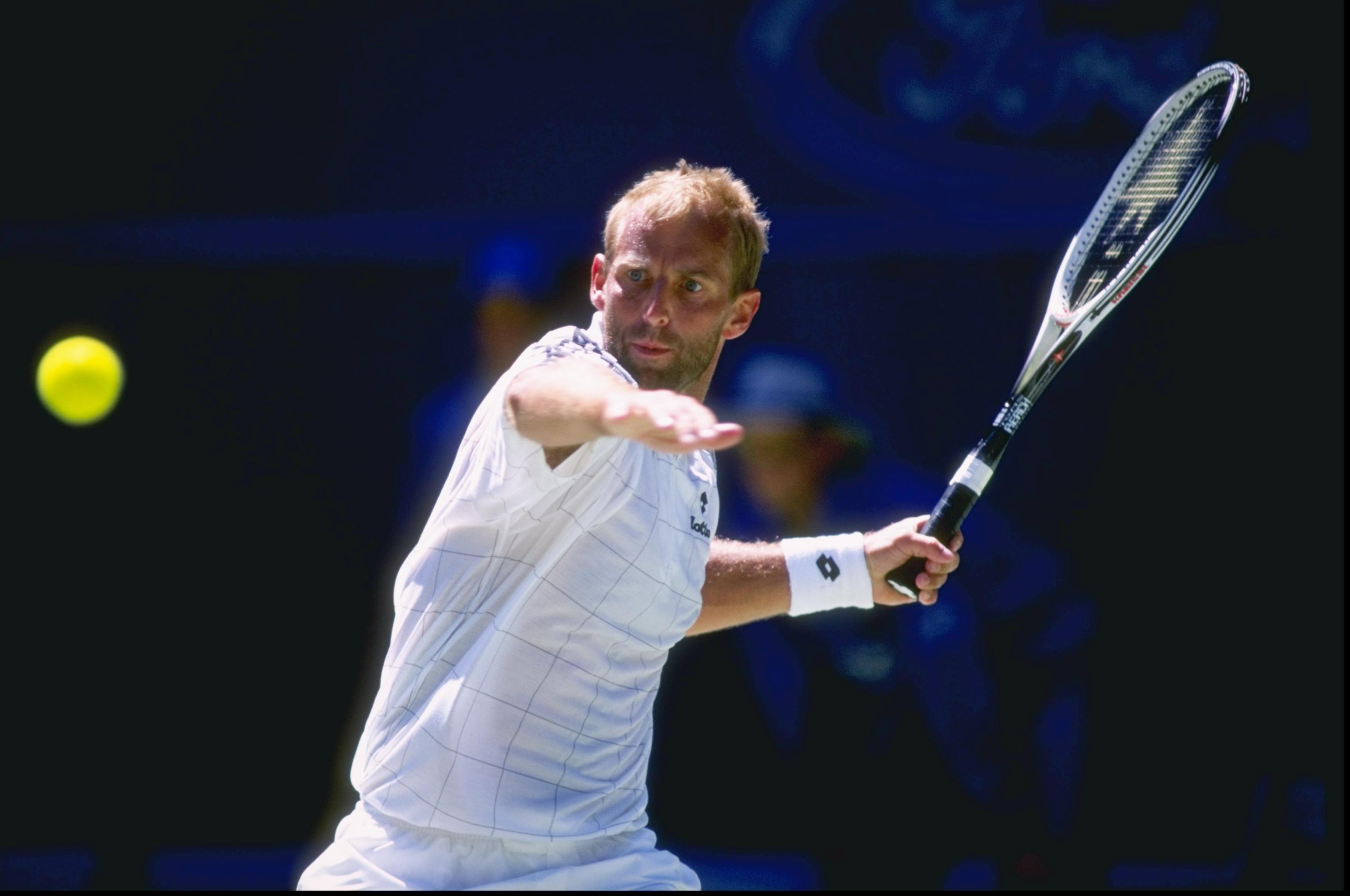 Muster was referred to as the “King of Clay,” during the height of this career in the 1990’s.  He won 44 singles titles. His highest ranking was No. 1. 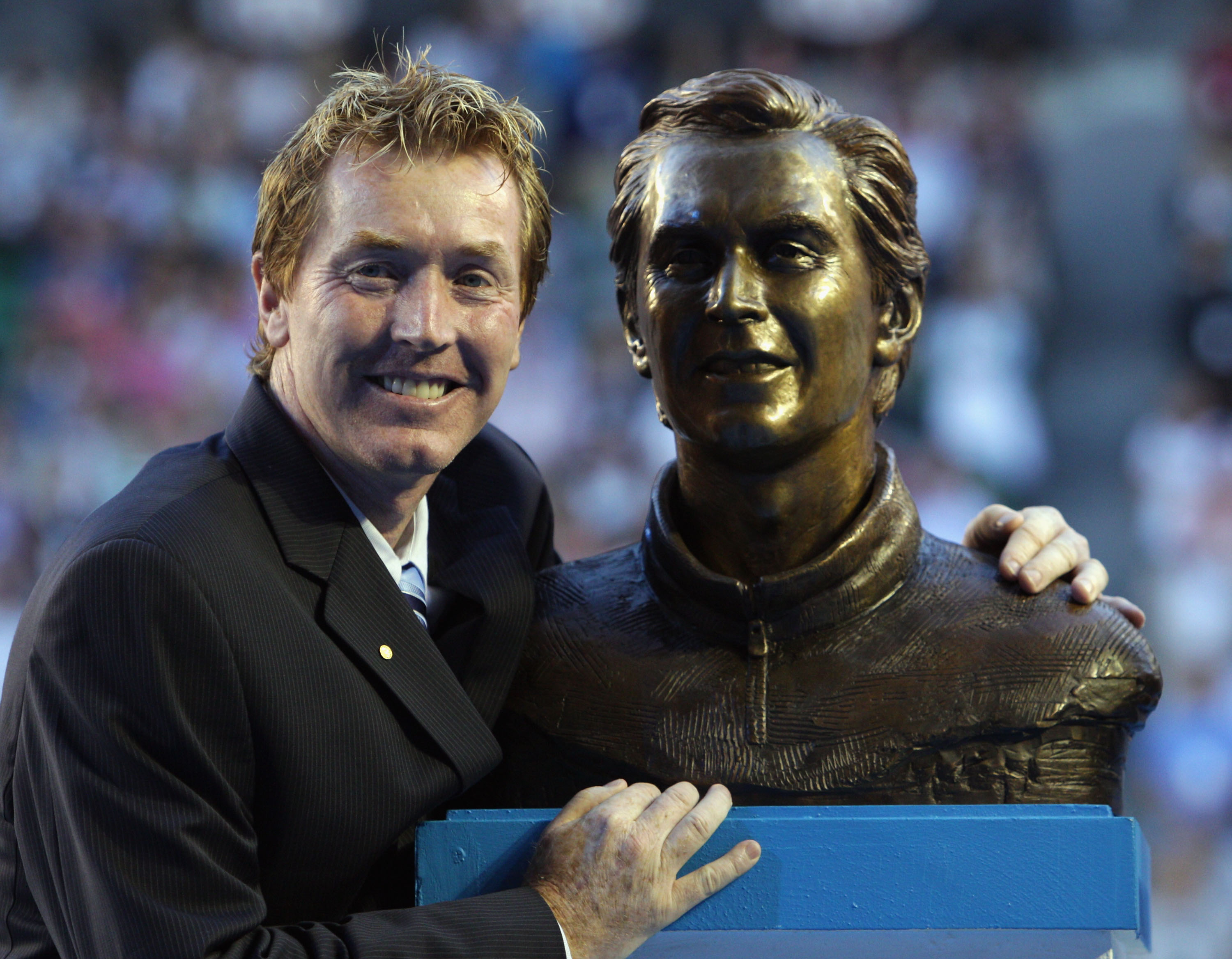 Woodforde shared a long career as part of a doubles team often referred to as “The Woodies.” His partner was Todd Woodbridge.  “The Woodies” won 61 doubles tournament (Woodforde won 67 altogether).

They are the only team to have won a Grand Slam doubles title for six consecutive years in the Open Era.  Another highlight of his career was winning the gold at the 1996 Olympics in Atlanta.

Woodforde retired in 2000 and was inducted into the International Tennis Hall of Fame in 2010. 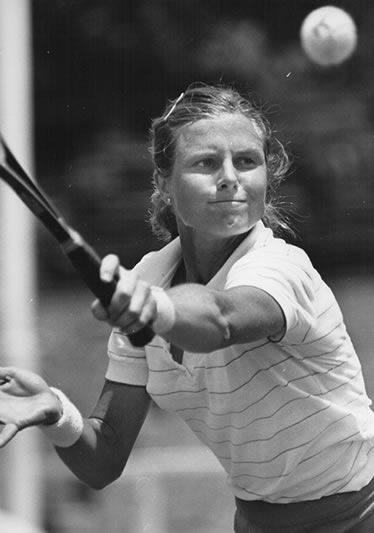 During her career she achieved 15 singles titles. Though her highest ranking was No. 4, she handed defeats to some of the best female players in history including Chris Evert, Martina Navratilova, Billie Jean King and Margaret Court. 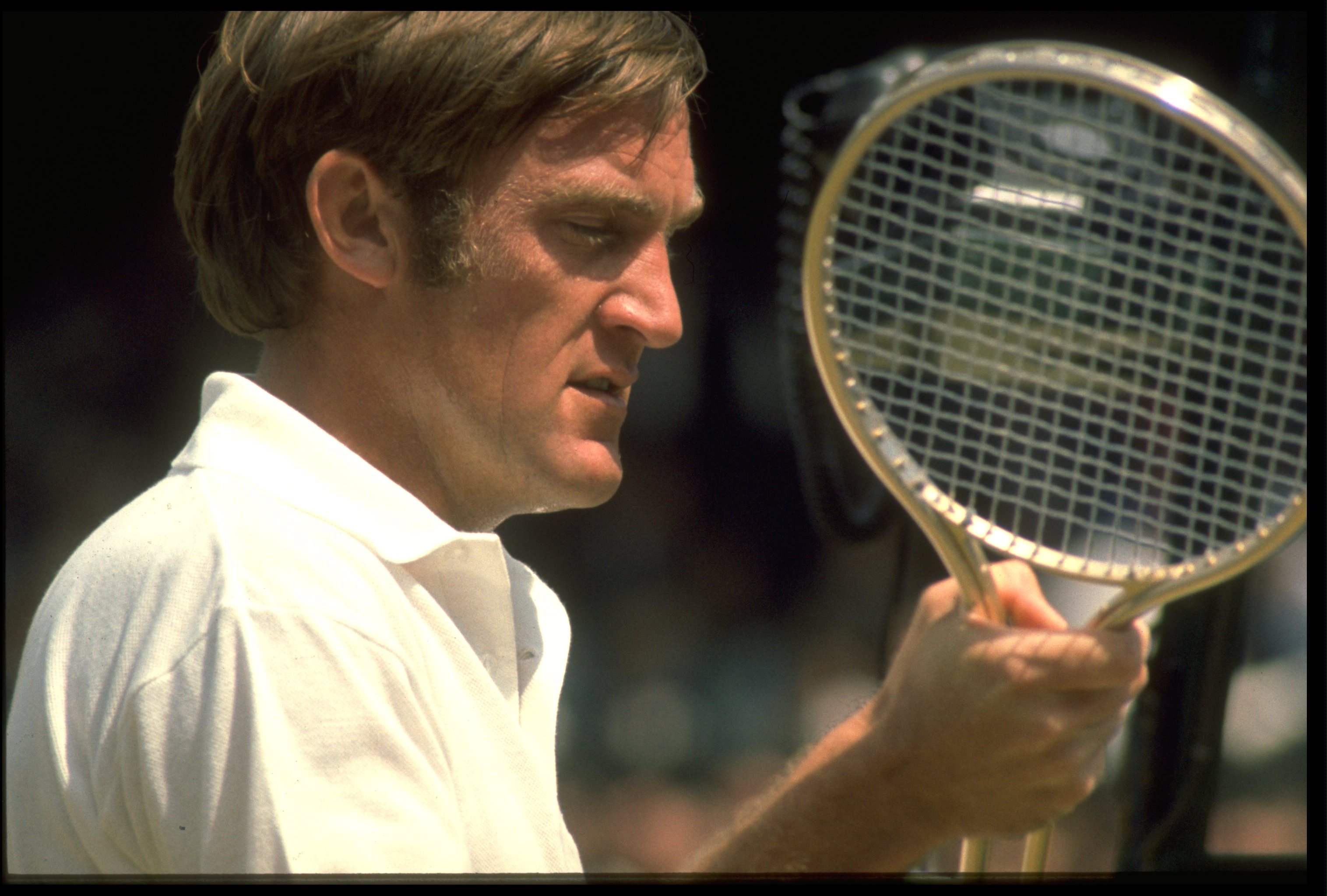 Roche played both singles and doubles and won on both, including a Grand Slam singles title at the French Open in 1966. His highest ranking was No. 2.

But, Roche’s legacy did not stop with his on-court performance. He followed up his playing career with a coaching career. Some of his famous students include Ivan Lendl, Roger Federer and Lleyton Hewitt.

Roche was inducted into the International Hall of Fame in 1986. 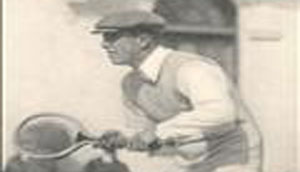 He served as president of the United States Tennis Association, and he was one of the first inductees into the International Tennis Hall of Fame in 1955. 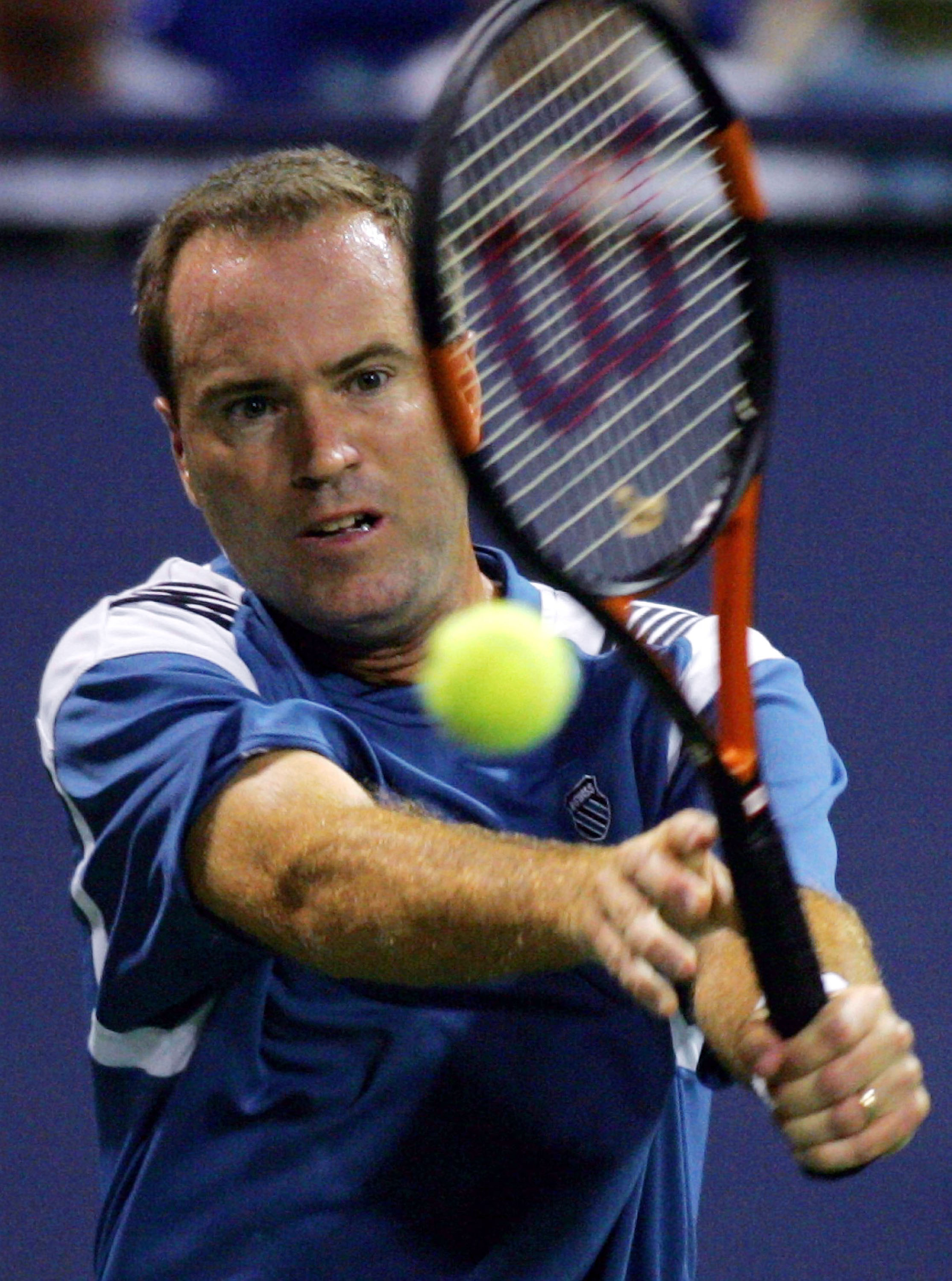 An interesting note about Leach is his brother, Jon, is married to Lindsay Davenport, former women’s tennis champion. 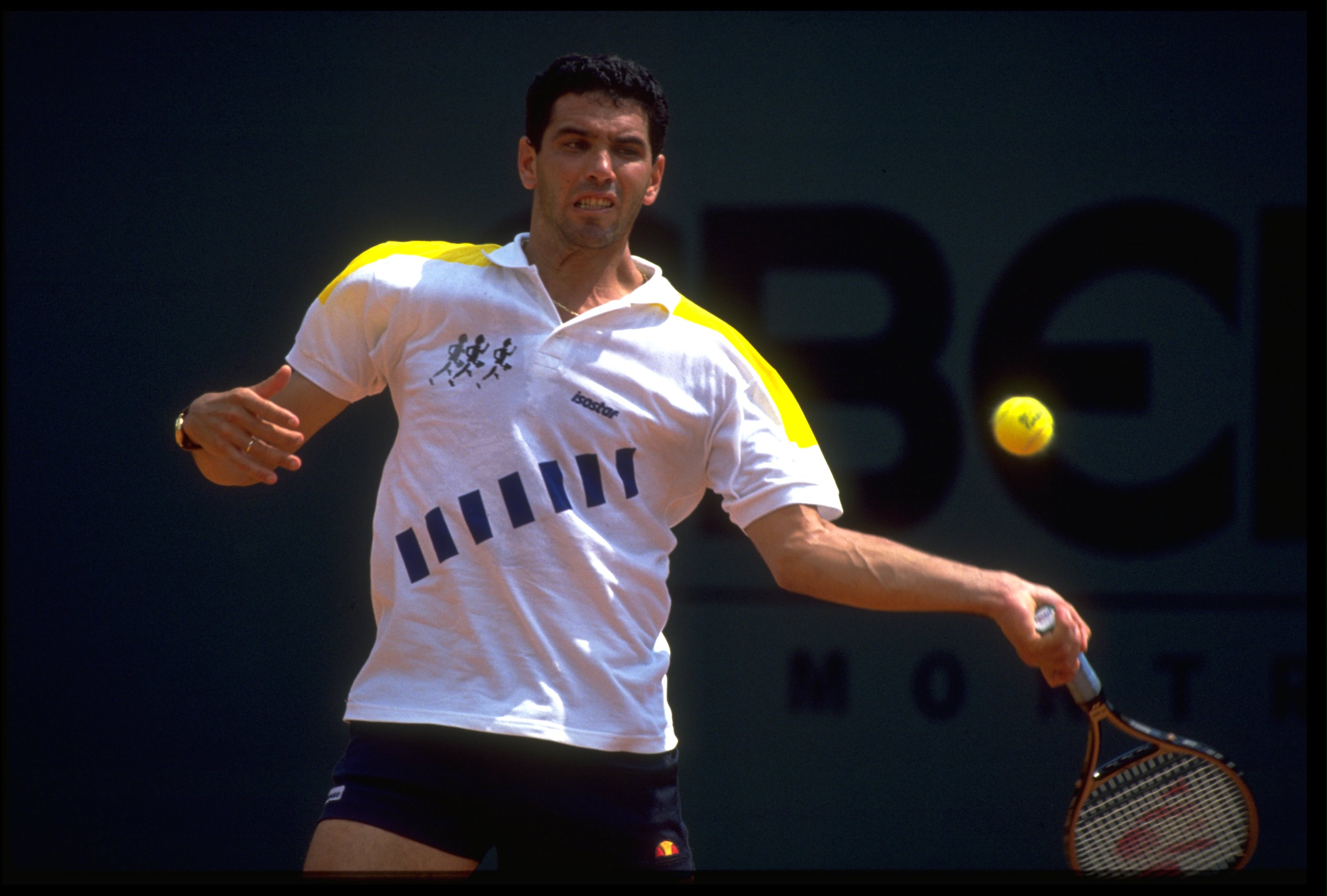 Santos is primarily known for playing and winning in doubles, although he was also successful as a singles player.  He achieved 33 doubles titles and 22 singles titles over the course of his career.

The one match that stands out the most for him has to be his reaching his first and only Grand Slam final at the French Open and winning it, defeating Andre Agassi. 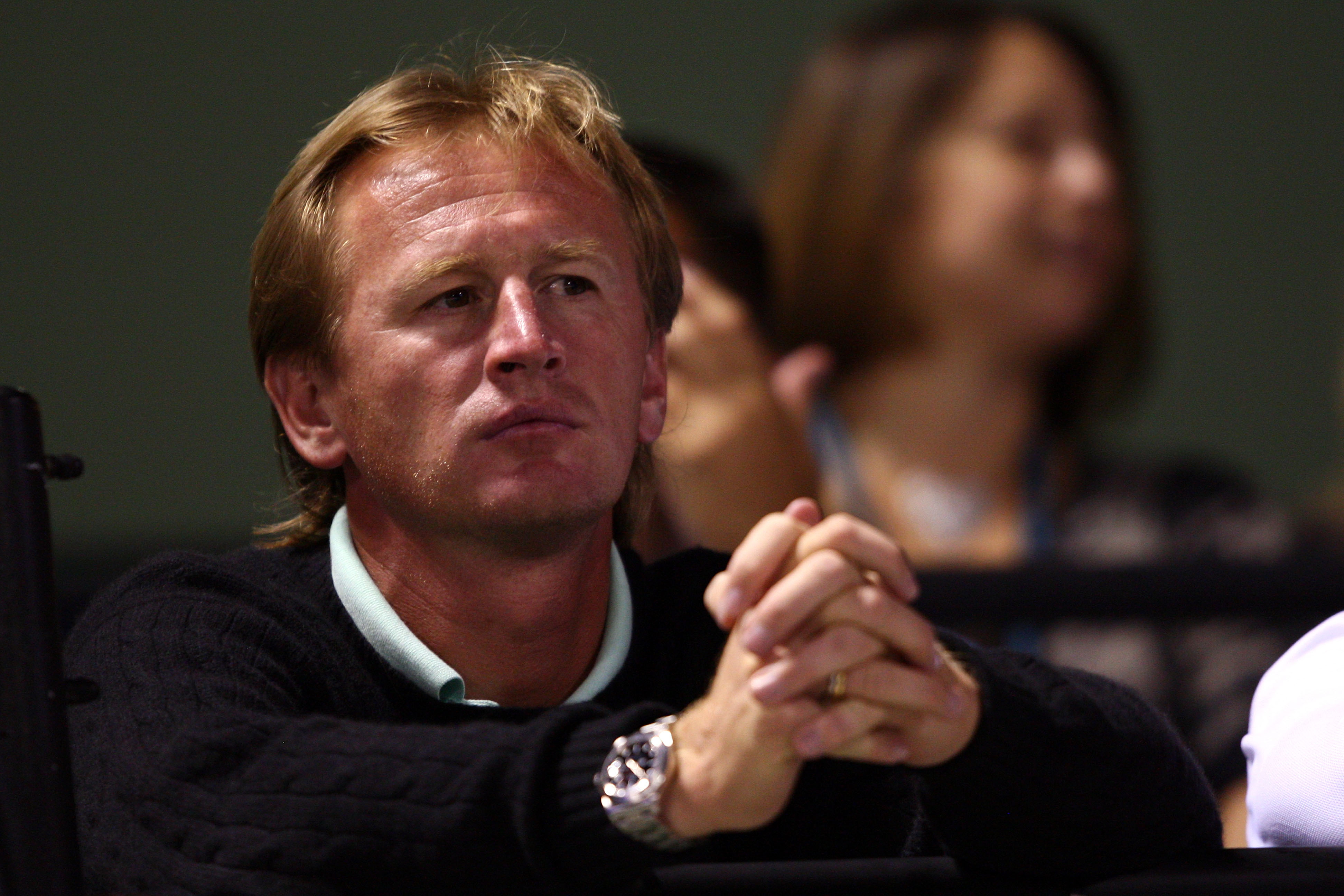 Korda won 10 singles and 10 doubles titles during his career.  His highest ranking was No. 2 in singles. His most memorable year had to be 1998.

At the beginning of the year, he achieved his one and only Grand Slam singles title, defeating Marcelo Rios at the Australian Open.

However, at Wimbledon that year, it was revealed that he had tested positive for the banned substance nandrolone, an anabolic steroid.

The incident not only turned Korda’s tennis life upside down, it turned the tennis world upside down as well not only because of the action itself, but also because of the rulings of the ITF (International Tennis Federation) following it.  It became a huge controversy.

Korda tried to make a comeback but was unsuccessful.  He retired in 2000. 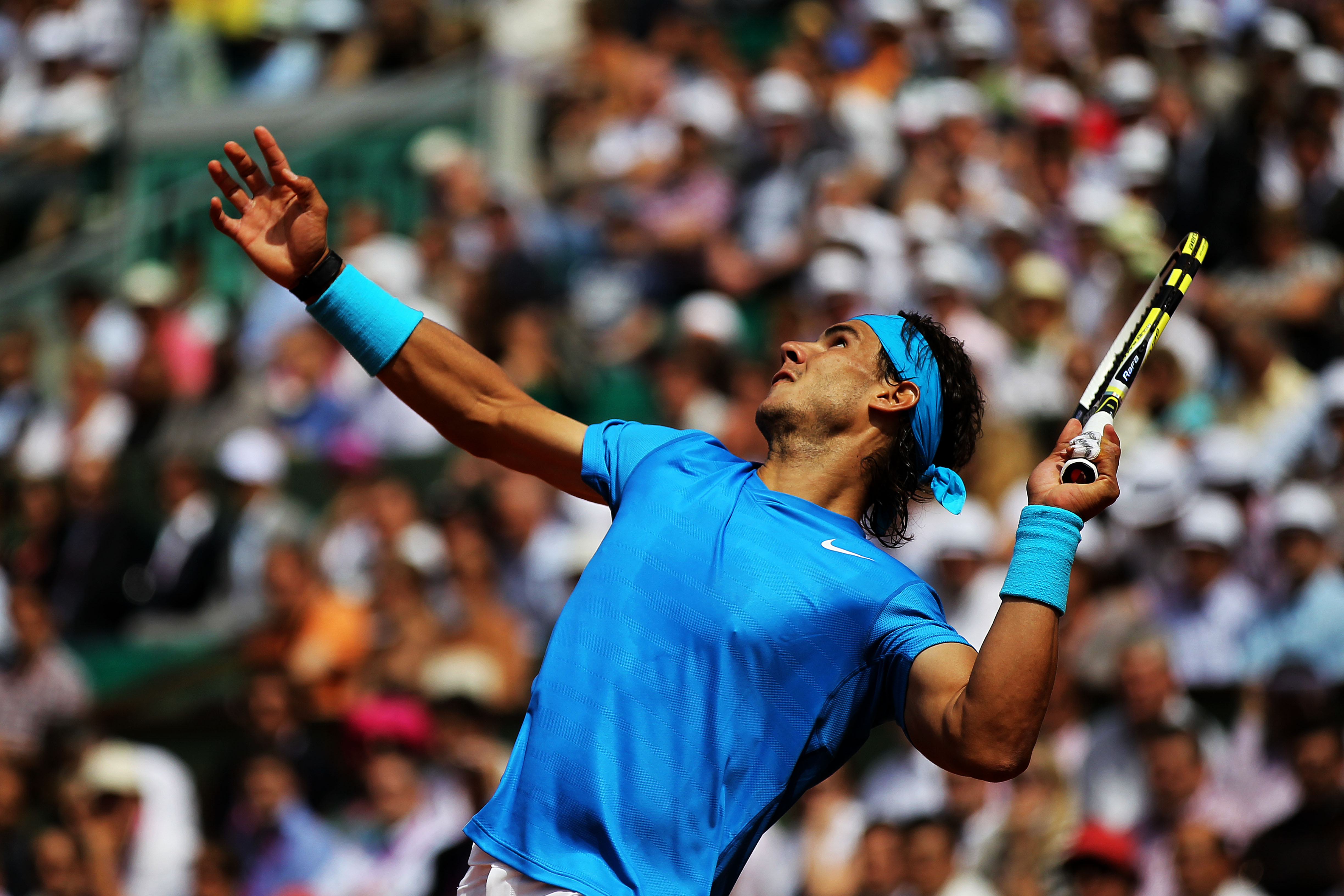 Slated to become one of the greatest tennis players of all time, Rafa Nadal is on track after winning a Career Grand Slam with his win at the 2010 U.S. Open tournament.  Nadal’s latest win was at the French Open. With the win, he tied Bjorn Borg’s record of six championships. 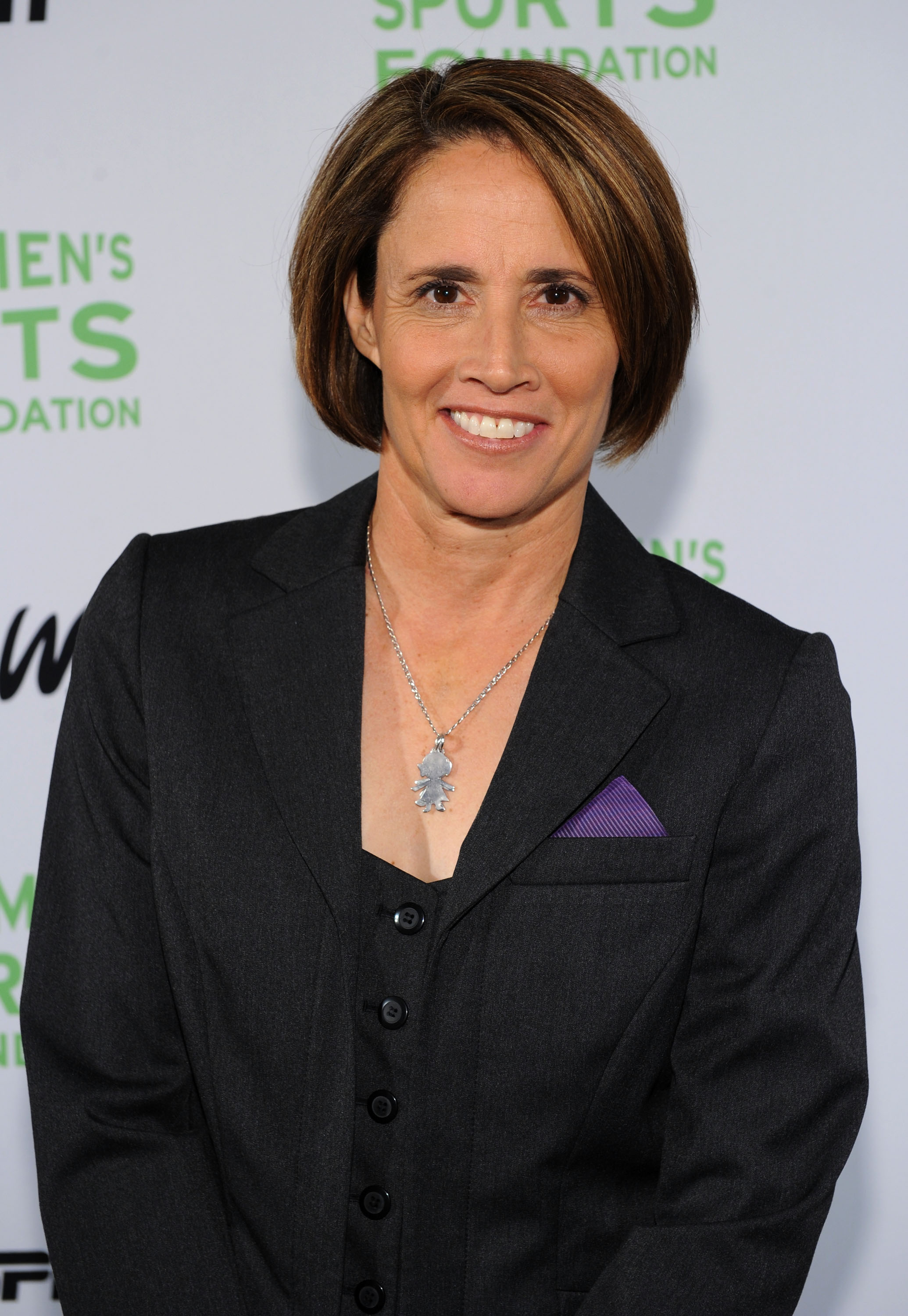 1. Name the first two left-handers to win the men's singles title at Wimbledon?

2. Name the Australian right-hander who was actually a natural left-hander for whom an arena at Melbourne Park (home of the Australian Open) is named for?

3. Name the first left-hander to win the US singles championship?

4. Name the No. 1 left-hander who was actually born a natural right-hander?

Answers on the following slide 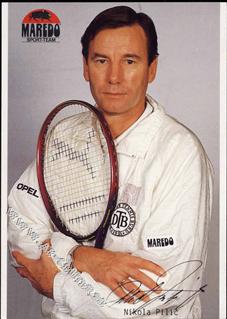 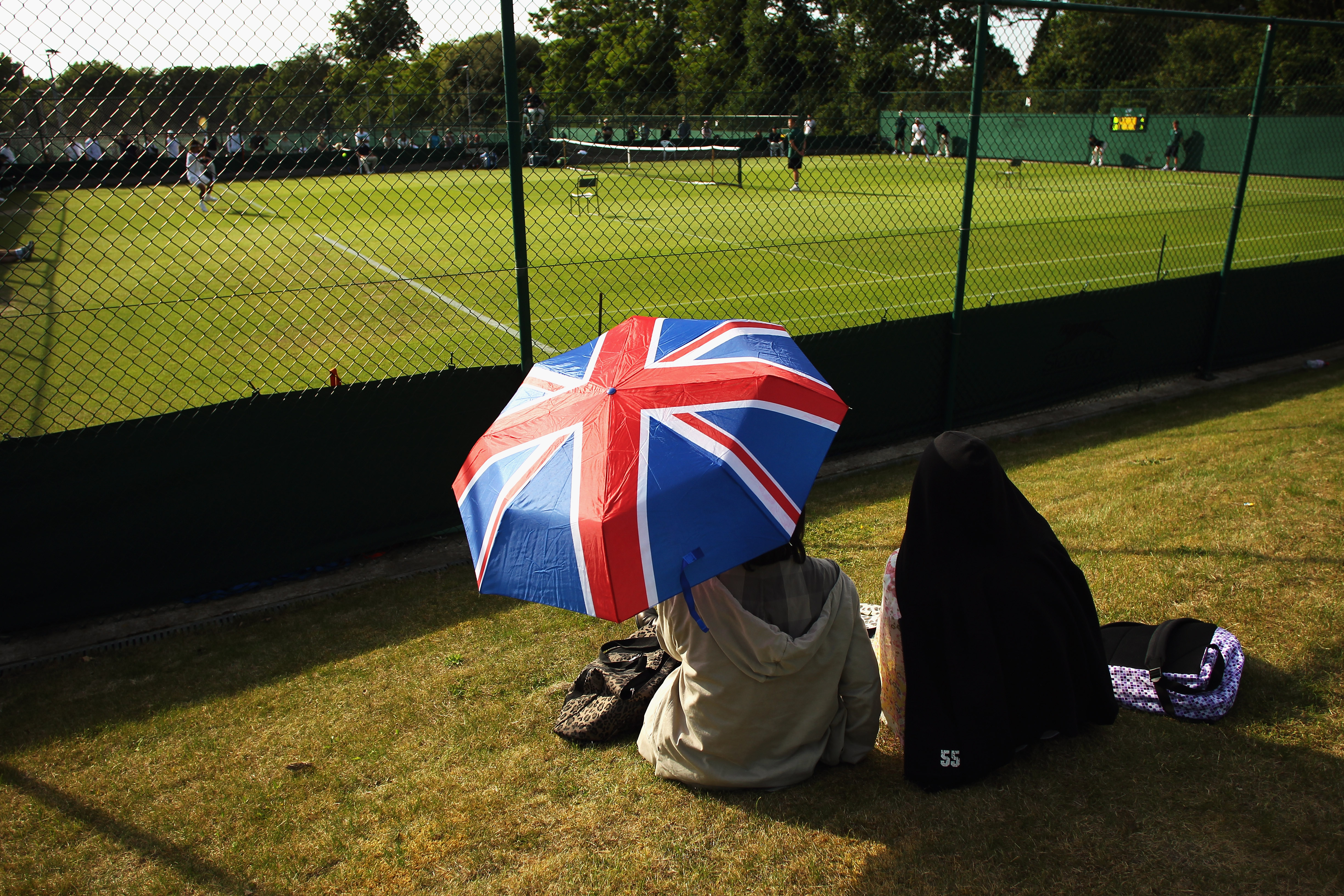 And that wraps up this look at left-handers in tennis history. I hope that you...enjoyed the slideshow, were inspired to learn about the players presented here and will leave comments and feedback. Thanks for stopping by for a read.