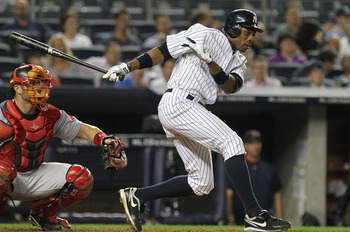 Normally, speculating about the MVP before Father’s Day would be premature. This year is the exception. With 95 games still to go, it seems almost certain that the American League MVP will come from the AL East.

Red Sox first baseman Adrian Gonzalez, Blue Jays third baseman/outfielder Jose Bautista and Yankees center fielder Curtis Granderson have separated themselves from the pack, while reigning champion Josh Hamilton has likely been removed from contention due to a broken arm that kept him out of the Rangers lineup for more than a month.

Offensively, the MVP hunt has turned into a three-horse race. Here are six reasons why Yanks outfielder Curtis Granderson is going to come away with it. 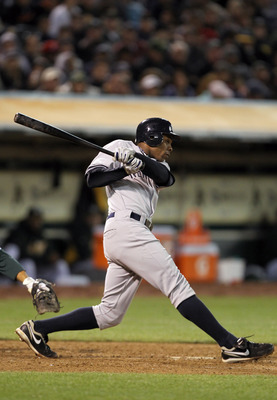 For Granderson, who has averaged 27 HR per 162 games, this pace is unprecedented. It may not be an anomaly though. Players typically tend to hit better in their second year with a new club, and as a left-handed hitter Granderson has greatly benefited from the short porch in right field at Yankee Stadium.

At this rate, he’ll hit 52 home runs this year. While that number may be high, anything over 40 home runs would be MVP-caliber production from a player with Granderson’s speed and defensive value.

Also, Granderson has 52 RBI this season while batting in the No. 2 spot. He’s leading Bautisita, a cleanup hitter, by 10 RBI. True, he’s trailing Gonzalez, but Gonzalez is also the third hitter in the Red Sox lineup, and he’s hitting behind Jacoby Ellsbury and former AL MVP Dustin Pedroia, who have both been on base more this year than the struggling Derek Jeter, who’s hit only .260 in the leadoff spot for the Yankees this year.

Tack on the fact that Granderson is third in the league in slugging percentage (.608), and his power numbers are the most impressive in the American League. 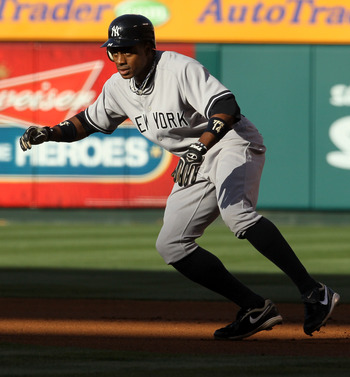 Baseball fans can entertain arguments about who the best hitter is in the American League, but as far as speed goes, Granderson makes Bautista and Gonzalez look like Wile E. Coyote. They’re just never going to catch him.

He leads the American League in Power-Speed, a statistic created by sabermetrics guru Bill James. The statistic measures “the harmonic mean of home runs and stolen bases,” and Granderson’s metric reads at 13.5, which is 2.7 points better than anyone else in baseball today. He’s off the charts.

Already this season, Granderson has stolen 10 bases and scored 58 runs (tops in the American League). He has double as many stolen bases as Bautista, while Gonzalez only has one this season. Bautista’s success rate is also lower than Granderson’s impressive 71 percent on stolen base attempts.

Granderson’s stolen base total is also hindered by the scarcity of opportunities he’s given himself to steal. He’s already hit five triples this year. When the ball gets to the outfield, he can get to third all by himself.

Simply put, when Granderson gets on base, he scores.

Defense and Production from Center Field 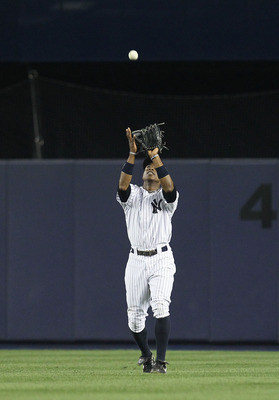 Granderson’s range in center field has made him one of the Yankees' most valuable players this year. He chases down balls that other center fielders don’t get to.

He’s currently ranked the fourth-best center fielder in the American League, and Wednesday night’s game against the Texas Rangers was evidence of why.

Not only can Granderson chase down balls to the gap, he also has the ability to throw runners out, which Yorvit Torrealba learned the hard way on Wednesday. Granderson’s rocket to home plate was his league-leading fourth assist of the season from center field.

Gonzalez Will Come Back to the Pack 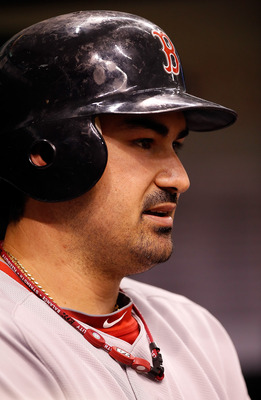 We’ve already mentioned that Granderson’s power numbers have exceeded expectations, but the short porch in Yankee Stadium has clearly been his friend, and that won’t change in the coming months.

Meanwhile, Adrian Gonzalez has caught fire. Leading the American League with a .343 average, he’s currently hitting 54 points higher than his career average and 45 points better than his total last season. He’s hitting .413 in the month of June.

It’s very rare that a player’s batting average jumps 50 points in a year, especially in the first season with a new team.

If Gonzalez can keep his red-hot hitting up, he will make the decision for MVP very difficult. But the odds dictate that he will eventually slow down, and when he does, his power numbers will not compete with Granderson’s. 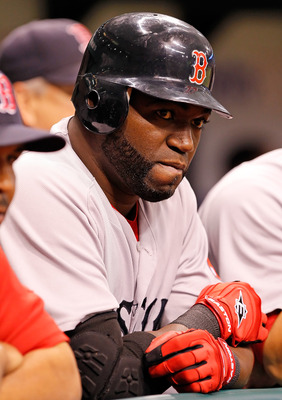 Since the designated hitter was instituted in the American League in 1973, no DH has ever won MVP honors. For anyone jumping on the David Ortiz bandwagon (.317 BA, 17 HR, 43 RBI), get off. It’s simply not going to happen. 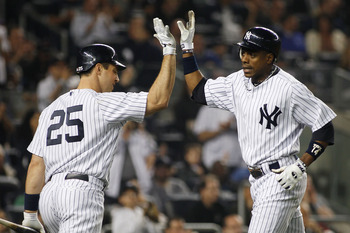 For all the gamblers out there, Granderson is the third-ranked baseball player in fantasy this year. With millions of people using Yahoo! Sports, ESPN and CBS Sports for fantasy baseball, that has to count for something. Right?