The Vancouver Canucks were the prohibitive favourite to be the first Canadian team to take home the Stanley Cup in 18 years.

They had the league's best record, power play and penalty kill. They scored more goals than any other team during the regular season. They allowed the fewest.

But they fell one game short of the only thing that really matters.

They lacked character. Instead of wining and dining, the Canucks whined and dived.

To have a player launch into another's head behind the net and not even get a suspension or major penalty is bad enough. To complain that the officials are favouring the opposition is appalling.

The whining continued even when the cameras caught three blood-drawing high sticks against the San Jose Sharks that did not lead to the customary double minors.

It continued right through to the Stanley Cup Finals. Every time a stick came anywhere near a Canucks player, they recoiled worse than Donald Brashear did when he took the very real slash that rightfully ended Marty McSorley's career.

And there was disrespect, too. When Canucks goalie Roberto Luongo was asked about the only goal his team managed in Game 5, he could not resist taking a shot at Bruins goalie Tim Thomas for his aggressiveness as the reason for the goal.

Maybe you should stop a few shots of your own (he let in 18 goals on 117 shots in their four losses) before you denigrate a player completing one of the best seasons in NHL history. Thomas capped off a likely Vezina Trophy season with the Conn Smythe because he stopped a record number of shots for a playoffs and a Final.

I know I am going to get some vitriol for this from Canucks fans. They will be looking for a bias to explain my assertion rather than accept it.

Let me help you: I am a San Jose Sharks fan. Your Canucks beat my Sharks, so obviously this is sour grapes.

Except the Chicago Blackhawks beat my Sharks last season, and they did not have this problem.

The year before that, it was the Anaheim Ducks who beat us. I personally hate the Ducks, one of the dirtiest teams in the league (a form of lacking character, I suppose), but they recently won a Cup because they did not look for excuses or the easy way out like Vancouver did.

They would never have resorted to the craven schoolyard antics of biting an opponent, one of the most despicable things one can do. They never took a dive or whined about the officiating.

The list of teams that have beaten my Sharks includes the Detroit Red Wings, one of the most character-driven teams in the league. Heck, over time it includes most of the teams in the Western Conference.

Most of those teams won because they had more character. The Canucks just had more talent. (Last year's Blackhawks had both, leading to a sweep.)

Who cares? San Jose has problems of their own, but this is about you.

With the example they set, is it any wonder there were some fans among them reveling in the destruction they wrought on their city?

I know they do not represent Vancouver, one of the world's finest cities that many citizens are working hard and for free to clean up. I am just glad that the Canucks are also not represented on the Stanley Cup. 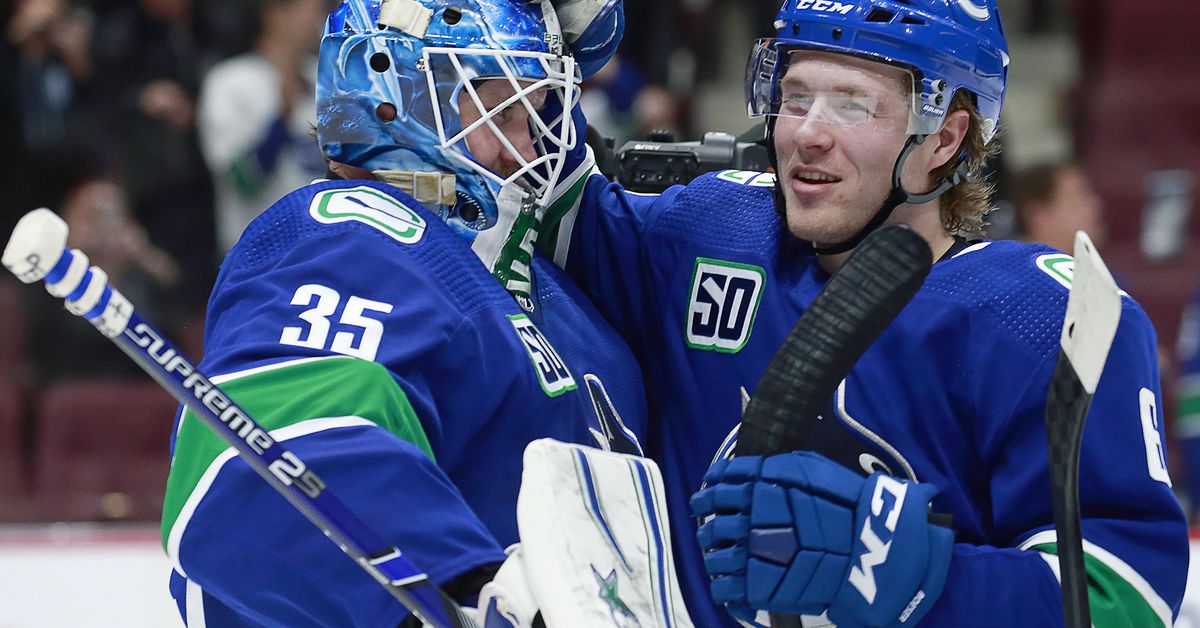 Picking up where they left off, Canucks win 3-1

Picking up where they left off, Canucks win 3-1