NHL Power Rankings: The 25 Greatest Hockey Announcers of All Time 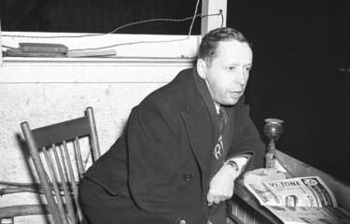 The game of hockey is a game of rich tradition and some of that tradition is echoed through the voices of many of the the game's great commentators.

Whether it's the sound of their voice, their interesting catch phrases or their insights into the game, the play-by-play and color commentators of the NHL help to make the NHL a Made-for-TV event each night.

There have been some very good announcers, but there have also been some very bad ones as well. In this slideshow, we will look at the best 25 in recent memory. I caution readers, I'm still what you would call young, so I may miss an old play-by-play guy or two.

Hope you enjoy reliving some of hockey history as we take a trip down memory lane.

A pretty good commentator who deserves a spot in my top 25.

One of the better commentators today, Randy Hahn right now is likely the best commentator in southern California. 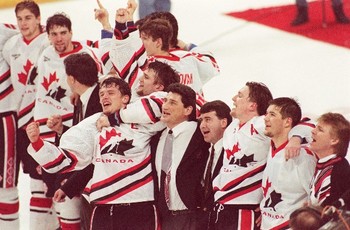 Paul Romanuk left the hockey world for Europe after his wife found a new job. But he left us with a few great calls.

"The Drive for Five...has Arrived!"

He does odd work now for Rogers Sportsnet in Canada for the Spengler Cup.

That is the moment that most Canucks fans will remember the most when referring to Jim Robson. This call was made after Trevor Linden got cranked in open ice by a Ranger player during the 1994 Stanley Cup Finals.

We go further down the list with this wonderful goal by Pelle Eklund courtesy of Gene Hart, broadcaster for the Philadelphia Flyers.

While I think McGuire likes to talk a bit too much, he does know his stuff usually, especially when it comes to young players. Carey Price is one of the exceptions.

One of the better broadcasters of of today. His calls of Ovechkin goals are memorable and he's made one word sound so good.

As much as I as a Leafs fan hate the Senators, I have to admit they have a very good announcer. Dean Brown is a professional and produces a very good sound on-air.

Gord Miller has become the voice of the World Juniors for today and some of his epic calls can be found in this video.

Most of us are too young to remember Rene LeCavalier, but he was the first ever commentator to call a game on television.

Jiggs McDonald may not be the best broadcaster here, but he has a top-five nickname.

In my opinion, probably the one of the best commentators in the NHL today.

13. Mike Lange: The King of the Catch Phrases, Pittsburgh Penguins.

"He Shoots and Scores"

The video says it all.

Jim Hughson is by far the best commentator today on CBC and Hockey Night in Canada.

"Holy Mackinaw!" and his obvious catch phrases for the netminders of the hemp huts gets him a spot in my top 13. I've grown up listening to the calls of Joe Bowen and while extremely one-sided, his voice is still one of the best in the game today.

The voice that many heard when Sidney Crosby won it for the Canadians, Chris Cuthbert is emerging as one of the very best in the game today. After moving from the CBC to the NHL on TSN, Cuthbert has seen his career skyrocket.

Who can forget this epic call. The enjoyment he got out of the Pat Kane goal was memorable, and so was his awkward high pitched "Hawks Win!" that sounded like a pre-pubiscent teenage boy having his voice crack.

"The Shot Heard Round the World"

A few of the many memorable calls of the one and only Rick Jeanerret.

His memorable calls of goals by Bobby Orr are all-time favorites of mine, and I truly believe he's one of the forgotten masters of his craft and doesn't get a lot of attention for what he's done for hockey in Boston.

Doc Emrick has become one of the most recognizable voices in American Hockey. His voice is the backdrop on many New Jersey Devils games, and now, he's getting more and more work on the National level.

Back in the day, Bob Cole was one of the best around. Today, he's mostly senile and forgets what is going on. Make it a career Bob, and call it quits before you ruin such a wonderful legacy.

The call of the Bobby Orr flying through the air goal is probably the most recognizable call by a commentator that is not calling the game for that team. Dan Kelly is a legend and his voice was one of the best around.

The voice of many NHL video games, and the voice behind the hit of Scott Stevens.

Paul Kariya came back miraculously, and authored a wonderful goal that was called by Gary Thorne, with one of the most memorable calls in all of hockey.

The second best commentator of all time goes to this man, Danny Gallivan. There are many other play-by-plays out there with Gallivan in them. This one is a short one, but search YouTube and you'll find others.

An innovator and the best voice in all of hockey. Foster Hewitt is a legend. He got started in other sports such as football, but eventually he would make his mark on radio and television with the Leafs.

His famous call of the Paul Henderson goal can be found here.