The Best Sports Travel Cities in the United States 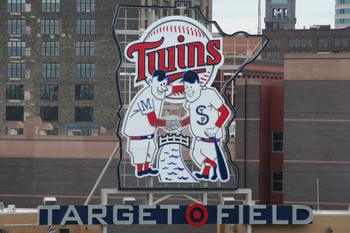 For years after college, one of the ways that I stayed connected to friends was through an annual baseball trip. Each year, we would rent a mini-van and travel from city to city for a long weekend of baseball, beer and all the brotherhood that came with it.

When I began to enter my fourth decade on this planet and examine my career trajectory, I made a list of all the things that I would love to do as a career. No matter how impractical the idea was I wrote it down.

More and more, I came back to those summer trips and wondered about the possibilities. Was it possible to make a career out of something so fun? Was the old saying about finding a job you love, and never working a day in your life really attainable?

I began to pursue the idea and created a website called StadiumJourney.com. I found pretty quickly that to create a comprehensive site with stadium information for travelers, I would need some help. Less than two years later, we have a team of 35-plus writers and have reviewed nearly 450 stadiums.

Here's what we've learned so far about metro areas that have the best typical sports experiences. 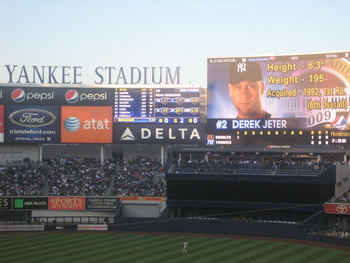 First, let me lay out my method for compiling this list.

I utilized the ratings on StadiumJourney.com for each stadium in the four major sports (MLB, NFL, NBA and NHL). I added the Official Stadium Journey score (which is done by one of the paid correspondents at the site) and the "Crowd Score" which is an average of all reviews and ratings submitted by members of the site. If there was no Crowd Score, then I doubled the value of the Official Stadium Journey score.

I only looked at cities that had at least four teams in the leagues under review and established a score for each league in that city. For cases where cities had more than one team in that league (e.g. Mets and Yankees, Clippers and Lakers, etc.), I averaged the two scores.

In the end, each city (with the exception of Los Angeles since they have no NFL team) had four scores, which I then averaged to create the list.

Without further ado, here are the Top 14 sports cities based on the experience of attending live sporting events. 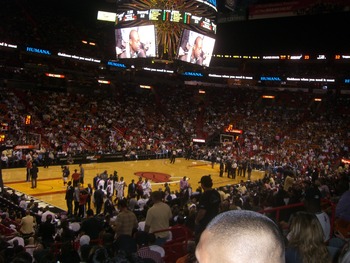 The crown jewel here is clearly the Miami Heat experience, but a game at Sun Life Stadium (at least for a Dolphins game) is also a good experience. Miami's live sports score suffers because they have the worst MLB experience and one of the worst NHL experiences. It will be interesting to see how this score improves after the new Marlins park opens in 2012. 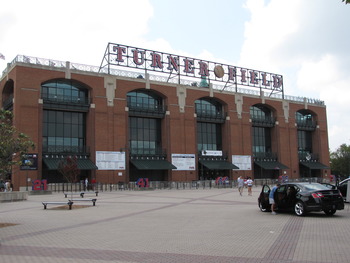 This may be a case of rubbing salt in a wound by including the now-defunct Thrashers of the NHL, but it is interesting to get a full picture of the sports teams of the Peach State. Surprisingly, the worst experience is at the Georgia Dome for a Falcons game. That may suggest the need for an outdoor stadium for the team.

The consistent success of the Braves keeps the experience at Turner Field as the best in town. 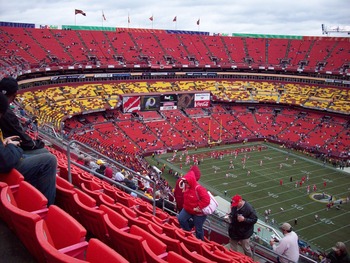 It is interesting to see the difference that winning makes on the live sports experience. The Wizards and the Capitals share the lovely Verizon Center, situated in downtown DC, but the Caps score quite a bit higher. Redskins fans may be some of the best around, but their stadium experience lags behind many other NFL venues. 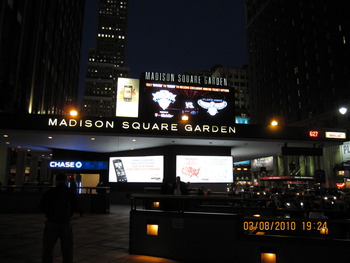 There's no doubt that a Knicks game at MSG is about as good as it gets in the Big Apple. Cost is a huge issue in the reviews for each of these venues, and when there is a high price tag, then the venue must deliver. It also doesn't hep when a venue consistently fields a team that is less than stellar. 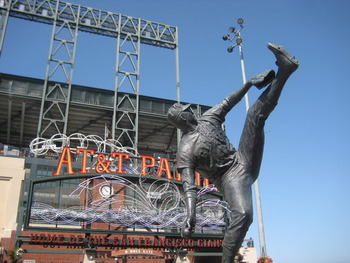 Kickin' It at AT&T Park

The gem here is clearly AT&T Park, which consistently ranks as one of the best in Major League Baseball. The other side of the coin of course in the Coliseum when it comes to baseball. 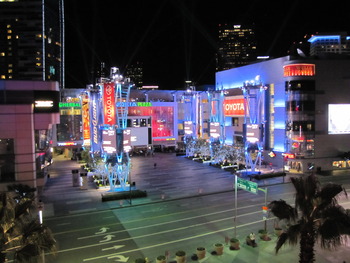 Whether it is a Clippers, Lakers or Kings home game, the Staples Center is the place to be in Los Angeles. The area known as L.A. Live has really made this a great sports destination regardless of the time of year.

Dodger Stadium seems to be the venue most maligned, especially following the cowardly attack on a Giants fan earlier this season. 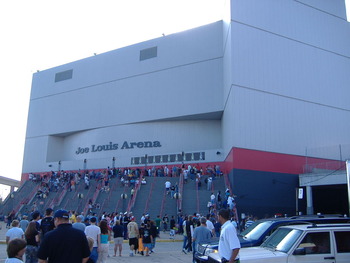 Up the steps to Joe Louis Arena

Even at over 30 years of age, "The Joe" is still the place to be in Motown. Comerica Park has also won its fair share of positive reviews, even though there are many traditionalists still mourning the loss of Tiger Stadium at the corner of Michigan and Trumbull. 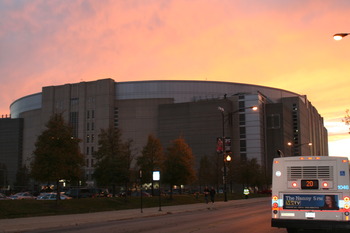 Sunset on the United Center

There's no question that Wrigley Field is on every serious sports traveler's "must-see" list. Additionally, you really can't go wrong in the Windy City.

The national anthem at a Blackhawks game, the championship banners at a Bulls game, the tradition of the Monsters of the Midway at a Bears game and the generally underrated U.S. Cellular Field—there is something to see almost every night of the year. 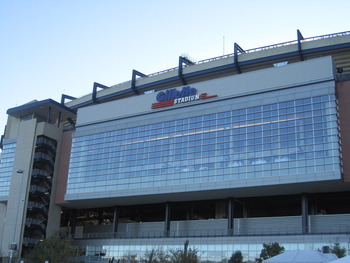 Even though the Bruins experience is rated the lowest in Beantown, it really is hard to go wrong no matter which venue you choose. The obvious choice is Fenway, one of the best live sporting experiences in North America. 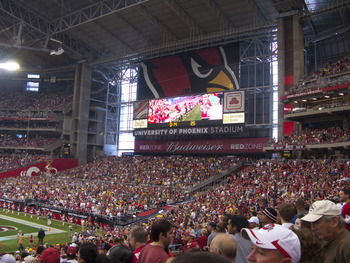 The surprise here is that the experience of attending a Phoenix Coyotes game is not as bad as you may have thought. In fact, it ranks better than many NHL arenas. University of Phoenix Stadium leaves little doubt why it is chosen to host Super Bowls and BCS Championships. 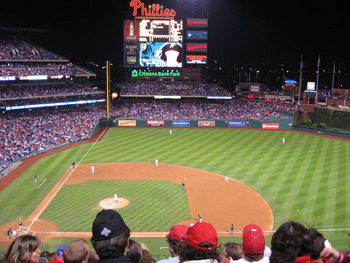 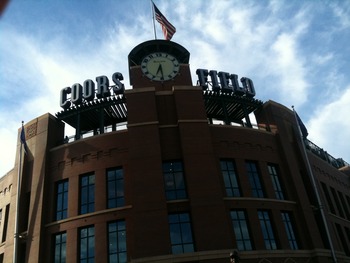 Denver is another city where consistency is key. The Broncos beat out the other teams for the best sports experience in Denver, but just by a nose. 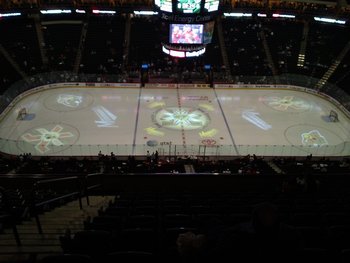 The experience of attending a Minnesota Wild game ranks as the best place to see a game of all of the stadiums mentioned. That may come as a surprise to many of you, as does the placement at No. 2 for the Twin Cities.

Target Field has transformed the sports landscape of Minneapolis. Go there in May, and you'll find a fanbase that seems as if they are still getting used to fresh air for the first time in over a quarter-century. 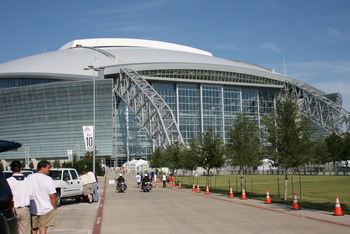 And the best city to be, if you want to see great live sports night after night is...DALLAS!

Cowboys Stadium certainly stands out as the height of luxury. With the Mavericks and Rangers on the rise and a surprisingly strong supporting group for the Stars, you'll find everything you need. Now you just have to figure out how to afford all of the season tickets.