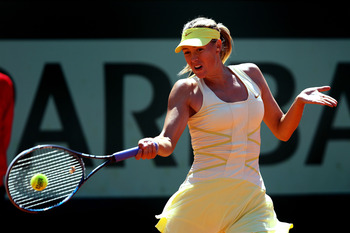 Maria Sharapova, while the most recognizable player on the women's tour, has failed to produce results to justify her enormous hype.

Her gorgeous figure and signature shrieks have made her a household name, but her track record suggests that maybe she doesn't deserve all the fanfare.

With three major victories and many more injuries, Sharapova has had a rocky career. Currently on what seems like her fiftieth resurgence, she made a serious bid for a career slam, but was edged out by eventual champion Li Na in the semifinals.

Though she may have the tools to do it, here are five reasons why Maria Sharapova will never win another major. 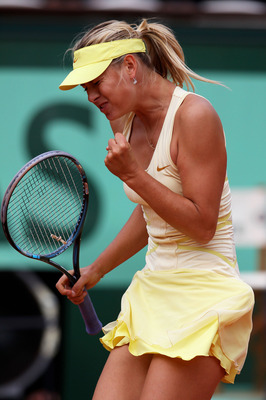 In her career, Maria Sharapova has held the World No. 1 ranking on four separate occasions for a grand total of 17 weeks, never for longer than seven weeks at one time.

Since her professional debut on April 19, 2001, 13 women have held the number one ranking. Only two players of that elite group—Ana Ivanovic and Venus Williams—have held the top spot for less time than Sharapova.

Even though Sharapova will always be regarded as a "former World No. 1," she doesn't deserve the title as much as a few others. Serena Williams and Justine Henin, for example, were able to not only become the world's top player, but remained atop the standings for sustained periods of time.

Further, we should recall that Sharapova took hold of the number one ranking for seven weeks two separate times in 2005 because Lindsay Davenport, who had held the top spot for 44 weeks, suffered an injury and could not defend enough points. Davenport quickly took back her ranking when she was fit to play.

In 2007 Sharapova ascended to the number one spot again, this time because Justine Henin had to withdraw from the Australian Open. Seven weeks later, a healthy Henin dethroned Sharapova.

Finally, in 2008, Sharapova claimed the number one ranking for the fourth time when Henin abruptly retired and requested that the WTA immediately remove her ranking. Three weeks later, Ana Ivanovic won the French Open and became the new World No. 1.

Sharapova is due credit for being the world's number two at all those times. However, the fact remains that all of her time as the top-ranked player occurred simply because of someone else's injury or retirement. 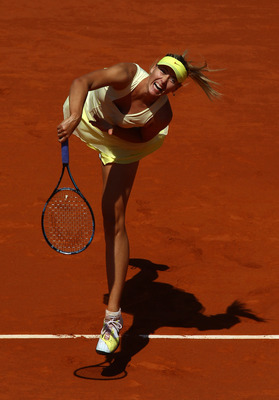 Maria Sharapova may not be able to count on other players' injuries to help her advance in the rankings, but she can always count on her own to dash her hopes.

In both 2006 and 2007, Sharapova had to miss the majority of the clay season due to injury. Her shoulder injury in 2007 was particularly costly because it cost her the chance to compete with Henin for the number one ranking.

Sharapova's 2008 season was marred by a torn rotator cuff discovered in August that actually had been plaguing her since April. She was forced out of the year's remaning tournaments, including the US Open, WTA Tour Championship and Beijing Olympics. She ultimately missed ten months.

Her subsequent comeback attempt was temporarily stalled by an elbow injury in early 2010 that forced her out of Indian Wells and Key Biscane, and also interrupted her clay court season yet again.

Sharapova has climbed all the way back up to sixth in the world with her semifinal appearance at the French Open, but with the toll her punishing serve and groundstrokes take on her body, it's only a matter of time before another injury sets her back. 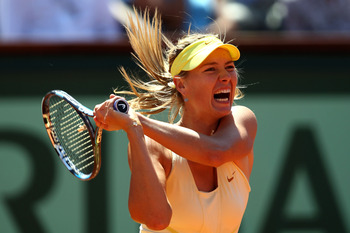 As mentioned before, Maria Sharapova has difficulty maintaining a high level of play for more than a couple of months at a time.

Case in point: Sharapova has won three grand slams, all spaced two years apart. She won Wimbledon in 2004, the US Open in 2006, and the Australian Open in 2008.

In the weeks leading up to her Wimbledon and US Open Victories, Sharapova won at least one warm-up tournament. Her Australian Open victory came after an impressive Fed Cup showing against Israel.

Rather than being a dominant force that is a factor in every tournament, Sharapova is more of a streaky player that can get hot and beat anyone, or lamely peter out in the fourth round.

Sharapova has proven incapable of winning a major simply on skill alone—she has to be on some sort of streak to be a factor. She is constantly tweaking and changing things in her game, and has to have everything line up perfectly for her to compete in majors.

The women's field is too deep for this kind of approach. Sharapova needs to figure out her game and stick with it to give herself a chance at each and every major if she hopes to come away with one more. 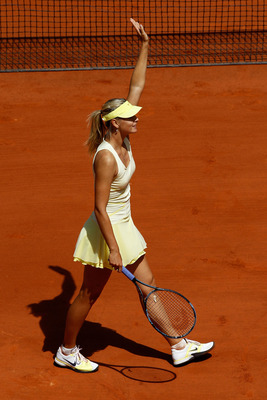 At 24 years old, Maria Sharapova is hardly old. But with seven professional years and a slew of injuries already to her name, the end could be near.

Most tennis players' careers rarely extend past 30, and for women the end often comes earlier. While Kim Clijsters (27) and Vera Zvonereva (26) both still sit inside the top five, world No. 1 Caroline Wozniacki (20) and No. 3 Victoria Azarenka (21) are both looking like the Sharapova of 2006.

Even if Sharapova can extend her career like Li Na or Kim Clijsters, the clock is ticking. Sharapova has most likely already passed the halfway point of her career.

With her history, Sharapova very plausibly will continue to suffer injuries as her body gets older and cannot perform at the high level she demands. She will have to be very tough mentally to find a way to protect her body and reach her fullest potential on the court as she ages. 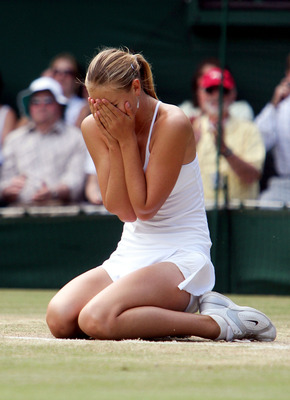 Maria Sharapova is often lauded for her versatility, having won all three of her major titles on different surfaces.

Consider that in her top two events, on average she reaches the quarter-final. In her worst, she averages a fourth-and-a-half round finish.

It's almost the same result. That fact might work against her as her career begins to wind down.

Unlike Clijsters, who has won the US Open three times, or Henin, who won the French three years in a row from 2005-2007, or the Williams sisters, who have combined to win nine of the past 11 Wimbledons, Sharapova does not have a preferred event.

Earlier in her career, Sharapova would have called Wimbledon her favorite—she made it past the fourth round each of her first four times in the tournament, including three semifinal appearances and one victory. In the four years since, the fourth round has been her best result.

There is no event that Sharapova can call her own, in which she can be sure to compete year-in and year-out.

She could very well be doomed to perpetual quarter and semi-final finishes for the remainder of her career unless she can find a surface to dominate.