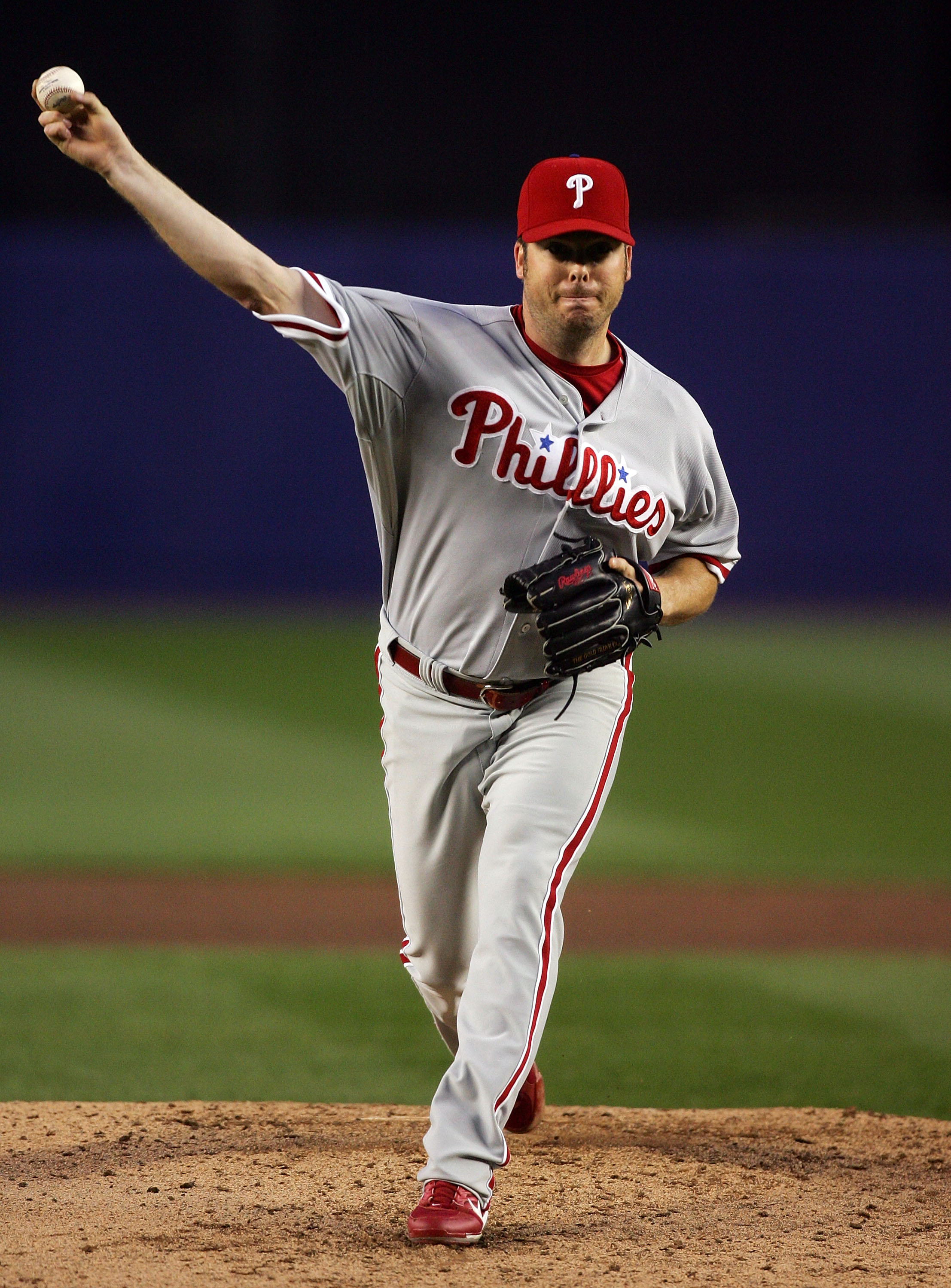 The Phillies have had the best record in the National League for the majority of the 2011 season. They are in the midst of the most anticipated season in the entire 121-year history of Phillies baseball.

They have four of the top 15 pitchers in baseball in Halladay, Lee, Oswalt and Hamels. They have some of the most popular players in the game in Utley, Howard, Rollins and Victorino.

The Phillies kept on winning and they kept raking in the cash. Consequently, they were able to bring in some of the biggest names in the game, whether it was via trade or free agency.

We all know the offseason acquisitions that were brought in by the Phillies that made significant impacts towards the team's success, but allow me to play GM for a moment. After all, I led the "Fire Ed Wade" chants at Citizens Bank Park and the Vet for many years. 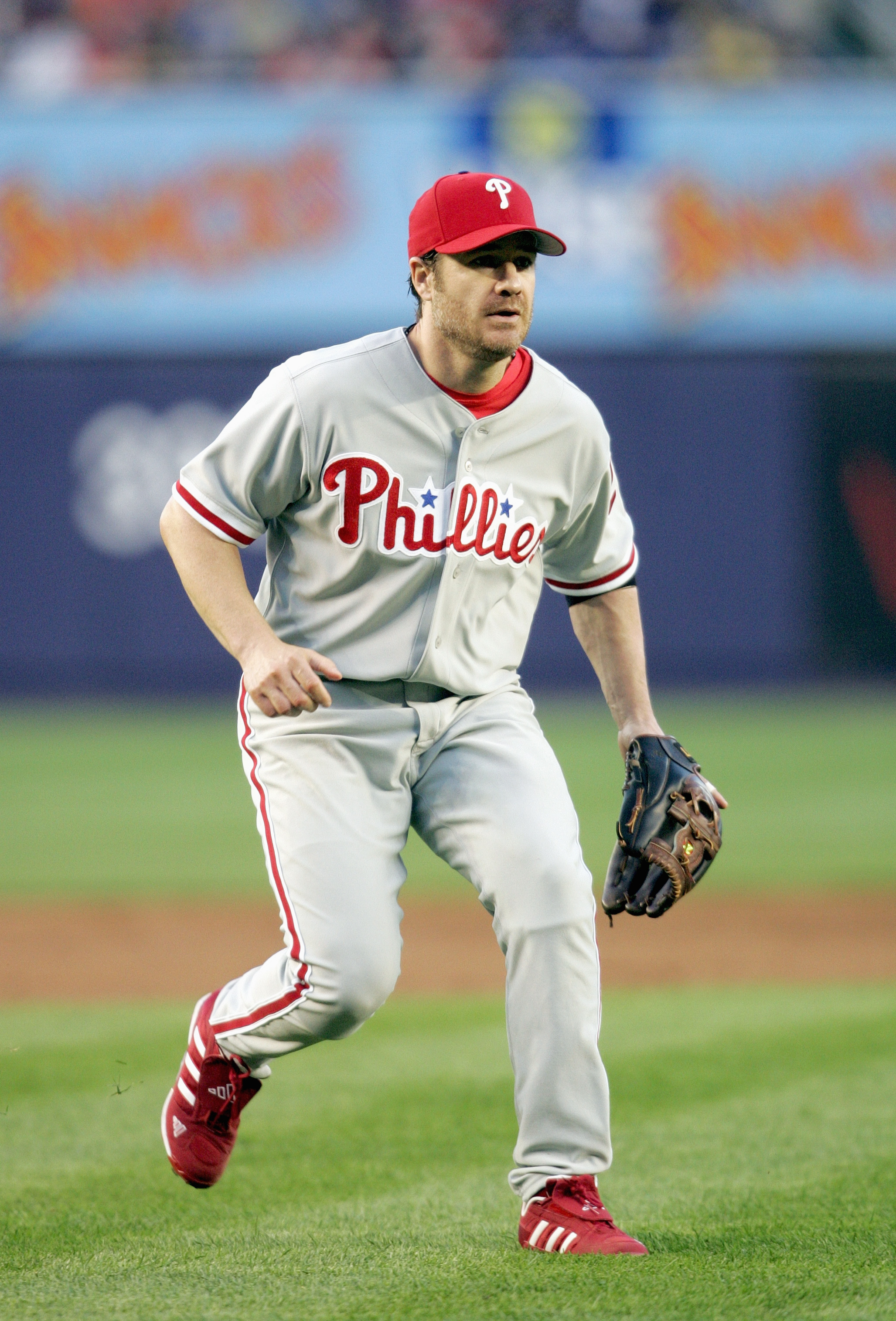 David Bell may have been the weakest player to ever hit 20 home runs. In all seriousness, David Bell appears on this list more for something he had no control over than his hitting, which was pretty bad as a Phillie.

The Phillies signed Bell to a four-year, $17 million contract on November 24, 2002. That was only a week before they made a huge splash and signed Jim Thome.

The Phightin's obviously had a lot invested in Bell, so much so that they decided he was more valuable to the team than Placido Polanco. In 2005, Chase Utley was now major-league ready and the Phillies had little use for Polanco.

Everybody's favorite general manager (you guessed it, Ed Wade) traded Polanco for Ugueth Urbina and Ramon Martinez. Polanco proceeded to hit .338 with the Detroit Tigers, while Bell hit .248 for the Phillies.

I may just be a bitter "Negadelphia" fan for saying this, but thanks David Bell (and Ed Wade) for being a part of a trade that sent a career .300 hitter to the American League for five seasons. 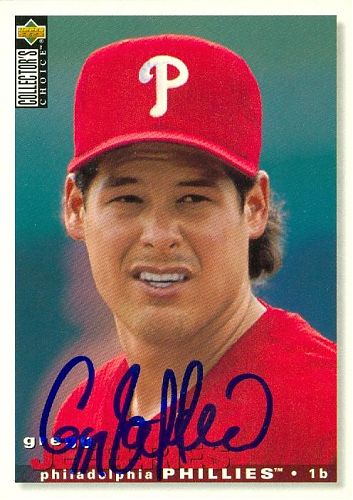 Thanks Gregg for signing that baseball card and for spelling your first name with the extra "g." The Phillies signed Jefferies to a four-year, $20 million deal in 1994 after he hit .342 and .325, so it's hard to blame Phillies management for paying big bucks for Jefferies. Or is it?

Before Jefferies' two huge seasons, he had four-straight seasons where he never hit above .285. Over his 14-year career, he never had more than 16 home runs or 83 RBI.

While with the Phillies, Jefferies spent a ton of time on the DL. His average was solid in his first year at .306, but he only had 11 HRs and 56 RBI at the heart of the Phillies order.

His average continued to drop during his tenure in Philadelphia. In his second season as a Phillie, Jefferies hit .292 with only seven homers and 51 RBI. In his third season with the Phillies, Jefferies averaged dropped all the way to .256, and he only had 11 homers and 48 RBI.

In 1997, the Phillies were finally able to cut their losses (finally) and trade Gregg Jefferies to the Anaheim Angels.

The man who never scored 60, never drove in 70 and never hit more than 11 homers as a Philadelphia Phillie: Ladies and gentlemen, Gregg Jefferies. 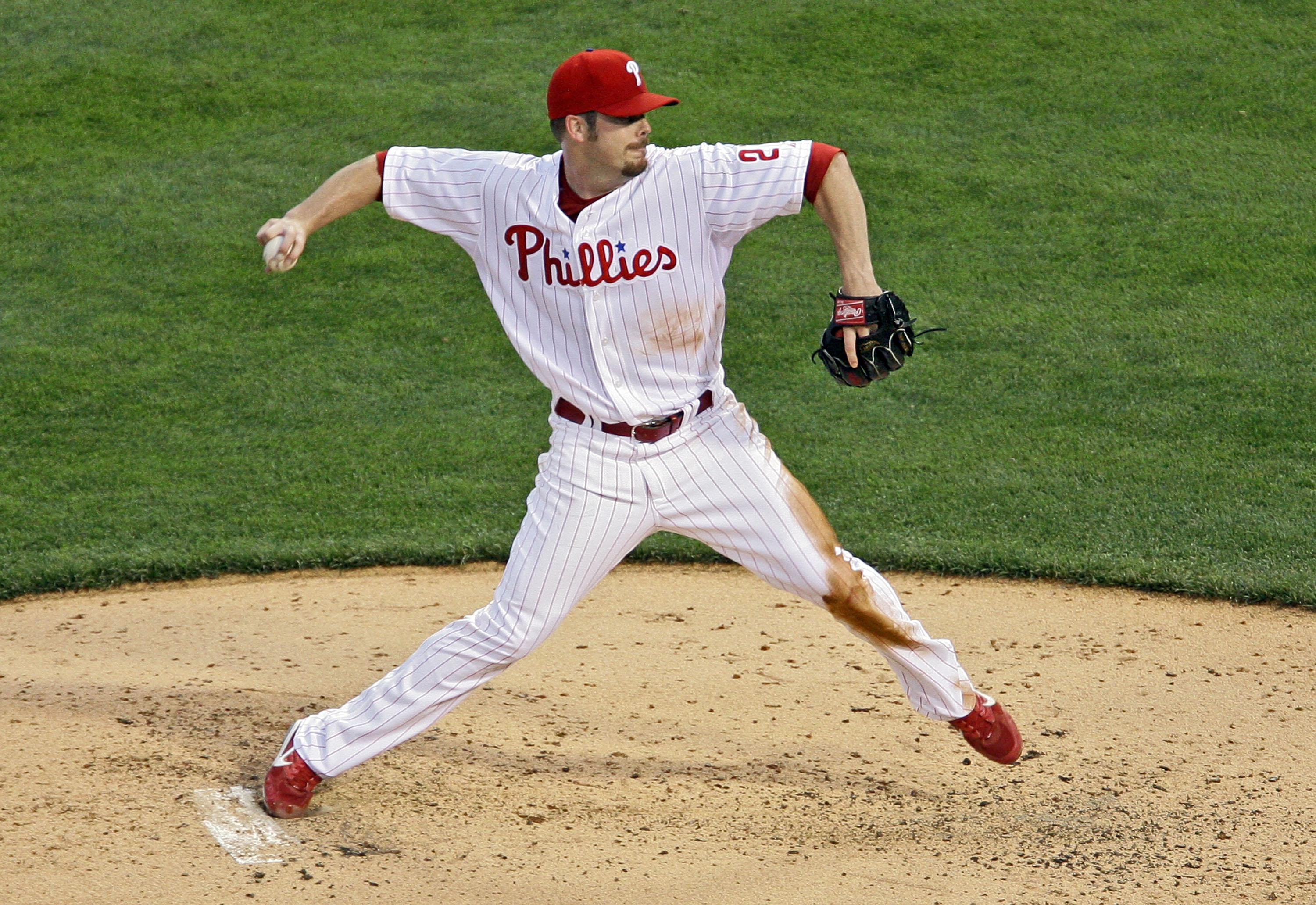 The name Adam Eaton still makes Philadelphia cringe worse than Jayson Werth's beard. In 2006, Eaton signed a three-year deal worth $24.5 million to pitch for the Phillies.

At least the Phillies were able to return the favor a little and humiliate Eaton by asking him to accept a minor-league assignment. It wasn't surprising that he accepted the demotion (cash huge check now), but you would think that he would have fared a bit better against minor-league competition.

Eaton can still call himself a world champion even though he watched the Phillies accomplish that goal from his home in Washington. Eaton was so bad as a Phillie that the team chose to release him (shocker) while still being on the books for his final $9 million.

If all of that didn't anger you enough Philly Nation, remember this quote?

This is an absolutely horrendous signing, but it actually gets a lot worse. 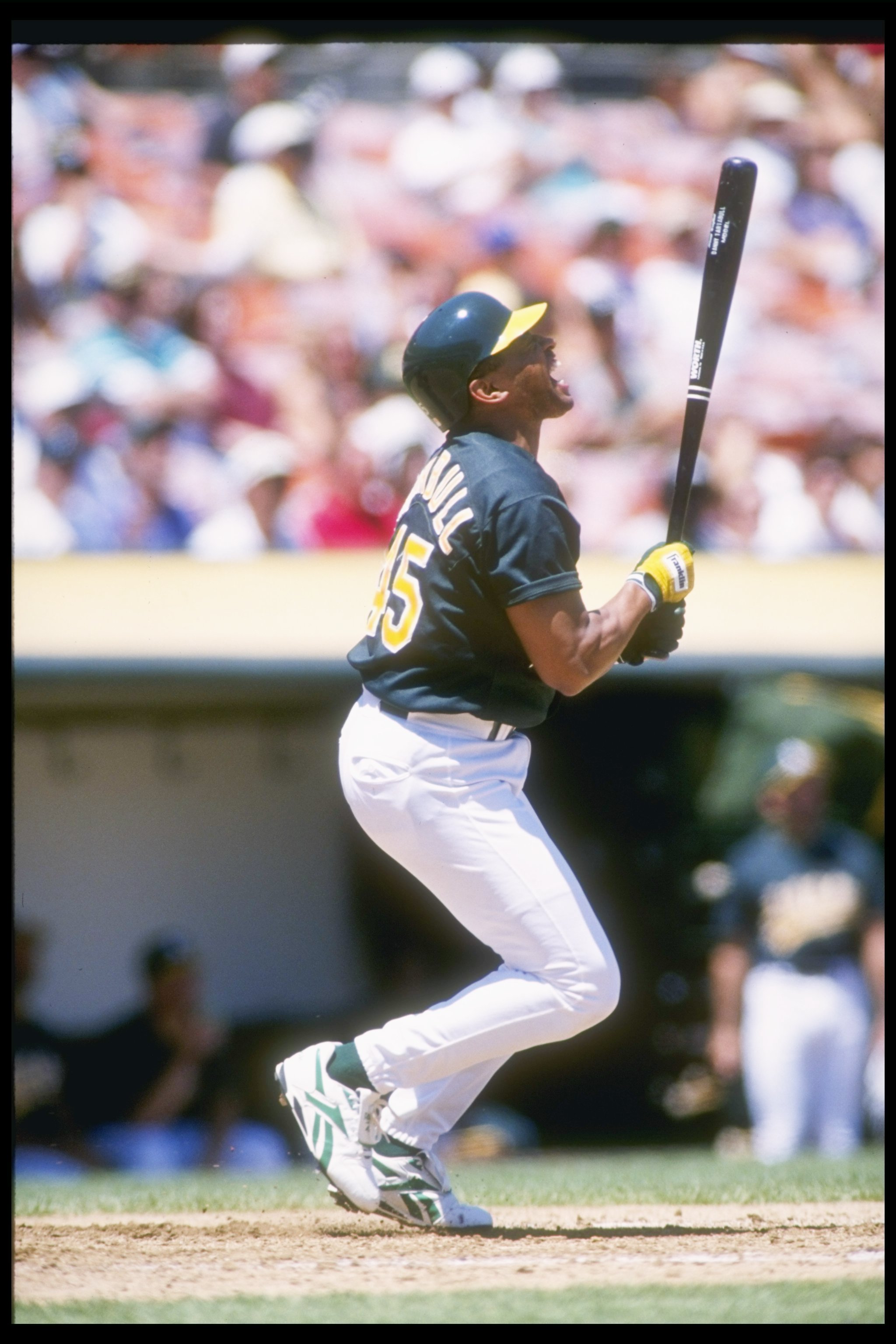 The Danny Tartabull and Philadelphia Phillies saga sounds like a New York Mets signing, it's so bad. Danny Tartabull was at one time an outstanding hitter. In fact, the former Rookie of the Year hit 262 home runs and had 925 RBI in his career.

Tartabull hit 25 or more homers seven times, but in 1994 he began to have a myriad of injuries and his numbers dropped off exponentially. That was until 1996, when he somehow was able to pop 27 home runs for the Chicago White Sox.

That was enough for the extremely cheap (at that time) Phillies to offer Tartabull a one-year, $2 million contract with $300,000 in incentives. Tartabull was offended by the deal (he did average around $5 million at that point) and the Phillies crossed him off their wish list.

The rest of Major League Baseball obviously knew something that the Phillies (and Tartabull for that matter) didn't, as the Cincinnati Reds were the only other team to offer him a contract (for $500,000).

When Tartabull realized no one else was going to give him an offer, he pretty much told the Phillies that he was kidding originally and would love to play for them.

Danny Tartabull's numbers as a Phillie: three games, seven at-bats, zero hits, $2 million and an early retirement at the age of 34.

Thank you, Danny Tartabull, for your service to the greater Philadelphia area. 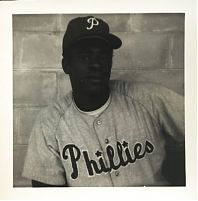 This man is a disgrace to the name Mike Jackson.

Even though Danny Tartabull's tenure in Philadelphia was absolutely ridiculous, Mike Jackson still was an easy choice as the worst free-agent signing in Philadelphia Phillies history.

The Phillies originally had Jackson when he was 23 years old, and he went 3-10 with a 4.20 ERA. So the Phillies somehow managed to trade him and probably never thought he'd play for them again.

In 1999, Jackson had 39 saves with a 4.06 ERA at the ripe age of 35. Jackson was looking for one more big payday, and he got it from the St. Louis Cardinals, but he failed their team physical.

So the Phillies decided to reunite with their once young prospect (again after he failed the Cardinals' physical), and the Phillies gave him a one-year deal for (close eyes again) $3 million.

Jackson played in a whopping zero games for the Phillies in 2000, but he did manage to blow out his elbow. Well played sir.