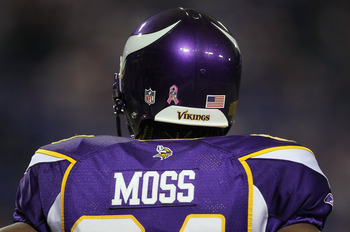 The Dallas Cowboys have drafted some great players, including Hall-of-Fame talents such as Roger Staubach, Troy Aikman, Tony Dorsett, Emmitt Smith and more. But that list of greats could have been much larger had the Cowboys drafted differently in other seasons. Some of these picks may be obvious, while others you may be surprised about; but without a doubt the Cowboys missed out on some great players. They gave up on Hall of Famers for guys who ended up never playing a game in the league. Here is a look at how the Cowboys should have drafted from Day One. 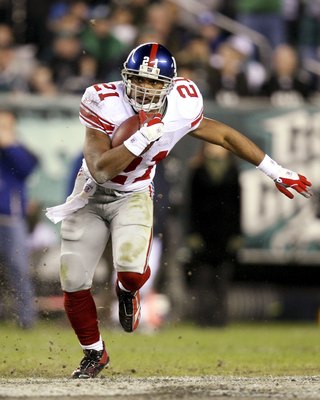 Dallas hoped to draft the next Jay Novacek with their first pick in 1997. But David La Fleur, the tight end from Louisiana State, turned out to be one of the Cowboys' biggest draft busts as he racked up only 85 receptions for 729 yards and 12 TDs in four years. Jason Witten does better than that in one season.

In 1997, Emmitt Smith was getting older, and Dallas could have added some youth to their run game by adding Tiki Barber, the halfback out of Virginia. Barber became a three-time Pro Bowler and was selected to the All-Pro team three times. His a career rushing total was 10,449 yards. He and Smith would have been a great one-two punch against opposing defenses. 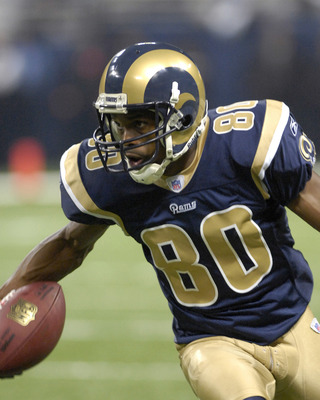 Four years, 11.5 sacks and an appearance as a member of the Memphis Maniax in the XFL—that's all that became of Shante Carver, the defensive end from Arizona State who the Cowboys grabbed with their first pick in the 1994 draft.

Isaac Bruce was still on the board when Dallas choose Carver, and as we all know, Bruce had a great career racking up 1,024 receptions for 15,208 yards. He was the 1994 Rookie of the Year, a four-time Pro Bowler and three-time All-Pro selection. If Bruce teamed up with Michael Irvin, they would have extended Dallas' dynasty from the nineties well into the early 2000s. 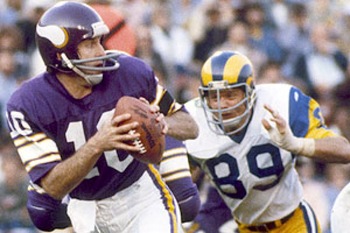 In 1961 the Dallas Cowboys started off well by choosing Bob Lilly, arguably the best player in Dallas Cowboys history. But by the second round they had the 16th pick in the NFL draft, with which they selected E.J. Holub, the center out of Texas Tech.

Holub's career in Dallas was decent as he earned two All-Pro honors and five AFL All-Star honors, but as a member of the Dallas Texans, now the Kansas City Chiefs. Because in actuality, Holub was drafted in the second round of the NFL draft by the Cowboys but also the sixth overall pick in the AFL draft to the Texans—he chose them instead. The Cowboys never got to use their second draft pick in franchise history.

The only thing that makes missing out on a decent player even worse is that Fran Tarkenton was on the board at that time, too. And as we all know, Tarkenton went on to be one of the greatest quarterbacks to ever play the game. 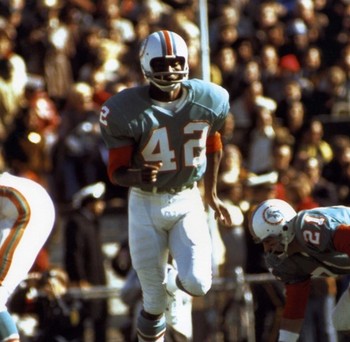 The Cowboys 1964 draft class was unbelievable, as they selected Hall of Famers Mel Renfro, Bobby Hayes, and Roger Staubach. But it could have been even better.

Dallas had the fourth pick that year, and they chose to use it on Scott Appleton, an offensive tackle from Texas. But Appleton pulled a page from the E.J. Holub playbook and headed to the AFL to play for the Houston Oilers instead. His career as an Oiler didn't pan out too well, as he played only 70 games, starting in only 28.

Still on the board at that time was the very speedy halfback from Ohio State named Paul Warfield, who went on to be one of the best wide receivers in NFL history, earning eight Pro Bowls, six First-Team All-Pro selections, one Second Team All-Pro and a spot on the 1970s All-Decade Team. 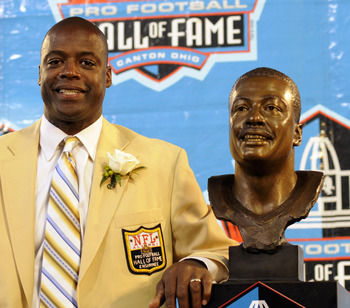 Jim Jeffcoat was the Cowboys' first pick in 1983, a defensive end out of Arizona State. Jeffcoat helped lead Dallas to two Super Bowl titles, and he recorded 102.5 sacks during his career. Jeffcoat was a great contributor to Dallas, but the Cowboys missed out on two other great players.

This selection on the list was between Darrell Green or Dan Marino, and ended up being Green simply because if Dallas would have chosen the quarterback I wanted them to during the 1979 draft, they wouldn't have needed Dan Marino. Plus, who in NFL history was faster the Darrell Green?

Green was remarkable, getting seven trips to the Pro Bowl, four All-Pro selections and becoming part of the 1990s All-Decade Team. Dallas really could have used a guy like him during the awful 1980s. 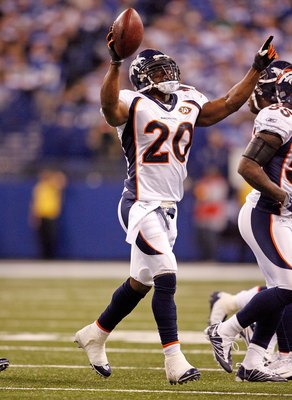 Dallas picked up Kavika Pittman, the defensive end out of McNeese State as their 37th pick in the 1996 NFL draft. Pittman did next to nothing for Dallas and would spend eight years in the NFL with three different teams.

Dallas could have instead drafted the all-time greatest Eagles and Broncos defender Brian Dawkins. Dawkins is an 8-time Pro Bowler with five All-Pro selections, and the leadership qualities of Captain America. He and Roy Williams would have been a disaster for opposing offenses. 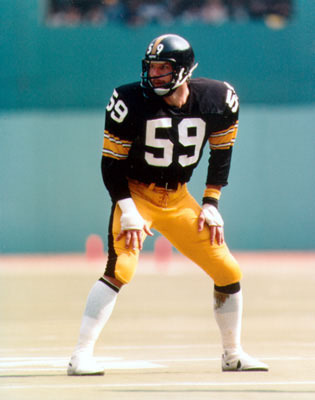 With the 25th pick in the 1971 NFL draft, the Cowboys chose to go with Tody Smith, a defensive end from USC. Smith was a great college player, and was a part of the original wild bunch, but as for the NFL, he spent six seasons with three different teams.

Dallas missed out on all-time Steelers great Jack Ham. Ham was a linebacker out of Penn State who played his entire career with the Pittsburgh. Ham was an 8-time Pro Bowler, 6-time All-Pro, and a member of both the 1970s All-Decade Team and the NFL's 75th Anniversary All-Time Team. To top it all off, he helped the Steelers win four Super Bowls, two of them over the Cowboys. 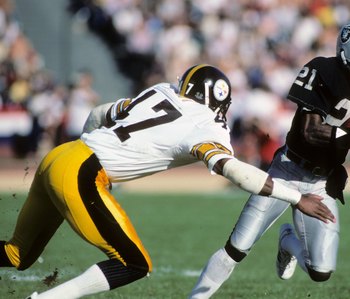 In 1970, Dallas did OK in the first round, picking up Duane Thomas, who helped the team win an NFL Championship in 1970. But during the second round Dallas had two picks: the 27th, where they picked Bob Asher, an offensive tackle from Vanderbilt, and the 49th, which they used to snag Margene Adkins, a wide receiver from Trinity Valley.

First of all, who is Bob Asher? If you can tell me who he is and what he's done, I would love to know. As for Margene Adkins, he came out of the CFL (Ottawa Rough Riders), and the only notable thing he did with his career was win Super Bowl VI as a tag-along with the Cowboys.

Either one of those picks could have been used on Pittsburgh Steelers great Mel Blount, the defensive back out of Southern. Blount was a 5-time Pro Bowler, 4-time All-Pro, the 1975 Defensive Player of the Year, member of both the 1980s All-Decade Team and the NFL 75th Anniversary All-Time Team, and a 4-time Super Bowl champion. That's a lot to miss out on. Could you imagine going up against both Mel Blount and Mel Renfro as a QB? That would have been scary. 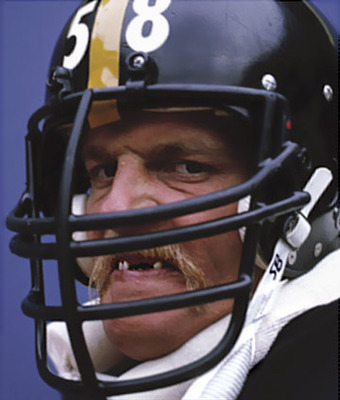 Dallas had two first-round picks in 1974, and the first one was a great choice. With the No. 1 overall pick Dallas choose Ed "Too Tall" Jones, the 6'9" defensive end out of Tennessee State. Too Tall was a 3-time Pro Bowler and 3-time All-Pro selection. But as for their second pick, Dallas used the 22nd selection on Charley Young, the running back from North Carolina State. Young lasted only three years in the NFL and wasn't anything special by any means, racking up only 131 carries for 638 and two TDs.

Dallas could have picked up one of the most iconic players in NFL history, the toothless, nasty, hard-hitting Jack Lambert, who ended up with the Pittsburgh Steelers. Lambert was a 9-time Pro Bowler, 7-time All-Pro and a member of the '70s and '80s All-Decade teams as well as the NFL's 75th Anniversary All-Time Team. Lambert was also the 1974 NFL Defensive Rookie of the Year and the 1976 Defensive Player of the Year, and he led the Steelers to four Super Bowl championships. 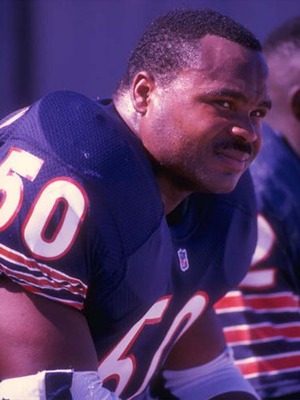 Howard Richards, and offensive Tackle from Missouri was the Dallas Cowboys No.1 pick (26th overall) in 1981. Richards spent six years with the Cowboys but never did anything notable. The Cowboys took Richards while some great players were still on the table: Rickey Jackson, Russ Grimm, Howie Long, and even Marion Barber's father. But most notably, the Cowboys gave up Mike Singletary. 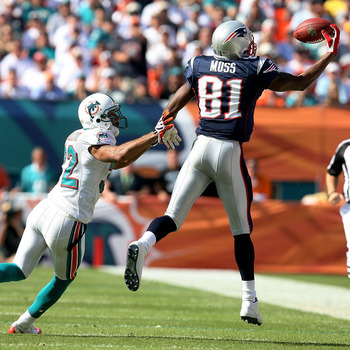 Dallas picked up Greg Ellis as the eighth overall pick in 1998. Ellis has a decent career in Dallas, being selected to a Pro Bowl in 2007 and winning Comeback Player of the Year that same year. But Dallas missed out on Randy stinkin' Moss! Aside from his bad attitude, Moss is one of the all-time greatest receivers and, teamed up with Michael Irvin and Isaac Bruce (see No. 11), he would have been a great piece to the Dallas organization.

Moss won the 1998 Rookie of the Year award, has seven Pro Bowls, five All-Pro selections, is a member of the 2000 All-Decade Team and has a boatload of NFL records. Moss would have made Dallas a great team, and teaming him up with Tony Romo would have won Dallas a Super Bowl by now for sure. 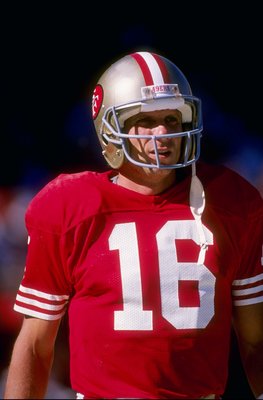 The Cowboys didn't have a lot of great picks in 1979, and that ultimately led to their downfall in the mid- to late-eighties. Dallas had the 27th pick, grabbing Robert Shaw, a center from Tennessee; the 55th pick used on Aaron Mitchell, a DB from UNLV; and the 76th pick, where they grabbed Doug Cosbie, a tight end from Santa Clara.

Out of the three of them, Mitchell started 16 games, grabbed four interceptions and one fumble; but he lasted only three years. Shaw also only lasted three years, and he didn't have any notable stats. Cosbie on the other hand was a 3-time Pro Bowler; but even that pales in comparison to the gem that Dallas passed up.

Dallas could have drafted arguably the greatest QB to ever play the game of football: Joe Montana. We all know what Montana meant to the game of football, as he is ranked fourth on NFL.com's top 100 players list. Montana has so many awards and career highlights that it would take all day just to write them all down But the thing that may hit home to most Cowboys fans is "The Catch" If Montana went to Dallas rather than San Francisco, it would have been Dallas instead of the 49ers all those years.