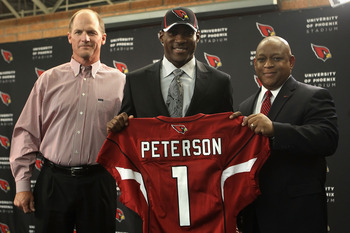 The Arizona Cardinals finished their 2010 campaign with a record of 5-11; a record that hasn't met their expectations as of late. The season was filled with disappointment.

The Cards went through three different quarterbacks: Derek Anderson, Max Hall and John Skelton. While Skelton showed the most potential out of the three, the Cards still didn't have the right man for the job.

So now the Cardinals enter the 2011 season hoping to regain their winning form and hoping to take back the NFC West.

Obviously, the Rams and Seahawks will be standing in their way and the 49ers will have their shot at the division so the Cardinals will have their work cut out for them, but with that being said Ken Whisenhunt will have his squad ready and poised for another playoffs run.

If in fact the Cardinals are to make the playoffs, there are some factors that will need to come into play, and if those certain factors happen, the Cards will be back in the playoffs hoping to regain some of that magic that sent them to the Super Bowl.

5. Patrick Peterson Will Be a Pro-Bowler 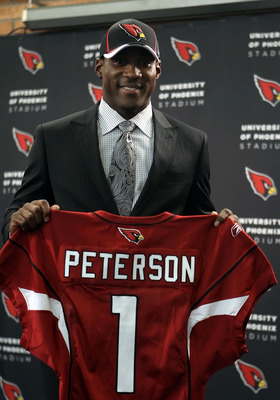 It's been some time since an elite cornerback has entered the NFL. There was Darrelle Revis, Champ Bailey and Deion Sanders. Those were the elite three that everyone knew would make an immediate impact; those three were poised for greatness.

Patrick Peterson fits the mold for that type of player. He's a dynamic athlete who excelled in the best conference in football and he was unquestionably the best player in the draft class. How he slipped to the fifth pick is unknown, but the fact is he was a prize for any team and the Cardinals were lucky enough to get him.

Pair him with Dominique Rogers-Cromartie and you have a lethal combination of young cornerbacks who have a knack for making plays and Peterson hasn't even played a down in the NFL yet.

Peterson is going to be a great player for many years to come and that greatness will begin this year. The Cardinals defensive backfield may just be one of the best in the NFL this year with the addition of Peterson.

4. Ryan Williams Will Lead the NFC West in Rushing 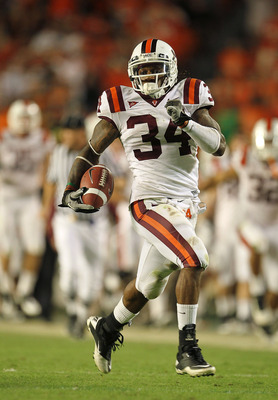 The Chris "Beanie" Wells experiment just hasn't worked out. That's not saying he's a bad player either. He just didn't take over the running back position much like experts predicted. Tim Hightower certainly isn't a starting running back either, which is why the Cards drafted Ryan Williams in the second round.

When Ryan Williams wasn't splitting time at Virginia Tech with other running backs, he was one of the best running backs in the country.

It's pretty bold to say that he not only will lead the division in rushing, but also to say that he will be the starter, but Williams is a dynamic running back with power and speed.

Frank Gore, Marshawn Lynch and Steven Jackson are all premier running backs in the division, but Ryan Williams has the potential to step in and be a star, much like what Arian Foster did for the Houston Texans last season.

3. Larry Fitzgerald Will Lead the League in Receiving 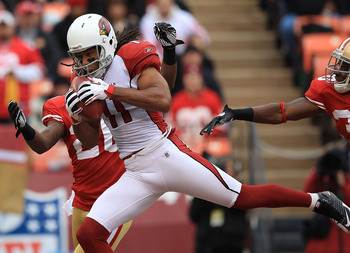 Last season, Larry Fitzgerald had 90 catches for 1,137 yards for six touchdowns. That was with three different quarterbacks who didn't quite have their timing down and none of whom were named Kurt Warner.

If my later prediction is correct, Fitzgerald will have a quarterback that not only will start all 16 games this season, he will be far more consistent. I know that John Skelton showed signs of improvement late in the year last season, but he still has a ways to go before he becomes a starter in the NFL.

2. Kevin Kolb Will Be the Quarterback 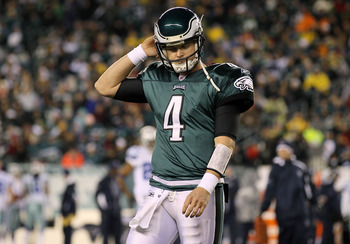 There has been speculation all off-season that Kevin Kolb will be the quarterback for the Arizona Cardinals this season. That or Donovan McNabb or Marc Bulger, but Kolb would be the better fit.

Kolb is still young and has a bright future where McNabb and Bulger are on their way out. Kolb has shown that he is capable of being a starter in this league and if it weren't for Michael Vick emerging as the star of the Eagles, Kolb would still be the quarterback.

1. Arizona Will Win the NFC West 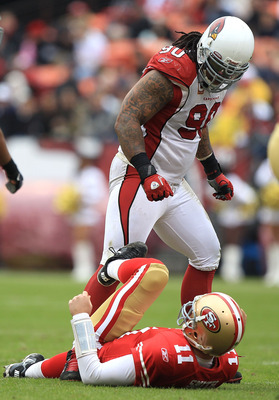 San Francisco has a brand new coach in Jim Harbough. Seattle has Pete Carrol and St. Louis has Steve Spagnuolo. All bright young coaches with a bright future, but Ken Whisenhunt has the playoffs experience and the experience of going to the Super Bowl.

Whisenhunt has brought Arizona into the limelight and he has experienced what it's like to be out of it. Now he has a chance to bring Arizona back to the playoffs and hopefully making another Super Bowl run.

Arizona is in need of a quarterback and in need of some defensive playmakers which they addressed in the draft this year, but they still need an offensive identity. If in fact they address that need once a CBA is established, Arizona could be looking at making some noise once again.