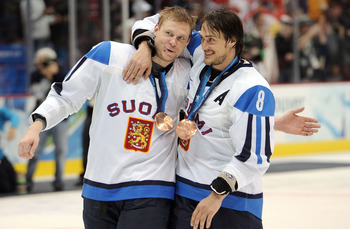 It may not have a huge population in the NHL, but the Scandanavian nation of Finland has produced some of the greatest talent ever to grace the ice.

Finnish players are characterized by more than just the excessive number of vowels in their names; their smooth style of passing, speed, excellent stick-handling and high hockey I.Q. have made them into some of the greatest scorers in the game's history.

Here is a list of 11 of the greatest players in history to come from Finland. 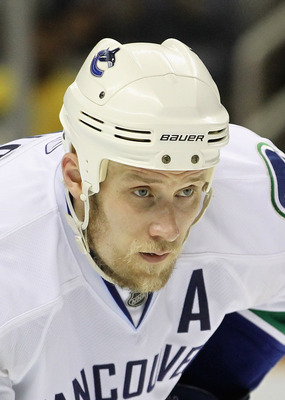 At the age of 36, Sami Salo is proving that he can still run with the boys, as he's played an integral part in bringing the Vancouver Canucks to this year's Stanley Cup Finals.

A veteran of two Olympic teams and one world championship appearance, he has a lot of experience in the national jersey as well as the NHL.

With a strong emphasis on two-way play, Salo can contribute extremely well both offensively (84 career goals) as well as defensively (plus-107 rating). 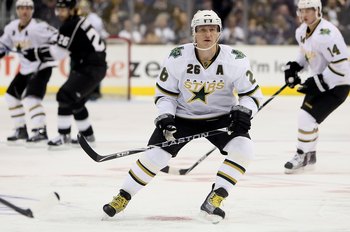 A longtime member of the Dallas Stars franchise, Jere Lehtinen was one of the most consistent players in the game.

In fact, until his final season, the native of Espoo, Finland never once finished with a negative plus-minus rating.

Though he retired just recently in December, 2010, he's done enough to place himself eighth all time amongst Finnish-born players in terms of scoring with a whopping 514 career NHL points, averaging 0.59 points per game. 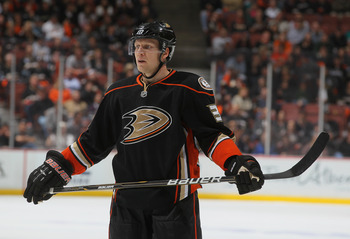 The native of Lahti, Finland absolutely amazed the entire NHL this season by finishing tied with a second-best plus-32 rating.

His partnership and chemistry with Lubomir Visnovsky gave the Anaheim Ducks one of the most deadly scoring defensive duos in the entire league and were a huge part of the Ducks' surge to a fourth-place finish.

It was these accolades that brought many people to believe that the 33-year-old was the best offseason acquisition from free agency by any team.

He's also been given the honor of representing his country in two different Olympic games, making him one of the elite defensemen ever to come from Finland. 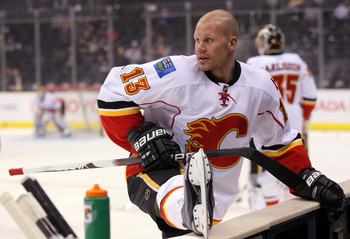 Jokinen is currently the seventh-leading scorer all time amongst Finnish-born players.

While he's tapered off in the past few years, he's shown flashes of brilliance while playing with the Florida Panthers, where he broke the 30-goal plateau three times in a four-year stretch.

While the Flames would love to see him to get back to the form that brought him to superstar status, he's still a consistent threat night after night and can still score when given the opportunity.

And as a veteran of nearly 1,000 games, Jokinen will no doubt go down as one of the most long-lasting and skilled players to ever come from Finland. 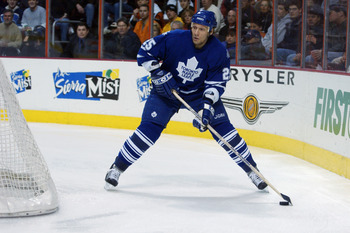 It's impressive enough to be one of the top 10 scorers in your nation's history in the NHL, but it's perhaps even more impressive to do so as a defenseman.

Jyrki Lumme has done just that, scoring 468 career points in 985 games, placing him ninth all time amongst Finnish-born players.

Aside from averaging 0.48 points per game (an extremely high number for a defenseman who never played in the post-lockout NHL), Lumme also finished his career with a plus-76 rating.

Though he played for five different teams, he's most remembered for his time in Vancouer and Phoenix, where he put up some of the most stellar scoring numbers in the league for defensemen. 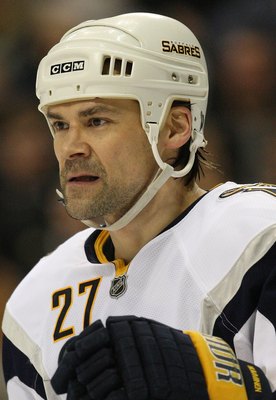 Perhaps the most underrated player ever to come from Finland, Teppo Numminen was about as dedicated to the sport of hockey as anybody to have ever played.

In a career that spanned 20 seasons, Numminen played a whopping 1,372 games and, perhaps even more impressive, scored 637 points, making him his country's highest-scoring defenseman in history and the fifth-highest-scoring player in all positions.

Perhaps another interesting item of note comes in the fact that he played eight seasons for the Winnipeg Jets and moved with the team when they relocated to Phoenix, where he spent some of the best years of his career. 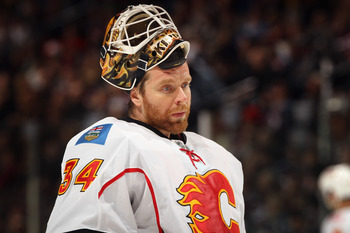 They say mimicry is the most sincere form of flattery, and if that's the case, then Miikka Kiprusoff must be honored by this kid.

But there's a very good reason for this, as the man they call Kipper in Calgary is possibly the greatest goaltender ever to come from Finland. That's saying something with goaltenders like Nicklas Backstrom and Kari Lehtonen currently playing.

Over the course of his career, Kiprusoff has frustrated opponents time and time again with acrobatic saves and solid positioning that make slipping a puck past him seem darn near impossible.

His talent has earned him a selection to one Olympic team, two world championship squads and one World Cup of Hockey squad to wear the white and blue of Suomi. 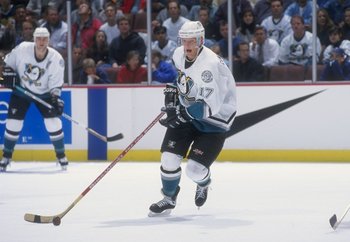 Tomas Sandstrom is an anomaly on this list because he was born in Finland but played internationally for Sweden, something that Finns most likely do not appreciate due to their rivalry.

However, his place of birth does place him fourth all time in scoring among Finnish-born players with a stellar career total of 856 points.

Hockey in Southern California owes a lot to Sandstrom, as he scored eight goals as a part of the Los Angeles Kings' 1993 run to the Stanley Cup Finals, where they fell just short. He was also a member of the Mighty Ducks of Anaheim from 1997 to his retirement in 1999. 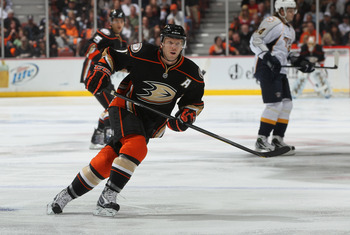 Saku Koivu has a long and storied NHL career that only gets more and more awe-inspiring with every season.

Koivu's story is perhaps one of the most spectacular in the NHL. In the 2001-02 season, he was diagnosed with non-Hodgkin's lymphoma, and it was doubtful he would ever play again.

Not only did Koivu prove that wrong, he came back in remarkable time, beating the cancer and coming back to an eight-minute standing ovation from the Montreal faithful on April 9, 2002.

Koivu also spent 10 years as the captain of the Montreal Canadiens, one of the most difficult positions to hold in the entire NHL, tying him with former greats like Jean Beliveau.

In a career that will likely see him break the 1,000-game plateau next season (assuming he stays healthy), Koivu has played 15 seasons in the NHL and has appeared on four Olympic teams, four world championship teams, and one World Cup of Hockey team.

Additionally, his 738 points make him the fourth-highest-scoring player in Finland's history. 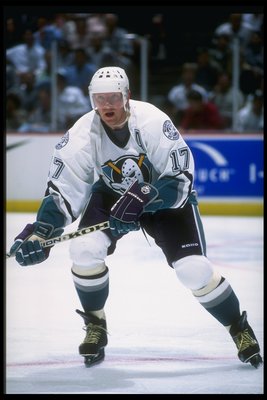 Jari Kurri is without question one of the best players not only in Finland's history, but in the entire history of the NHL.

In a career that spanned 17 seasons, Kurri won five Stanley Cups with the Edmonton Oilers, was selected to the NHL All-Star game seven times and was named to either the first or second NHL All-Star squads five times.

He is the all-time leader in scoring among Finnish-born players.

To top it all off he was the first Finn ever to be inducted into the Hockey Hall of Fame.

Kurri is most known, however, for being the linemate to none other than Wayne Gretzky. The duo absolutely tore the NHL apart in the days of the Edmonton Oilers dynasty and was later resurrected in Los Angeles with the Kings.

So with all of these incredible statistics, why is he not No. 1? Take a look at the next slide to see why... 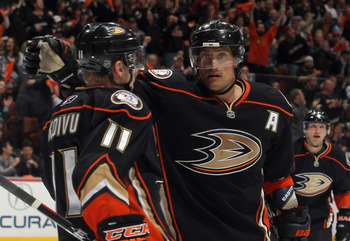 Anaheim Ducks TV announcer John Ahlers loves to describe Teemu Selanne quite accurately: "He's like fine wine; he only gets better with age."

The one that they call "The Finnish Flash" will turn 41 this offseason, and while he is currently mulling over the thought of retirement, it's hard to imagine why.

Just this past season alone, Selanne set a benchmark by becoming only the third player in NHL history to average more than a point per game played at the age of 40.

His 31 goals were tops in the league for anyone at his age, including 16 of them on the power play.

In the playoffs, he scored six goals in the Ducks' six-game series loss to the Nashville Predators.

It might be hard to believe, but this past season was just a notch on what has been a phenomenal career.

Selanne holds a record that many people believe will never be broken again when he scored a mind-blowing 76 goals in his rookie season with the Winnipeg Jets.

While he is second all time in Finnish-born scoring, he trails Jari Kurri by only 58 points. Should he play next season, that record could very likely fall (with 80 points last season, it's hard to think he wouldn't break that record).

All of this, in my mind, makes Teemu Selanne the best Finnish-born player in history.

If you liked this article, follow me on Twitter for news, updates, analysis and links to new stories as I publish!