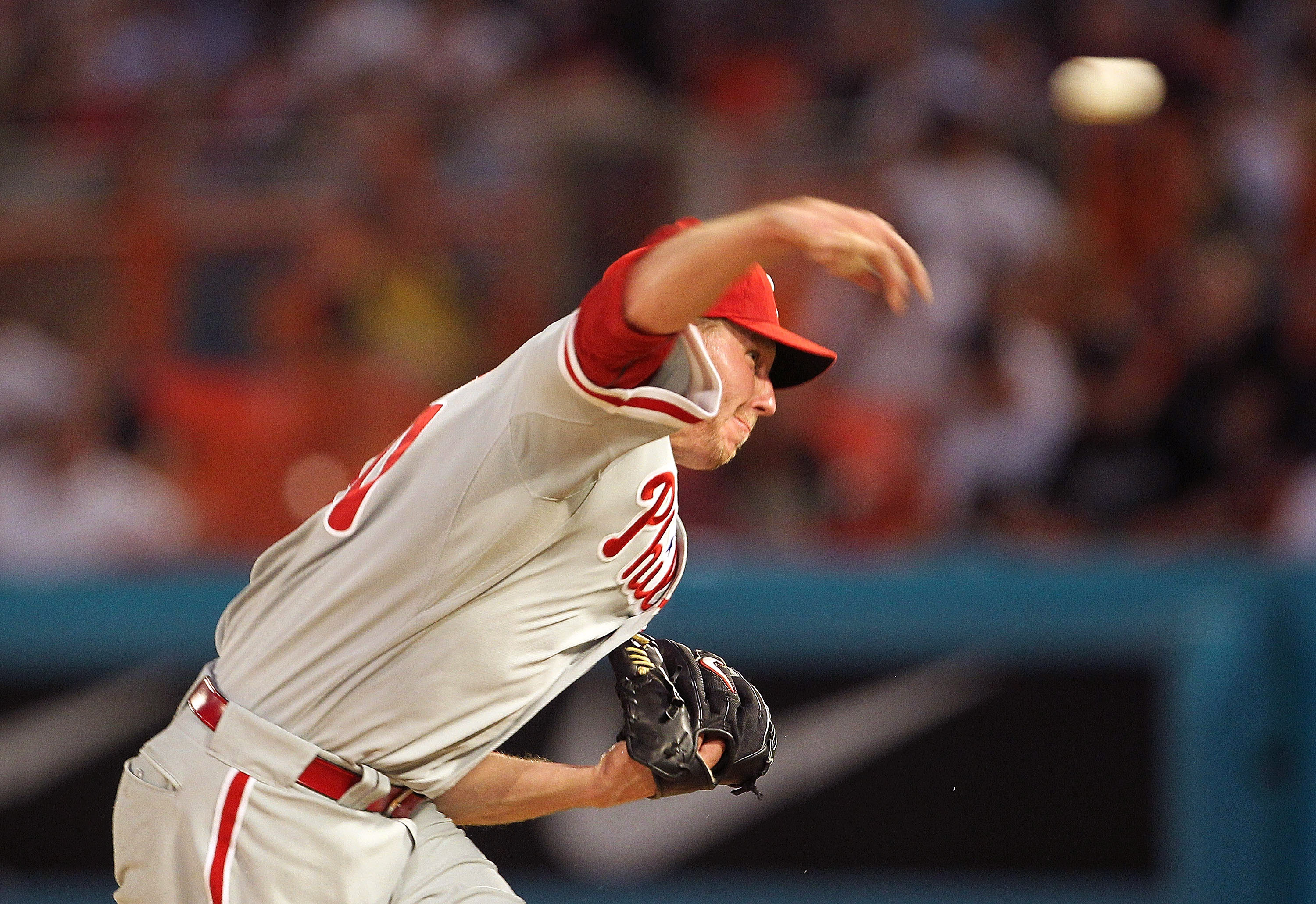 It's no secret that a solid rotation is key for success. An offense, no matter how formidable, can be silenced by effective pitching, keeping the team in the game.

Closing in on two months into the 2011 MLB season, a distinct group of starting pitching staffs has risen to the forefront as being capable of taking their teams to the playoffs.

To be a truly fearsome rotation, a team needs five established starters who can all deliver quality outings reliably. Looking back at the 2010 season, we saw the San Francisco Giants (who made this list with almost the same rotation) ride their starters all the way to their World Series title.

Without further ado, let's look at the top seven starting pitching staffs in baseball a third of the way through the season. 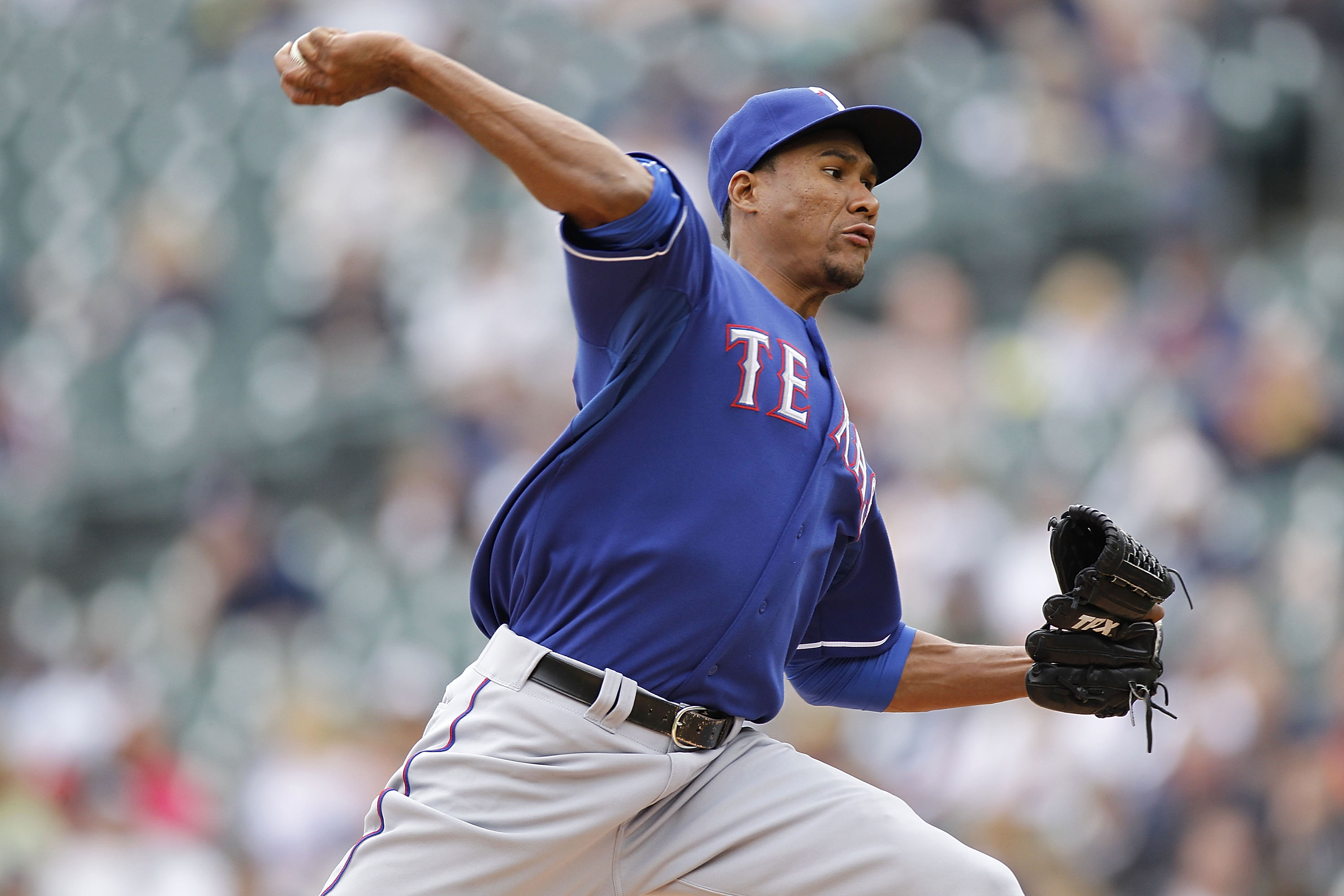 The Texas Rangers nearly missed the list because of Derek Holland, who has been somewhat inconsistent at the end of the rotation for Texas thus far.

But in a rotation that doesn't boast any superstars, Alexi Ogando has adjusted brilliantly from the bullpen to his current role as the de-facto ace for the Texas Rangers, sporting a ridiculous 1.81 ERA.

Colby Lewis and C.J Wilson have been downright solid, going at least six innings in most of their outings. Matt Harrison has been better than his stats would suggest, suffering a few rocky outings that inflated his ERA.

But when you consider a dependable rotation that can grind out the tough innings under the muggy Texas sun, Rangers starters have been able to keep the slugging offense in the game and in first place in the AL West. 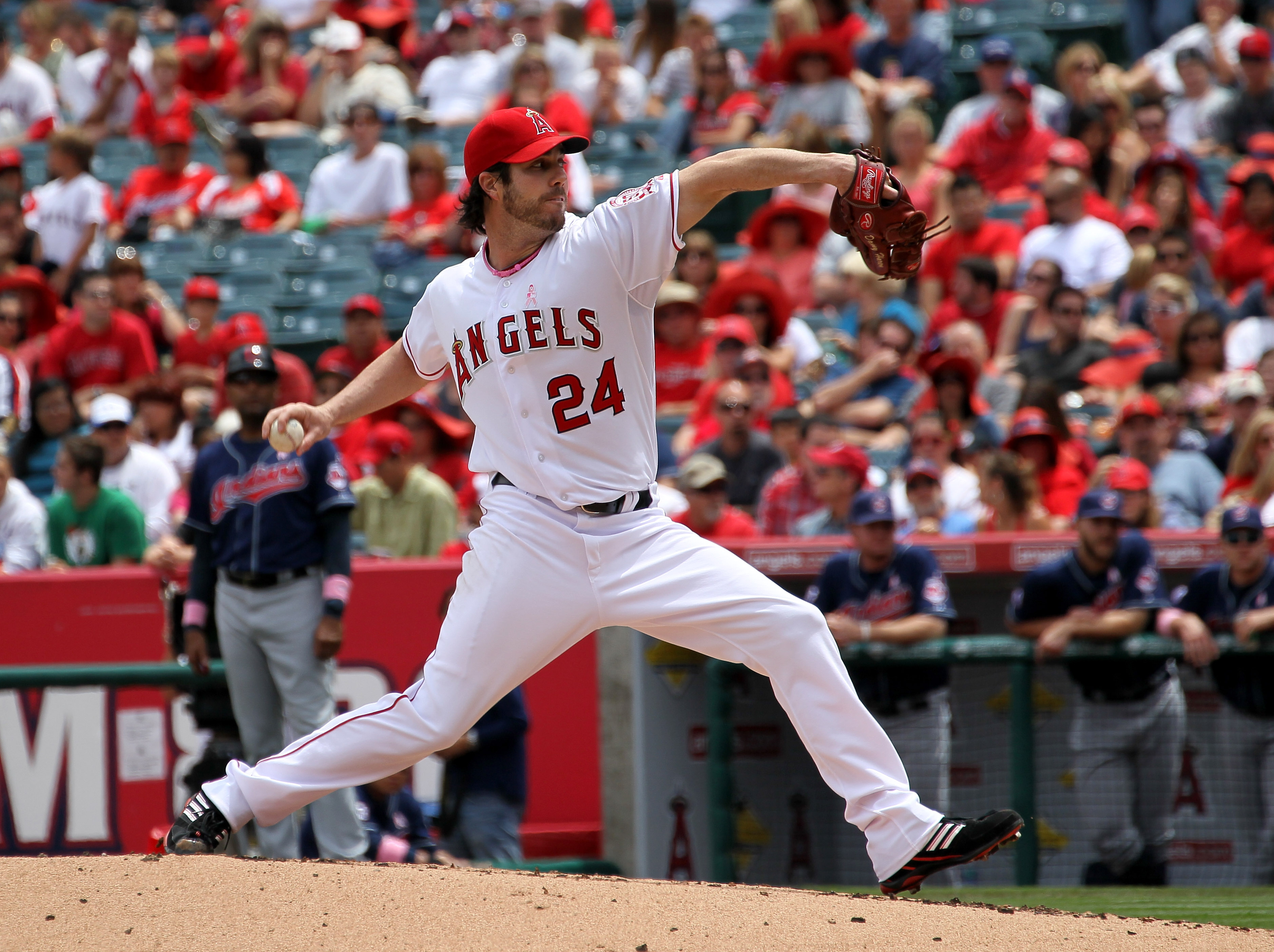 We stay in the AL West with the second place team, the LA Angels. But in contrast from the Rangers, the Angels boast a formidable 1-2 punch with studs Dan Haren and Jered Weaver, both of whom will be vying for spots on the AL's All-Star team.

Joel Pineiro was out for nearly all of April with a banged up shoulder, but since then has re-taken his spot as the No. 3 in the rotation. After a couple of rough outings, Pineiro's ERA has come back down to earth, but nevertheless he is about as good as a No.3 gets.

Ervin Santana isn't as good as his stats would suggest, after posting a four-hit shutout against Atlanta a couple starts ago. But as the season wears on, 21-year-old Tyler Chatwood will rapidly improve and may prove crucial to the Angels' playoff run this year. 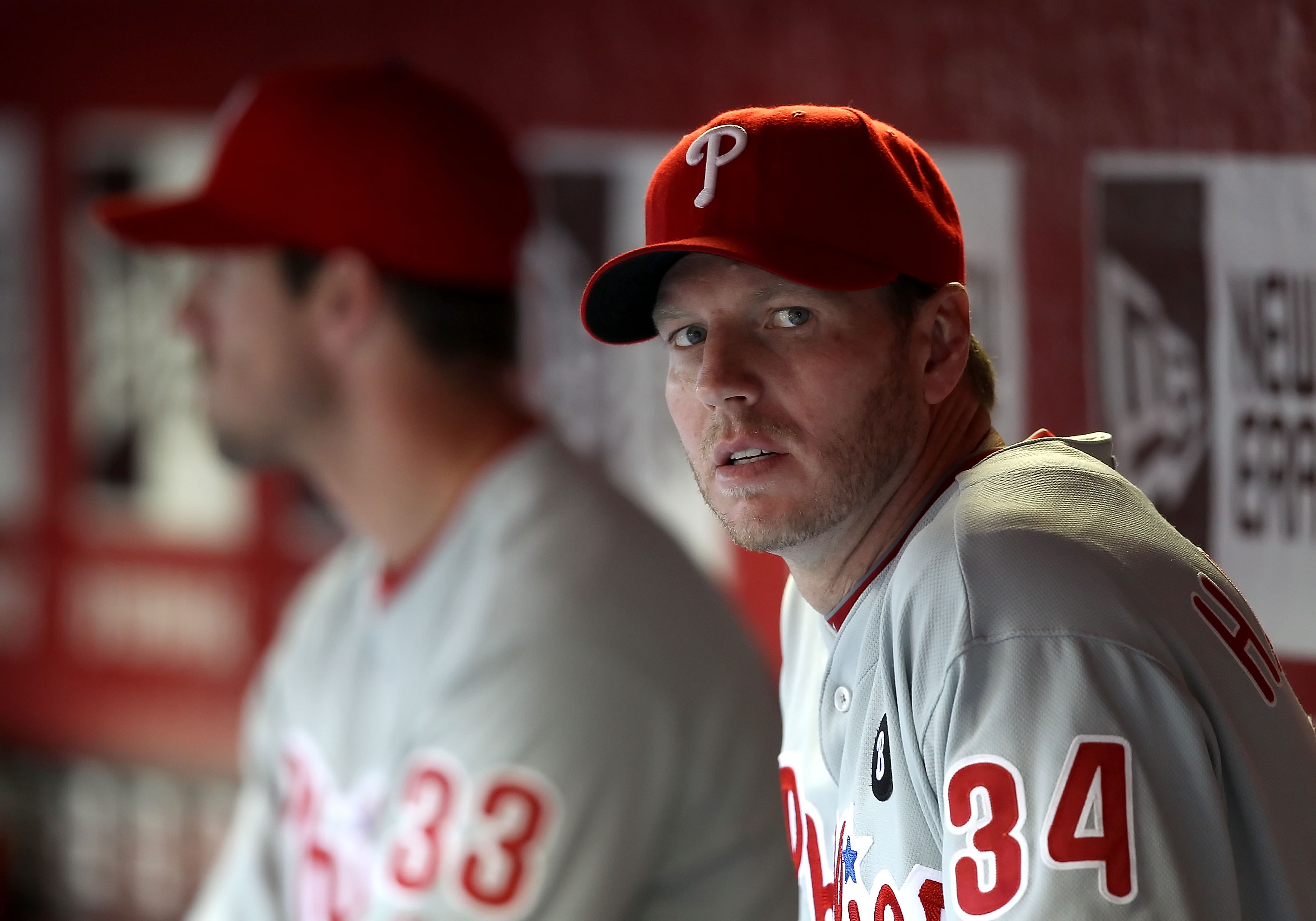 Talk about a star-studded rotation. As one of the highest paid starting pitching staffs in the Majors, you'd expect the Phillies to be ranked up at No.1.

And with the cluster of talent in Lee, Halladay, Oswalt, and Hamels, you'd expect the Phillies to be ranked at No. 1. But as we enter the top five, every single team beyond this point has no back-of-the-rotation issues.

For Philadelphia, Joe Blanton has been the odd man out in the rotation so far this season, posting numbers far from satisfactory. In fact, before going on the DL, his 5.50 ERA was his high-water mark on the season.

Fortunately, the Phillies found success in youngster Vance Worley, who has pitched well in his three starts. If Worley continues to show his potential, he may be stiff competition for Blanton after he returns from the DL.

But beyond that, there's nothing negative to say about this rotation. Once they reach the playoffs (as they likely will), the experience of this pitching staff will shine and make the Phillies once again a favorite to win the World Series.

But until then, they're an exceptionally fearsome rotation that can only get better. 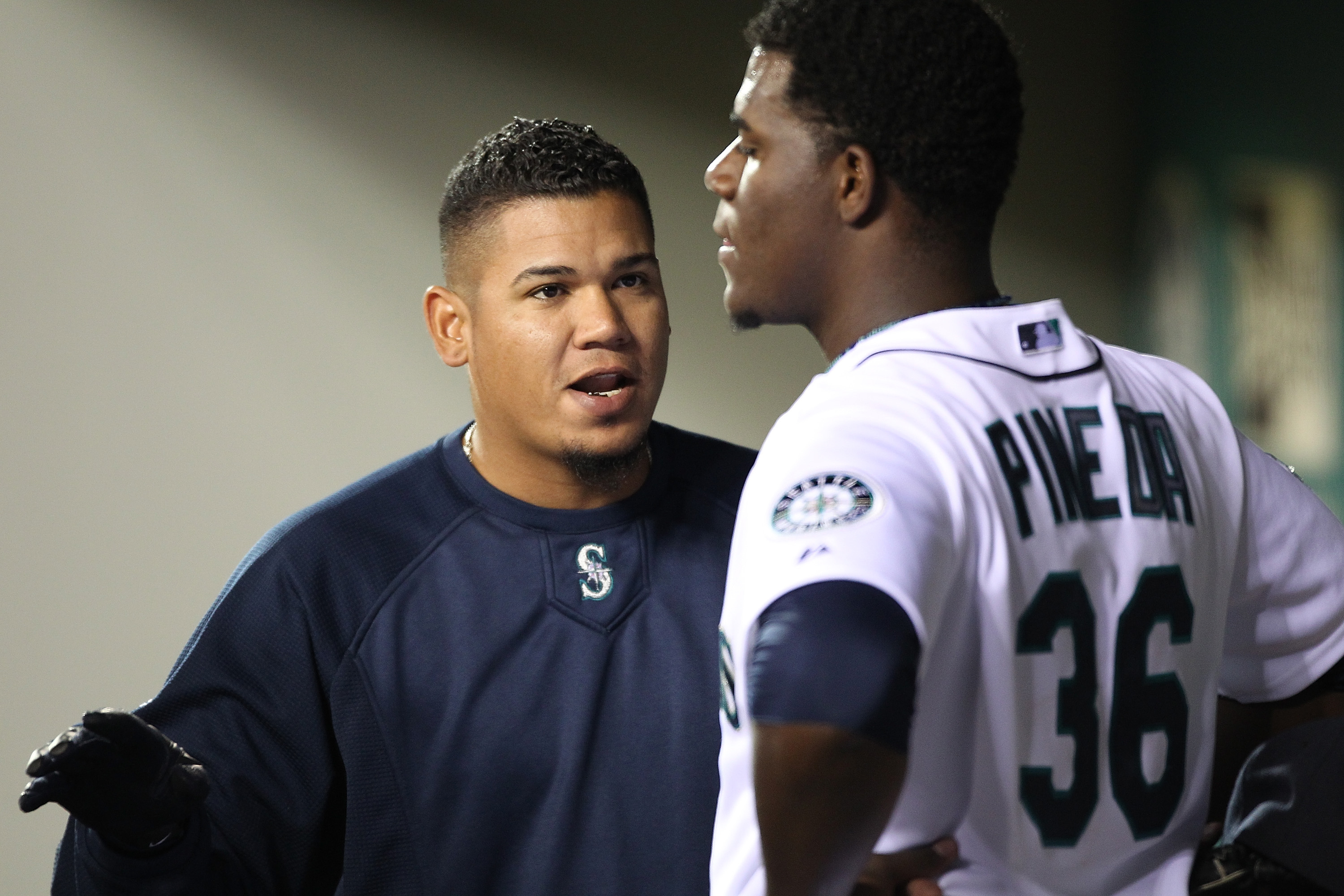 We go right on back to the AL West, this time to the third-place team (notice the ironic pattern?). The growth of this rotation has been truly remarkable; coming into the season, only King Felix was really a lock for the rotation.

Fister and Vargas had been adequate, but inconsistent. Pineda was still in the minors, and Bedard was no lock to even pitch again.

But since then, the M's rotation has completely morphed into one that routinely shuts down opposing offenses. If this rotation were on nearly any other team, that team would be an instant playoff contender. It is the putrid offense that is the bane of the Mariners' post-season chances.

In fact, through nine straight games, the rotation went at least seven innings while giving up no more than two runs. When you talk about consistency across the board, the M's rotation is one of the best in the Majors.

The tandem of King Felix and "Prince" Pineda should dominate for years to come, but more than likely, the back of the rotation will be dealt off by the trading deadline as the team looks to build for the future. 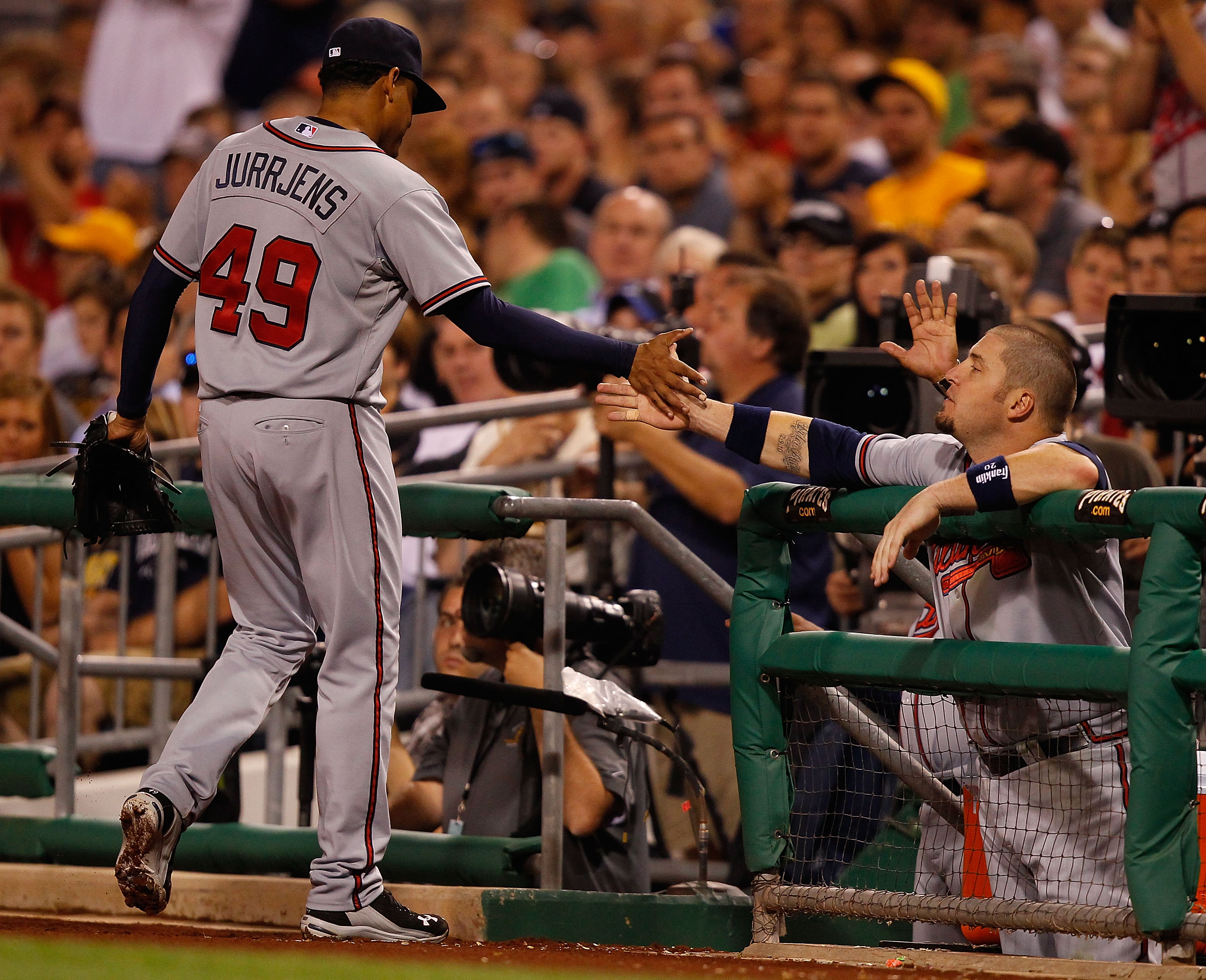 Jair Jurrjens has been one of the biggest surprises so far in 2011.Jared Wickerham/Getty Images

Quickly becoming one of the best pitchers in all of baseball, Jair Jurrjens is by far the ace of the staff. As a control pitcher who consistently hits the strike zone, Jurrjens provides great reliability at the head of the rotation.

Somewhat overshadowed by Jurrjens' monster season has been Tommy Hanson, who leads the team with 65 strikeouts.

After that, the rotation faces some weaknesses, comparatively speaking with the next two teams, of course. Derek Lowe and Tim Hudson have had their share of some rough outings, but more importantly Beachy will be out for up to a month with an oblique strain.

Taking over is Mike Minor, who has one great outing and one poor outing in his first two starts. 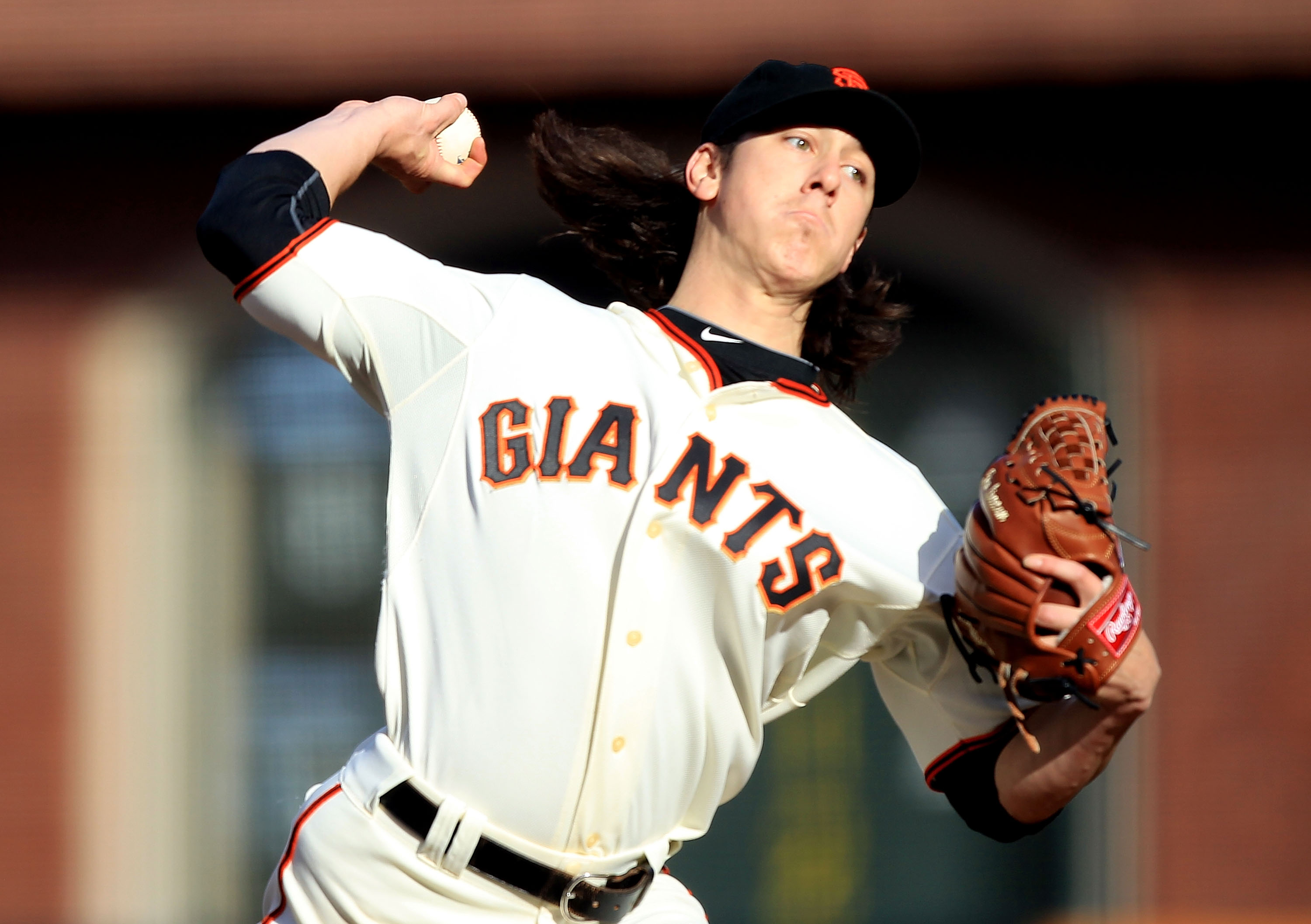 The Giants can thank their lights-out pitching staff (and not their anemic offense) for their first-place position in the NL West. This was essentially the same rotation until Barry Zito injured his foot.

And to be honest, the Giants wouldn't mind if Zito took his sweet time recovering from it, because through six starts, newly acquired veteran Ryan Vogelsong has been absolutely sensational, more than stating his case for a permanent spot in the rotation.

And although the win-loss ratios don't look pretty (thanks again to the anemic offense), this is a flat-out good rotation. There was a reason why these pitchers took the Giants to their World Series title. 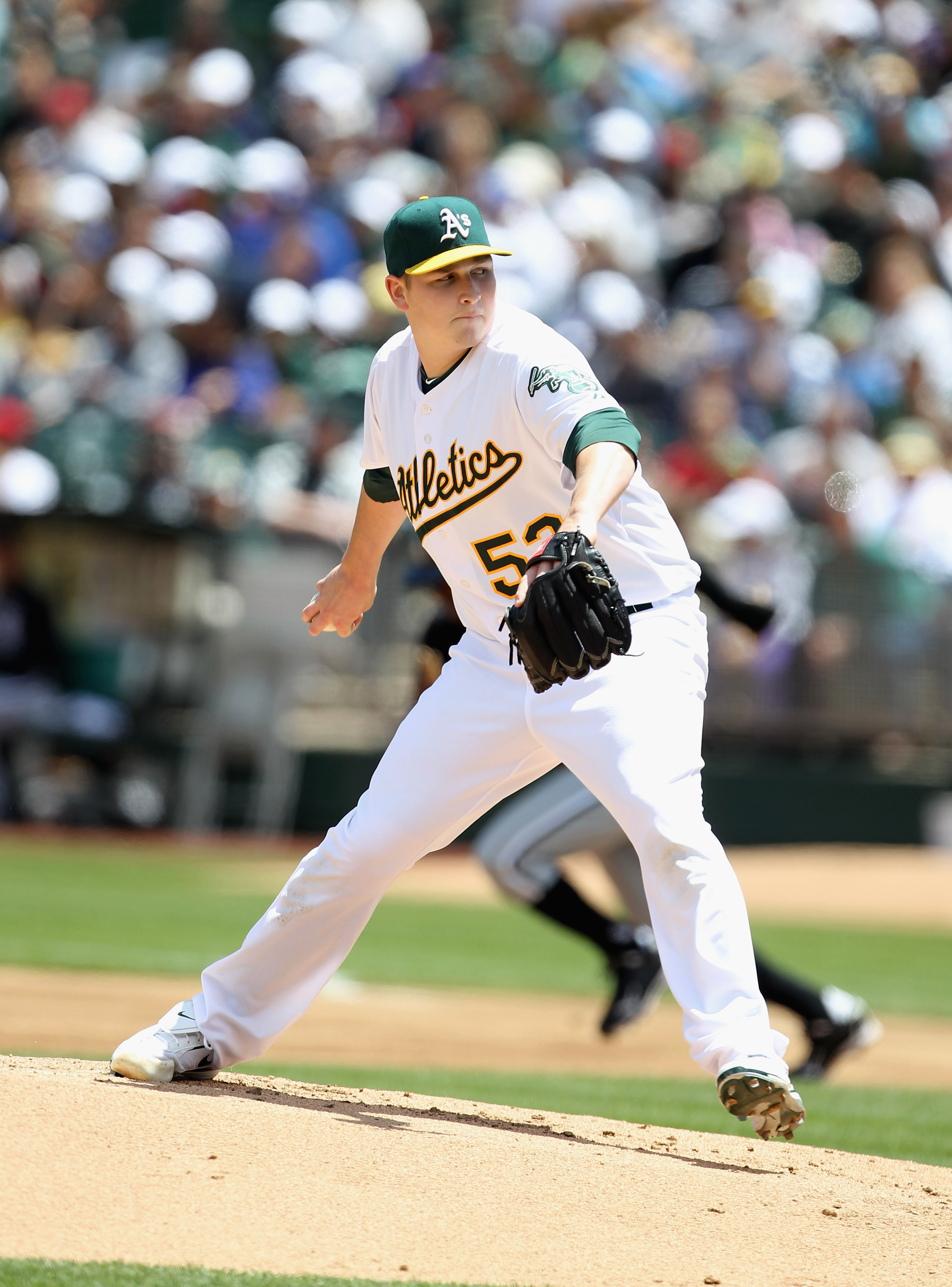 Of course, continuing the pattern, our No. 1 rotation is in last place in the AL West.

They're the best pitching staff you've never heard of.

Forget the fact that a few of these pitchers are on the DL. You'd be hard-pressed to find a rotation with more consistently good pitchers in recent memory.

In all of their starts combined, A's starters have posted a collective 2.56 ERA, good for first in baseball; the Mariners are second by nearly 0.6 runs, with a 3.14 combined ERA.

When you've got a concentration of this many starting pitchers, all on the same page at the same time, it's a shame that your team is last in the division.

But with one of the youngest rotations in baseball, if the A's can hold onto these pitchers, some day their team might be as good as their counterparts across the Bay.