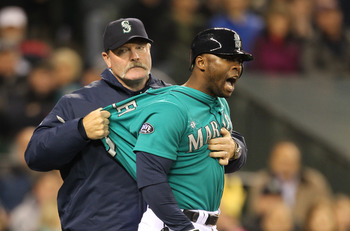 You may be wondering why Seattle Mariners manager Eric Wedge is looking so, well, bored in that picture.

Wedge is in such an uncaring mood because, at that point, he was dealing with an upset Milton Bradley—an occurrence that has become about as common as this guy eating a Big Mac (twice a day for those of you not willing to click the link).

Surprisingly, no team was willing to trade for his salary, tirades and .218 batting average.

He was officially dropped into free agency yesterday, and in honor of that special day, I've compiled some of Milton's best (read: worst) moments of his career.

This is probably one of the least exciting moments of Milton's career, but I decided to start out with it because it shows what type of guy he is. The good stuff starts about 50 seconds in.

"Are you feeling love from the fans?" asked one reporter.

"I feel love from me because I love me," Milton classically replied.

The rest are in chronological order. Enjoy. 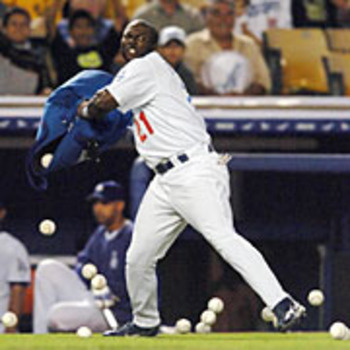 During a game in June of 2004, Bradley stepped up the plate, had some words with the home plate umpire and then was ejected. Typical Friday, right?

Bradley calmly walked back to the dugout and then lost it, throwing a bag full of about six dozen baseballs onto the field and then tossing a few into the left field stands for the fans to enjoy. 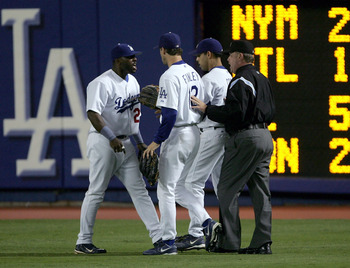 In September of 2004, Bradley let his emotions and the fans in right field get the best of him. After losing a ball in the lights (sure he did) and making an error that eventually cost the Dodgers the game, a fan threw a plastic bottle right at Milton, according to the story.

He responded in the smartest way possible: by going over to the seats and slamming the bottle right back at them.

Bradley had to be restrained by multiple people, including umpire Jim Joyce, who also ejected him. He was suspended for the rest of the regular season and ordered to go through anger management counseling.

This was in 2004, so the counseling clearly worked. 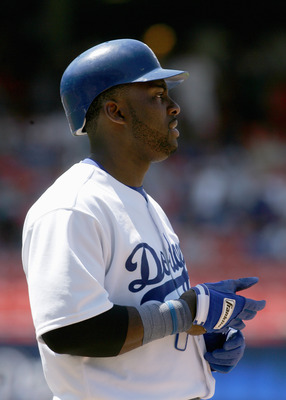 In August of 2005 Milton Bradley and second baseman Jeff Kent apparently had quite the squall back in the clubhouse. A week later, when things seemed to be cooling down, Bradley accused Kent of being a racist.

Whether Bradley or Kent was to blame in this situation was really anyone's guess—Kent was also sometimes known as a hothead himself—but as controversial moments go, this one easily makes the list.

The year was 2007. The San Diego Padres were right in the heart of the playoff race, and their offense was firing on all cylinders.

With about a week left to go in that season, Bradley went on a classic tirade and tore his ACL while being restrained from the first-base umpire.

The Padres finished the season 4-4 without Bradley and failed to make the playoffs. This was probably the most ridiculous and most meaningful outburst in "Bradley history." 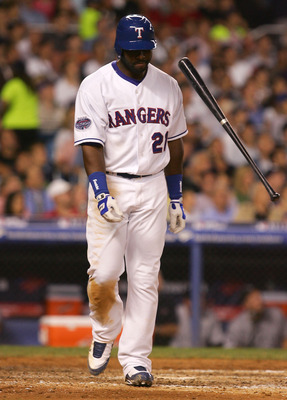 Bradley apparently couldn't handle the Texas heat, because in June of 2008 he went a little psycho. On second thought, he probably could handle the heat, because technically this was normal behavior for him.

During a game between the Rangers and Royals, Kansas City television announcer Ryan Lefebvre made some not-so-nice comments about Bradley.

Apparently, Bradley heard those comments in the clubhouse after the game and made an attempt to get to Lefebvre. After getting up four flights of stairs, he was finally held back by manager Ron Washington and others.

Upon returning to the clubhouse, Bradley "broke down in tears," either because he didn't get to Lefebvre or because he was hurt by his comments. 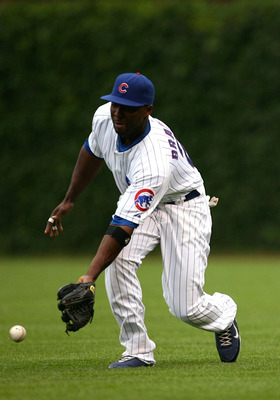 In June of 2009, after Bradley had apparently been up to more shenanigans in the field, manager Lou Piniella laid into him.

The result was a confrontation that was apparently the worst Alfonso Soriano had ever witnessed. Now that's bad, but what can you expect when a hotheaded player runs into a hotheaded manager? It's really astounding those two made it as long as they did.

There were a few different reports on the fight, but according to this one, Lou called Bradley "a piece of [expletive]," and Bradley responded by saying that the last time someone called him that, he tore his ACL.

If that isn't unintentional humor at its finest, I don't know what is.

Now, I might be wrong, but I think Bradley has done this on multiple occasions. This is the video I found, however.

OK, I found this one too. 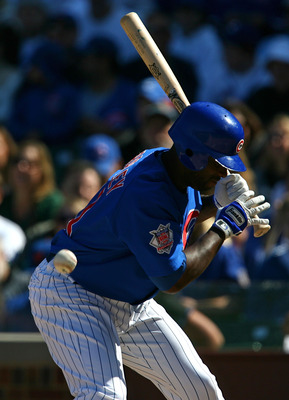 And you thought Jay Cutler gave up on Chicago.

After the Cubs traded Bradley to the Mariners for Carlos Silva in perhaps the most irrelevant trade ever, Bradley supposedly abandoned his property in Chicago.

According to the report, Bradley still owed over $44,000 in rent, fees and interest.

You'd think he would have figured out how to pay rent, what with living in eight different cities in 10 years and all. 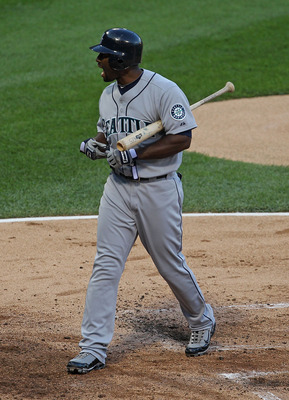 I'm sure it happened more than once in his career, but this one was caught on national TV.

In his return to Texas as a Seattle Mariner, Milton apparently didn't enjoy the heckling and gave the fans the finger.

Not much else to say here. Here's the picture if you actually need proof, or if you've never seen someone give the finger before. 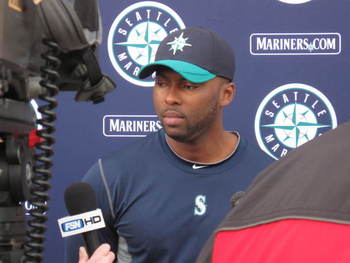 Before this year's season, Bradley was arrested for allegedly making serious threats against a woman. 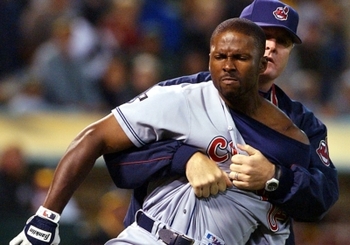 Here are some other notable incidents:

Last year he was placed on the restricted list by the Mariners after receiving counseling for having "unpleasant thoughts." He returned saying, "I don't have all the answers; I'm not saying I'm cured."

Mariners fans can rest assured that—besides the millions of dollars they owe him—Milton Bradley is not their problem anymore.