K.J. Choi and the 10 Highlights of the PLAYERS Championship at TPC Sawgrass 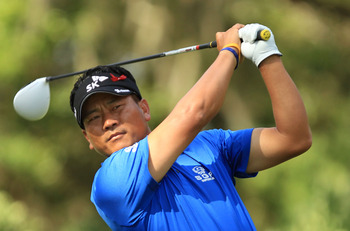 The 17th hole at TPC Sawgrass is one of the most recognizable in all of golf. The island green and stadium setting at the home of the PGA Tour creates an atmosphere unlike any other. And in the presentation of the 2011 PLAYERS Championship, it offered a stage befitting of the spotlight.

During Sunday's final round, K.J. Choi birdied No. 17 to temporarily take a one-shot lead, then defeated David Toms on the first playoff hole at the 17th to win THE PLAYERS, completing a four-day total of 13-under-par en route to the victory.

Here are 10 highlights from a memorable 2011 PLAYERS Championship. 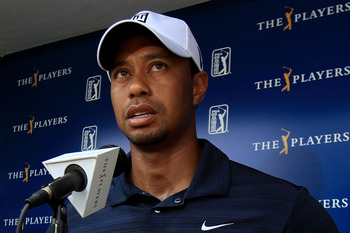 The ongoing saga of Tiger Woods, his injuries, his swing changes and his quest to return to the form that made him one of the best golfers of all time continued at THE PLAYERS.

Woods limped to an opening round front-nine score of 42 Thursday, then limped off the golf course, withdrawing from the tournament and leaving more questions than answers about his immediate future. 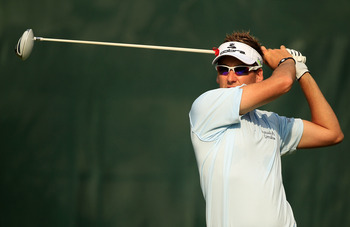 As the sun began to set on a weather-shortened third round Saturday evening, Ian Poulter went so far as to sprint through most of the final two holes in order to save himself, and playing partner Dustin Johnson, the headache of waking up very early to complete their one or two remaining third-round holes Sunday morning.

On the surface, it made sense. I'm all for getting some extra sleep, too. But this was a bit unusual—like Poulter.

After running to the green at the iconic No. 17 to putt, Poulter darted to the 18th tee as the group in front, who was within ear shot, was exiting the tee box.

I thought he should've asked permission first, but apparently he didn't need it.

After receiving enough grief for his somewhat outlandish behavior, Poulter responded on Twitter:

"People need to get a life. Phil said to us on the 16th tee if it's close just come on 18th tee & you can tee off. It's not disrepectful." 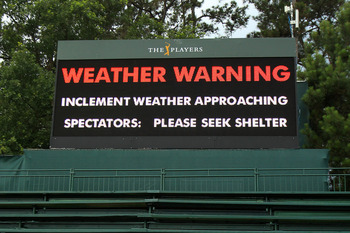 The tournament's final day turned into a marathon event as most of the golfers had to finish their third round beginning at 7:45 a.m. Sunday due to the previous day's nearly five-hour weather delay. That meant a 12-hour Sunday at TPC Sawgrass. 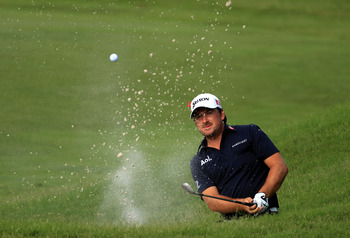 Graeme McDowell was supposed to have found his swing and refocused himself heading into THE PLAYERS. And after three rounds, it appeared he had. He was leading the tournament when the final round began Sunday.

But his game collapsed midway through the front nine. He wound up shooting a final round 79 and finished tied for 33rd place.

As he prepares to defend his title at the U.S. Open next month, it appears McDowell has a lot of work to do to get himself ready. 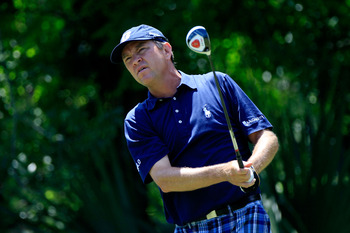 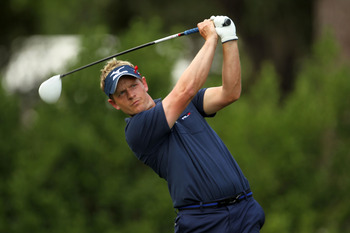 Luke Donald continued in his pursuit of the top spot in the Official World Golf Ranking at THE PLAYERS.

He completed a four-day total of 278, good for a T4 and his seventh consecutive top 10 finish.

If Donald continues in this fashion, it won't be long before he claims the title of world's best golfer. Until then, he'll have to settle for second best—and the role as the PGA Tour's most consistent player. 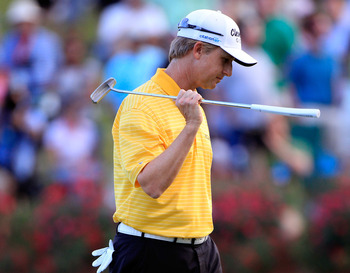 David Toms held the lead for much of the final round at THE PLAYERS Sunday—until he lost it with a bogey at No. 16 and a par at the island 17th.

Toms temporarily redeemed himself by making an all-world birdie at No. 18 with a huge drive, incredible six-iron second shot out of a sand filled divot and clutch 18-foot putt. But sadly, he'll be remembered more for his missed three-foot putt on the first playoff hole. 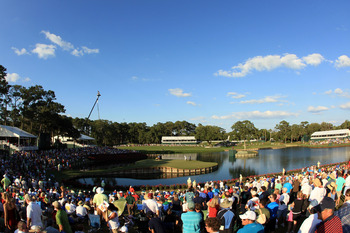 The famed par-three No. 17 at TPC Sawgrass has claimed its fair share of victims over the years.

This past week, there were 39 balls added to the water surrounding the island green. It was the fifth-highest total in the past nine years and it brought the count during that time span to 439 watery graves.

Despite the hype, No. 17 was only the seventh hardest hole to navigate this past week. There were 88 birdies, 277 pars, 43 bogeys, 16 double bogeys and 10 triple bogeys or worse. 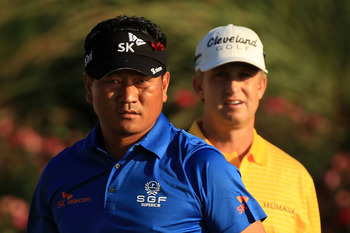 There has been so much talk about the new breed of talent on the PGA Tour over the past year. Players in their 20s have become not only commonplace contenders but winners.

But check out the top three finishing scores from THE PLAYERS Sunday—K.J. Choi, David Toms and Paul Goydo. What do these three men have in common? They are all over 40 years old. And not that far back, 40 somethings Steve Stricker and Davis Love III were T12. 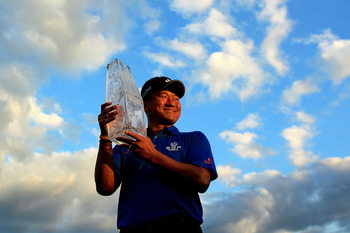 After three years without a PGA Tour victory, a steely eyed K.J. Choi was the last man standing—with THE PLAYERS crystal trophy.

Choi saved his best for when it mattered the most. There were several missed birdie opportunities that would've separated him from the rest of the field Sunday, but he played Nos. 16, 17 and 18 in a combined four-under-par for the week.

When you consider how difficult that stretch of terrain is at TPC Sawgrass, it was a victory well-earned.