20 Celebrities Likely to Be Spotted at the 2011 French Open 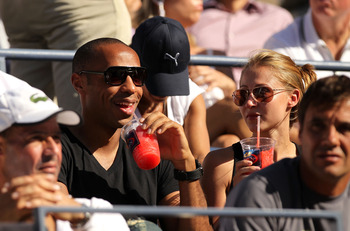 Some of the biggest names in sports, entertainment and beyond will descend on Paris for two weeks beginning on May 29 as the French Open commences at Roland Garros. Even without the Williams sisters, plenty of star power should be on to see if Tennis' biggest stars will continue to dominate, or if another Francesca Schiavone or Samantha Stosur can emerge from the field to make an amazing run to the championship. 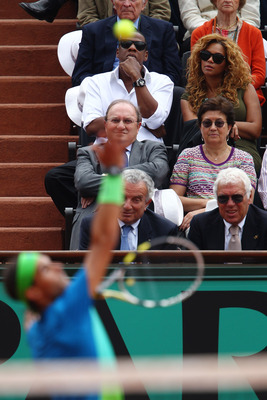 Jay-Z and Beyonce seem to be globetrotting tennis fans. They have been spotted at both the U.S. and French Opens.

Jennifer Aniston Enjoying the Sun and Some Tennis 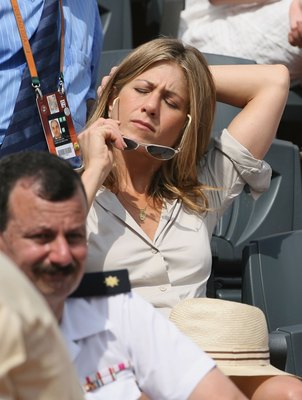 Jennifer Aniston seems to be enjoying the sun more than focusing on the play on the court. 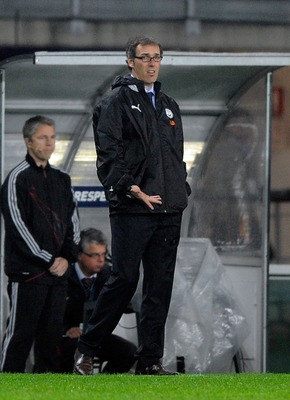 The French National team coach and first player to ever score a golden goal in the World Cup loves to watch his fellow countrymen compete at Roland Garros. 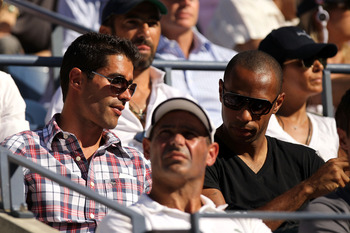 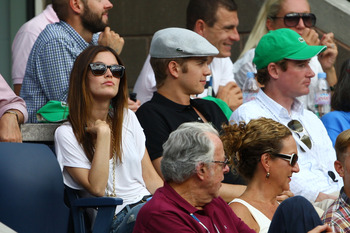 Rachel Bilson and Hayden Christensen were spotted in Paris in 2009 at the French Open. Will the on-again off-again couple make their way to Paris this year? 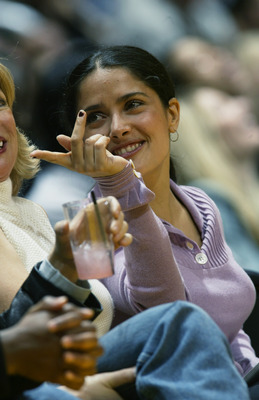 Salma Hayek seems to be a big sports fan. She has been spotted at Lakers and Knicks games in the States. Last year, she attended the French Open with her billionaire husband François-Henri Pinault. 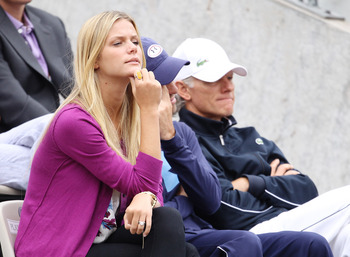 In the tennis world, Brooklyn Decker is best known as the wife of Andy Roddick.  She has made a name for herself as a Sports Illustrated swimsuit model. 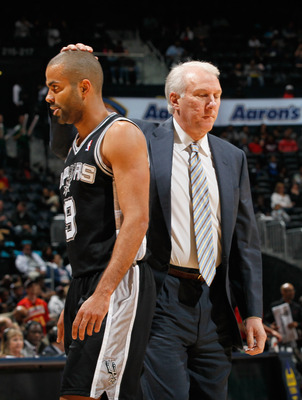 San Antonio Spurs star Tony Parker has been spotted at the French Open the last few years with ex-wife Eva Longoria. Will the native Frenchman return home to watch the action this season with a new woman by his side? 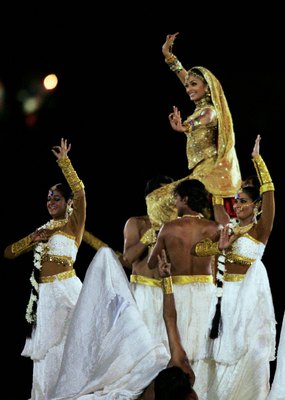 Aishwarya Rai has often been referred to as the world's most beautiful woman. She is one of Bollywood's biggest stars, and was once the subject of a 60 Minutes piece. She was spotted at the 2010 Women's Final between Samantha Stosur and Francesca Schiavone. 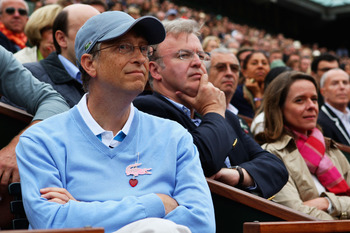 Bill Gates hasn't invested in a professional sports team like colleague Paul Allen, but he has taken time out of a busy schedule to enjoy world class tennis at Roland Garros. 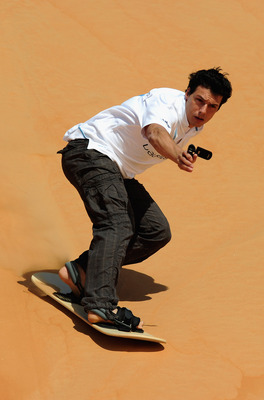 X-Games incline skating sensation Taig Khris took in the 2010 French Open in his native land. Khris is best known for breaking the world record for the highest roller skate jump. He dropped 131 feet from the first story of the Eiffel Tower onto a vert ramp in 2010. 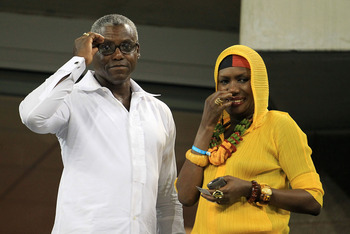 '80s pop star and actress Grace Jones seems to have morphed into a globetrotting tennis fan. She was spotted watching the U.S. Open at Flushing Meadow with Carl Lewis and also attended the French at Roland Garros last spring. 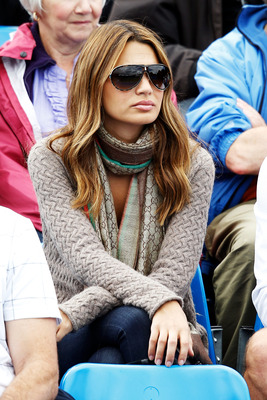 Andy Roddick isn't the only ATP player with a hot and successful wife. Gardner is an attorney and model. She was once a briefcase girl on Deal or No Deal. 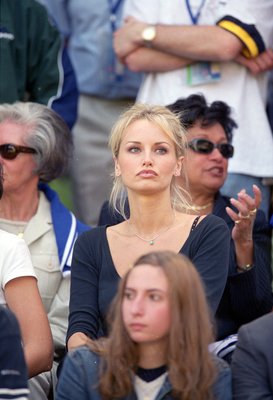 Karembeu is a Slovak model that was married to French Soccer star Christian Karembeu before splitting this year. 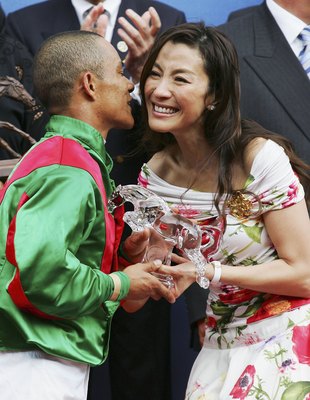 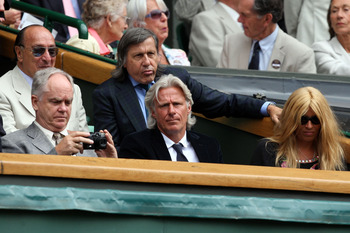 Tennis' original nasty boy took in the action at Roland Garros in 2010. 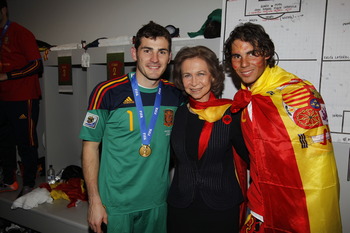 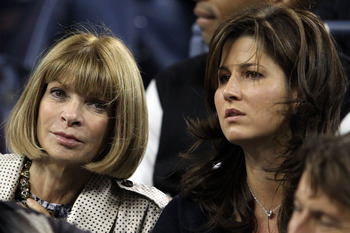 Anna Wintour has been considered a good luck charm for Roger Federer. She has been spotted in both Paris and New York with Federer's wife Mirka cheering him on.