Danica Patrick: 10 Most Telling Statistics of Her Motorsports Career 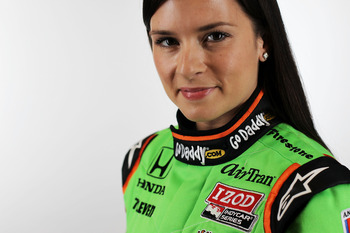 Danica Patrick has certainly opened many eyes for younger woman to break into the auto raing world.Nick Laham/Getty Images

For the past decade, Wisconsin-born Danica Patrick has competed on both sides of the pond, most notably in Indy Cars in the states and most recently the NASCAR Nationwide series.

During that time, she has created and broken long-time records for woman's success in auto racing.

The following slides indicate some of her most notable achievements in racing....kinda.

Danica in Formula Ford in 2000 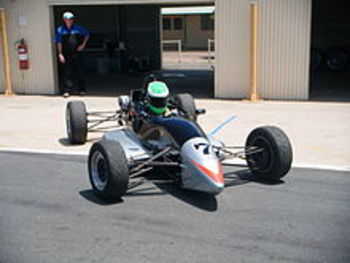 Patrick drove a Formula Ford similar to this car in 2000 at Brands Hatch, England.

Part of Danica Patrick's early success in open wheel racing came from competing in the 2000 Formula Ford Festival in England at the Brands Hatch race course.

She finished second, the highest finish for any female racer. 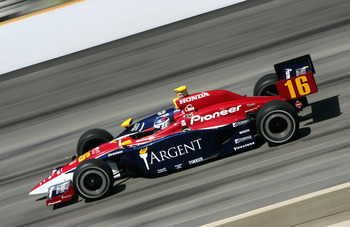 Danica started and finished fourth in her very first Indy 500 appearance on May 29, 2008.

The finish was the highest ever for a woman, besting Janet Guthrie's effort in 1978 where she finished ninth.

The Indiana appearance also marked the first time a woman led the race, this moment coming around the 125-mile mark.

Adding to the event accolades for Patrick was being named rookie of the race.

She also became the fourth woman ever to compete in the Memorial Day event. 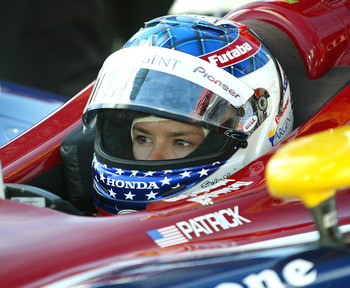 Doing so put her right behind Sarah Fisher who took the first for a woman.

Patrick later went on to claim three poles during the season, tying the record for a rookie with Tomas Sheckter. 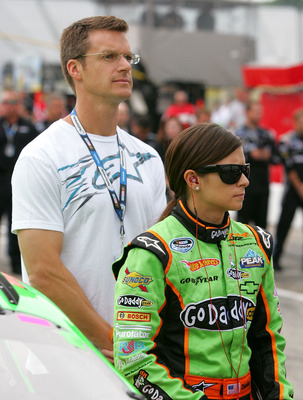 Paul Edward Hospenthal: Abt. 1966. A native of Tacoma, Washington, Paul is 16 years older than Danica.


How Danica and Paul Met:

Danica and Paul met in 2002 when Danica was referred to Paul when she hurt her hip during a yoga session.

They were engaged on Thanksgiving Day, November 24, 2004.

Danica on the engagement ring, "I do think it's like four and a quarter-ish. I didn't want to know how much it was. I told him, 'Just insure it, honey.'"
Source: DallasNews.com

Paul and Danica were married on November 19, 2005 in Scottsdale, Arizona. The wedding details were finalized in January, 2005 so Danica could concentrate on the racing season. Her team boss Bobby Rahal was one of the guests at their very private wedding. 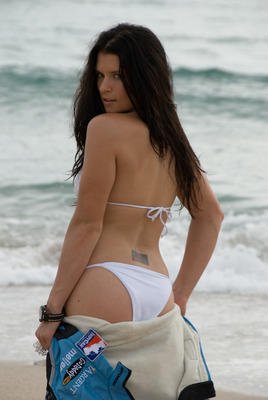 Not many race car drivers can pull off a picture like this. (Photo by SI)

Not many drivers get to pose for the swimsuit edition of Sports Illustrated. Danica has several times starting with the 2008 edition.

I don't know of many drivers with tramp stamps either, but she pulls it off just fine.

What does this have to do with racing? I'm sure it meant more sponsor dollars somewhere. 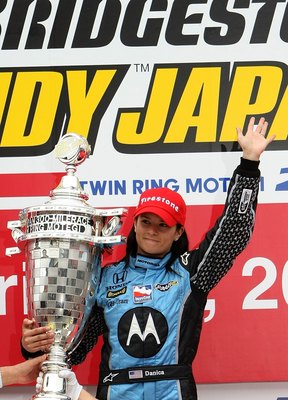 Perhaps her biggest racing moment to date was winning the Indy Car race in Japan at the Twin Ring Motegi race course where she eclipsed several other drivers running out of gas on the final laps.

This event would mark the very first time a woman won an Indy Car race. 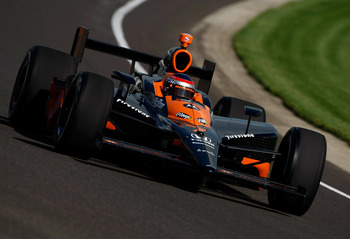 Danica Patrick competes in the 2009 Indy 500 where she finished third.Jonathan Ferrey/Getty Images

Danica Patrick wound up finishing third during the 2009 Indy 500, the highest finish for a female driver behind winner Helio Castroneves.

Also finished fifth in overall points for the season, which was the highest finishing position for a female driver. 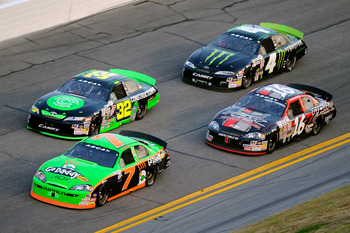 Patrick finished sixth in her first ARCA racing experience at Daytona Speedway. Go Daddy stepped up as sponsor in the bright lime green No. 7 livery. 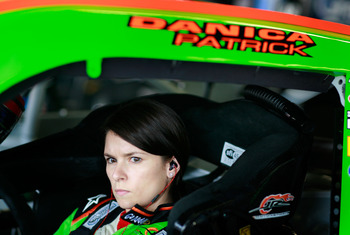 Patrick competed in her first NASCAR Nationwide race at Daytona Speedway on Feb 13, 2010.

She qualified 15th and finished 35th after getting involved in a 12-car wreck. 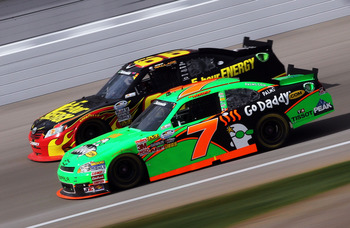 Danica's latest claim to fame came on March 5, 2011 when careful fuel mileage strategies led to a fourth place finish in the Nationwide race in Las Vegas.

This finish becomes the highest finish for a female Nationwide driver in the history of the sport.