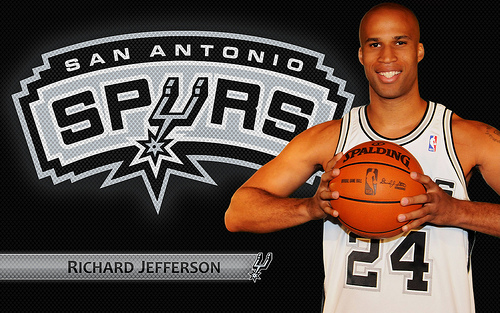 There is no way to sugarcoat it— Richard Jefferson’s two years in San Antonio have been underwhelming to say the least. Spurs’ General Manager, R.C. Buford, will most likely attempt to trade him this offseason for players who will have more impact.

Two years ago, the move for Jefferson appeared to be the impact move the Spurs needed. On paper, he was another perimeter player with the ability to create his own shot and get to the free-throw line. The Spurs relied too heavily on Tim Duncan, Tony Parker and Manu Ginobili in the past to do the heavy lifting on offense.

With Jefferson on board, the assumption was that he would pick up the scoring slack in the event that one of the big three had a bad night on offense.

Yet, Jefferson fell drastically short of expectations. He has looked passive, timid and quite frankly, on the decline.

It seemed as though finally Jefferson found his niche in the Spurs offense at the start of the 2010-2011 season, but his production waned as the season went on. Eventually, he regressed to the same passive player that he was last year.

The final straw was in Game 6 of the Spurs-Grizzlies game. Jefferson registered just 10 minutes of playing time. With the season on the line, Popovich benched Jefferson in favor of a three-guard lineup that included Tony Parker, George Hill and Manu Ginobili.

Two of the guards were physically overmatched in their matchups. On offense, Hill is basically exclusively a spot-up shooter when playing with Parker and Ginobili. Jefferson has been the better three-point shooter all season and physically, unlike Hill, he's capable of matching up with Sam Young and Shane Battier.

Yet, despite the fact that these two players physically overwhelmed Hill and Ginobili, Popovich still stuck with them over Jefferson. That should show you how much confidence they lost in him.

Trading Jefferson will most likely be a priority this offseason. However, Jefferson is owed $30.5 million over the next three years. Moving a declining perimeter player reliant on athleticism with a horrendous contract will present R.C. Buford with one of his biggest challenges yet.

In fact, in order to move Jefferson, San Antonio is going to have to take on another bad contract in return.

Here are some realistic and close to realistic scenarios that R.C. Buford might consider this offseason. 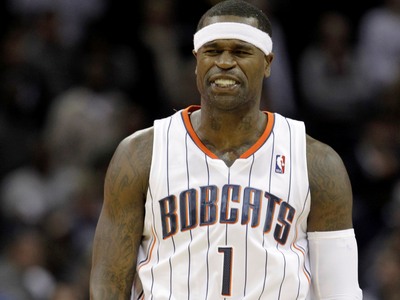 Why the Spurs would do it: Jackson is a player who is familiar with Gregg Popovich and is pretty good friends with Tim Duncan. The Spurs are in desperate need of a volatile personality to give them a swagger and toughness that they have been missing for a few years.

Now, an aging player who has a tendency to jack up poor shots isn’t a typical need at small forward. However, Jackson is clearly a better option than Jefferson.

San Antonio is going to have to take on another bad contract since Jackson’s deal at $19.3 over two years is more reasonable than Jefferson’s. This is where Diop comes into the picture. He is owed $14.3 million over two years. His contract may be ridiculous, however he would make for an excellent fifth big on the Spurs’ roster.

Why would the Bobcats do it: The Bobcats are clearly in cost cutting mode after they traded their star player, Gerald Wallace, to the Trail Blazers. This move would present an opportunity to unload the bad contracts that they have on their roster.

Antonio McDyess’s final year of his contract is non-guaranteed and the 29th pick can sweeten the deal. This move will create $7.3 million in cap space for the 2012 offseason.

Why would the Spurs do it: There used to be a time when the Spurs could just dump the ball down low to Duncan, and it would be a guaranteed two points or a foul. Now, Duncan has reached the point in his career where he can no longer carry the offense by himself.

Al Jefferson is one of the best low-post scorers in the game. His acquisition would allow Duncan to focus more on anchoring the defense. Even at Duncan’s advanced age, he still has the ability to anchor the paint and block shots at the rim because he smart and knows where to be.

Now there are some concerns. Jefferson’s feet are even slower than Duncan’s. This frontcourt tandem would get annihilated on pick-and-rolls. His conditioning also raises some red-flags. However, if San Antonio is trying to squeeze two more years out of its nucleus, they have to take some chances.

Why would the Jazz do it: It has not worked out between Al Jefferson and the Utah Jazz. The idea was that Jefferson could come in and replace the production of Carlos Boozer, but he has been unable to this season.

This team has a current logjam in the frontcourt with Derrick Favors, Mehmet Okur and Paul Millsap. Al Jefferson might be their most movable piece. 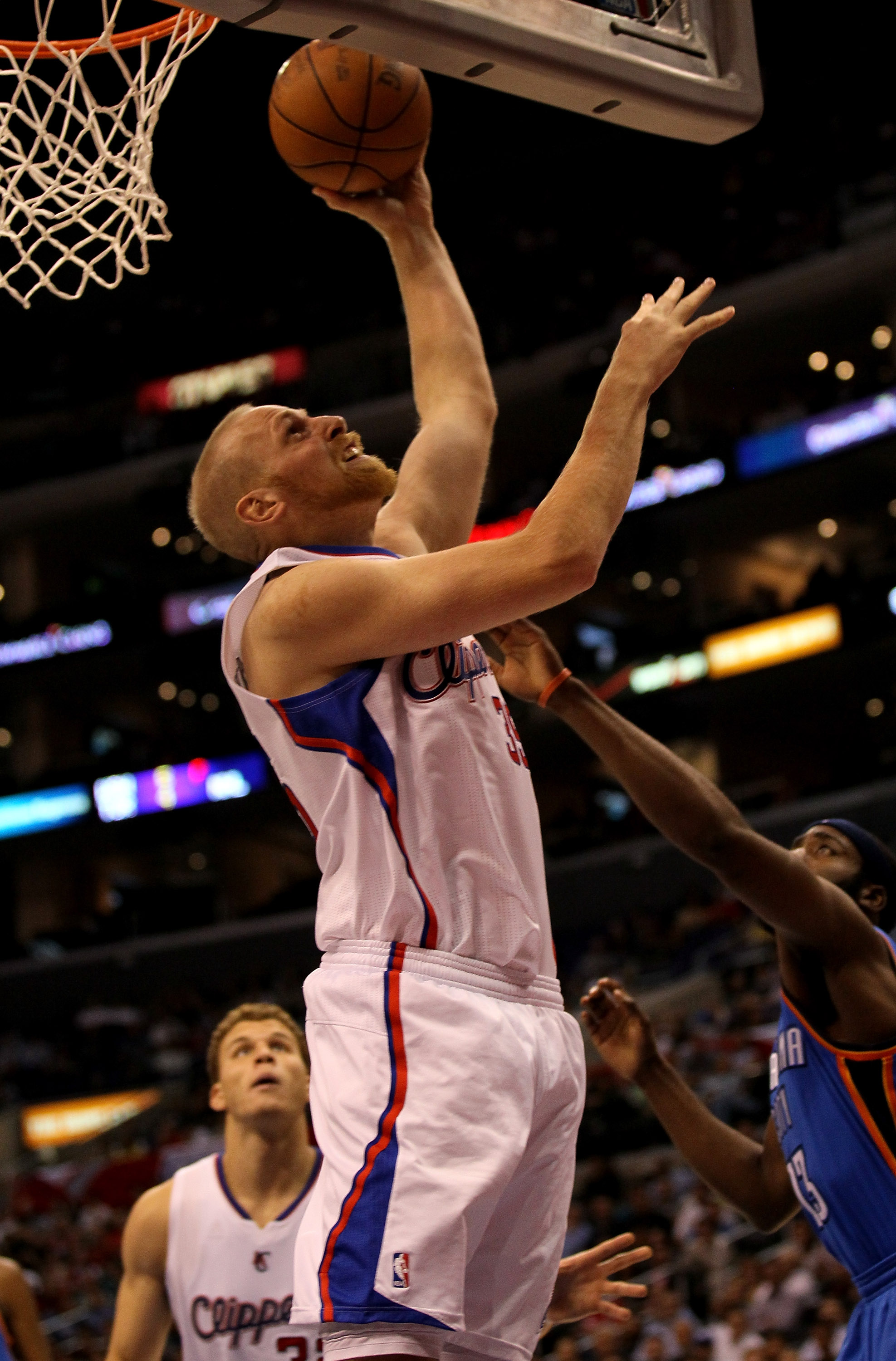 Why the Spurs would do it: The Spurs are desperate for another competent frontcourt mate for Duncan. Kaman is a pretty good target to pursue in this regard because he is a big and very skilled low-post scorer. Kaman is only 29 years old, which is a good age for a big-man.

Why would the Clippers do it: There is an obvious need at small-forward for Los Angeles. Al-Farouq Aminu plays more like a power forward. Jefferson would also give the Clippers more shooting on the perimeter.

DeJuan Blair is another young player who the Clippers might take a look at due to the fact that he is young and still has a cheap contract. 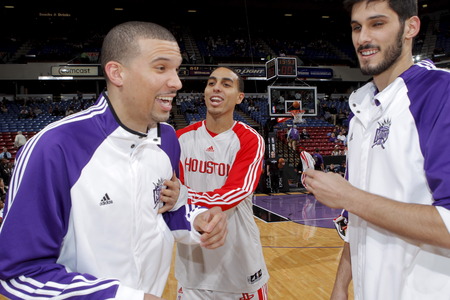 Why the Spurs would do it: Casspi is a good young asset to have. This would also create financial flexibility for a future trade.

Why the Kings would do it: Sacramento is going to have the most cap space this summer, and it is highly likely that they strike out in free agency. With a gaping hole at SF, they may get desperate. Jefferson is at least a name to sell to their fans, and he'd be an upgrade on what they currently have.

He'd also add a professional, veteran example for their immature young players, as well as upgrade their three-point shooting. Casspi has fallen out of favor and wants out. Garcia would just be a throw- in to unload his contract. 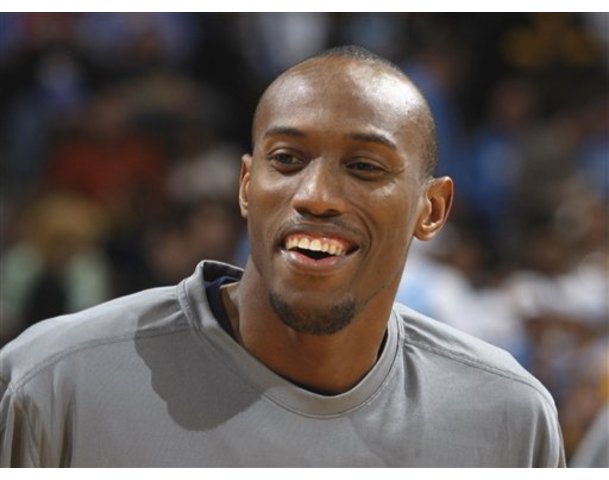 Why would the Spurs do it: I doubt that the Spurs front office will be thrilled at the prospect of trading for a player like Outlaw. However, they are going to be desperate to unload Jefferson’s contract. In order to do that, they are also going to have to take on Petro’s two-year $6.8 million contract.

At this point, even Outlaw appears to be a better option for the Spurs than Jefferson. Although he takes tons of bad shots, he is long, athletic and would make for a terrific small-ball power forward. Petro would obviously be a throw in, but he would also make for a valuable fifth big man.

Why the Nets would do it: Outlaw has been atrocious for the Nets this season, and they still owe him $28 million over the next four years. Jefferson is a known commodity around New Jersey. In fact, he has had the best years of career with that organization.

This move will provide the Nets with a chance to unload two bad contracts while acquiring a name that they can sell to the fans.