NHL Power Rankings: Rating the 20 Most Hated Players in the NHL 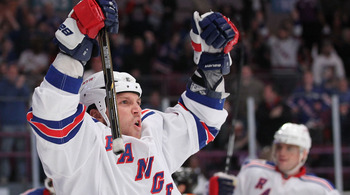 The NHL has some of the most passionate fans in all of professional sports. NHL fans adore the players on their favorite teams. But at the same time, they build up a ton of hatred towards some opposing players. Whether these players are complaining, diving, being extremely cocky or just plain good, fans find a way to absolutely despise certain players in the league. Let's now rank the 20 most hated players currently in the NHL. 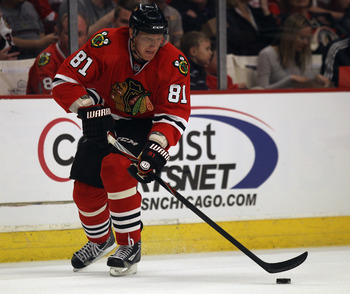 Marian Hossa is one of the best players in the NHL. He dominates the forward position and is one of the main reasons that the teams he plays on find great success.

Hossa is hated by many fans of the NHL because of how he bounces from team to team.

Hossa and the Pittsburgh Penguins lost in the Stanley Cup Finals in 2008 to the Detroit Red Wings. Hossa decided not to return the Pittsburgh the following year because he didn't think he could win it all with the Penguins.

The following season he played for the Detroit Red Wings. He returned to the Stanley Cup Finals in 2009 with Detroit, this time facing his former teammates. Hossa lost in the Stanley Cup Finals for the second straight season and then decided he should take his talents elsewhere to a team that he felt could win the Cup.

Finally, he was able to win the Stanley Cup in Chicago. In 2010 Hossa and the Blackhawks ousted the Philadelphia Flyers.

Hossa lost respect from many when he left teams just because he couldn't win to go play for teams he felt could contend for the Stanley Cup. 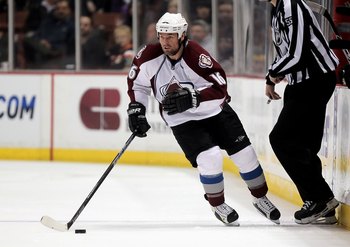 It seems that when he is on the ice, Darcy Tucker does whatever he possibly can to hurt his opponents.

Tucker talks a lot of trash, but he never really fights. When he does, he "turtles."

Tucker is hated by many across the league for being what some people call a "head hunter." 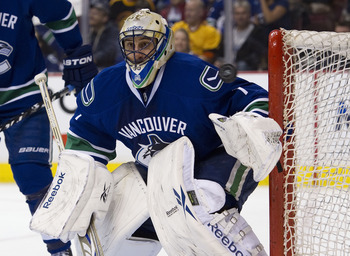 Roberto Luongo has done nothing in his playing career to be hated for. He is an outstanding goalie and one of the most respected players in the league.

People simply despise Luongo because they think he is good. Luongo is more than good. He is great.

Anywhere the Canucks play on the road, Luongo hears fans chanting "Luongooooo." By chanting this, fans try and get into his head. It rarely works. 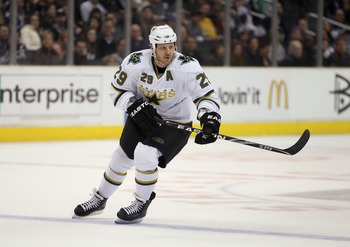 Steve Ott is known for being one of the biggest agitators in the NHL.

He is hated by many for consistently talking trash and starting fights.

The thing about Ott is that he is a bully. The six-foot center will talk trash to whomever is on the ice, but he only drops the gloves against players who are smaller than him.

Nobody likes a bully Steve. I am sure your mother taught you better than that.

Anyone who pulls hair in a hockey fight is going to be hated by many and make this list.

Alex, you are not a teenage girl fighting another girl over a boy. You are in the NHL. Man up.

Jarkko Ruutu is known for his cheap shots on the ice and his constant trash talking.

The Ducks right winger has actually bit an opponent. That automatically gets you hated by not only fans, but opposing players.

Jarkko, you are playing against hockey players, not cupcakes. 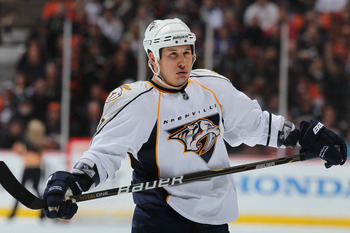 Jordin Tootoo is hated by many fans and players for his aggressive style of play. Tootoo is known for charging his opponents, hitting them high and handing out blindsided hits. 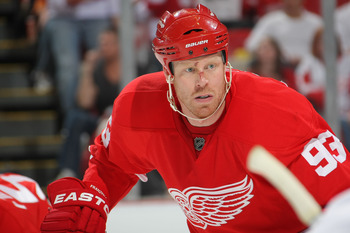 Next time you go to a game where the Detroit Red Wings are playing, spend some time observing Johan Franzen.

I have personally done this many times, and each time it gets better and better.

There is something humorous about a grown man constantly whining and complaining about every single thing that happens in a hockey game.

Grow up and play the game, Johan. 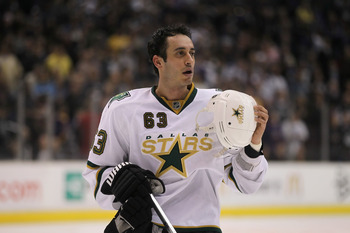 Mike Ribeiro is famous in the NHL for diving. Nobody, both fans and players, hate people who dive. Ribeiro tries to draw many penalties by just flopping to the ice whenever there is a small amount of contact.

Ribeiro is also known for talking the talk but not walking the walk. Ribeiro is one of those players who constantly talks trash but never actually drops the gloves to fight. He allows his teammates to do the fighting for him. 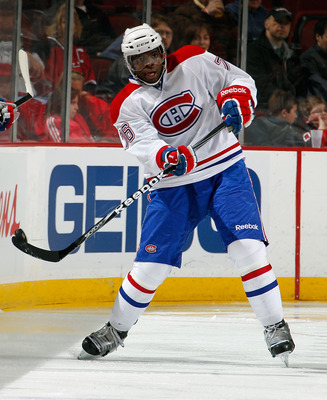 P.K. Subban is known for being one of the cockiest players in the league. Although his hometown fans love him, he has many enemies throughout the league.

Subban has a hard shot, is a strong hitter and is one of the bright young stars in the NHL. However, his goal celebrations draws many boos when he is on the road, and he also agitates his opponents by running his mouth...a lot. 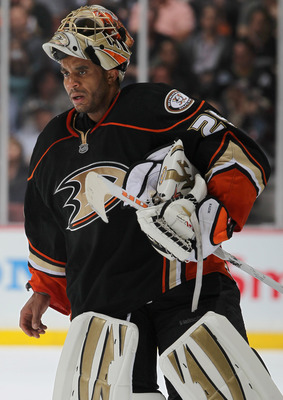 You don't have to be only hated by hockey fans to make this list. You make the list if your teammates have problems with you as well.

Ray Emery is a difficult teammate to play with.

Emery has a history of fighting with teammates, showing up late to practices and missing team flights.

Many players have stated how much they hate playing with Ray Emery.

Steve Downie was considered a dirty player before he actually played a regular season game in the NHL.

In his rookie season while he was with Philadelphia, Downie was given the fifth-longest suspension in the history of the NHL for a hit he committed in a preseason game.

In a game against Ottawa, Steve Downie completely left his feet and destroyed Dean McAmmond. 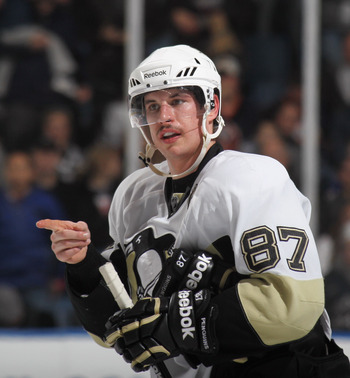 For some reason, Sidney Crosby is hated by many fans and players across the NHL.

One reason fans hate Crosby is because the claim he is a "complainer" and a "cry baby."

Crosby is one of the best players to ever play this great game. Because of that, he is hated and booed by many. Crosby has won a Stanley Cup, a gold medal and many other awards that make him so hated. Certain people to not like when the best players succeed. Because of all his success in his young career, Crosby is one of the most hated players in hockey. 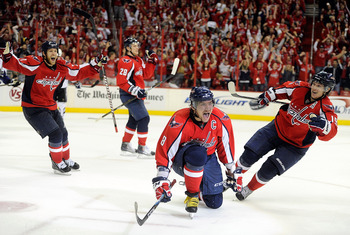 It's common among NHL fans to either hate Crosby or Ovechkin.

Alex Ovechkin is also one of the cockiest players in hockey. He plays with a lot of passion and is not afraid to show how he feels after scoring a goal. He will scream, skate around anywhere on the ice and then jump right into the boards.

Just like the situation with Sidney Crosby, some people hate the best players. Athletes like Ovechkin dominate their sport, and it is because of this domination that people can't stand them. People enjoy watching the great players lose. 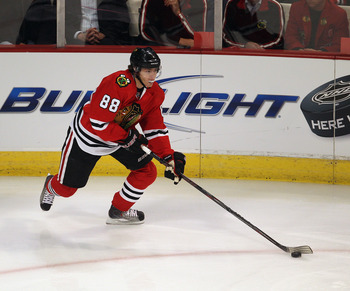 Patrick Kane is one of the best forwards in the NHL.

He seems to know this, and believes he can get away with anything.

In 2009, Patrick Kane was riding in a taxi in Buffalo, New York. Kane owed the cab driver $12.80 for the taxi fare. After the driver told Kane he didn't have change for the $15 he had handed him, Kane punched the driver in the face, grabbed his throat and broke the driver's glasses. Kane then fled the scene without paying. Kane was charged with robbery, criminal mischief and theft of services.

Kane has lost a lot of respect from NHL fans across the league because of this incident. 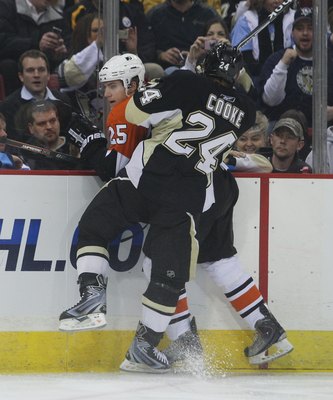 Matt Cooke is one of the dirtiest hitters in the game of hockey.

He has became famous for handing out blindside hits and roughing people up. Cooke takes hitting to a completely new level and has paid the price for it. Cooke was suspended two, should have been three, different times this season.

It is because of his hard hitting and the amount of injuries he has produced that makes him one of the most hated players in the NHL.

Chris Pronger has been suspended by the NHL numerous times.

The current Flyer is known for elbowing, cheap shots and kicking his opponents. He even tried slicing an opposing players leg with his skate after being tangled up next to the boards.

Here is the video of Pronger stepping on his opponent with his skate. 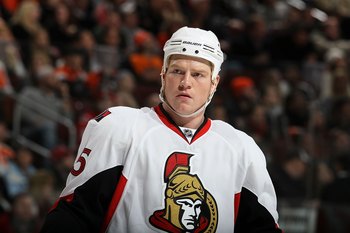 Chris Neil's job on the Ottawa Senators is easy.

He is on the team to talk a lot of trash and do whatever he can to get under the skin of his opponents.

Chris Neil is one of the best in the league at doing this job.

He is also a tough fighter and is known for throwing a lot of elbows.

Players hate playing against him because they all need to be aware when he is on the ice because he is a freight train. 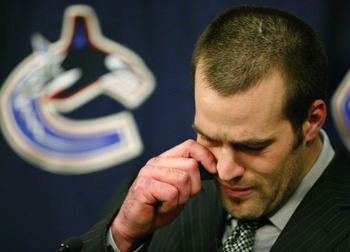 Everyone remembers what Todd Bertuzzi did to Steve Moore.

In case you forgot, Bertuzzi was playing for Vancouver in a game against the Colorado Avalanche on March 3, 2004.

In a previous game, Steve Moore of the Avalanche injured the Canucks' captain, Markus Naslund, which caused Naslund to miss three games.

On March 3, with the Canucks trailing 8-2 in the third period, Todd Bertuzzi was following Moore around the ice trying to start a fight. Moore ignored Bertuzzi the entire time. Finally, Bertuzzi skated up to Moore and punched him directly in the back of the head. Moore was removed from the ice on a stretcher after 10 minutes of lying on the ice.

Once in the hospital, Moore was treated for three fractured vertebrae in his neck, a grade three concussion, vertebral ligament damage, stretching of the brachial plexus nerves and facial lacerations. He was also suffering from amnesia.

Bertuzzi was suspended indefinitely, and the Canucks were fined $250,000. He was also charged with assault causing bodily injury by the criminal justice branch of British Columbia.

Bertuzzi expressed how sorry he was, but people don't forget. 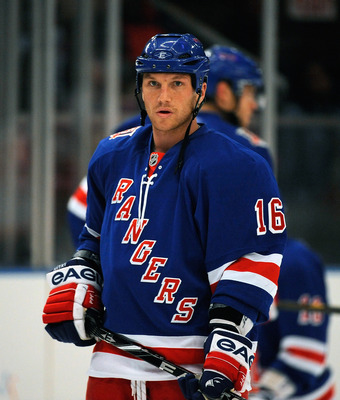 Sean Avery is one of the biggest agitators the game has ever seen. He runs his mouth the entire 60 minutes of a hockey game.

He also is hated for being a bad teammate, he makes fun of opposing players on television and made rude remarks about his ex-girlfriend.

When Avery played for Dallas, before the pregame skate, he told reporters that he had to make a statement regarding Dion Phaneuf and his ex-girlfriend Elisha Cuthbert.

Avery actually said the following to reporters: "I'm just going to say one thing. I'm really happy to be back in Calgary; I love Canada. I just want to comment on how it's become like a common thing in the NHL for guys to fall in love with my sloppy seconds. I don't know what that's about, but enjoy the game tonight."

Congrats Sean, you are the most hated guy in the NHL.