Manny Pacquiao and the 10 Greatest Southpaws in Boxing History 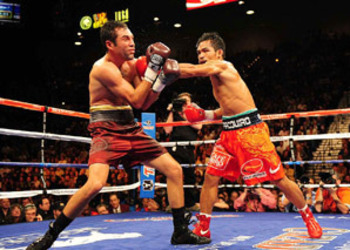 They were once the most avoided boxers in the sport. Orthodox boxers refused to fight them, and trainers wanted nothing to do with them. This led to many of the all-time great boxers switching in stances to align to the general preference at the time.

Since then, it has become more accustomed to be just as accepted and effective as the regular stance. Many of the greatest southpaws emerged in the last 20 years of the 20th century to capture major world titles and lead the pound-for-pound rankings.

These are the 10 of the very best southpaws to ever compete in the sport. 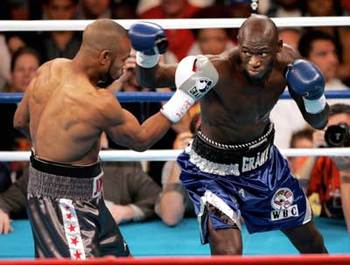 After turning professional at the late age of 29, Antonio "Magicman" Tarver emerged to become one of the best light-heavyweight boxers of the last decade.

His second-round knockout of Roy Jones Jr. is one of the greatest single-punch knockouts in boxing history, and he did it as a southpaw. The KO, which came from a vicious left hand, won him seven different titles, including the IBF, WBA, WBC and IBO belts.

At 6'2", Tarver was able to use his height and reach to outbox many of his opponents. A recent move to the heavyweight division takes that away, but he has the skills and talent to do some great things before he retires. 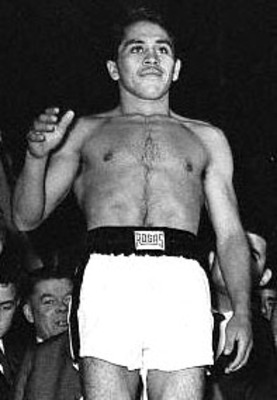 Featherweight boxer Vicente Saldivar is one of the best left-handers to come out of Mexico in the 60s.

Regarded as one of the best ever in his weight class, Saldivar was a WBO and two-time WBA featherweight champion with 27 knockouts to his credit.

As a southpaw, trainer Jose Moreno led him to beat the likes of Ismael Laguna, Jose Legra and Johnny Famechon. 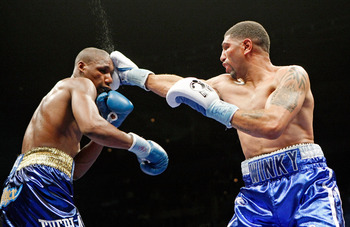 Former undisputed middleweight champion Ronald "Winky" Wright had a style that not many opponents could break. His southpaw stance combined with his guard as tough as a steel-cage was more than enough to frustrate many of his opponents.

Wright won the WBO title when he defeated Bronco McKart in their first fight. In a WBC middleweight title eliminator fight against Felix Trinidad, Wright outboxed and schooled the Puerto-Rican star for the entire bout with his relentless jab.

Wright has been fairly inactive, having only fought twice since 2006. He was supposed to return in 2010 and 2011, but a series of problems have led to each bout being canceled. 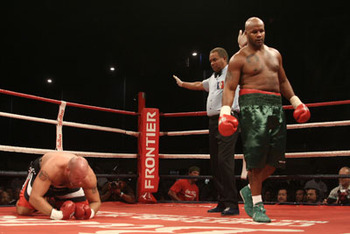 Moorer retired in 2008 after a series of comeback fights with 40 knockouts on his record. 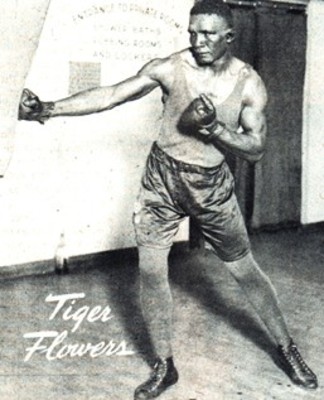 In 1926, Flowers upset all-time great Harry Greb to win the middleweight title. Flowers had previously been compared to the orthodox boxer as the "left-handed Harry Greb."

Flowers would pass away a year later due to complications from a surgery he had done to remove scar tissue from his face. 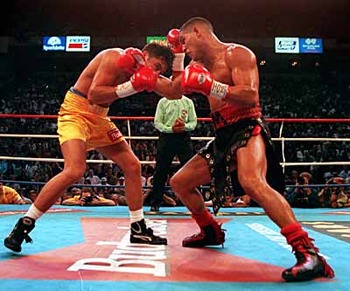 Junior-lightweight boxer Hector Camacho was one of the fastest and most-skilled boxers to come out of Puerto-Rico.

After competing in the featherweight division, Camacho moved up to challenge Jose Luis Ramirez for the WBC lightweight title. He defeated his Mexican opponent and went on to defend it twice against Cornelius Boza Edwards and Edward Rosario.

The last half of his career would be fought in the welterweight division where he took on some of the very best of his generation, including Felix Trinidad, Oscar De La Hoya, Julio Cesar Chavez and Vinny Pazienza. 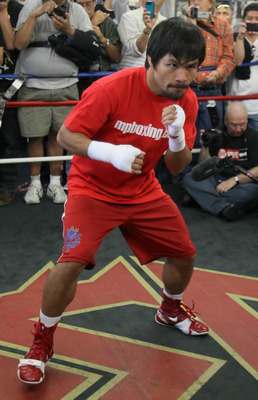 Filipino superstar Manny Pacquiao is one of the most appreciated athletes the sport has ever had. He has won 10 world titles in eight different weight divisions and is the first to win four lineal championships in four different weight classes.

As he prepares to battle Shane Mosley on May 7th, the 32-year-old and his trainer Freddie Roach can look back on the success they have had together. Under Roach's guidance, Pacquiao has defeated Oscar De La Hoya, Antonio Margarito, Ricky Hatton, Joshua Clottey, Miguel Cotto, Erik Morales and Marco Antonio Barrera.

It's the type of student-teacher relationship that many southpaw boxers never got to have. Times have changed, and Pacquiao has changed the sport forever. 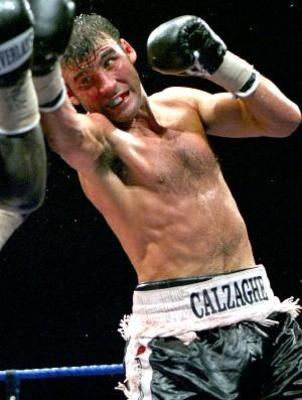 Welsh boxer Joe Calzaghe went 46-0 before retiring from the sport where he had led the pound-for-pound rankings.

Calzaghe competed in the super-middleweight division for over 10 years before moving to the light-heavyweight division to challenge boxers like Bernard Hopkins and Roy Jones Jr.

His 21-fight win streak as a champion is one of the greatest ever, and his undefeated record as a whole is only second best to all-time great Rocky Marciano (49-0). 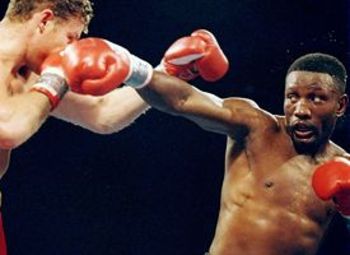 Pernell "Sweet Pea" Whitaker isn't just one of the greatest southpaws in the history of boxing. He is also one of the best defensive, most technical and skilled boxers to ever compete in the sport, period.

His southpaw jab may be the best of anyone, and he used it to dominate 40 opponents, including Jose Luis Ramirez, Freddie Pendleton, Azuman Nelson and James McGirt. He also used it and his slick movements that defined his style to "beat" Julio Cesar Chavez but was robbed of a victory after 12 rounds. 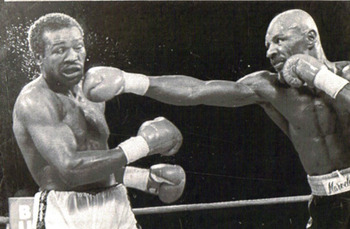 Originally an orthodox boxer, "Marvelous Marvin" Hagler turned left-handed in the early stages of his career to get his right hand—his power hand—closer to his opponents' chin.

He would use his effective southpaw stance to not only defeat everyone in front of him but destroy many of the opponents that stepped into the ring.

He destroyed Tommy Hearns, John Mugabi, Vito Antuofermo and dozens of other opponents to claim several middleweight championships before falling up short in his controversial split-decision loss to Sugar Ray Leonard in 1987. It would be his last fight, but his mark had already been left.