NFL Network has decided to air a special series which will rank the Top 100 active players in the league, and the order will be determined by our very own current players.

This is an interesting concept and I really admire the idea of having fellow players making the ranking as opposed to sports analysts because it provides a fresh perspective from those who experience dealing with them on a more close, constant basis.

Players #100-91 were officially released Saturday after the conclusion of the 2011 NFL Draft and here's my instant reaction and analysis of it.

Note, for those of you who are unaware, this ranking is based off of who the best players are as of now as opposed to what they've done over the course of their career. 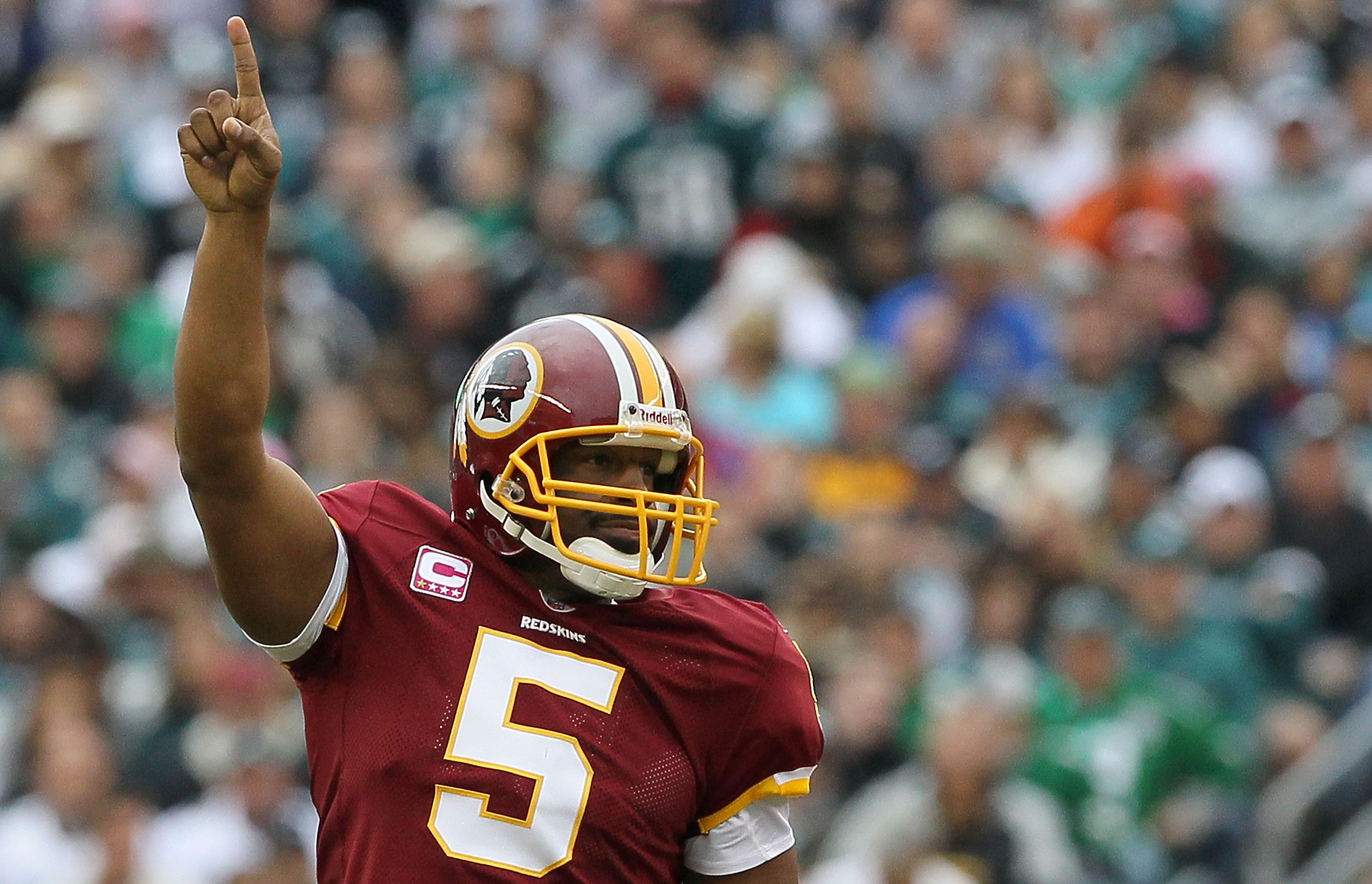 If this list was created last year, then I'm sure McNabb would've been much higher up. Let's face it, he is fourth among active quarterbacks in passing yards (third if you don't count Favre).

But after posting the lowest passer rating since his rookie campaign, McNabb is clearly not the same player he used to be. Perhaps its because he doesn't have the same supporting cast as he did with the Eagles, but there's no excuses at this level.

In fact, a lot of the fans who have voiced their opinion on the issue said that McNabb doesn't even deserve to be on the list at all.

Bold statements for a player who's been to five NFC Championship Games. 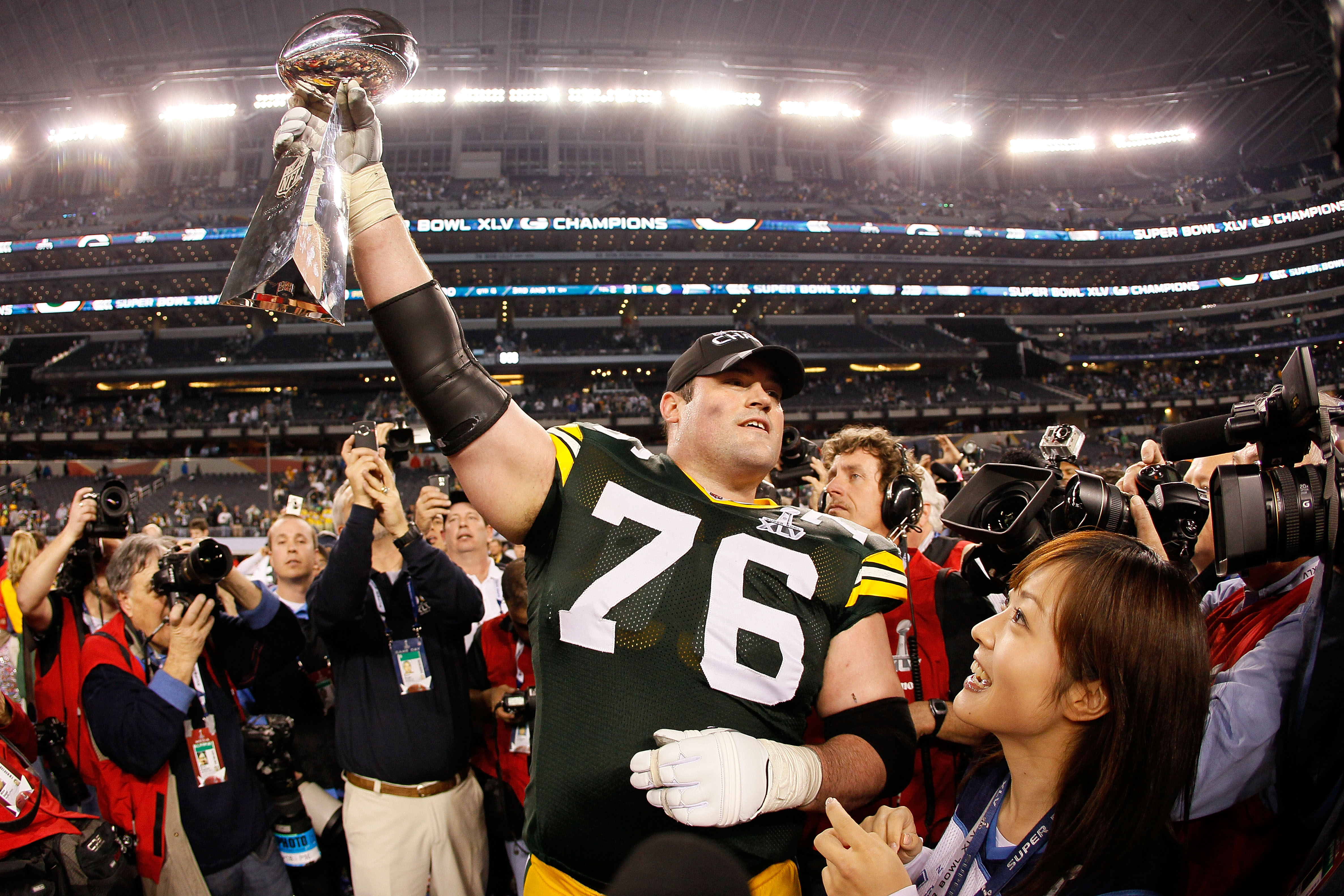 Chad Clifton took over the left tackle responsibilities midway through his rookie season back in 2000 and hasn't given it up since.

Of course, he is nearing the end of his career and the Packers presumably drafted his successor in Derek Sherrod with the No. 32 overall pick in the 2011 NFL Draft.

Nevertheless, protecting the blindside for Brett Favre and Aaron Rodgers for that duration certainly deserves recognition on this list. 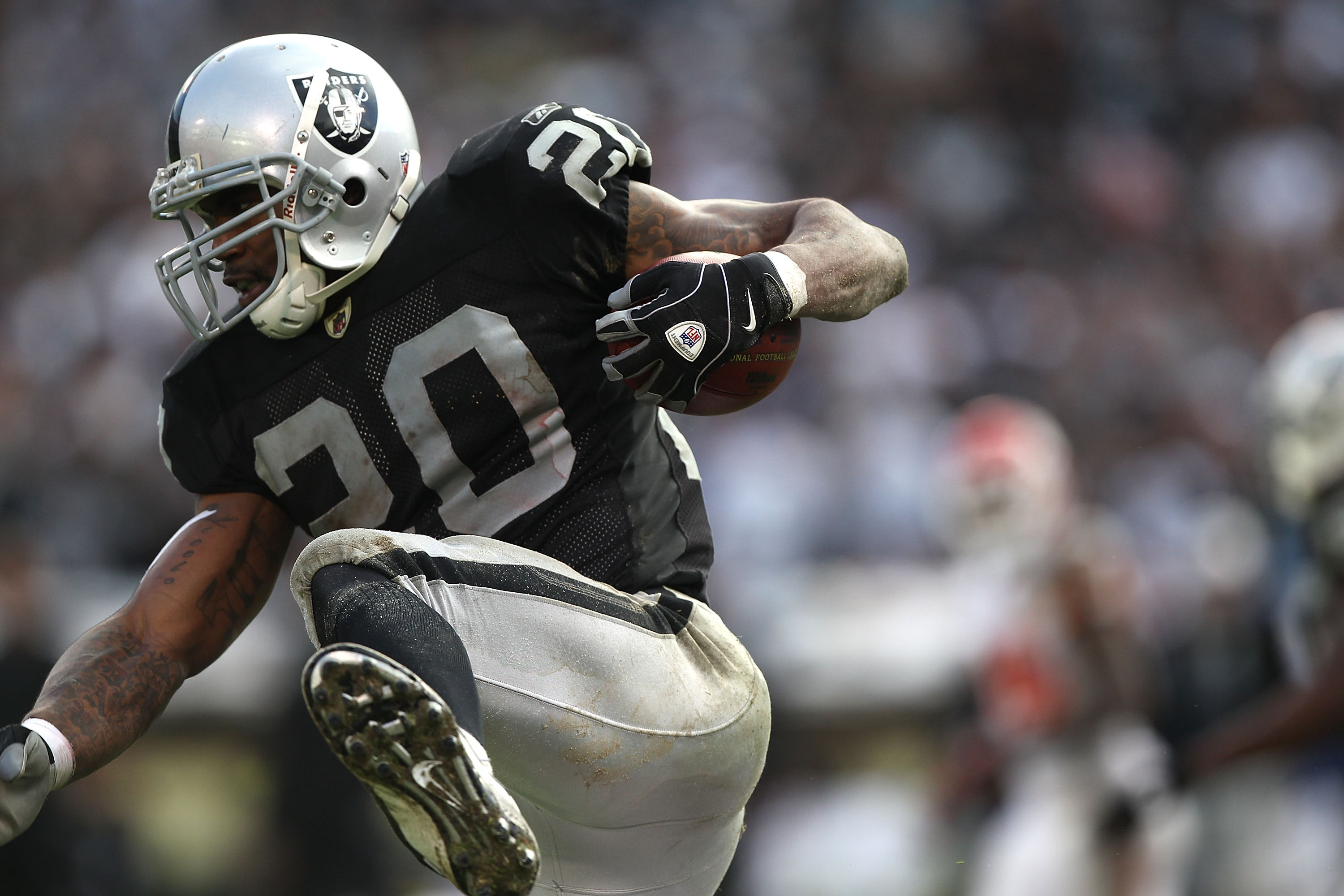 In contrary to McNabb, if you had constructed this list last year he probably wouldn't have been even close.

Due to injuries that plagued the former No. 4 overall pick early on in his career, his development had been hindered and he wasn't able to meet his high expectations.

However, in just 13 games last season (yes, he still missed three contests), he was able to rush for 1,157 yards on a 5.2 yard per carry average and added 507 receiving yards while scoring ten total touchdowns.

If he can continue this moving forward, there's no doubt in my mind that he'll be considered among the league's best. 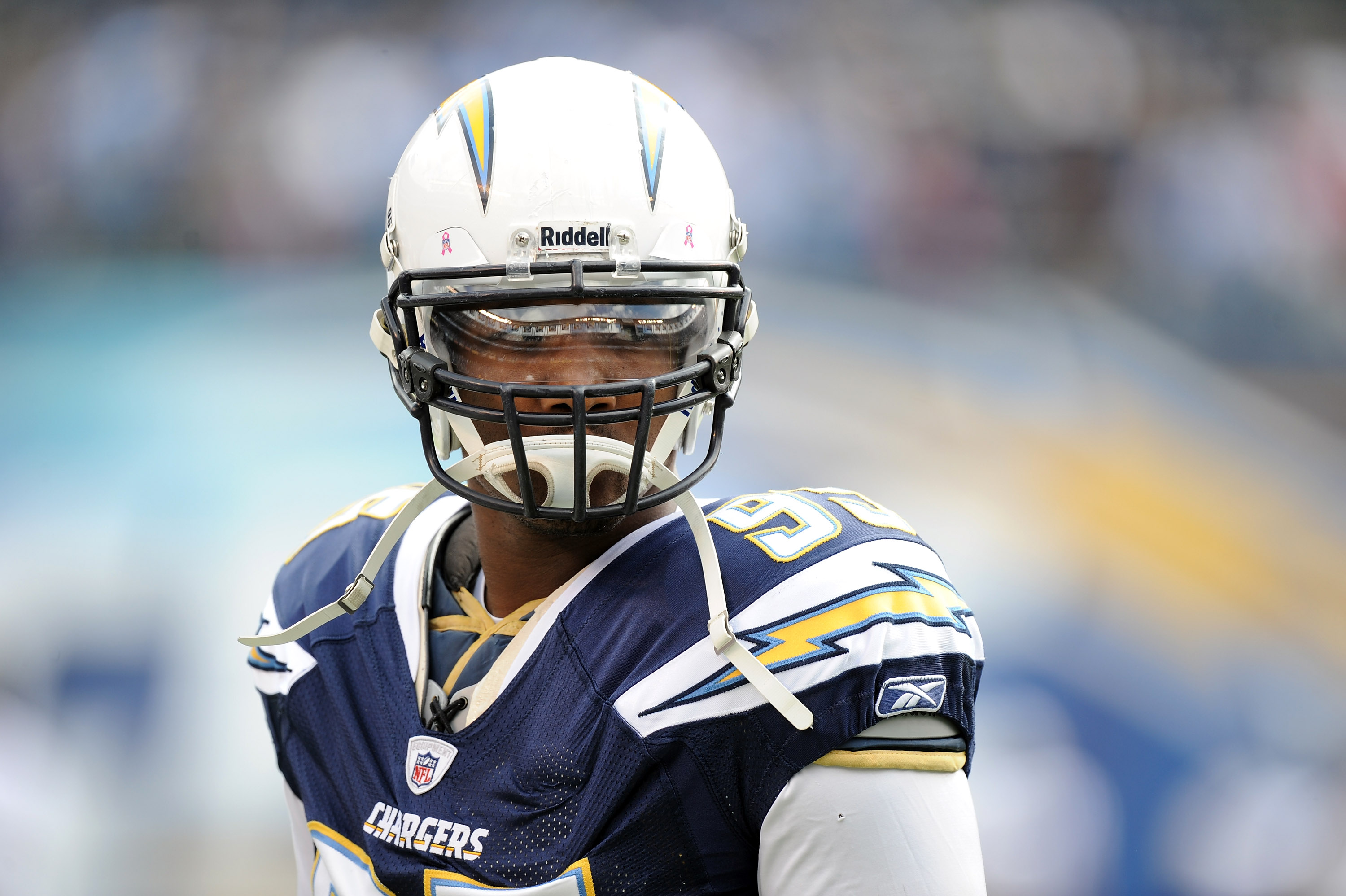 Shaun Phillips is one of the more underrated players in the league and has taken major strides ever since being drafted in the 4th round.

He started off as a situational pass rusher but has developed into an every-down linebacker. Now, the seven-year veteran has 56.5 career sacks along with 18 forced fumbles and was selected to his first Pro Bowl this past season.

He's also proven that he has the ability to dominate as he registered a whopping four sacks against the Arizona Cardinals in Week 4.

If it weren't for problems with consistency, he would've probably been ranked higher. Note that after that tremendous performance against the Cards, he had just one sack in the ensuing five games. 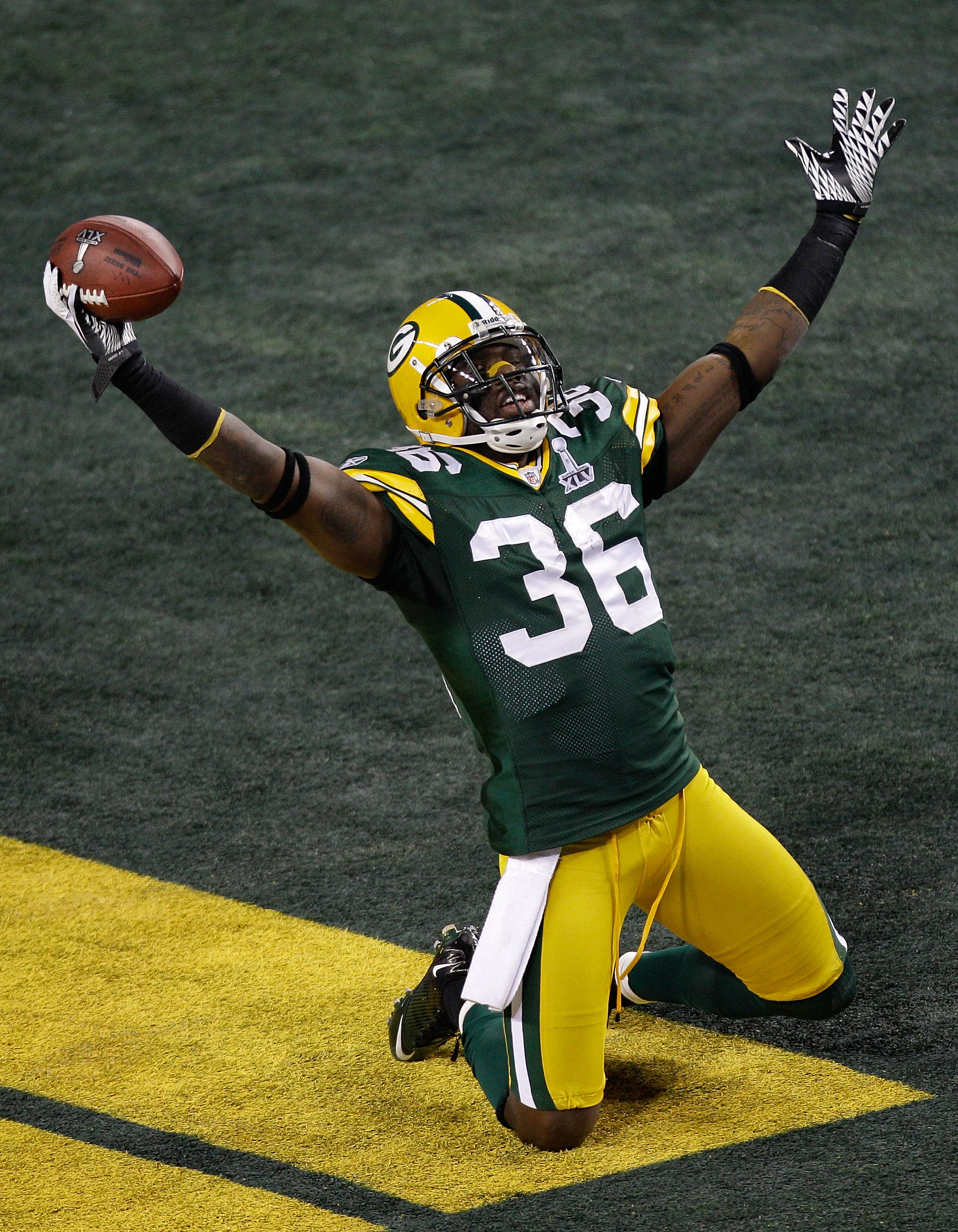 Nick Collins, a 3-time Pro Bowler, has become an integral key to the Green Bay Packers success as he's been a big-time playmaker in their secondary.

Remember, his interception returned for a touchdown in the Super Bowl? That was just one of the several highlight reel plays he's made over his career.

In just six years, he's already picked off 21 passes and scored four touchdowns. With that said, Collins is well deserving of this ranking. 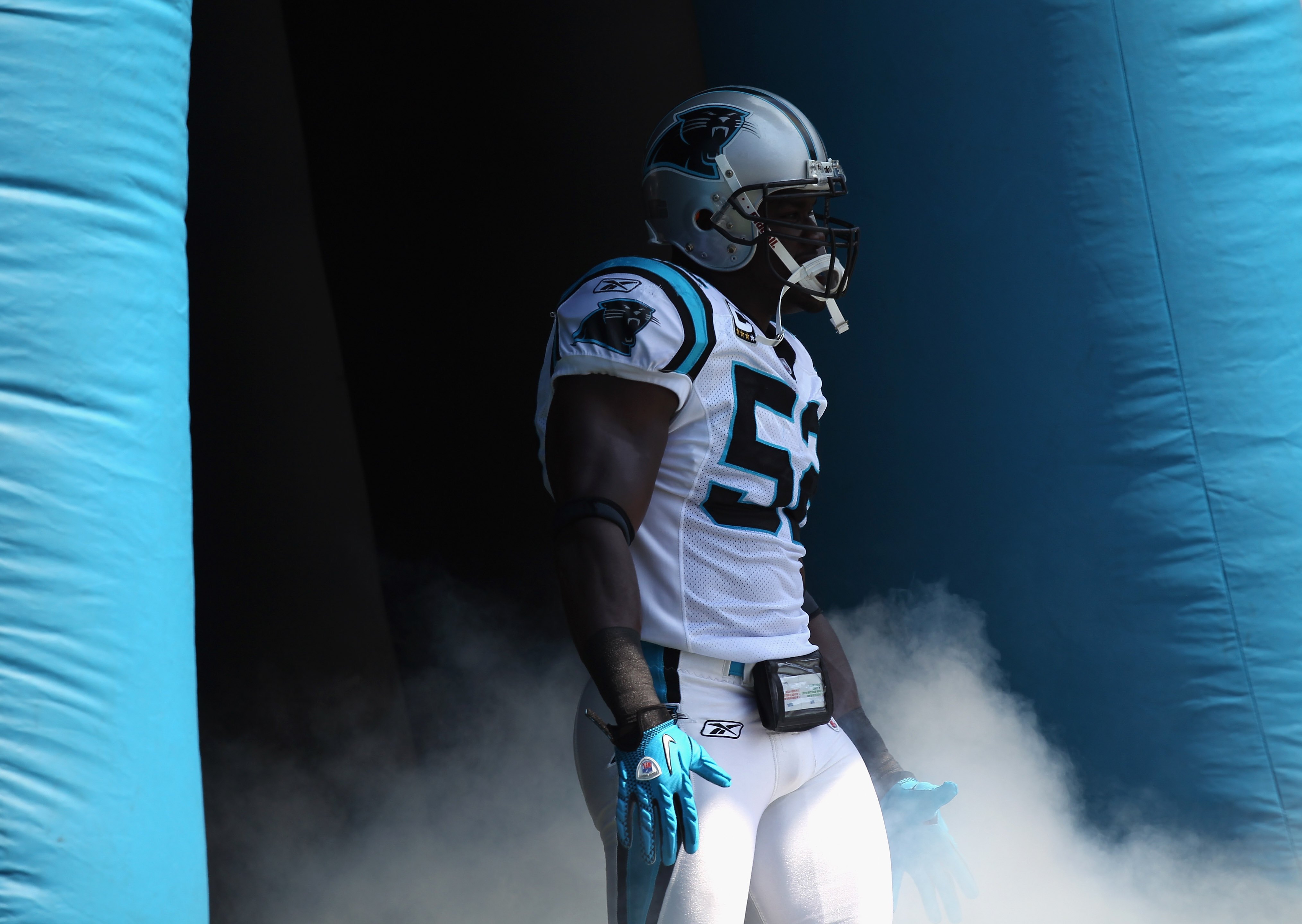 Jon Beason was one of the few bright spots on the Carolina Panthers team last year, and he continues to be the ultimate pro as he puts out a relentless effort on every play.

He may not be the most physically gifted player out there, but he's remarkably quick to read and react which allows him to make plays.

Considering he's totaled  540 tackles in the past four seasons, I think he should have been higher up on this list. 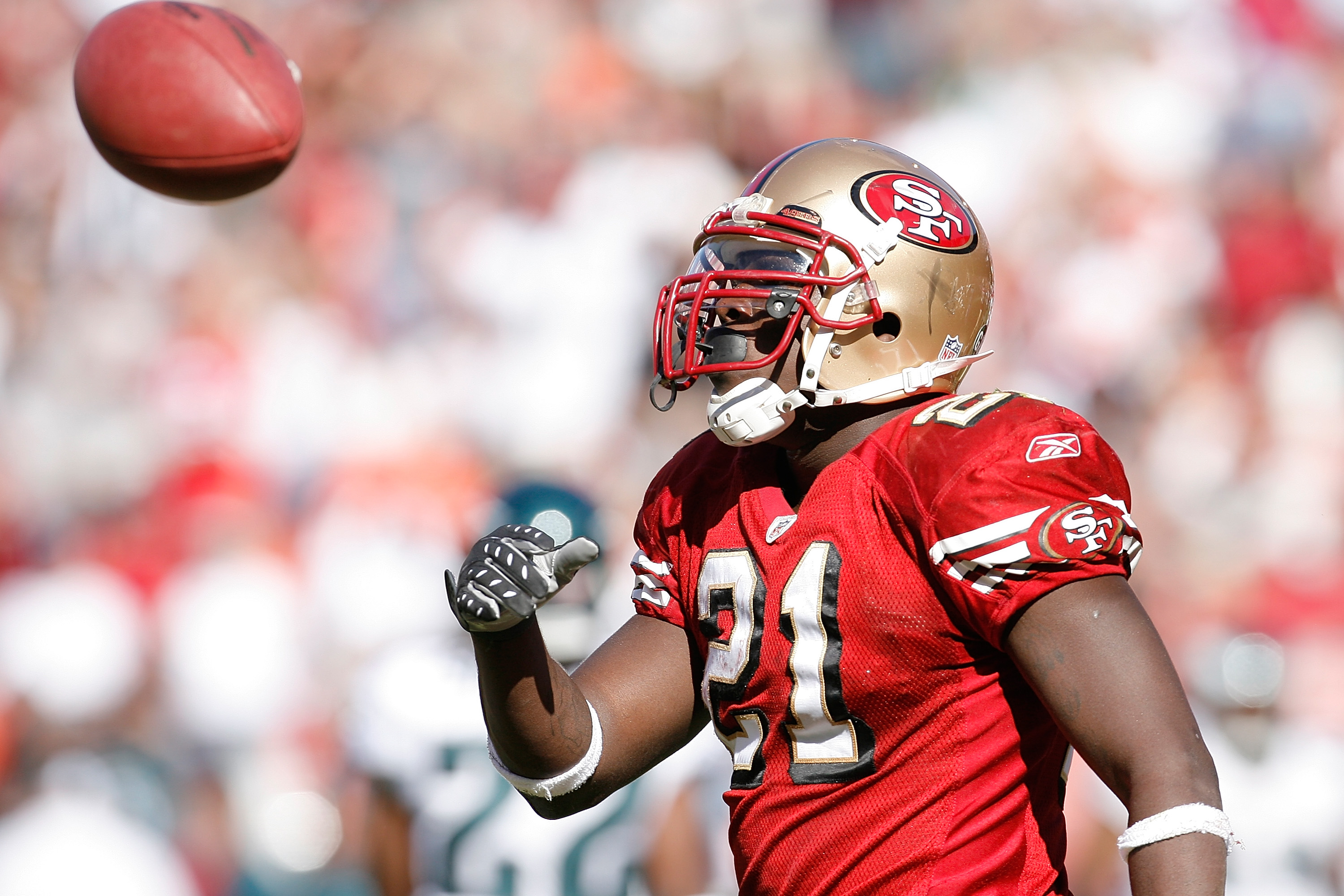 Frank Gore is one of the top running backs in the NFL today and has been an absolute workhorse for the 49ers over the past few years.

He's versatile in a sense that he can not only run in between and outside the tackles, but he's also a threat to catch the ball out of the backfield, and can support in pass blocking as well.

In his six-year career he's been selected to two Pro Bowls, and despite only playing one full season due to injuries he's amassed 8,697 total yards from scrimmage and 44 touchdowns.

He could've been a bit higher, but I think this is just about right. 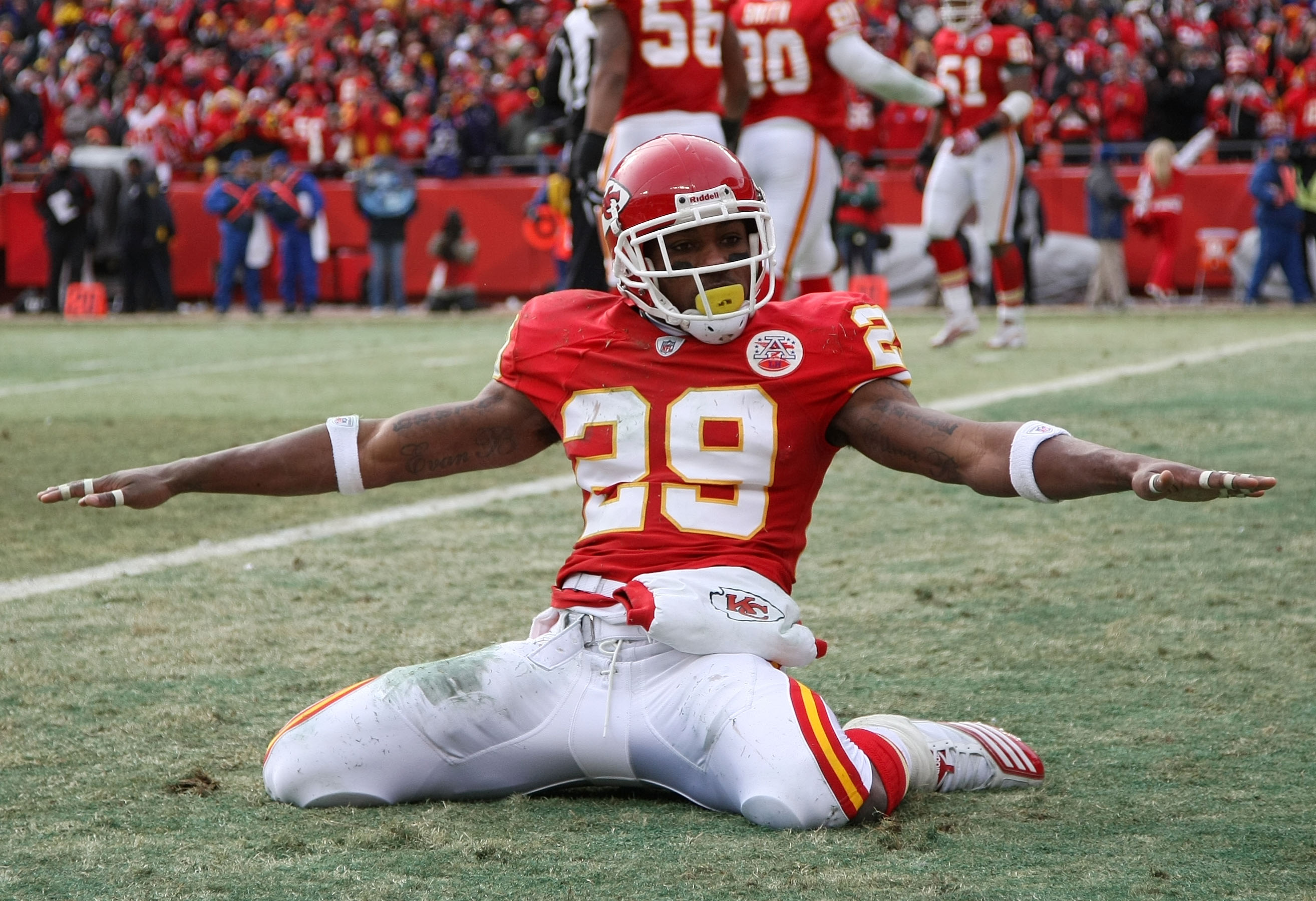 Eric Berry, who was selected with the No. 5 overall pick in last year's draft, has made a very fluid transition to the NFL and is ready to make his mark as a big-play safety along the likes of Ed Reed.

In his rookie campaign, he had 92 tackles, four interceptions, a pair of sacks, and a forced fumble. Moreover, he was a huge reason why the Chiefs jumped up from the 4th worst scoring defense to 11th best in the league.

What else can you ask for? 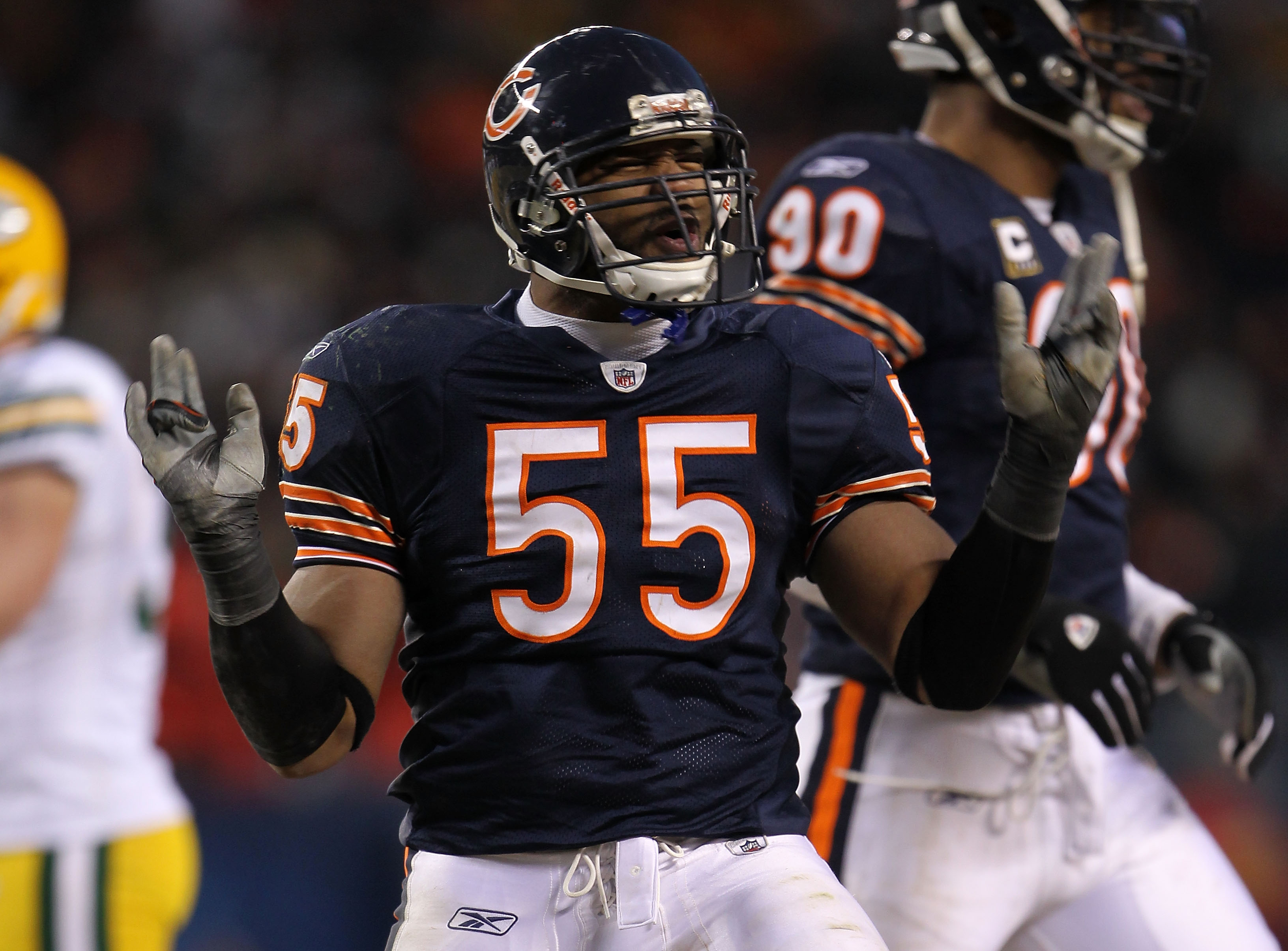 Not sure I agree with this placement.

I think the problem nowadays is that those linebackers who don't get 10+ sacks are losing respect from others and don't get the accolades that they deserve. However, what many don't realize is that they bring a different skill set to the table.

Briggs, who's been a leader of the Bears defense over the past few seasons, is not only a tight cover guy, but he can run sideline to sideline and shutdown the run which is something very few players can do nowadays. He's a true 'three down' player unlike some other guys and I think he deserves to be higher. 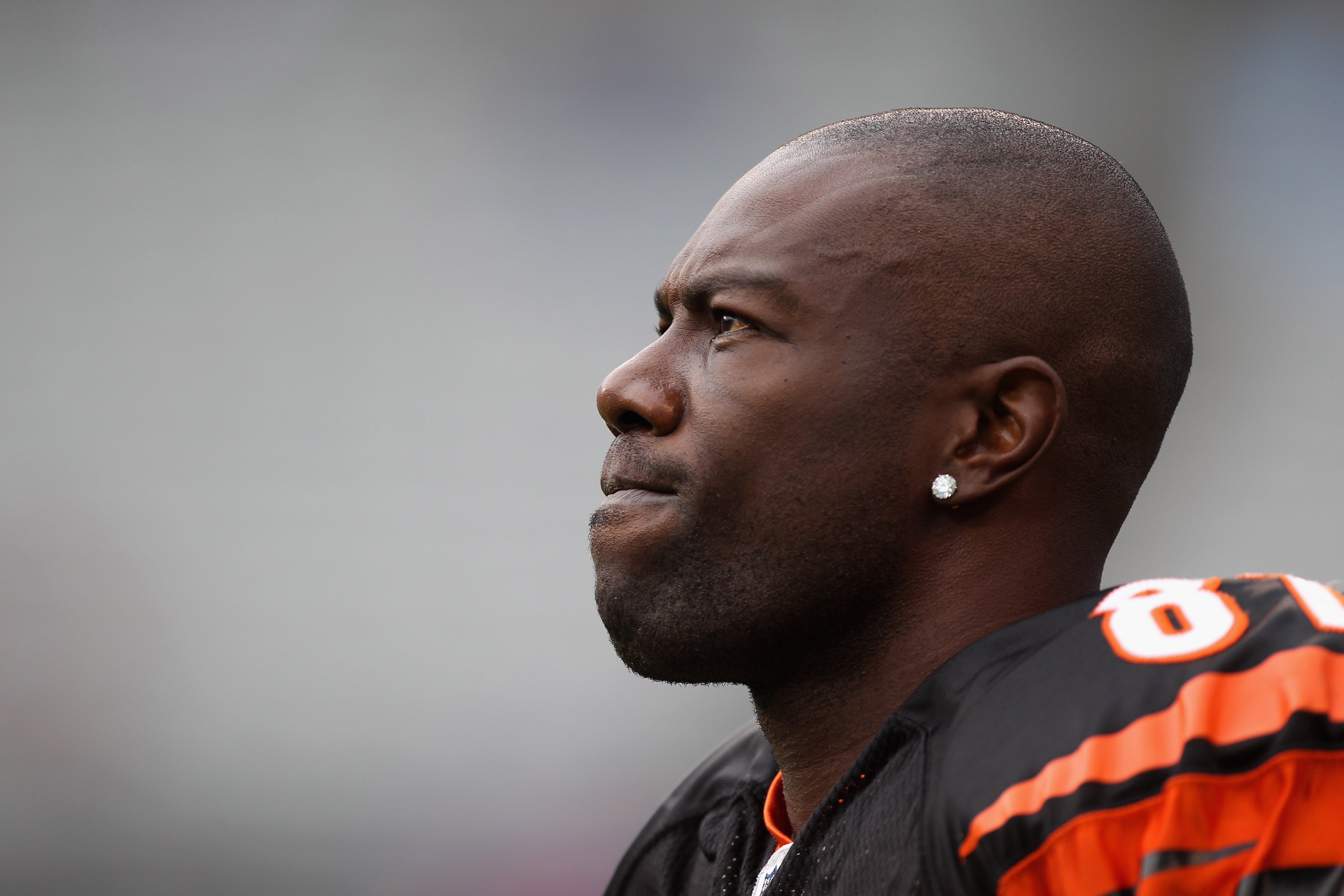 Terrell Owens is one of the greatest receivers of all time and I think its ridiculous at how low he was ranked on this list.

Sure, he's missed a step. I mean what can you expect, he's 37? Regardless, last year, he was ranked 11th amongst receivers in touchdown receptions with nine despite missing two games.

At some point, I honestly feel bad for him and what his negative perception has done for his image and legacy as a player. Yeah, it's his fault but a lot of this has been blown out of proportion.

Note, he's the only Bengal in the Top 100 yet he's likely on his way out. It just goes to show how character can trump talent and being a nuisance in the locker room can be your ticket to unemployment.