Jose Bautista and the 20 Best Late Bloomers in MLB History 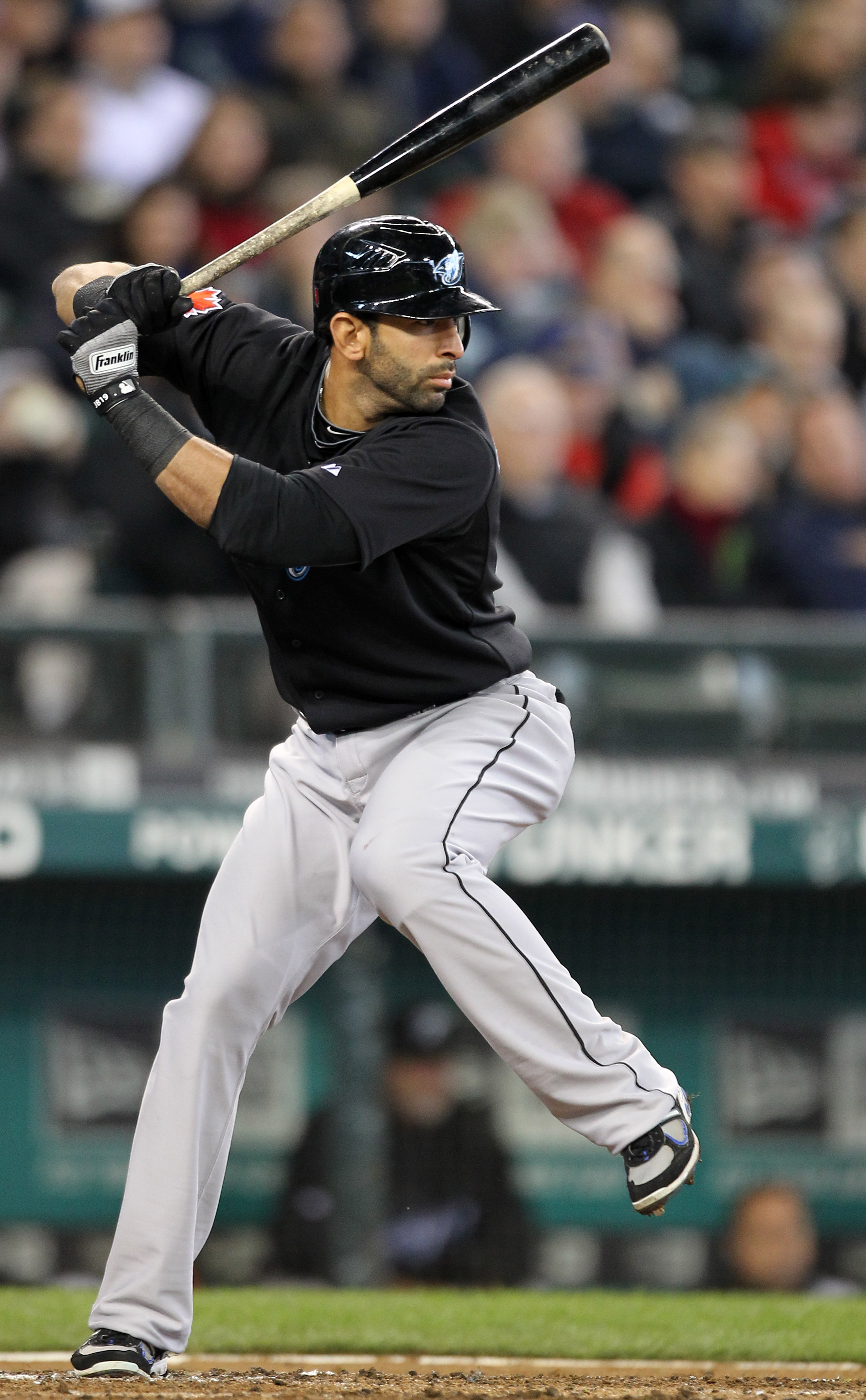 What exactly is a late bloomer in regards to baseball?

Well, in my opinion, it's someone that didn't start to have productive years at the major league level until they turned 28 years old or older.

It can be someone that toiled in the minor leagues for years and finally got their shot at "The Show" and made the best of it, or it's someone who was basically a role player, but then all of a sudden, they turned it on when they "got old" and started having MVP-type years.

It was hard to find late bloomers from baseball's early days; players were either good right from the start, or they weren't around long enough to turn it around.  Once the minor leagues started, players were given more of a chance to develop, so a chance for a late bloomer increased.

The rise of the Steroid Era drastically increased the number of late bloomers in baseball.  Older players all of a sudden started having Hall of Fame careers while doing nothing earlier in their careers.

In order to be in this list, the player could not have been in consideration for any award before they turned 28 or have any "black ink" in key categories on their Baseball-Reference player page before the age of 28.

While there may be others, here's who I think are the 20 best late bloomers in baseball history, in no particular order.  Some may surprise you. 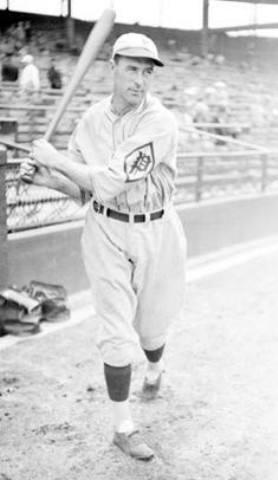 Lefty started his career as a pitcher, but injuries caused him to be converted to an outfielder.  He would bounce between the San Francisco Seals of the Pacific Coast League and several major league teams until the age of 31. 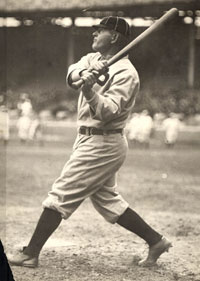 From the age of 32 through the age of 35, Gavvy constantly led the league in HRs, RBI, OPS, OPS+ and Total Bases. 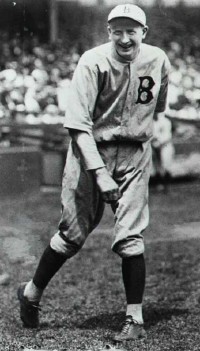 Dazzy Vance is one of several Hall of Famers in this list.

It wasn't until Dazzy was 31 years old when he started down the path to the Hall of Fame.  That was the first of seven consecutive years he led the league in strikeouts.  He also won the pitching Triple Crown and MVP in 1924 at the age of 33. 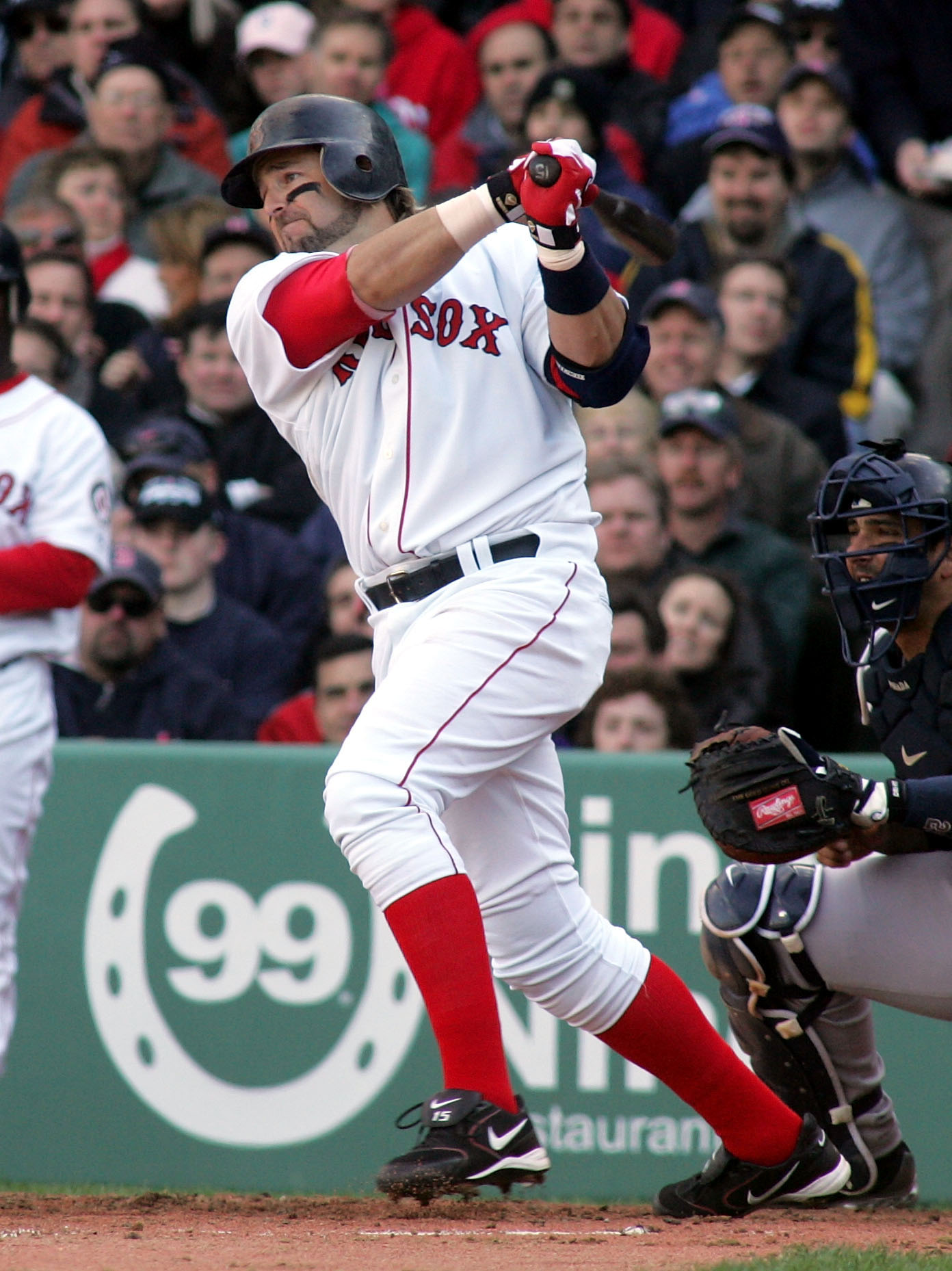 Kevin Millar began his career with the St. Paul Saints of the Independent League and was a replacement player in 1995.  He toiled in the minor leagues for the Florida Marlins until 1998.

While he isn't in the same class as the other players in this list offensively (he only led the league in one category, in one season, Hit by Pitch), he is the perfect example of what a late bloomer is.  He kept at it and managed to have a productive career for 12 seasons (10 of which came after he turned 28). 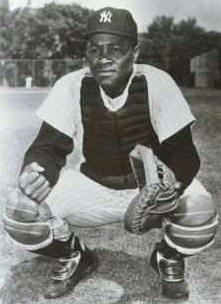 There were several reasons Elston Howard was a late bloomer.  First, he graduated high school in 1948 (the year after Jackie Robinson broke the color barrier in baseball) and elected to play in the Negro Leagues instead of going to college.  Then in 1950, he was signed by the Yankees as a catcher, but the Yankees already had a catcher named Yogi Berra.

Elston played in the minors until 1955 (he was 26 years old), but with Yogi Berra winning his third MVP that season and the Yankees being stacked in the outfield and first base, Elston got very little playing time.

Elston was one of the best defensive catchers in history but simply had to wait for one of the greatest catchers in baseball history to retire before finally getting his chance. 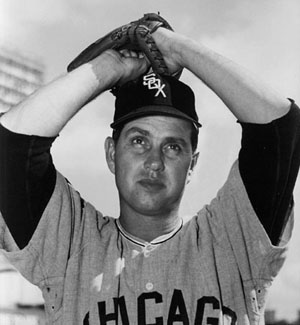 Hoyt Wilhelm bounced around the minors for five seasons before finally making his major league debut at the age of 29 in 1952.

Over the next 21 seasons (yes, he played till he was almost 50 years old!), all he did was become one of the best relievers in baseball history and a Hall of Famer.

When you think of knuckleballers, the discussion starts with Hoyt Wilhelm. 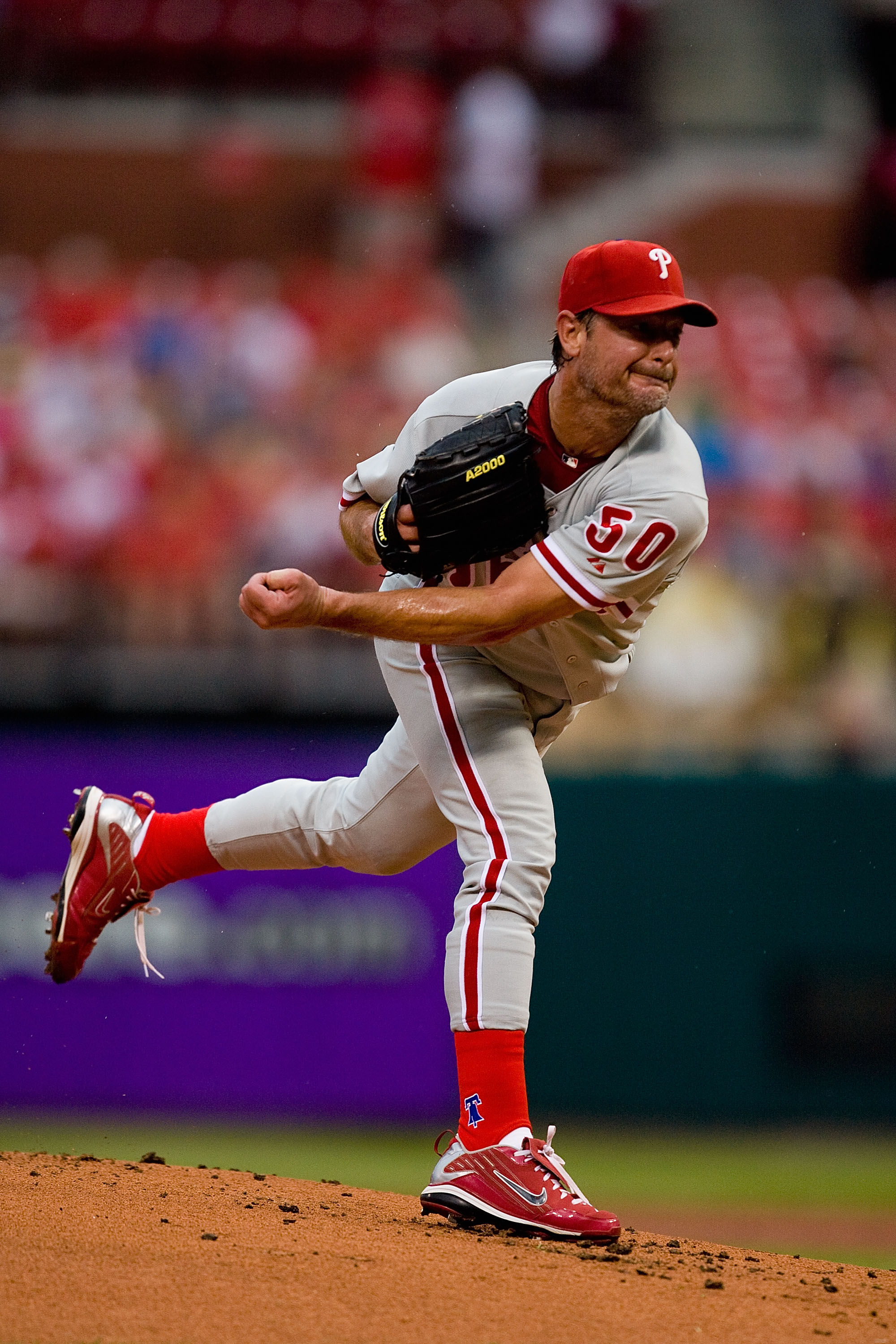 Jamie Moyer pitched for 24 seasons.  However, it wasn't until he turned 36, that he started to garner top-10 Cy Young votes.

Out of his 267 wins for his career, 233 of them came after he turned 30.  While Moyer was never a Hall of Famer pitcher or even among the best in any given year, he seemed to get better as he got older.

Moyer's first career start came against Steve Carlton in 1986, and 24 years later, he became the oldest pitcher to throw a shutout in 2010. 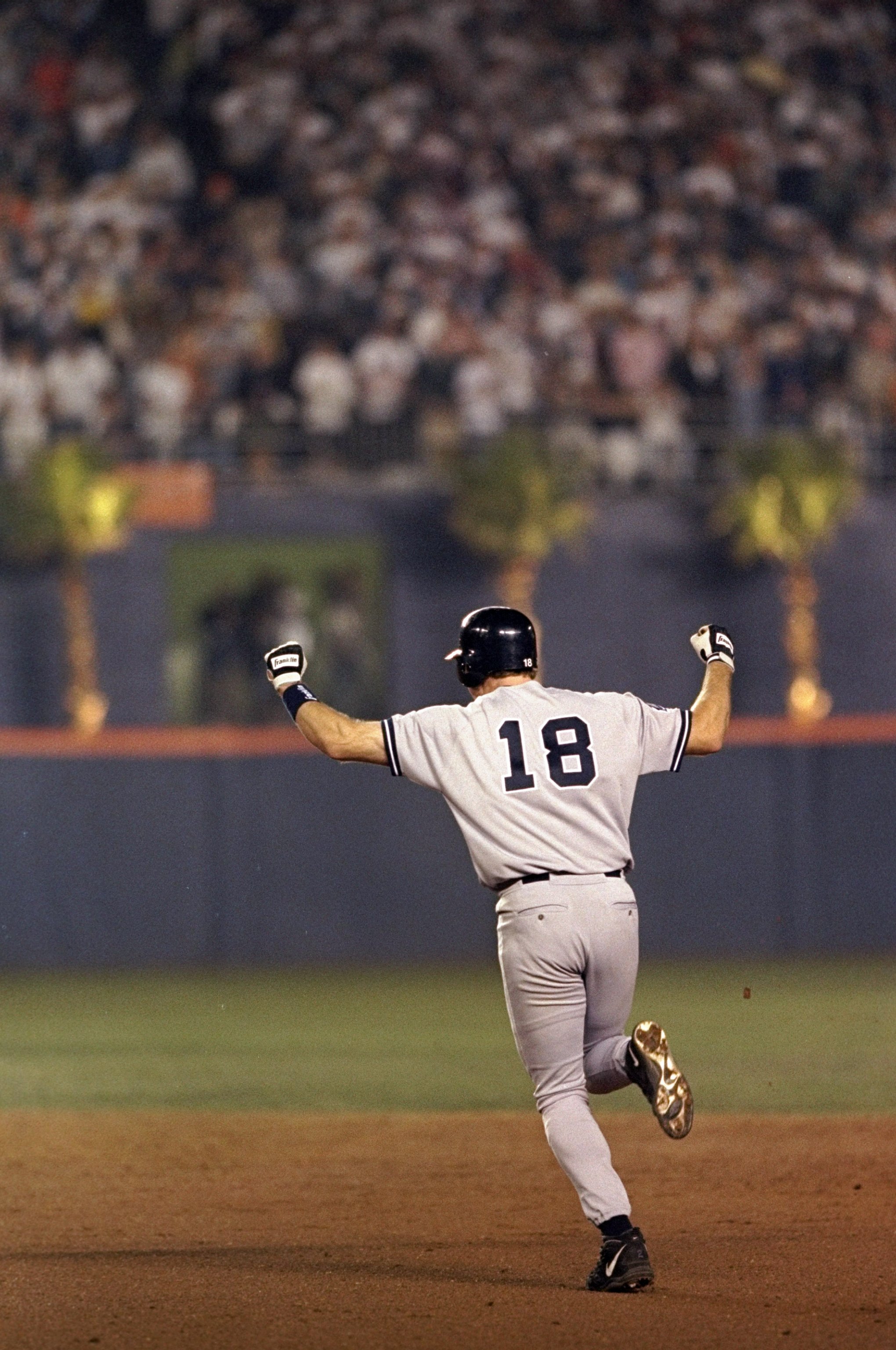 Scott Brosius never led the league in a single category during his 11-year career, and it wasn't until he turned 28 years old that he played in over 100 games in a season.

It wasn't until Scott joined the Yankees in 1998 at the age of 31 that he finally shined.  The 1998 Yankees are one of the best teams in baseball history and who won the World Series MVP for them in 1998?  It wasn't Derek Jeter, Bernie Williams or Mariano Rivera.

It was Scott Brosius. 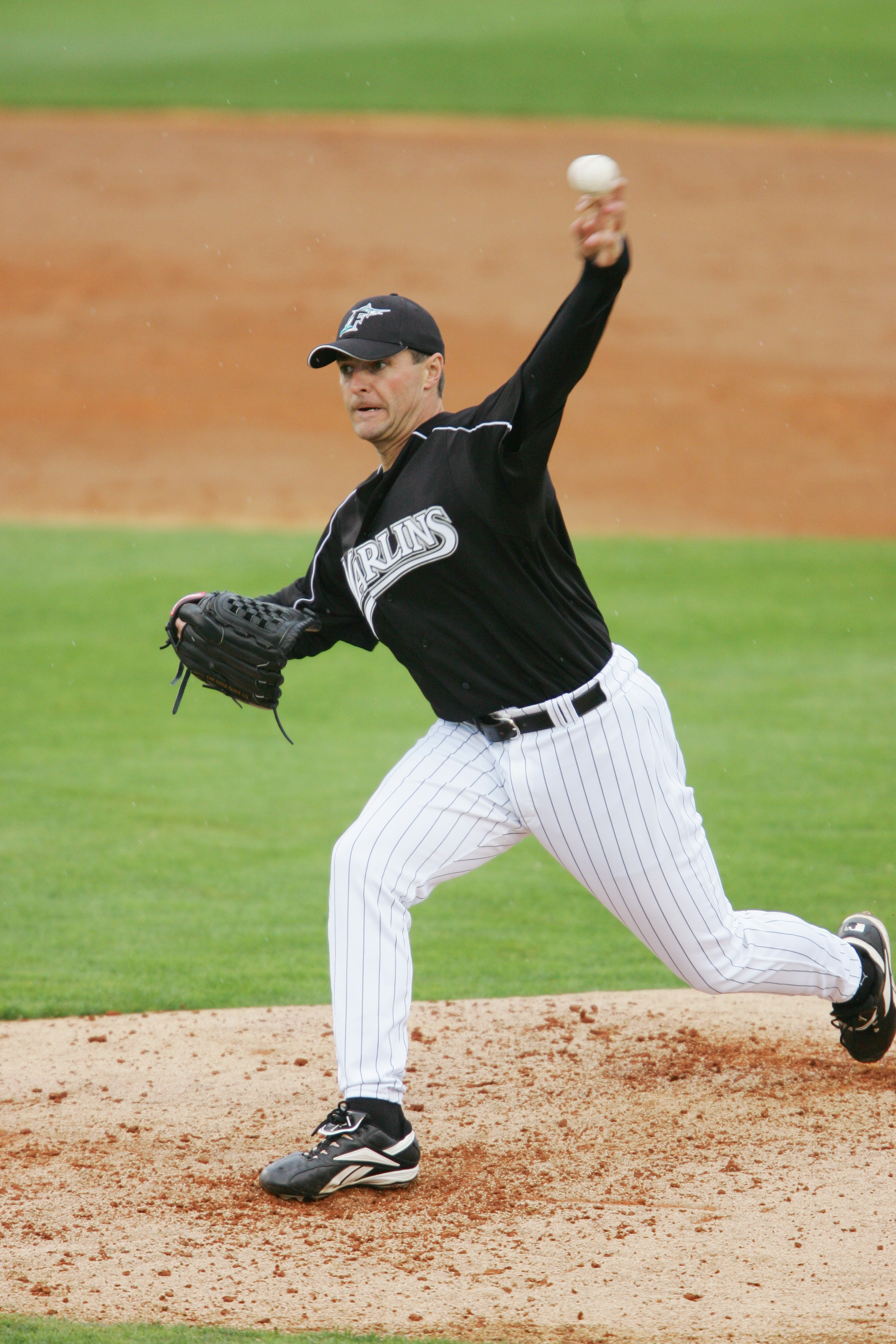 Al Leiter pitched for 19 seasons in the major leagues.  It wasn't until he was 29 years old that he finally won more than nine games in one season.

Al didn't make an All-Star game or finish in the top-10 for Cy Young voting until he was 30 years old. 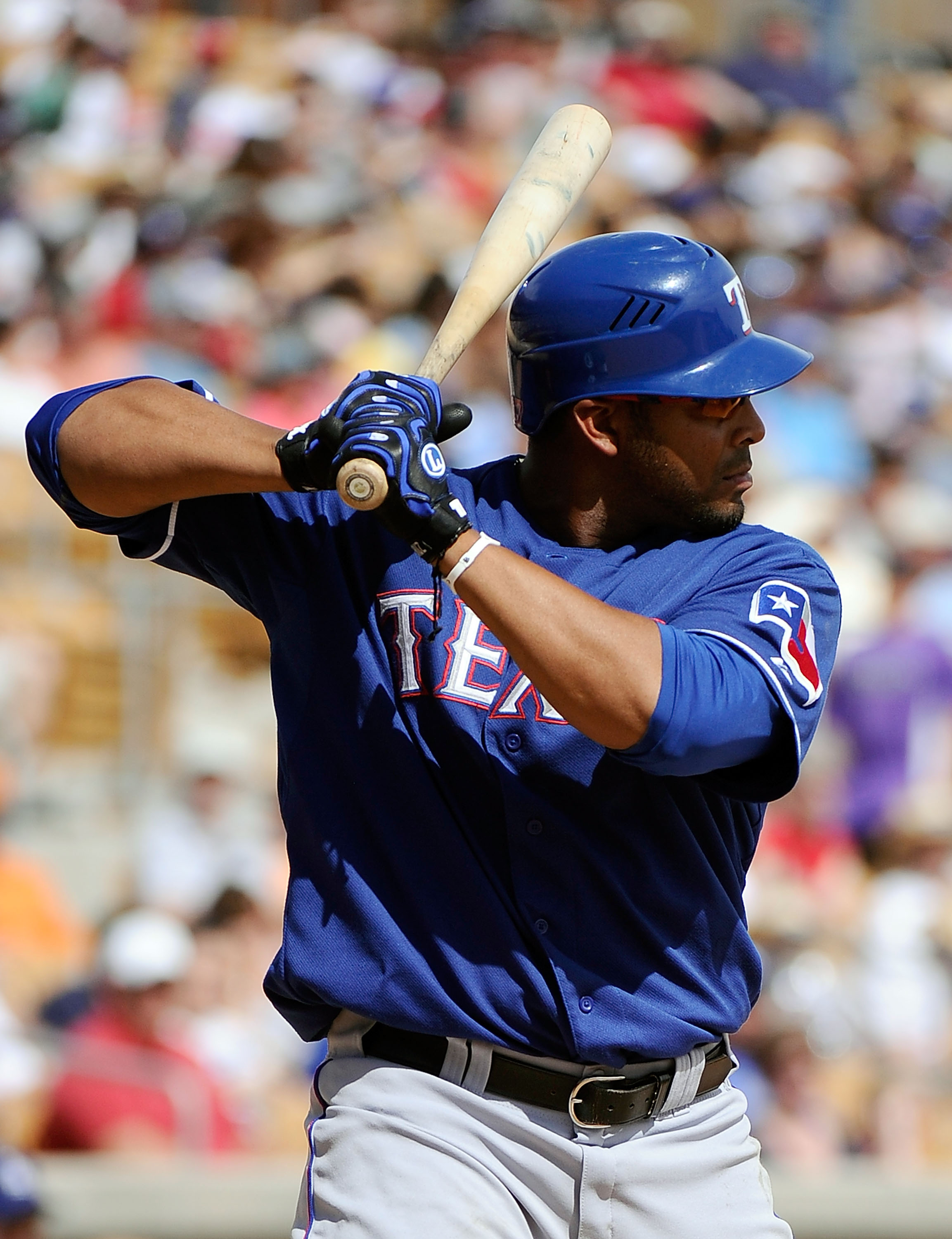 While Cruz has just entered his "late bloomer" stage, he has become one of the Rangers' best power hitters and only time will tell if he can continue his recent improvement. 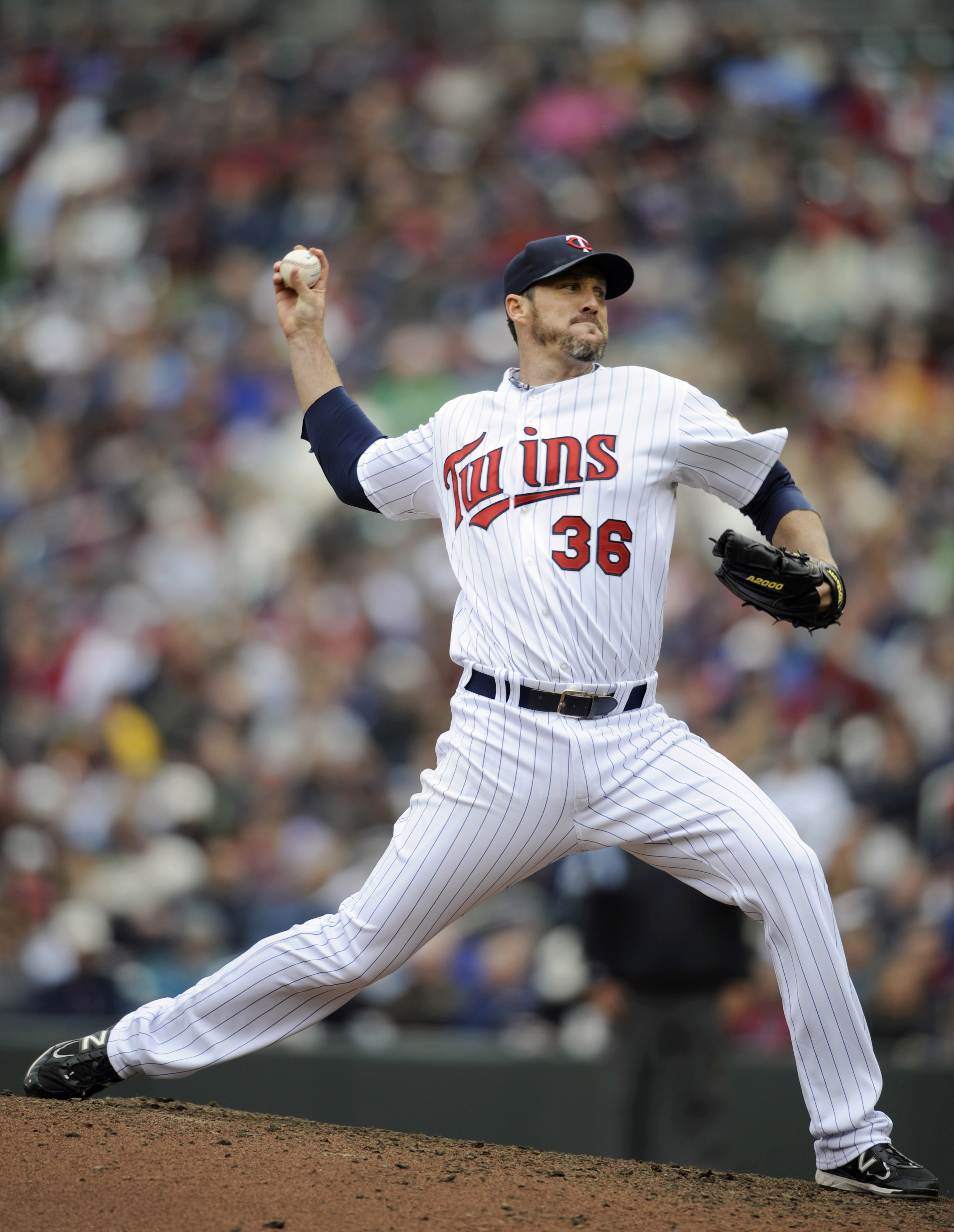 This was one of the biggest surprises in this list to me because I didn't realize that Nathan is 36 years old.

Joe Nathan started his career as a starter but was converted fully to a reliever in 2002 at the age of 27.  It wasn't until 2003 (the age of 29) when he was traded to the Minnesota Twins and made their closer that he found success.

Since becoming the Twins' closer, Nathan has been one of the best closers in the league with 249 saves (counting 2011).  What's even more amazing is he missed the entire 2010 season and still has that many saves.  Also, as a closer, his ERA has been higher than 2.10 once and his WHIP has been above 1.000 once.  That's exactly what you want in your closer—don't allow baserunners and don't allow runs.

His 2011 season hasn't been very good so far, but I chalk that up to missing the entire 2010 season due to Tommy John surgery. 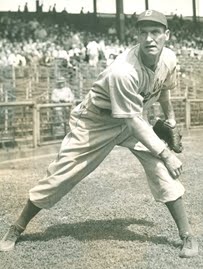 Curt Davis didn't make his major league debut until 1934 at the age of 30.

For someone who didn't make their big league debut until the age of 30 and was able to pitch until he was 43 years old, it makes you wonder what his career might have been like if he only blossomed sooner. 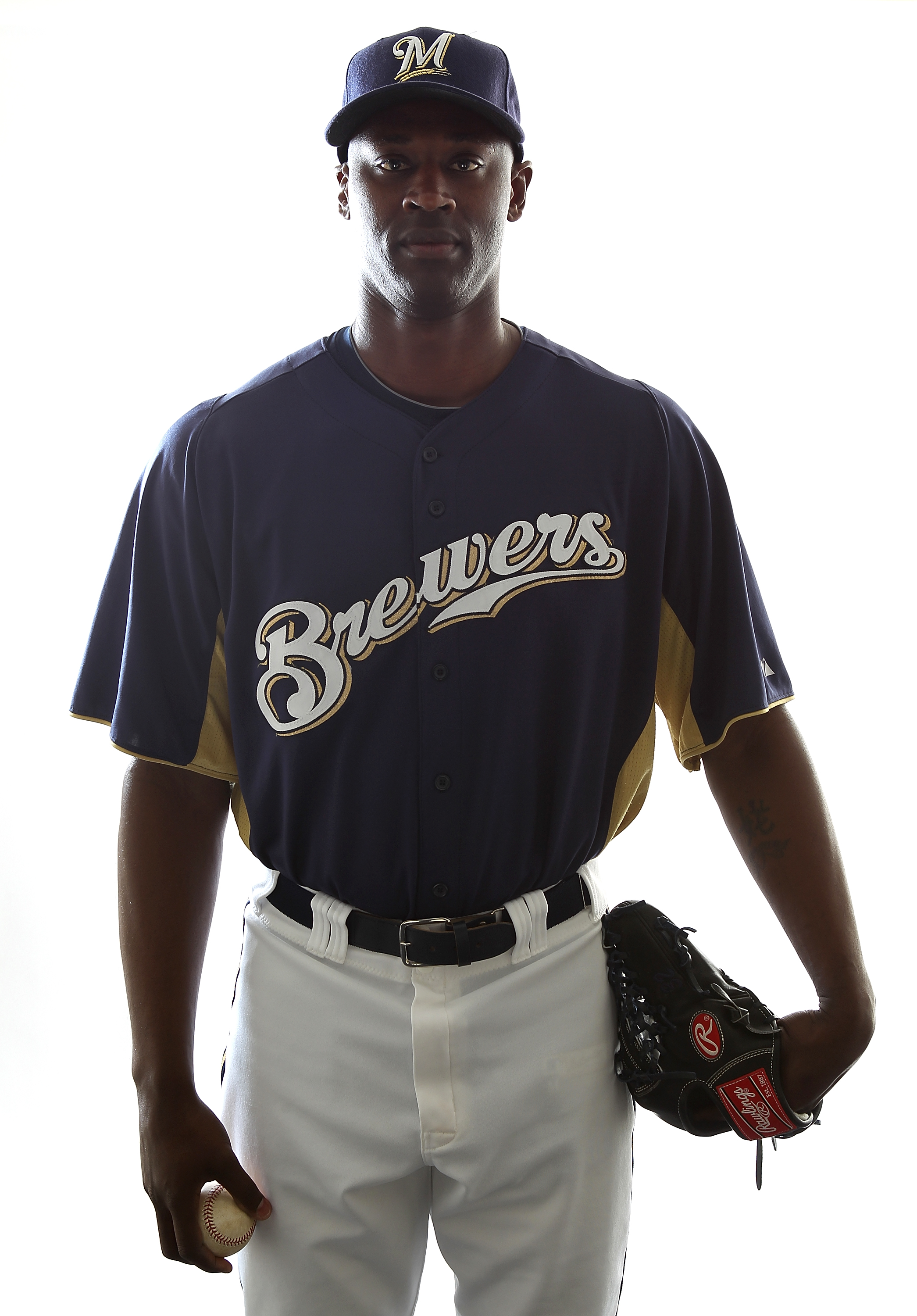 Latroy Hawkins is another converted starter on this list.

For the first five years of his career, Latroy was a starter, but he wasn't very good.  It wasn't until he was made a closer/reliever that he found his niche.

At the age of 28, he saved 28 games for the Minnesota Twins.

While no one thinks Hawkins is a great pitcher, he's proof that you can succeed later in life; you just first have to find what you're best at, and in Hawkins' case, that's coming out of the bullpen and not starting games. 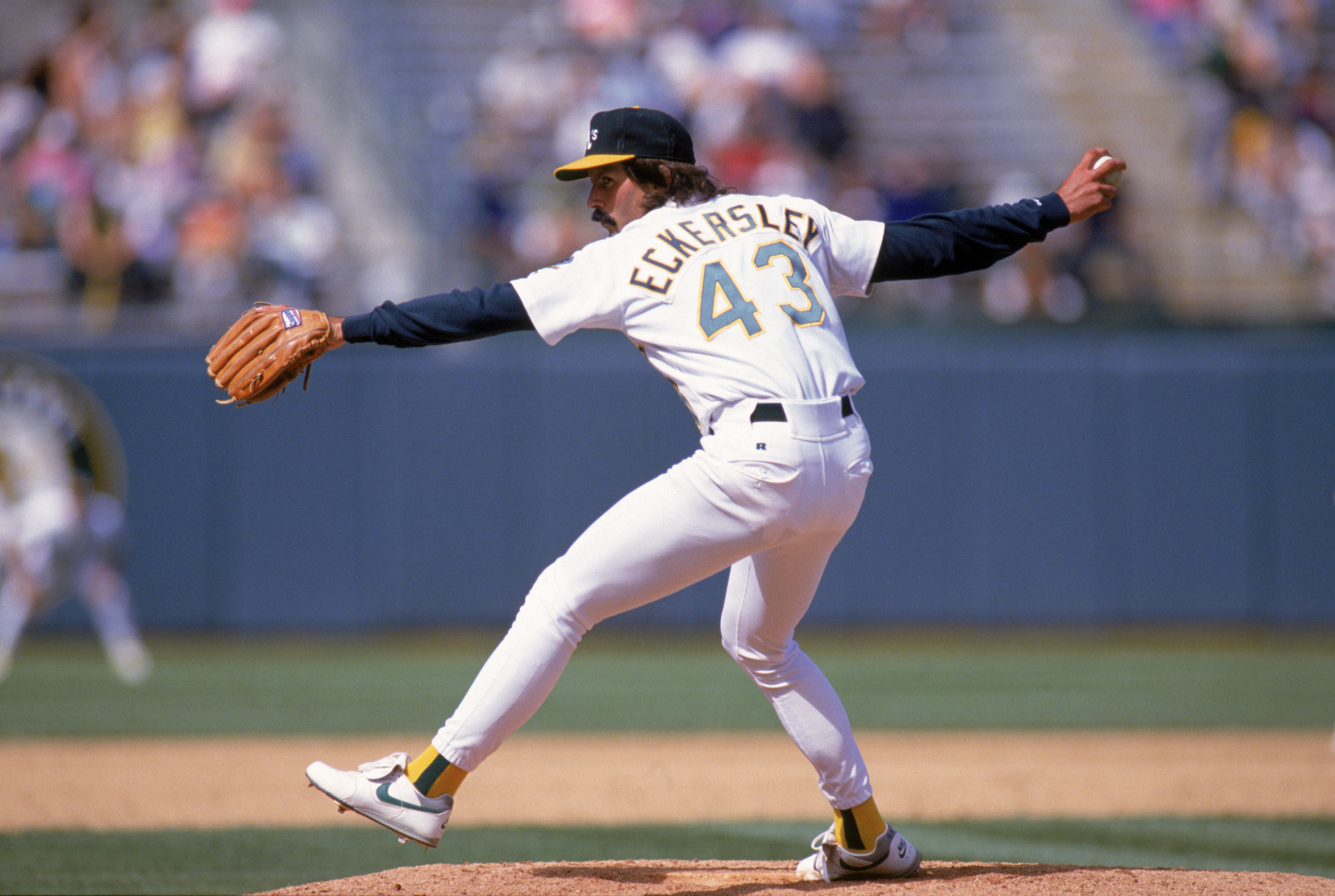 Dennis Eckersley began his career at the age of 20 as a starter.  It wasn't until he got to the Oakland Athletics in 1987 at the age of 32 and made a closer did he truly shine.

The goal of any team when they convert a starter to a closer is that the move ends up with the player becoming Dennis Eckersley. 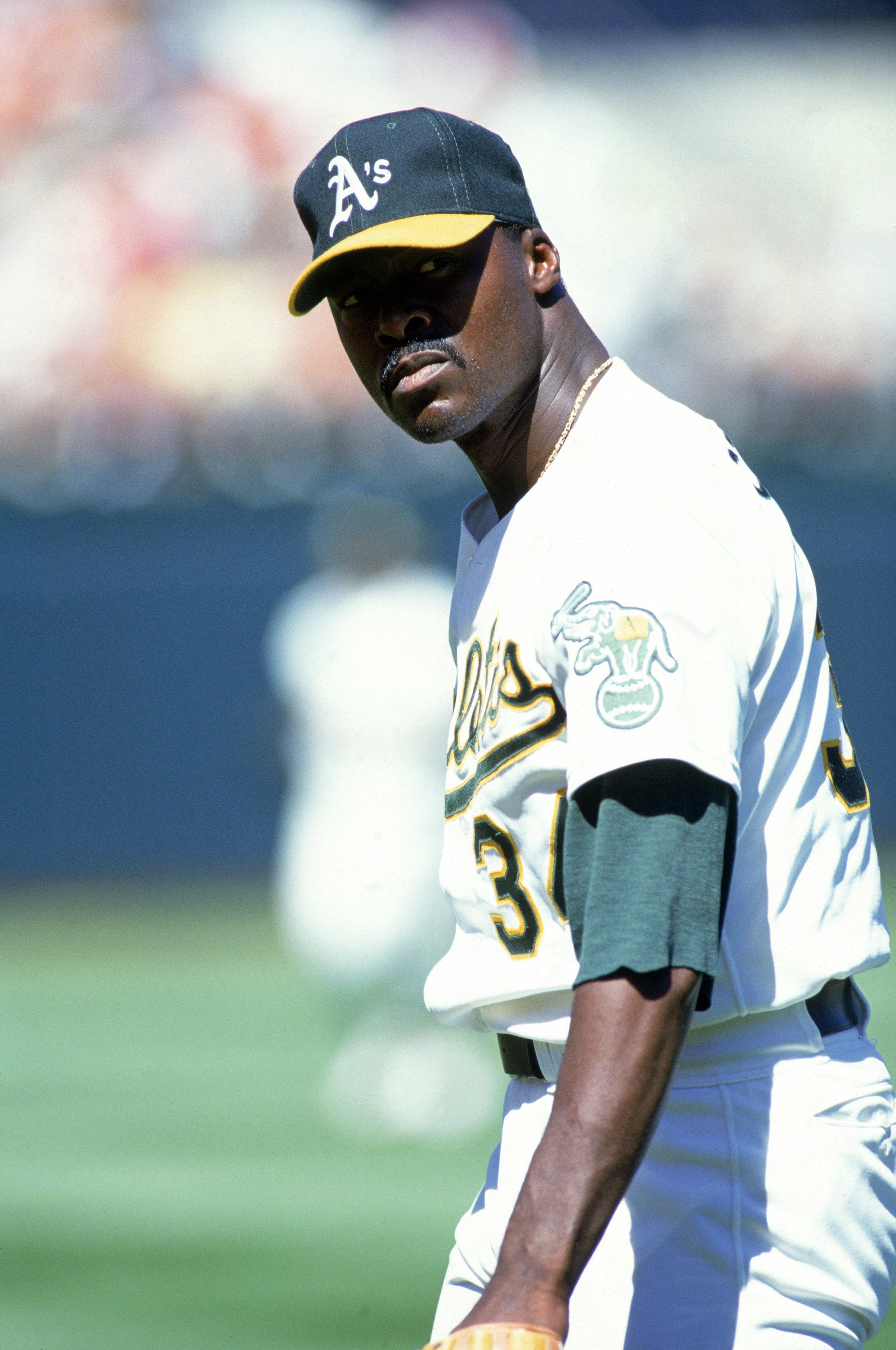 While most closers in baseball are failed starters, Dave Stewart took the opposite approach.  He was mainly a reliever until the Oakland Athletics made him a full-time starter at the age of 30 in 1987.

Stewart's best years were from the ages of 30 through 33, and all it took was to be given the chance to start instead of coming out of the bullpen. 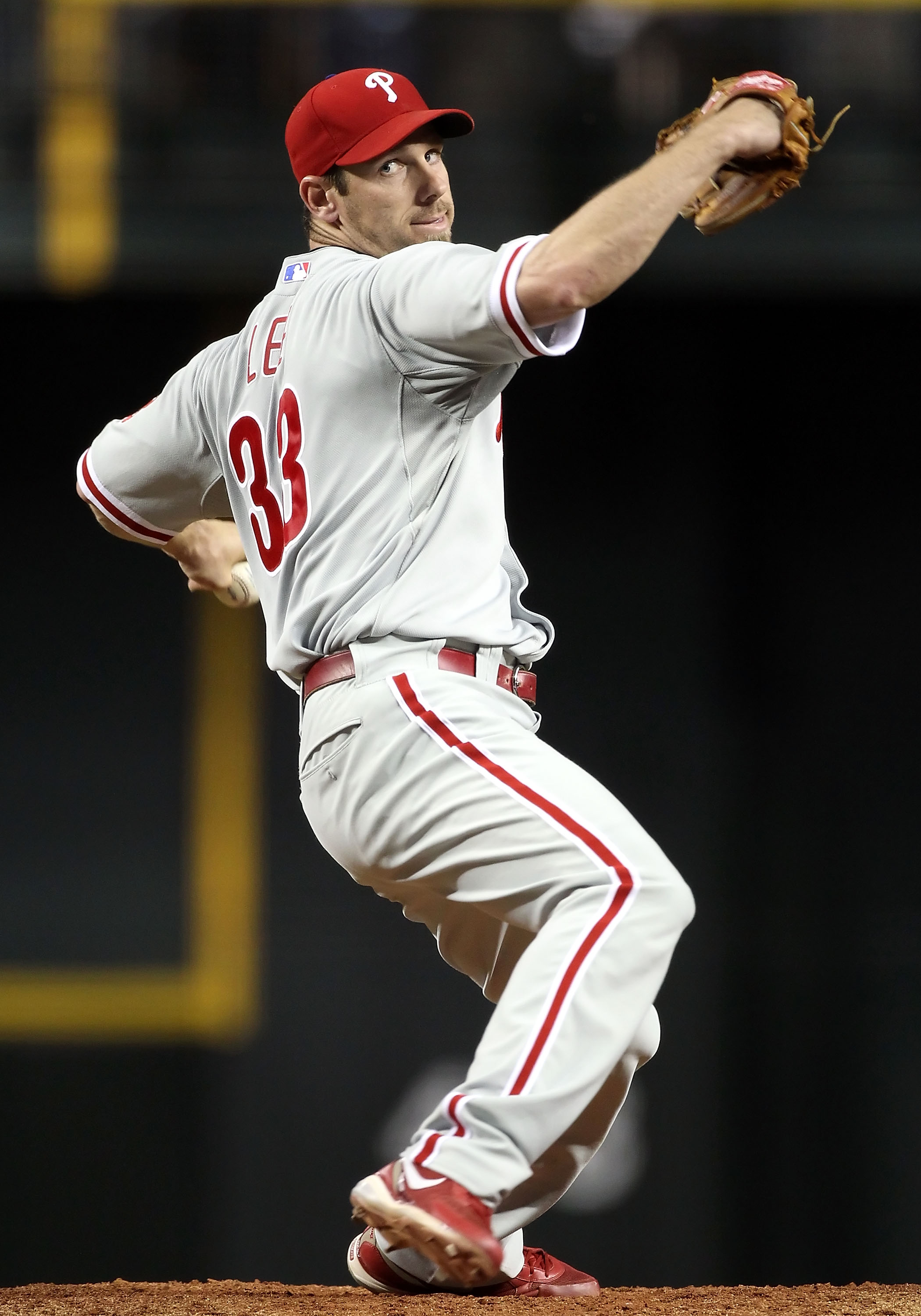 I wasn't going to include Cliff Lee in this list because at the age of 26 in 2005, he had a fantastic season and finished fourth in Cy Young voting.  However, after that season, he tailed off and was even sent down to the minors in 2007 at the age of 27.

While Cliff Lee's regular season numbers since then are good to very good, it's October when Lee has really shown his greatness.  In his only two seasons playing in October (at the ages of 30 and 31), he has gone 7-2, with a 2.13 ERA, a WHIP of 0.816 and thrown three complete games. 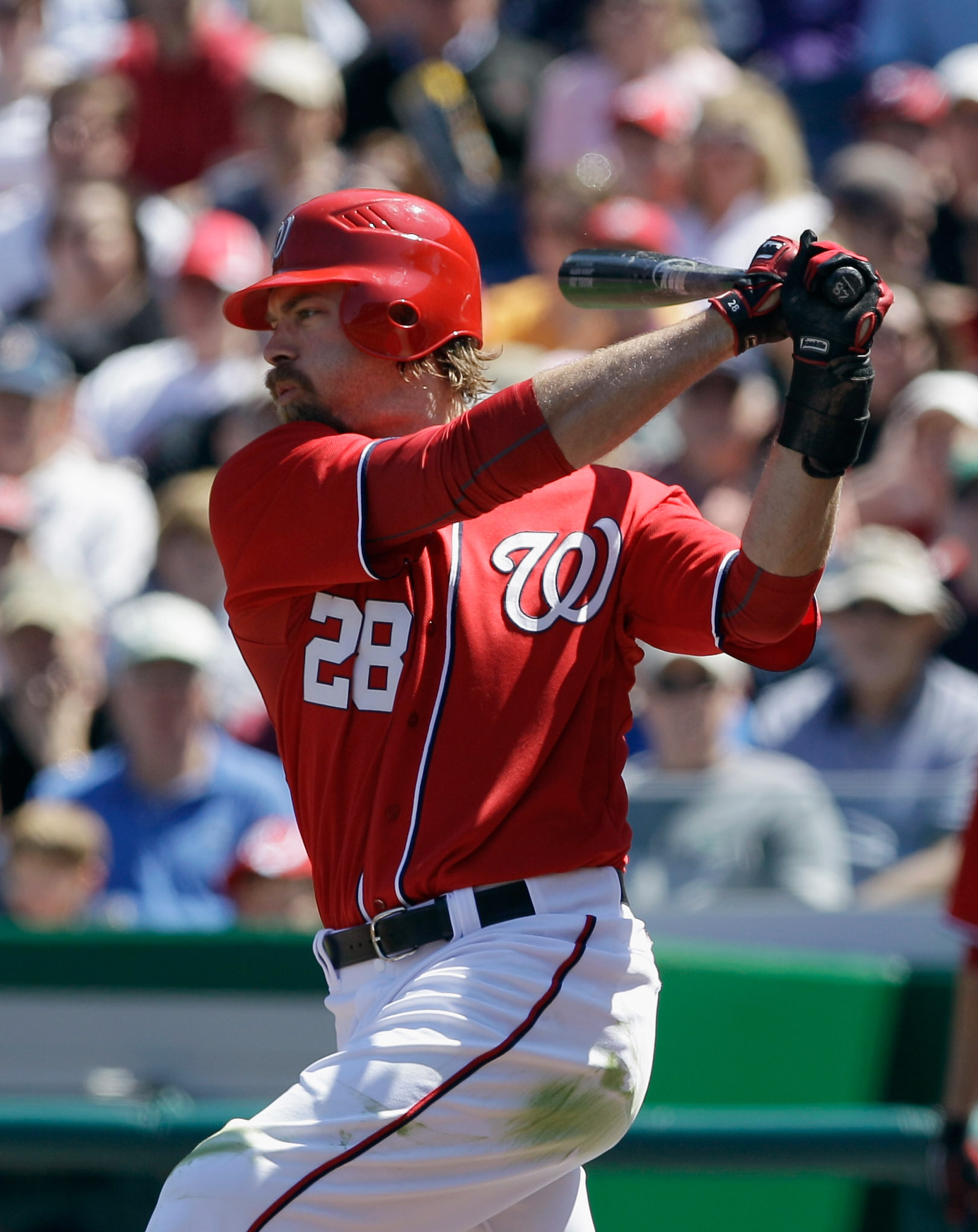 Jayson Werth's career didn't take off until the age of 28 in 2007 for the Philadelphia Phillies.

This past offseason, Werth signed a seven-year, $126 million contract with the Washington Nationals. 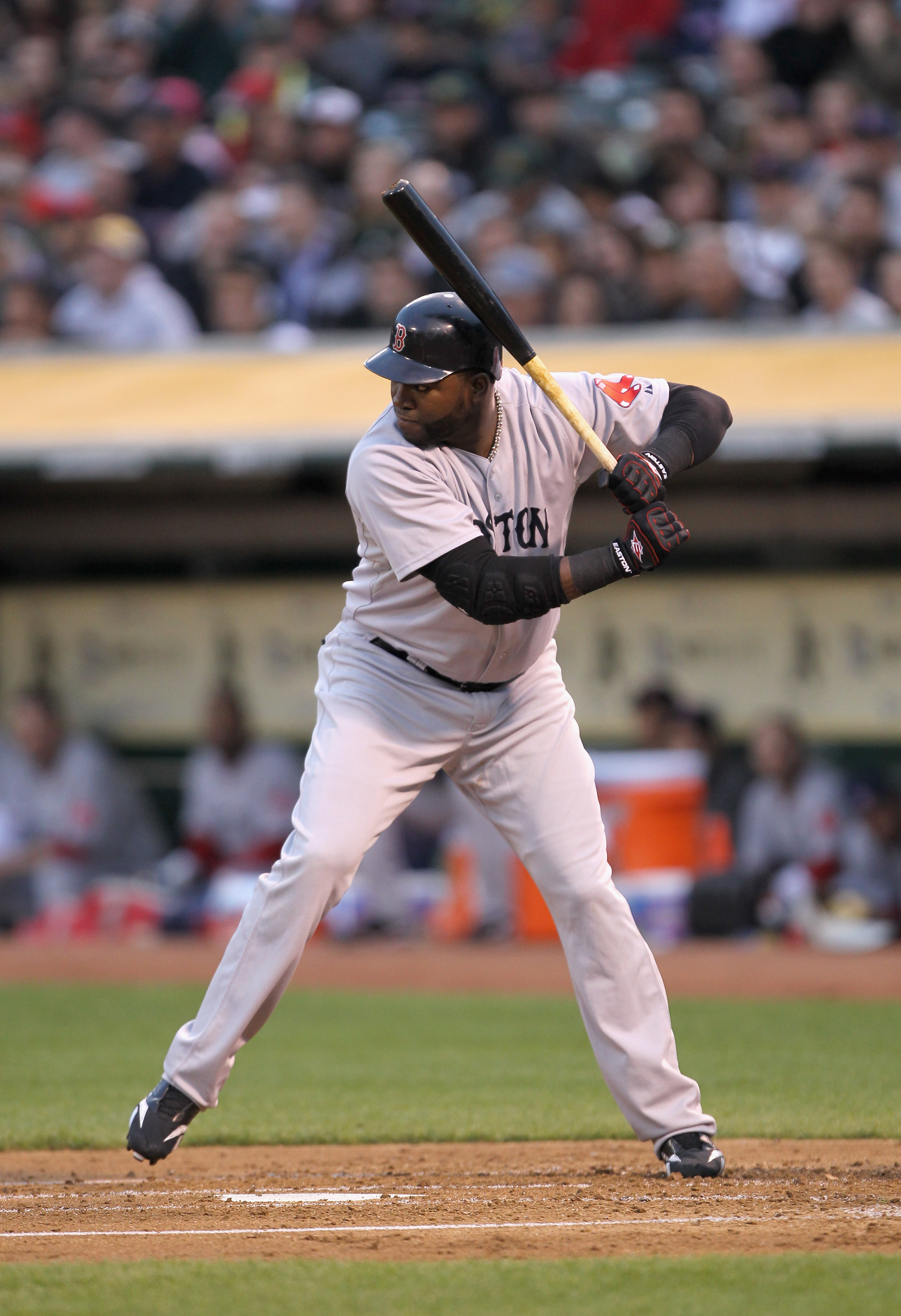 David Ortiz' career didn't start off too well.  He wasn't seeing much playing time for the Minnesota Twins and was released in 2002.

The Red Sox signed him for the 2003 season at the age of 27, and all Ortiz has done since then is become one of the best designated hitters in baseball history.

Ortiz' best season was at the age of 30 in which he finished second in MVP voting with 54 HRs and 137 RBI.

Once Ortiz finally got a shot to play everyday when he got to the Boston Red Sox, he showed just how dangerous a hitter he could be (whether it was because of PEDs or something else is a discussion for another article). 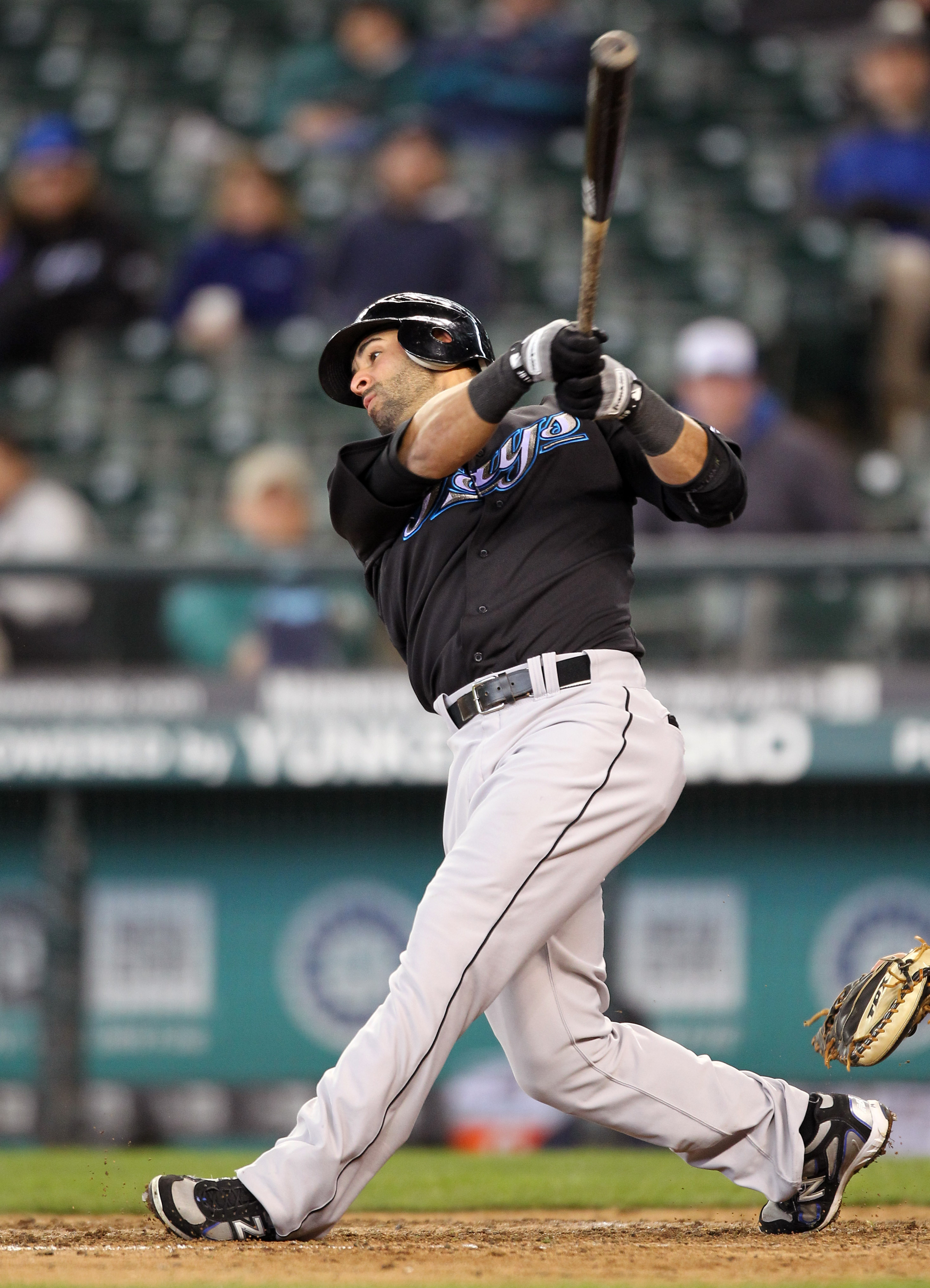 In 2011 so far, he's leading the league in batting average, OBP, Slugging percentage, OPS, OPS+, Total Bases, HRs and runs scored.  He's basically become one of the most dangerous hitters in the game at the age of 30.

Pretty impressive for someone who basically was used solely as a player in trades until he turned 29 years old. 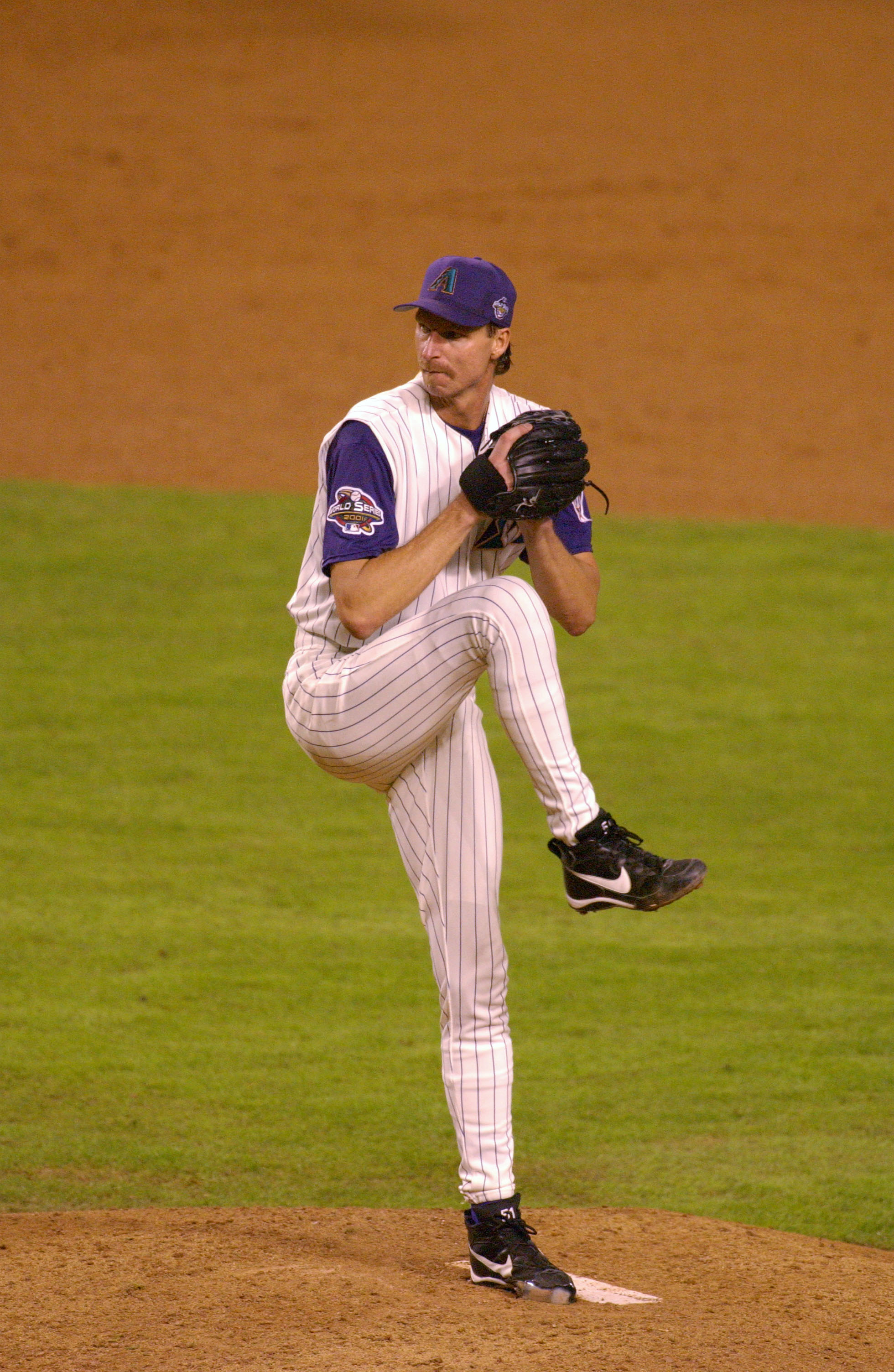 Randy Johnson started his career at the age of 24 with the Montreal Expos.  A year later, he found himself on the Seattle Mariners.  For the first six years of his career, Randy had zero control to go along with his fastball and slider, resulting in a WHIP that was consistently over 1.300.

At the age of 29, the 6'10" monster left-hander learned control, and baseball was never the same.

From the age of 31 in 1995 till the end of his career at the age of 45 in 2009, Randy would win five Cy Youngs and became arguably the greatest left-handed pitcher in baseball history.

In my opinion, Randy Johnson is the greatest late bloomer in baseball history.

Rich is a MLB and New York Yankees Featured Columnist on Bleacher Report.  You can also follow him on Facebook and  Twitter.  Have a question or comment?  Why not send him an email?  Also, get inside Rich's head in his Diamond Thoughts or see what he and Matt Strobl have to say when they cover All the Bases.