2011 NFL Draft Grades: Grading Every Trade Made on Day 2 of the NFL Draft 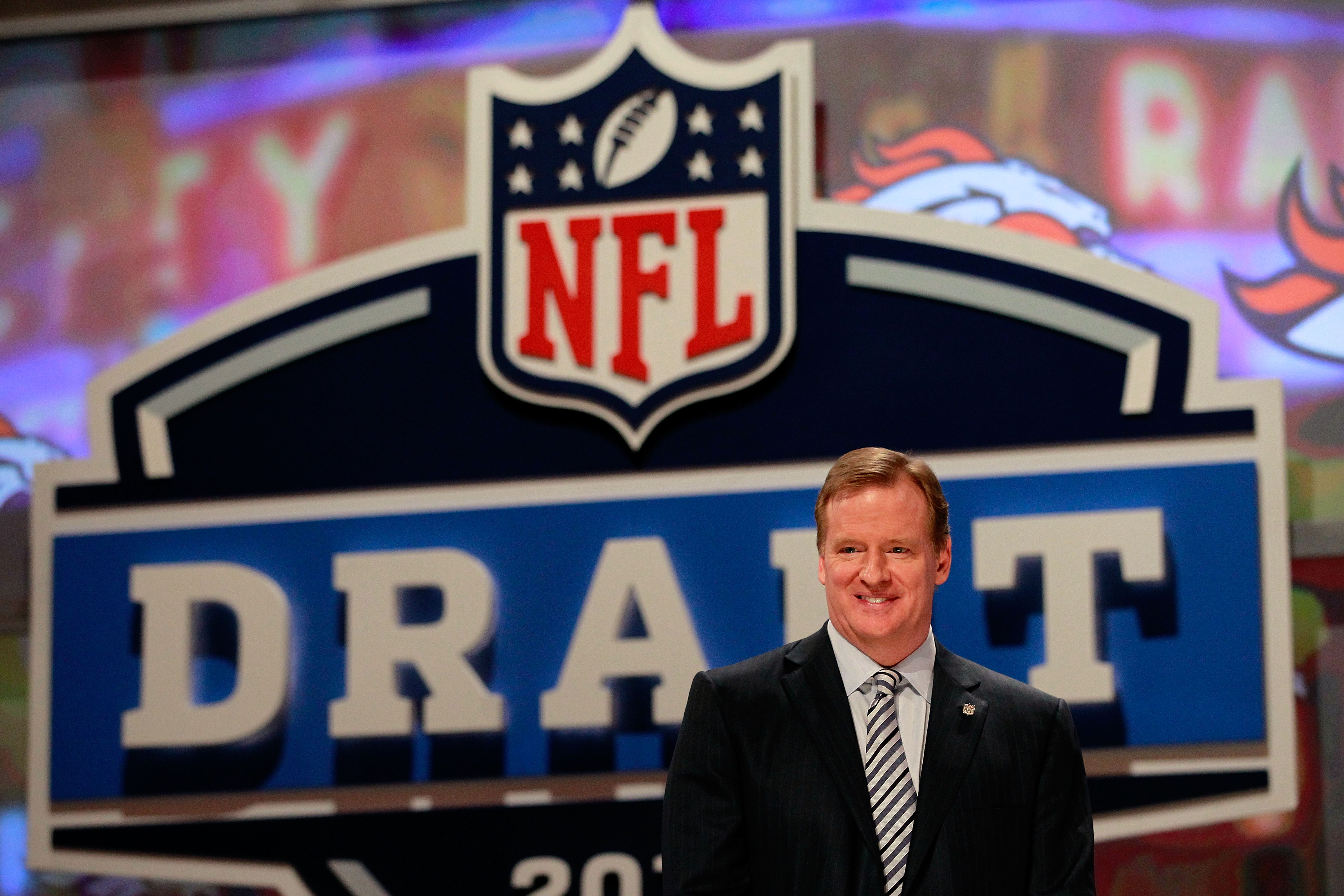 If the second day of the 2011 NFL Draft was any indication, the draft boasted enough mouth-watering prospects that general managers were okay with auctioning off their draft futures to pounce on that one guy they just couldn't bear not to wear their uniform.

And then again, maybe the Washington Redskins saw absolutely nothing they liked as they repeatedly traded down and stockpiled a surplus of mid- and late-round picks.

Sometimes it works out. Others the knee-jerk maneuvers cripple their rebuilding or restocking efforts by putting entirely too much stock in one player.

So who were the savviest general managers who plundered picks or prospects the best off of their adversaries?

School's out and the grades are in. Let's see who passed.

The 49ers traded up to fill a hypothetical need. Yes, they need a quarterback. Embattled former No. 1 pick Alex Smith may or may not be back next season. Options otherwise were relatively limited.

But they, like the Broncos, had plenty of other needs to fill. By most accounts, Colin Kaepernick is still a few years away from being NFL-ready. Have they not learned from the Smith debacle (you know, mobile system-oriented quarterback with flawed mechanics)?

He may develop to be a fine quarterback for San Francisco. But was it worth what the 49ers gave up? Probably not.

Denver, meanwhile, is coming off of a miserable campaign and has plenty of gaping holes. The Broncos moved back to stockpile additional talent, which they did. With the 49ers' second-round pick, they grabbed stud UCLA safety Rahim Moore to boost a struggling secondary. 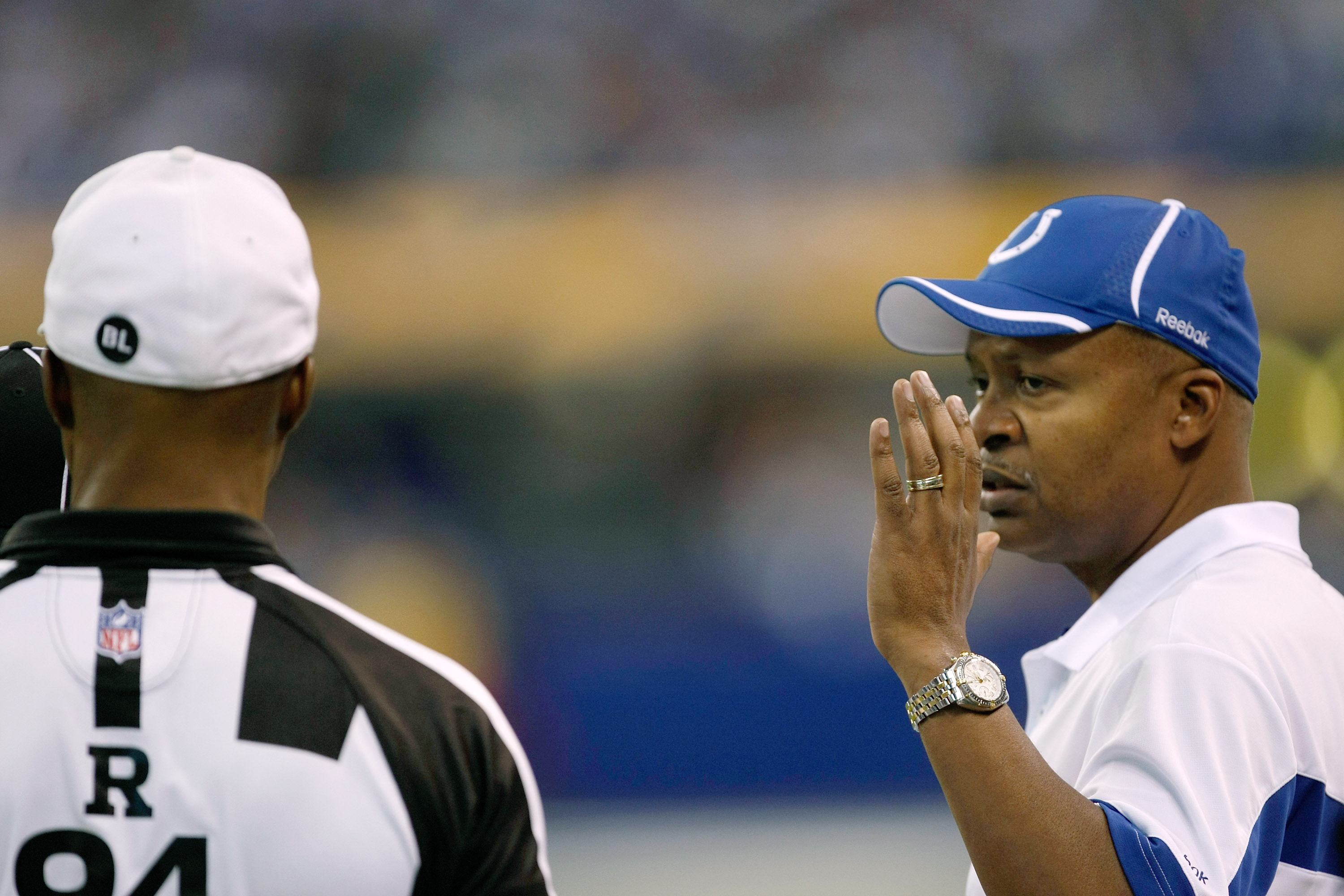 The Indianapolis Colts must have been sick of watching the cornerstone of their franchise, Peyton Manning, on his backside.

So much so that they gave up their fifth-round pick to move up from No. 53 to No. 49 to sellect Villanova’s Ben Ijalana.

Ben Ijalana is a hulking guard from Villanova who excelled in college as a pass-blocker and should immediately shore up the Colts’ unit.

Meanwhile, the Redskins continued to assemble even more picks as they're in line to be the first team since 1995 to have a pick in every round of the draft. 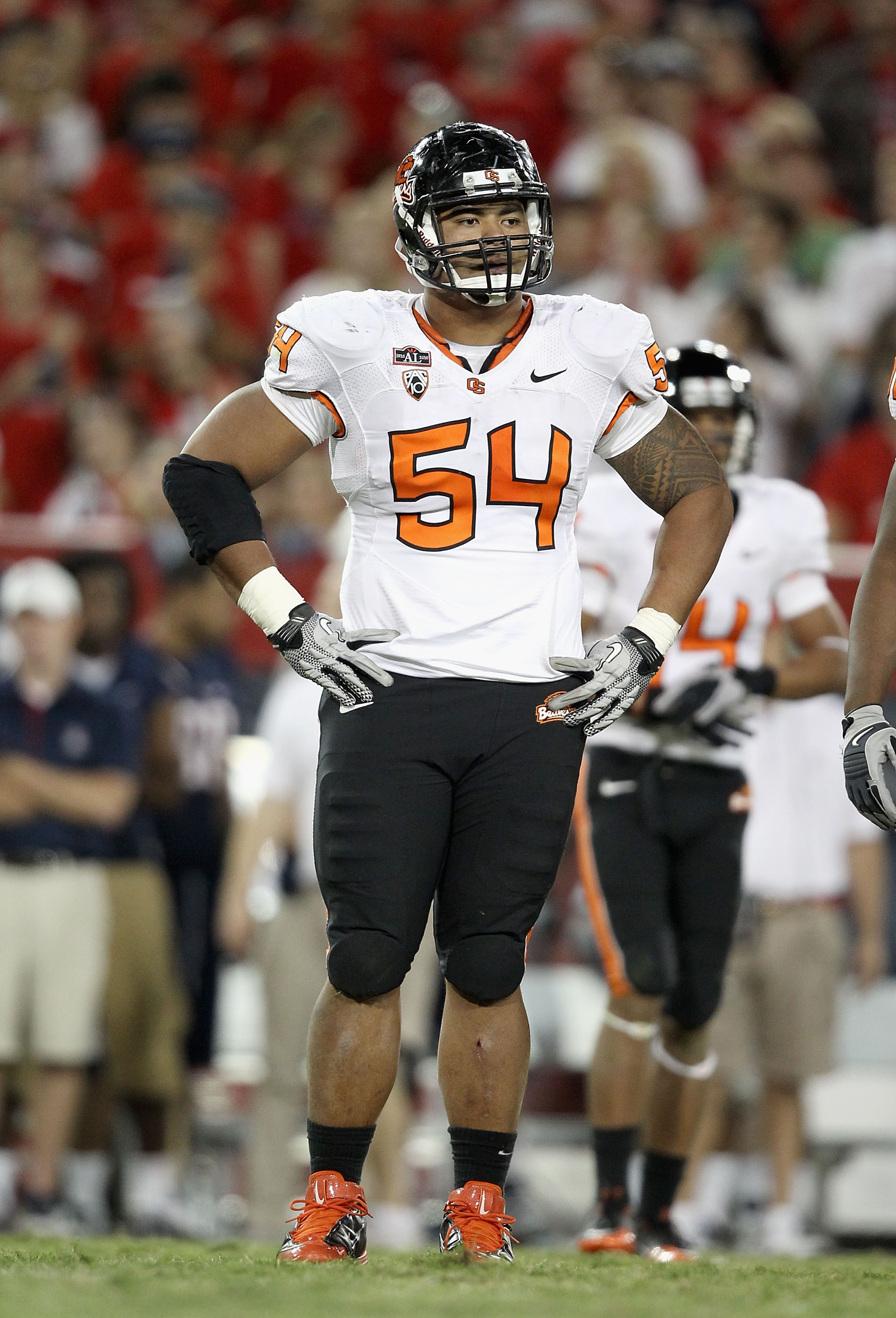 Chicago felt that it is so close to a Super Bowl return that it swapped its second- and fourth-round picks to Washington—which already traded down to the No. 53 pick—to pounce on the massive defensive tackle from Oregon State Stephen Paea.

The Bears had a need at defensive tackle and they’re now hoping that Paea can terrorize the NFC North the same way he terrorized the Pac-10.

Julius Peppers and Brian Urlacher have to be pleased with the havoc Paea has the potential to wreck on the defensive line.

As for the Redskins, they continued to compile late-round picks, as they (so far) have turned their No. 10 overall pick into a first-, second-, fourth- and fifth-round pick.

Detroit Trades Up to No. 57, Seattle, Detroit Swap a Plethora of Picks

Most of the Detroit Lions' recent ballyhooed picks have been who they've snatched up on the defensive line. Now, it looks like the rebirth in Detroit will involve the Lions' own version of "Thunder and Lightning."

The Lions' brass moved up in a swap with Seattle and snatched up bruising Illinois running back Mikel Leshoure.

Clearly, the Lions wanted or needed thunder to complement Jahvid Best's lightning. Now Detroit has a young and extremely talented defense, an all-world receiver in Calvin Johnson, an emerging quarterback in Matt Stafford and a two-headed running back monster in Best and Leshoure.

The two swapped a bevy of picks in late rounds and the Lions may feel the void later on, but this was a solid, solid pick if the Lions are to contend in the suddenly ultra-competitive NFC North.

The Miami Dolphins passed on Mark Ingram to fill their running back need in the first round and plucked the Kansas State workhouse Daniel Thomas after trading up with—you guessed it—the Washington Redskins.

Some thought that Miami was targeting Arkansas gunslinger Ryan Mallett at No. 63, but instead it filled the void in its backfield. And to add to the equation, Thomas, a Wildcat by name at K-State, is familiar with the Dolphins' popular formation.

Still, it remains to be seen whether or not the Dolphins can be effective running when they don't have a quarterback to put the ball in Brandon Marshall's hands. 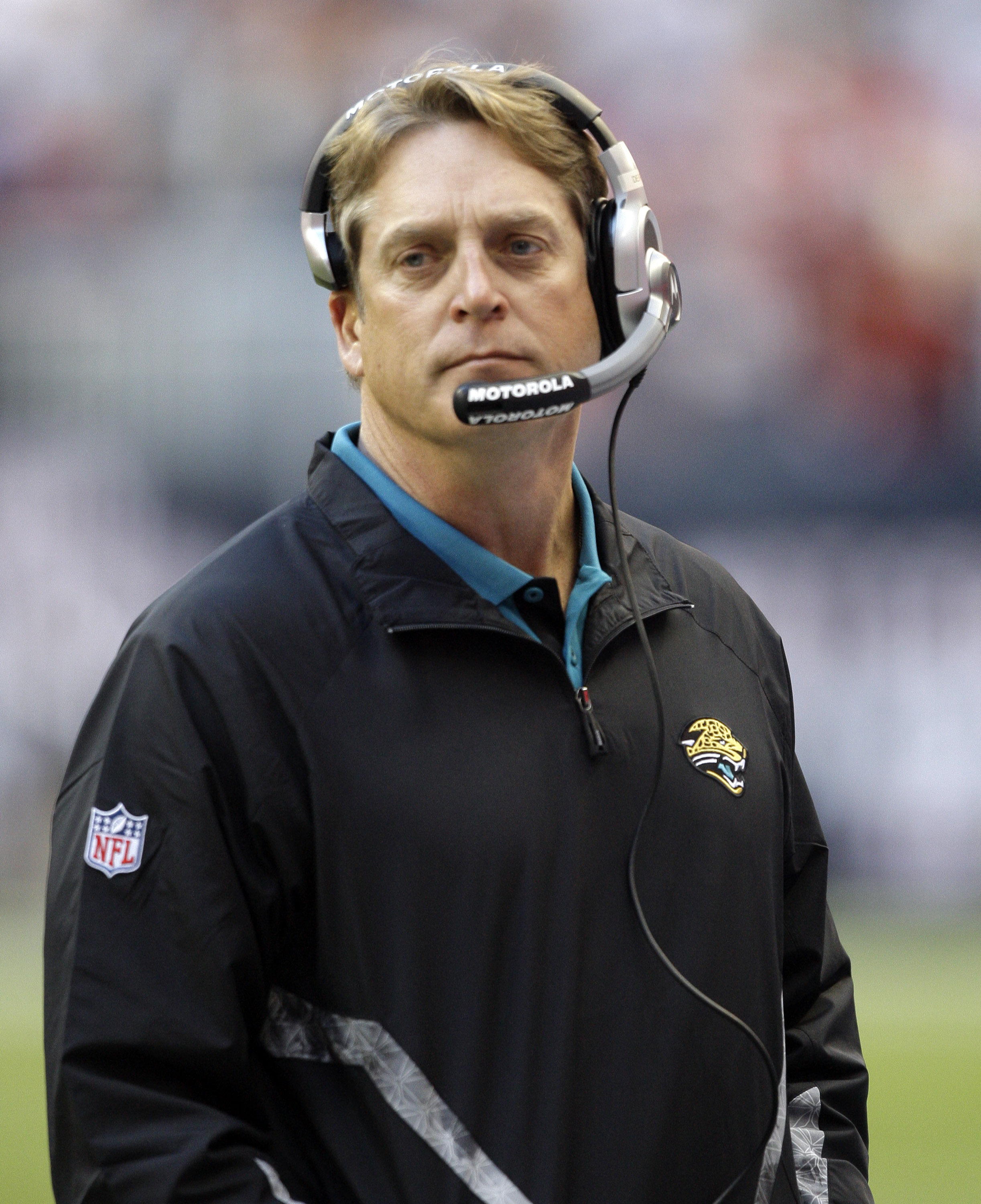 Jacksonville and San Francisco made a minor swap in the second round with the Jaguars moving into San Francisco's No. 76 spot.

Clearly, the Jags had their sights set on versatile, yet relatively unknown, offensive lineman from Lehigh, Will Rackley. Jacksonville's offensive line struggled last season as battering-ram running back Maurice Jones-Drew struggled to find holes and missed parts of the season with injury.

Throw in the fact that the Jaguars drafted a new poster boy in Missouri's Blaine Gabbert with the No. 10 pick, and the need is high for capable bodies to block for him (should they decide to play him, of course).

San Francisco already traded up to take quarterback Colin Kaepernick in the second round, so moving back to add another pick (No. 182) made sense for the 49ers. 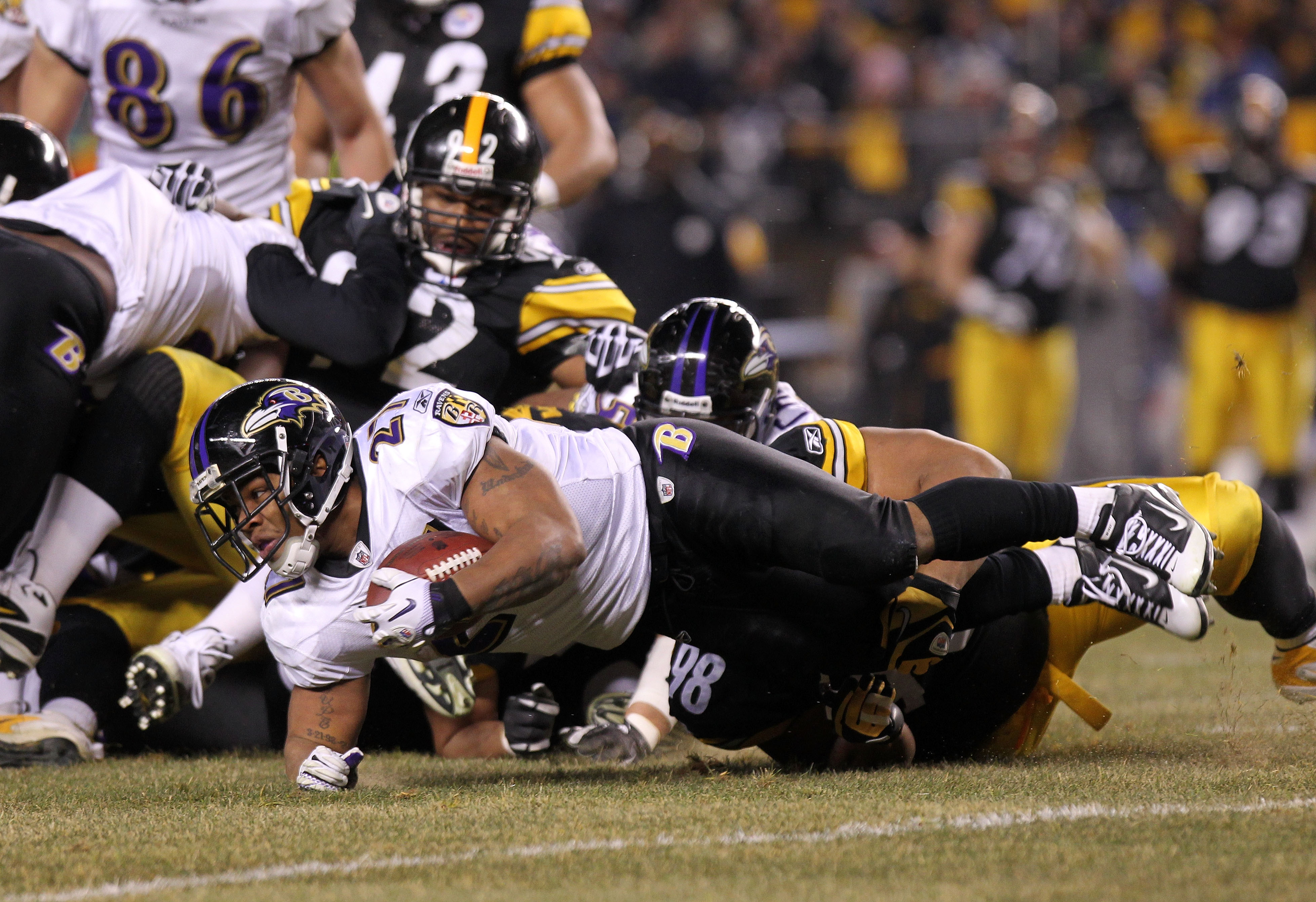 Baltimore maneuvered its way into position to shore up its offensive line in a late third-round deal with Philadelphia.

The Ravens grabbed massive 6'7" lineman from Central Florida in an attempt to bolster their offensive line in a defense-heavy AFC North.

Reed (330 pounds) didn't miss a start in his final three years at Central Florida and should move in to help the Ravens' line as incumbent tackle Jared Gaither was hindered by nagging back injuries.

The Eagles used their No. 90 pick to grab defensive back prospect Curtis Marsh from Utah State.