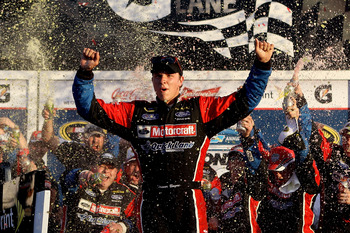 NASCAR's Sprint Cup series has seen surprisingly few wins by drivers under the age of 25. Winning a race at NASCAR's top level takes a level of maturity and patience that few young drivers are able to achieve, even with a load of talent and a fast race car.

Of that group, just five of them won more than one race before their 25th birthday. Eight of the 17 are still active, and two of them are still under 25 (Trevor Bayne and Joey Logano).

Bayne, 20, joined that group with his thrilling win in this season's Daytona 500. Is that enough for him to make the cut as one of NASCAR's best young drivers ever? Read on to find out. 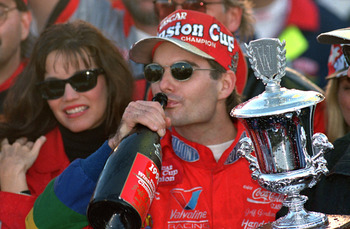 Before his 25th birthday, "Wonder Boy" won a total of 15 races, second most of any driver under 25 in the NASCAR Cup series.

Even more significantly, Gordon became the second-youngest championship winner ever, taking the first of his four championships at the age of 24 in 1995. By winning the title, he earned the ire of legions of Dale Earnhardt fans, beating the Intimidator by a mere 34 points. He also won seven races that year, leading all Cup drivers.

Gordon won two races in 1993, his sophomore season in the Cup series. He turned 25 in August 1995, but before doing so he won five more races.

In retrospect, it's incredible that Gordon was able to beat Dale Sr. in a tight championship chase at such a young age. In order for a young driver of the future to surpass the young Gordon's achievements, he'll need to win a title at the very least. That is exactly what the next driver on this list failed to do. 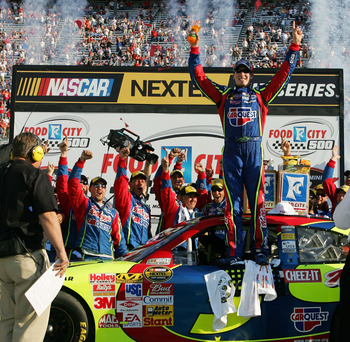 Kyle Busch turned 25 on May 2, 2010. It's amazing to think how much he accomplished prior to that.

With 17 victories, "Rowdy" won more races than any driver in NASCAR Cup history before the age of 25. However, his all-or-nothing style meant he never challenged for a championship.

Busch's best points finish was fifth in 2007. In 2008, he won eight races in the regular season and led the points for much of the year, but Busch stumbled out of the gate in the Chase and fell all the way to 10th in the final standings.

Still, the number of his wins is very impressive and proves beyond doubt that his raw driving skills are the equal of any driver in the sport. 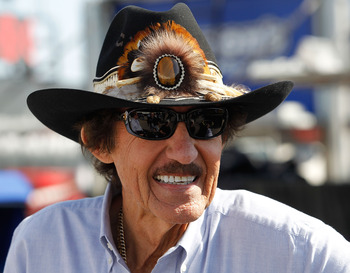 There are few stats in which The King isn't at or near the top of the list, and this list is no different.

NASCAR's all-time win leader got started at an early age, winning his first race at the age of 22. In all, Petty won seven races in the Grand National series before his 25th birthday in July, 1962.

Petty also finished second in the 1960 standings, an impressive accomplishment for such a young driver. However, he wouldn't win the first of his seven championships until 1964 as a 27-year-old. 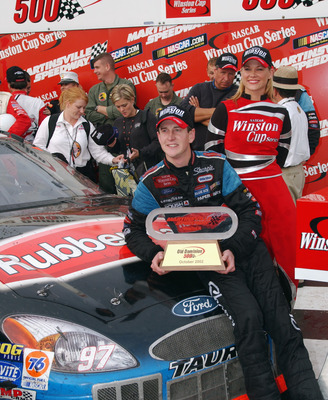 Winning races at a young age must run in the family.

The elder Busch brother is tied with Richard Petty with seven Cup wins before his 25th birthday.

Busch had two of the best seasons of his career as a young driver. In 2002, his second season in NASCAR's top series, he won four races. The next year he also won four races, including three before turning 25 on August 4.

Since 2003, the most races Busch has won in a season is three, including his championship season of 2004. 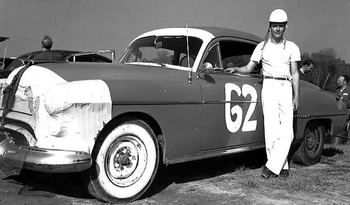 Bill Rexford won the only race of his career in 1950 at Canfield Speedway. He also won the championship that season at the tender age of 23, edging Fireball Roberts and Lee Petty for the title. Petty would have been the champion, but he had been docked a significant number of points by NASCAR for competing in non-NASCAR races during the season, opening the door for Rexford to claim the title.

Rexford participated in just 36 NASCAR races over five seasons, but he merits a high place on this list due to winning a championship at such a young age. 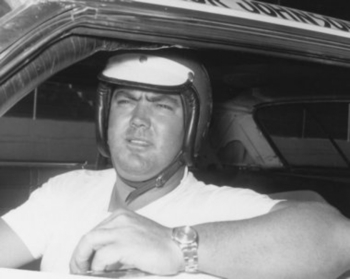 Junior Johnson is one of the iconic figures from the early days of NASCAR. At the age of 24, he won five races during the 1955 season. In doing so, Johnson became the first driver to win more than one race before turning 25.

Johnson went on to have an unusual career as a driver, preferring not to run the full schedule. Because of this, he never challenged for the championship.

Johnson also retired from driving early. He made only eight starts after winning 13 races in 1965 at the age of 34. He moved on to managing a race team, which he did with great success. 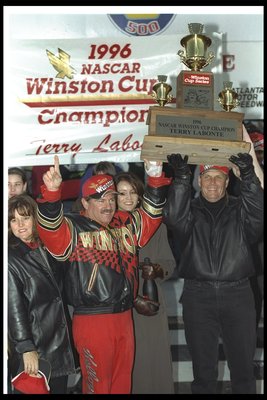 From this point on in the rankings, no driver won more than one race before turning 25. Therefore, their rankings must be based on factors such as consistency, significance of their lone victory and overall career.

Terry Labonte gets the nod for best among those with one win before 25. He won the Southern 500 at Darlington in 1980 for his first Cup triumph, a significant victory no matter the circumstances.

Labonte finished eighth in the standings that year after finishing tenth the year before. In 1982, he jumped to fourth in the final points as a 24-year-old. He was already showing the consistency that would propel him to Winston Cup titles in 1984 and 1996.

Labonte never won more than three races in a single season, but he was dependably good from a very early stage in his career. 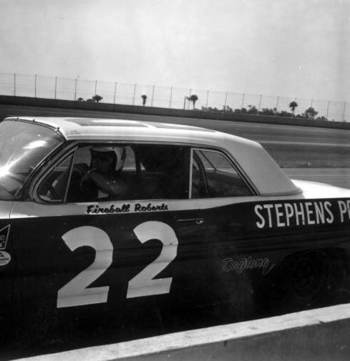 Fireball Roberts is perhaps best known for the way his life ended, following a fiery crash at Charlotte in 1964. However, he was also one of the most talented drivers ever to participate in NASCAR.

Roberts won his first race in 1950 at the age of 21 years, 205 days—the youngest winner in NASCAR up to that point. He nearly won the championship that season as well, but his engine expired 50 laps from the end of the season finale, denying him the title.

He wouldn't win again until 1956, although this was due to him not running many races each season. In fact, Roberts ran more than 10 races in a season just five times throughout his career. He won 33 of his 206 career starts and currently stands seventh on the all-time winning percentage list. 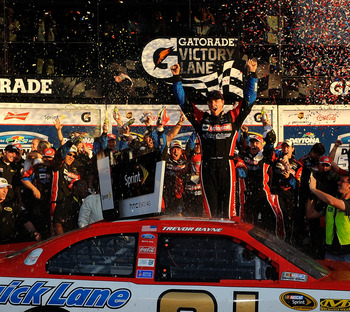 Trevor Bayne is on this list for one obvious reason: He won NASCAR's biggest event, the Daytona 500.

He's also the second-youngest winner in Cup series history, at 20 years and one day, so he has plenty of time to add to his accomplishments.

Other than his stunning victory, Bayne has struggled this season, with just one top-20 finish in his seven starts since Daytona. 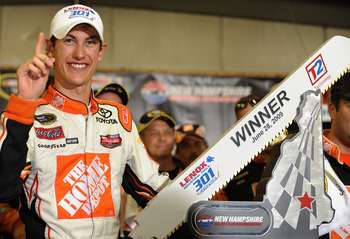 First, Logano is the youngest Cup winner ever, at 19 years, one month and four days. He won a rain-shortened event at New Hampshire in 2009.

Second, at 20-years-old, he has more than enough time to add to his accomplishments. Logano has top-notch equipment at Joe Gibbs Racing, and I'm confident that within a couple of years—possibly by the end of this year—he'll have done enough to move up significantly on this list.

Only time will tell, but given that Logano has more than four years before his 25th birthday, it's conceivable that he could challenge Jeff Gordon and teammate Kyle Busch for best NASCAR driver under 25 of all time.