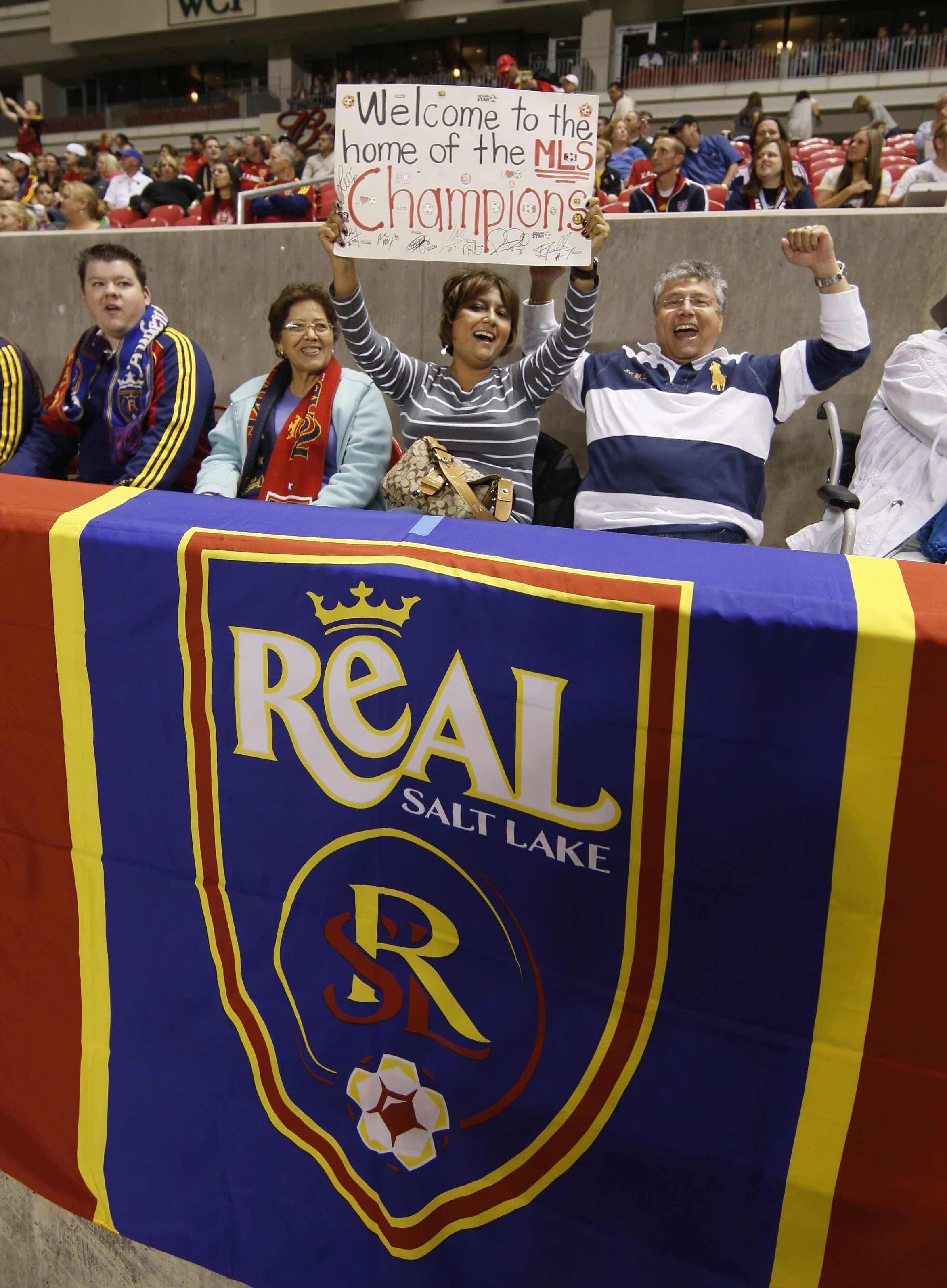 Real Salt Lake gets ready to take on Monterrey for the second time in a week in the final leg of the CONCACAF Champions League on Wednesday night.

Real Salt Lake comes into the match having already made United States soccer history by becoming the first Major League Soccer team to play in the finals, rank in the top 25 of the World Club Rankings, and be one of a few teams to earn a draw in a match played in Mexico.

This all important second leg will be a home match played at Rio Tinto Stadium in Utah.

The first leg of this series ended in a 2-2 draw, which gives Real Salt Lake the first tiebreaker advantage with 2 goals on the road. At the end of the second leg, all goals scored are added together and the Champion is determined by the total number of goals.

For Real Salt Lake to become the Champions and advance to the FIFA World Club Championship in Japan, they must:

Real Salt Lake will not become the Champions or advance if they:

In the event of a draw with the score of 2-2, the two teams will begin the overtime process to determine the winner.

The following slides will outline reasons why Real Salt Lake will be victorious and win the CONCACAF Champions League crown. 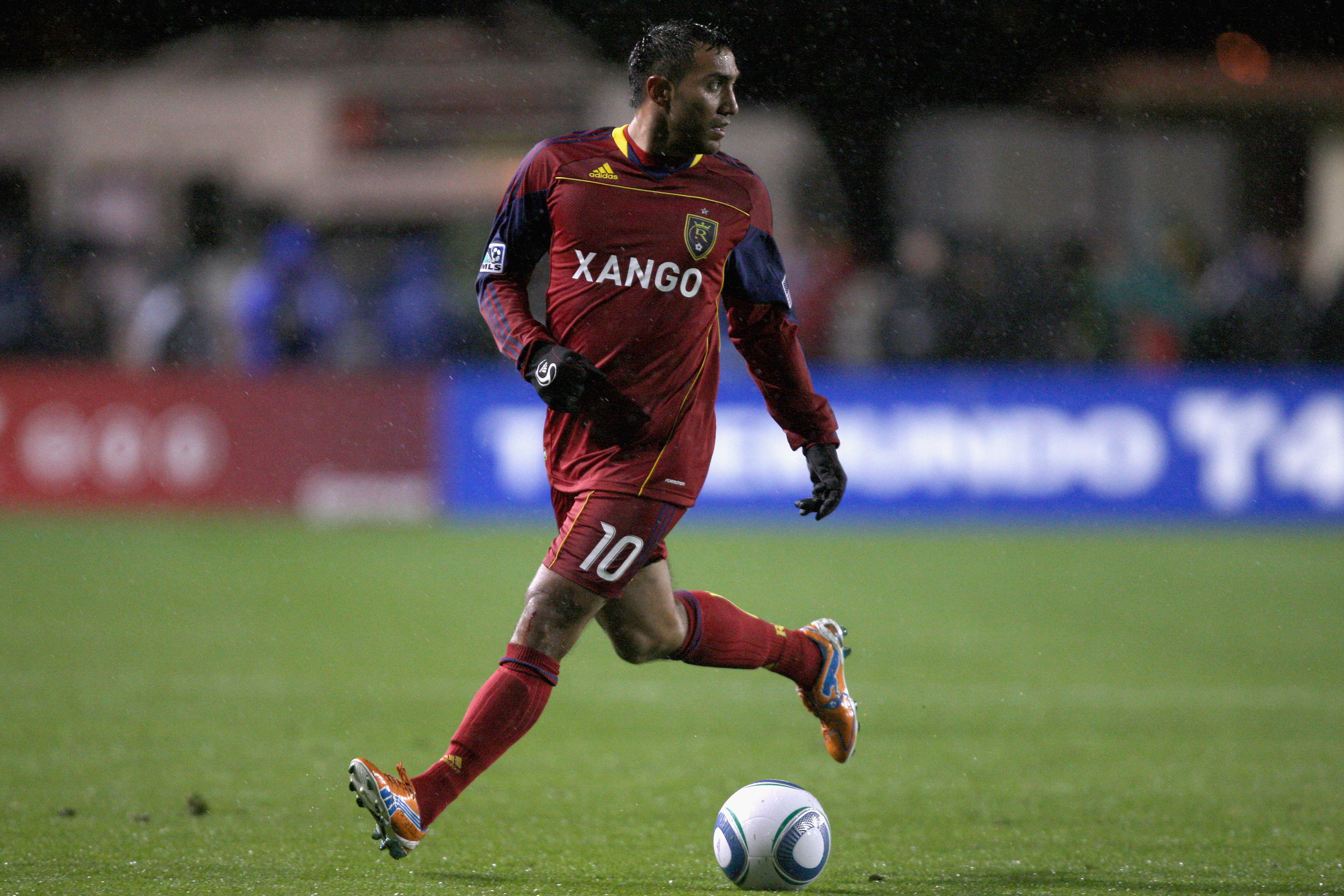 Depth: Real Salt Lake not only features a starting 11 that ranks high in the club standings, they have a bench that can play against any MLS team and many in the world.

This was evident in a recent MLS road game against the New England Revolution. Coming off of a mid-week game against Saprissa in this tournament, the line-up made of primarily players from the second team got the start and came away with a victory just a few nights later. They played well enough to beat the Revolution by 2 goals.

This depth gives coach Jason Kreis plenty of options including at the forward position where Arturo Alvarez and Paulo Jr. will be able to come in if needed.

Depth will also show itself in the mid-field where a reserve player will get to start in place of Kyle Beckerman who is ineligible for this match due to yellow card accumulation.

Weather: Just as the hot weather that Real Salt Lake found in Mexico was a concern, the possible cold weather could be a challenge for Monterrey.

The temperature is forecast to be in the 40's or 50's, and there is a possibility it could be wet.
This will help Real Salt Lake who is accustomed to playing in these types of conditions.

Fitness Level of Players: Monterrey travels to Utah after playing a match on Saturday night. Several of the starting players, including Forward Humberto Suazo played the full 90 minutes.

Real Salt Lake caught a break and was able to reschedule a match set for that day to later in the year. They should be well rested after being able to stay home and in their regular routines.

4. Real Salt Lake Will Know What to Expect 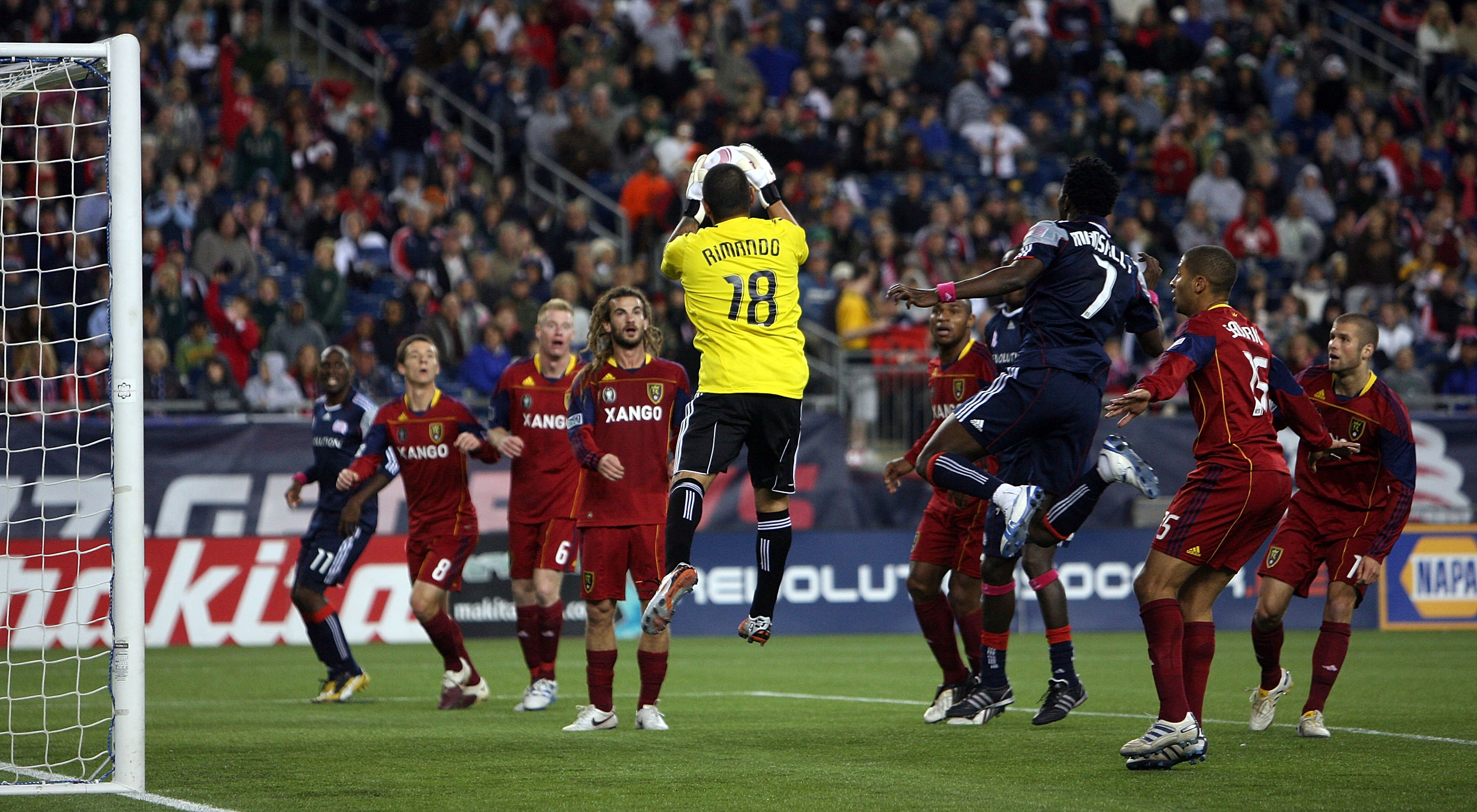 I guess this one could work in the favor of both teams, but there is much to be said about playing the same team within a week.

The advantage here should shift over to Real Salt Lake due to them being at home. The match in Mexico was uncharacteristic of a Real Salt Lake team in that they did not hold possession as much as they normally do.

Real Salt Lake now knows what to expect from Monterrey, and coach Jason Kreis will make the needed adjustments.

Expect the defense to play better, the midfield to win more possession, and the forwards to have more chances getting forward. This combination will lead to a strong night for Real Salt Lake, and will put them into position for the win.

3. The Impact of Jason Kreis as Head Coach 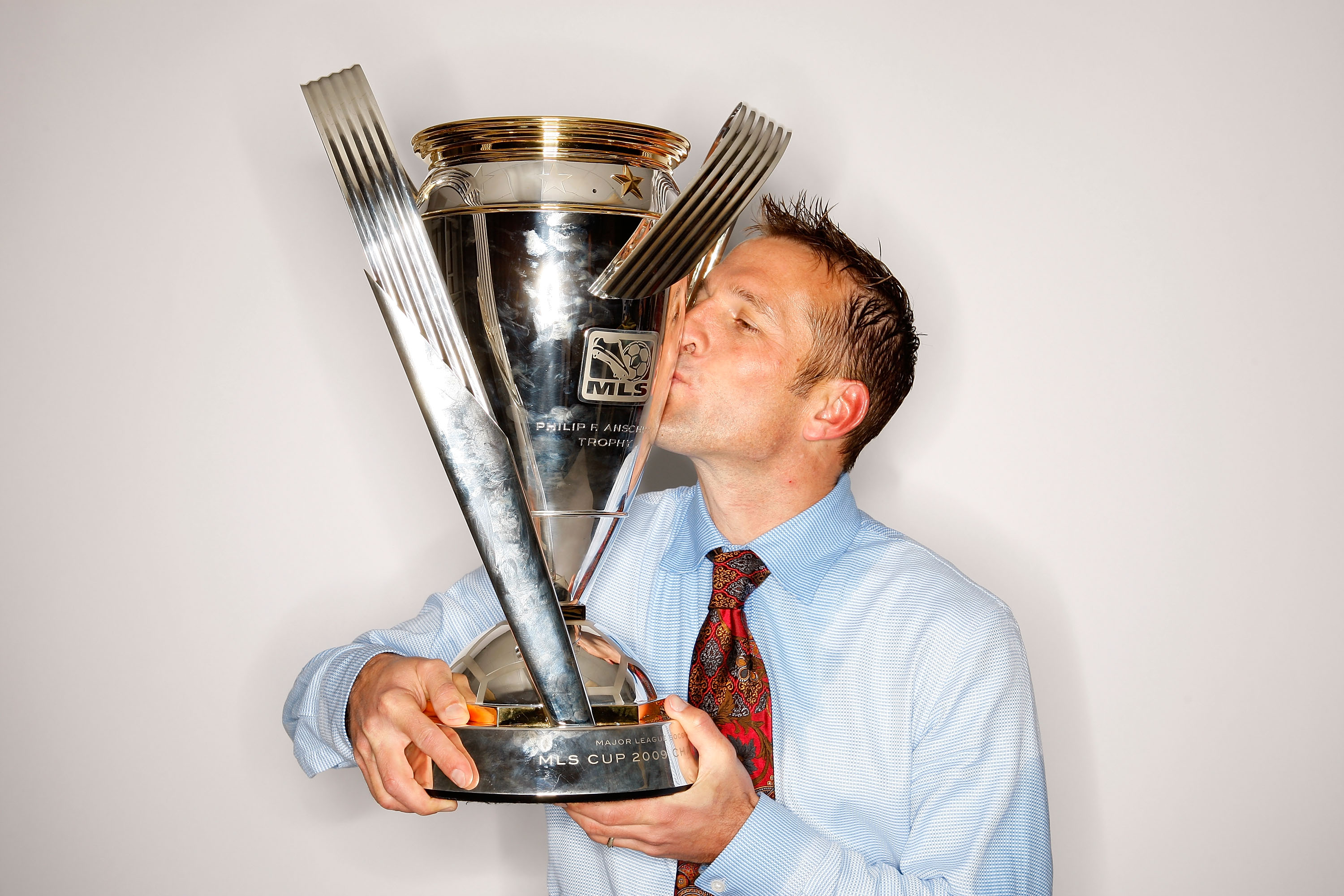 Real Salt Lake was founded in 2005, but consistent success did not come until the mid-season hiring of Jason Kreis.

Following his standout 12 year career in MLS that saw him become the first to score 100 goals, Kreis took over coaching duties of the team mid-way through the 2007 season.

Since that time he has been able to take the team from being the worst in the league to being an MLS Cup Champion, a perennial contender, and making the history they are creating in this tournament.

Kreis describes his approach to the game as "obsessive", and his players agree.

Team captain Kyle Beckerman said of his coach, "I don't think he watches other sports...He just met  Jimmer Fredette the other day, and he didn't know who Jimmer was."

This obsession has allowed Kreis to find and motivate the type of players that he wants in his system. He expects a lot from his team, and their preparation shows on the field.

Jason Kreis is a master of making necessary adjustments both in game, and between legs in the CONCACAF tournament.

In the final leg of this match, look to Kreis to continue to make the correct adjustments and use the resources he has on his team to their maximum potential. 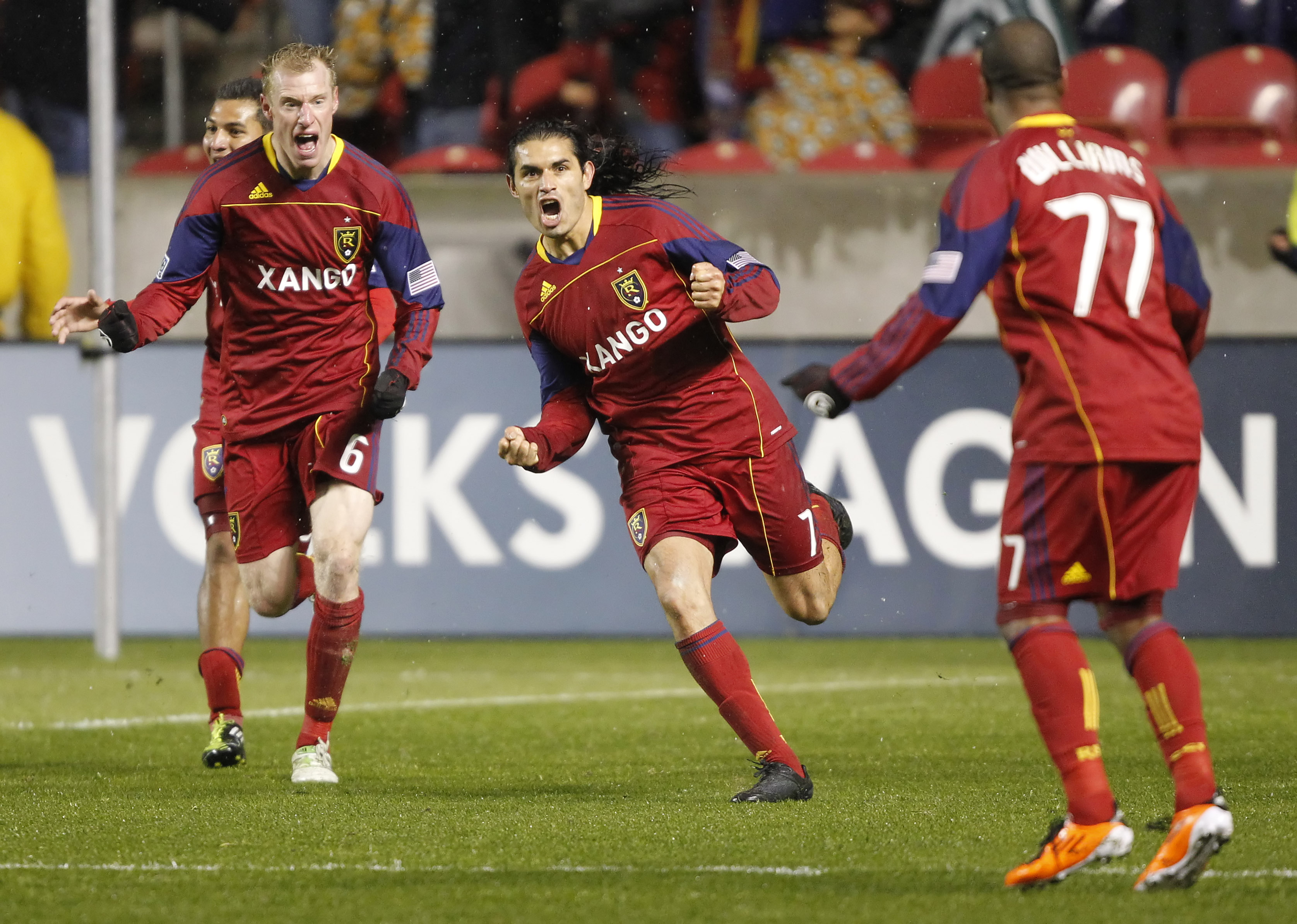 This trio of players are primed to have a great match at home.

Another player normally included in this group is team captain Kyle Beckerman will not be available due to yellow card accumulation.

Fabian Espindola has been the team MVP over the last few matches. A couple of weeks ago he scored the winning goal in stoppage time to beat the MLS rival Colorado Rapids, and his hustle play in the first match with Monterrey led to the corner kick that created RSL's first goal.

Javier Morales, the Argentine playmaker, does everything for this team. He is the master at serving the ball in on set pieces, and has proven that he can score against this Monterrey team. His goal in the closing minutes of the first leg was nothing short of spectacular. When he plays well, the team wins.

Jamison Olave had a big job to do in the first leg against Monterrey. He and his fellow defensive players were faced with consistent pressure and were asked far too many times to turn the ball away from the goal.

He will continue to anchor the middle of the defense at home and should get help in possession from his teammates. Olave will also make adjustments and better stay with Humberto Suazo who has played 90 minutes twice in the last week.

Expect all three of these players to have a big impact on this match Espindola will have more chances forward, Morales will be involved, and Olave return to the dominance he usually displays along the back line.

When these things happen, this team is very hard to beat.

1. The Fans and Fortress of Rio Tinto Stadium 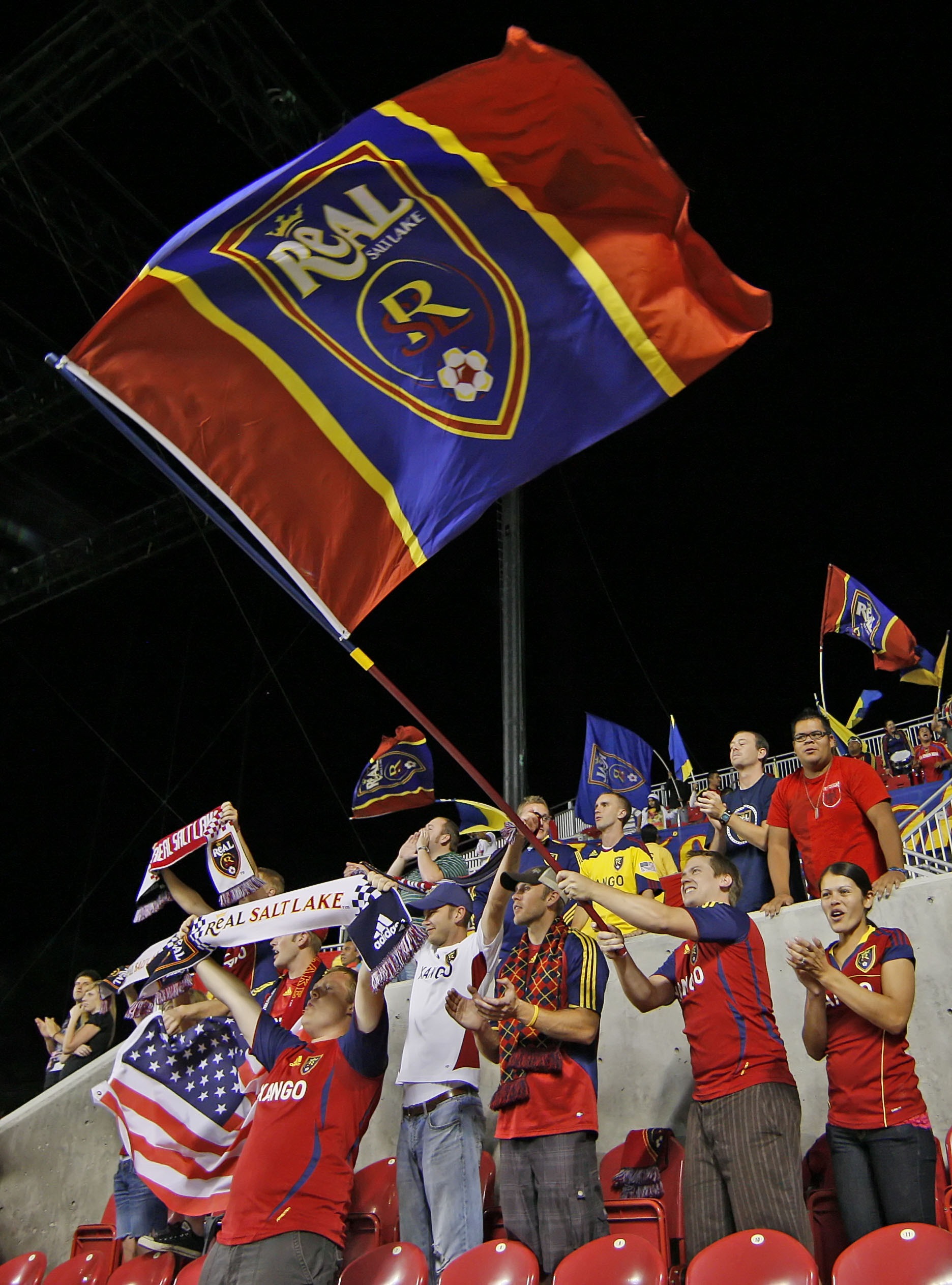 The second and deciding leg of this series will be played at Rio Tinto Stadium in Sandy, Utah.

Unbeaten in it's last 37 matches at home, this stadium has become the most difficult stadium in the United States to visit.

Credit should be given to the knowledgeable fans who make this possible.

They are known for showing up in any weather conditions to cheer on their team, being loud, and making life difficult for visiting teams.

Real Salt Lake plays well at home. Whether it is the altitude, the weather, the fans, or any other factor, the team is very hard to beat in this stadium.

Having scored 2 road goals in last week's match becomes a huge advantage for Real Salt Lake. Although it is likely that they will win, they have a bit of breathing room. They have the luxury of being able to play to a low scoring draw and still become the Champions.

Head coach Jason Kreis recently asked fans to arrive to the game early and to wear red to support the team. He would like to see the fans create a huge build up prior to kickoff, and believes that playing at home will make a huge difference.

Expect playing at home, and the contribution of the fans to be the biggest determining factor of this match.

This match will be broadcast live on Fox Soccer Channel
Live streaming is also available on the CONCACAF website. A free registration is required.