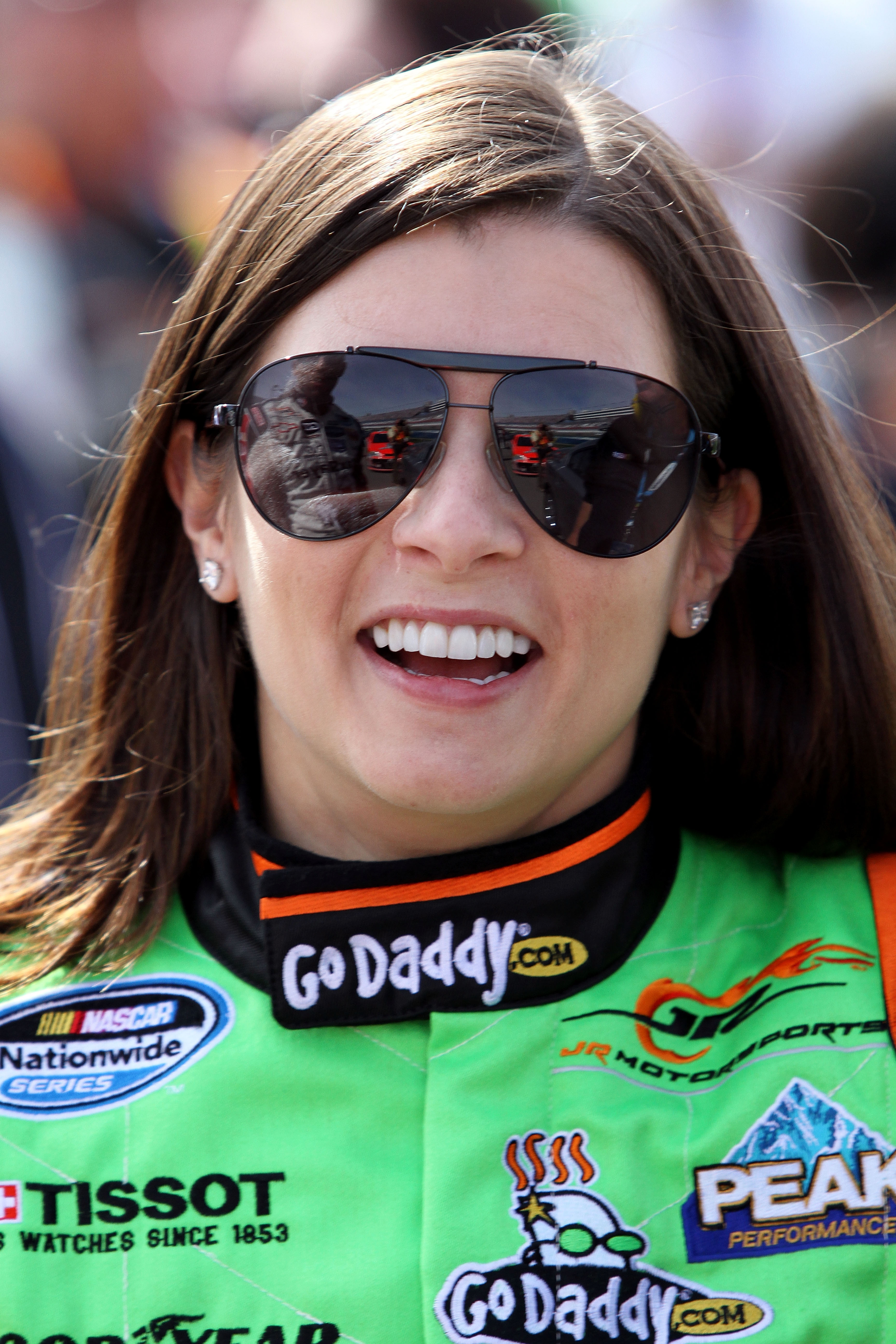 Danica Patrick has helped pave the way for other female drivers to be succesful.Jerry Markland/Getty Images

Over the past five years, Danica Patrick has certainly paved the way for some up-and-coming female drivers, but they’ll have a tough road to hoe without some stats and good looks to back up their marketability.

Patrick didn’t exactly set the world on fire with impressive stats before landing an IndyCar ride with Bobby Rahal.

But, she had magazine cover/model good looks and the sponsors started to line up when the idea of a race car driver with such sex appeal was credible.

When compared to such female drivers as Simona de Silvestro or Catherine Legge, Patrick didn’t score a single win in any other open wheel series such as Formula Atlantic, unless you go way back to her go-kart days.

None the less, Patrick has raised the awareness that female drivers can get the job done against a male dominated sport.

Here are a dozen up-and-comers that could very well make a difference in the record books over the next decade. 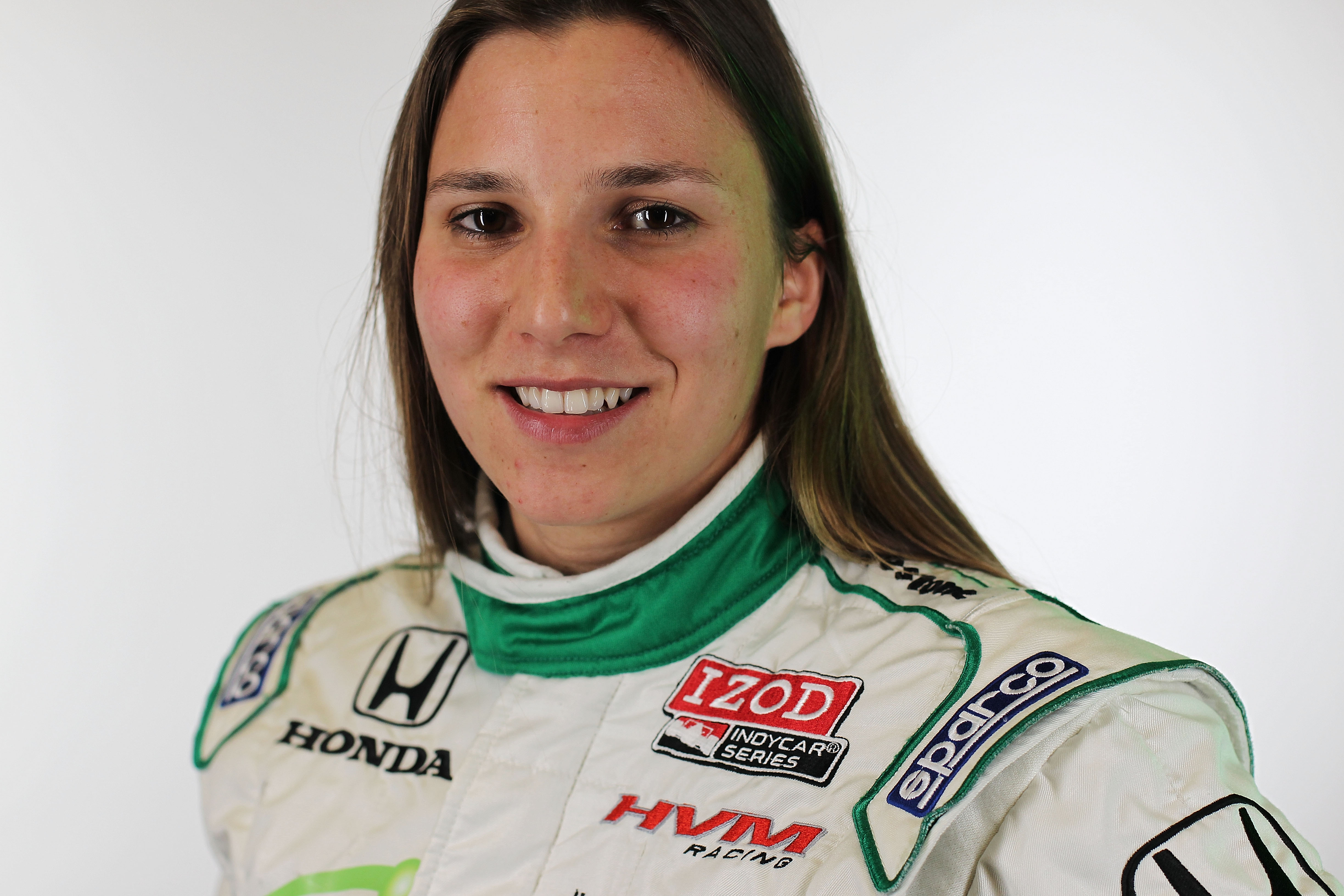 Simona DeSilvestro - Always ready to mix it up with the boys or girls.Nick Laham/Getty Images

This 22-year-old Swiss driver has shown in a short period of time, that she is the real deal to compete with the men.

Just watching her in car camera footage shows me that she can manhandle this powerful open-wheel car with authority.

At the race in St. Petersburg, FL, DeSilvestro gave seasoned veteran racer Tony Kanaan all he could handle in the closing laps to notch a career best fourth place.

The “Swiss Miss” experienced racing in Europe and America as a teenager with wins, poles and numerous podiums.

This year, she is part of a one-car team with much better backing than 2010. I’d predict several more top fives especially on the road-course venues.

Catherine Legge: She Can Get a Leg Up on the Competition 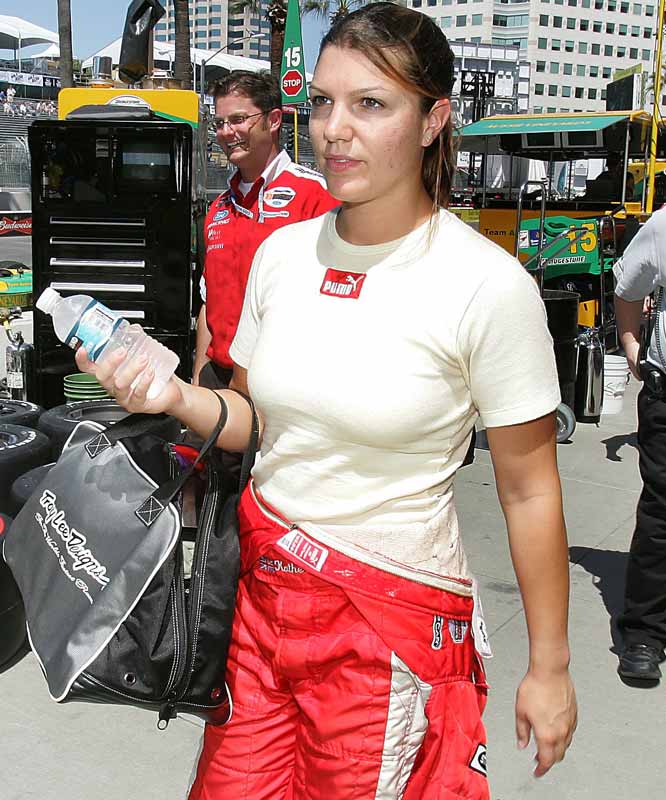 Katherine Legge has proven to be an open wheel talent. (AP Photo)

This English born 30-year-old driver has won Formula Atlantic races as well as poles and podiums.

When competing in Champ Car series, she became the first woman to lead a lap at a Champ car race.

She has driven various kinds of open and closed wheel cars and is currently looking for something full time. She also survived a horrific crash at Road America with great spirit and bravado.

She is currently doing some sedan and sports car racing looking for a better opportunity. 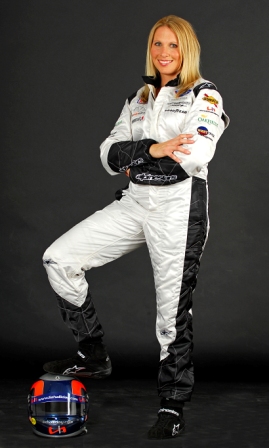 This California-born driver has been a threat in sports car racing, especially the American LeMans series where wins or top threes are the norm.

This attractive 33-year-old blond racer has the time clock clicking against her for major backing in any series.

Of all the current female drivers, she probably has the most impressive record of wins and podiums at venues such Petite LeMans in Road Atlanta and a win at the famous 12 Hours of Sebring.

Jennifer Jo Cobb: With as Many Teams as She's Been on This Year, Suitcase Cobb 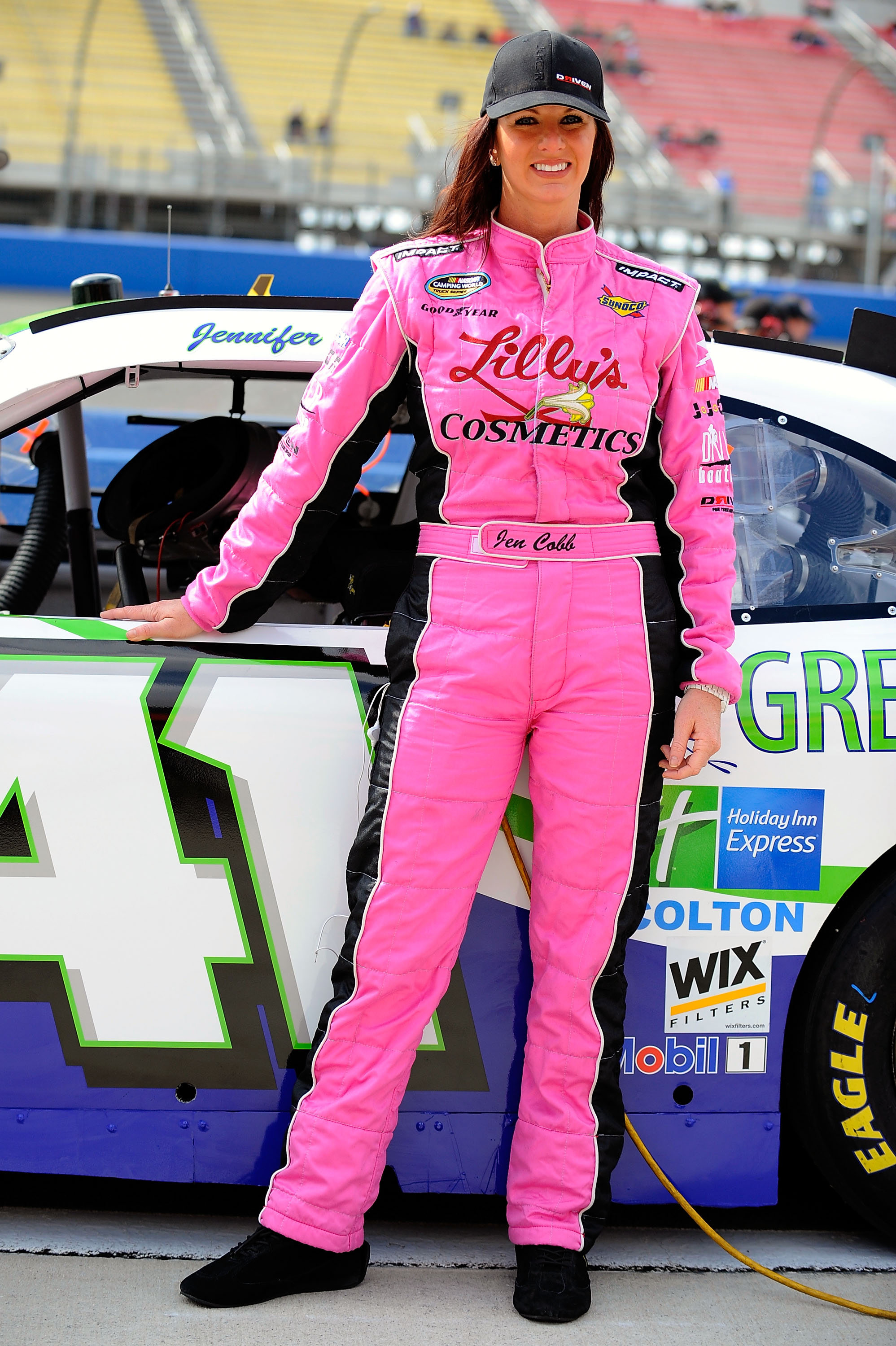 This aggressive American-born NASCAR racer competes in the Camping World Truck series as well as the Nationwide series.

Other than the sixth she notched in the opening truck round at Daytona, she has struggled to keep up with the Jonse's.

Her soon-to-be-fossil age of 37 is not helping her overall goals of being a full time competitive driver.

She’s only had nine starts since 2004 in either division with an average start of 34th and average finish of 40th. 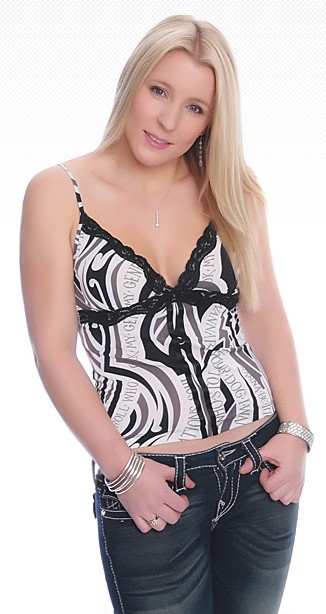 Now here’s a pretty blond female 28-year-old driver combo that is poised for much bigger things in the world of racing.

This English-born, Indiana resident did very well in Indy Lights, notching a win, two poles and seven top 10’s, which earned her a shot at the “bigs” in IndyCar this year.

She is slated to compete in eight IndyCar races this year with Conquest Racing including this year’s Indy 500, thus becoming the first British female driver to attempt to qualify for the “big show.“

I will be keeping a close eye on this talented driver with great anticipation.

Johanna Long: The Next SuperStar 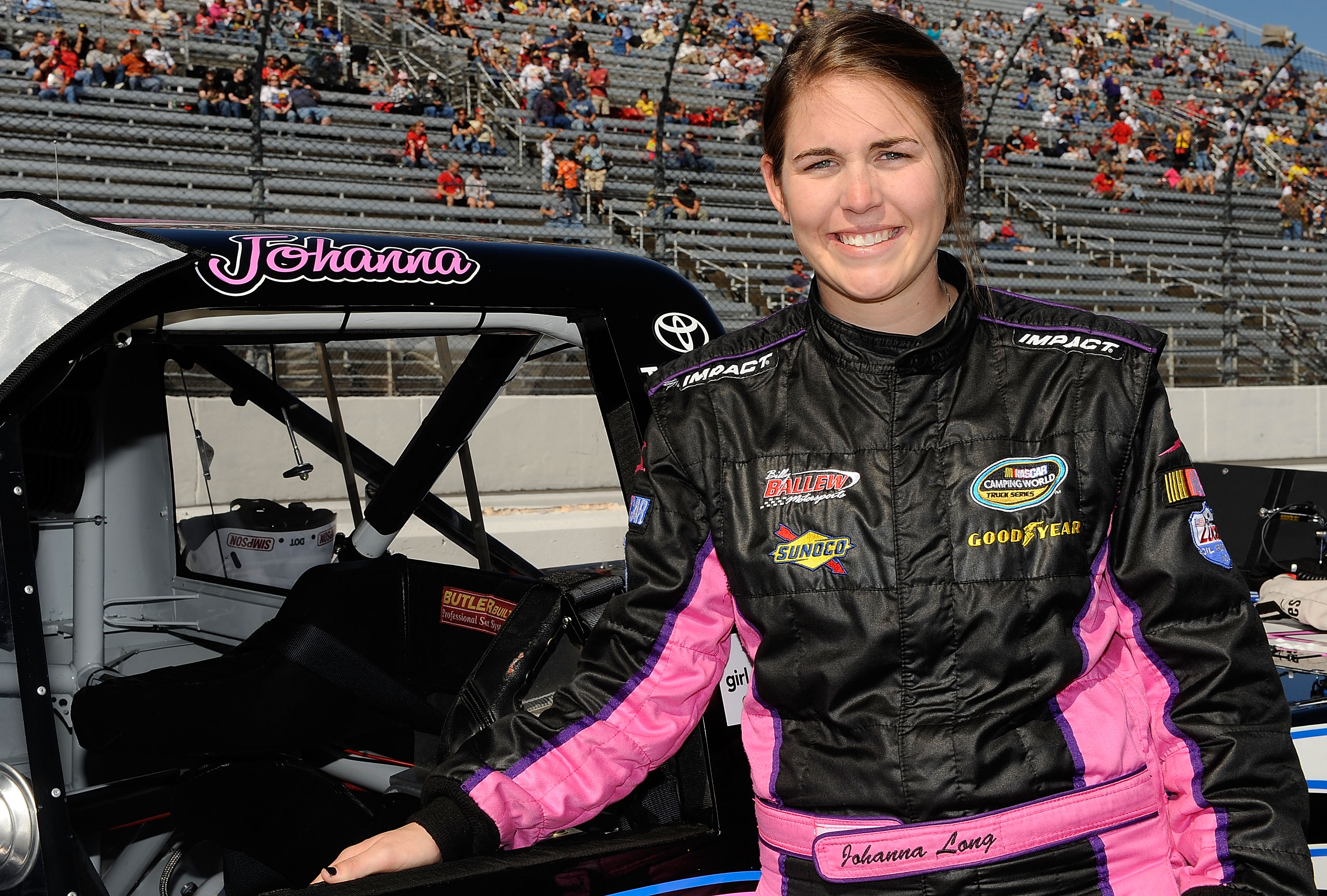 Johanna Long could be the next rising star.Rusty Jarrett/Getty Images

This 18-year-old rookie driver may have the best shot at competing in the Nationwide and Trucks series over the next several years.

Between her age, good looks and some luck on and off the track, this combo may be the one watch among the taxi cab set. 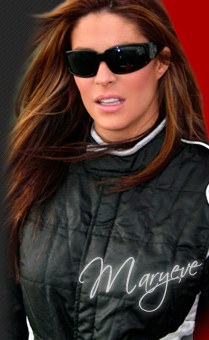 Maryeve Dufault - Talent, looks and determination might get her where she wants to go. (Courtesy Dufault Website)

This good-looking Canadian brunette is getting the job done in both open and closed wheel competition.

She started with motocross racing, then progressed to open and closed wheel competition with always a keen eye on go-kart racing to keep sharp.

Her latest two entries in this year’s ARCA racing found her finishing 28th at the Daytona opener, the result of a wreck followed by last week’s run at Talladega where who started 39th and finished an impressive 12th.

I recommend keeping an eye on this talented driver who tends to eat and sleep anything connected with racing. 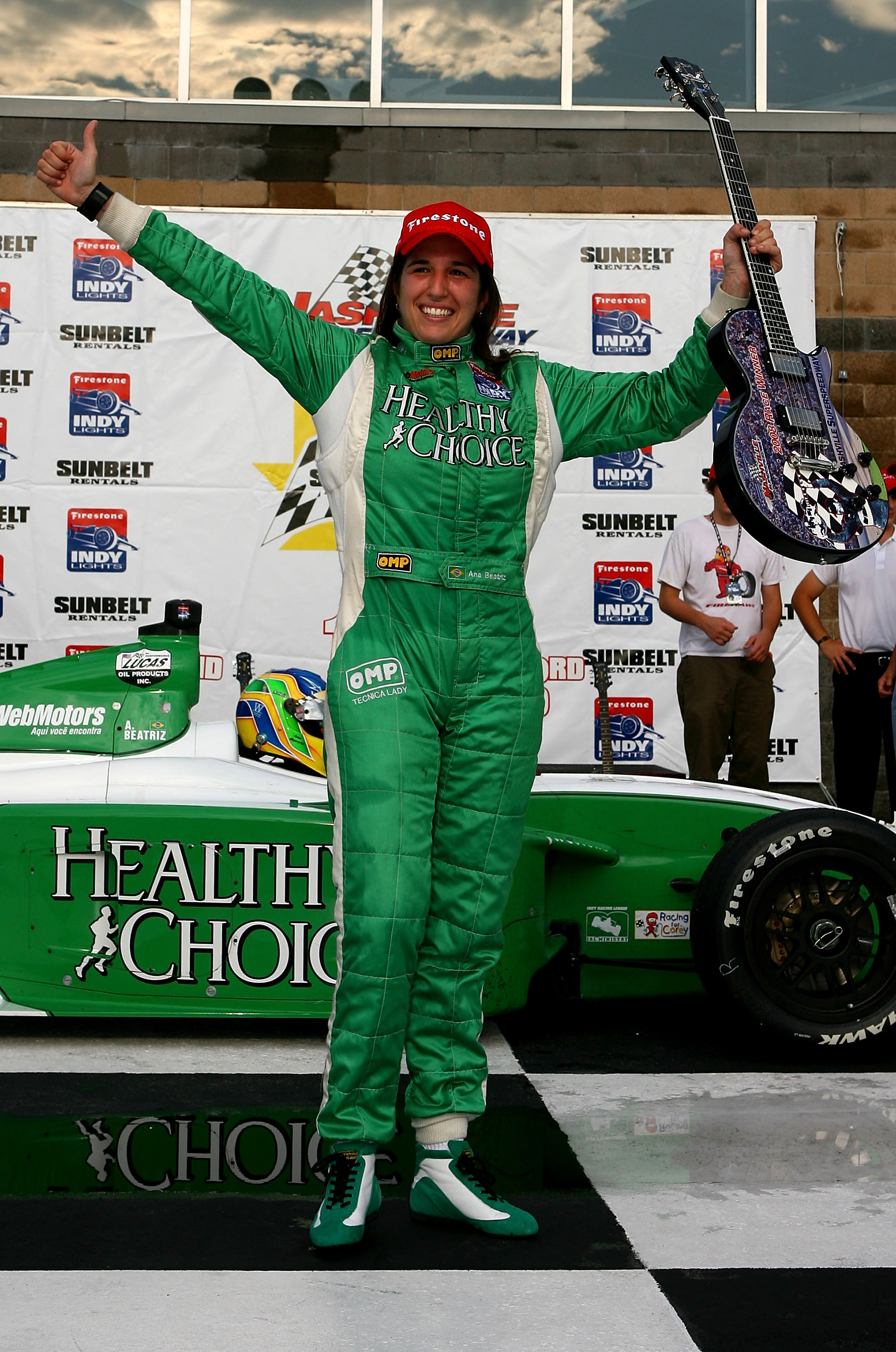 This Brazillian young driver became the very first woman to win not, one but two Indy Lights races, an oval and road course. Actively karting since the age of nine with success could only help this girls mission.

The 24-year-old talent started in IndyCars last year with nothing much to shout about.

This year, the most notable footnote is her broken wrist at St. Petersburg, sidelining her from competing in Barber Motorsports Park.

The jury is still out on this potentially talented driver. 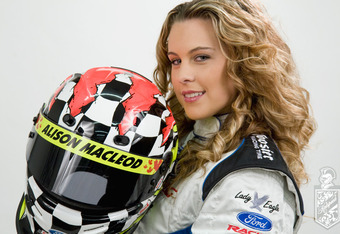 Allison certainly has the looks sponsors are looking for. (Courtesy MacCloed Web Site)

The goldy-locks 22-year-old Canadian driver has recently been dubbed the winningest female driver in USAC history.

Since 1998, she has won in go-karts, shifter karts and a host of Ford Focus and Regional Midget events.

Currently, she is looking to move into the stock car set, more specifically ARCA.

I’d keep my eye on this budding young talent. 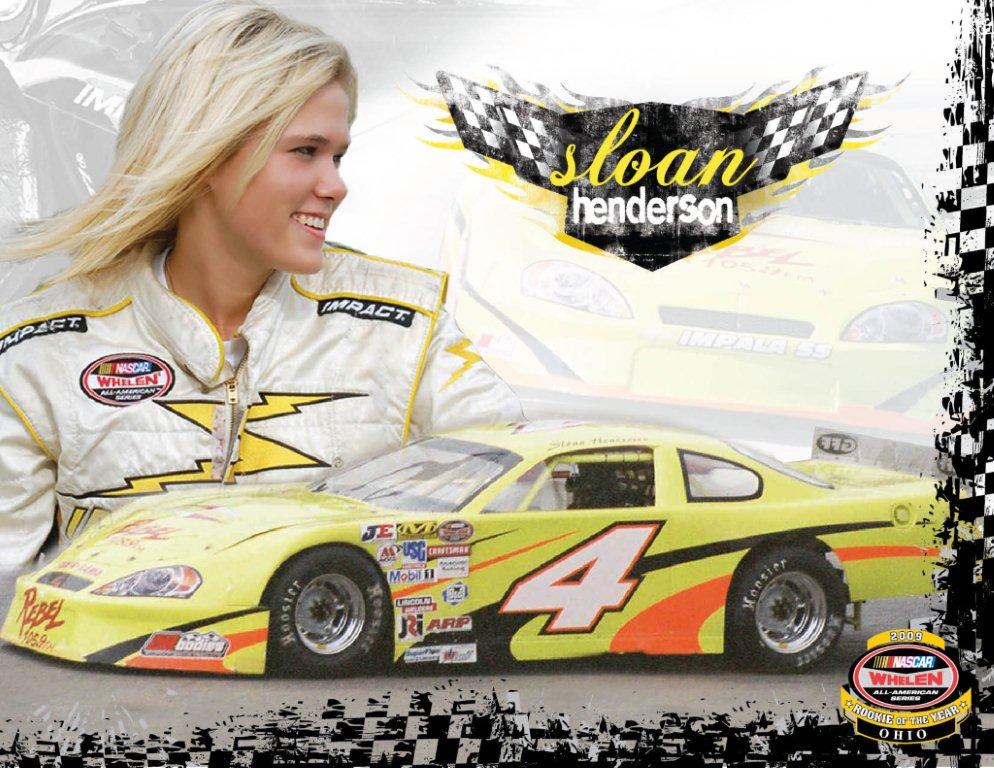 Sloan Henderson has won in most every car she's raced in. (Courtesy Henderson Website)

This cute blond driver has been on a tear winning Late Model races at her local short track in Ohio.

The 18-year-old American driver could very well be on a path to greatness among the taxi-cab set….with the right connections.

So far, she has captured numerous LM wins, poles and top fives in addition to being named most popular driver.

Sloan is self taught having raced and won in all divisions entered from Bandeleros to Legends to Late Models with numerous track records along the way.

Stay tuned as she could have “the right stuff” to be a star. 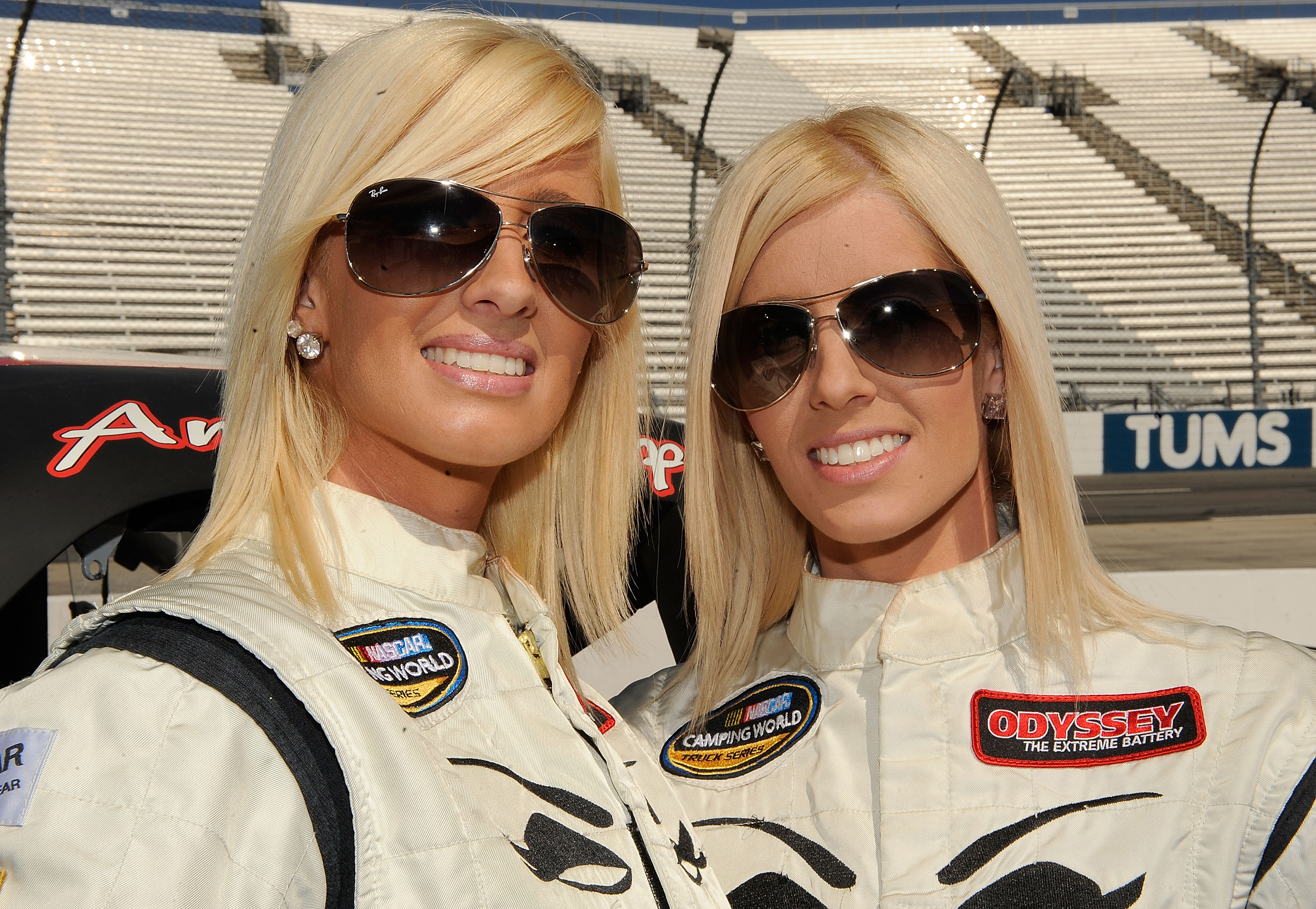 Amber and Angela Cope before their truck race at Martinsville.Rusty Jarrett/Getty Images

Yes, their famous Uncle Derrike, Derrike Cope that is, has brought these two stunning blonde beauties among the stock car ranks, more specifically to the truck series to see what they can do.

So far, they can look great in a driving suit….and that’s it. This could be a very short-lived career.

Overall, the talent pool for the ladies does not run deep. Most of the talent comes from go-karts, legends and short-track action. It takes a while, if at all to be discovered.

I would say for every one talent discovered, there are three others that will never move beyond their local track. It’s a shame, but reality.

Ask a current driver how they got to where they are and they’ll tell you it took a lot of hard work, a lot of seat time and a whole lot of luck to be in the right place at the right time to be discovered.