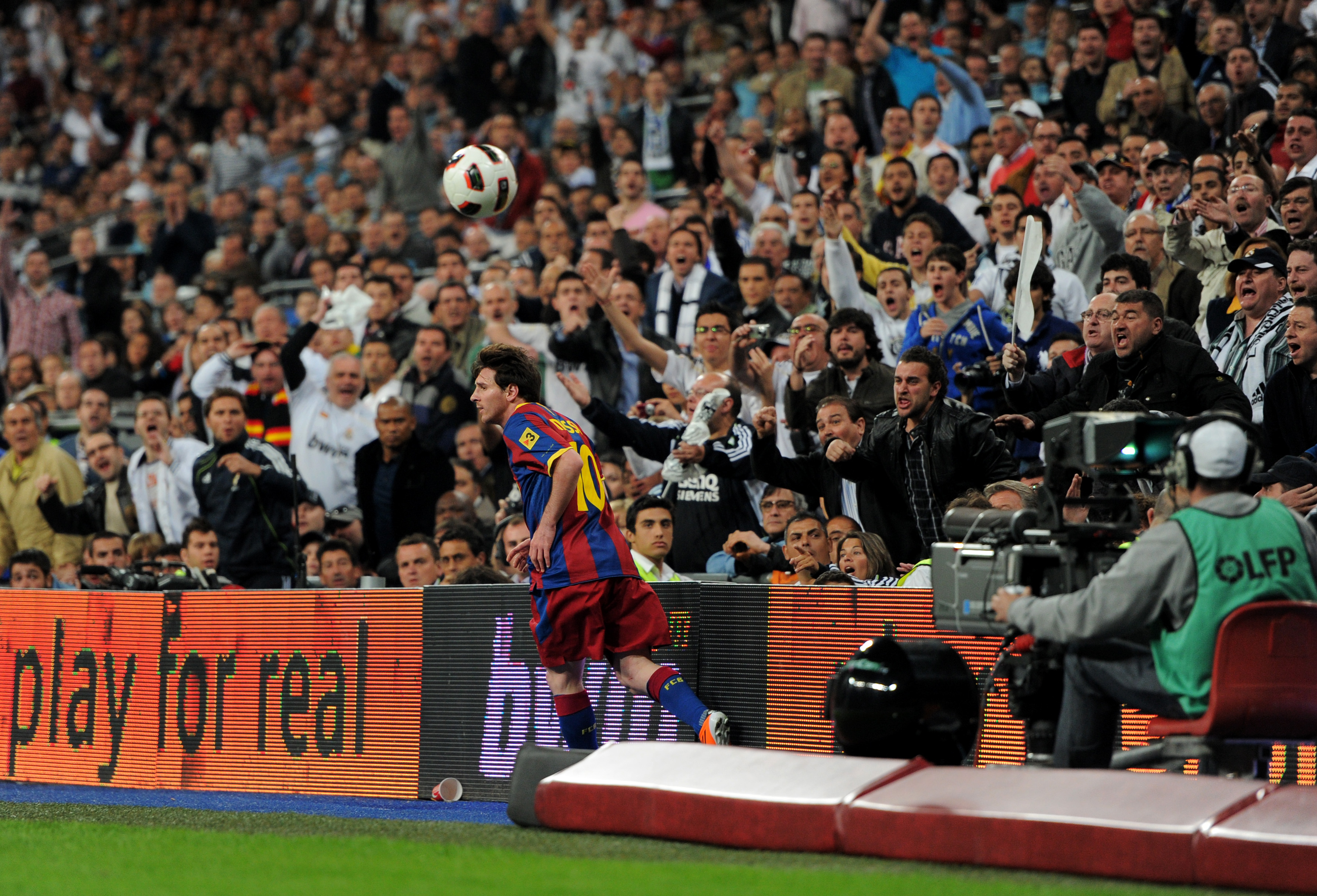 Billed as the greatest match in the world, past Saturday’s El Clasico, the first of four encounters between FC Barcelona and Real Madrid was everything but entertaining. Quite frankly, the match was more akin to FC Barcelona’s bittersweet victory against Inter Milan in the knock-out stages.

One can argue with Jose Mourinho’s tactics, Blanco’s icon Alfredo di Stefano did, but at the end of the day he achieved what he was aiming for, avoiding defeat against FC Barcelona. Nevertheless, it is kind of perplexing seeing the world’s most expensive team ever assembled playing like a bottom feeder club. Perhaps it was an unspoken admission of inferiority.

Taking all into account, I do wonder how Cristiano Ronaldo & Co. claim that Real Madrid is the best club in the world when they have:

a) Not won a single trophy with the club

I assume we will never find out what goes on in their mind. Maybe their situation is similar to that of the Miami Heat, hyped into the stratosphere but unless they win the Championship it’s a wiser policy to be quiet. LeBron James or Kobe Bryant—I go with the latter. Bryant might be arrogant but L.J. is disconnected from reality (“The Decision” anyone)?

Even so, there’s still three Clasico’s to be played and a goal fest is still very much in the cards, despite the fact that Jose Mourinho is Los Blanco’s manager.

Here are 10 reasons why FC Barcelona holds the advantage over Real Madrid. 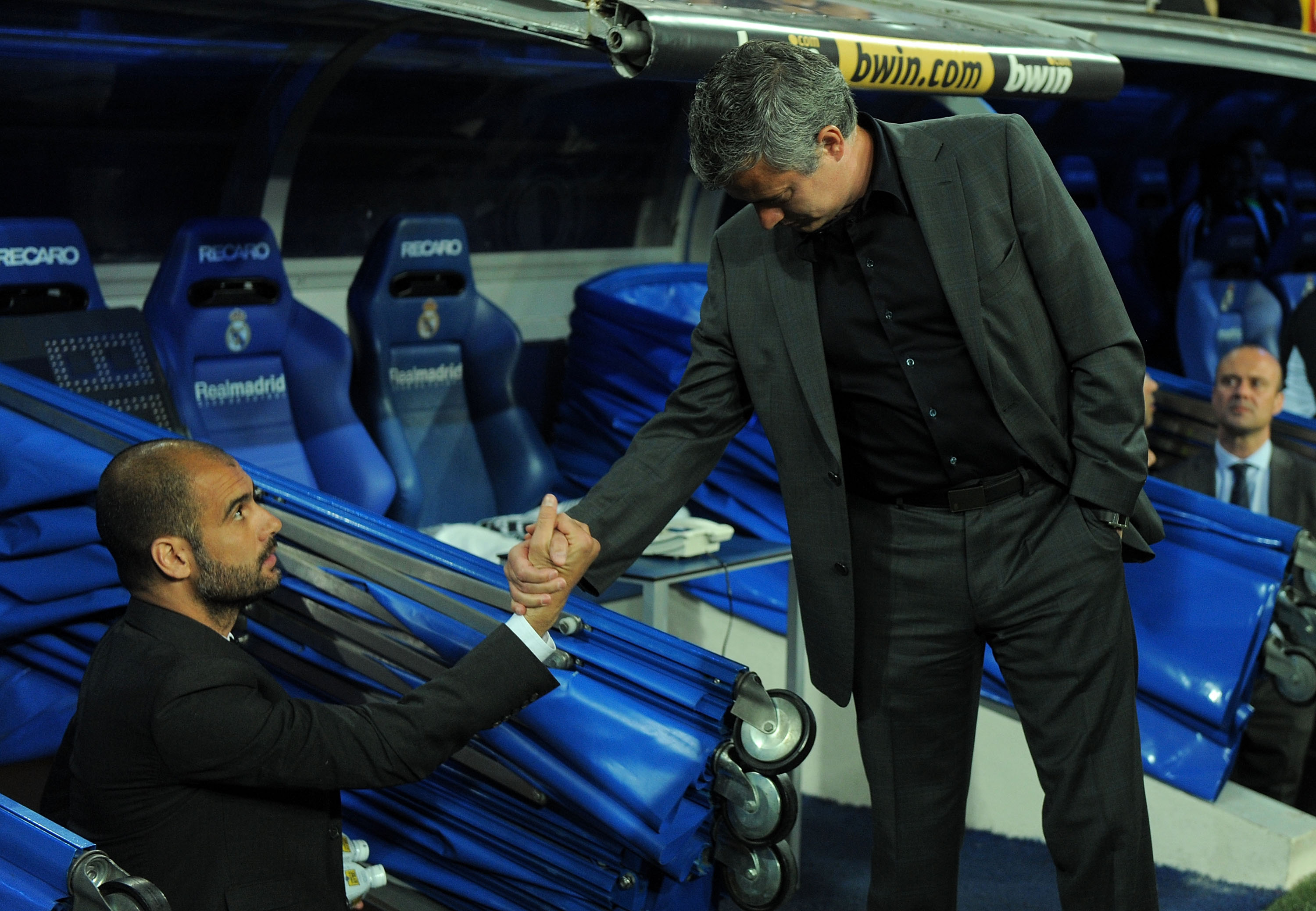 Although Pep’s winning streak came to a halt with Saturday’s boring draw, he remains unbeaten against any Real Madrid manager.

In stark contrast, every current FC Barcelona, except newbie Ibrahim Afellay, was part of a squad that trashed Real Madrid. 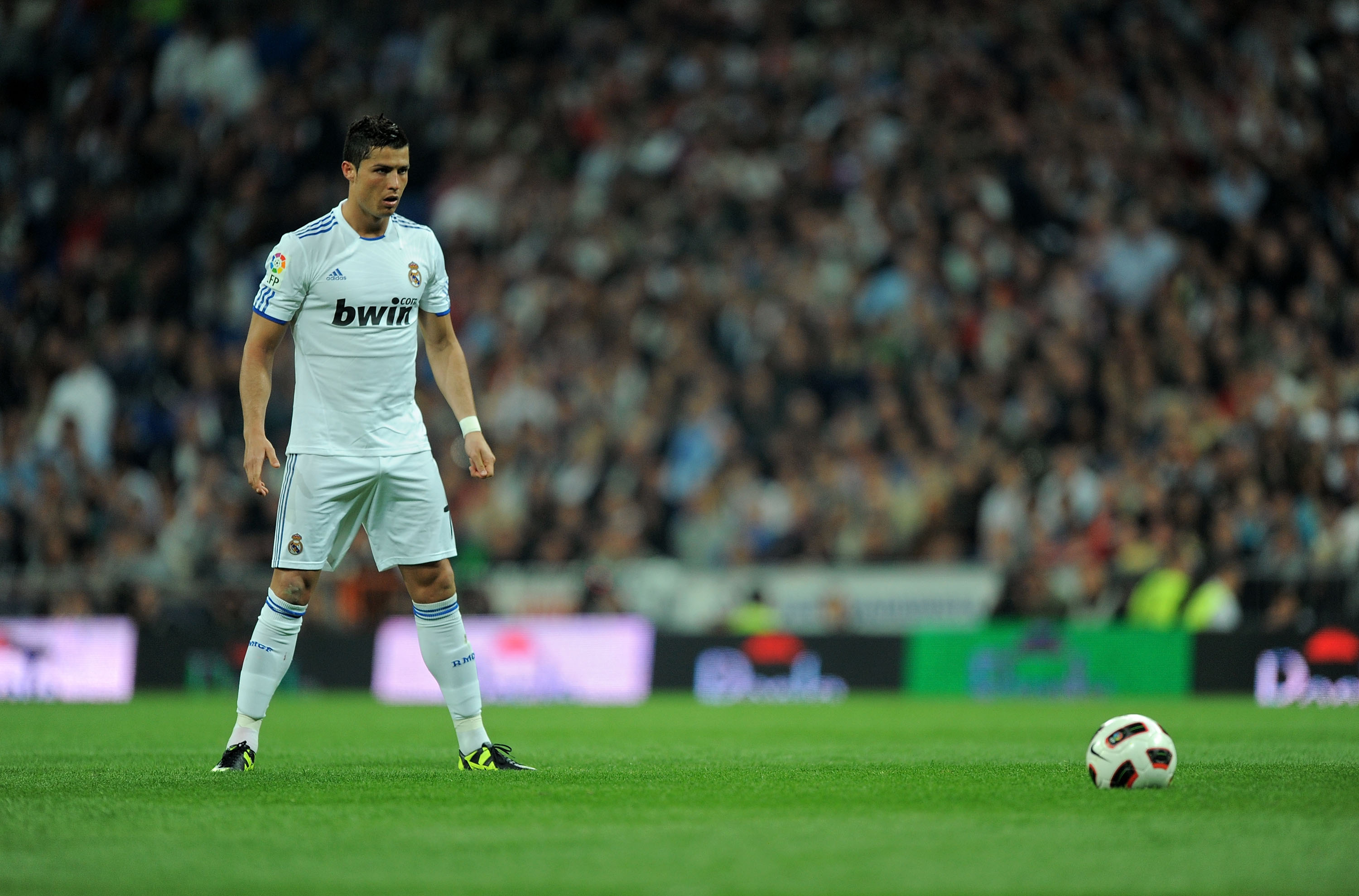 In past Saturday’s encounter Real Madrid had a couple of half-chances, but out of those almost none were the result of a team move.

Cristiano Ronaldo once again excelled at what he does best, channeling his inner John Wayne, meaning he shot from every possible angle.

Perhaps someone should tell him to watch Unforgiven with Clint Eastwood instead. 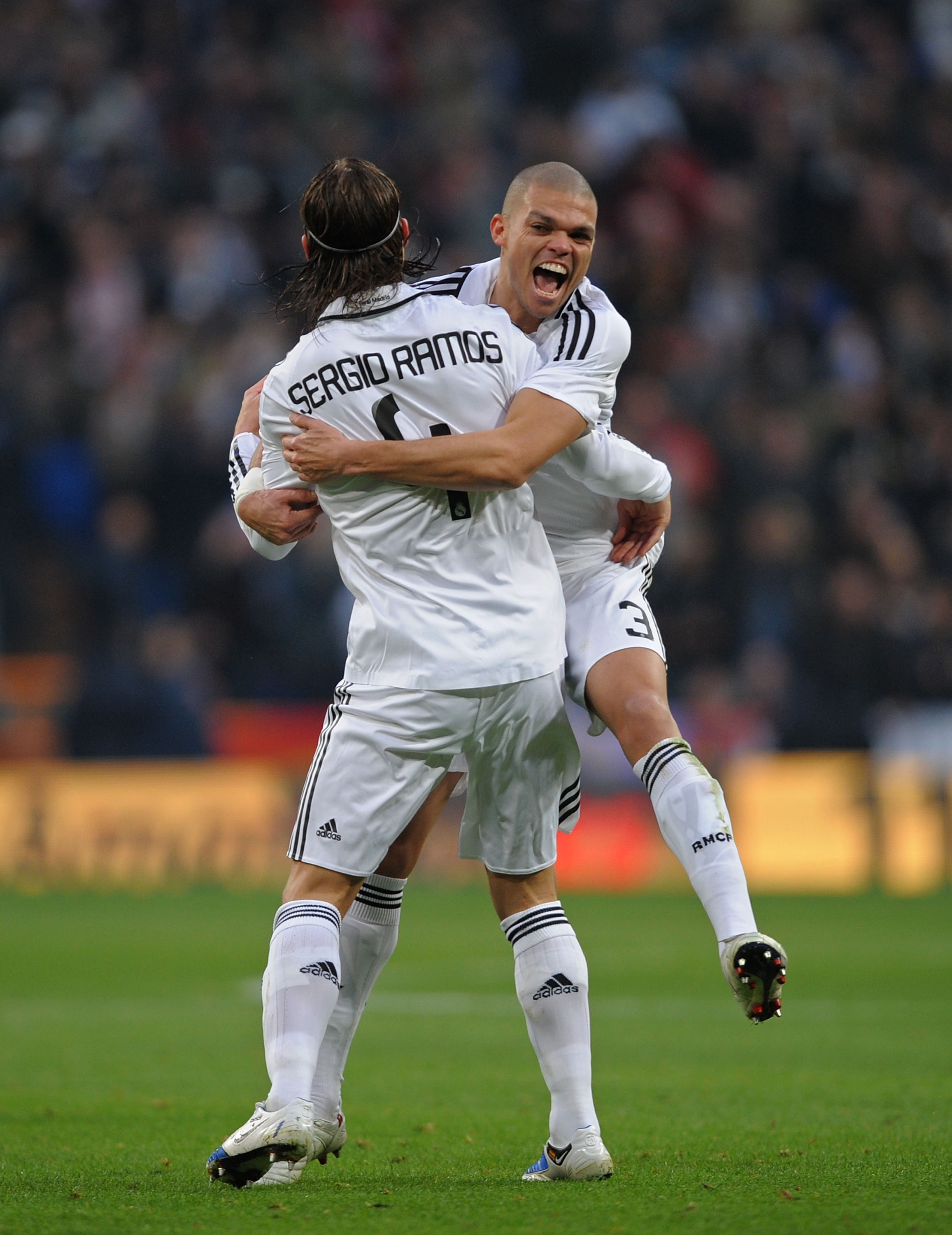 If there was a stand-out performer in Real Madrid’s ranks, it had to be Pepe.

Even though he isn’t really comfortable with the ball at his feet. he did stifle the creative juices of both, Xavi and Iniesta. By any account, that is no mean feat.

However, Pepe and his Blancos cohort, Sergio Ramos, are known to be rather short-tempered.

The latter has broken Madrid all-time record for red cards in less than six years with the club, look no further than the Clasico in November 2010.

While Pepe….well, Pepe can go off at any time. Besides, he has the body-control of a six year old. Expect one of the two, or both to receive a red card over the remaining three games. 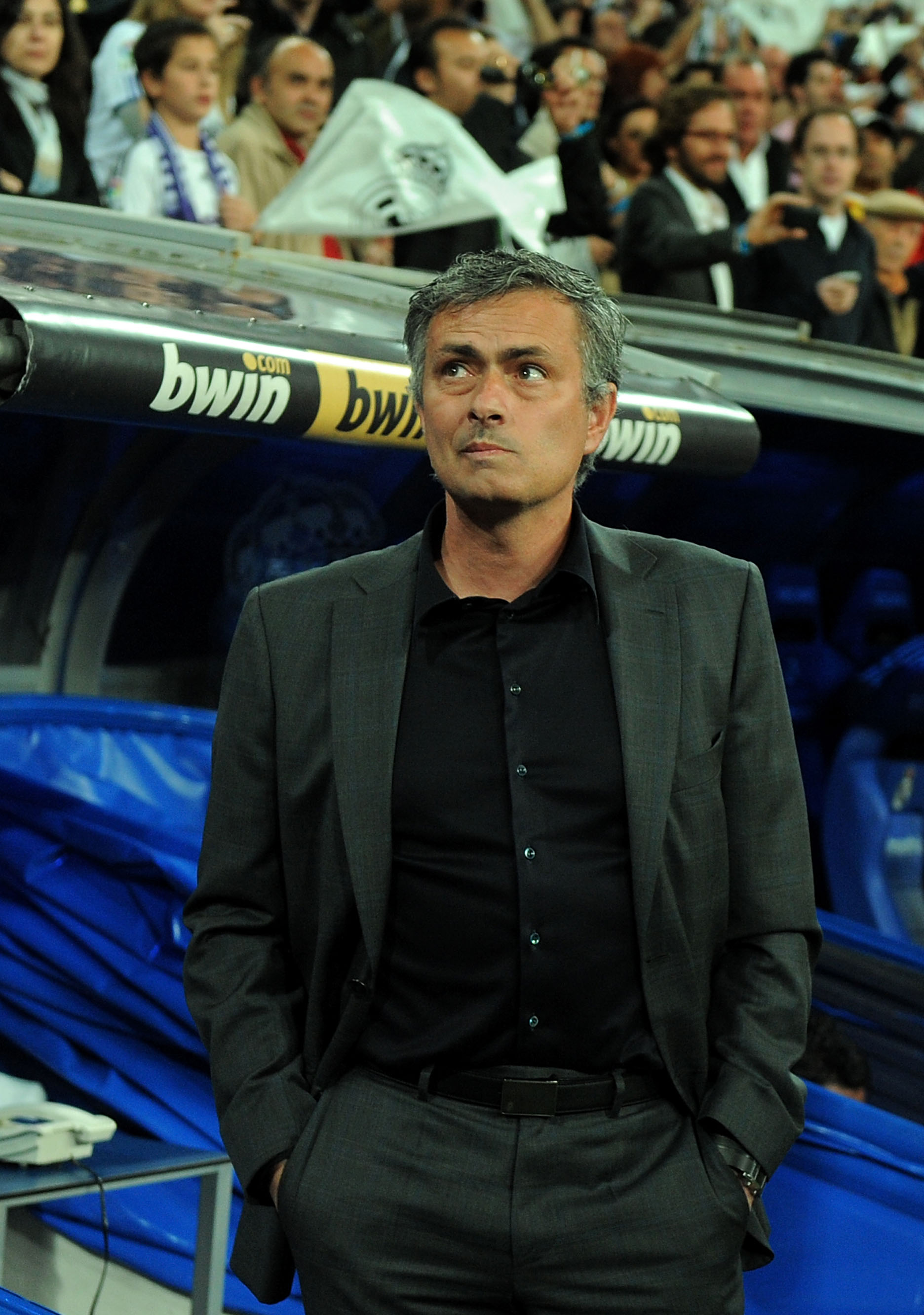 Maybe the continued admiration of FC Barcelona’s brand of football throughout the world has caused the Madrid fans to turn a blind eye to their team’s latest performance in their quest for silverware.

But accepting four games of anti-football?

That would be a stretch, even for the most ardent Merengue. At one point or another Madrid fans will pull out the white handkerchiefs.

Playing FC Barcelona is hard enough; being booed by the home crowd is even harder. 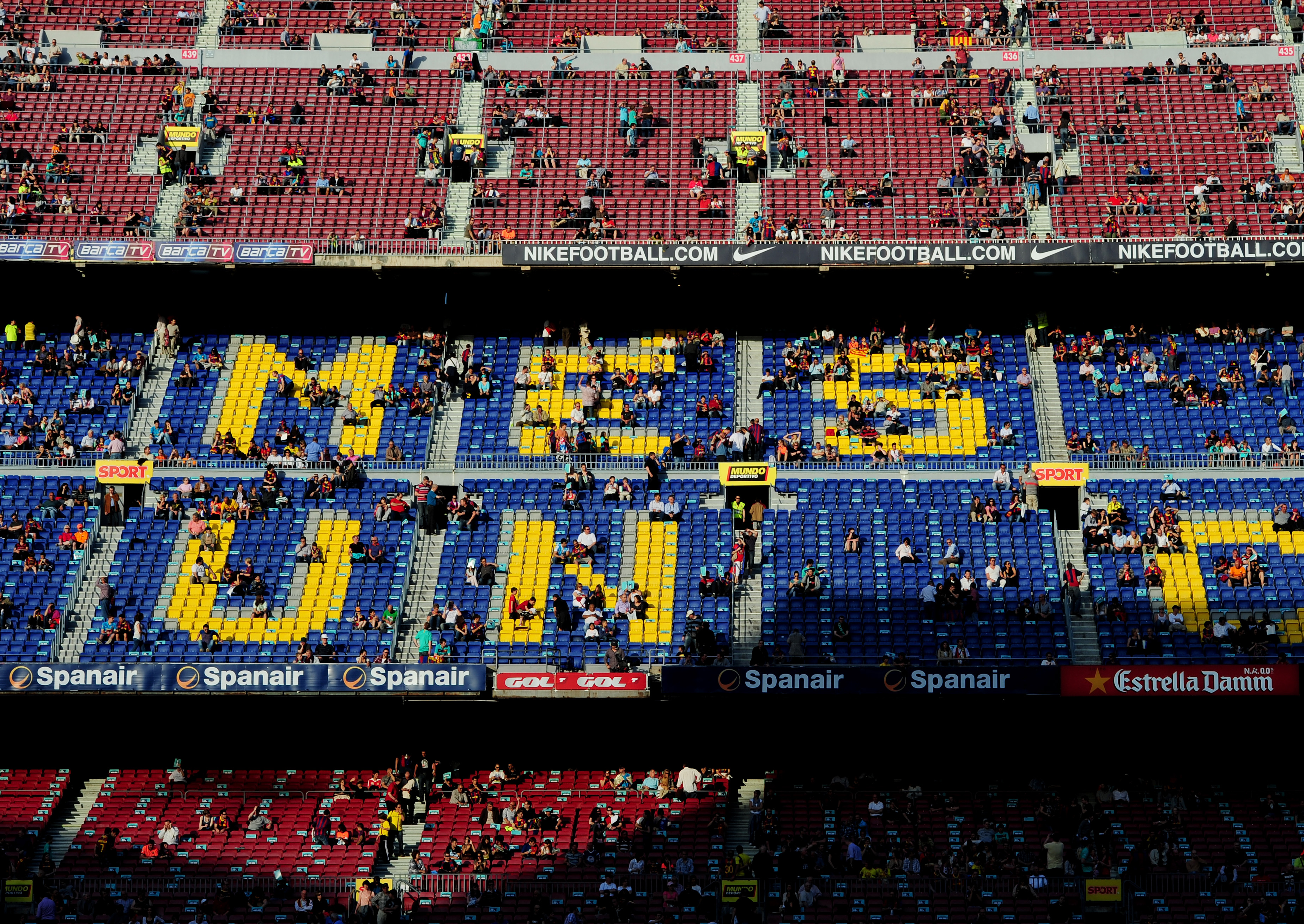 What else is there to say, if there’s a venue that is an absolute nightmare for Real Madrid, it’s the Camp Nou.

Before and after Clasico’s, being a Madrid player or fan anywhere near the Camp Nou is nothing short of madness.

Not even foreign ministers need as much security as Real Madrid and its personnel when they visit FC Barcelona. Foreign objects have been known to defy the rules of gravity and fly at the team bus, players and the pitch.

Culé have quite the reputation for even canceling out the noise of landing airplanes. Now imagine being a Madrid player. 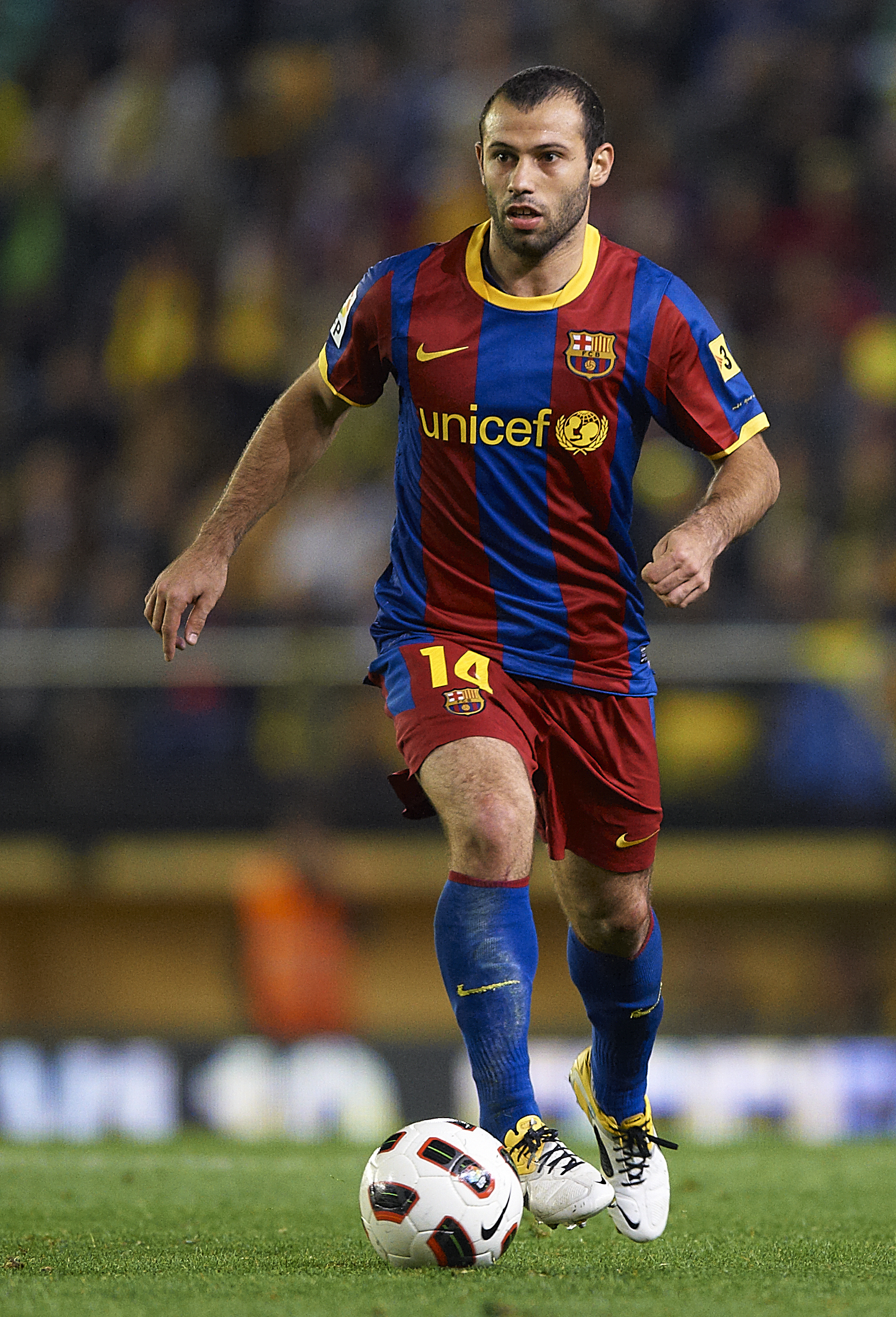 Anything Pepe can do, Javier Mascherano can do a lot better.

The Argentine captain has showed considerable improvement over his last few outings in a FC Barcelona shirt and I’m assuming he can only become better.

He does however remains, arguably, the best tackler in football, period.

If FC Barcelona is lacking a physical element in their game, El Jefe provides plenty.

As Cristiano Ronaldo, and all of the Premier League, can attest, Javier Mascherano is not known for taking prisoners. He is a superb tackler and knows how to play a neat pass or two if he has to.

Pepe can defend; Mascherano can defend and then some. 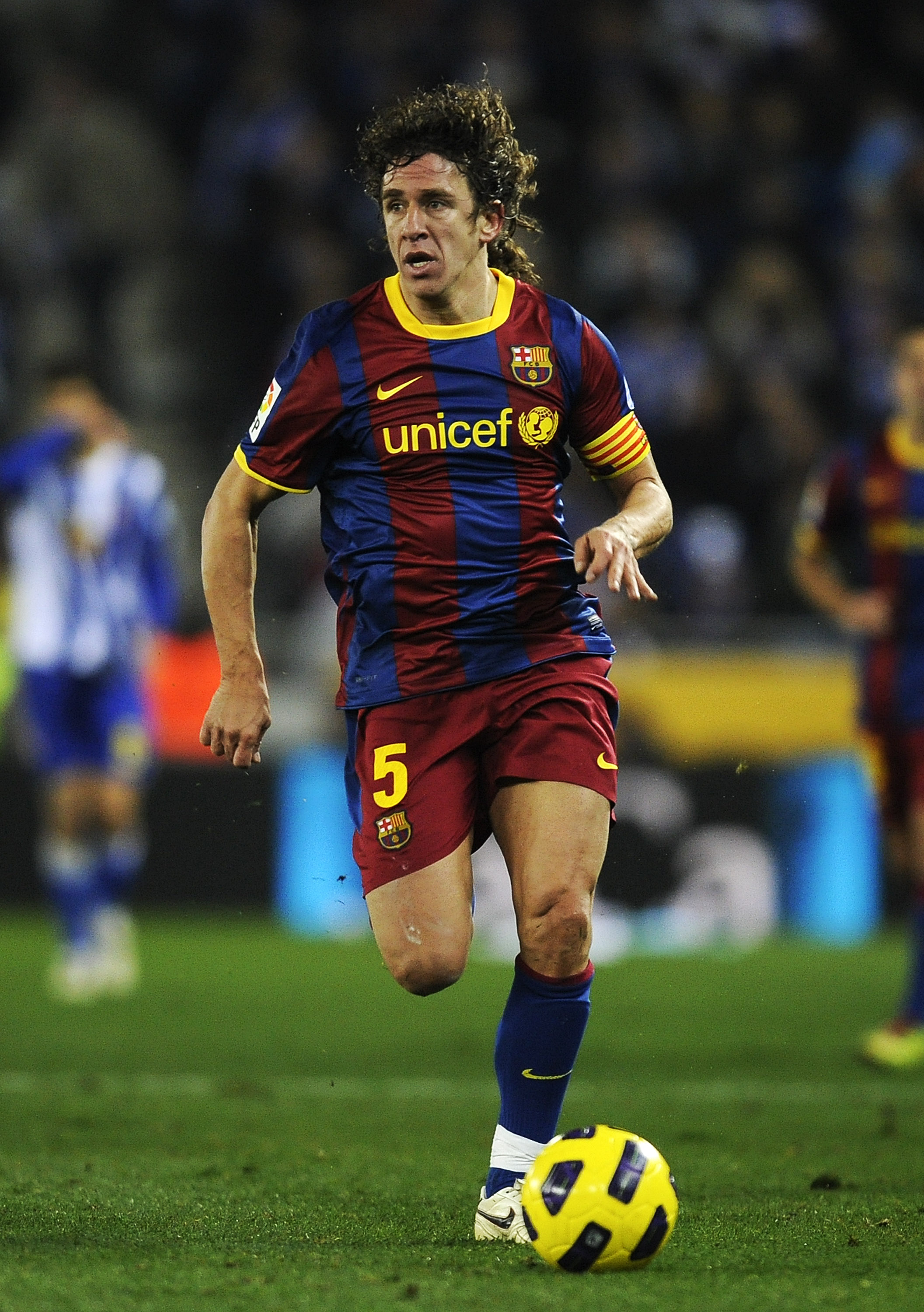 It is quite a testament to Puyi’s influence in the FC Barcelona team.

Carles Puyol is far and away the weakest player on the ball in Barca’s ranks.

However, without him FC Barcelona’s defense looks like a rather fragile construct. It’s no coincidence that they conceded a penalty after Puyol left the pitch.

If Xavi makes his teammates better players, then Carles Puyol makes them even more confident. The only Barca defender with as much passion is sidelined; Eric Abidal. 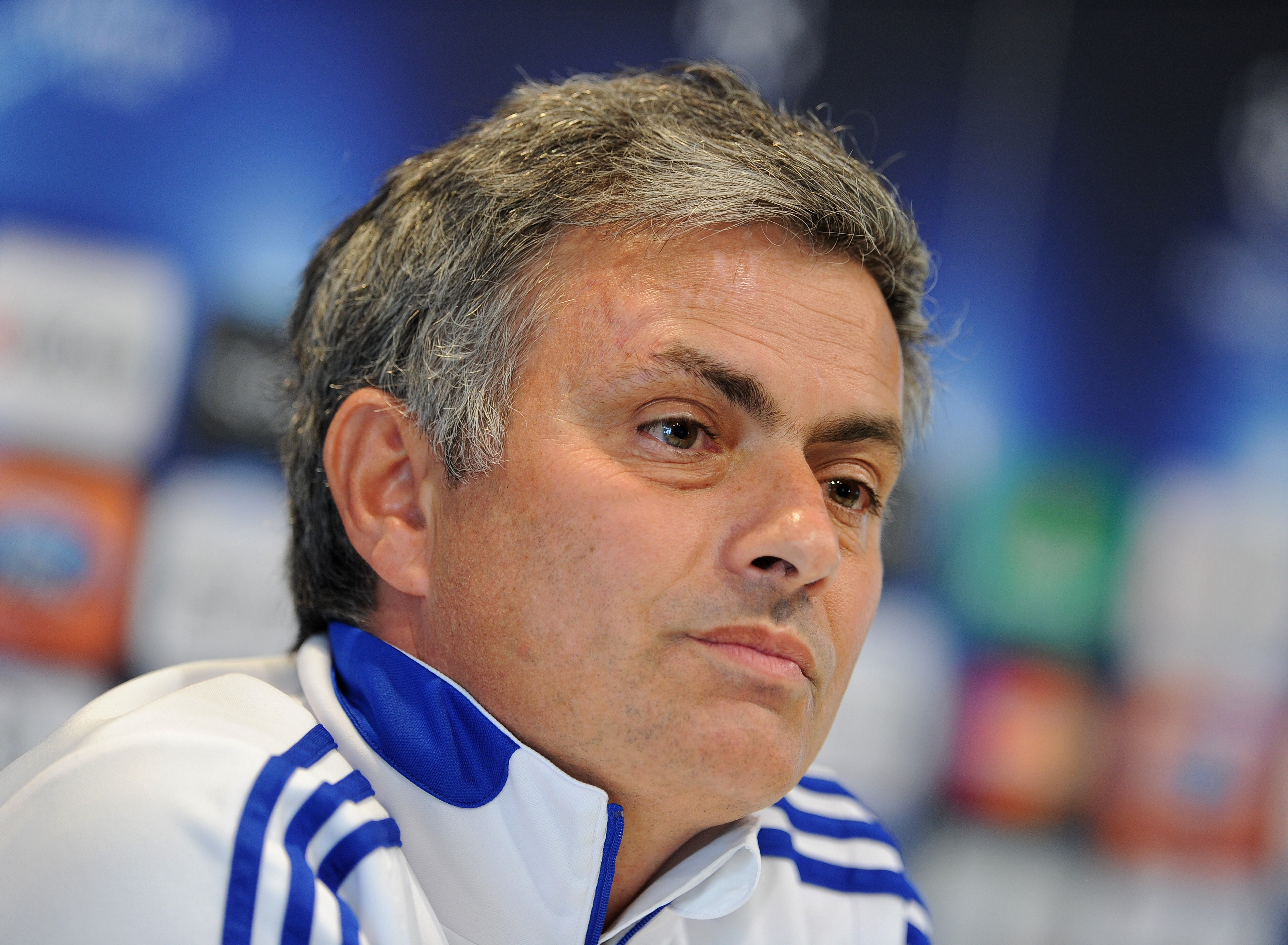 Credit where credit is due: Jose Mourinho made Inter Milan treble-winners. But none of his players were quite as arrogant as his current crop of Madrid superstars.

Not a week goes by where a Madrid player doesn’t feel inclined to champion the Merengues as the best team in the world. But so far it has always backfired on them.

Sergio Ramos back in 2009 “…we will beat FC Barcelona in the Santiago Bernabeu”. Result: 2-6

Marcelo in April 2010 (he always predicts a Madrid victory) “…we will win against Barca”. Result: 0-2

Cristiano Ronaldo before the Clasico in November “…let’s see if they (FC Barcelona) can beat us 8-0”. Result: 5-0

Personally, I do hope to hear another of these ill-advised forecasts. 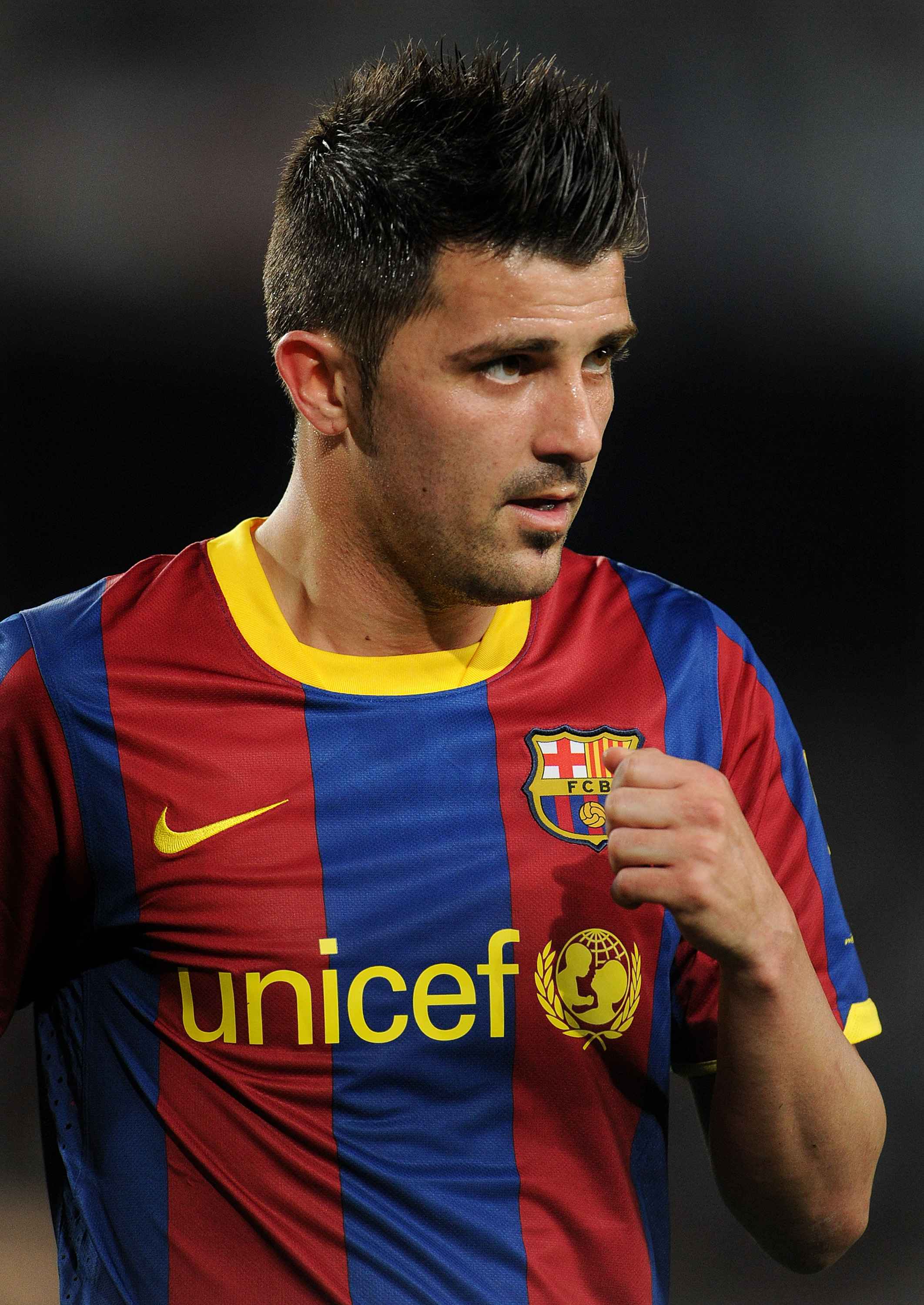 El Guaje was one of the heroes in the 5-0 thrashing of Real Madrid back in November 2010.

But for the better part of 2011 he is trying to emulate his predecessor Zlatan Ibrahimovic.

Perhaps he is trying to outdo his personal streak of 11 games without scoring (he is at 10 now) but since the next Clasico is to be played in his former home, the Mestalla, one wouldn’t bet against him to break end his drought.

And once the floodgate is open, the goals will come again. 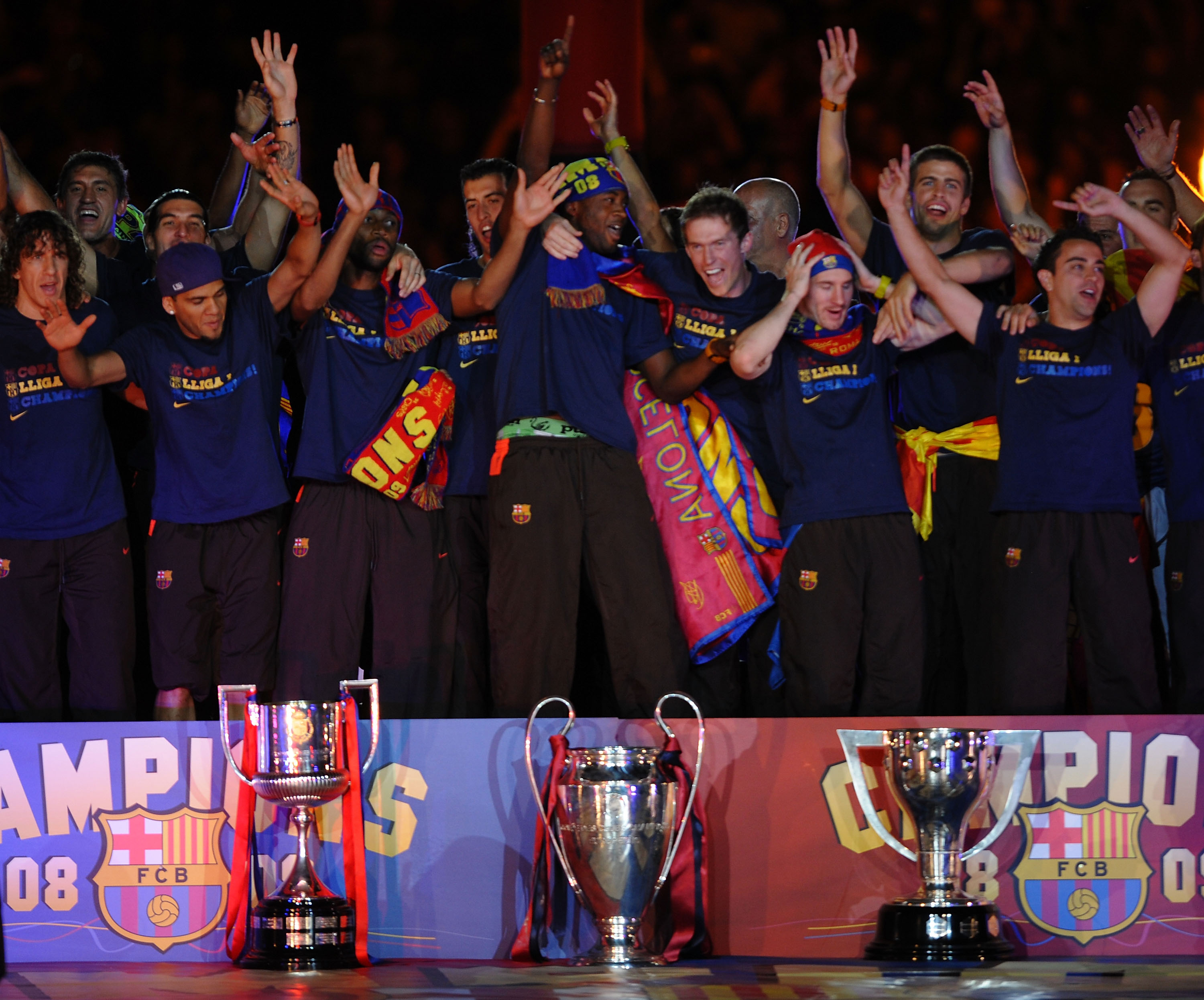 In 2008 FC Barcelona had lost their opening game too, only to achieve the treble in this very campaign.

They also entered April as league leaders and faced the prospect of a Champions League Final against none other than Manchester United.

As it stands, Manchester United are well-equipped to defeat overachievers Schalke 04 and progress to the final.

Maybe it is fate, maybe just a pure coincidence but not even Hollywood could come up with such a storyline (and there have been some very bad sequels in recent history).

If FC Barcelona defeats Real Madrid in both cup competitions, I suggest that every Culé buys a copy of Boyz II Men’s “End of the road” for their Real Madrid friends.