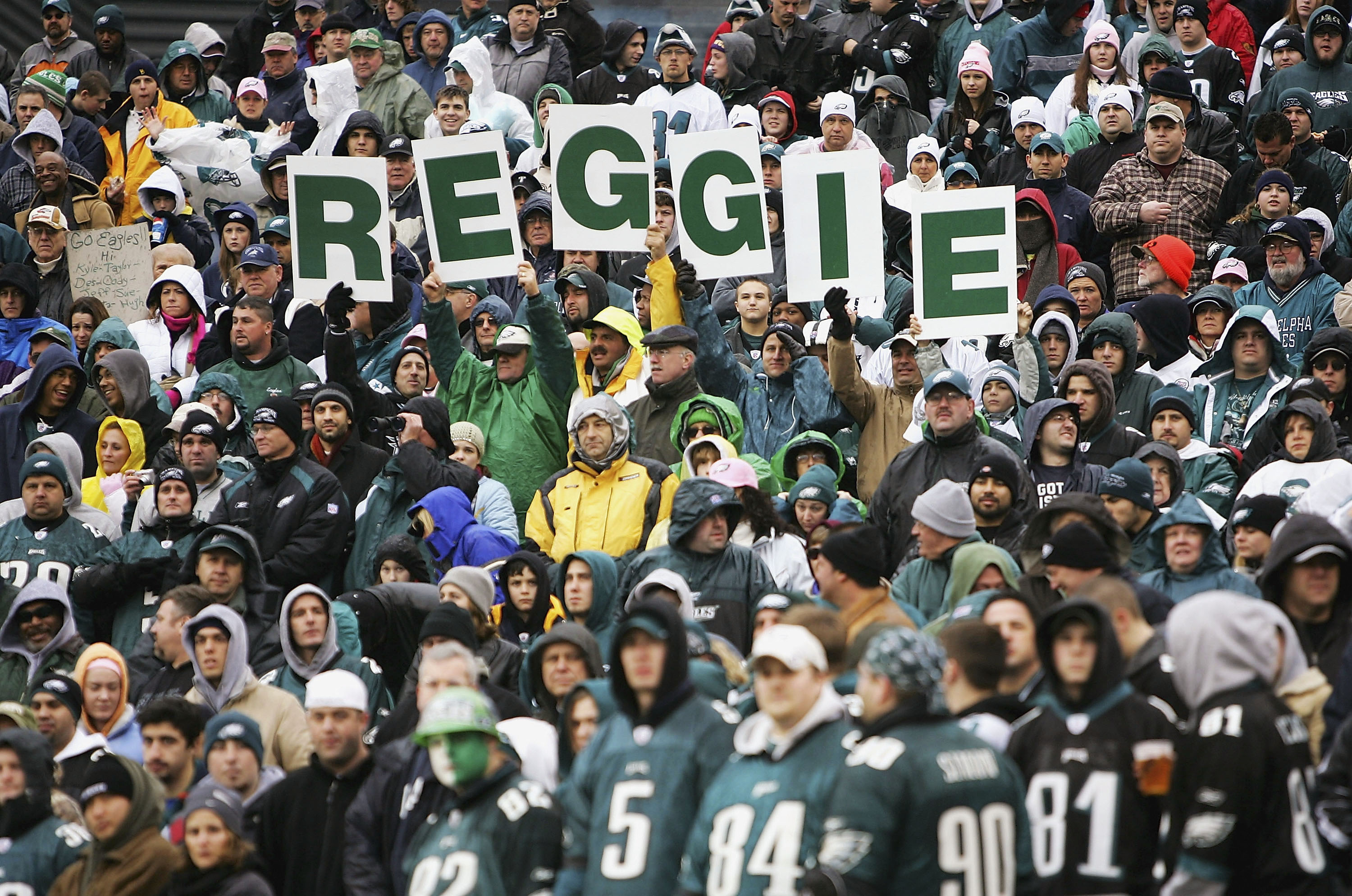 Say what you will about the history of the Philadelphia Eagles, this is a team that has known great pass rushers.  From Chuck Bednarik to Trent Cole, the Eagles and their fans have always prided themselves on their tenacious defense.

As the publicity surrounding head injuries and concussions grows, however, the days of the devastating quarterback killer may be behind us, as the NFL does what it can to minimize the devastating effects of what we know casually as "an NFL career."

So let's enjoy our greatest hitters while we still can.

Here's a look at the top 10 pass rushers in Philadelphia Eagles history. 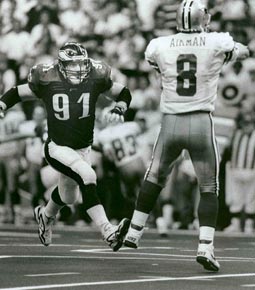 With 39.5 career sacks, Andy Harmon is the Philadelphia Eagles' career leader in sacks by a defensive tackle. 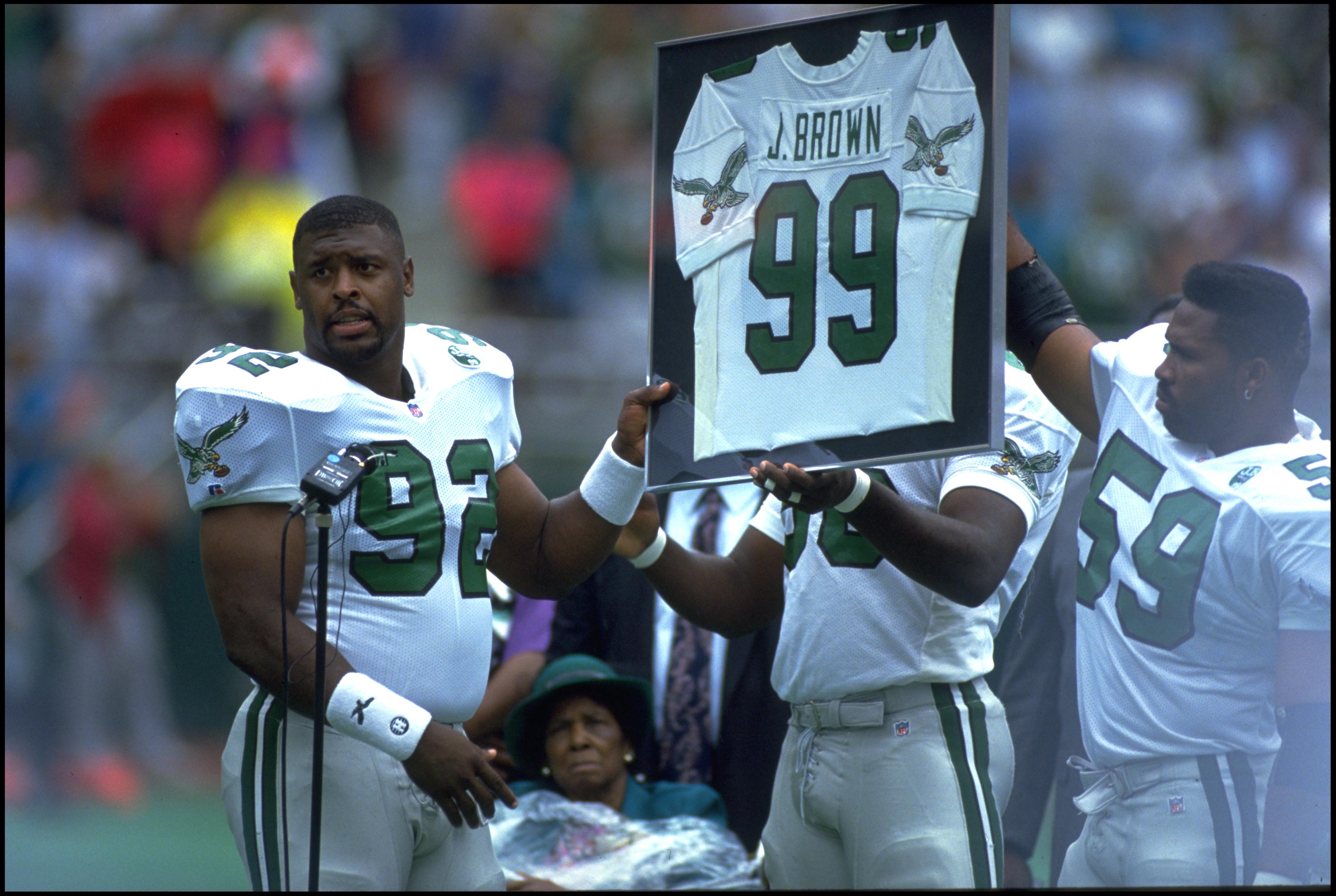 One of the scariest defensive linemen in the league at the time of his death, Jerome Brown was part of the symbiotic Eagles defense, which fed off of each others' pressure to collectively assault the quarterback. 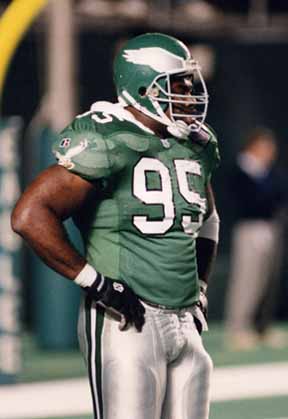 In just three years with the Eagles after eight seasons with the Houston Oilers, William Fuller enjoyed his finest three-year stretch, and one of the best in Eagles history.  Fuller had 35.5 sacks in just 45 games, and he was voted to the Pro Bowl all three years. 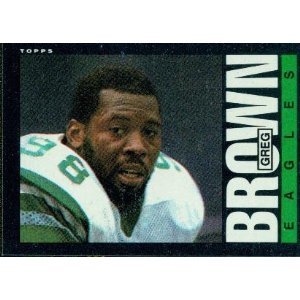 Greg Brown had a brief-but-dominant career, recording 50.2 career sacks in the five seasons after sacks began being recorded. 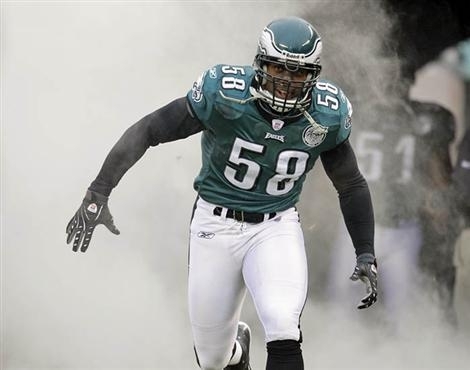 Trent Cole has quietly, but steadily, climbed the Eagles' career sacks chart.  He is now third, behind only Clyde Simmons and Reggie White, and he is currently still in his prime with plenty of playing days ahead of him.  To this point, Cole has lacked that singularly dominant season, but he has consistently been very good. 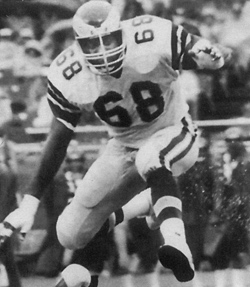 The NFL did not start keeping sacks as a stat until 1982.  In the three years after they started keeping the stat, William Harrison had 10 or more sacks three years in a row, including 10.5 in just nine games in '82. 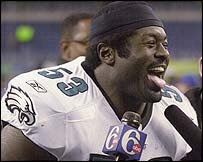 Hugh Douglas did not spend his entire career in Philadelphia, but it sure felt like he did.  He had 12.5 or more sacks three times in five years and finished as the Eagles' fourth all-time leading sacker in just 48 career starts. 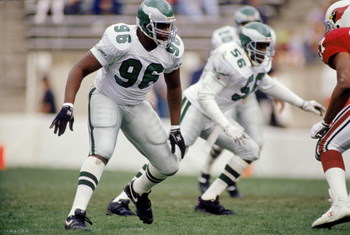 Clyde Simmons is the Eagles second all-time leader in sacks and led the league in sacks with 19 in 1992, the year that the Eagles established themselves as one of the greatest defenses of all-time. 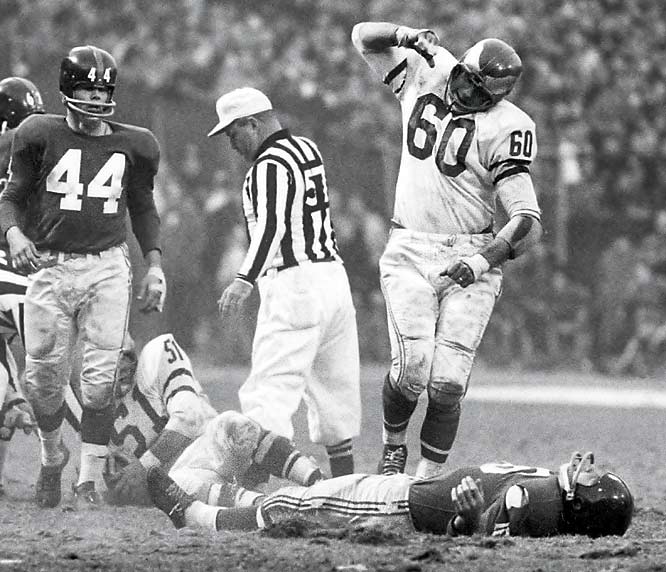 Chuck Bednarik is generally regarded as one of the fiercest hitters of all-time.  If the sack statistic had been kept during his day, who knows how many sacks he might have had.

This hit on Frank Gifford is one of the most well known in football history. 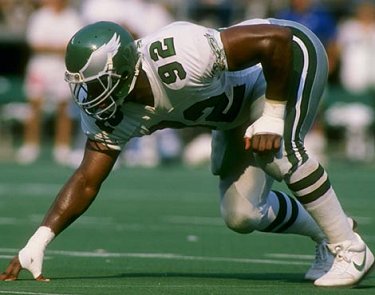 One of the greatest pass-rushers in NFL history, Reggie White had his finest seasons in Philadelphia. White averaged over a sack per game, a preposterous statistic that would be hard to believe if we had not seen it with our own eyes.