NASCAR at Talladega: Seven Drivers Who Could Pull off the Upset This Weekend 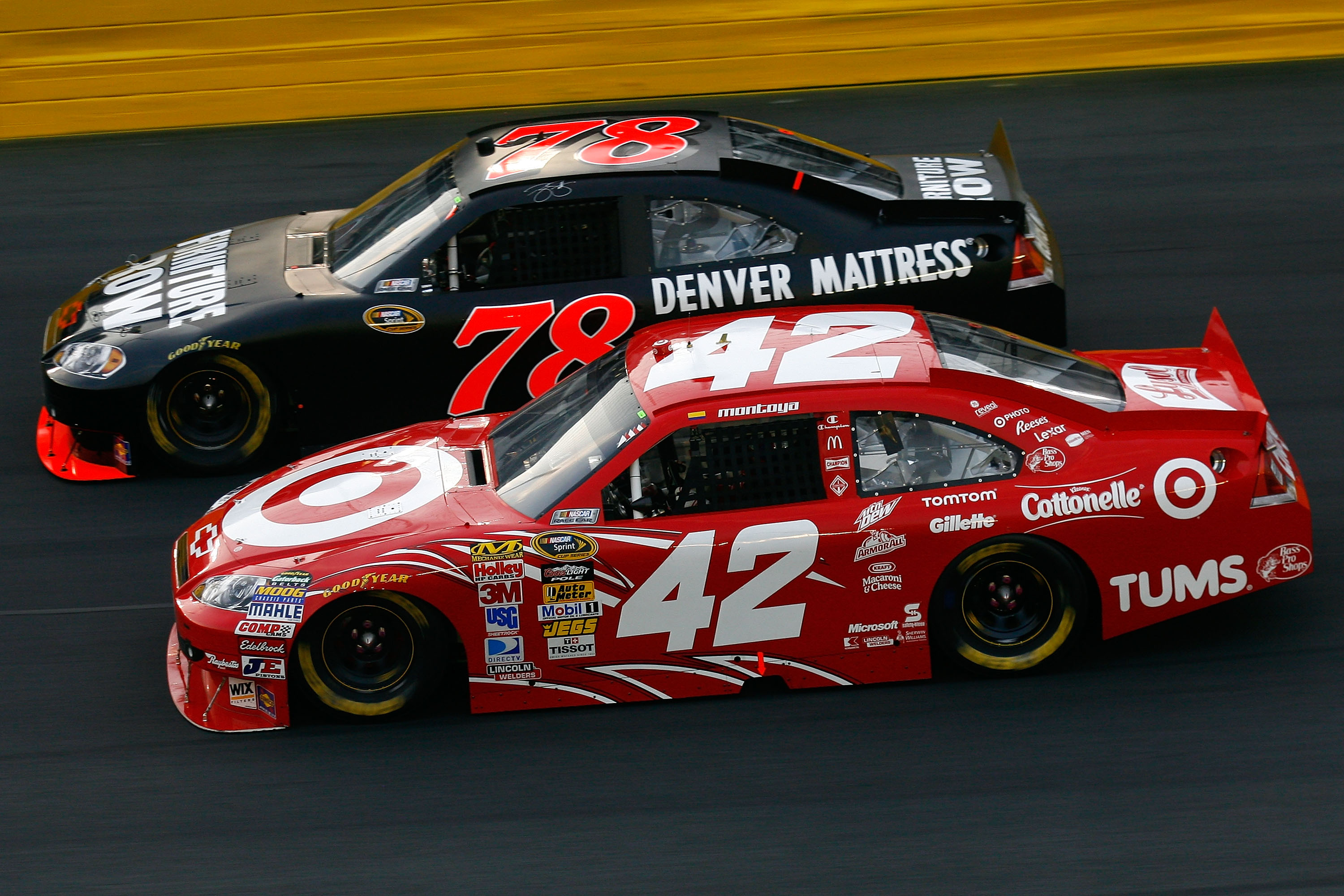 There is no denying that this weekends Sprint Cup race at Talladega is the biggest wild card race of the 26 race regular season. At most tracks that the series stops at, you can easily pick out a handful of drivers that would easily be considered the favorites.

When we go to Talladega however, you can easily pick out about 35 drivers that could be considered the favorite. This track has a knack for providing dramatic finishes, and sometimes surprise winners.

While there is no doubt that guys like Jimmie Johnson and Kyle Busch will still be considered favorites, this is a real opportunity for one of those underrated drivers to make a big time name for themselves.

I will take a look at seven drivers that could be major factors as the race reaches its conclusion this weekend. While these seven drivers may not be considered favorites at some of the other tracks on the schedule, Talladega will certainly provide them a great chance to upset some of the traditional favorites. 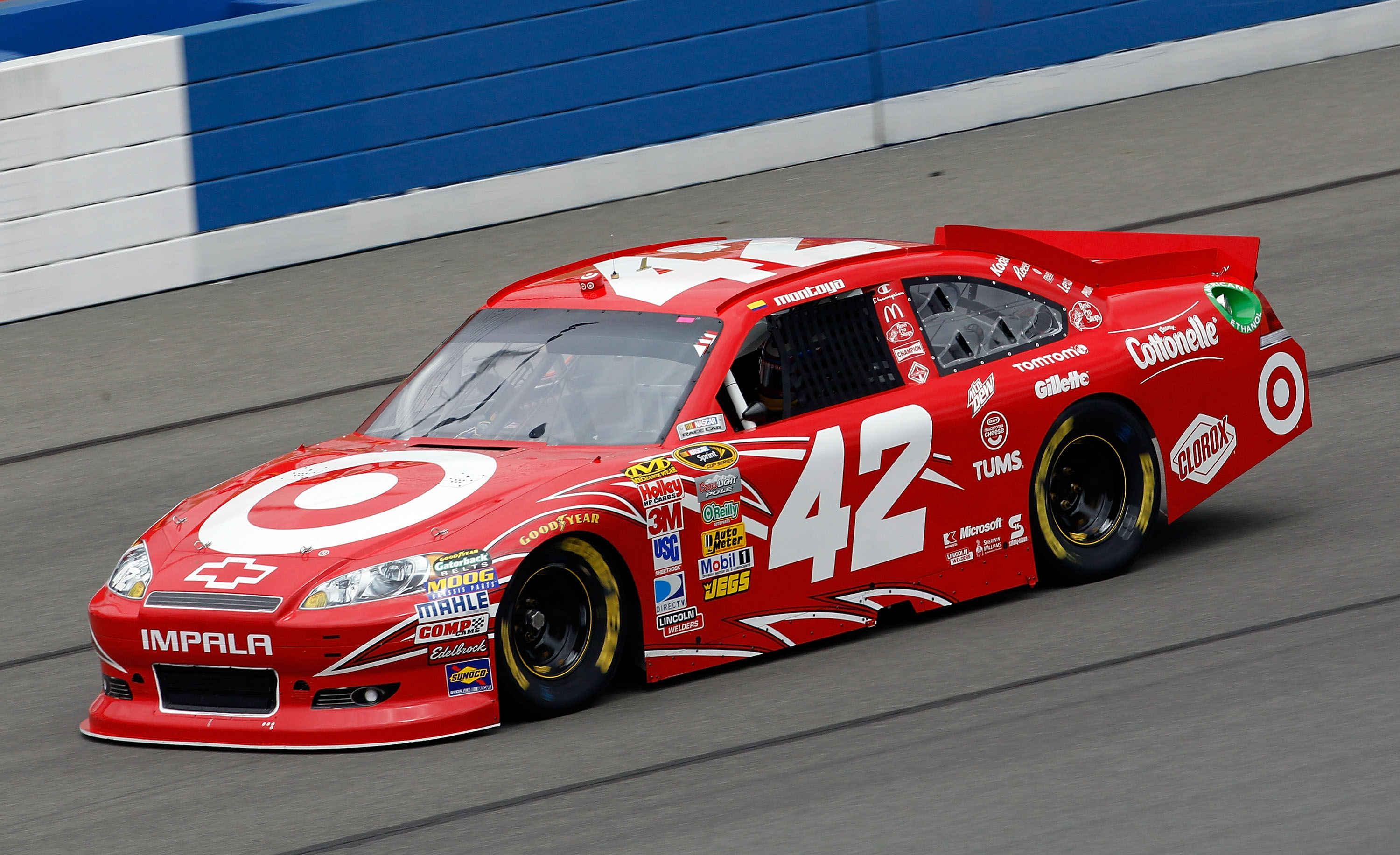 By now we all know that Juan Montoya has yet to score a win on an oval. He has two career wins in the Sprint Cup Series, and both of them have come on the road courses. It has long been assumed that he would score that elusive oval track win sooner rather than later, and this weekend would be the perfect time for him to do it.

Montoya has proven to be quite proficient on the restrictor plate tracks as of late. He finished sixth at this years Daytona 500, and by all accounts this weekends race at Talladega should look eerily similar to the 500 in terms of the two by two racing that ruled the day.

In his last seven restrictor plate races, Montoya has five top 10 finishes, including third place finishes each of the last two times he has been at Talladega.

He has also scored two poles at Talladega, further proving that Montoya really knows his way around the 2.66 mile super speedway. 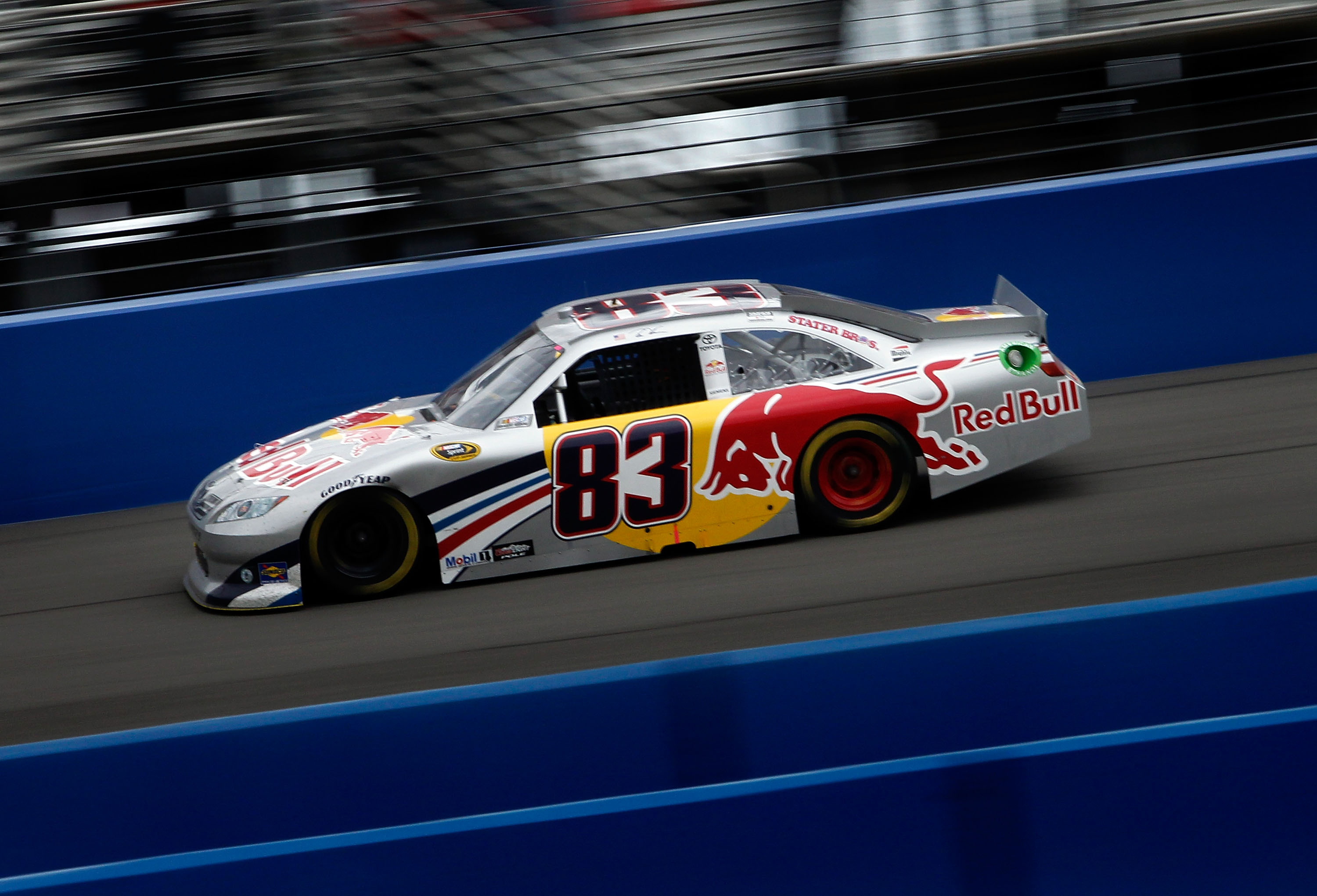 For his career, Talladega has been hit or miss for Brian Vickers. He has 12 career starts at the biggest track on the circuit. In half of those starts Vickers has finished 13th or better, but in the other six races there each of his finishes has been 27th or worse.

Vickers scored his first career win at Talladega back in the fall of 2006, in a controversial finish. And while not all of his finishes reflect how well he runs there, he has managed to lead laps in nine of his 12 starts there.

While his finish at Daytona earlier in the season was only a 31st place effort, Vickers has shown that he can be very competitive at the restrictor plate tracks, and now that he has some seat time under his belt in his comeback, I would look for him to run towards the front of the pack all race long. 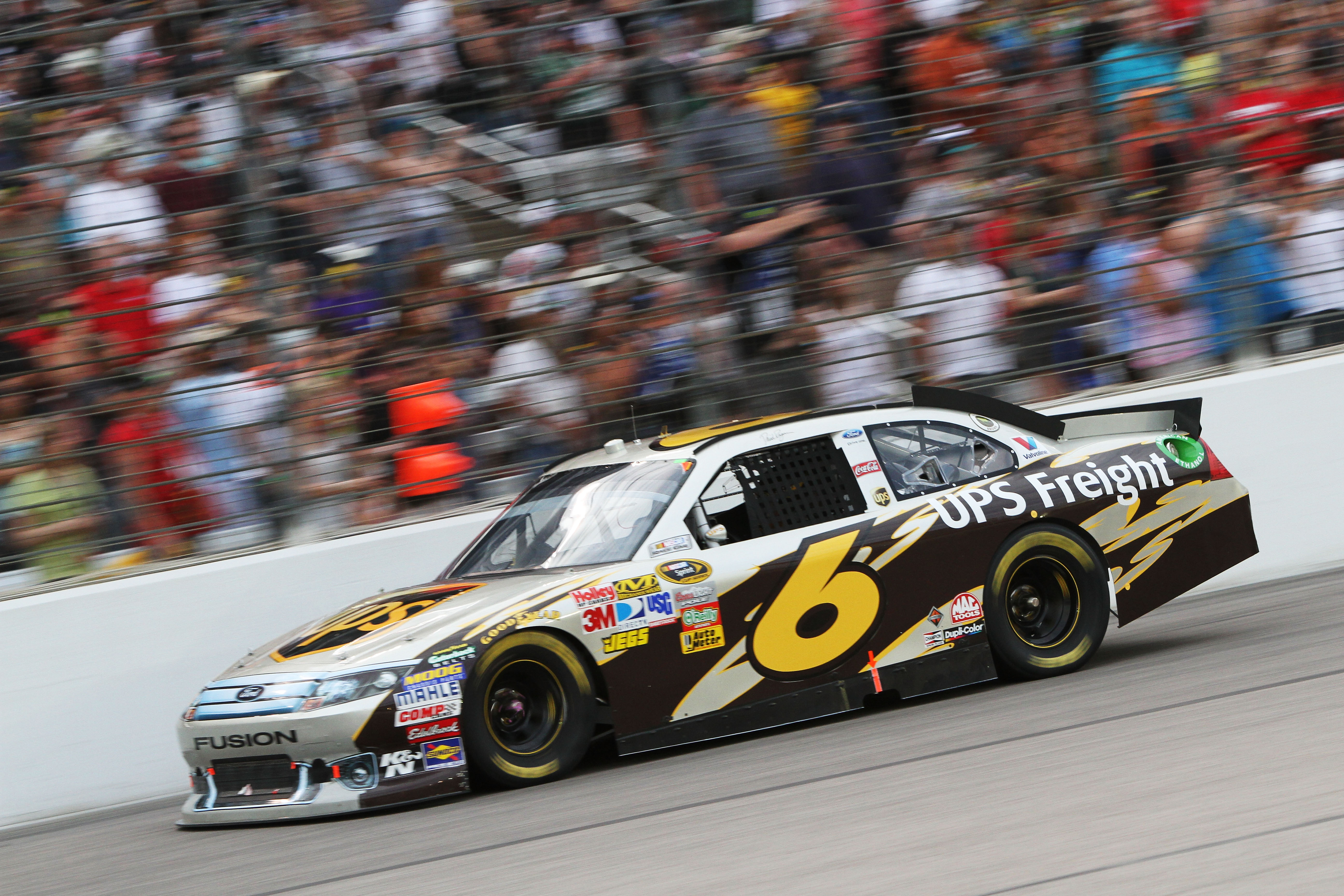 If David Ragan were to find a way to win his first career race this weekend, it might not even be considered that much of an upset. Ragan has running very strong over the last few weeks, and was one penalty away from winning the Daytona 500 earlier this season.

Ragan has always been strong when it comes to the restrictor plate races. In eight races at Talladega, Ragan six finishes inside the top 20, including a career best finish of third. He has only failed to finish on the lead lap one time in those eight events.

He has also been very strong at Daytona, the other restrictor plate track. In nine starts there, seven of his finishes have been 16th or better.

While Ragan has been somewhat of a disappointment each of the last two seasons, he has shown his most strength on the bigger tracks, so don't be at all surprised to see him score another solid finish this weekend. 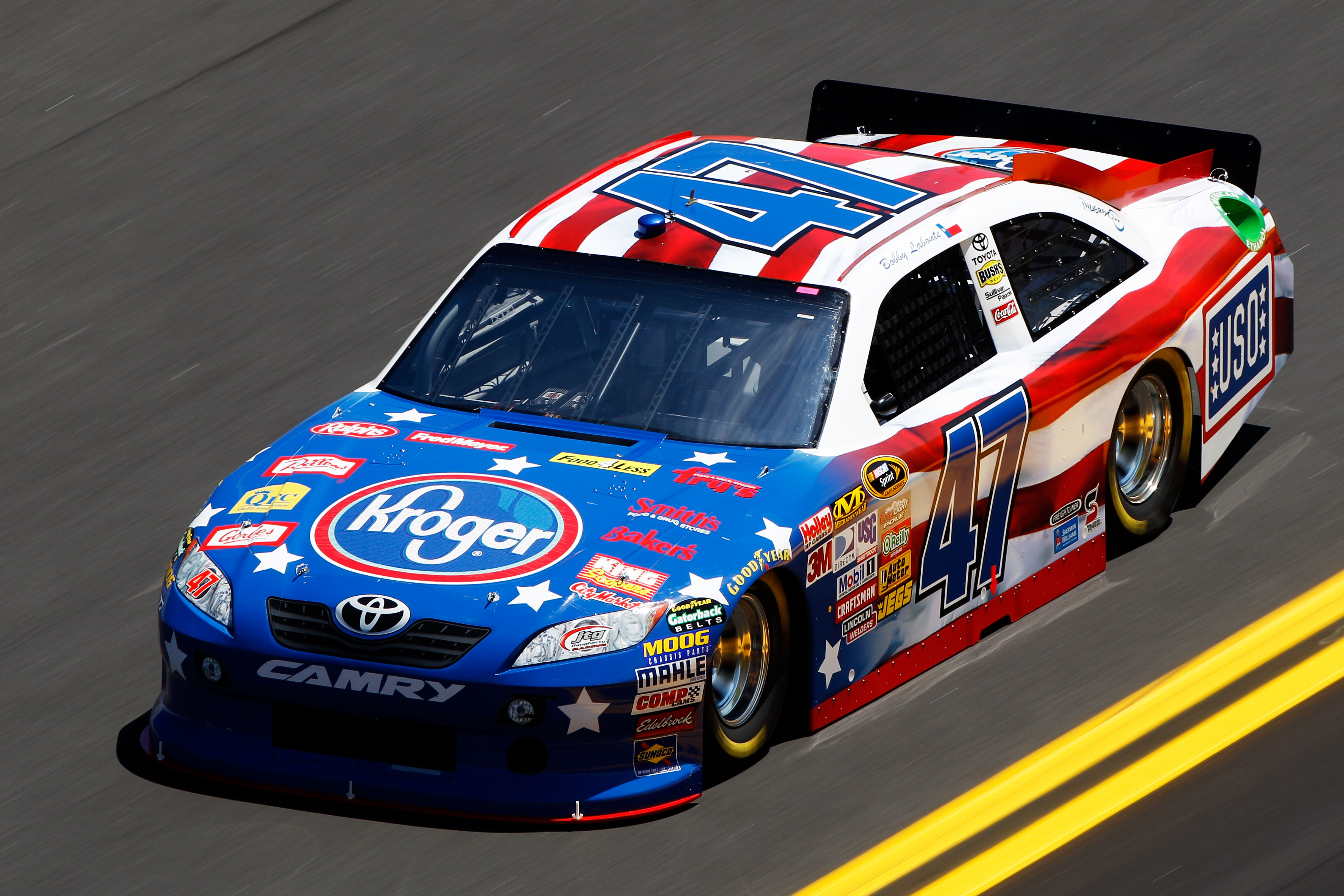 Bobby Labonte was one of the feel good stories that came out of this year's Daytona 500. He put on a late charge, and came out of Daytona with a fourth place finish. That was his best finish since Martinsville in late 2006.

The last few years have not seen the same amount of success for Labonte. He has only finished in the top 10 twice in the last eight trips to the super speedway. But some of that is due to the fact that Labonte has been in sub par equipment for the last few years.

Now, in a quality car, and coming off a top five finish in his last restrictor plate race, Labonte looks to regain his old form at one of the most unpredictable tracks on the schedule. 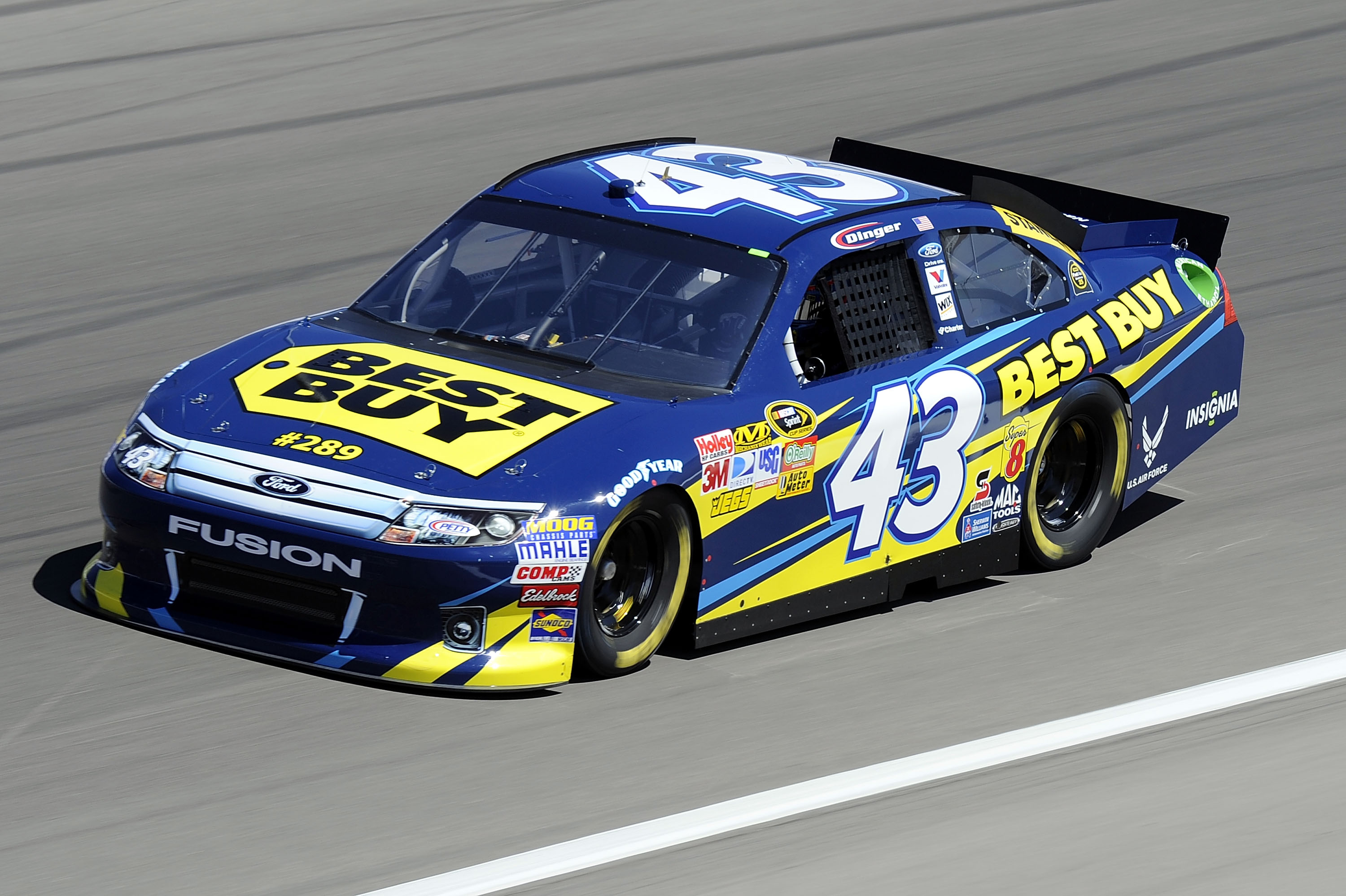 This one may be more of a gut feeling than by basing it on past results. In five career starts at Talladega, Allmendinger has a best finish of just 19th, while the other four finishes are all outside the top 30.

He has fared slightly better at Daytona though. In six starts there, Allmendinger has three finishes inside the top 20, including a career best finish of third back in 2009. So, while his Talladega numbers aren't overly impressive, Allmendinger has at least shown once or twice, that he knows how to handle himself on the restrictor plate tracks.

He is also in the midst of a career best season. While he has just one top 10 through the first seven races, six of his finishes have been inside the top 20, and he currently sits 13th in the point standings.

Allmendinger will look to ride the wave of early season success into a strong run this weekend. 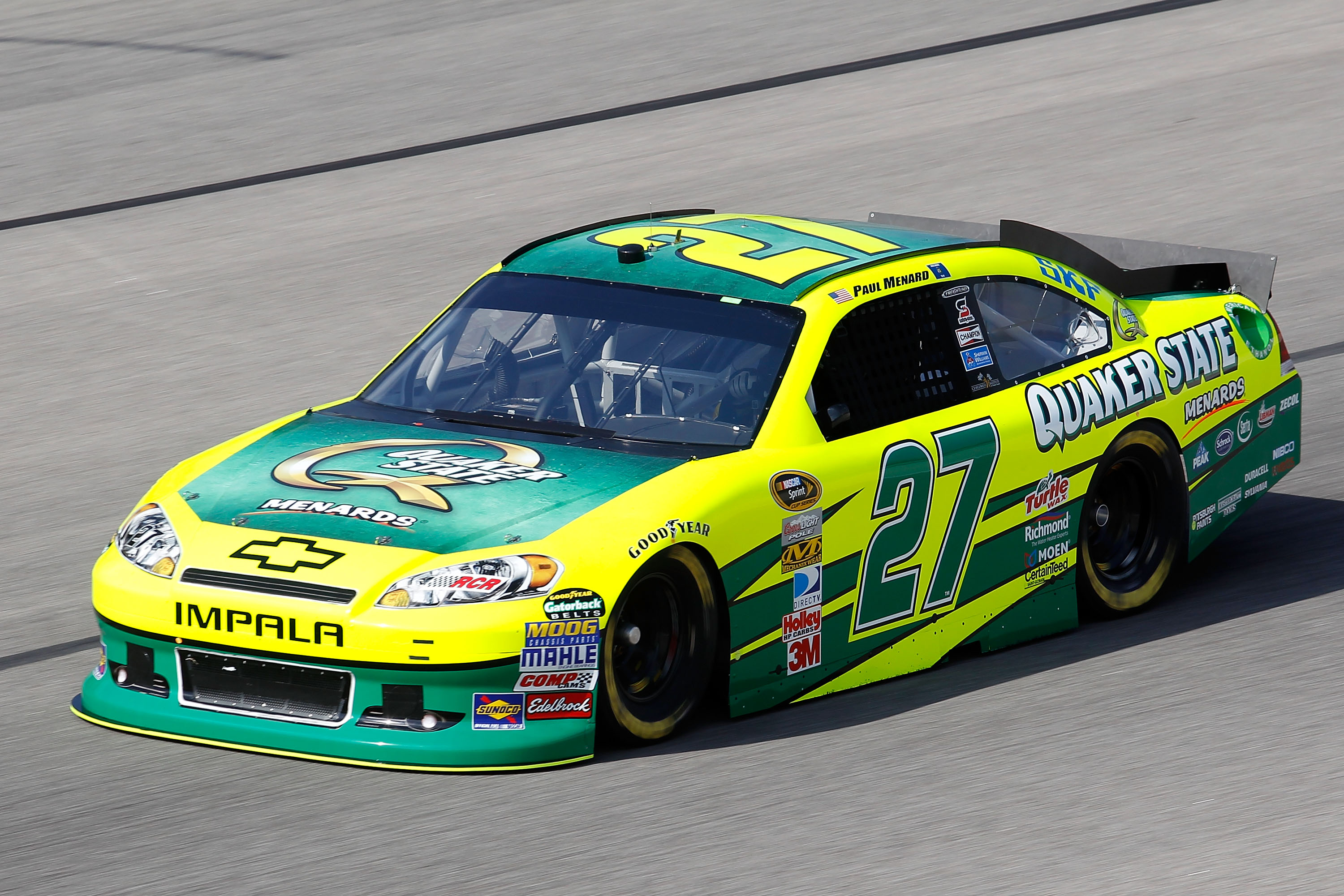 Paul Menard has been the most pleasant surprise thus far in the 2011 season. Through seven races, Menard has three top 10 finishes, which is only three shy of tying his career high that he set last season. Only one of his first seven finishes has been worse than 17th.

He has also scored two top fives, which is already the most he has ever scored in a single season. Menard currently sits 11th in the point standings, which if that held up, would by far be a career best finish for him.

And most impressively, Menard has set a new personal best finish at six out of the seven tracks that the Sprint Cup series has run on thus far this season.

It will be hard for him to set a new personal best at Talladega. Menard's career best finish came here back in 2008 when he finished runner up to Tony Stewart. It's safe to say that the move over to Richard Childress Racing has already paid dividends for Menard, and that trend will continue when at worse, he finishes in the top 10 this weekend as well. 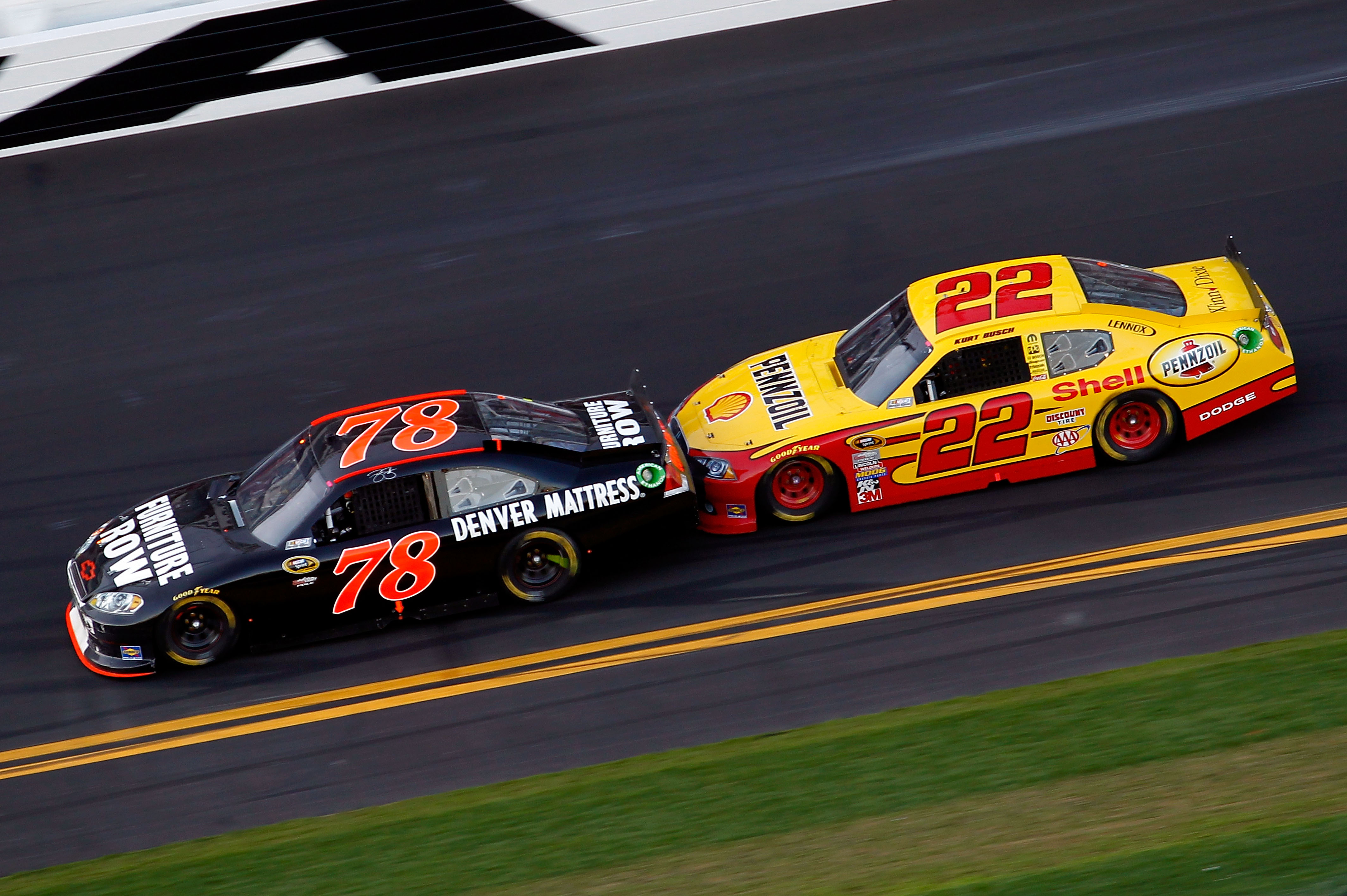 At this year's speedweeks in Daytona, Regan Smith was one of the biggest surprises of the entire week. He scored his first and only career top 10 in the Daytona 500, and it was certainly no fluke.

All week long, Smith was one of, if not the best, pusher. He could latch on to anyone's bumper and push them to the front of the pack. He and Kurt Busch were arguably the best tandem all race long.

That success should carry over into this weekend. Smith has typically been solid at the Alabama track. In seven starts Smith has finished 24th or better five times. The other two finishes were 39th and 38th respectively, but those both came as a result of engine failures.

If nothing else, expect Smith to start up near the front at Talladega. He has been a qualifying machine this season. His average starting position this year is 6.3, which leads the series. His worst starting spot has been a 12th place effort. He also had a 10th place start, but other than that, the other five starts this year have all been in the top five.

While starting spot doesn't necessarily translate to a good finish, Smith showed a lot of strength in Daytona, and since it is expected that the racing will look very similar this weekend in Talladega, expect him to be a factor yet again.