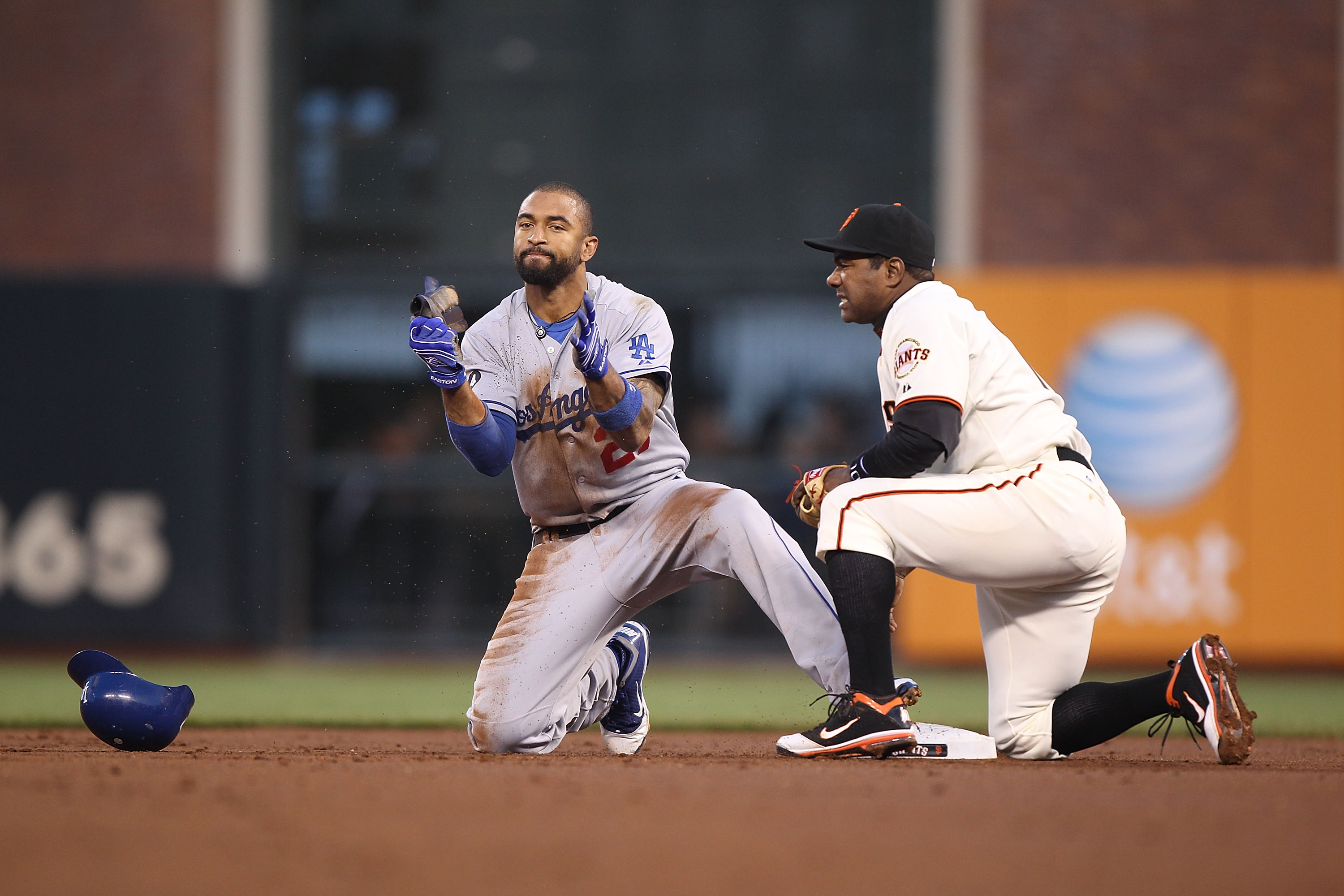 Every year in baseball, surprising or not, we're witnesses to unorthodox outbreaks during the first few weeks of America's pastime.

Quick hitting, hot pitching and all-around great play make-up these specific breakout performances from some of the least expected players.

In 2011, amidst slow and unexpected starts from top-notch players like Albert Pujols, Dan Uggla, Hanley Ramirez, Chris Carpenter and Phil Hughes, other positional hitters and pitchers have stepped their game up and earned the recognition.

Realizing that we've only seen a short sample of the 2011 baseball season, expectations should be in-check.

However, due to the blazing starts that some of these players have accumulated, it's hard not to pay tribute and point out the not so obvious.

With that said, here are the positional players who have out performed the "elite" through the first two weeks of baseball and earned the title, "I can do anything better than you." 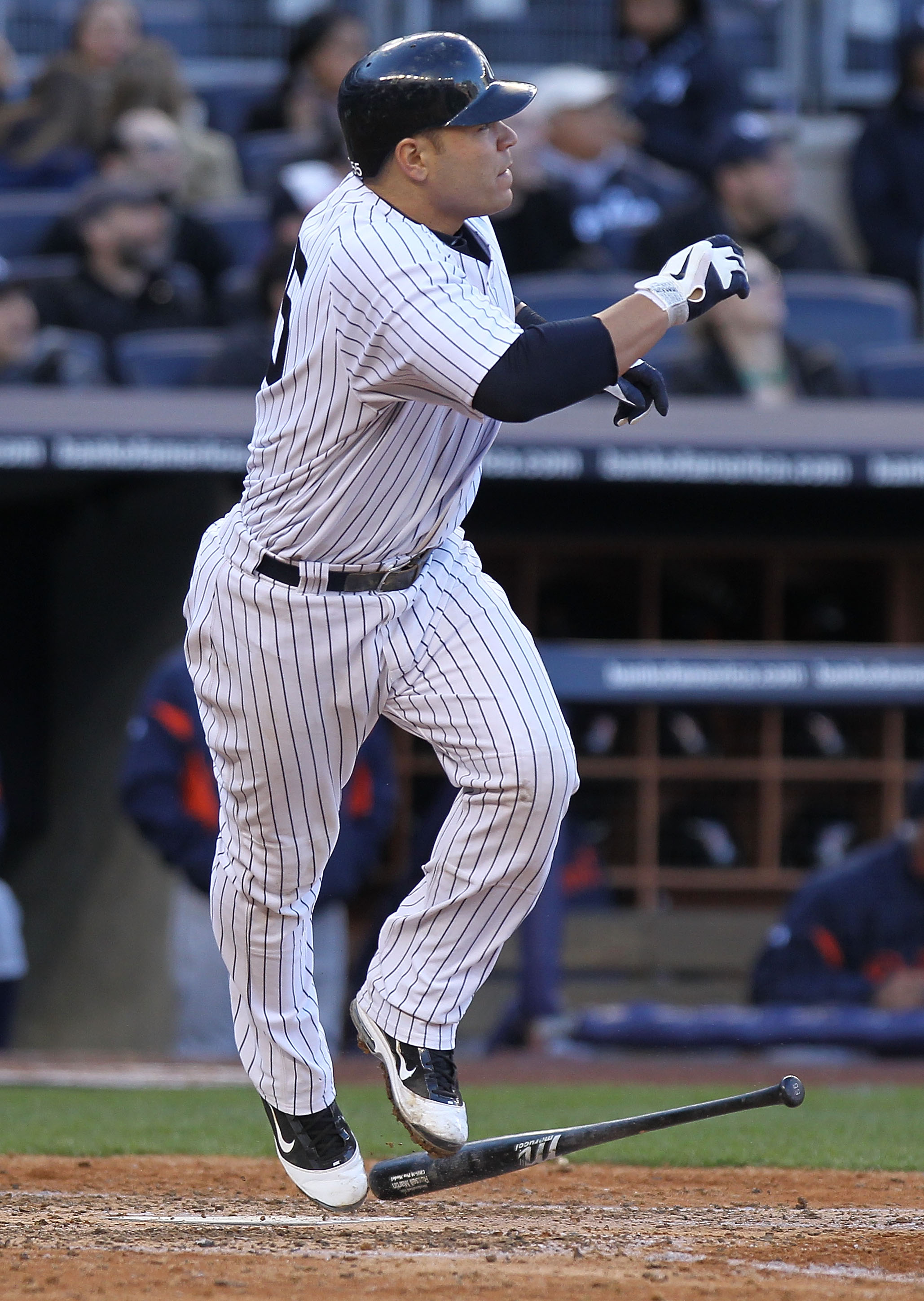 The offseason signing of Russell Martin by the New York Yankees might have been the single-most underrated acquisition of 2011.

Offering power, speed and great game management, Martin has shown why his one-year/$4M contract was more than a clearance sale purchase for New York.

Not to mention he's added two stolen bases, while hitting .300.

If Martin can withstand the wear and tear of an entire season, he'll make the Yankees look like absolute geniuses for signing him to such an inexpensive contract.

Given at-bats, taking into account his scorching start, Martin has the ability to fall in line and finish among the top five catchers in all of baseball.

Especially hitting in a lineup like the New York Yankees have. 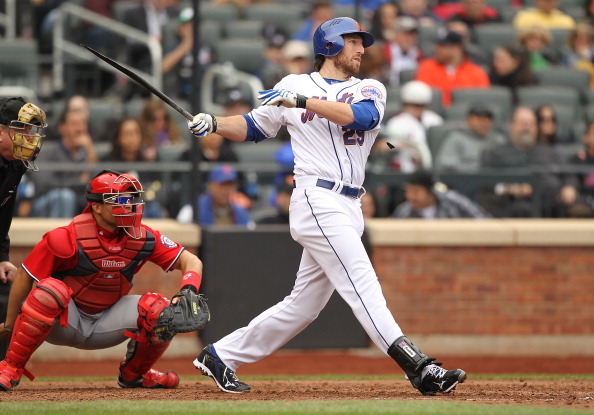 Ike Davis has been an absolute beast at the plate.

Recently setting a Mets record by recording at least one RBI in nine of his first 10 games, Davis has opened eyes around the baseball community.

Currently batting .351, the 24-year-old is tied among first basemen with 11 RBI.

Davis has been a major reason why the New York Mets have won four of their 10 games.

While his production isn't going to win him an NL MVP anytime soon, it's clear that Davis is ready to become a top option at first base at such a young age.

With Beltran back in the lineup and Reyes looking like his old self, the hottest hitter in Queens will have the opportunity to knock in 100 RBI in 2011, something that nobody predicted before the start of the season. 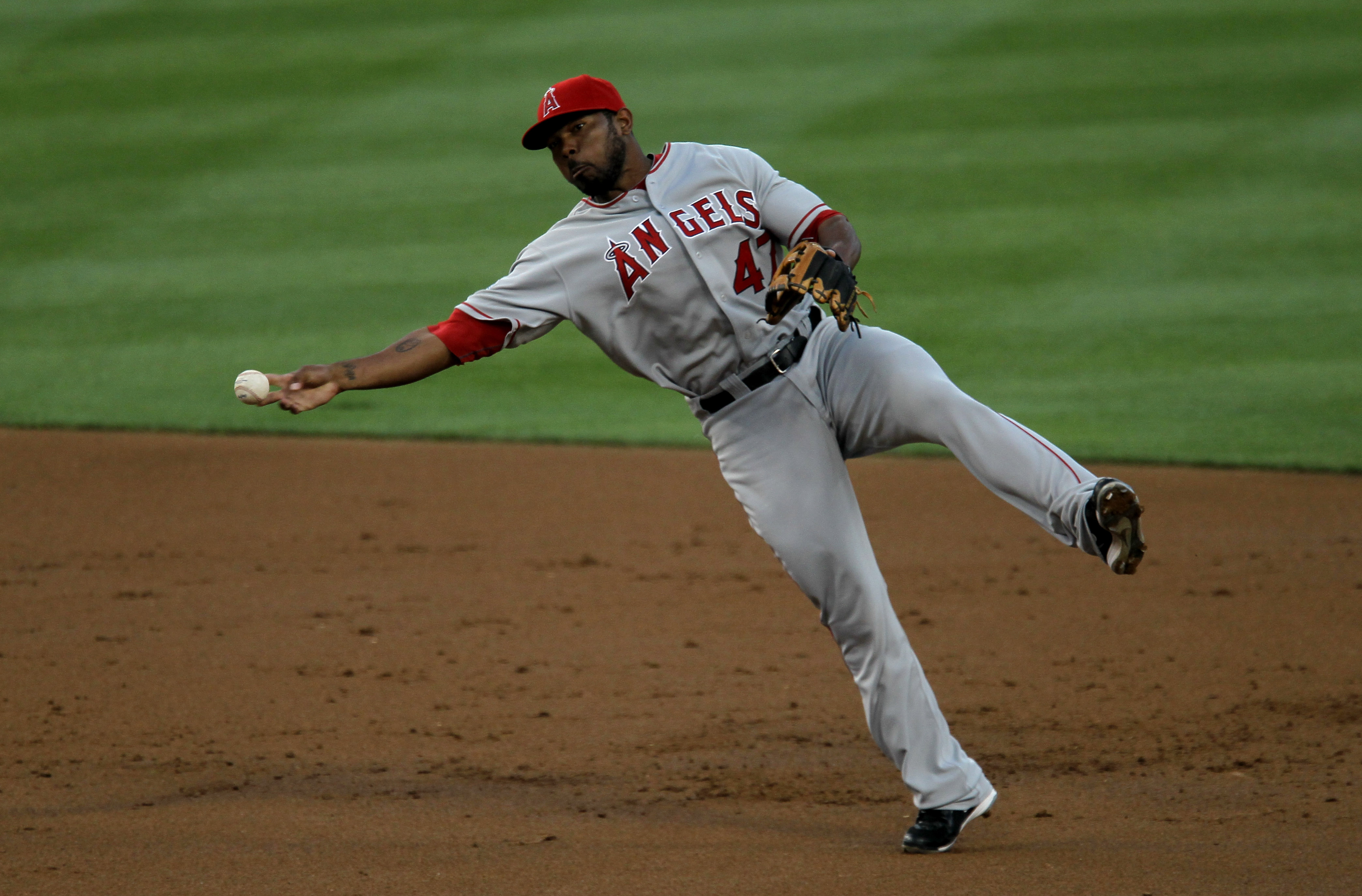 Could Howie Kendrick finally be tapping into that hitting potential he was "supposed" to have for the past few years?

It looks that way.

Kendrick is currently tied for most home runs among second baseman with four, adding a .341 average and nine runs.

With his early power production and sizzling average, Kendrick looks like he can finally prove to be that .320/20HR guy that everybody thought he was.

Once Kendry Morales comes back to the Angels' lineup, the 27-year-old will have even more lineup protection and run-scoring potential, as he continues to turn into one of the best No. 2 hitters in all of baseball.

Food for thought, Kendrick has recorded two hits in five of his 10 games to start out the season, outperforming Dustin Pedroia, Robinson Cano and Rickie Weeks. 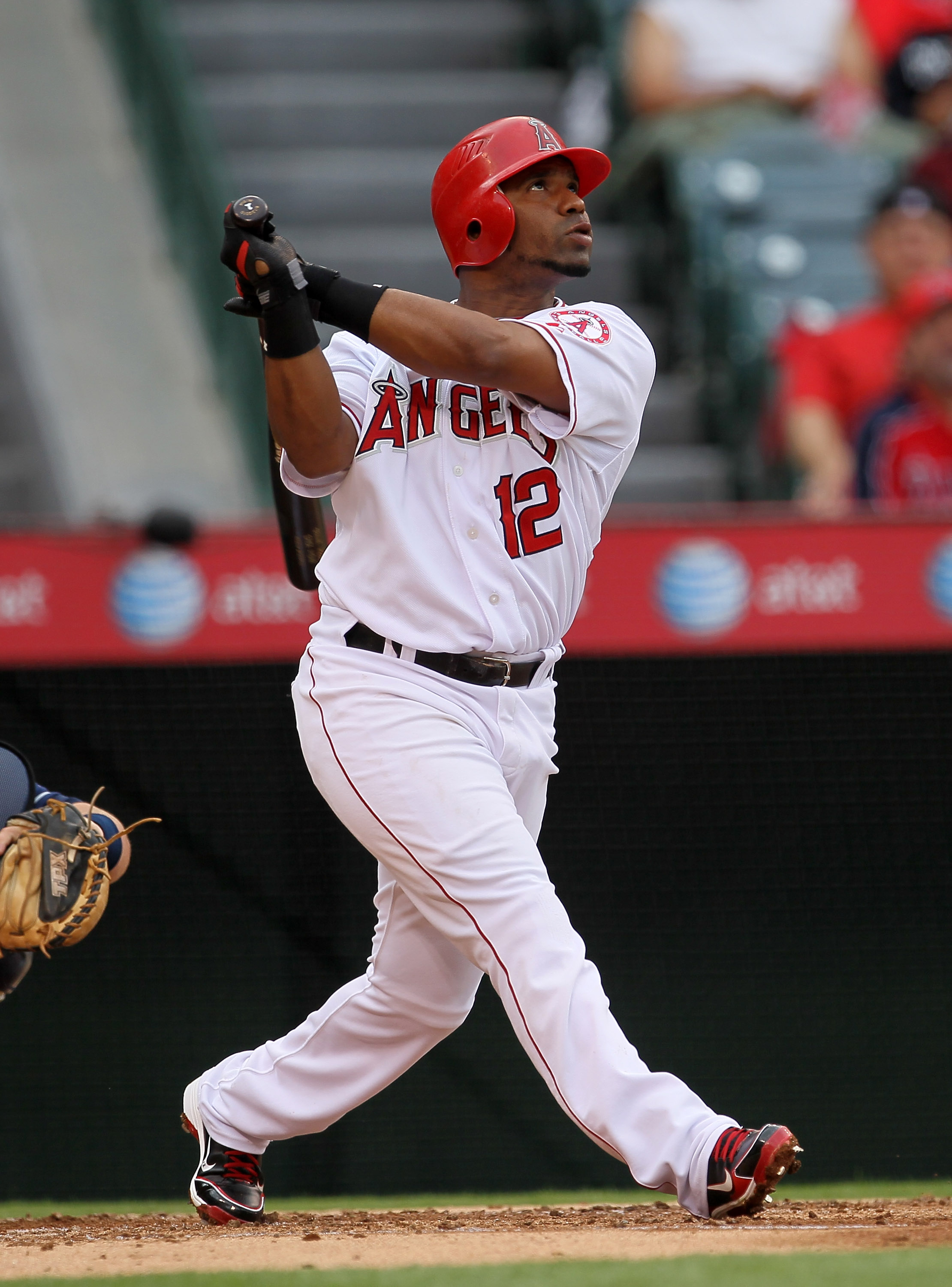 Along with Kendrick, Callaspo has been one of the hottest hitters through the first two weeks of baseball, offering the Los Angeles Angels a strong one-two punch.

Callaspo's .324 average is top-five among third baseman with at least 30 at-bats. Adding two home runs and two doubles to his slap-stick approach at the plate.

While his average and power have been a nice surprise for the Angels, it's his plate discipline that has ranked Callaspo among the best third basemen through the first two weeks of the season.

His two strikeouts through 37 at-bats is gaudy, proving that as the season goes on, Callaspo will be more than capable of sustaining his breakout season in the AL West. 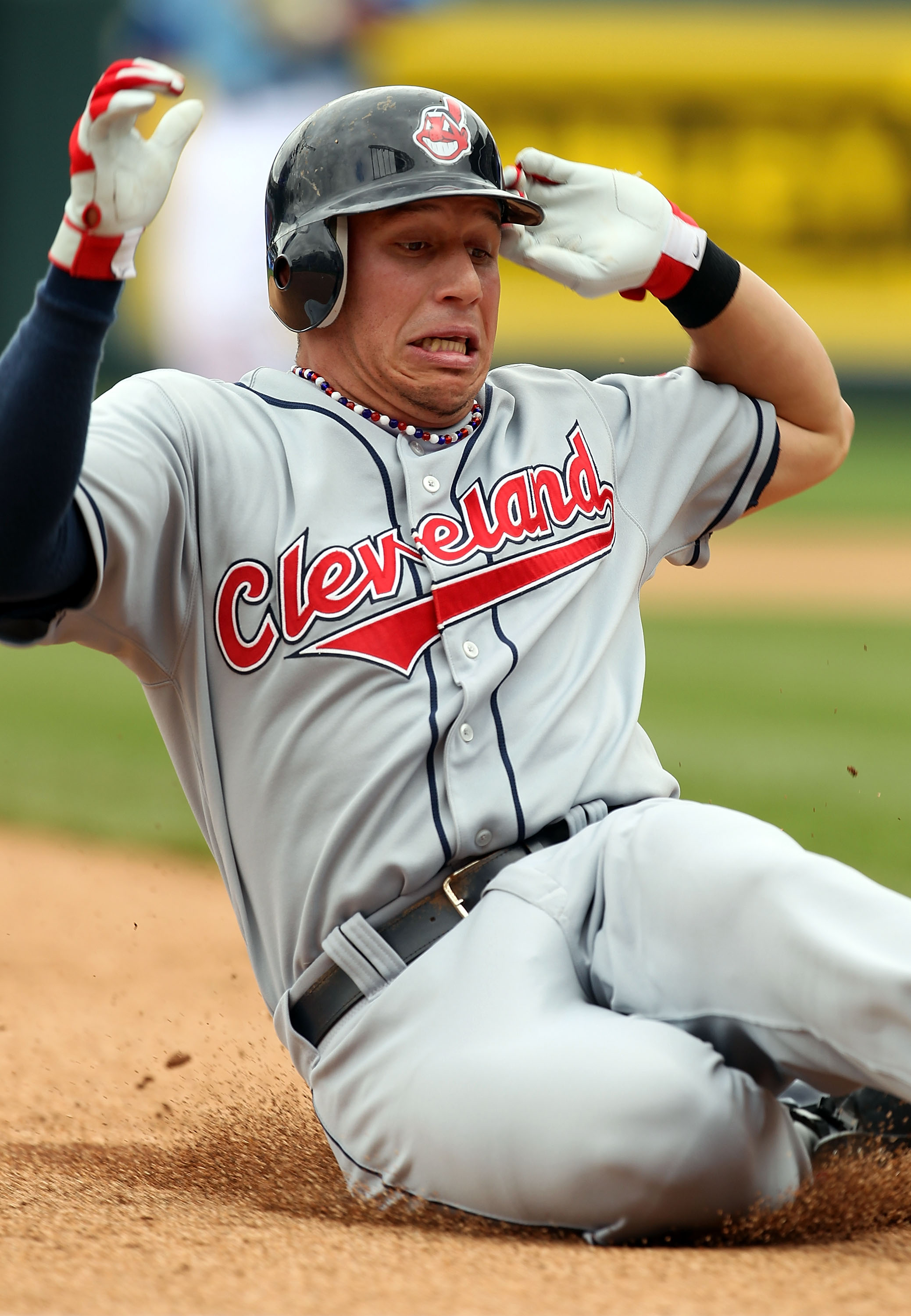 That's pretty much all you can say about the kind of numbers Asdrubal Cabrera has put up at the shortstop position so far.

Coming into the season off of an injury-plagued 2010, Cabrera was supposed to be a pleasant surprise for the Indians in 2011, but if we only knew.

Cabrera's huge start comes as no surprise to the Indians, considering he put up some great numbers in 2009, hitting .307 with six home runs and 17 stolen bases.

He's the main reason why Cleveland is MLB's breakout team through the first two weeks.

This year, it looks like Cabrera is finally having a power surge as he's grown into his body, making a splash in the American League and helping the Indians claim first place in their division. 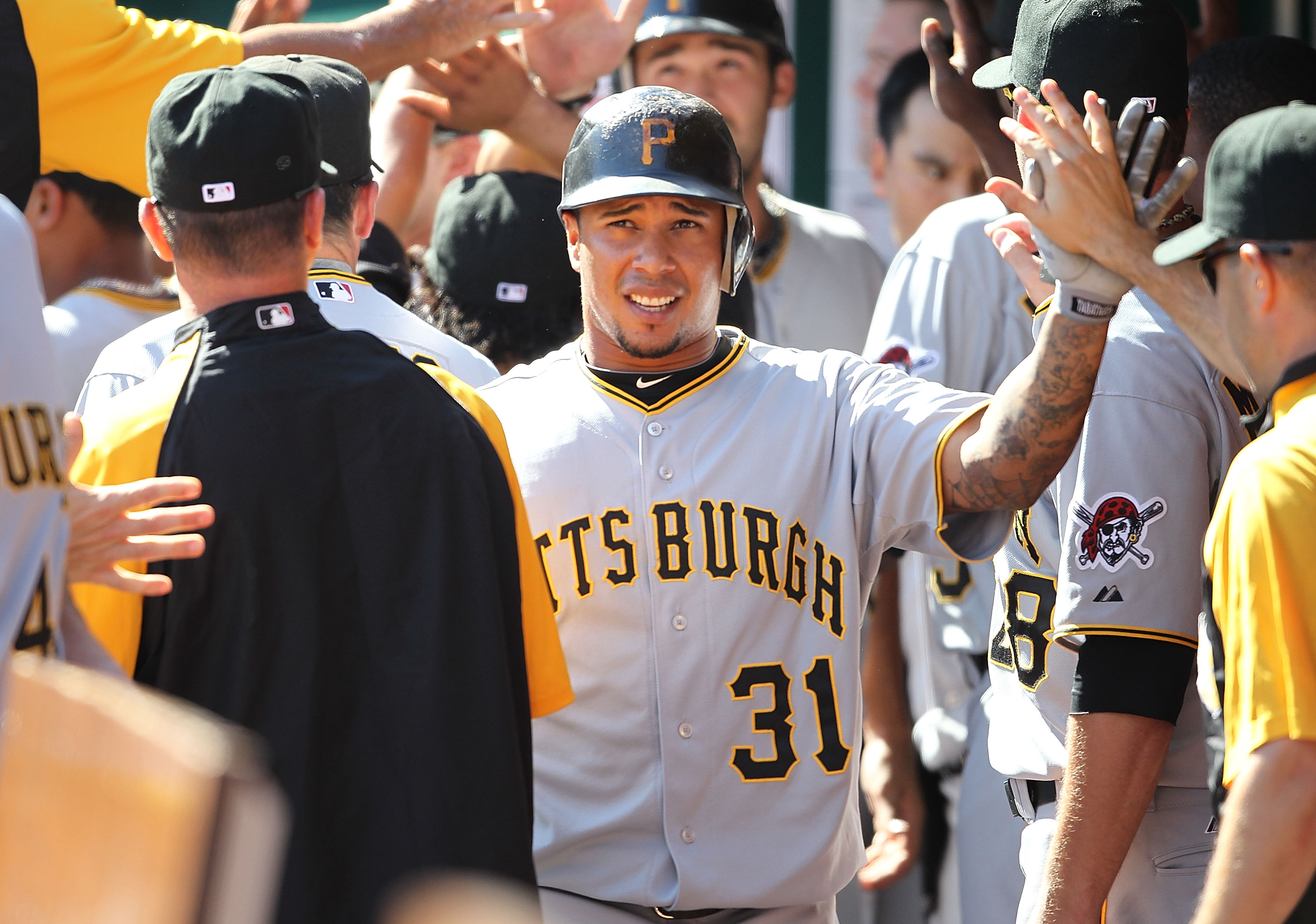 A lot of people thought that Tabata would have a breakout season in 2011 after he hit .298 with 19 stolen bases for the Pirates in his first major league action last year.

They were right, Tabata has done it all.

Only 22 years old, the speedster has been a dominant hitter at the plate and a suave runner around the diamond, currently hitting .342 with two home runs and five stolen bases.

His five swipes are tied for third among outfielders, making him a go-to option when combined with his gap power.

Tabata has quickly become one of the best all-around lead-off hitters in the MLB, proving that the Pirates' consistently lackluster seasons could soon come to an end. Maybe. 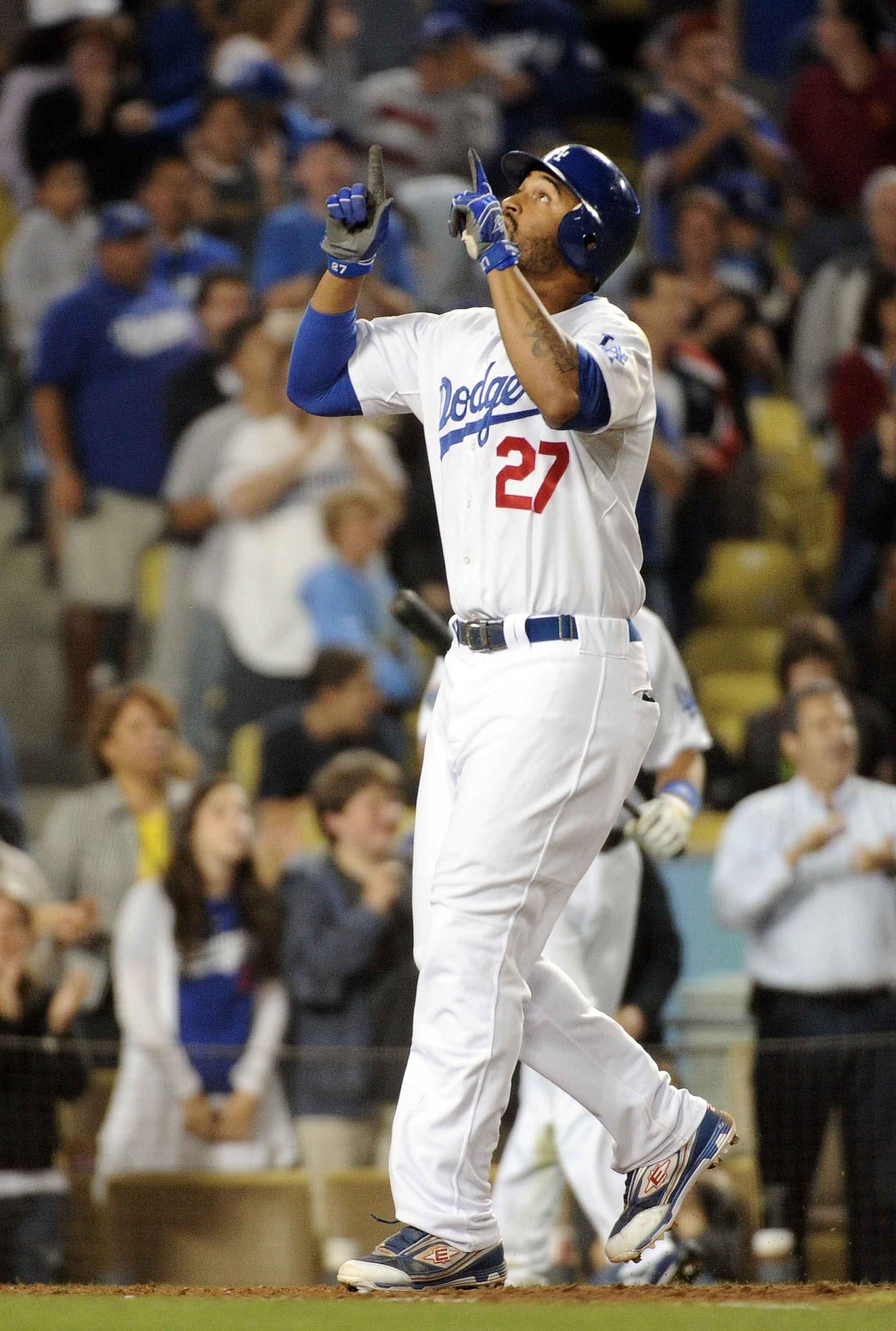 After a very disappointing 2010 campaign, Matt Kemp has finally turned the ship back around and has sailed his way to the best of the best.

Kemp's league-leading seven stolen bases is impressive, but his .472 average and five doubles is even more dreamy.

The 26-year-old franchise player is currently sporting a 1.272 OPS, which is absolutely ridiculous.

If Kemp can continue to get on base and move around them, with his home run power eventually following suit, the Dodgers might have the elite OF they've been hoping for since he came into the league. 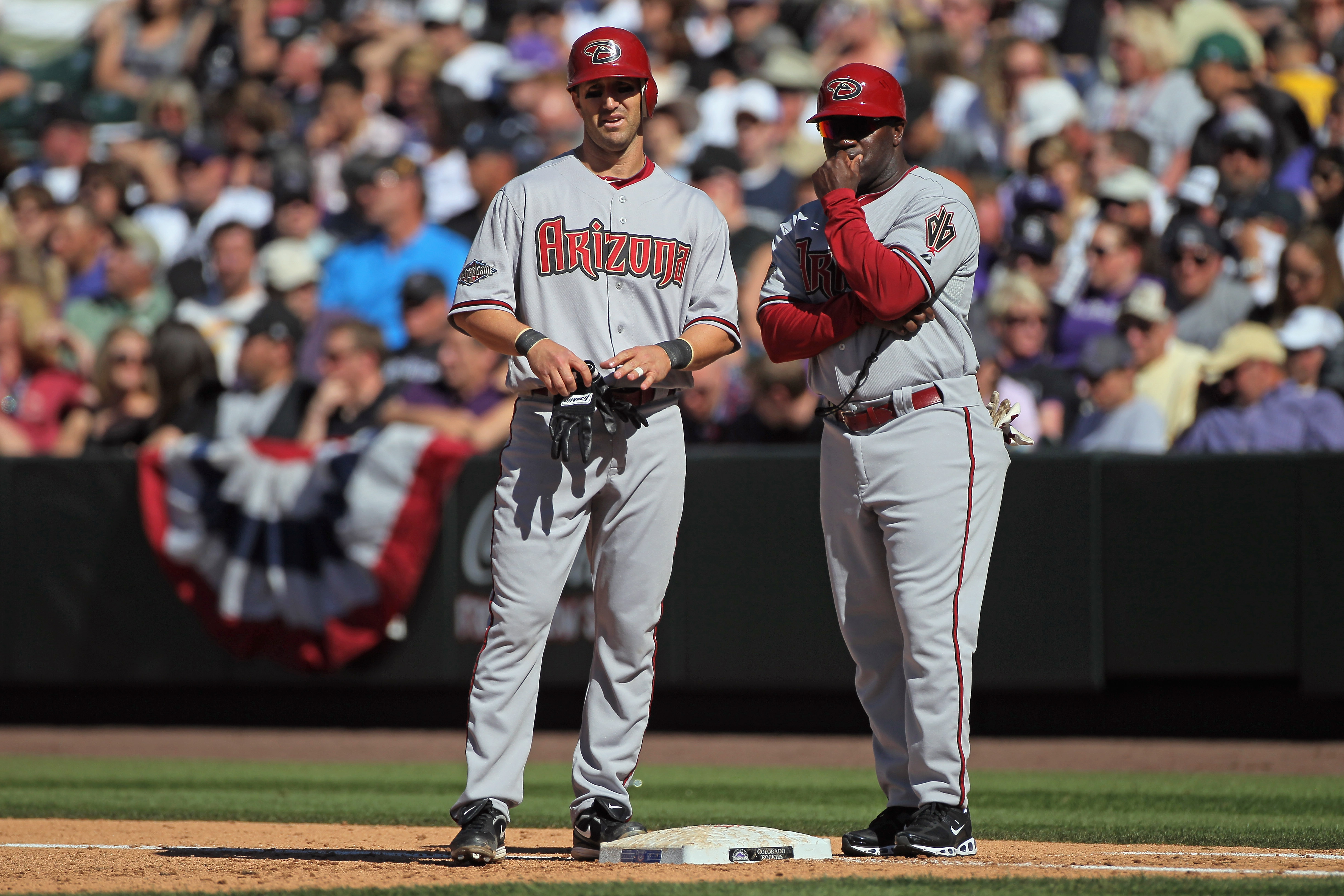 What in the Willie is happening?

The epitome of a utility hitter, Willie Bloomquist has finally shown that he deserves a year-round job.

Filling in for the injured Stephen Drew, the 33-year-old has done much more than play solid defense at shortstop.

Considering that Bloomquist has a career .263 average in 1,876 at-bats, his offensive explosion may be the biggest surprise in all of baseball.

For the Diamondbacks, they'll look to the get the hot-hitting utility machine into their lineup any way they can.

Bloomquist has never eclipsed 500 at-bats in a season during his nine-year career, so it will be interesting to see how he produces if 2011 proves to be the year that Willie blooms. 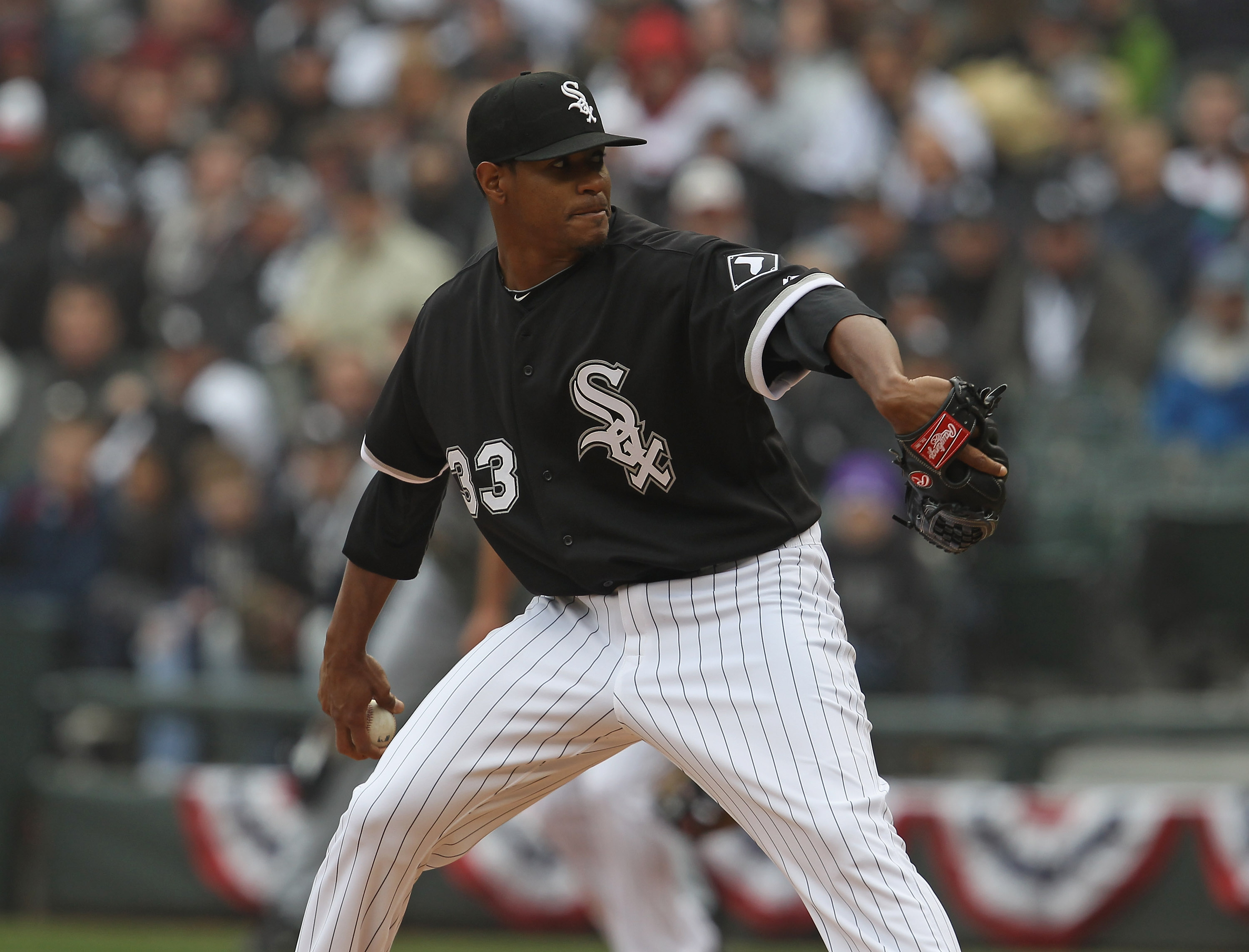 Jackson has proven over the first few weeks that not only has he turned the corner from being an inconsistent and erratic starting pitcher, but that he has become one of the best pitchers in the AL.

After a shaky start on Tuesday night, a no-decision through 4.2 innings, Jackson is still sporting a mean 2.89 ERA through 18.2 innings in his first three starts.

His 24 strikeouts are the most for any American League pitcher thus far, harnessing his command well enough to limit his walk total to only seven.

Jackson is currently pitching at a different level then hes been accustomed to in the past, increasing his strikeout-to-walk ratio from 2.32 to 3.00.

With the White Sox improving their lineup by adding Adam Dunn, getting Gordon Beckham back to his usual self, and seeing Paul Konerko jump off to a sizzling start, Jackson has all the pieces to continue pitching well and finding ways to win games.

If the 27-year-old can avoid his usual implosion sometime during the year, Jackson can turn into one of the more reliable pitchers in the AL, maybe even in the entire league. 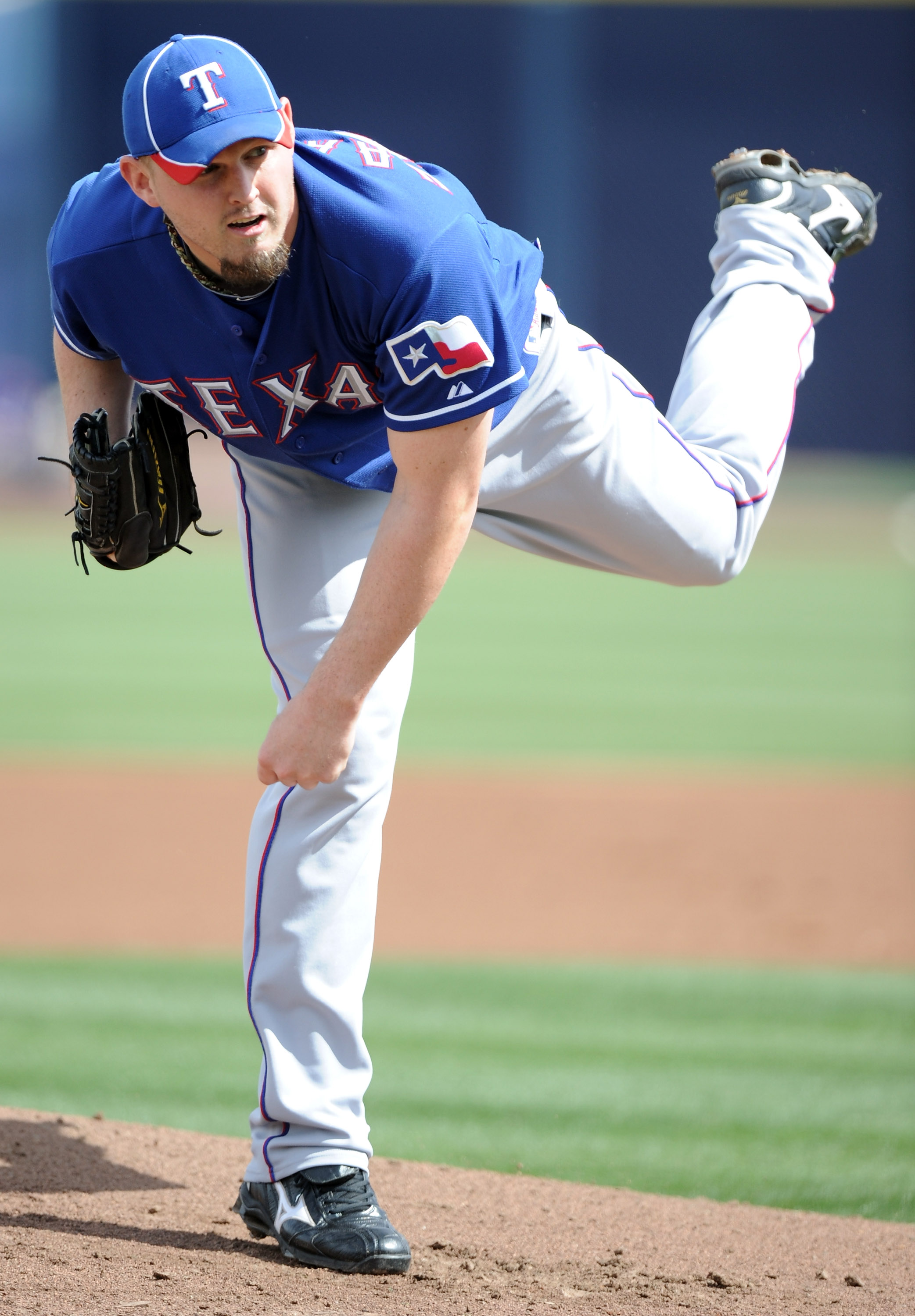 The Rangers' best pitcher has gone 2-0 in his first two starts.

The Rangers' best pitcher has recorded a 1.28 ERA over 14 innings in his first two starts.

The Rangers' best pitcher has posted a 0.71 WHIP over his first two starts, ranking him behind only Dan Haren for the league lead.

The Rangers' best pitcher has been Matt Harrison.

No Cliff Lee? Apparently no problem.

The Texas Rangers have been extremely fortunate to get solid pitching from some of their in-house young guns. Matt Harrison has been one of those guys.

The 25-year-old lefty has been more than impressive when he's been on the mound in 2011.  Harrison has pitched seven innings of one-run ball through each of his first two starts, coming against Baltimore and Boston.

If his success against two solid AL East lineups isn't enough proof that Harrison is one of the biggest surprises in the league thus far, does his total of 10 base runners in 14 innings change your mind?

It should also change the rotation worries that Texas had entering the season, because Harrison has become an exceptional option. 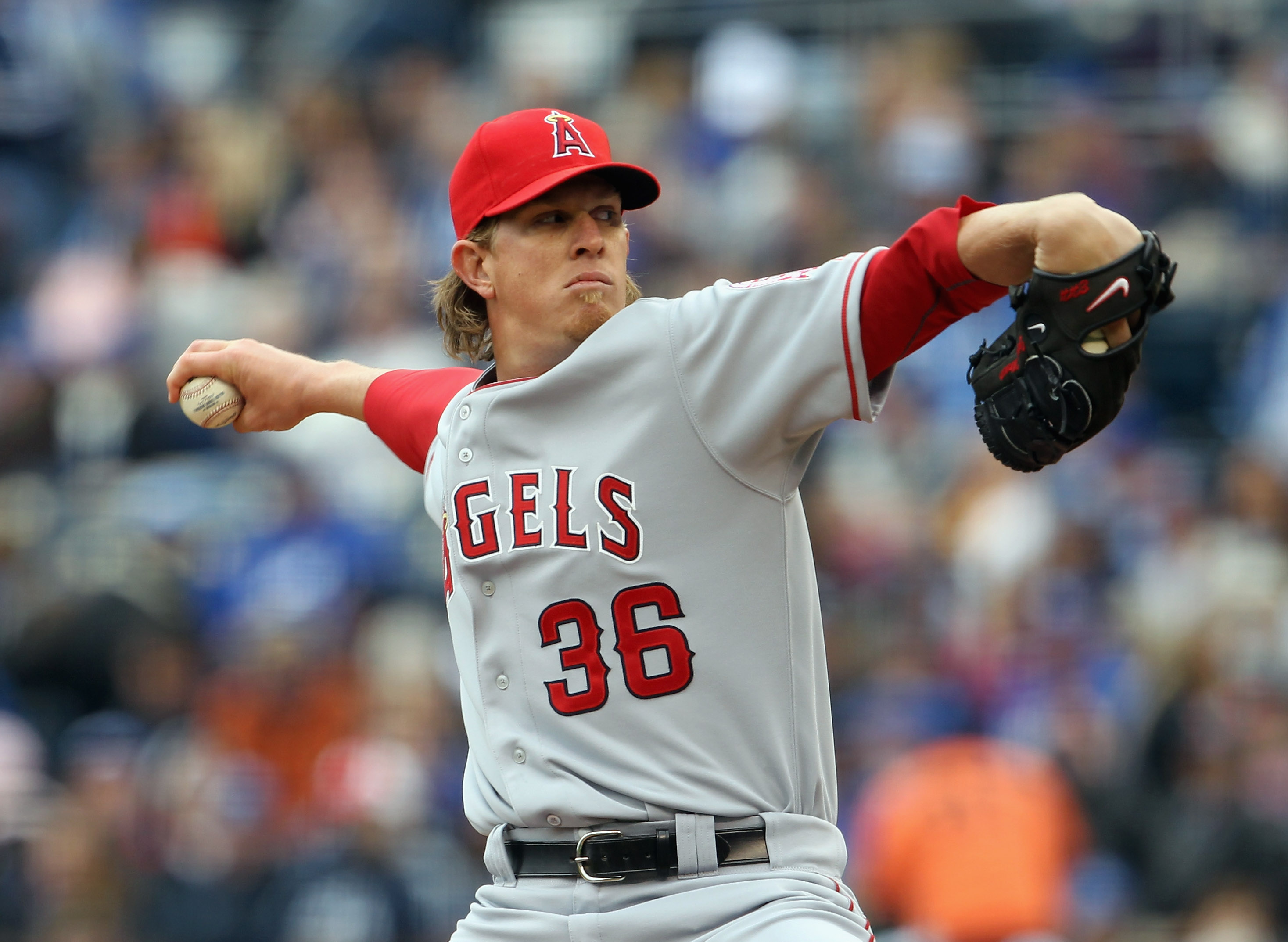 Jered Weaver has been dominant over the past few seasons, so it doesn't come as that big of a surprise to see him have early success in 2011, but did anyone think he would be the best pitcher in all of baseball?

Weaver's fire and brimstone start to the season had made people rethink their choices for the best pitchers in the MLB.

It's hard to think that Weaver's pitching this well, at such a high rate, this early in the season.

His 15-strikeout performance in his last start against the Toronto Blue Jays is easily the best pitching performance we've seen thus far.

His two road wins, while giving up a total of five hits and one run, might be even more impressive.

For Weaver and the Angels, his success down the road is going to depend on the team's offensive support which is lead by the return of Kendry Morales, the bullpen's solidification with Jordan Walden as their closer, and their ability to keep the 28-year-old ace fresh throughout the year. 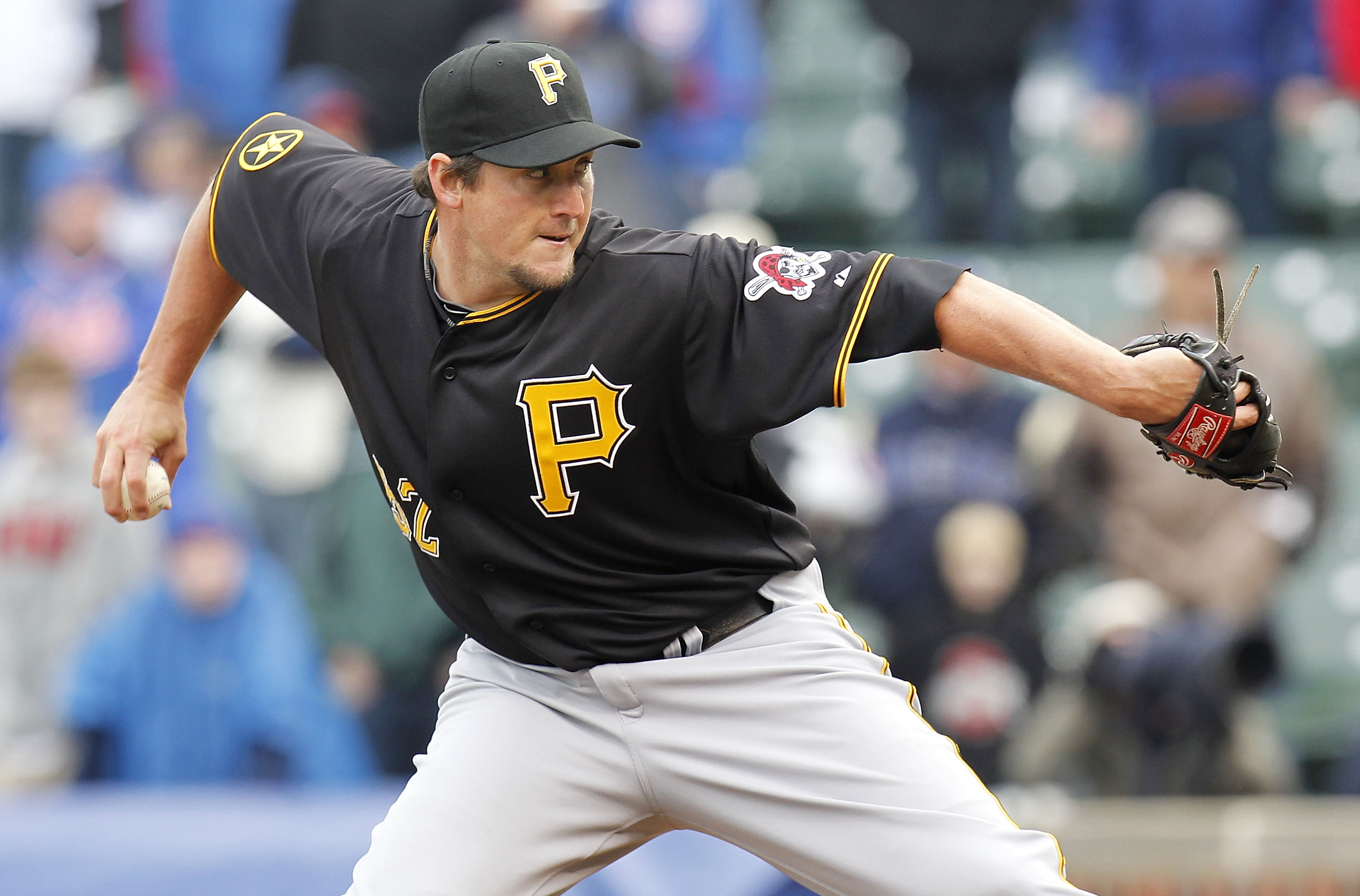 Is it more impressive that Joel Hanrahan has recorded four saves through 10 games, or that the Pirates closer has taken his career 4.38 ERA and turned it into a 1.42 to start out 2011?

Either way, Hanrahan as been one of the most productive closers in baseball through the first few weeks, dispelling the negatives of pitching for a team like the Pirates.

His eight strikeouts in 6.1 innings is impressive, considering he's only walked one batter and given up five hits.

For the 29-year-old, his success down the road will depend on the success of the Pirates and their lackluster starting rotation.

However, Hanrahan has showed already that when given the chance, he can close games out.  Look for him to post Matt Capps-like numbers from last year.