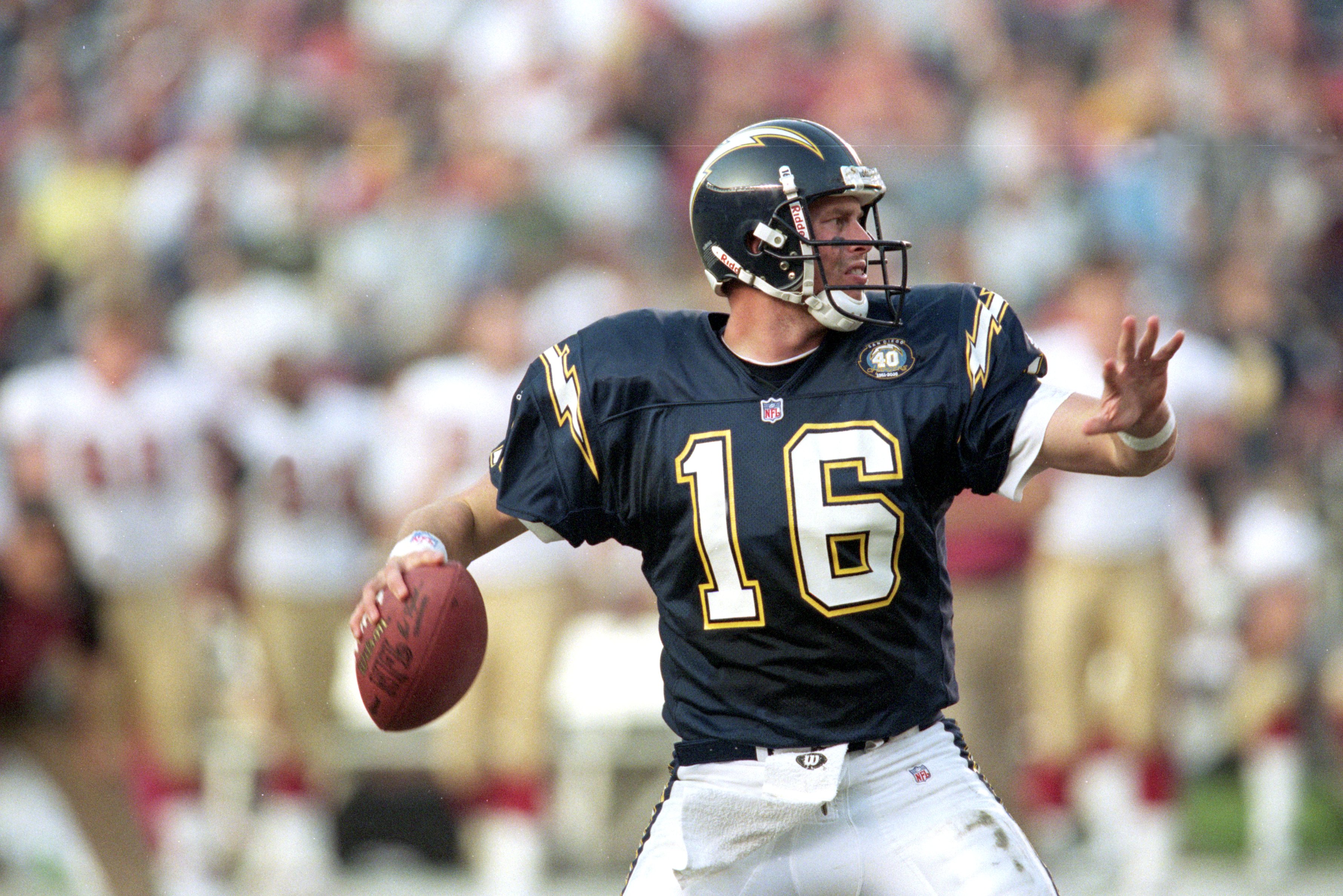 With the 2011 NFL Draft less than three weeks away, I thought I would take this time to highlight those players that the San Diego Chargers decided to waste a good draft pick on.

Instead of getting a solid player with great play-making skills and abilities, you get a lemon. It happens.

You would think with all of the scouts, experts and analysts, that it would be easy to find a player that possess the skills essential for a long and lucrative career in the NFL, however in some cases that couldn't be farther from the truth. 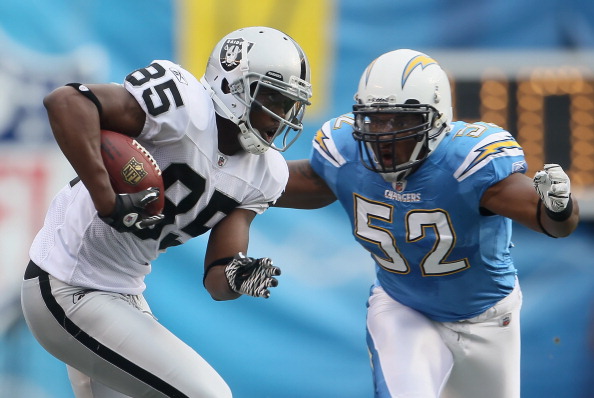 Chargers' fans are still waiting for Larry English to show them what he is truly capable of. San Diego Chargers general manager A.J. Smith used his first pick in the 2009 NFL Draft to find an addition to the linebacker corps and possibly a substitute for Shawne Merriman.

Merriman started to wear thin on A.J. Smith, and the Chargers were in need of another stud play-making linebacker.

However, English has yet to show the promise that he did while in college and at this point we may never see the spark that A.J. Smith obviously saw in him.

Had the Chargers weighed their options, University of Southern California linebacker Clay Matthews, Jr. was still available when they were scheduled to select. Matthews, Jr. was a Pro Bowler and now is Super Bowl Champion with the Green Bay Packers. 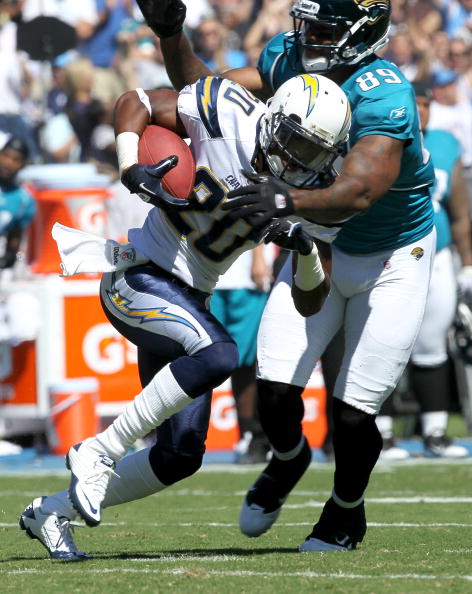 While Antoine Cason may have been hailed as one of the best defensive backs in the Pac-10, Chargers' fans are still waiting for him to develop into that play-making corner.

The Chargers used the 27th overall selection in the 2008 NFL Draft to select Antoine Cason.

Cason has yet to make the impact the Chargers were looking for. Granted he had to wait in the wings while Antonio Cromartie and Quentin Jammer were getting all the playing time. Cason finally got his chance to start during the 2010 season and it was met with subpar results. There were many times that he was beat on a route or just completely burned.

You would expect that a player who has been given two years to develop before he became starting player would have been greatly improved than a rookie.

Some fans may believe that it might be harsh calling Cason a bust. I feel that he was over-hyped in the draft. Granted there were not a lot of good defensive backs in the 2008 draft class, but with already having Antonio Cromartie the Chargers should have looked towards other position needs. 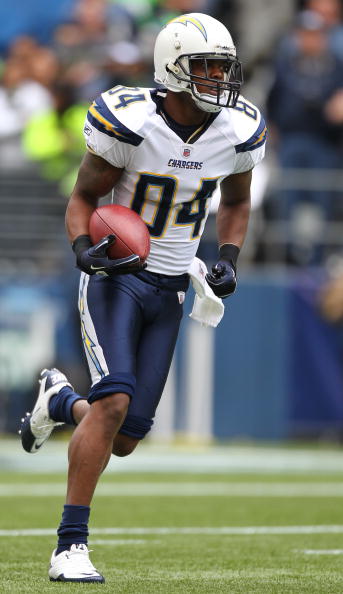 It is pretty easy to sum this one up, because his name says it all. Buster Davis is definitely a draft bust.

Buster Davis was selected with the 30th pick overall in 2007 NFL Draft.

I have no idea where Chargers general manager A.J. Smith got the notion that Davis was going to be a Pro Bowl caliber wide receiver. Granted he was on a Louisiana State University team that was loaded with wide receiving talent, but how could you possibly spend a first-round draft pick (even though it was a late first rounder) on a receiver who only totaled 2,117 yards over four years in college? That would have been my first red flag.

It is sad to say that Vincent Jackson has more skills than Davis and Jackson wasn't even drafted in the first round.

Davis' pro football career has been riddled with injuries and he spent the end of the 2010 season on injured-reserve and still has three years left on his original contract which he signed for $11 million. In my mind Davis is laughing his way to the bank. 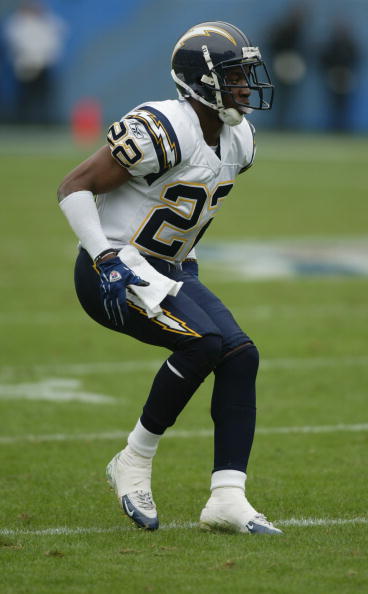 I'm going to make this one short and sweet, just like Sammy Davis' career. Davis was drafted with the 30th overall selection in the 2003 NFL Draft.

I'm going to put the full blame of this draft choice on A.J. Smith. Smith had taken over general manager duties after the late John Butler passed away after succumbing to lymphoma.

Davis played three seasons with the Chargers and it was pretty much forgettable. I don't think any Chargers' fans actually remember him besides me.

Once again another first-round draft choice wasted. You would have though A.J. Smith would have learned from that mistake. 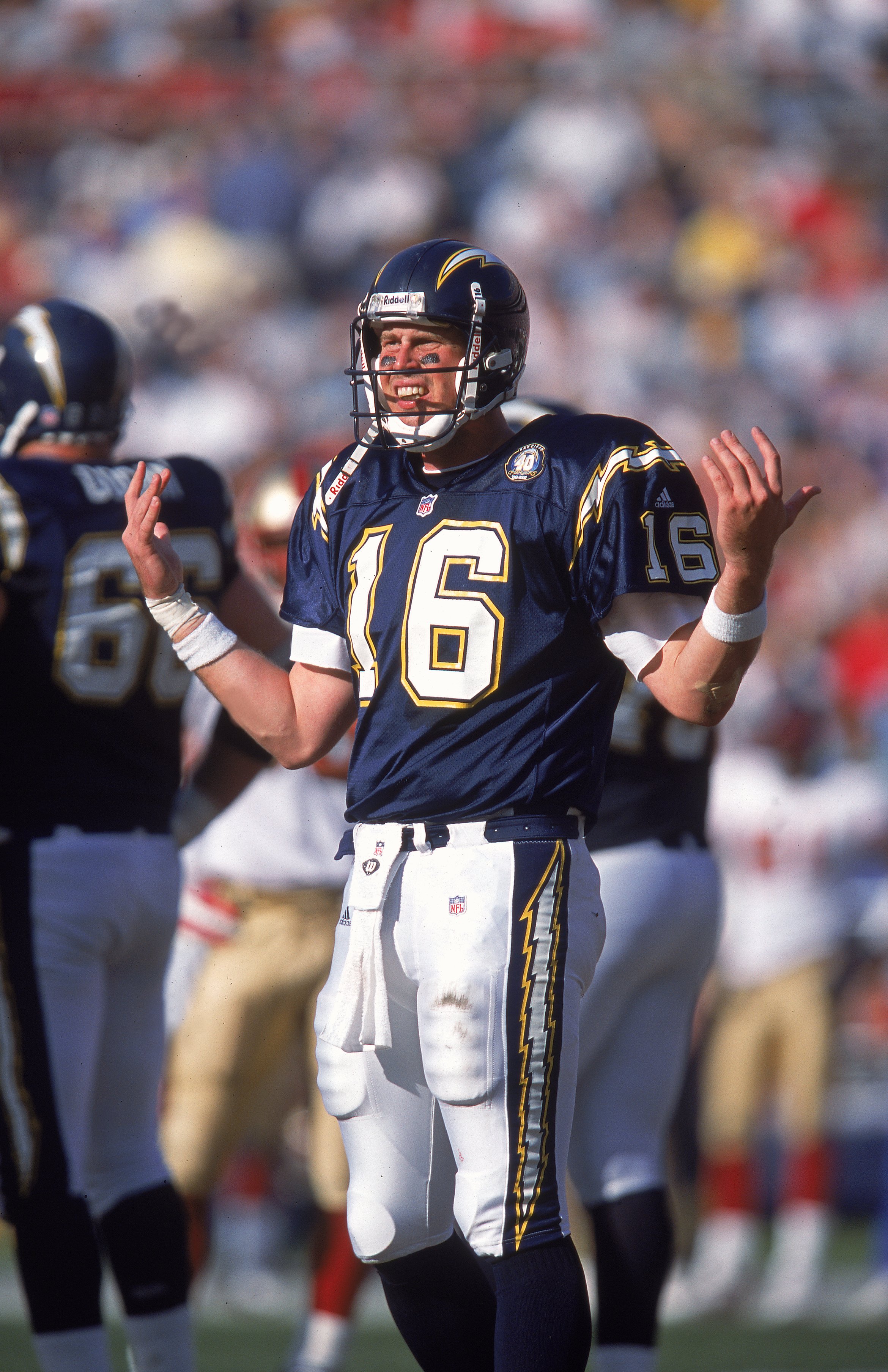 The title of this slide should be, "The Biggest Trainwreck in NFL History". While hindsight is always 20/20, I'm hoping that as you read this you can pick out the big mistakes the Chargers made in selecting Ryan Leaf second overall in the 1998 NFL Draft, other than the obvious mistake of actually selecting him.

Chargers general manager Bobby Beathard gave up a king's ransom in order to move up one spot from third pick to the second pick in order to draft Ryan Leaf. The Chargers traded two first-round draft picks, a second-round draft pick, and four-time Pro Bowl running back Eric Metcalf to the Arizona Cardinals.

That should go down as the ultimate bonehead draft day trade of all-time.

Granted many scouts and analysts were touting Leaf as the next best thing in football because of his arm, however he lacked the one thing Peyton Manning had, maturity.

The Chargers would then give Leaf a four-year contract worth $31.25 million with $11.25 million of that as a signing bonus. Essentially, that money was guaranteed to Leaf. At that time it was the largest signing bonus ever given to a rookie (bonehead mistake #2).

Leaf became the starting quarterback in his rookie season, however he was benched after throwing 13 interceptions to two touchdowns in nine games.

Let's not forget his wonderful outbursts when it came to the media and fans.

All in all his career with the Chargers was incredibly brief and he finally retired in 2002.

That may have been the best thing he did throughout his entire NFL career.