The 30 Greatest Throwback Jerseys of All Time 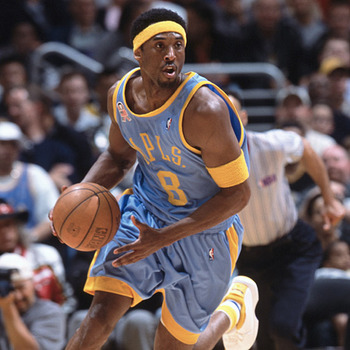 Every once in a while a team will decide to try something new, something different, or maybe something they've done before.

And that something is the team uniform.

On special occasions, or sometimes as an alternate jersey, sports teams will don replicas of old uniforms worn before the time of the current team. These jerseys are known as throwback jerseys, and almost every team in the NFL, NBA, NHL and MLB has brought back an old look for one game or an entire season.

These jerseys range from awful looks that should have been left forgotten to awesome looks paying homage to their teams' earlier years.

Here is a list of 30 of the best throwback jerseys. 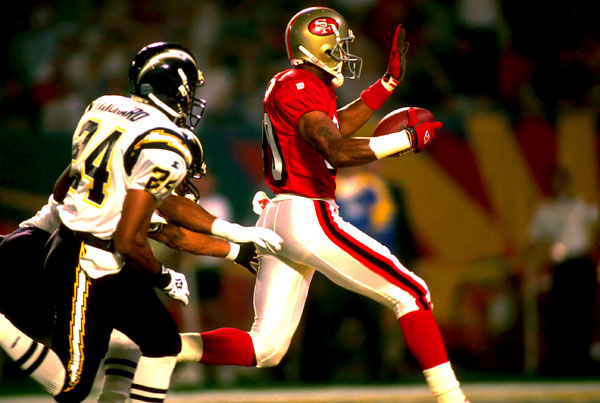 This special uniform was worn during the 49ers Super Bowl XXIX run. It is a more modern twist on the uniforms worn by the team in 1955.

While it's simple in design, these uniforms are clean and classy, not overplaying the age of the designs in some cheesy manner. 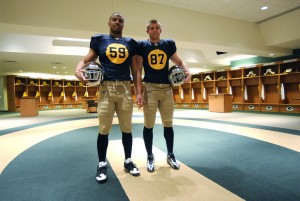 While this may not be the most attractive throwback jersey of all-time, it's a great one for what it represents and its attention to detail.

The jersey is modeled after the Packer's very first NFL championship team's uniform from 1929. It was worn as an alternate uniform in the 2010 season. 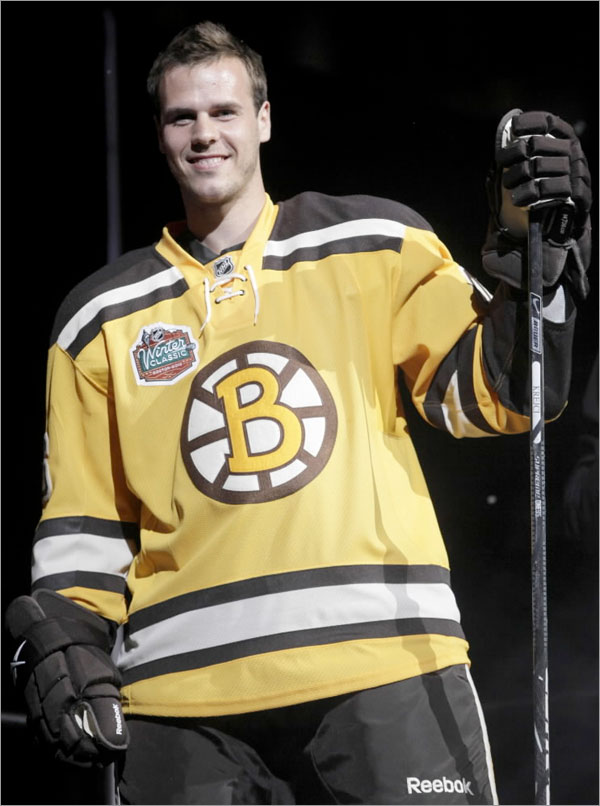 This jersey pays homage to the years between 1927 and 1931, also known as the Stanley Cup years as the Bruins official website called them.

The classic shield logo may be a bit charactery, but the rest of the jersey is clean and the colors go well together. 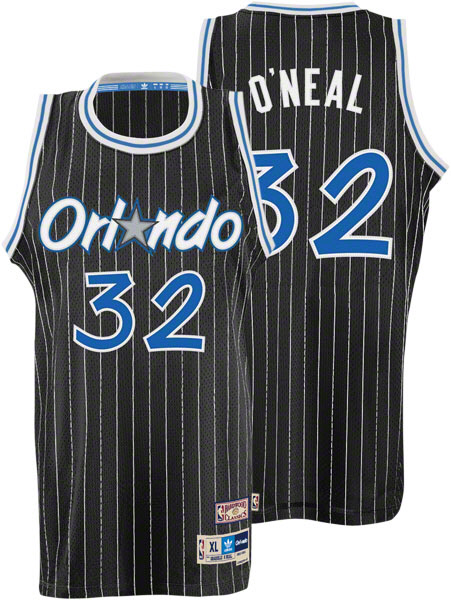 For a long time the Orlando Magic uniforms were characterized by their classic pinstripe design, before they switched to the plain blue uniforms.

Now the team has brought back the stripes for their regular-season uniforms. While the older uniforms may have looked a bit like pajamas, these slick revivals of the pinstripes are classic and aesthetically pleasing in design. 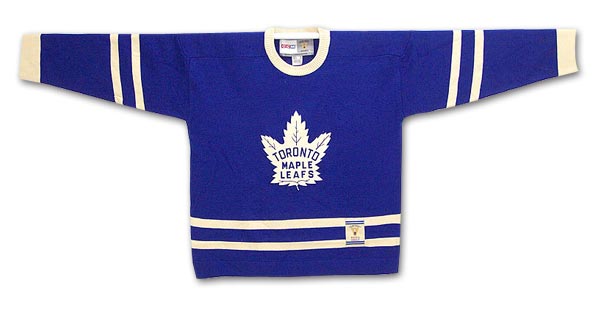 This classic Canadian hockey look was originally worn by the team in 1940.

The Maple Leafs brought it back for the 1991-1992 season as part of the celebration of the NHL's 75th season.

No. 25 Cavaliers Orange and Blue 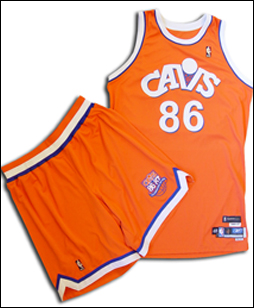 The Cleveland Cavaliers uniforms today are back to their original colors of wine and gold. But between the '80s and early 2000s, the color scheme for the Cavs switched from wine and gold to orange and blue.

This example of one of those retro throwback jerseys is great because the vibrant orange is a nice change of pace from the dark wine and gold, and the logo stayed very true to the logo design during those years. 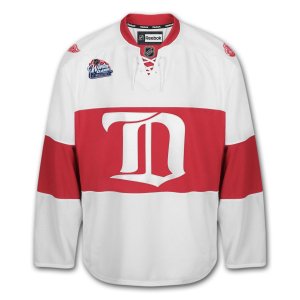 This timeless design was originally worn in 1926 by the Detroit Red Wings when they were still known as the Cougars.

The team decided to bring this look back another time for the 2009 Winter Classic.

While it, like several of the uniforms before this, may be simple in design, the classic one stripe with the cursive looking D is neither too flashy nor too boring. It allowed the team to look back into their history while still looking like they belonged in the present. 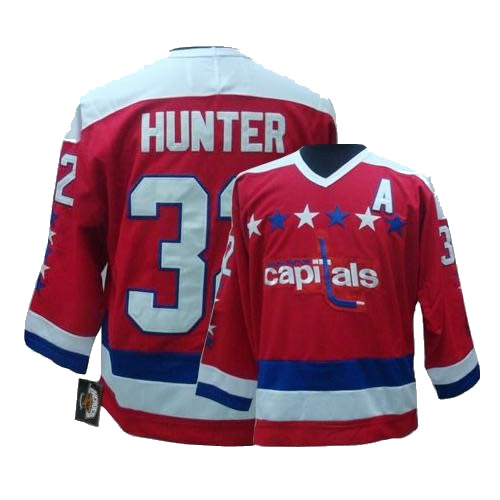 The Washington Capitols uniform typically isn't the most exciting in all of the NHL. However, their 1970s style throwback they wore in this year's NHL Winter Classic is a nice change in color from the black and red uniforms they normally wear.

In these throwback uniforms, the team switched back to the all-American color scheme of red, white and blue for their uniforms.

Between the stars across the chest, the hockey stick in place of an L and the nice blue-and-white stripes, this is one good-looking throwback uniform. 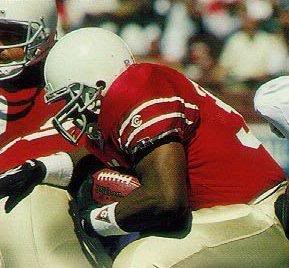 These uniforms were the first ever throwback attempt for the Arizona Cardinals, and they did a pretty good job with them.

The real greatness of these uniforms comes in their attention to detail. The design tried to really mimic the actual early years design with khaki colored pants, plain helmets and a small CC emblem on the sleeve, which goes back to when the team was based out of Chicago.

No. 21 Buccaneer's Throwback to Bright Orange 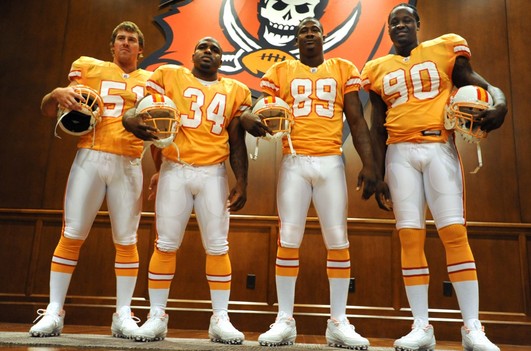 Nowadays the Buccaneers wear maroon and silver, but back in the day they were all about the orange.

This throwback uniform is a replica of what the team wore back in the '70s, bright colors and all.

It's great because the bright colors seem in place for a team that resides in such a sunny state. And the bright color of the uniform doesn't have to compete with any elaborate designs, making the color the main focus of the jersey.

No. 20 Toronto Raptors Go to the Dogs

The Toronto Raptors decided to honor their long defunct predecessors, the Toronto Huskies, with these classic throwback uniforms.

The shiny blue lettering and trim across the plain white of the jersey is eye catching without being overwhelming. 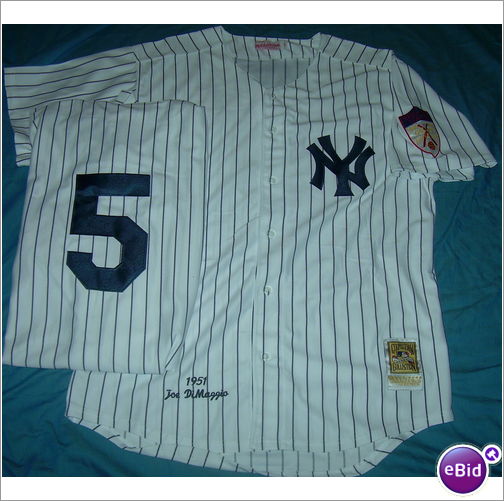 Looking back at some of the greatest jerseys, this Yankees uniform is among them.

Originally worn during the Joe DiMaggio era, the classic interlocking N and Y logo on the pinstripe outfit is a timeless uniform brought back by the Yankees on several occasions. 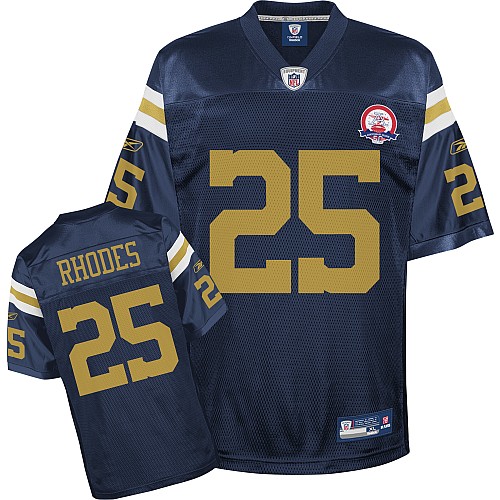 The Jets are another one of those teams who used to go by another name, and that name was the Titans.

These jerseys serve as a reminder of those short few years that marked the beginning of this football club.

No. 17 Sixers Go Back to Basics 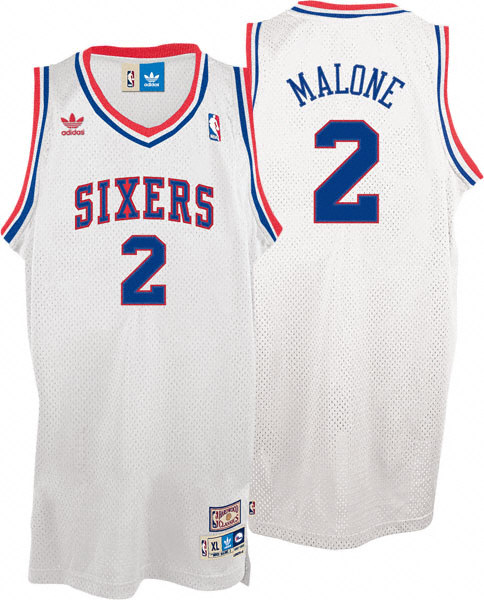 For a short period, the 76ers decided to switch their uniform colors to red, white and black, a move that many fans seemed to dislike.

However, for the 2007-2008 season, the Sixers went back to their original color scheme of red, white and blue with these simple, yet classic throwback jerseys.

No. 16 Heat Revert Back to the Floridians 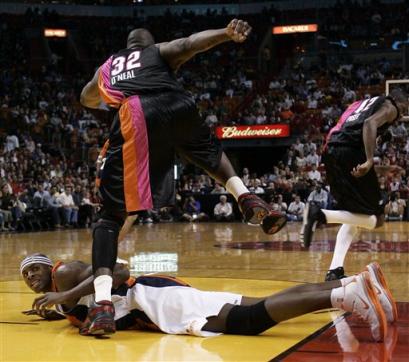 Like other teams on this list, the Heat too has featured a uniform of a now defunct professional basketball team that used to play in its home state of Florida.

The uniform pays tribute to The Floridians, whose colors were black, magenta and orange.

In these throwback jerseys, The Heat did a good job of balancing the three colors, without overloading the senses with the sheer intensity of the bold orange and magenta. 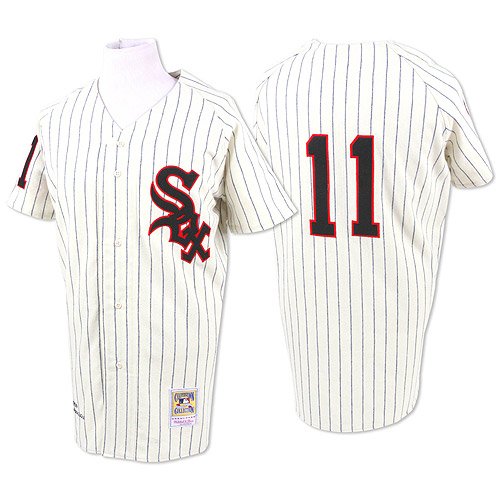 In 1991 when the White Sox moved to their new home at U.S. Cellular Field, they donned updated versions of their classic late-1950s style uniform.

The uniform features the logo used today with black lettering, which is outlined in red. It's a simple, and timeless look.

Like many of the teams on this list, the Golden State Warriors once started out in another city. And that city was San Fransisco.

To honor its roots, this team created a throwback jersey with San Francisco sprawled across the front.

The colors remind onlookers of the '70s, but they're done in an updated fashion which enhances the overall look of this jersey.

No. 13 Oakland Athletics Get Funky in Green and Yellow 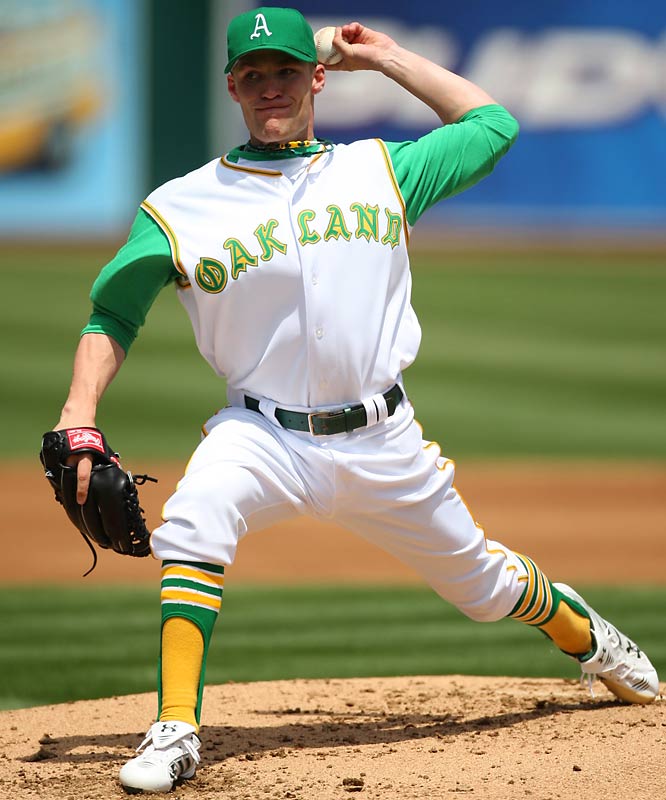 While maybe not the most beloved or talented baseball team in the MLB, the Oakland Athletics have had some stylish uniforms over the years.

This uniform is no exception to that trend. The calligraphy letters look classic and the pops of bright green and yellow are just enough to catch the eye, but not enough to overwhelm the viewer. 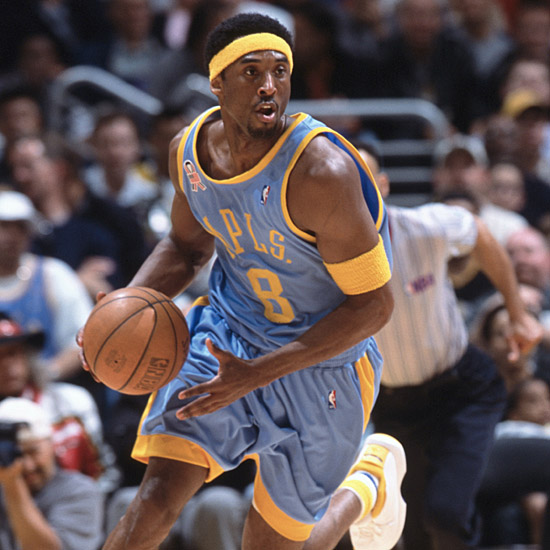 As with many of the teams on this list, the Lakers too got their start in a place far from where they currently reside.

The Lakers started out in Minneapolis before moving to L.A in 1960. This throwback jersey was worn by the Lakers to honor that beginning.

No. 11 Detroit Pistons Bring Back the Lightning

Between 1978-1981 the Detroit Pistons jerseys featured a spiffy lightning bolt across the chest.

The design was classic, so the team decided to bring it back and wear it once again for a week-long celebration during their Hardwood Classics nights, according to the NBA official website.

No. 10 the Braves Go Classic with Throwback 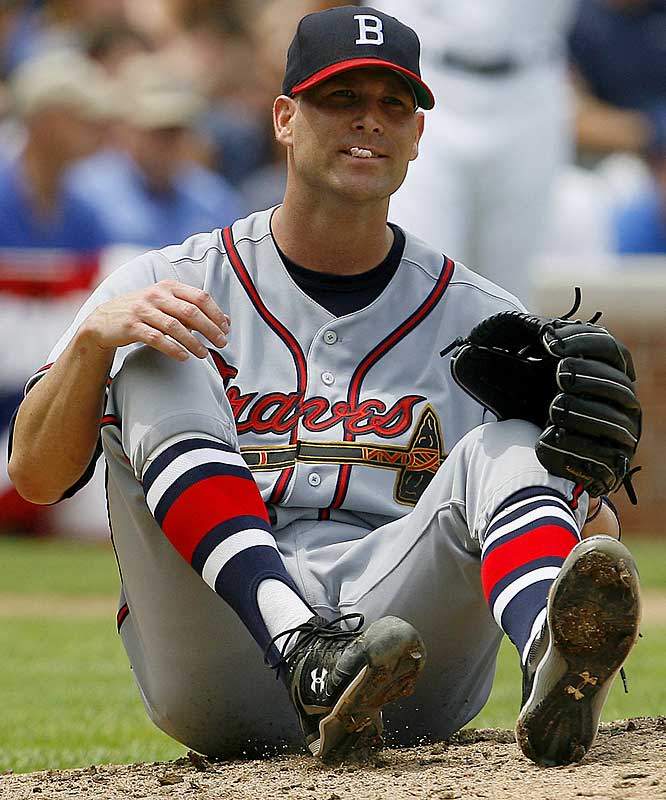 The Atlanta Braves have always had pretty good-looking uniforms. And this throwback uniform is no exception.

From the classic red-and-blue striping on the socks to the piping that goes down the front of the uniform to the simple logo and scripted lettering of their name, this jersey reminds viewers of the olden days of baseball with its classic and timeless look. 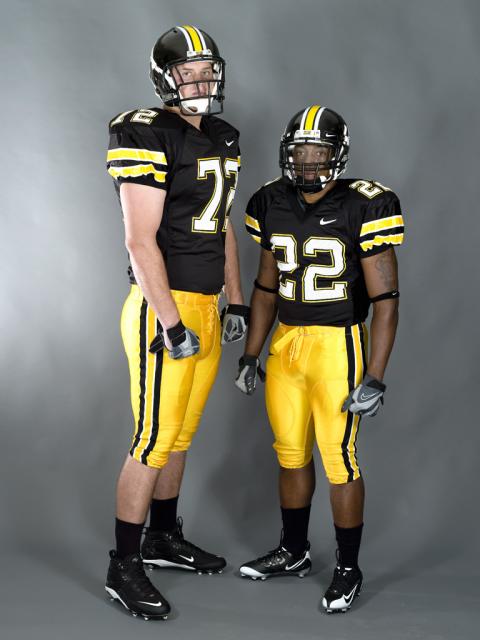 In order to celebrate this occasion properly, ASU teamed up with Nike to create these throwback jerseys modeled after the design used when Moore first took over as the head coach.

The deisgn worked in the '80s and it still works today, with its clean lines and great color scheme. 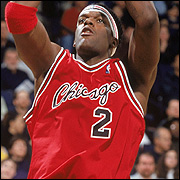 The Michael Jordan years are some of the most well known and memorable for the Chicago Bulls.

To honor those years, the team wore these throwback jerseys in 2004. The best part of these uniforms is the script writing of Chicago across the chest in black, which contrasts nicely against the bright Bulls red. 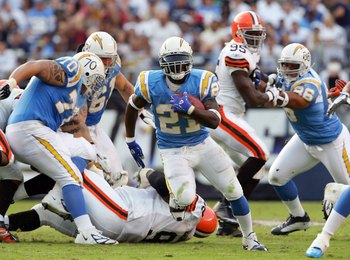 Between 2002 and 2006, the San Diego Chargers adopted this throwback uniform as an alternate jersey, before adopting a modified version of it as their full-time jersey in 2007.

It pays homage to their design from the 1960s.

No. 6 Eagles Get Greener with Throwback Jersey 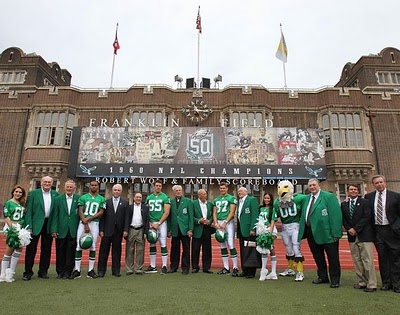 For some, the general design and color palette of their team's uniform hasn't changed a great deal over the years.

It seems that way for the Philadelphia Eagles, so for their throwback jersey they donned for their 2010 opening game, the team went for a more retro flashy color of bright, kelly green. 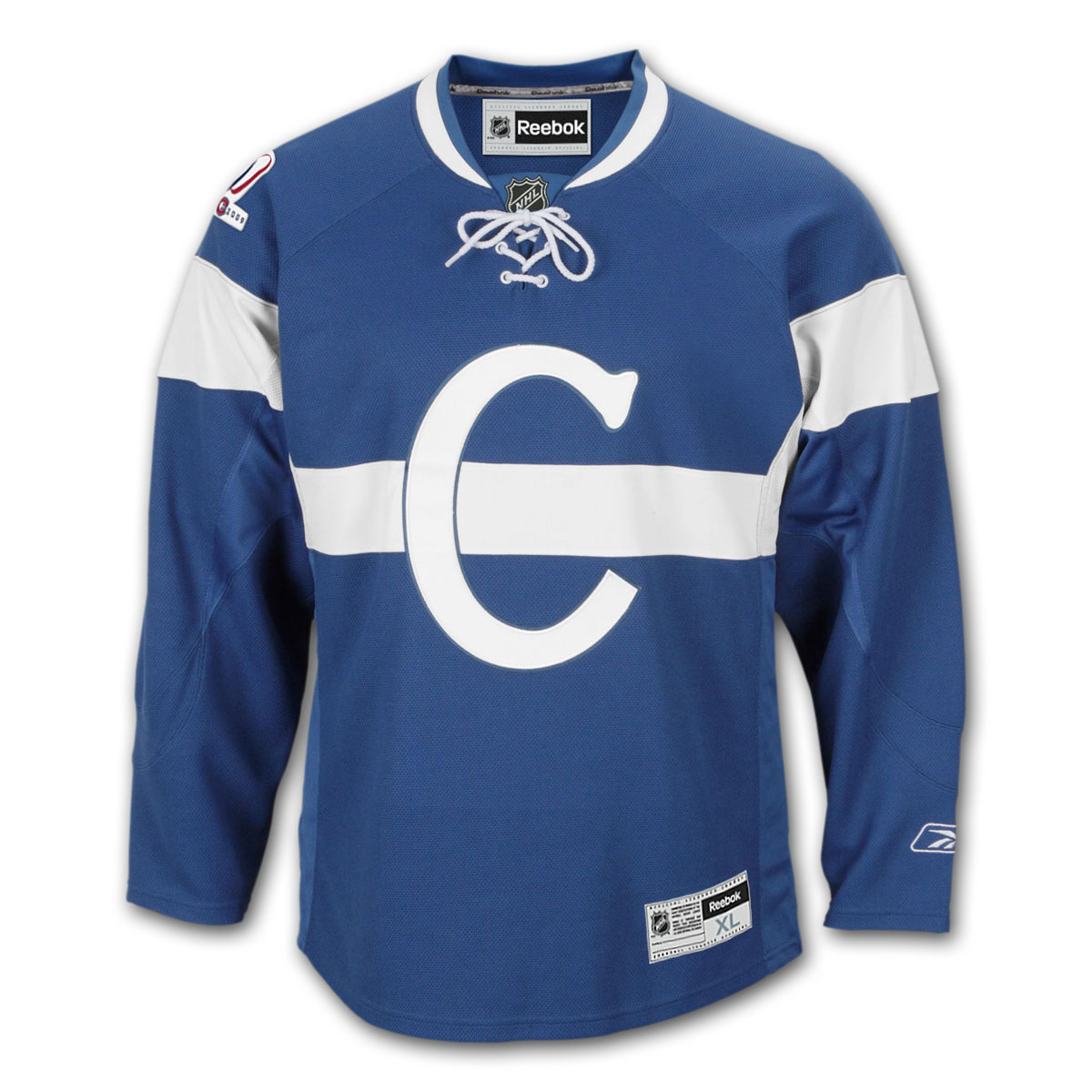 While they didn't see a victory in this throwback uniform when they wore it against the Red Wings in 2009, they at least lost in style.

These throwback jerseys were designed to mimic the 1909-1910 team design. With an all-over royal blue color broken up only by some shoulder striping and a large 'C' logo on the front, this jersey is simple and timeless in design. 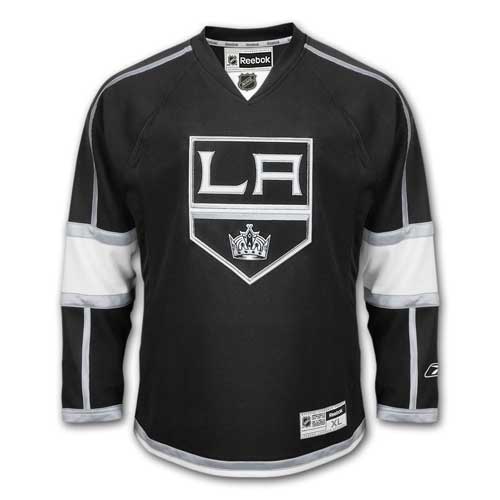 Unfortunately, in the case of this special throwback jersey, it looked better than the team's regular uniforms in 1995 when it was worn as the team's third jersey.

The uniform was designed to pay homage to the beginning of the silver-and-black era, which came about the same time Wayne Gretzky was signed to the team in 1988, according to the King's official NHL page.

These uniforms were only worn for one season, but their futuristic design and simple color palette make them look as if they could be worn as the main Kings jersey today.

No. 3 Ohio State Vs. Michigan Throwback 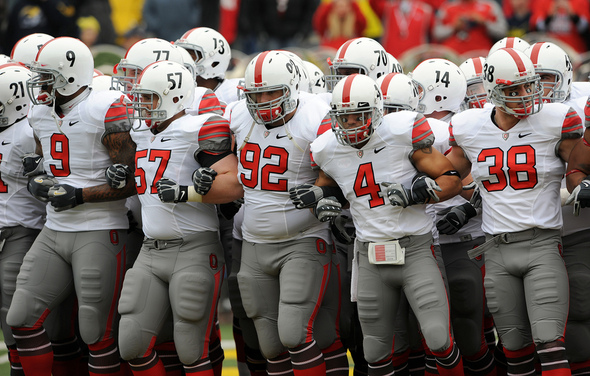 For the last several years, Ohio State has worn some form of throwback uniform for their big rivalry game against the University of Michigan.

While this past season's throwback was an atrocity, this one was a great design that looked really good on the Buckeyes as they defeated the Wolverines.

From the simple red stripes to the block-O's on the pants, the little details are what make this simple design such a classic throwback uniform.

No. 2 Blackhawks Go Back to Basics with Third Jersey 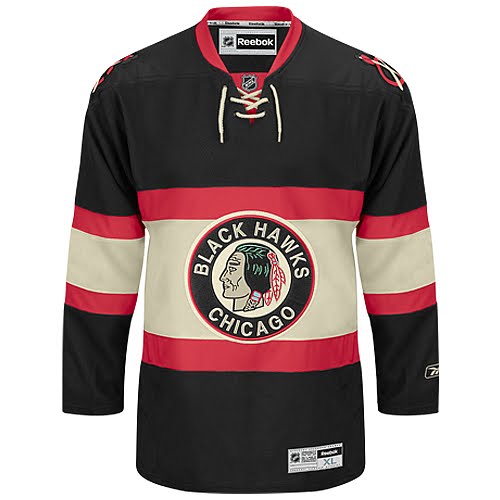 Like many of the teams on this list, when the Blackhawks decided in their 2009-2010 season to create a third jersey, they decided to create one that had roots in the team's past.

This throwback reminds viewers of the early years of the team. With the simple block stripe across the midsection and the classic logo dead center and slightly on that stripe, this look is classic and timeless, which is what allowed the age-old design to work for today's team. 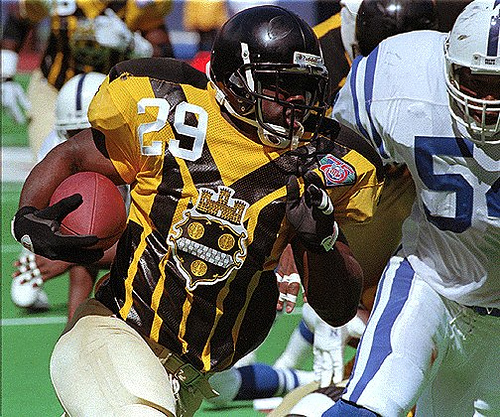 In 1994 the NFL celebrated its 75th birthday. And to help with the celebration many teams donned retro throwback jerseys to honor the special milestone for the organization.

The Steelers throwback jersey featured their old logo in the middle of the jersey with each players' number up on the players right shoulder. The black-and-yellow team colors are unmistakable in this jersey, especially since the team used yellow as the primary background color, instead of their normal black-with-yellow details design.