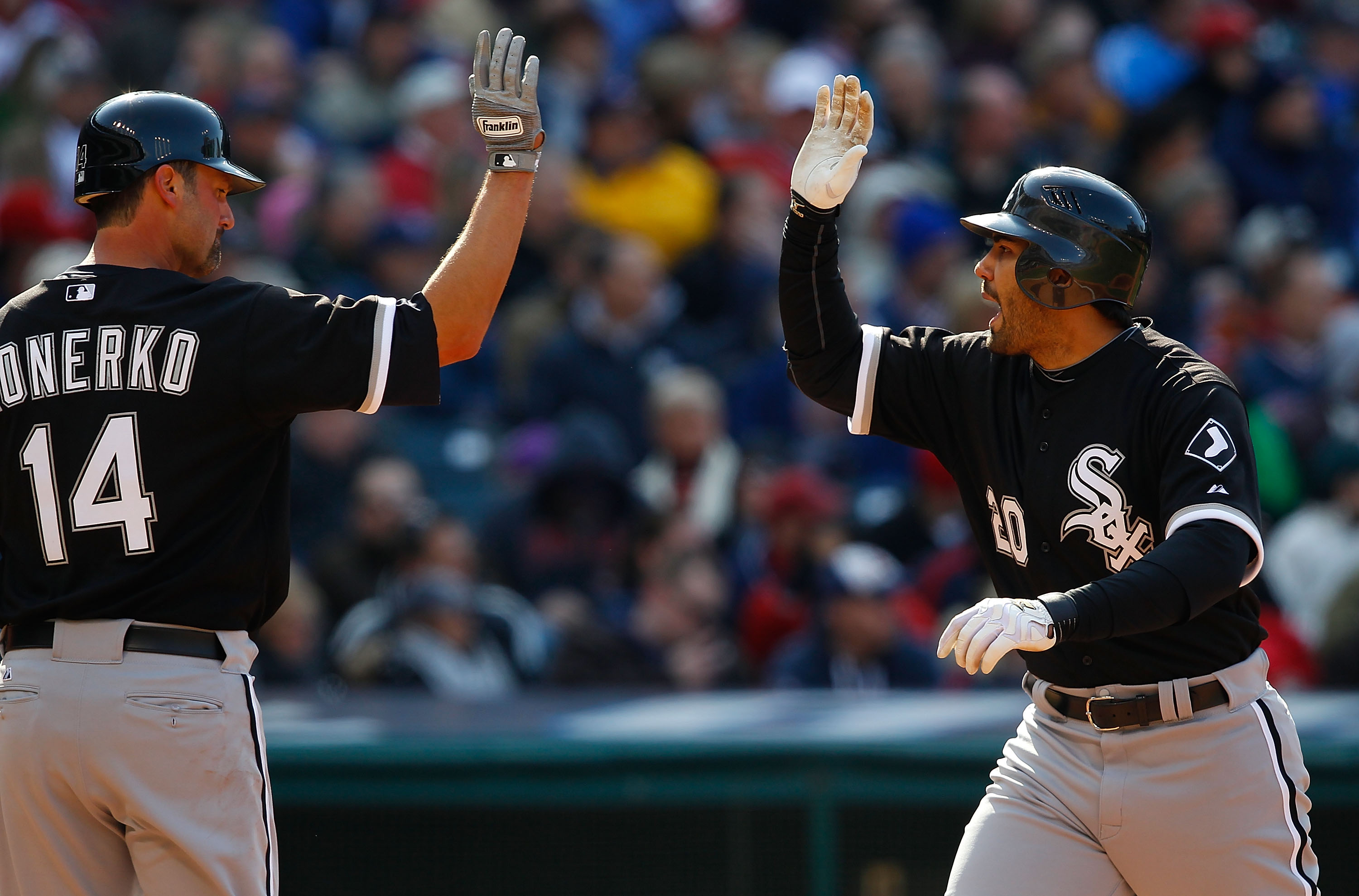 No matter who you play and where you play, winning is the ultimate goal for every major league franchise to start a new season. This is no different for the Chicago White Sox, who did exactly what the club sought to do in Cleveland. They took the series.

The Cleveland Indians are not thought to legitimately compete with the upper echelon of the American League, but traveling to win a series from a division foe reaps the same rewards regardless the strength of the opponent.

The White Sox finished 32-40 against foes in the AL Central, which diluted our 56-34 record against the rest of Major League Baseball. Some notables from that putrid AL Central record:  10-8 against the lowly Kansas City Royals and an insurmountable 5-13 against the division champion Minnesota Twins. Those kind of stark contrasts within our own division cannot be repeated.

The first step to solving the issue unfolded in Cleveland over the weekend, where the White Sox captured the series, winning two out of three games.  Not only is the monkey off the back to start the year, but the White Sox took key steps toward the top of the division.

Here are your reasons why the White Sox will continue their success, based on the opening weekend of the 2011 baseball season. 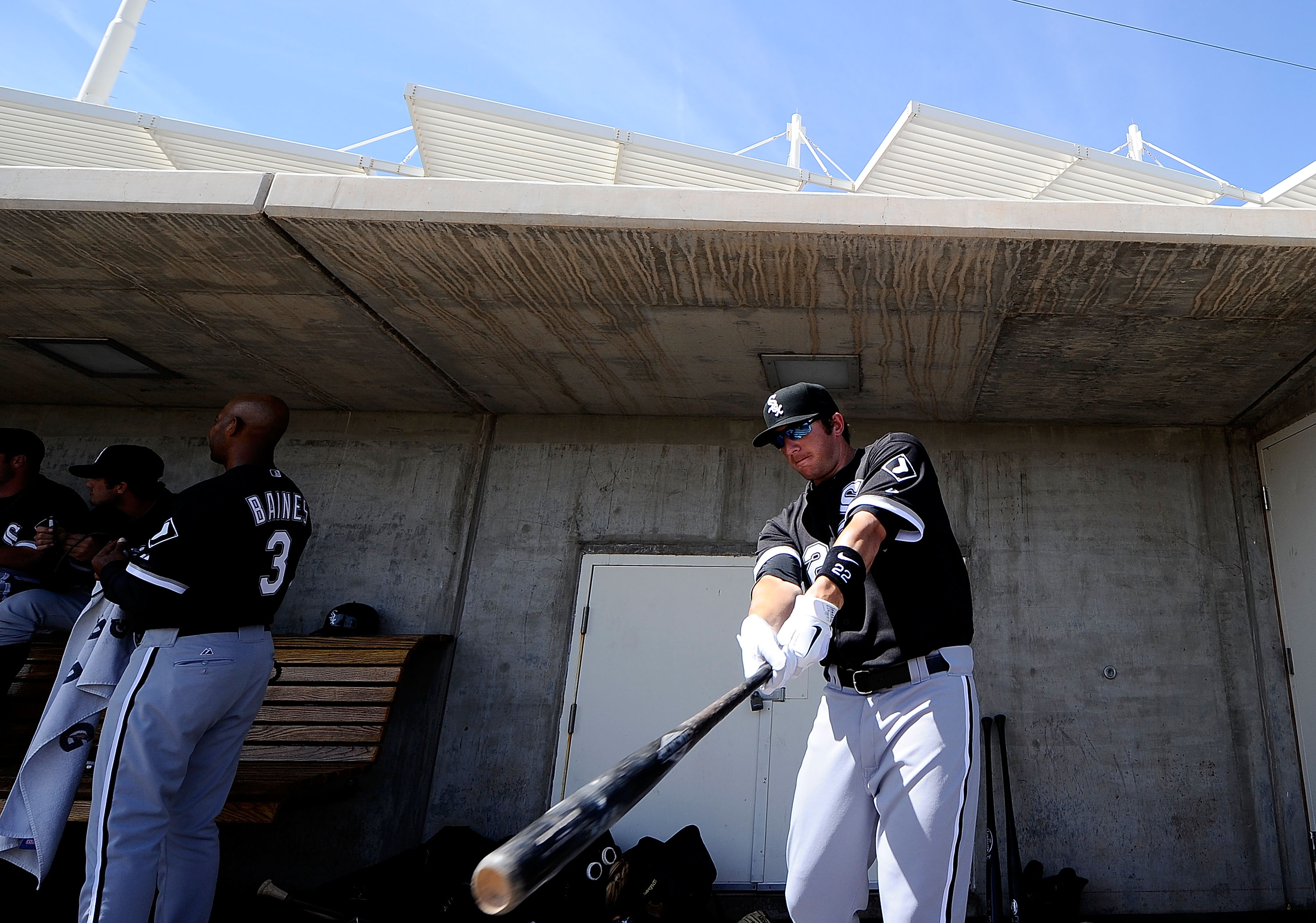 After the first series of the year, the White Sox rank second in batting average for the American League. This is foreign territory for this ball club, considering the White Sox have finished dead last in hitting two times in the past four seasons.

The team average of .324 is inflated due to the number of games played, but it is NEVER a bad thing to start off the year with solid hitting numbers. The only team Chicago trails in the American League is the hot-hitting Texas Rangers, who swept the Boston Red Sox in picturesque weather.

When Texas starts playing in the snow and keeping the same numbers, then I have nothing to say, but the White Sox did all this in near-freezing weather conditions. Usually, as the temperature drops, so do batting numbers and vice-versa.

As a die-hard White Sox fan, every start to a fresh season usually ends up in my wishing for the warm weather to roll in, waking up our bats. This year is different, as the boys have been hitting the baseball cleanly and executing when called upon.

Look for these numbers to stay consistently good as the season pushes forward into the summer months.

Execution with Runners on Base 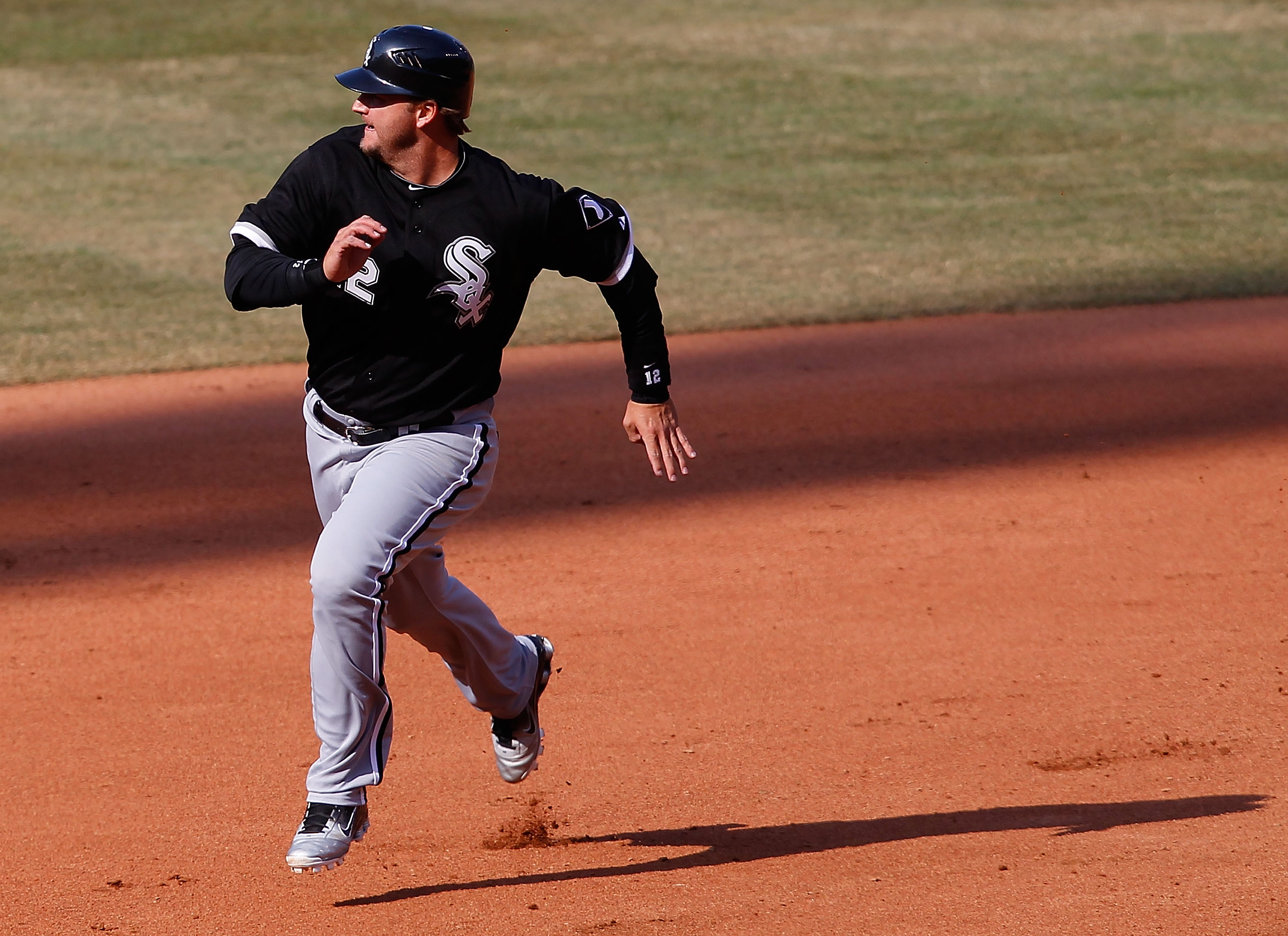 From the looks of it, "Ozzie Ball" might be back in town. For those who are not aware, the term "Ozzie Ball" was coined when Ozzie Guillen took over as skipper for the Chicago White Sox, meaning small ball and team execution.

This type of play was what drove Chicago to the World Series title in 2005, and with the possible arrival of "Ozzie Ball" on the South Side, hopes of bringing a new trophy to town skyrocket.

Of teams that only competed in three games over the weekend (excluding KC and LAA), the White Sox have the most hits in the American League. An impressive stat, yes, but the run output may be even more uplifting.

Being able to execute when called upon, combined with intelligence on the base paths, results in greater long-term success than the long ball.

Age Is No Issue 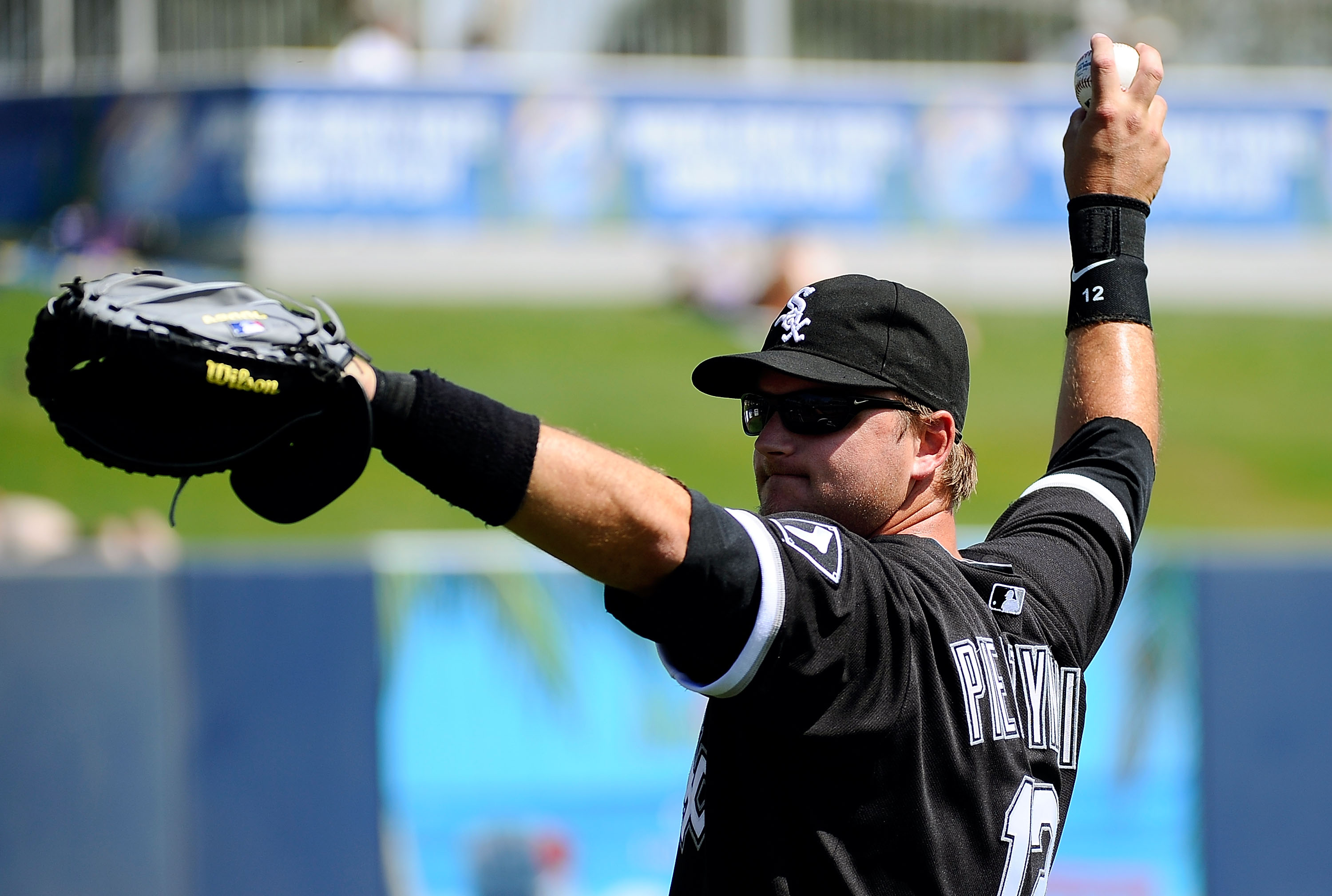 The obvious commodity shared between these players is age, all being above 30 years old. The not-so-obvious? Their hot starts. Each guy is batting above .350 to begin the year, with Konerko's .364 batting average being the lowest of the three.

Each of these players were a question mark heading into the offseason. Is Vizquel too old to hold a roster spot, let alone get playing time? Does Konerko want to finish his career in a White Sox uniform, and if so, can we pay him? Is Pierzynski worth keeping around, considering his lackluster performance and questionable attitude?

All those questions were answered with a resounding "Yes," resulting in Jerry Reinsdorf opening his wallet and the organization coining the term "All In" as their slogan this season.

Vizquel has only seen the field once so far this year, but in his three at-bats, he singled twice and scored a run.

Pierzynski has put the doubters to bed temporarily by sprinting out of the gate with five hits in 13 at-bats, resulting in a .385 batting average. He also has two RBI and has scored a run.

Konerko has been very consistent for the White Sox during his tenure, but his age and salary came into question once he was eligible for free agency. The White Sox eventually spent the money to maintain their captain.

This season, Konerko has hit .364 as earlier stated, which includes an efficient three RBI and three runs scored on four hits in 11 at-bats. 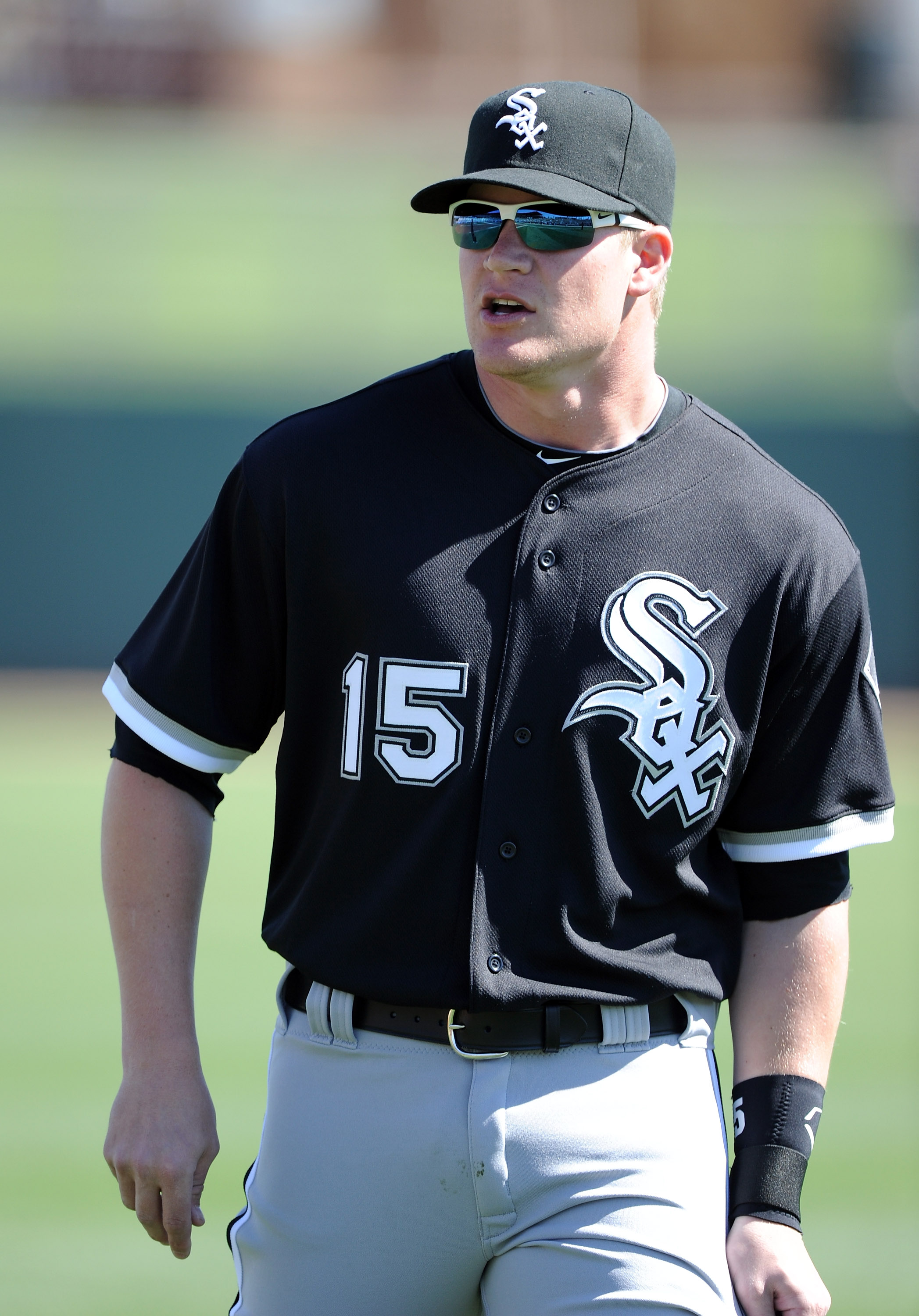 Gordon Beckham made his major league debut with the White Sox on June 4, 2009. At the time of the call-up, the White Sox needed a spark that Beckham would eventually ignite that season. Since being taken by Chicago out of the University of Georgia, Beckham's hype was higher than any White Sox prospect since Wilson Alvarez.

That year, Gordon started slow and caught absolute fire during the summer, finishing the year with a .270 average, 14 home runs and 63 runs batted in. All of this was done while playing third base, which is quite different than the shortstop position he was used to playing.

Last season, expectations were high and another position change was in the cards for Beckham, this time to second base. The thing that people don't realize is that there is a very fine line between hype and expectations.

Gordon showed during his rookie campaign that he could get the job done at the professional level, and the hype surrounding him quickly turned into reality. While the hype faded, expectations ensued for his second season. When expectations aren't met following a solid rookie campaign, the term "sophomore slump" is often used.

This is what Beckham endured last year, a sophomore slump.

This year is different however. The White Sox rightfully kept Beckham at second base, a position that compares more to shortstop than third base does. He has a full year of second base experience under his belt and teams with shortstop Alexei Ramirez to create a formidable double-play duo.

Gordon has had an extremely uplifting start to the 2011 season to boot. In 11 at-bats, Gordon has five hits, two RBI and has scored four times.

This will be the year that Beckham makes a name for himself, and a different Beckham will be on the minds of sports fans across the nation. 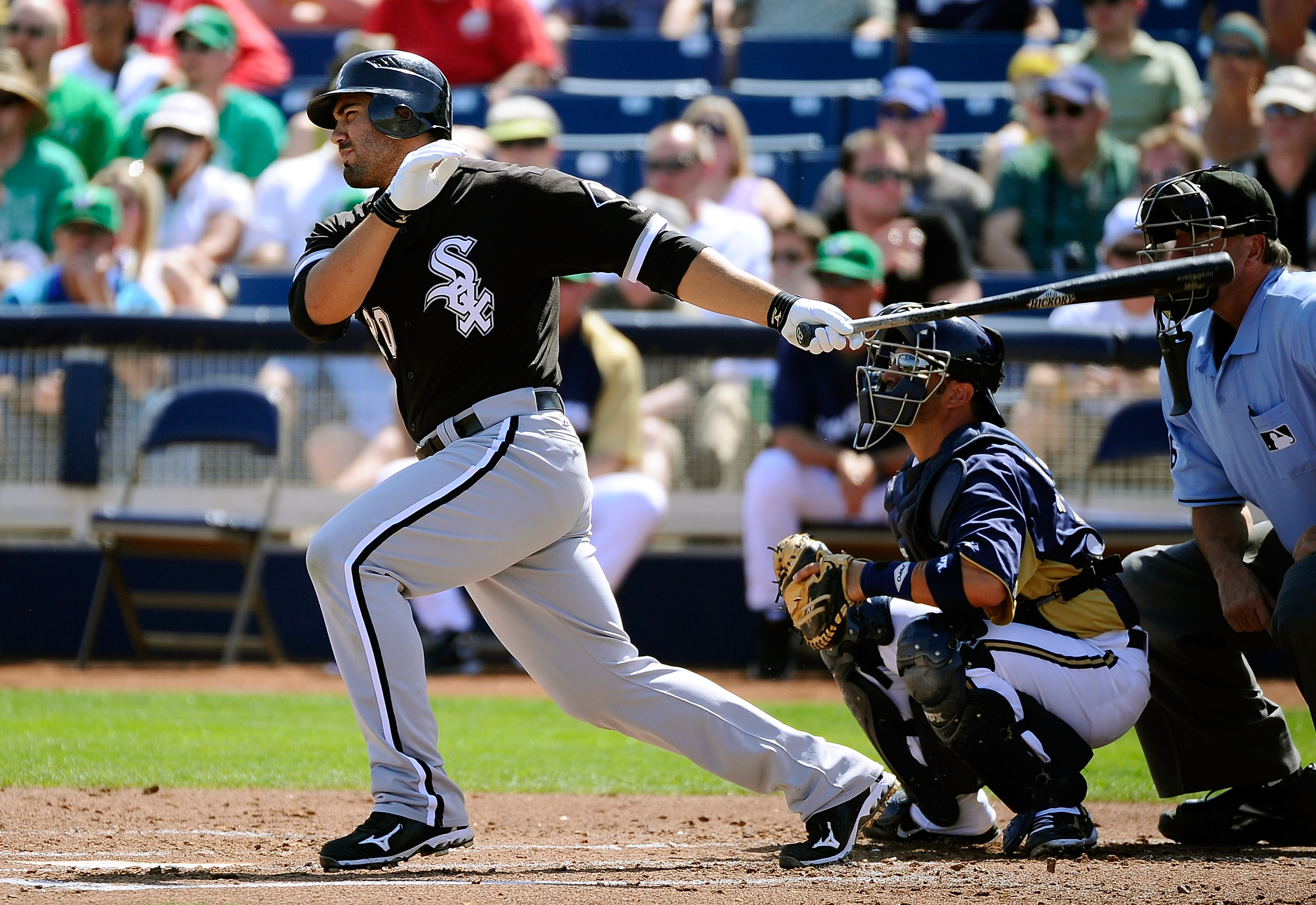 We all know that Carlos Quentin can put up MVP caliber numbers that can seemingly carry a ball club, hence 2008.  We also all know that Quentin can be utterly frustrating to watch in the batters box, hence the rest of his White Sox tenure. He even knows this, considering his 2008 MVP run skidded to an abrupt stop when he slammed his bat out of frustration, resulting in a broken wrist.

Quentin ended that 2008 season with a .288 batting average, 36 long balls and 100 runs driven in.  He hasn't been in the same zip code of these stats ever since.

With every new baseball season comes a clean sheet. Whatever you did in the past, forget it. It is all about what you can do now.

Quentin worked hard in the offseason, retooling his swing mechanics day-in and day-out with White Sox hitting coach Greg Walker. This work is already showing dividends early in the 2011 season.

Quentin has started the year on a tear, compiling six hits in his first 11 at-bats. Of the six hits, three have been doubles and one has left the park. He also has more runs batted in (seven) than hits (six) and has scored three times.

I highly doubt that Quentin will continue at this pace, which would land him just about every hitting record in the book. Regardless, he needed this start more than just about everyone in terms of getting his confidence back. Adding a confident Carlos Quentin to the lineup is equivalent to adding a solid bat in the offseason.

What's so Different About This League? 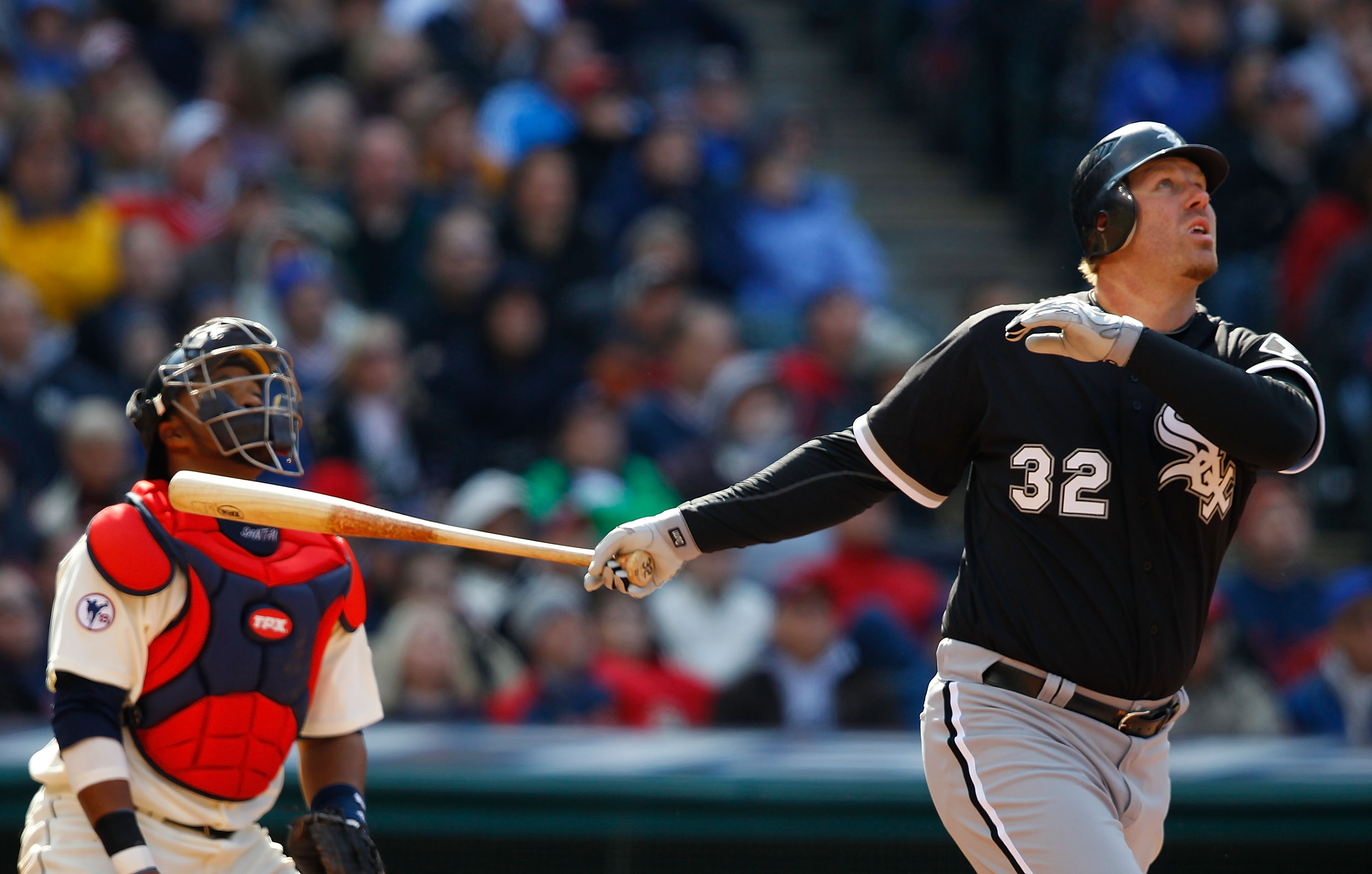 Many thought Adam Dunn's switch from National League pitching to that in the American League would prove to be a difficult one. It was also thought that Dunn would be lackluster at the plate because he is not used to a full-time designated hitter role.

One person that wasn't thinking negatively was Dunn himself.

Dunn seems to have already caught on to American League pitching and looks comfortable in his new White Sox attire. With 10 at-bats already under his belt, Dunn has collected four hits, including a home run, five runs batted in and two runs scored.

What can be more impressive than Dunn's power numbers thus far? Dunn has drawn three walks, compared to striking out only twice. This is in no way an indicator for the rest of the year, but a good start with a new team is nothing to hang your head at.

Dunn's left-handed power will prove vital to the success Chicago will witness on the south side of town.

Don't Look Too Much into Pitching Numbers 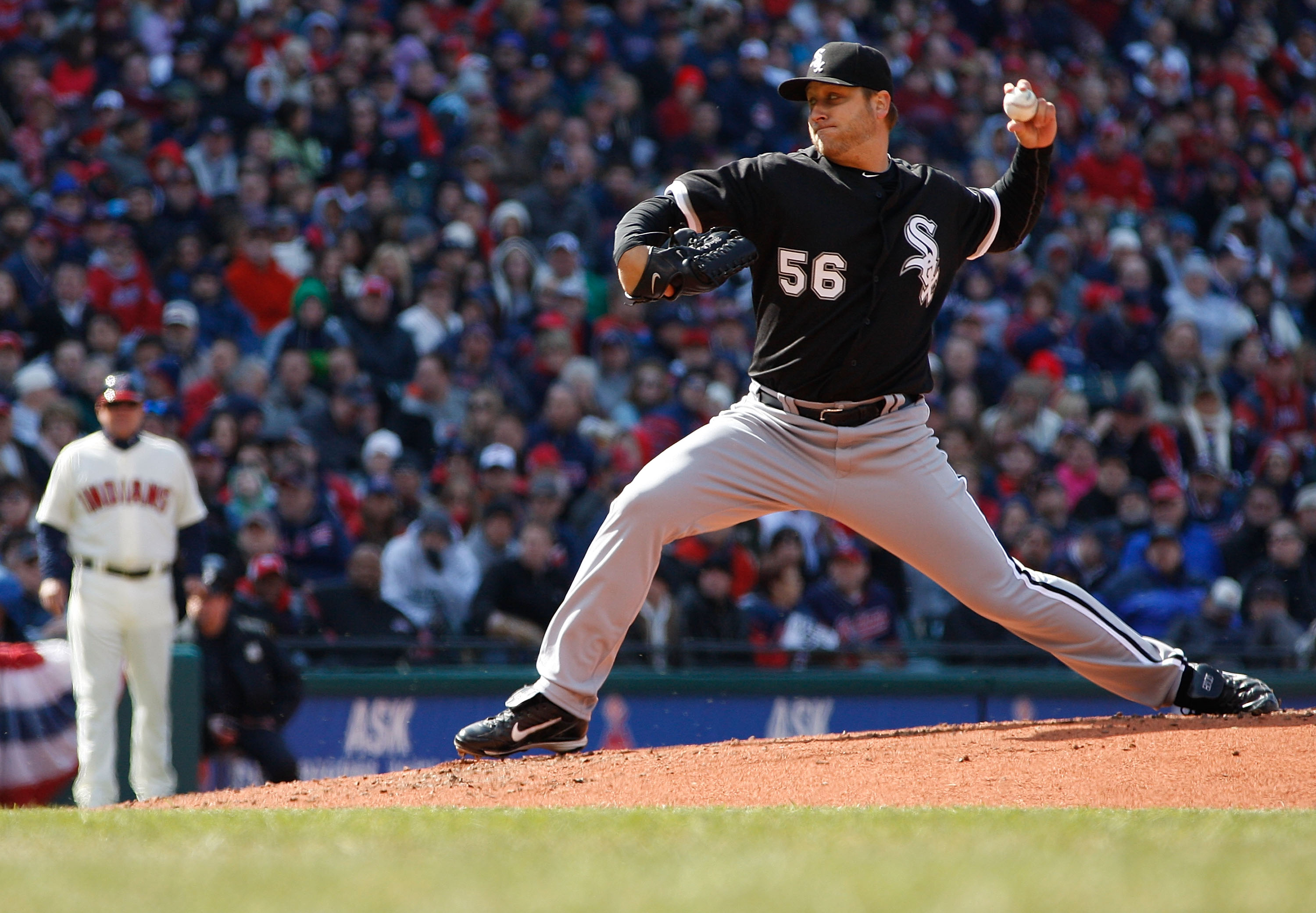 The White Sox have had a rough start in the pitching category, according to the stat sheet. A 6.00 earned run average is nothing to be proud of, but don't spend time looking into it.

The starters have looked good, the bullpen has not. Try sitting for six innings in 40-degree weather and then entering a Major League Baseball game. It's not easy however you put it. Will Ohman and Tony Pena have looked bad, but one bad outing began with a 14-0 lead. Chris Sale has looked very good.

Overall, one category is all that matters. Out of three road games, the White Sox won two of them and that's what matters.