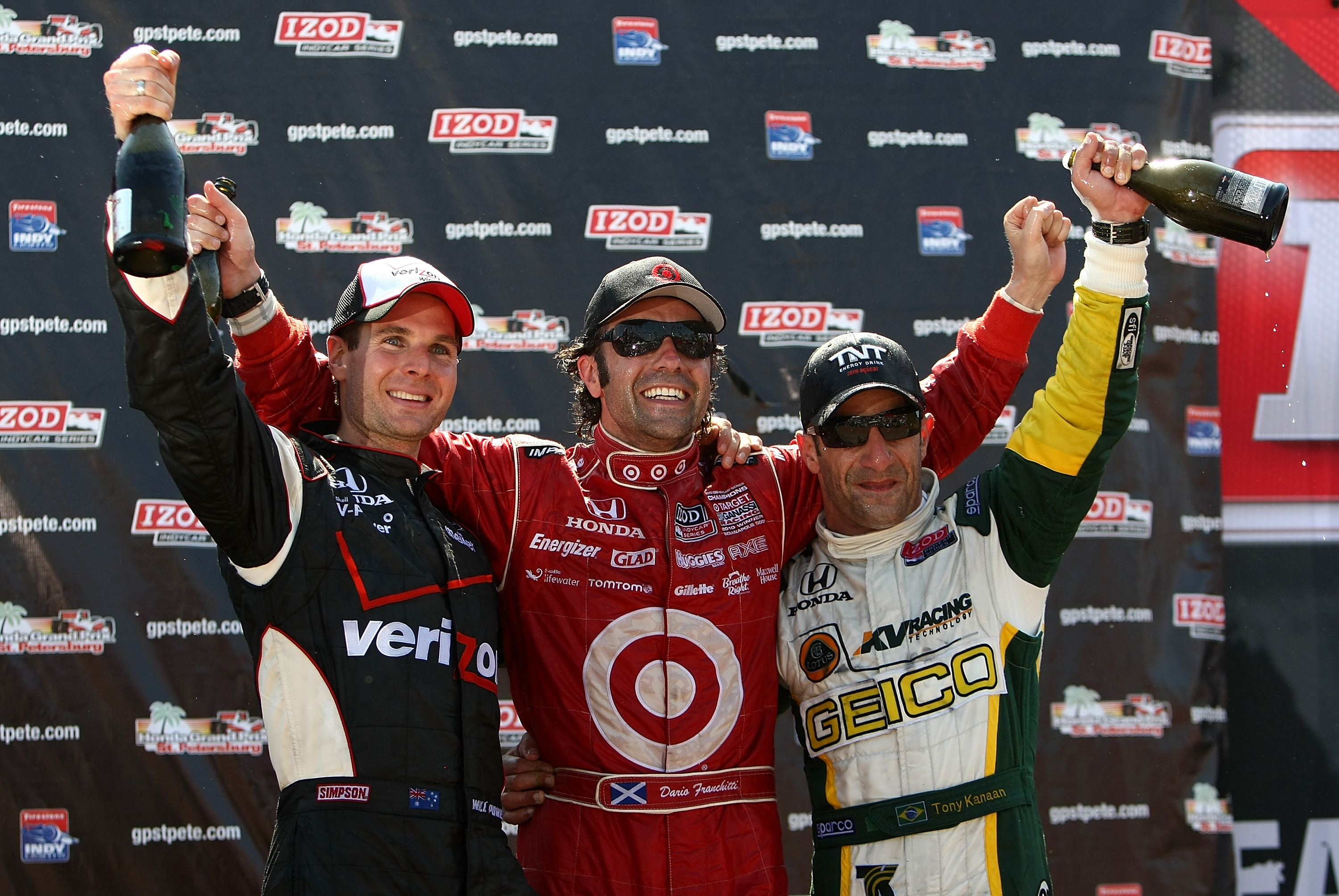 Sunday's season opening event at St. Petersburg was filled with a little bit of everything. You had the new rules in place, some aggressive driving, injuries, blocking, good competition and flat out domination all in one race.

Dario Franchitti cruised to an easy victory as he took a seven second lead over runner-up Will Power. Tony Kanaan and Simona de Silvestro had quite a duel in the last half of the race that provided for some great racing, and a lot of controversy. Not to be outdone though, were the drivers who literally couldn't wait to get the season started.

All in all it was a great race, and the ratings were higher than I thought they would be. The next race is scheduled for April 10th at Barber Motorsports Park, for the Honda Indy Grand Prix of Alabama. The race is scheduled to start at 3:00pm.

Here are five things that we learned from Sunday's race that we might not have known before the race began.

Drivers Are Impatient, and the Rules Are to Blame 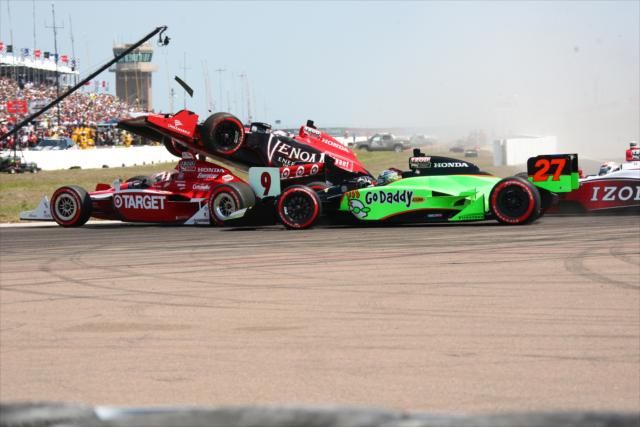 The disaster that was the first 13 laps of the race really showed how eager these drivers were to get the season started. Whether the new rules or the drivers were to blame is up for debate, but a combination of both was apparent in the opening laps.

The very first turn resulted in six of the top drivers being taken out, with Marco Andretti once again starting the season on his head after just one turn.

The drivers were driving the first lap like it was the last lap. There wasn't any room for error, and if you were going to get a position on someone, you had to literally take it from them, even if it meant taking someone else out.

Simona Is Ready to Take the Spotlight 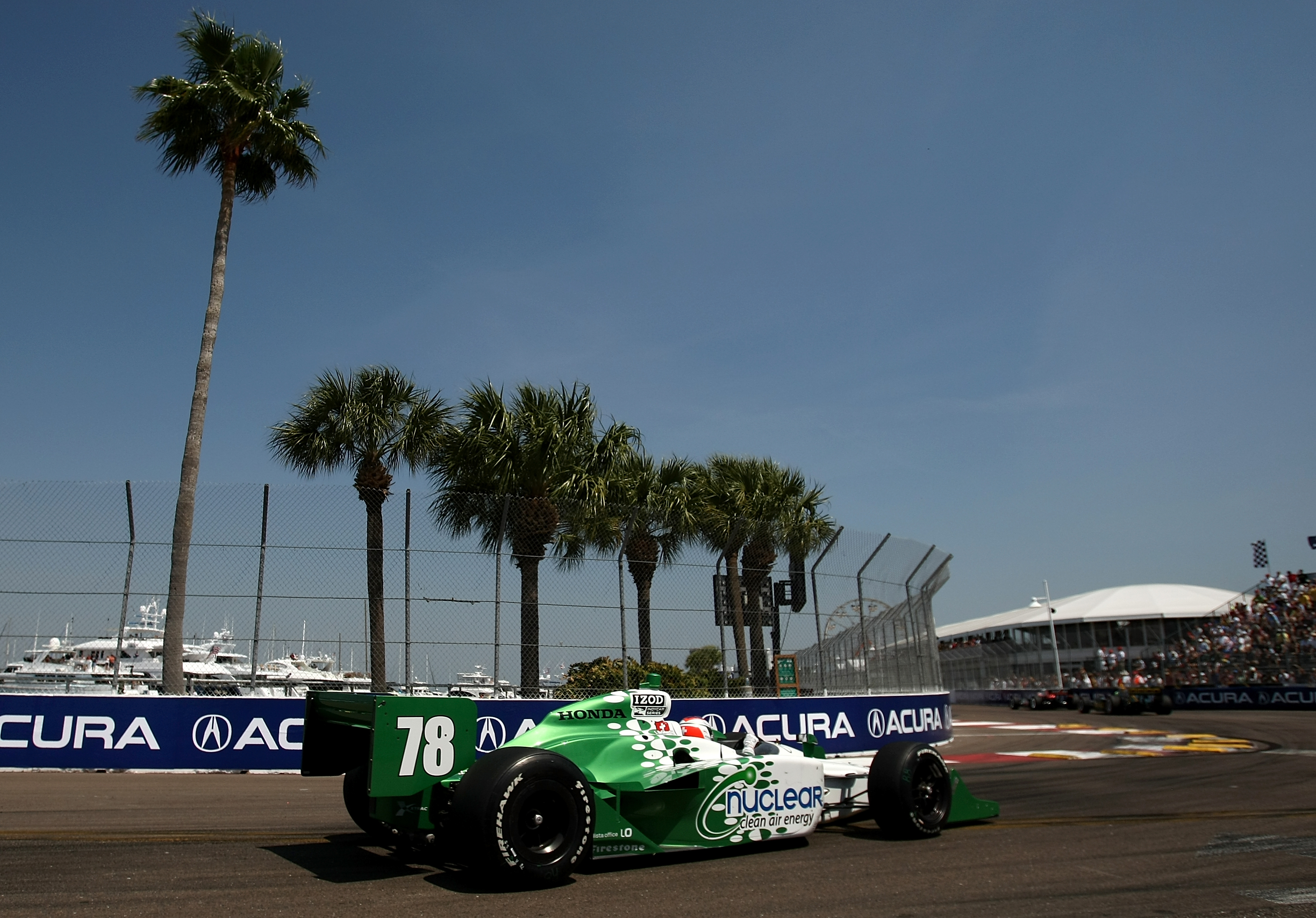 The impressive run by Simona de Silvestro might have been the story of the race. This isn't like she started up front and happened to stay there because everyone else was being taken out. She started in 17th position and worked her way up to second place halfway through the event.

Her duel with Tony Kanaan was thrilling to watch, and if Kanaan's teammate EJ Viso hadn't pulled such an "unprofessional" move to give Tony some breathing room, we might be talking about a third place finish for Simona.

Either way, you have to love the way she has handled everything, from losing her engineer to Kanaan just days before the race, to the move by Viso and even the block by Kanaan with two laps to go.

Oh yeah, handling the Danica Patrick questions after such a great run was also very classy—wish we could get some real reporters out there.

Dario Still Has the Passion to Win 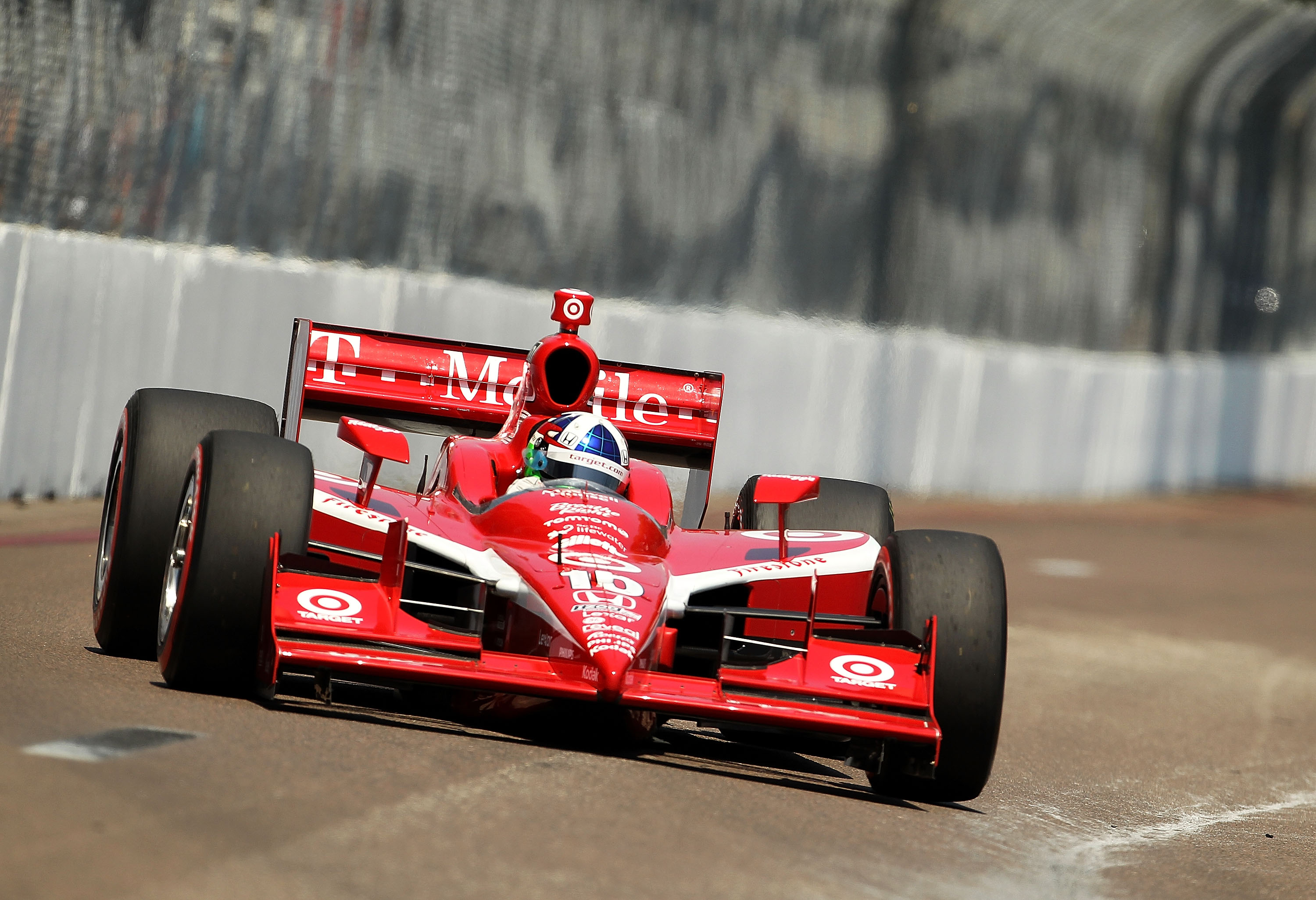 Anyone that questioned the determination, want, and desire of Dario Franchitti before this race probably feels a little red right now, as well they should. The competitive fire that this guy has is the reason why he is the defending champion, and two-time Indy 500 winner.

The domination he showed on Sunday was ridiculous. Winning by more than seven seconds and leading 94 of 100 laps is really something to marvel at, especially considering the car was wrecked the day before. While teammate Scott Dixon continued to have bad luck on his side, Dario proved that Team Ganassi is still the team to beat in this series. 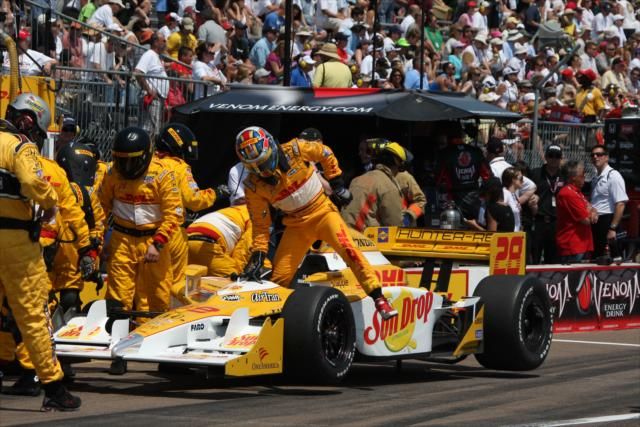 Just when it looked like things were starting to turn for this team. The newest team member, Mike Conway, was turning heads all weekend with his impressive runs. Ryan Hunter-Reay was ready to step up and be a leader for this team. Marco Andretti was also running in the top five in practice, and Danica had the spotlight on her once again, coming back to IndyCar.

Then in the blink of an eye (or a dumb move in turn one of lap one of race one) it was all gone. Andretti was upside down, Conway's car was being loaded up in the hauler, and Hunter-Reay was packing his things up just a few laps later. Couple that all with Danica getting her front wing clipped off a couple of times and being penalized, and you have all four Andretti cars outside of the top ten.

Not the way they pictured starting off the 2011 season.

This Could Be the Most Competitive Season Yet 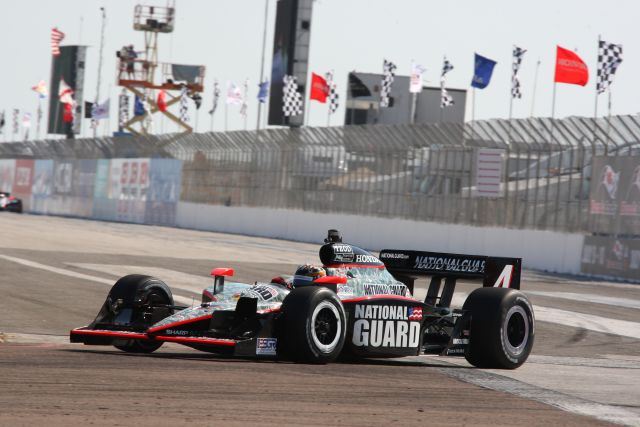 After the dust settled in St. Pete, the top ten finishers were interesting to look at. Out of all ten drivers, only two of them were from the same team—KV Racing's Tony Kanaan and Takuma Sato. Ganassi only had one of their four cars in the top ten, Penske only had Will Power and not a single one of the four Andretti cars cracked the top ten.

The first turn probably contributed to that interesting statistic, but it is a fact none the less.

With talented drivers like Kanaan, Tagliani, Silvestro, Wilson and the four relatively even Andretti drivers, there should be plenty of competition for the Penske and Ganassi teams this year. Also, I wouldn't count rookie JR Hildebrand out before this season is over.

After just one race, the excitement is already filling the air.