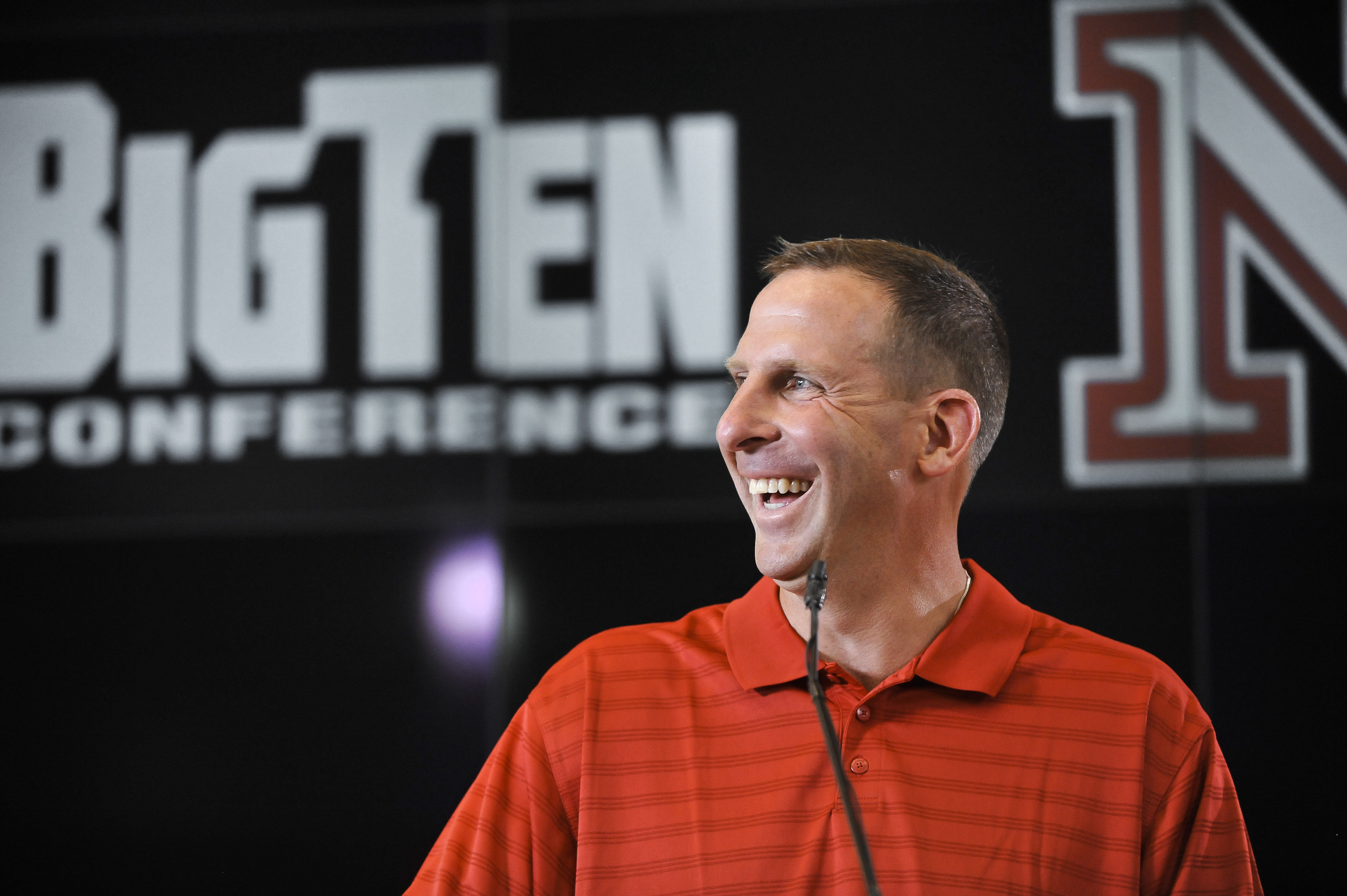 A once-promising basketball season that turned sour is now over, and it's time for Husker fans to turn their attention to spring football.

The Huskers have a unique opportunity in their inaugural Big Ten season.

Ohio State is in the midst of turmoil surrounding their five star players and beloved head coach, Wisconsin loses an underrated game-manager in Scott Tolzien along with two of their top offensive linemen, and Michigan looks to have yet another down year while transitioning head coaches.

While these three programs will still be very competitive, there likely won't be another year in which all three of these teams will be beatable for a long time.

To capitalize on this opportunity, however, Nebraska will need to develop a strong offense to complement the resurrected Blackshirts defense, which will also need to do some reloading this off-season.

Many of these players could find themselves contributing early for the new-look Huskers, and this list ranks those who could make the biggest immediate impacts for Nebraska.

NOTE:  Bubba Starling is included only as an honorable mention for the sole reason that he still may not end up in Lincoln this fall. 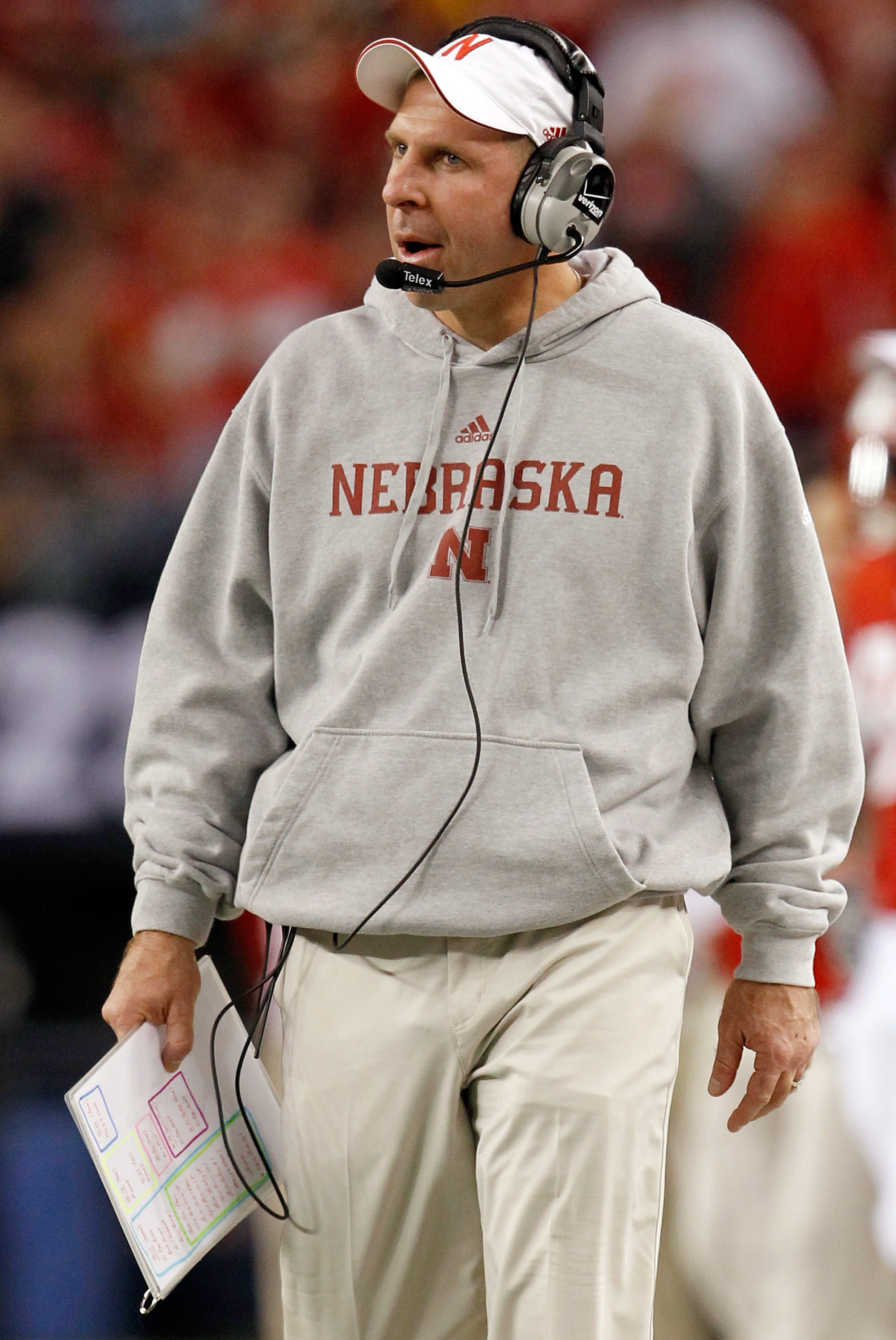 Bubba Starling, QB—Standing at 6'5", 200 pounds, Starling is a physical freak who was simply dominant as a runner last season and is bursting with confidence.  If he wants to challenge for the starting quarterback job, though, he will need to develop his raw throwing arm.  A looming MLB contract may keep Starling out of Lincoln altogether.

Todd Peat Jr., DT—An Arizona native, Peat chose Nebraska over favored Arizona State on signing day after seeing a Nebraska license plate in his home state and considering it a sign from God.  Although Peat is college-ready, the great depth Nebraska possesses on the interior defensive line suggests Peat will redshirt.

David Santos, LB—Santos was snubbed by his home-state Texas Longhorns, who apparently thought Santos was too small to play linebacker.  After seeing Lavonte David tear up the college football landscape firsthand at just 210 pounds, Husker coaches saw it differently.  Whatever Santos lacks in size, he makes up for in speed and vision.  However, with the depth Nebraska currently has at linebacker, I think Santos will redshirt and put on some muscle in the strength program.  If he makes a splash in the fall, he may be able to crack the two deep or see some time on special teams.

Mike Marrow, FB—An Eastern Michigan transfer, Marrow followed his dad to Nebraska, who is working as a grad assistant with the tight ends.  Marrow's size should make him a good power back in 3rd down and goal line situations.  While I think Rex Burkhead would be better at that role than some people think, Marrow may be able to lighten the load for Burkhead. 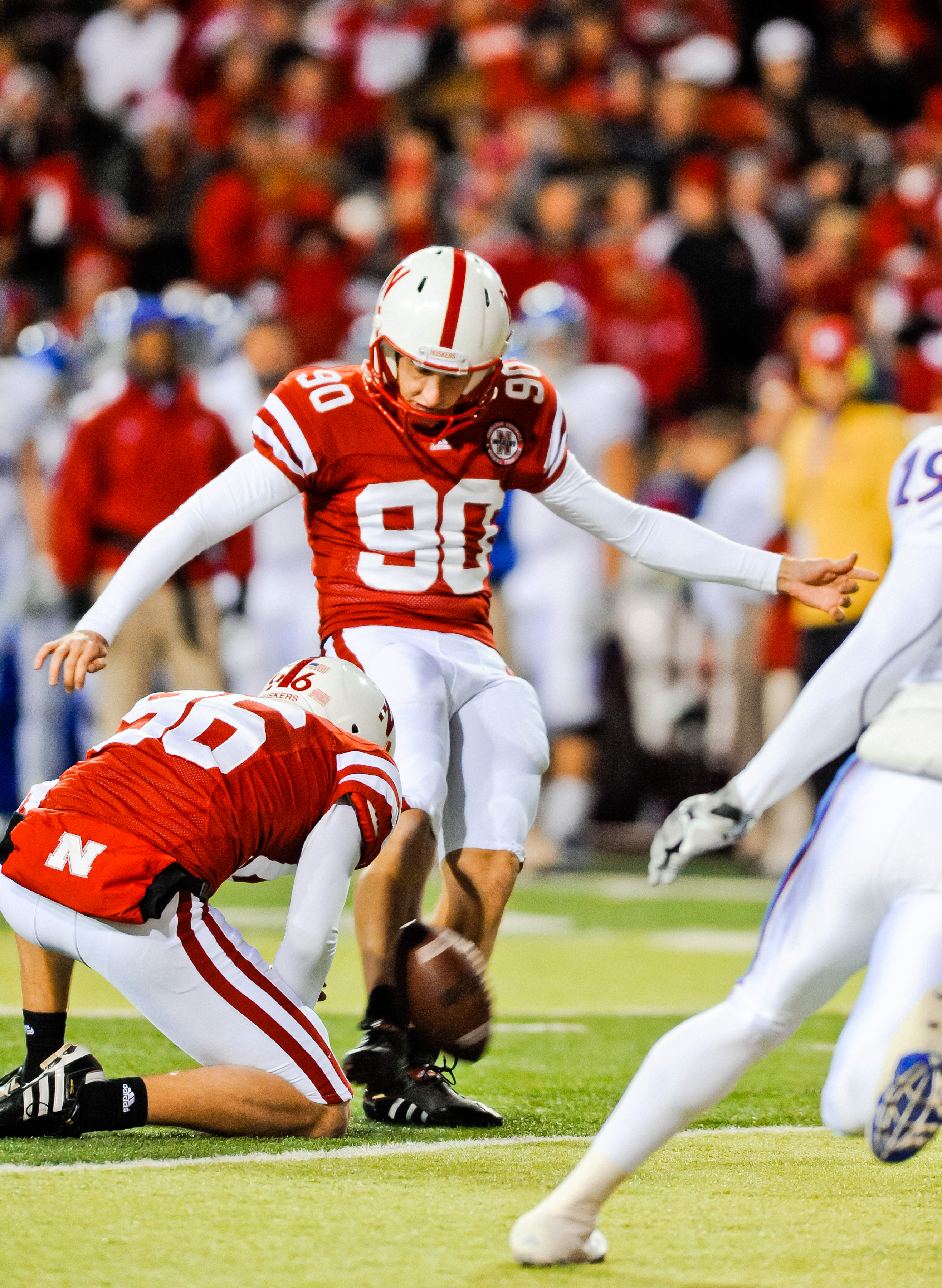 With the departure of All-Everything kicker Alex Henery (the most accurate kicker in NCAA history who also served as a punter) and kickoff specialist Adi Kunalic, the Huskers have a couple enormous holes to fill.

With no proven kickers on the roster behind its two lost stars, Nebraska went hard after a scholarship kicker in the 2011 class.  Coaches finally settled on Bondi, who possesses a very strong leg.

Already the favorite to handle kickoff duties, Bondi can run away with the placekicking job as well if he can hone his accuracy. 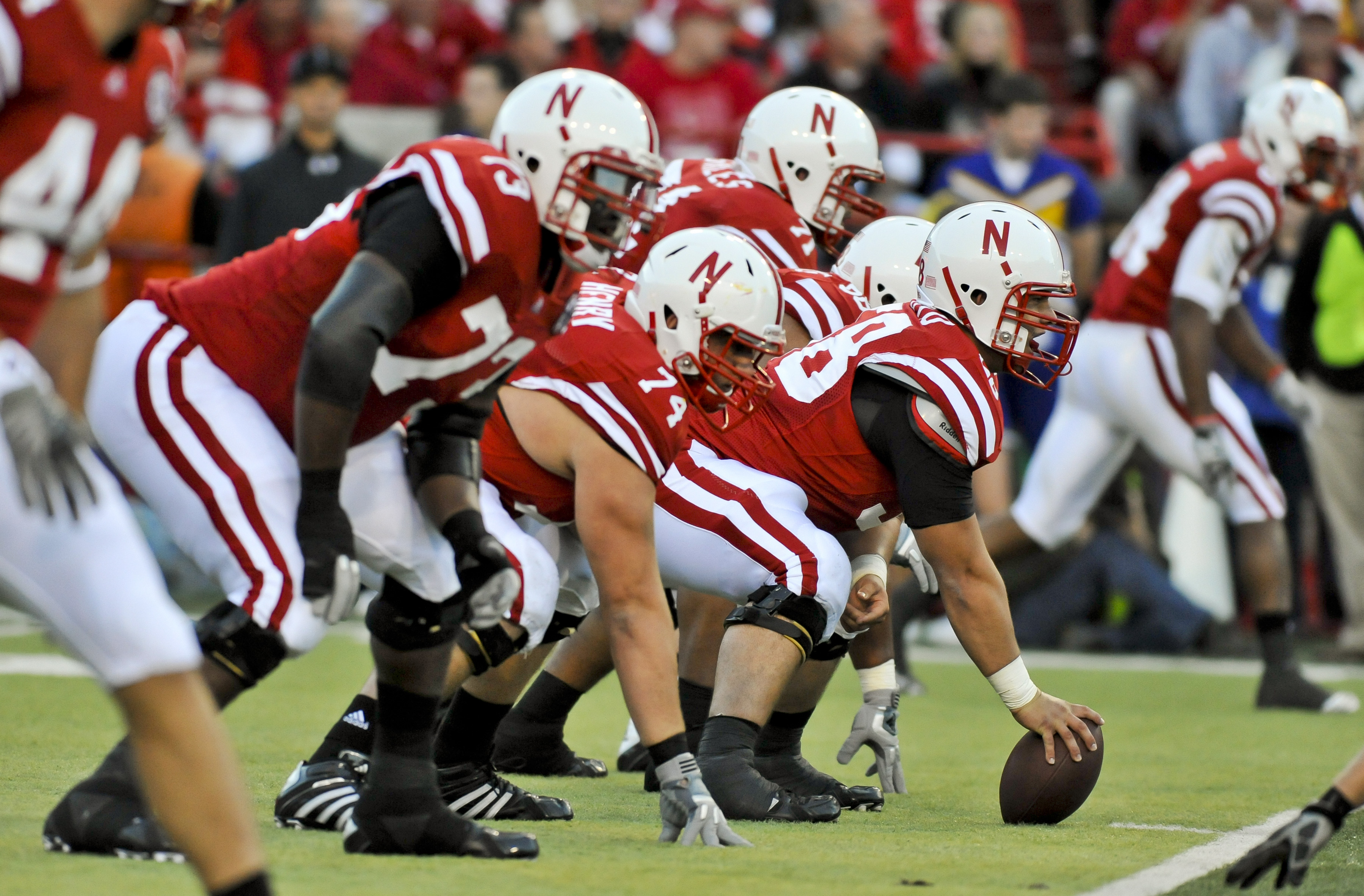 Reeves is a 6'3", 300 pound center prospect who was widely known as the best prospect in the state of Nebraska in the 2011 class.

Behind Mike Caputo, Nebraska has little depth at the center position.  Reeves seems to be a prototypical center who could make a big splash in the fall and take the back-up position behind the veteran Caputo.

If Reeves can beat out Cole Pensick for second string, he will likely get some playing time in relief of Caputo.

If Reeves redshirts, watch for him to make a push to start at center as a redshirt freshman. 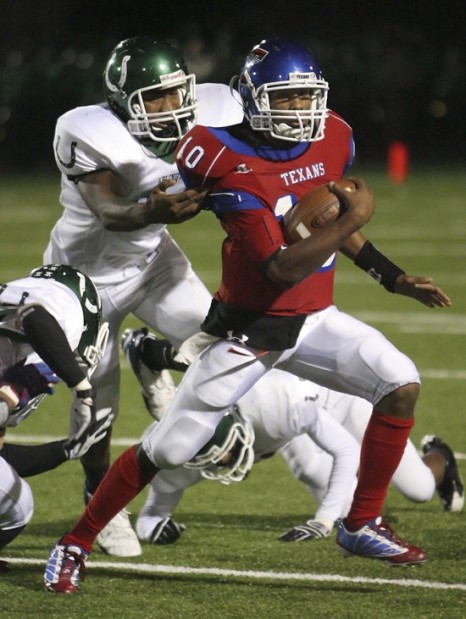 With Taylor Martinez, Cody Green and Brion Carnes to compete with, you wouldn't think Turner would have much of a chance to be a contributor.

However, Turner's unique ability to play multiple positions may allow him to contribute at receiver, running back, and kick returner, and as an early enrollee, he is getting a valuable head start on learning the playbook.

Expect him to get onto the field one way or another this season. 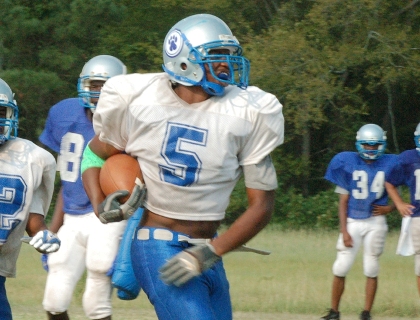 A junior college transfer from California, Carter is an underrated prospect who stands 6'5" and 250 pounds.  He originally committed to Arizona, but after being recruited hard by a teammate, he switched his pledge to Nebraska.

With the departure of Pierre Allen, Carter has a big chance to prove himself this fall when he is thrown into a pile of unproven players opposite starter Cameron Meredith.

Based on Bo Pelini's track record with junior college prospects (who he doesn't seem to recruit unless he believes they can contribute immediately), Carter has a good shot at cracking the two-deep and, in a perfect world, possibly even starting in 2011. 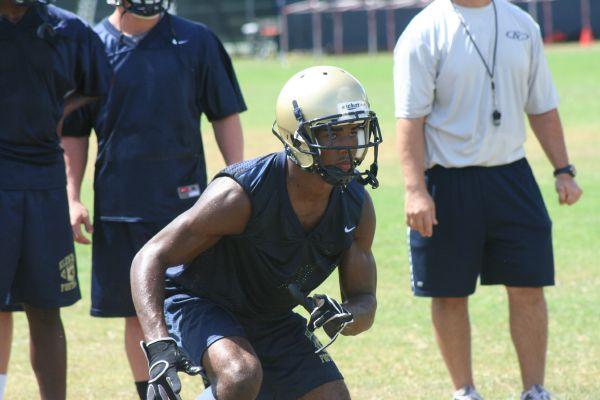 A 5'11", 180 pound corner from Klein, Texas (a teammate of David Santos), Jackson definitely looks the part, and his physicality reminds many of Nebraska's possible All-American corner Alfonzo Dennard.

Jackson will arrive in Lincoln with high expectations.  He was a highly rated four star prospect by Rivals.com, and he seems physically ready to contribute to the team right away.

Bleacher Report Recruiting Analyst Edwin Weathersby thinks Jackson is so good, he might even be Nebraska's best defensive back as a true freshman:

While I don't believe Jackson will be that good just yet, I do agree with Weathersby's prediction that Jackson will contribute as a nickel/dime corner early in his career.

If he can learn the defense at a very quick pace, he has all the physical tools to be a heavy contributor opposite Dennard as well. 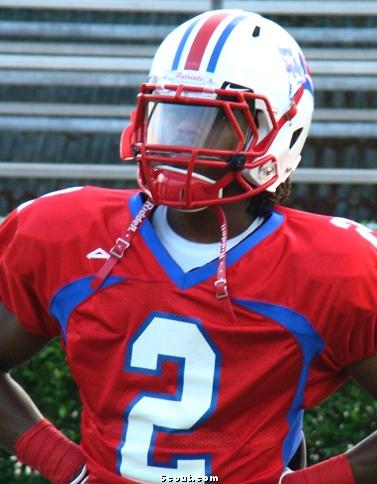 The first of three running backs on this list, Abdullah is a small, quick Jacquizz Rodgers-type whose recruitment was starting to gain steam before signing day.  A few more weeks may have seen Abdullah's stock rise through the roof.

Based on what most perceive the new offense will be based upon, there should be a lot of work to go around for the running backs.  In fact, I won't be surprised if four or five different backs get significant time.

Abdullah is one that has a great chance to contribute right away.  He has the speed, agility and pass catching ability to be a great fit for the offense Tim Beck is planning to run.

This pick is a hit-or-miss, because I think there is a good chance that one of the three incoming freshmen running backs will get a redshirt.

However, if Collins Okafor or Austin Jones cannot break out this season, Abdullah will likely be in a three man rotation with the other two freshmen. 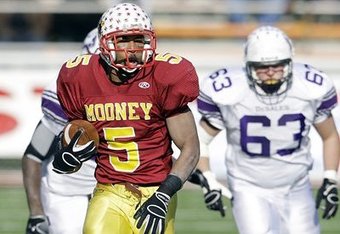 Assuming Heard qualifies (he is supposed to be cleared by the NCAA to enroll at Nebraska this coming fall), he will arrive at Nebraska over a year (and several ACT tests) after he committed to the Huskers.

A very highly rated prospect by Rivals.com, he wasn't recruited as heavily because of his academic issues.  Pelini decided to stick with the Ohio native anyway, and it has finally paid off.

Heard has decent size (5'10", 190 pounds) and great speed and agility.  He produced gaudy numbers in high school.  The second running back on this list, he has the potential to be even better than the other two freshman and may be the best fit for Beck's offense.

I think Heard will gain some muscle over the summer, assuming he is given a workout routine by the coaches, and be ready to contribute right away in the fall. 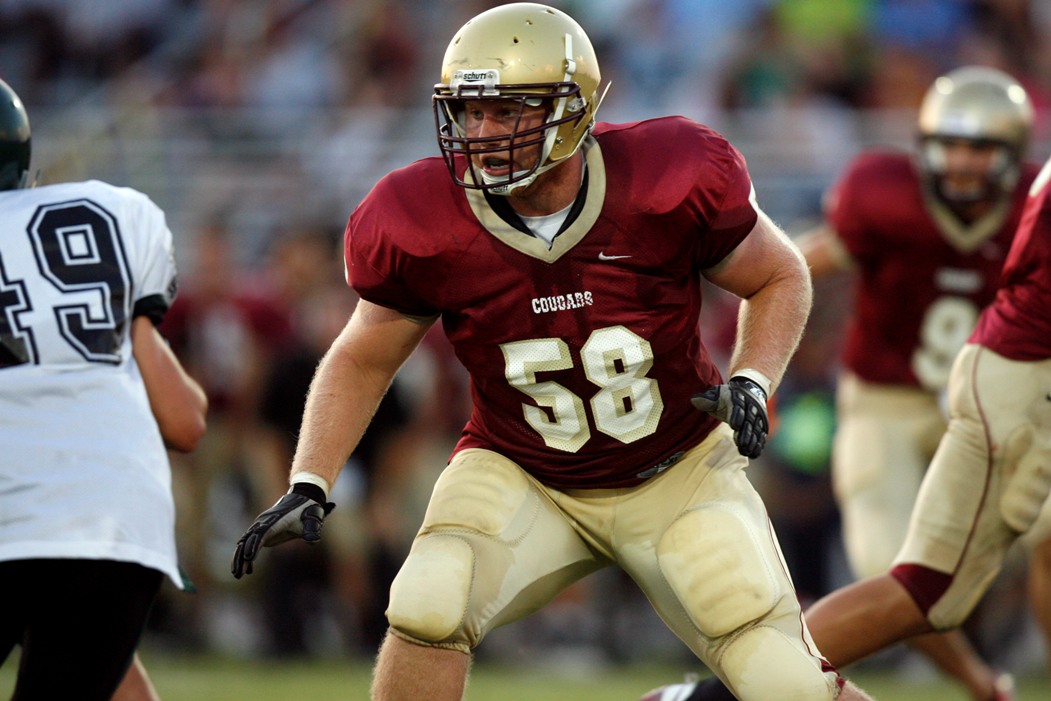 A prototypical tackle at 6'6" and 290 pounds out of Florida, Tyler Moore, like Jamal Turner, got a jump on the other 2011 signees by enrolling early and participating in spring practice.

Moore was a highly rated prospect by Rivals.com, and coaches have remarked that he has been adapting seamlessly to the college game.

His combination of size, strength and nimble feet make him a great fit at offensive tackle, and with a few inconsistent players at that position (Jermarcus Hardrick, Marcel Jones and Jeremiah Sirles), he will have a good shot at making his mark this off-season.

While most expect Sirles to start at left tackle, the right tackle job is still up in the air.  If Jones can stay healthy and Hardrick can continue reshaping his body, Nebraska will probably be well set at the position.  But if Jones and Hardrick do not step up, there's a small chance we could have a true freshman starting at right tackle.

Either way, I predict Moore will get significant playing time at one or both of the tackle spots as part of the two-deep. 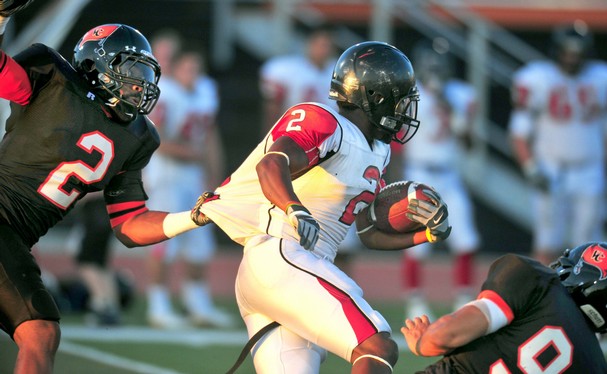 The teammate of fellow Nebraska signee Joe Carter, Stafford starred in a safety role, showcasing an array of skills that are highly coveted at the safety position.

Just a 3-star originally, Rivals.com upgraded him to a 4-star midway through the recruiting process, and although drawing heavy interest from USC and Florida, he stuck with the Huskers.  He was also a crucial part of Carter's switch from Arizona to Nebraska.

Stafford's blend of size, speed, fluidity and run-stopping ability will likely make him a solid all-around safety with the potential to eventually be one of the top safeties in the nation.  Like Lavonte David in 2010, Stafford could be a surprise starter in 2011 and, if he has David's smarts, maybe even one of the team's top playmakers.

Even with the solid depth and experience Nebraska possesses at safety, when the 2011 season is over, Stafford may epitomize the type of junior college prospect Bo Pelini seeks to include in his program. 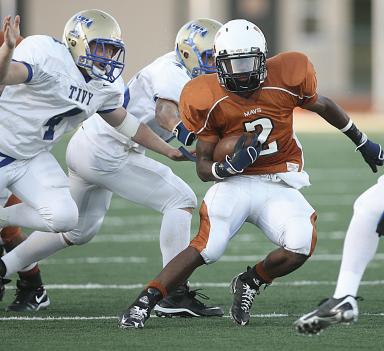 Aaron Green at No. 1 may not seem like a very bold pick, and that's because it isn't.

There is a reason why the San Antonio native was one of the coaches' focus points of the 2011 class.

Green has been an elite back since his sophomore year in high school, when he exploded for over 2000 rushing yards on over 8 yards per carry.

While his junior and senior seasons didn't present quite so gaudy numbers (probably because of a combination of injuries and defenses focusing on stopping him), he was still the focal point of the offense.

Against Steele High School, the team that produced standout Malcolm Brown (who signed with Texas), Green outshined his counterpart (aside from one breathtaking Brown touchdown run), rushing for 180 yards and 3 total touchdowns.

Green has good size and speed to complement his elite agility, a trait Rivals rated "As Good As It Gets".  He's shown good pass-catching ability out of the backfield as well.

In a new run-based offense, coaches will try to get Green out in space, where he is at his best.  If they can do that, he might remind some people of Reggie Bush.

Because of that, Green will probably be one of the top contenders for kick-off and/or punt return duties.

If Green can quickly learn a simplified offense, I think there's also a great chance he earns the No. 2 spot on the depth chart behind the veteran workhorse Rex Burkhead and has a phenomenal freshman season with the Cornhuskers.