Breaking Down the Starting Five: Did Acta Make the Right Rotation Choices? 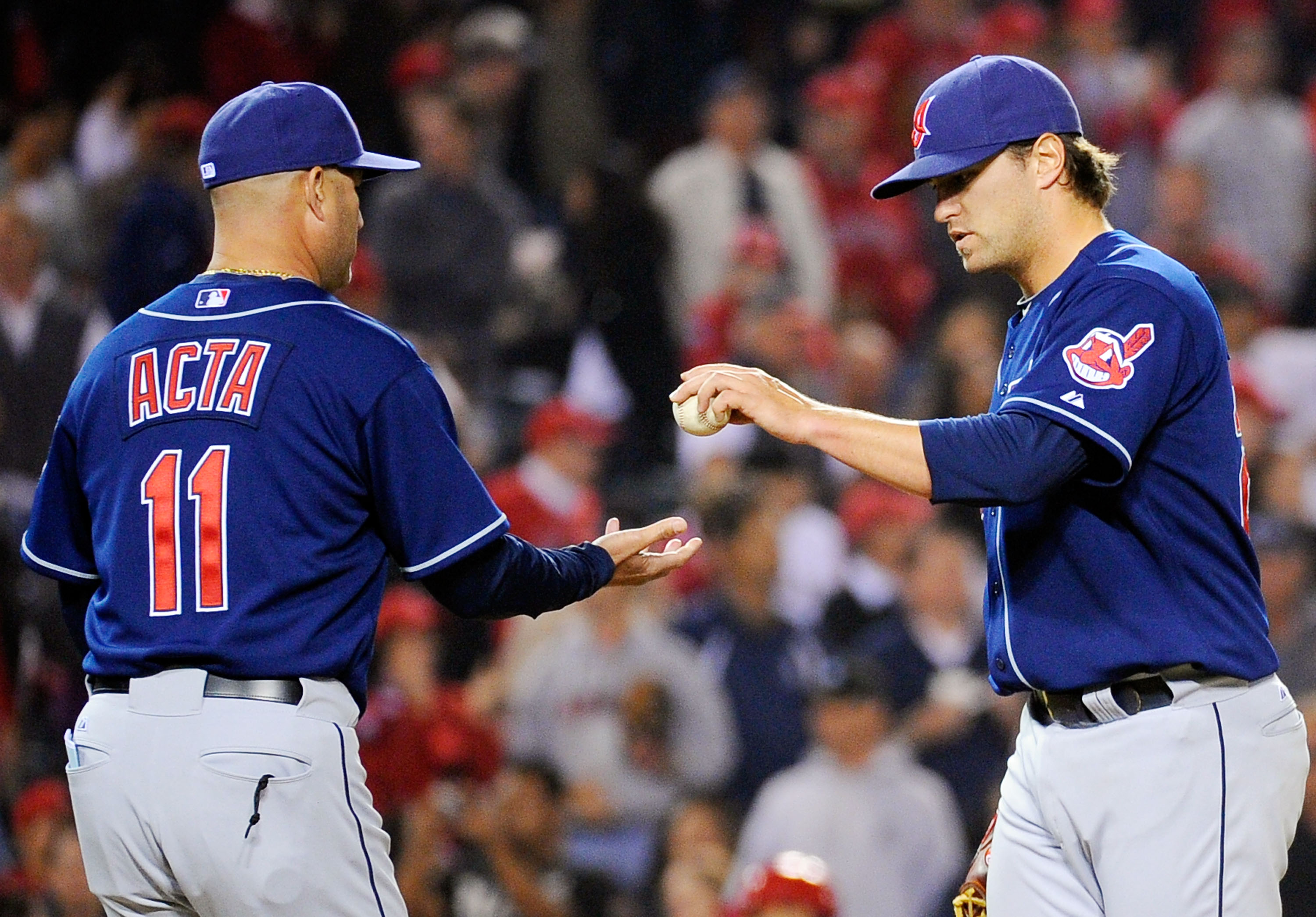 Much has been made about who the starting five should be in 2011, with Cleveland being loaded with lots of young talented arms. Rumors also circulated linking Cleveland to free agent pitchers such as Jeremy Bonderman and Kevin Millwood.

Ultimately General Manager Chris Antonetti decided against it and the Tribe stuck with their in-house candidates.

The result is Fausto Carmona taking the ball on opening day, with Carlos Carrasco, Justin Masterson, Tomlin and Mitch Talbot following him.

The one issue is that all five pitchers are right-handed, so did Acta get it right? 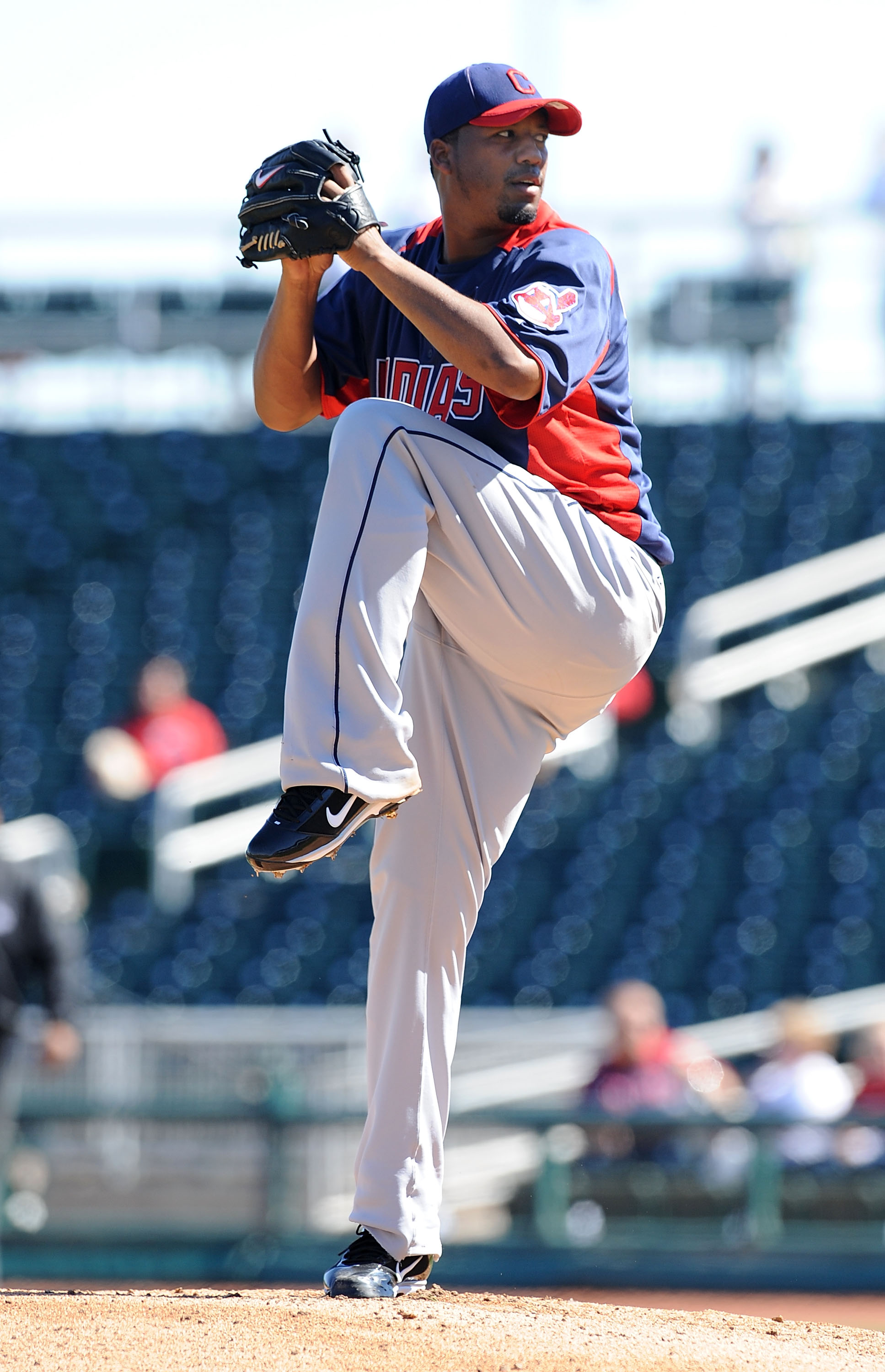 Carmona will take the ball in the first inning of 2011 and hope to build on his quality 2010. Carmona showed no reason why he shouldn't be considered the Indians' ace, as he reached the 200 inning plateau for the first time since his stellar 2007 season, and also had a solid 3.77 ERA.

He did not miss many bats last year—only 124 Ks—but that has never been Carmona's game.

An extreme ground ball pitcher, Carmona was able to rebound after bad 2008 and 2009 seasons to become relevant again in baseball.

While a team's ace is typically a shut-down type who racks up lots of strikeouts, Cleveland simply does not have that type of pitcher that is major league ready, making Carmona the obvious choice. 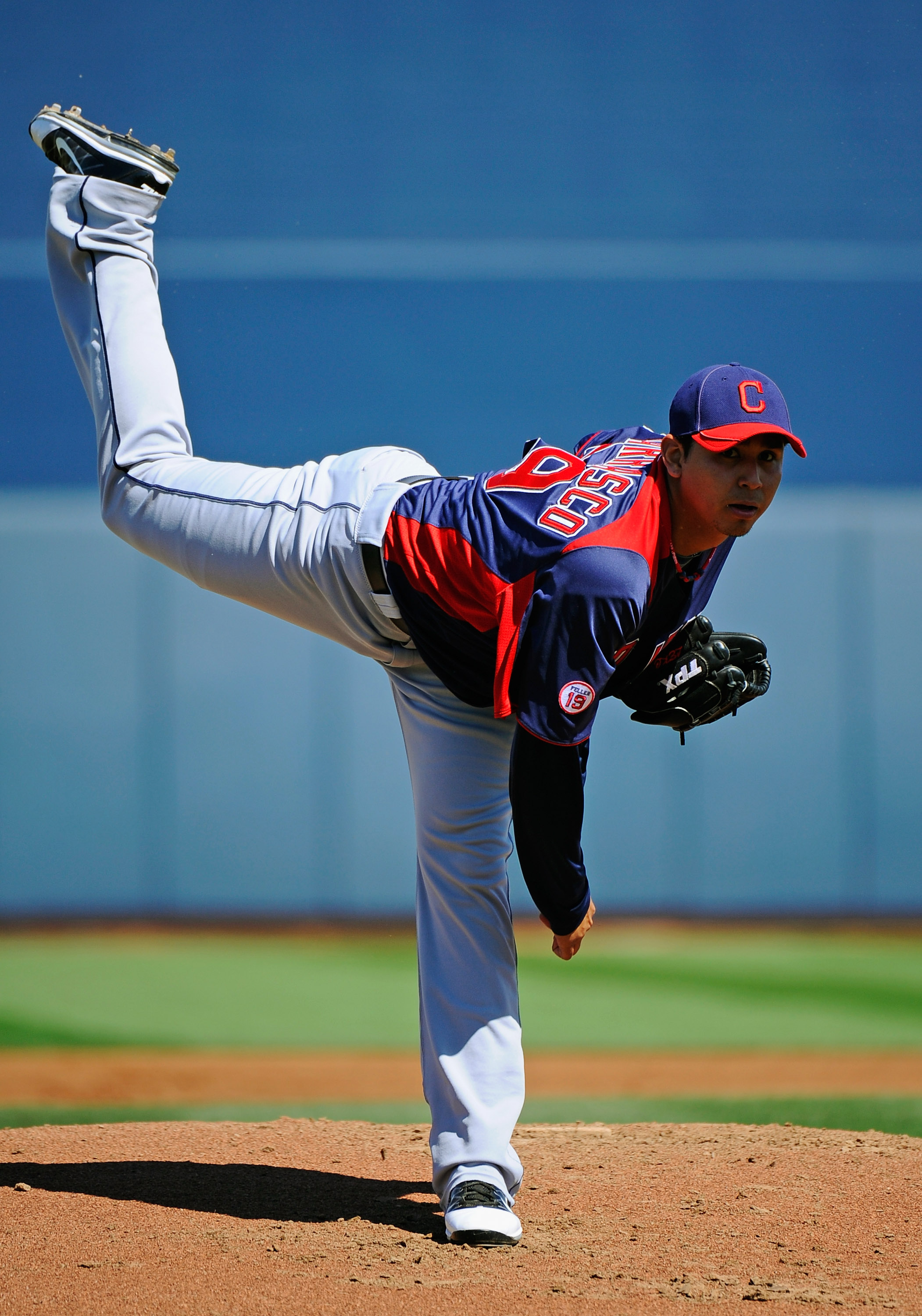 Forever linked to Cliff Lee, Carrasco will man the second spot in the Tribe's rotation.

Acquired in the 2009 deal that sent the former Cy Young winner to the Philadelphia Phillies, Carrasco struggled mightily in his first taste of the majors in that same year with an 8.87 ERA. After spending most of 2010 rebuilding his confidence in Triple-A, Carrasco impressed in a 44 inning stint late in the year.

His 3.38 ERA showed the potential Cleveland knew he had when they acquired him from Philly and he can only improve in 2011.

Despite this, it is somewhat surprising he was named the number two starter since he only has logged 67 major league innings thus far in his career. That is far less than his teammates Masterson and Talbot, who held rotation spots for all of 2010.

That shows that Acta has a lot of trust in the young right-hander and Cleveland should expect big things from him in the coming years. 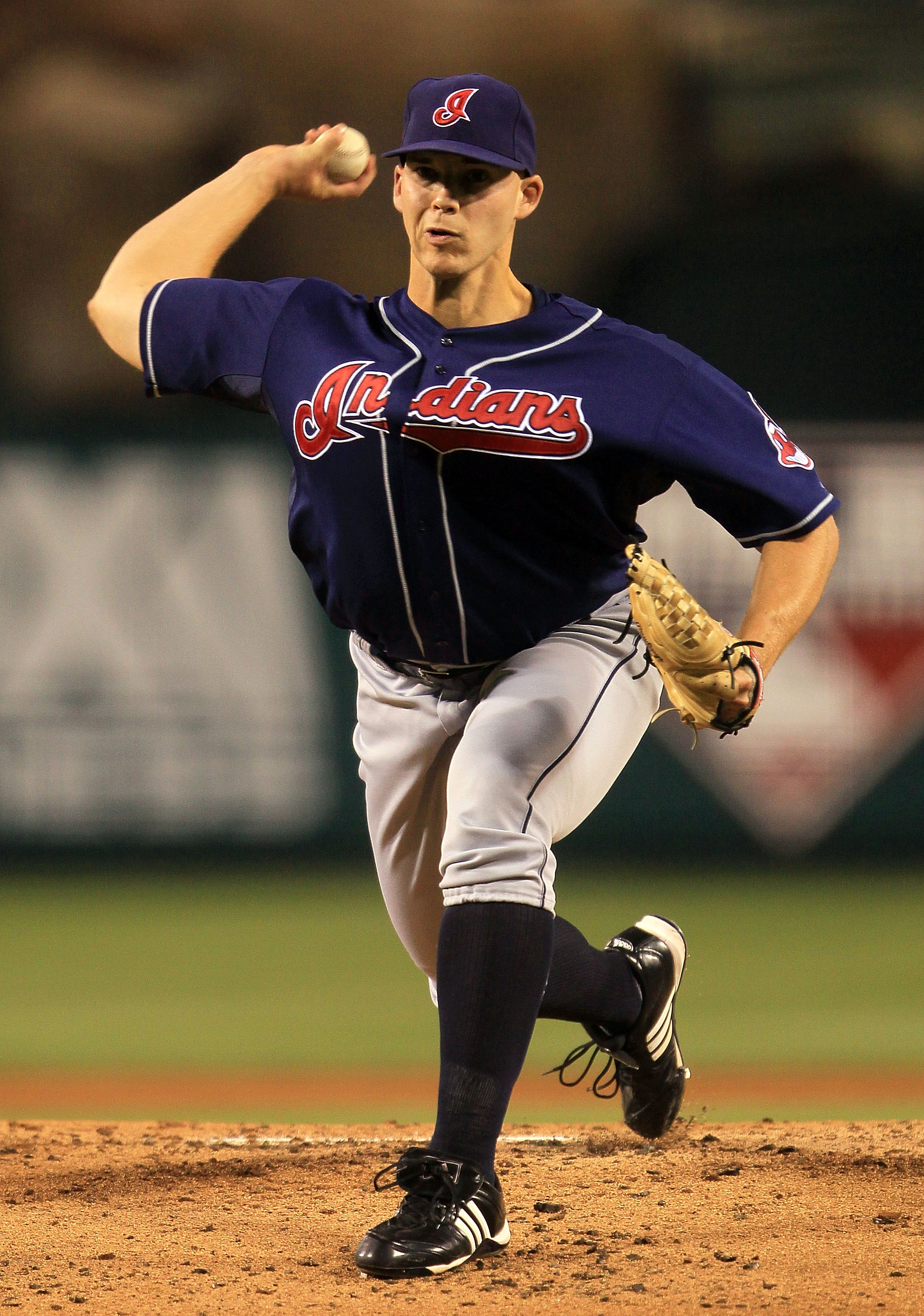 Another young hurler acquired in a trade by former GM and current President Mark Shapiro, Masterson locked himself up a rotation spot for the second straight year.

Though he was a bullpen arm for the Red Sox before the Indians acquired him in the Victor Martinez deal in 2009, Acta and Cleveland's front-office is adamant about stretching him out as a starter. In 2010, he was far from great with a 4.70 ERA in 180 innings, but his 7.0 K/9 rate was encouraging.

He had flashes of being a great pitcher in 2010 between shellings and the Indians hope they can have Masterson be more consistent in 2011. If he can, Cleveland could have one of the better number three starters in the American League. 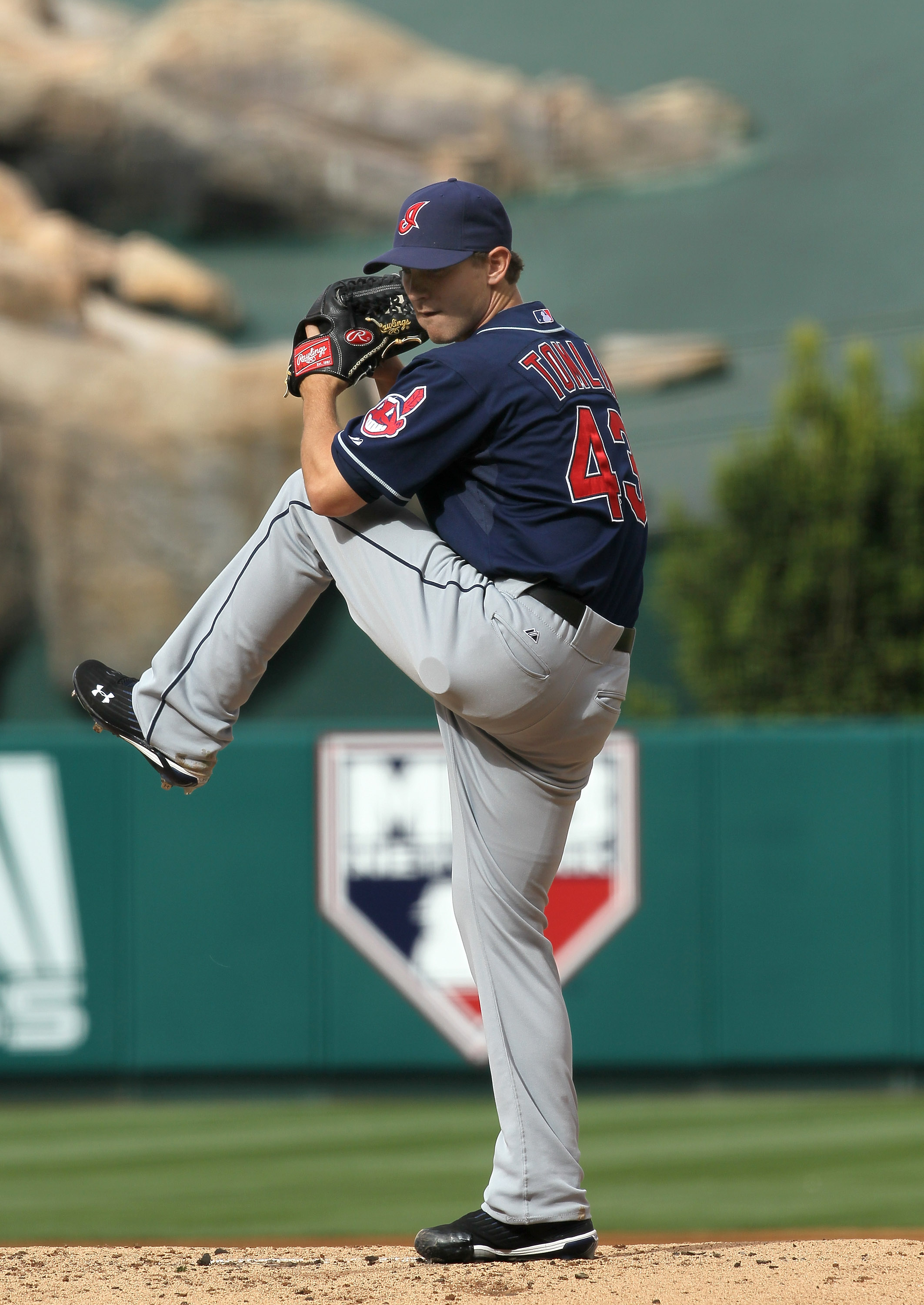 The final addition to the Tribe's rotation, Tomlin did not get the fifth spot as many expected. Instead he was named the fourth starter for the Indians after a quality 2010 with a 4.56 ERA in 73 innings.

Tomlin then came into spring training and was even better sporting a shiny 1.13 ERA. That stat was much better than his competition as Huff held a 5.82 ERA and Gomez's stood at 5.50.

The 26-year-old right-hander seems to not have as tight of a leash as some thought he would if he was named the final starter, so he should not feel so much pressure on himself as be a quality pitcher in Cleveland. 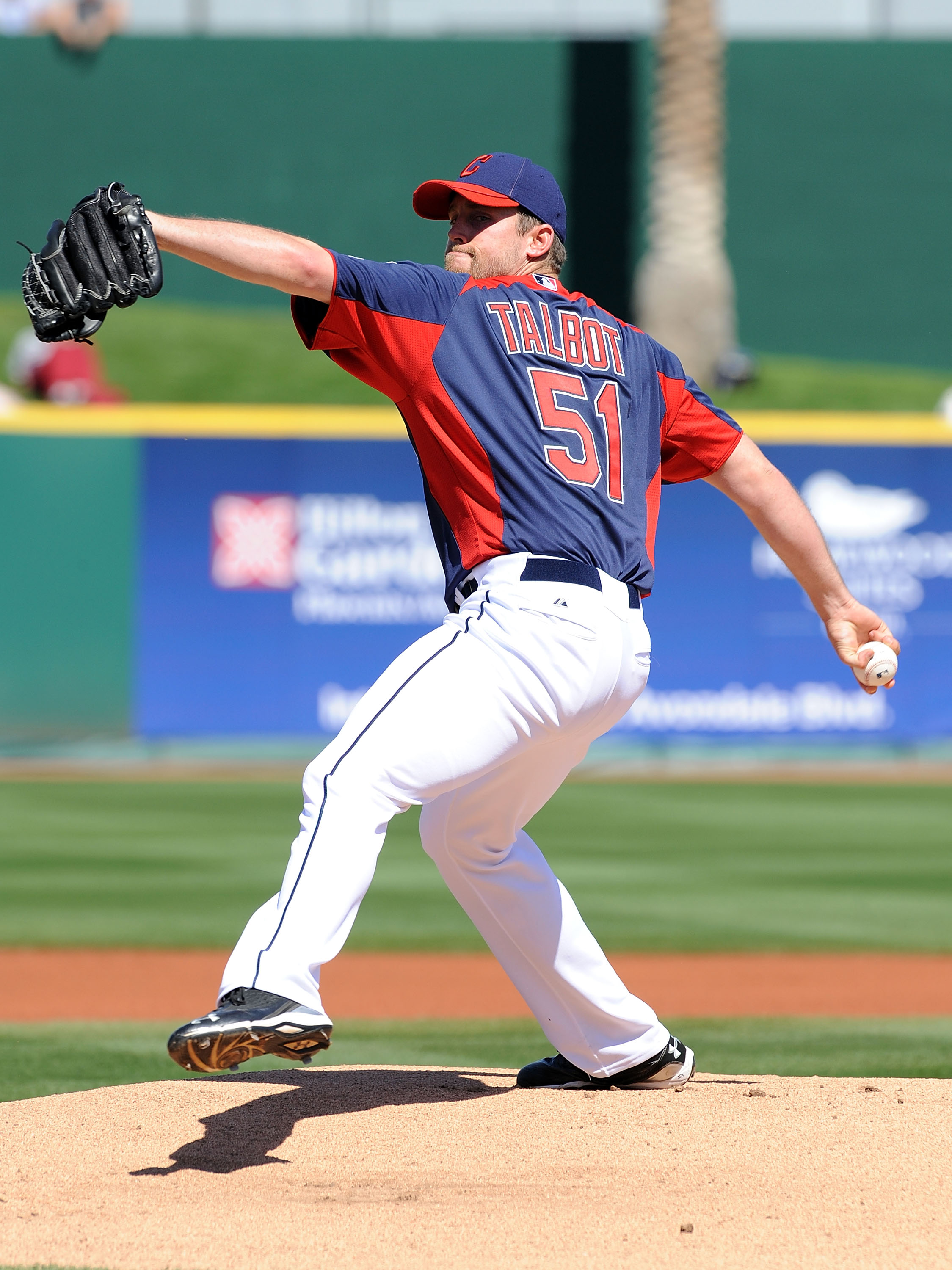 After having a great first half to 2010 in his first full season in the major leagues, Talbot even got a little AL Rookie of the Year hype in the state of Ohio.

Unfortunately for him, his second half changed that. Talbot's ERA rose to 4.41, which was not terrible, though he left Indians fans nervous whenever he took the mound.

Talbot looked forward to 2011, hoping to pitch better. Through spring training that did not happen. His spring ERA stands at 7.94 and that's not even his worst stat.

Talbot is on a very short leash this year, evident by the fact that he was named the fifth starter after many expected him to be the third or fourth. With Acta showing such little faith in him, and Talbot showing such little ability to get outs, one should wonder if he should have a rotation spot at all.