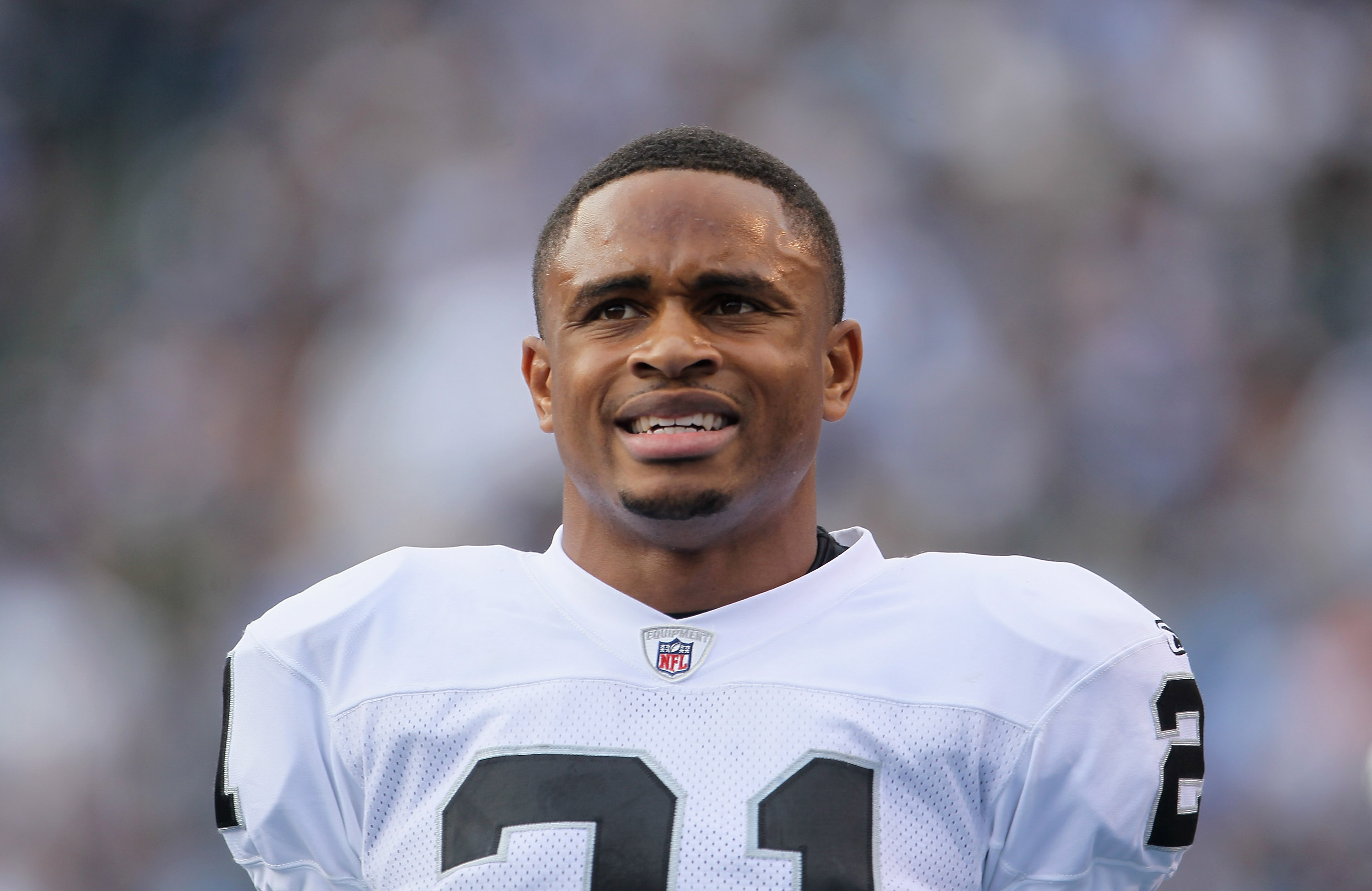 Oakland Raiders cornerback Nnamdi Asomugha is looking for a new home. He may not want to be in Oakland any longer.

As one of the top coverage men in the league, Asomugha's services are wanted by several rising/contending NFL teams. The Cowboys could use a Pro-Bowl cornerback to stabilize their inconsistent and penalty-plagued secondary, while the Ravens are old and worn down.

It's almost certain that Asomugha will have a new team, but with his great play comes a hefty price tag. He's worth a humungous contract.

Which teams will be approaching him with contract offers? Let's take a look... 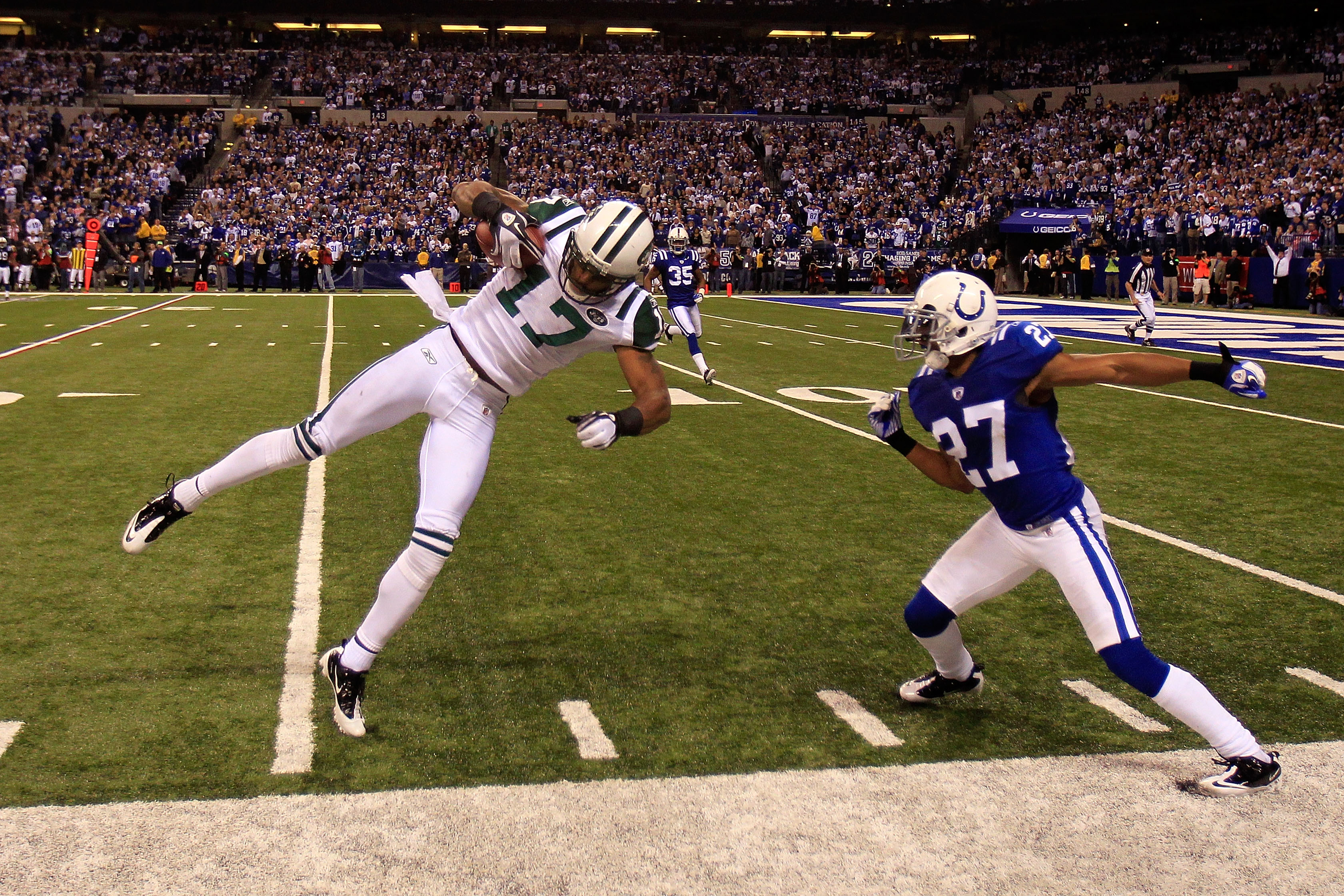 Bill Polian probably won't ever sign a top free agent, but the Colts get a flier for Asomugha because their secondary is terrible.

The team recently released Bob Sanders, but the cornerbacks are the main concern. Young, injured and inexperienced, the trio of Jerraud Powers, Jacob Lacey and Kelvin Hayden didn't impress in 2010.

The Indianapolis front office has been notorious for letting key secondary players go, including Marlin Jackson and Nick Harper.

Having Asomugha would really boost this team, but the Colts pick late in the first round and need an offensive lineman anyways. They won't be able to get a top cornerback late in the round. 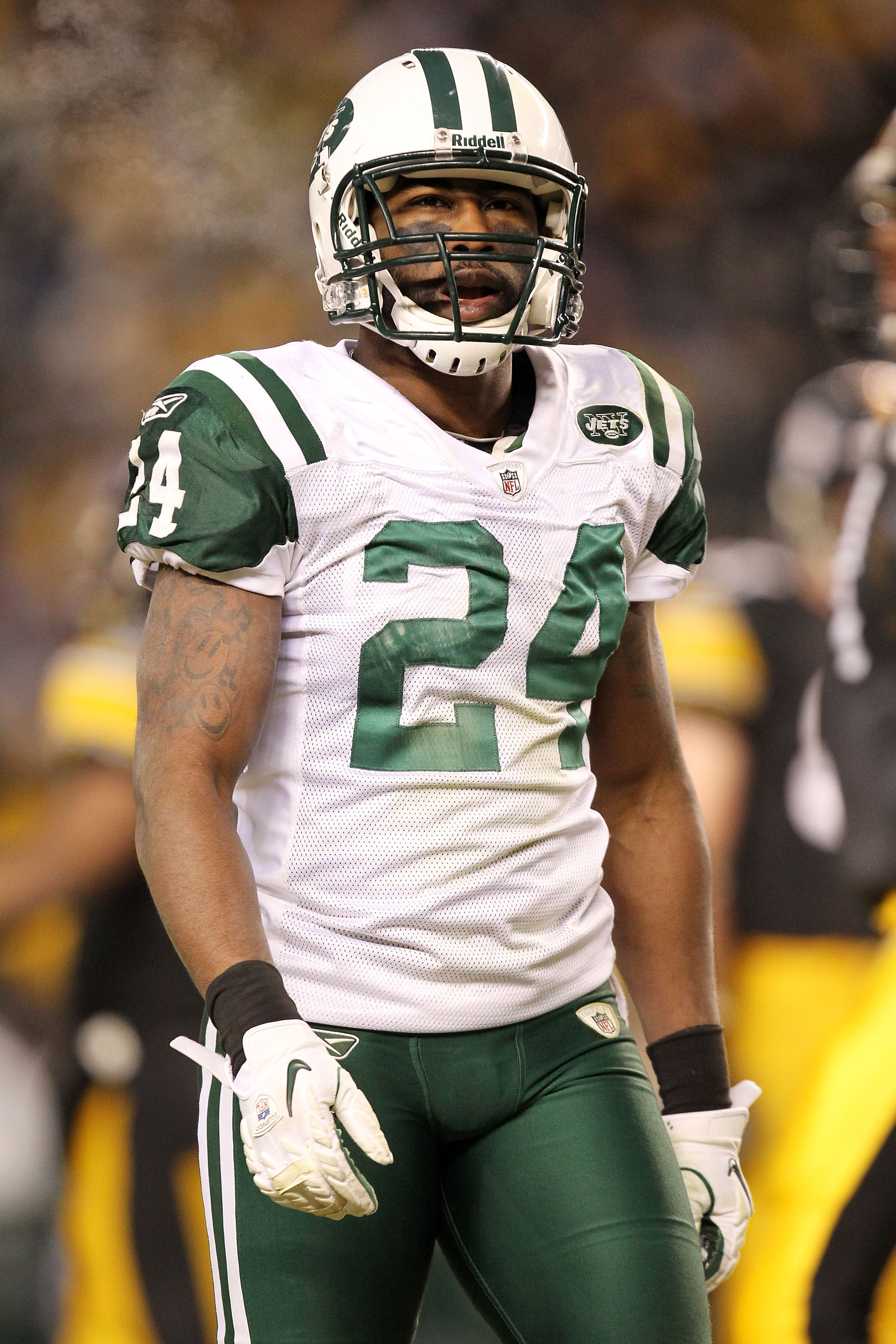 The Jets are a team loaded with egos and swagger, but maybe Asomugha could teach this team to eat some humble pie.

If the Jets were to get Asomugha, Cromartie wouldn't be back. Signing Cromartie and trading him to the Raiders along with some draft picks might work though. 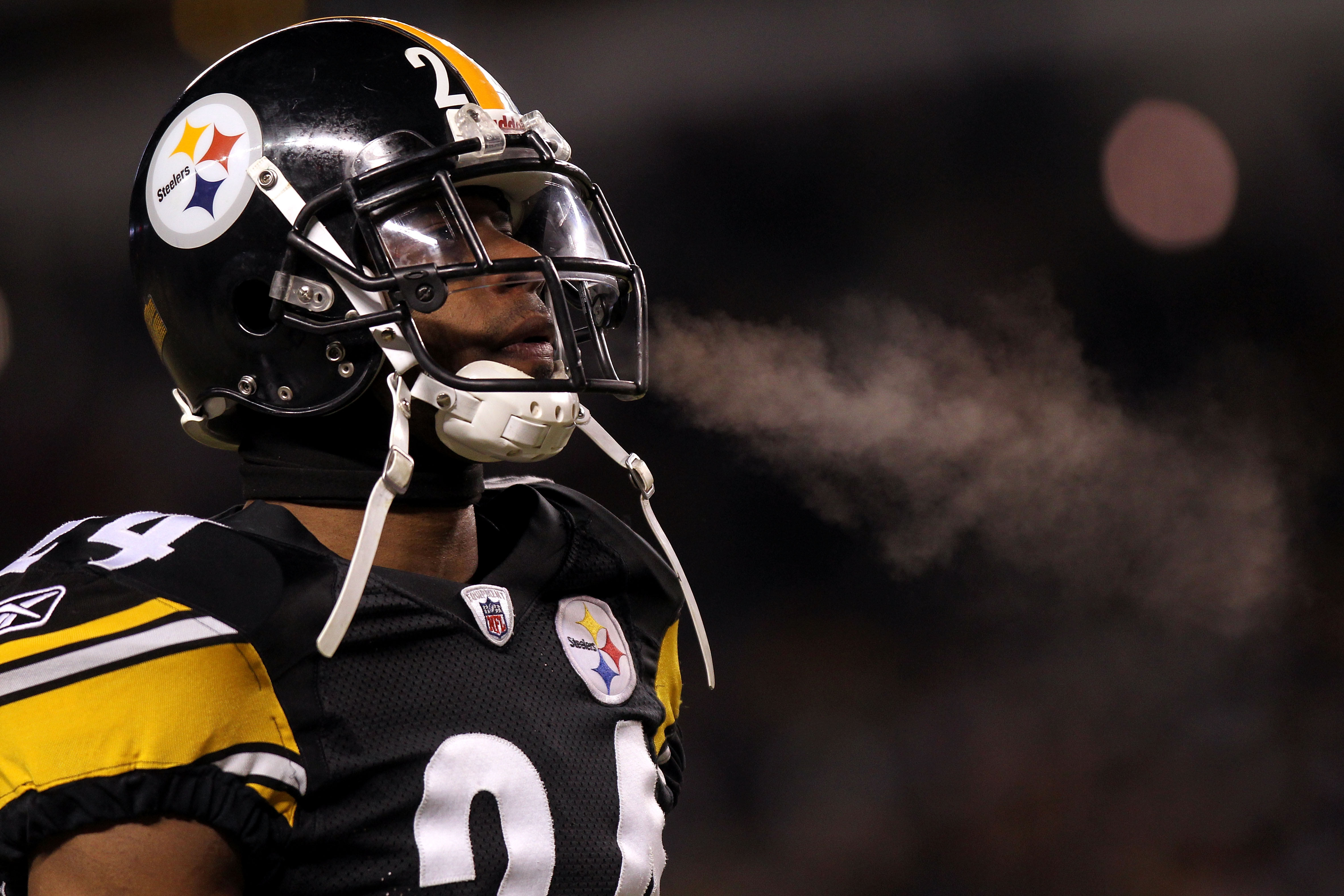 Pittsburgh's cornerbacks are the glaring weaknesses of the team. Ike Taylor and Bryant McFadden are longtime Steelers, but they're aging fast.

Asomugha would solidify Pittsburgh as the best defense in the league with both Troy Polamalu and Nnamdi Asomugha in the secondary.

It's not like the Steelers to make trades, as they keep a very tight-knit group. If they're willing to pass on the opportunity of getting Mike Pouncey in the draft, there's a small chance Asomugha can come to the Steelers in a sign-and-trade. Don't count on it though. 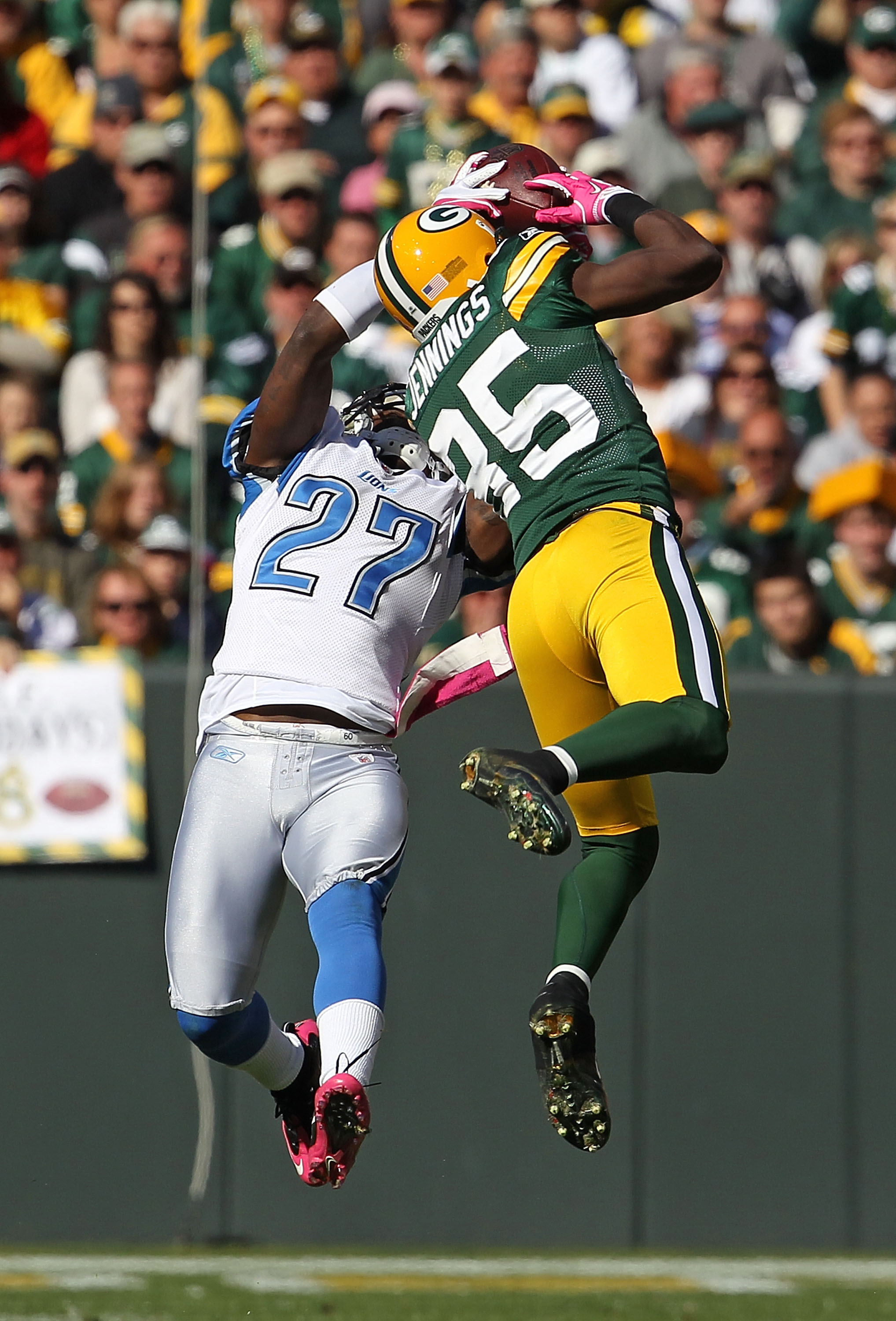 Of course, most people are thinking "why would Asomugha want to play in Detroit?"

This team won't be a playoff team in 2011, but they are a couple key defenders away from seriously competing in the NFC North.

Not very many Detroit fans can forget the Thanksgiving Day performance from Alphonso Smith against New England when he allowed three touchdowns to Patriots receivers. 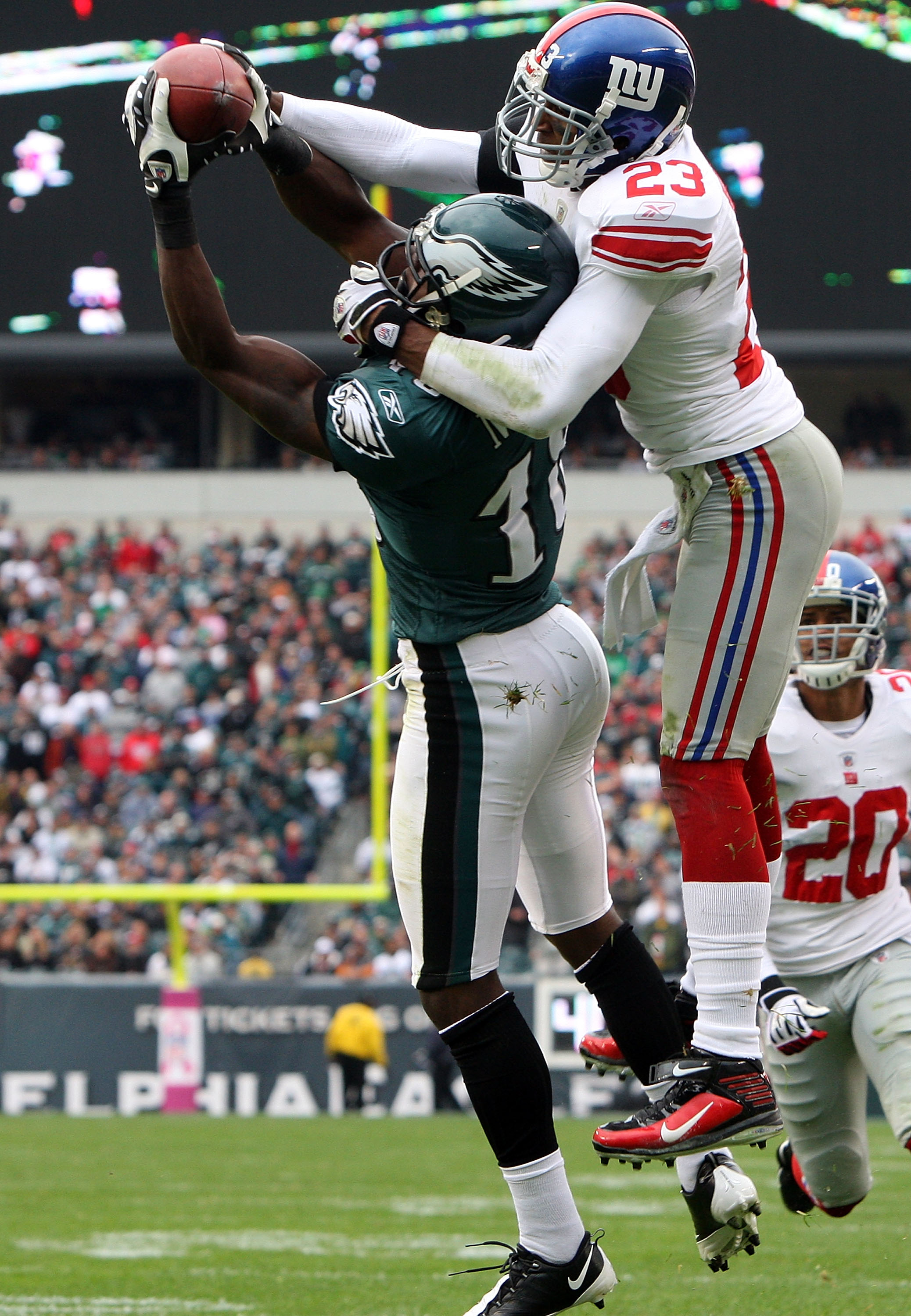 Two key losses against the Eagles and Packers in the closing weeks of the season; the Giants clearly need help on the corners.

As a team, New York finished ninth against the pass, but Corey Webster has been very inconsistent during his six years in the NFL. Webster's four interceptions in 2010 was a career high.

Terrell Thomas made 101 tackles in 2010, and he could use some help on the other side of the field.

The Giants pick 19th in the 2011 Draft, and even though they'll pick up young talent, they can acquire a proven veteran to slow down the rest of the NFC East, too. 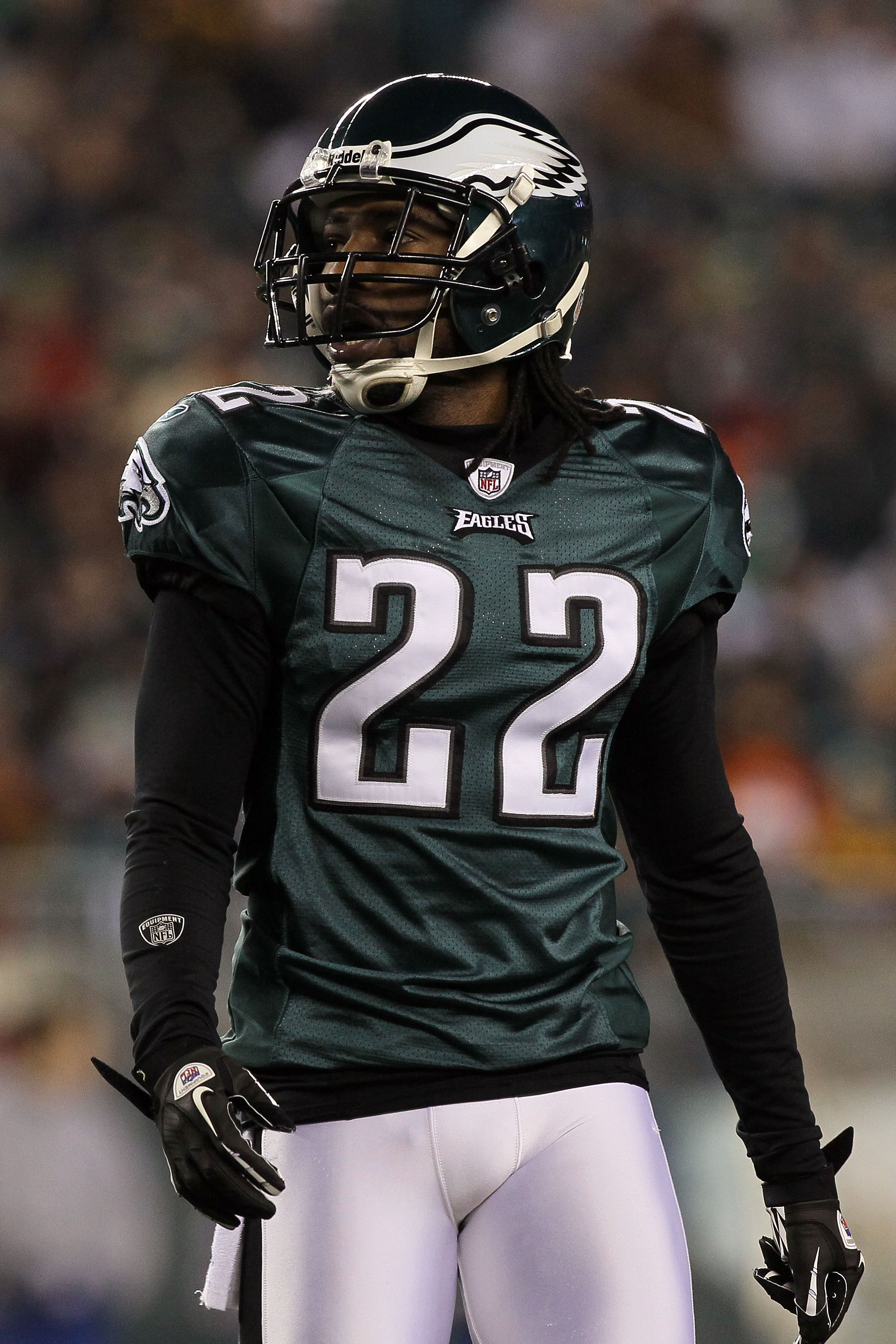 The Eagles already have Asante Samuel, who intercepted the Manning brothers four times last season, but adding Asomugha might make them the best team in the NFC.

The linebacking corps could use some work, but Philadelphia would be able to fend off the tough passing offenses in the NFC East.

Asomugha would probably welcome the idea of playing for such a solid team like the Eagles, with a coach a great coach like Andy Reid. Philadelphia appears to be content with their current roster aside from adding talent through the draft, but don't be surprised if they try to make a move for Asomugha. 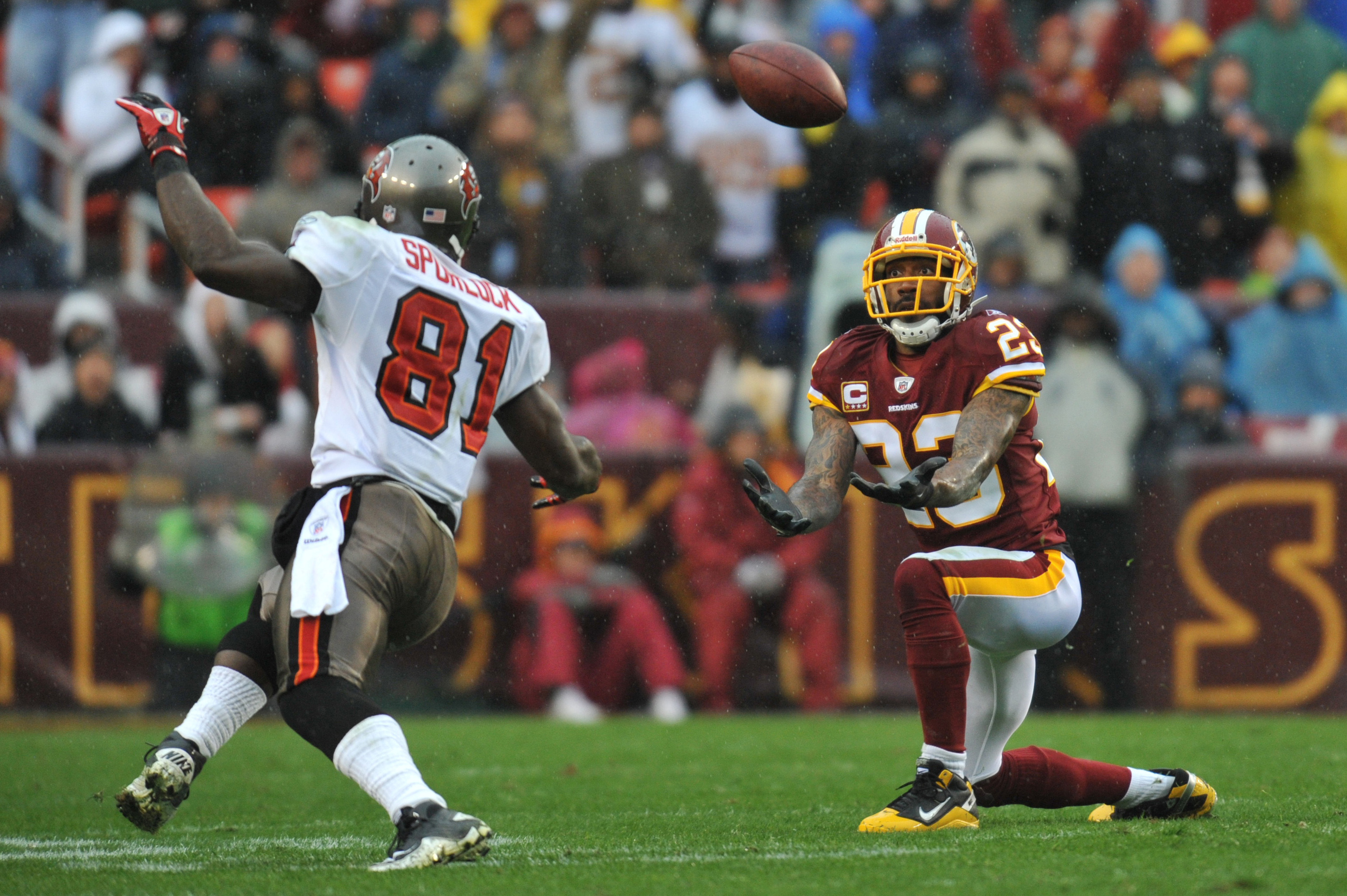 If not for DeAngelo Hall's reemergence in 2010, the Redskins would be higher on this list.

Year after year, the Skins spend the money in the offseason, and have the talent, but they never win.

Asomugha would give Washington the best pair of cornerbacks in the division and a player in the locker room who has half the ego of everyone else. Washington has dealt with too much inner turmoil since last year, and Asomugha's presence would be a breath of fresh air for the team.

The Redskins need help on both sides of the ball, but acquiring him would be a great start. 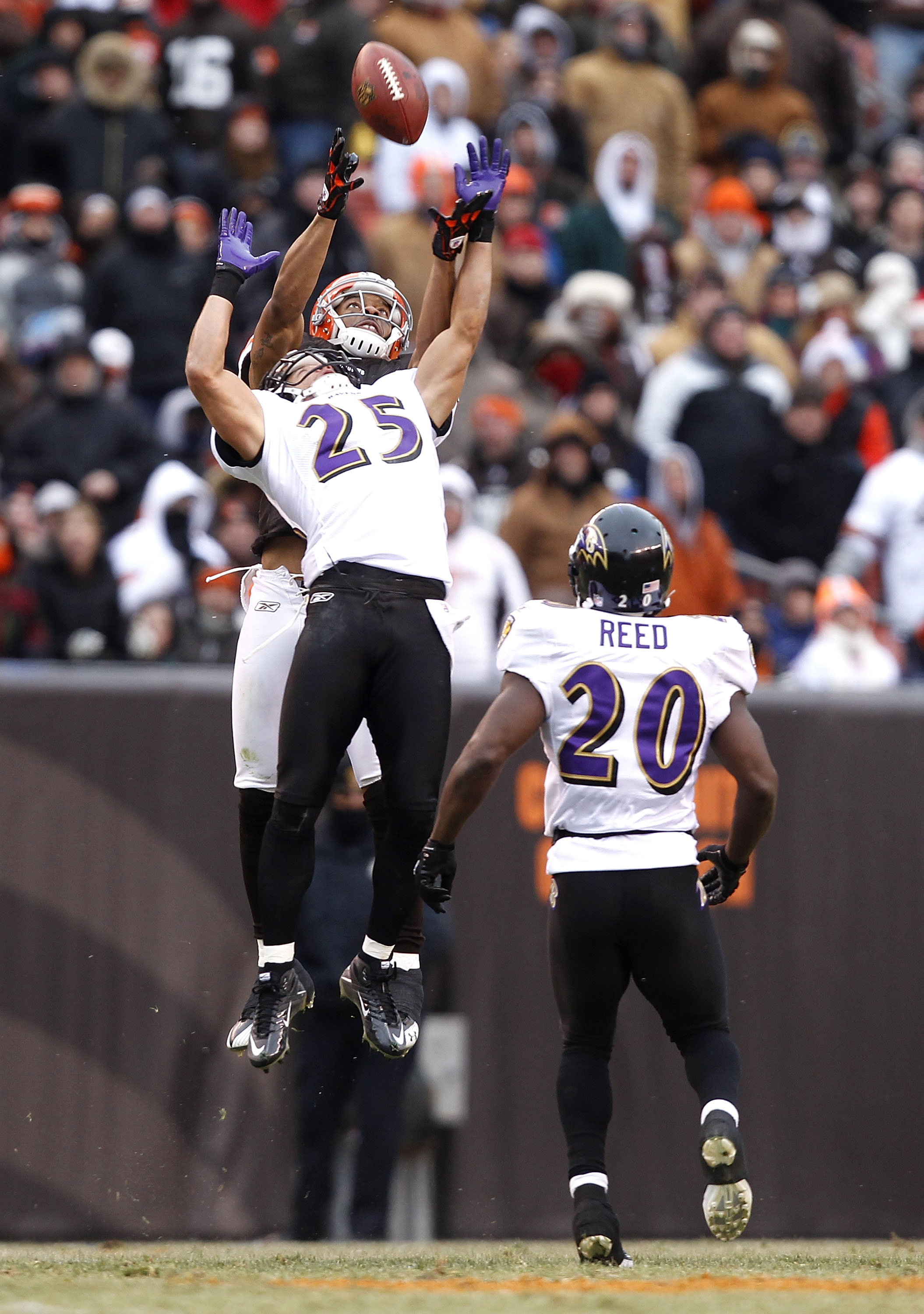 Baltimore was beating Pittsburgh 21-7 at halftime in the AFC Divisional Round and lost the game.

The defensive line and linebackers will continue to be great for the next couple years, but injuries to Ed Reed and an inexperienced secondary are hindering this team's potential.

Asomugha would accompany Ray Lewis and Ed Reed, who are arguably the best players at their respective positions. Coach John Harbaugh should do what he can to make a push for Asomugha. 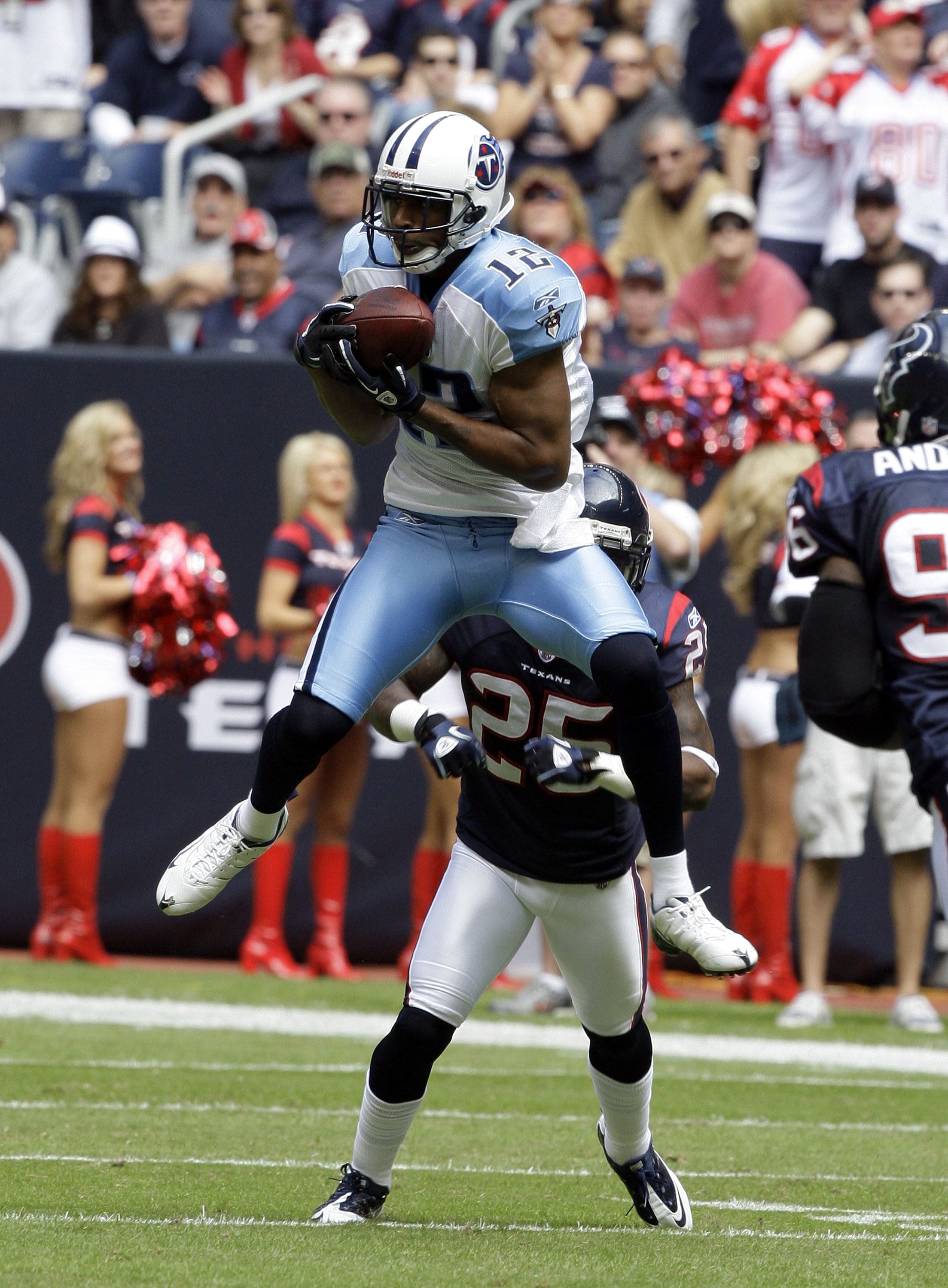 Young cornerbacks Glover Quin and Kareem Jackson were lit up last season, and even though the Texans shut out the Titans once, the defense gave up at least 24 points every other week.

The offense is never the problem, as Arian Foster came out of nowhere to have a monster year in 2010 and Andre Johnson is the best receiver in the NFL.

The Texans' defensive line and linebackers are solid with names like Mario Williams and Brian Cushing, but the secondary continues to disappoint. Almost every year, the Texans seemingly inch closer to being a playoff team, and adding Asomugha might get them there in 2011. 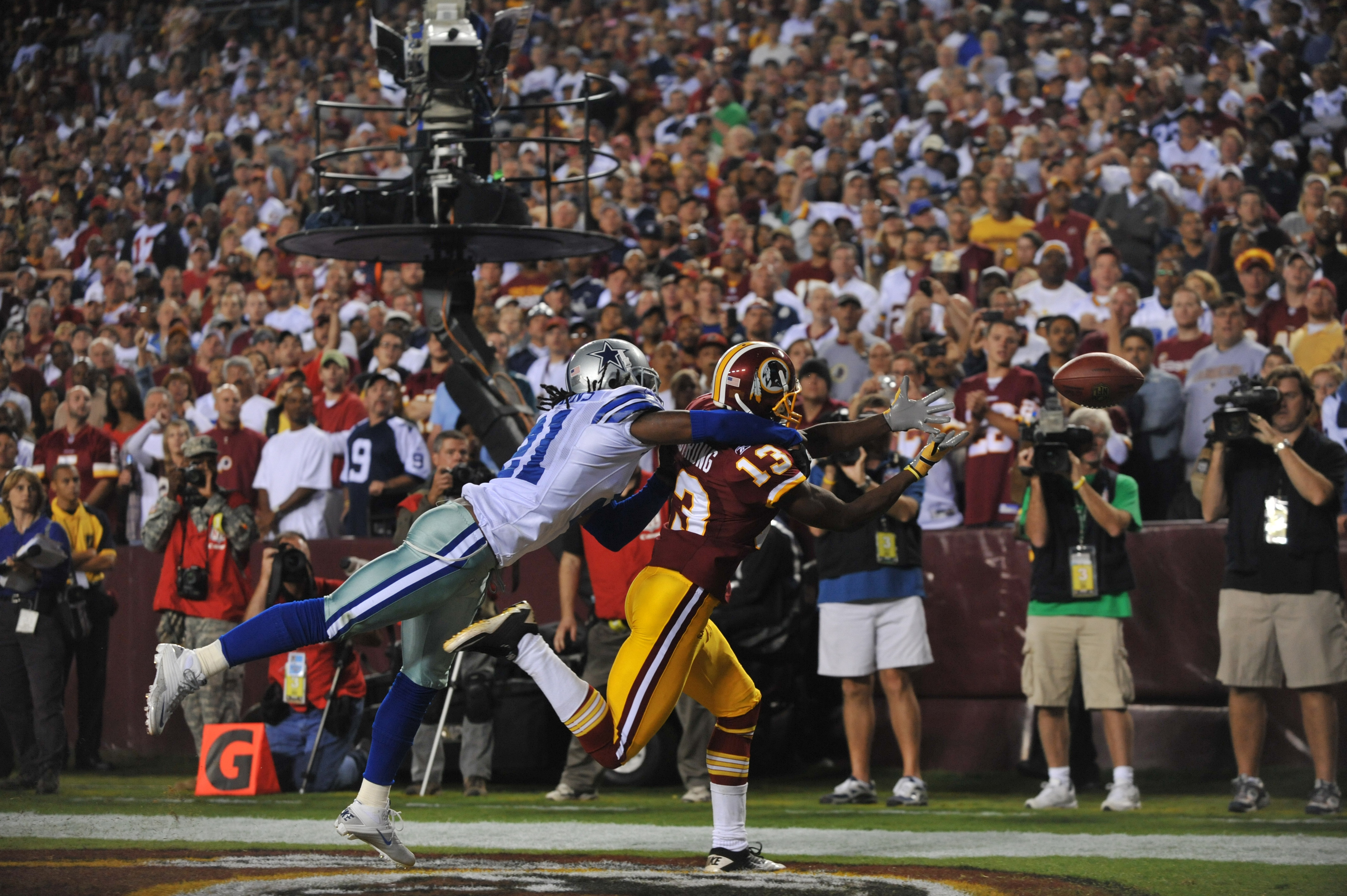 Asomugha doesn't lack discipline or fundamentals like the current Dallas defensive secondary does.

On too many occasions, Mike Jenkins was penalized and cost the Cowboys several wins last season. With new defensive coordinator Rob Ryan in town, he'll look to revamp the defense, but having a guy like Asomugha by his side would make the process much easier.

As mentioned before, Dallas' locker room is always one filled with egos, but with the addition of Asomugha, he'll cherish the opportunity to play for a contender and probably help his teammates focus more on football.

Dallas' defense already has DeMarcus Ware and Jay Ratliff on it, and Asomugha would give the team a legitimate threat in the secondary.

Dallas has the ninth pick in the 2011 NFL Draft, which might be enough to acquire Asomugha if the Raiders will do a sign-and-trade.