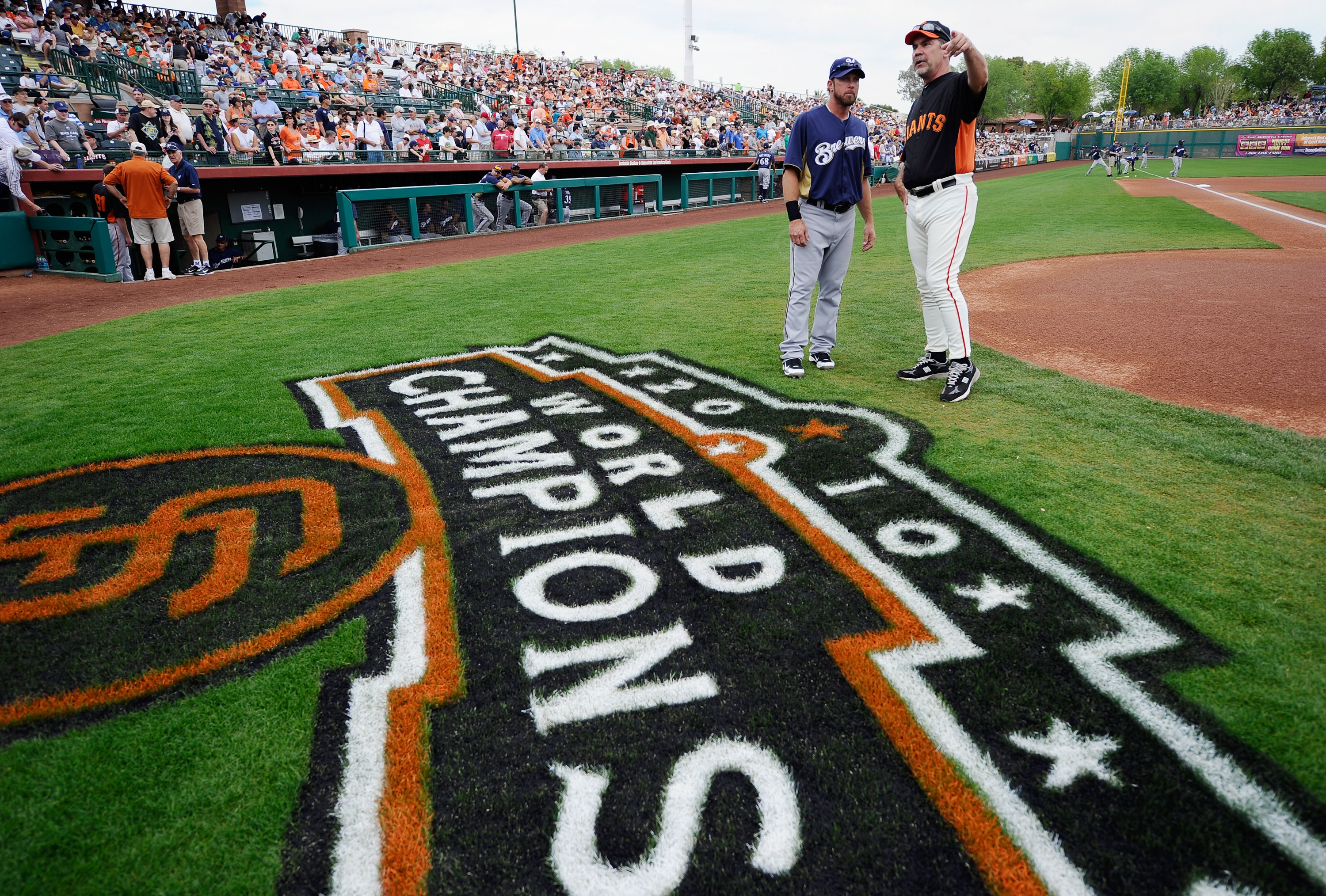 As Opening Day draws nearer, major league rosters are beginning to take  definite shape. Clubs have evaluated the talent within their systems, and have made the easy decisions. Hopeful youngsters have been told that they need at least one more year to mature, and aging vets hoping for one last shot have been sent home. Now is the time for the tough choices: who is the last player to get cut?

For the San Francisco Giants, there is contention for spots both on the bench and in the bullpen. Jeff Suppan, Ryan Vogelsong and Dan Runzler are all making their respective cases for a spot alongside established veterans Brian Wilson, Sergio Romo, Jeremy Affeldt, Javier Lopez, Ramon Ramirez and Santiago Casilla.

Position players Emanuel Burriss and Brandon Belt are on the outside looking in, wondering how they can force their way into an already crowded infield that houses Mike Fontenot and Mark DeRosa off the bench.

Eli Whiteside and Pat Burrell have established roles on the squad, and will without a doubt return for 2011. Aaron Rowand is almost assured a roster spot because of his enormous contract, leaving Nate Schierholtz and Travis Ishikawa fighting for the fifth and final bench spot. Here are three reasons why it does not matter which of the two gets cut. 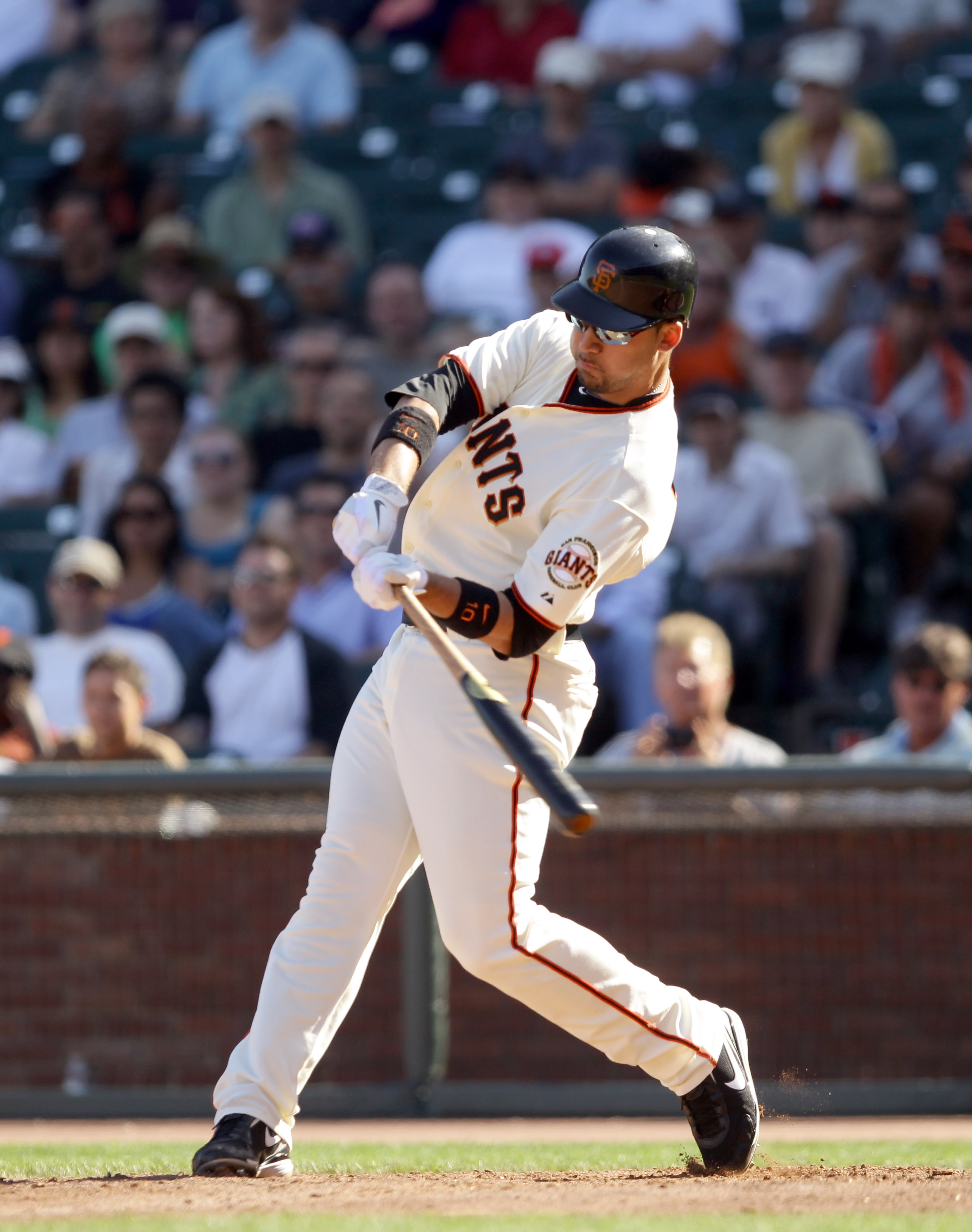 The resemblance is almost eerie. Here are the two players’ career lines:

If you split OPS into its two subcategories—OBP and SLG—the statistics continue to be alarmingly similar:

Keep in mind that .001 points of SLG means one one-thousandth of a total base per at bat. Talk about close! 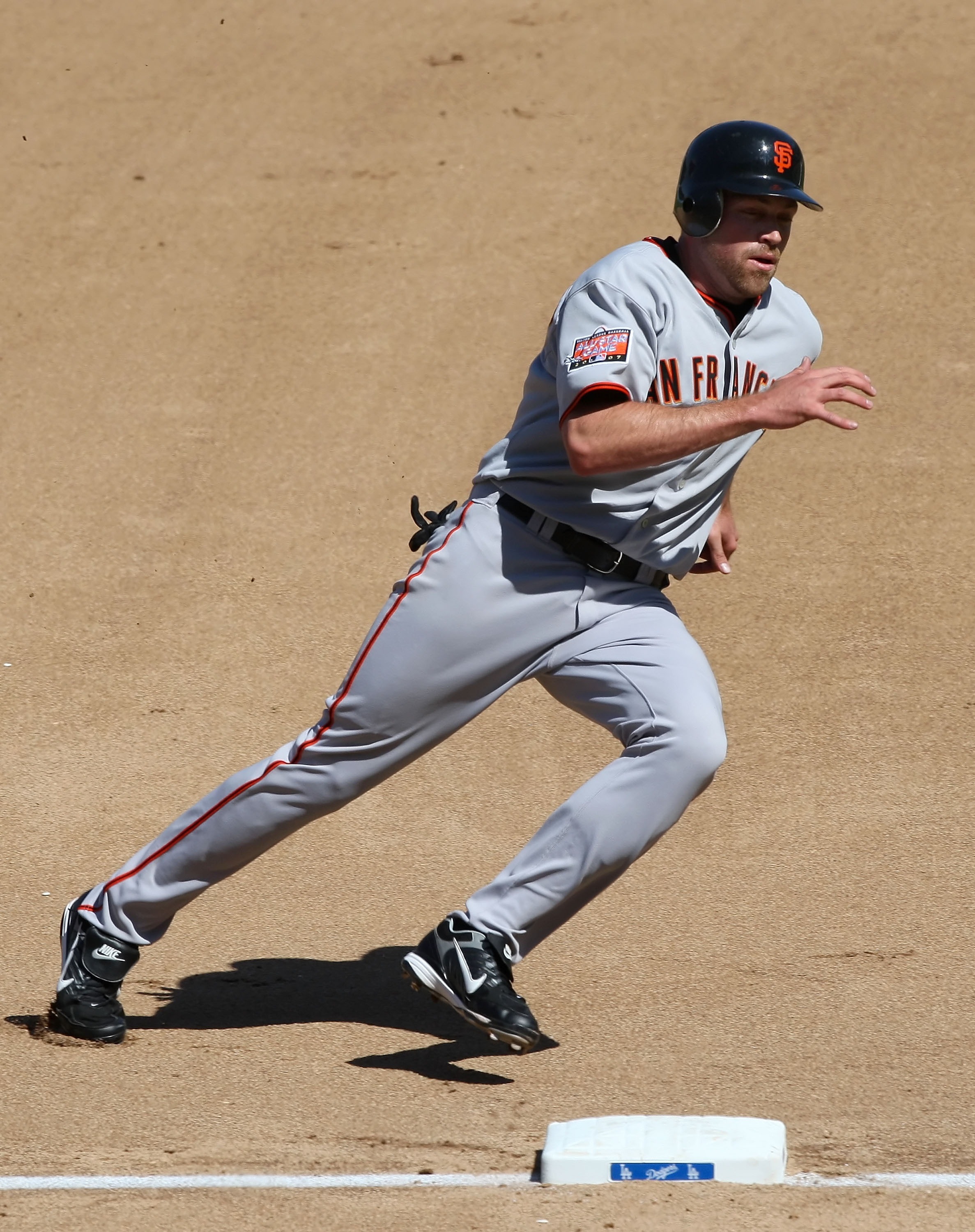 Both players are 27 years old, out of minor league options and can no longer claim to be young stars in the making. They have each had ample time and opportunity to prove that they deserve to be everyday players.

Both are entering a season that may be their final chance to prove they belong at the major league level, and it is possible that by this time next year neither will be in a Giants uniform. 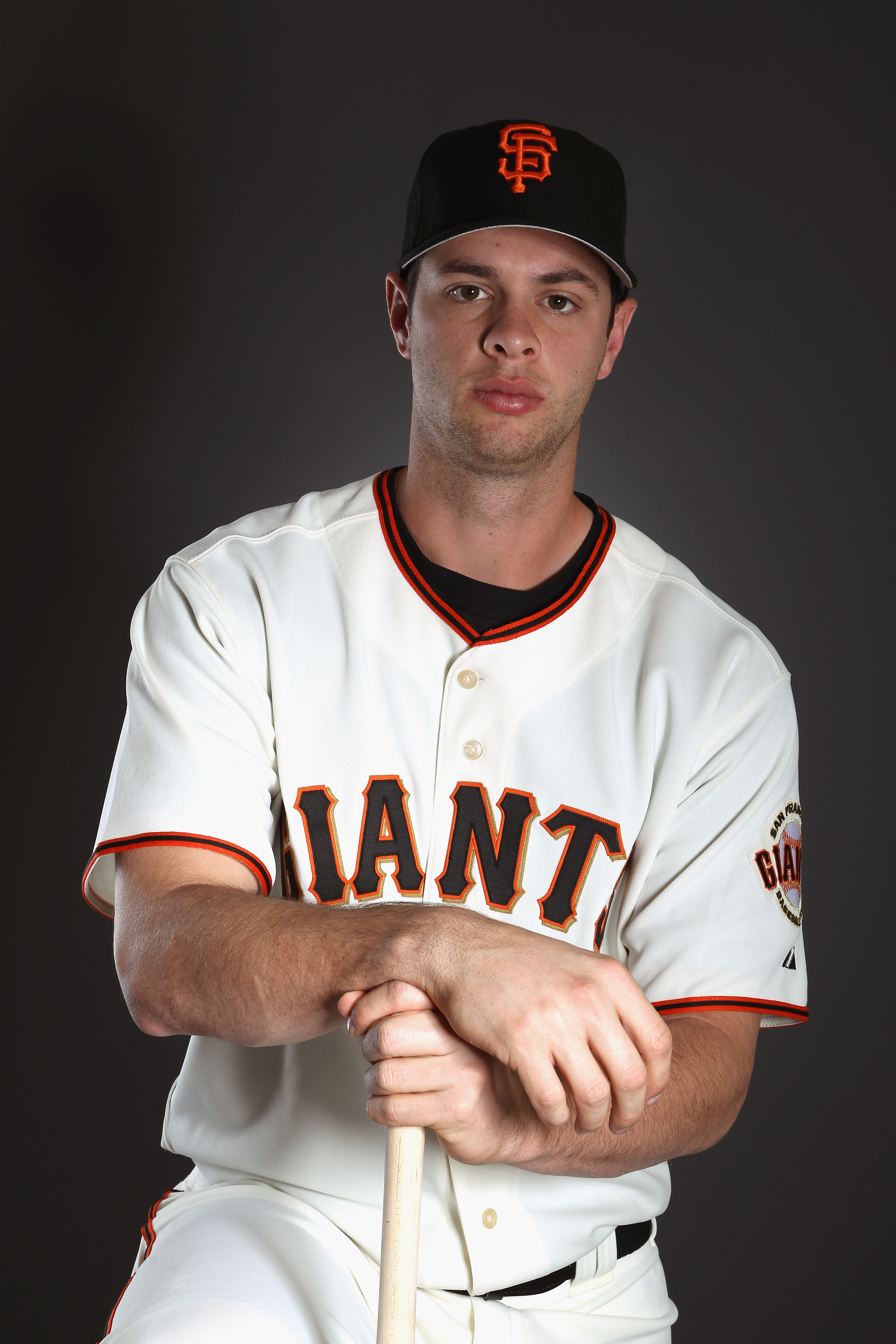 All signs are indicating that by midseason, if he continues to dominate minor league pitching, Brandon Belt will join the big league club. Assuming he does, he’ll most likely start off as a left-handed pinch hitter or a late-inning defensive replacement at first base or in the outfield.

It should, because that’s precisely the role both Ishikawa and Schierholtz occupied last season. If called up, Belt's youth and potential will represent an improvement over either incumbent. Barring any injuries, the player who does eventually make the cut is most likely the one out the door to make room for the new stud. 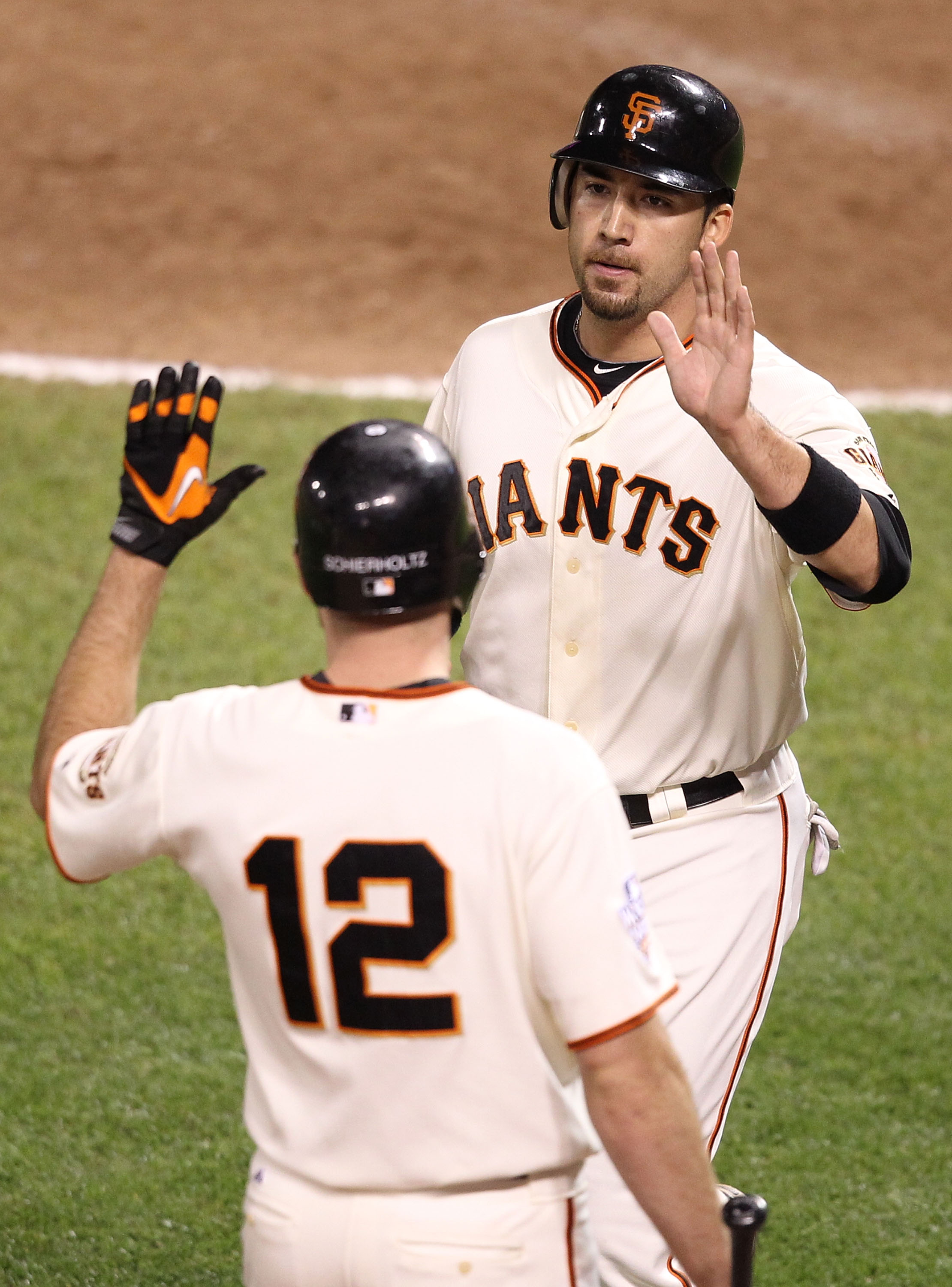 It’s crazy to think that for two such similar players, a hit here or a defensive play there could be the difference between living the dream and being shoved to the side.

The competition may be fun to watch, but in the big picture, the result appears not to matter. That said, as a fan of both these players, I would love to see one (or both!) of them make a case for a spot in the lineup.