L.A. Dodgers: Which Minor League Prospect Will Be Called Upon First in 2011? 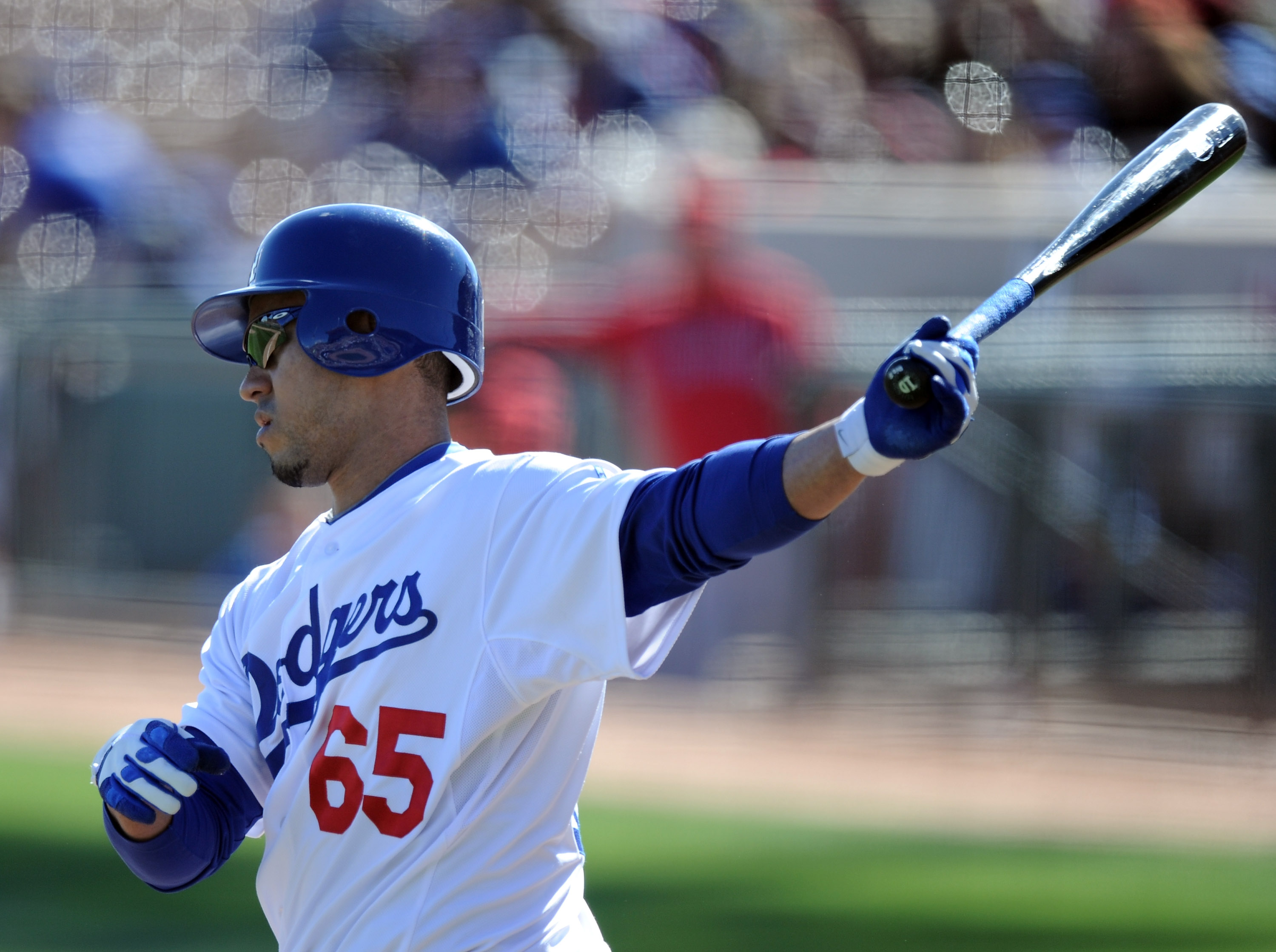 With Opening Day only one week away and the list of injuries seemingly growing, fans across Dodgertown are left wondering if a door may open for one of several minor league prospects within the organization.

The track record of general manager Ned Colletti suggests that he much prefers middle-of-the-road veterans over the youngsters; however, a handful of the farmhands have already shown positive value over the course of Cactus League play this spring.

There are still at least two to three roster spots wide open, and considering that Vicente Padilla, Jon Garland and Casey Blake may not be ready for the opener against the San Francisco Giants on March 31, management may indeed turn to one of the youngsters early.

The following slides show seven current minor league players who may be called upon much earlier than anticipated, offer a brief background on each, as well as offer a short summary on how each performed during their opportunities this spring. 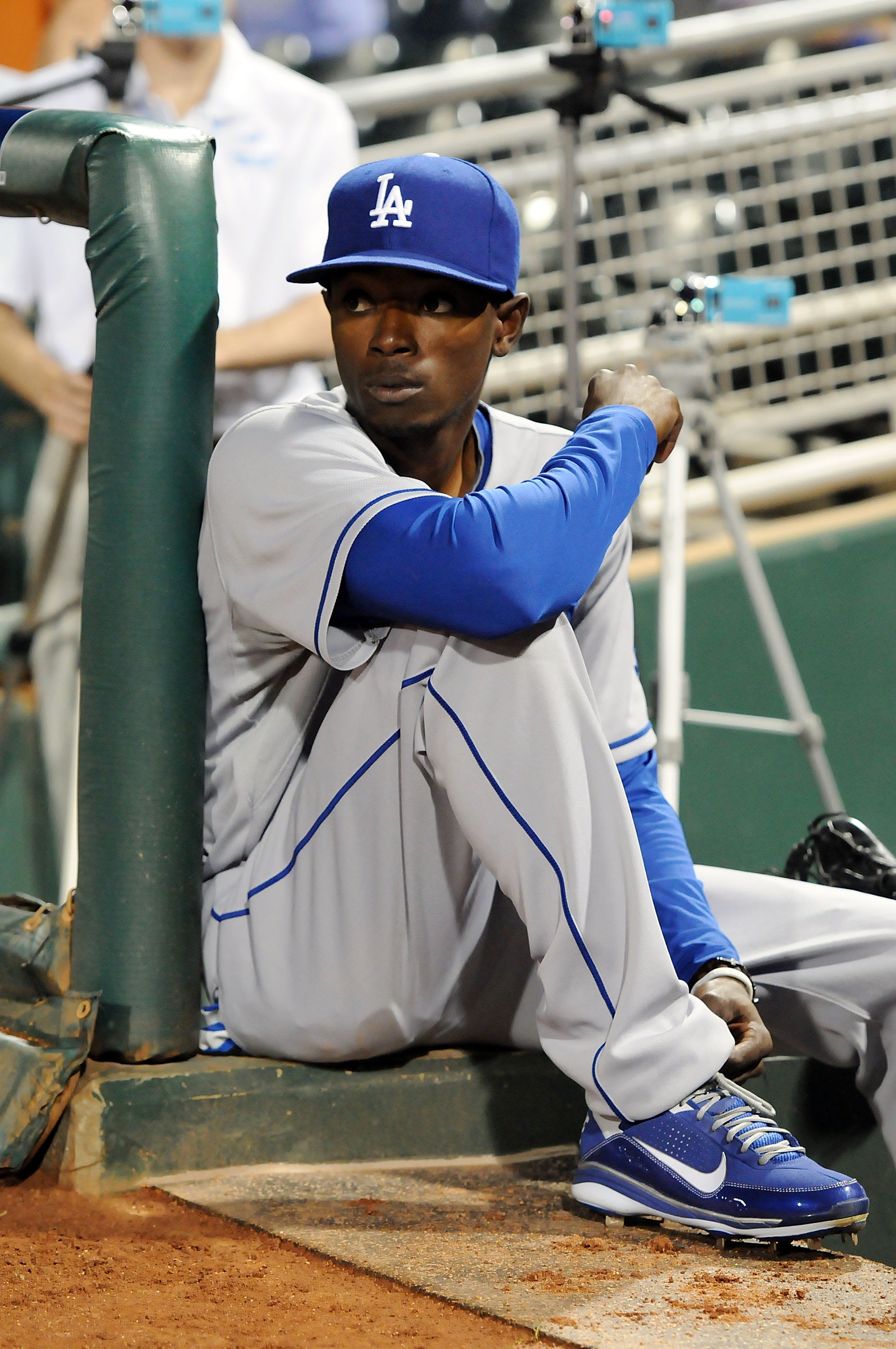 Both Dodgers fans and Dodgers coaches seem to concur that Dee Gordon is about a full year away from being seasoned enough to make his debut, but considering the number of injuries that have already cropped up, and depending on how many reserve infielders Ned Colletti decides to carry on the 25-man roster, an appearance by Gordon may not be out of the question before September.

With Casey Blake already a question mark for Opening Day, and Juan Uribe having missed several Cactus League games last week due to muscle tightness, the Dodgers coaching staff will indeed carry two reserve infielders as many have anticipated.

Also, shortstop Rafael Furcal is extremely prone to injury, and if the entire left side of the infield breaks down, a major roster shuffle can be expected.

Gordon is ranked as the No. 1 prospect in the Dodgers organization by several publications, and is most commonly known for his phenomenal speed both on the basepaths and in the field. In three full seasons on the Dodgers' farm, Gordon carries a .297 career average with 227 total runs scored, 144 stolen bases, and a career .351 OBP.

He still commits a large number of fielding errors, which is the biggest indicator of why he needs more reps on the farm. 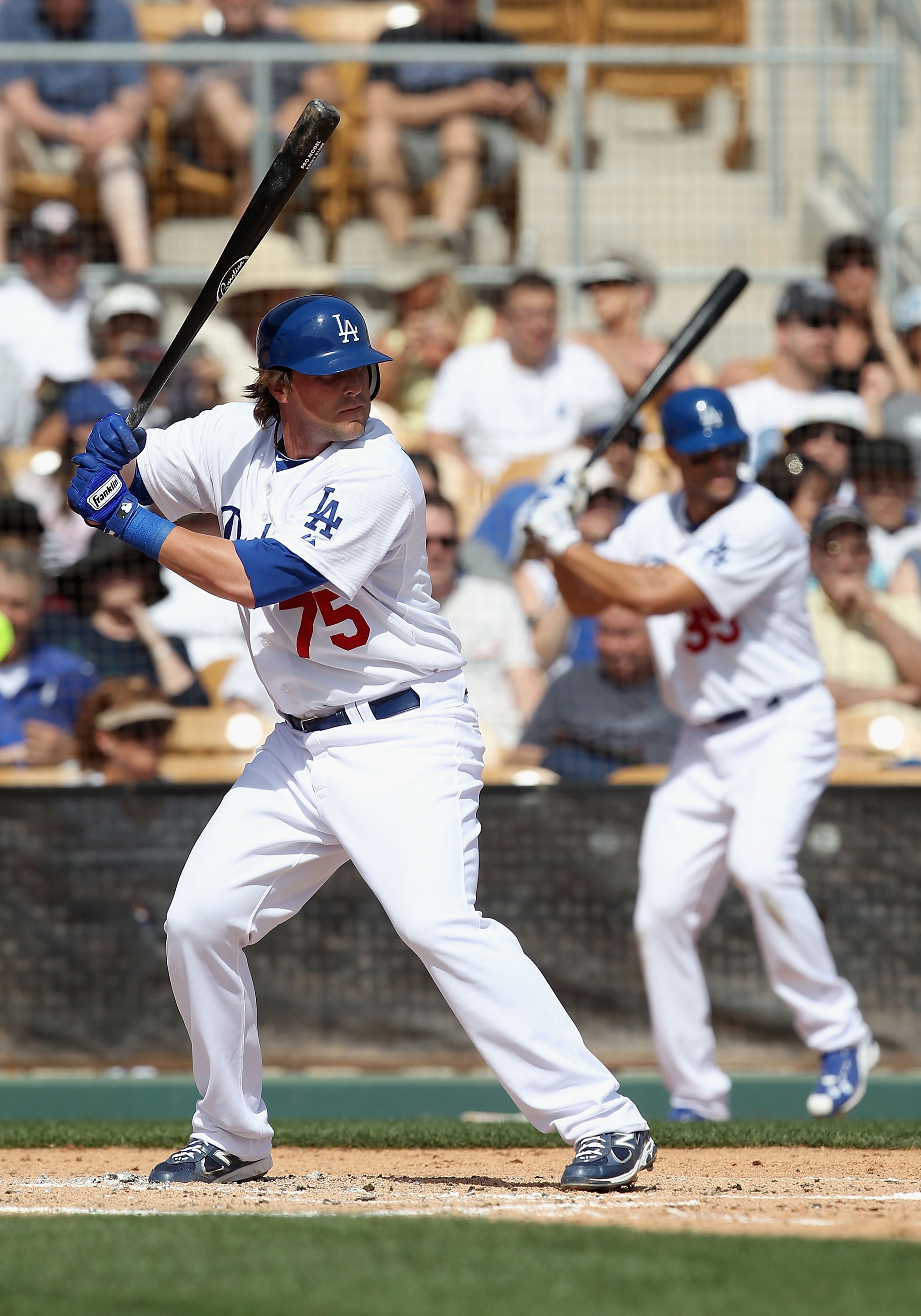 At 26 years of age, Russ Mitchell has already spent eight years in the Dodgers' minor league system. His first appearance on the big league roster only came last year when rosters expanded in September.

Mitchell's chances of being activated before September are slim, but his versatility as an infielder may better his odds as the season progresses. He played second base early in his career, but his natural spots are at both corner infield positions.

Towards the end of last season, Mitchell also played 13 games in both corner outfield spots to further demonstrate his versatility.

After being called upon last September, Mitchell hit .143 in 15 games for the Dodgers. Two of his six hits were home runs. 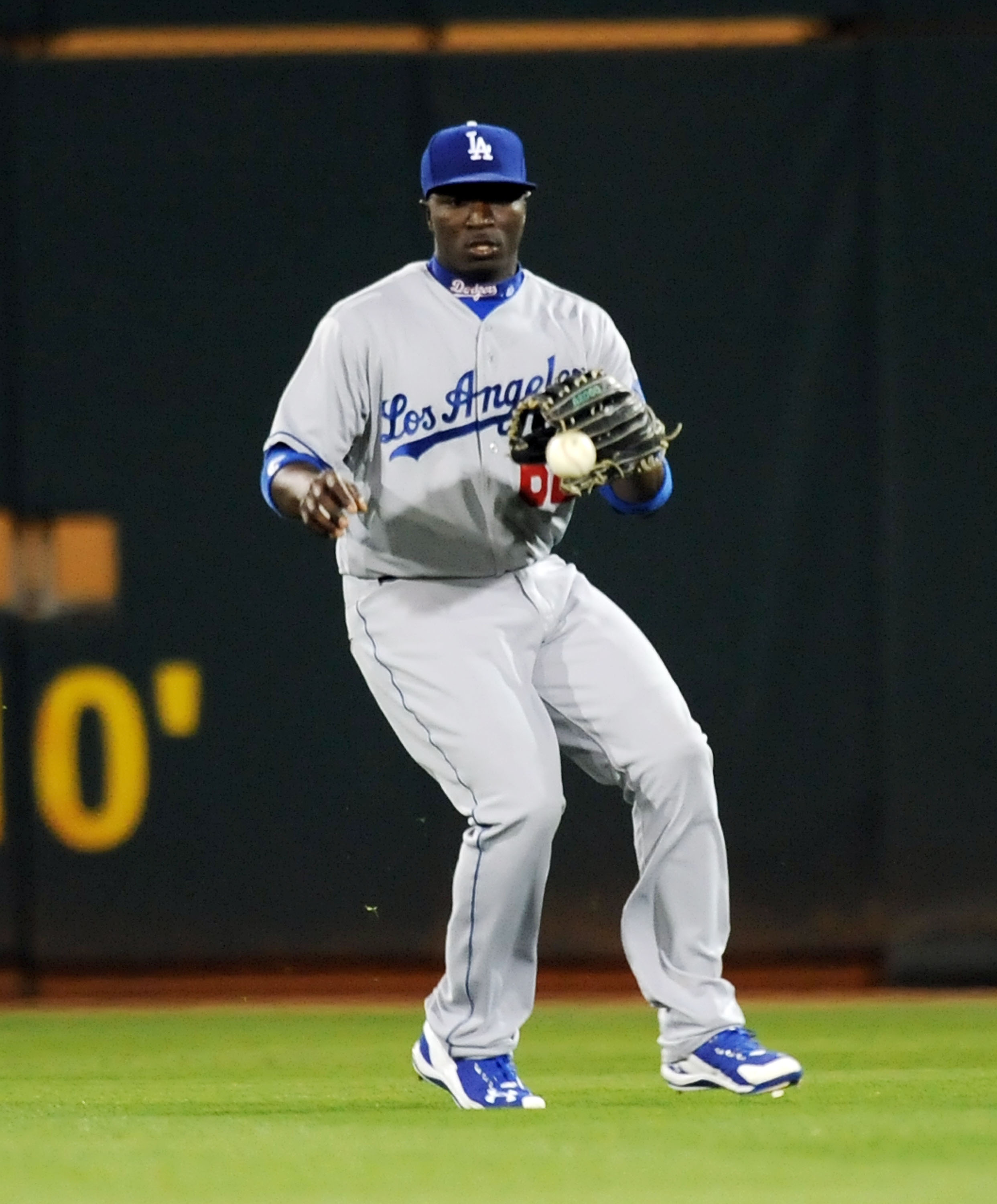 With at least seven outfielders still in the running for an Opening Day roster spot, the farthest thing from the minds of Dodgers coaches and managers is looking to the minors for outfield depth. The problem is, however, outside of Andre Ethier and Matt Kemp, there really isn't one particular player who can continuously contribute on a daily, nine-inning basis.

Robinson could very well be that consistent player the Dodgers need. Being a switch-hitter boosts his value, and he also shows an ample amount of power while possessing above-average speed both in the field an on the bases.

Some consider his arm to be his weakness, but it may be suitable enough for left field. 2011 will mark his seventh season in the Dodgers organization.

In 2009 with Single-A Inland Empire, Robinson appeared in 117 games while registering a .306 average with 28 doubles, nine triples, 15 home runs, 54 RBI and 43 stolen bases. Last year with Double-A Chattanooga in the pitcher-friendly Southern League, he hit .300 with 23 doubles, five triples, nine homers, 57 RBI and 38 stolen bases after appearing in 120 games. 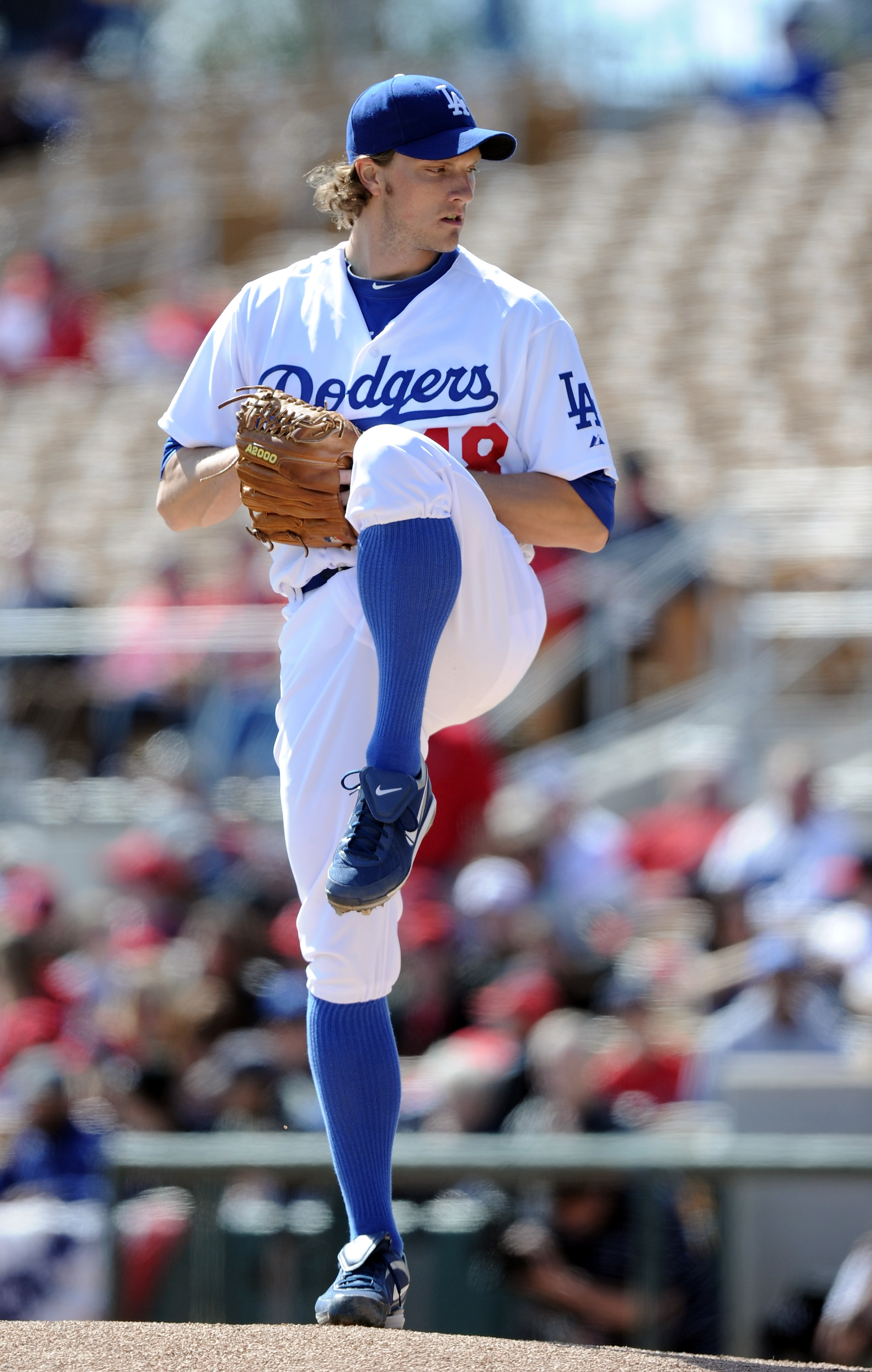 At 24 years of age and with a half-season of MLB service, John Ely may be considered being past the prospect stage, but prior to the beginning of spring training, he was still the No. 1-ranked starting pitcher on the farm.

With both Jon Garland and Vicente Padilla expected to miss Opening Day due to injury, there may be a reasonable chance that Los Angeles is in position to survive with four starters until at least Garland is ready. However, if a fifth starter is needed sometime in mid-April or after, Ely could be the first to be called upon.

After a total of three call-ups in 2010, Ely posted a 4-10 record with a 5.49 ERA for the Dodgers' big league squad. His best outing came on June 1 against the Arizona Diamondbacks, when he pitched seven strong innings while allowing only two hits, two walks and no runs.

He was relatively solid through 10 starts until his mechanics seemingly began to falter in late June.

During 2011 Cactus League play, Ely is carrying a 2-1 record with a 3.60 ERA after appearing in five games. 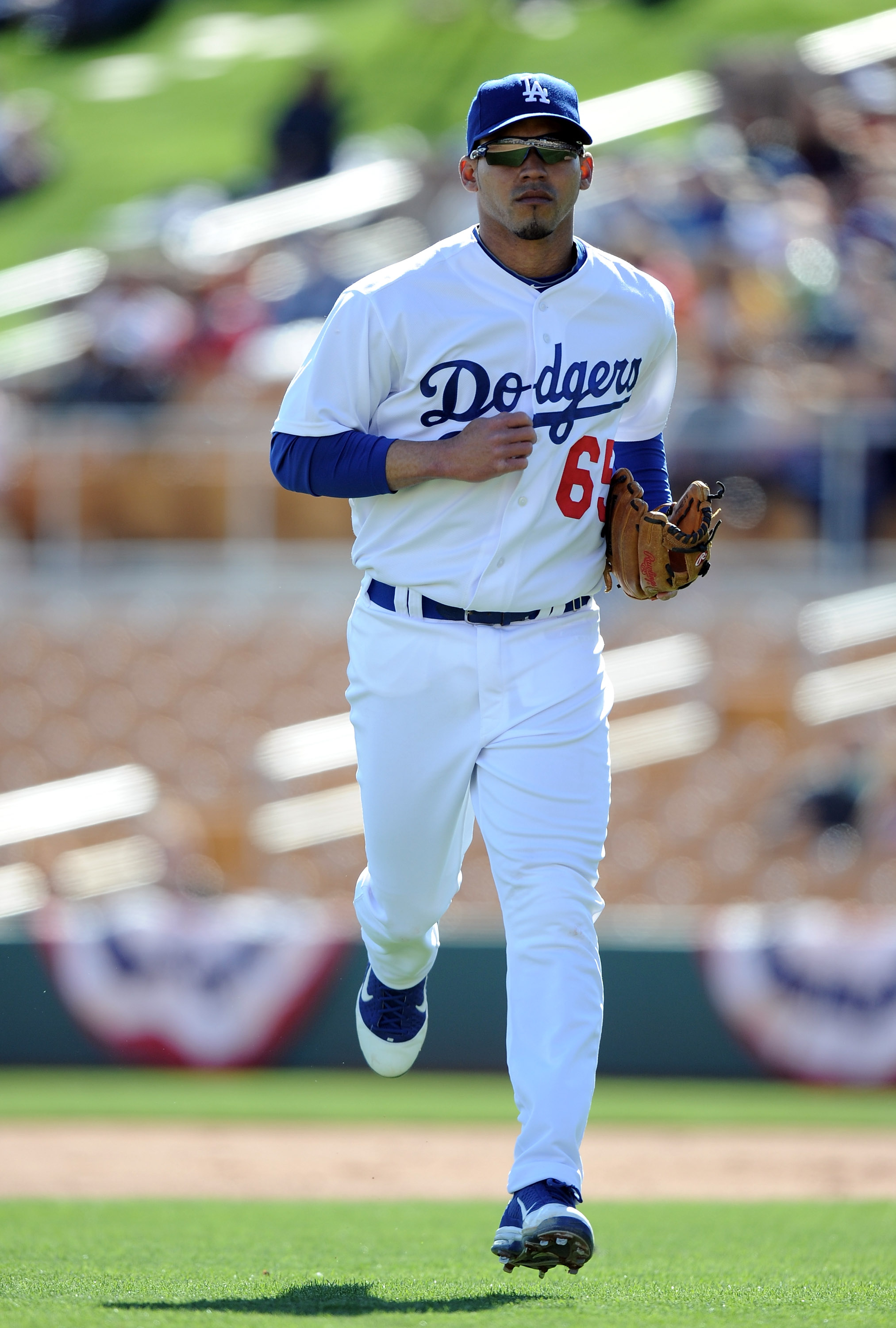 Injuries aside, Ivan De Jesus may be the logical choice to appear on the Dodger's Opening Day roster as the team's second reserve infielder.

At only 23 years of age, he certainly has more of an upside and a higher ceiling than either Aaron Miles or Juan Castro, and considering that he still has options on his contract, he could be the ideal candidate to assume Casey Blake's spot if Blake opens the year on the disabled list.

Of all the Dodgers' infield prospects, De Jesus has proved to be the most seasoned in terms of glove work. 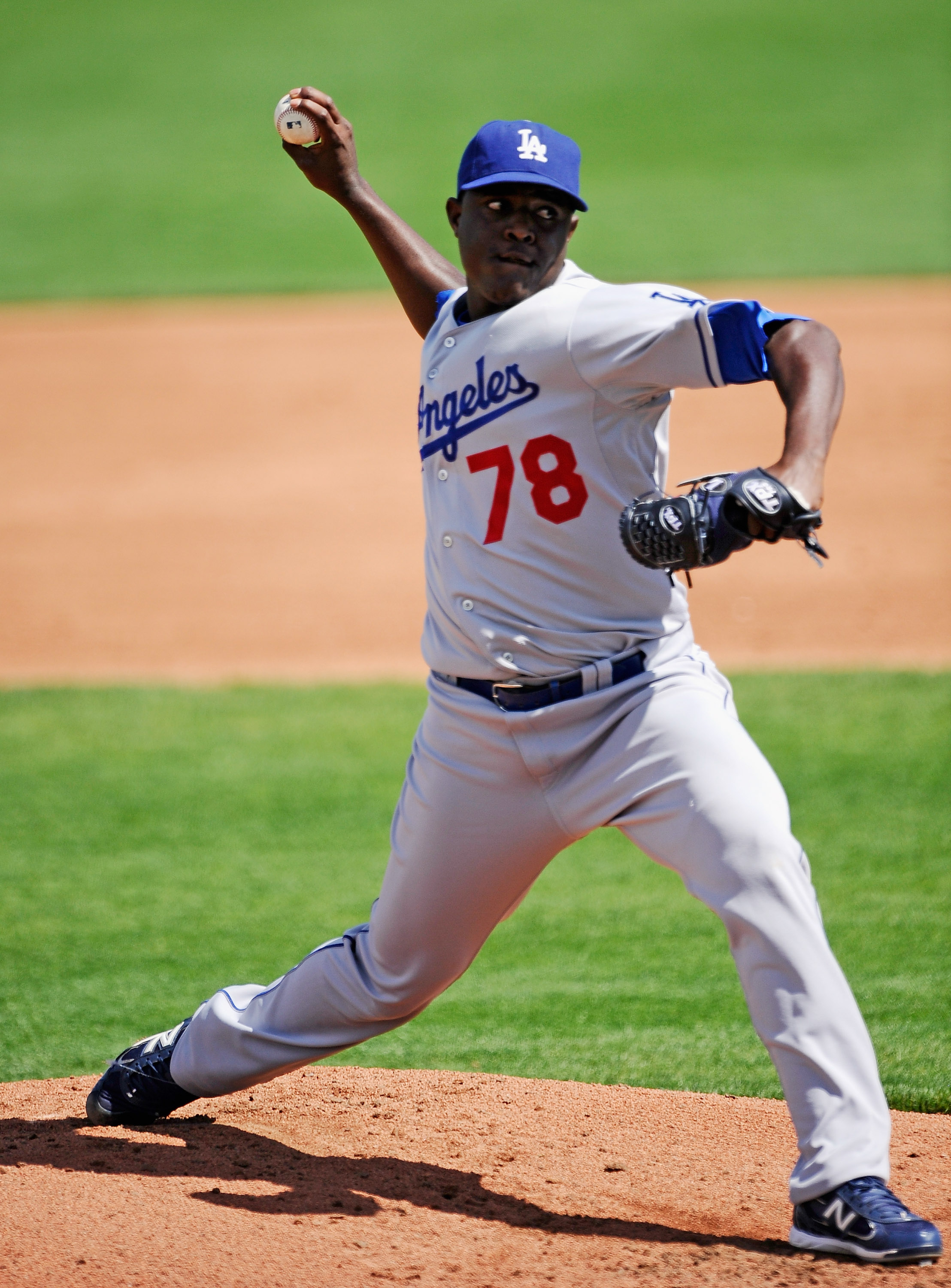 Like John Ely, Rubby De La Rosa is amidst the final cuts among all the pitchers, and because he has plenty of options remaining, could be a logical choice for a roster spot if either Padilla or Garland happen to require extended time off with their injuries.

De La Rosa was originally signed as a free agent by the Dodgers out of Santo Domingo in 2007, and after two seasons throwing in the Dominican League and a brief stop in the Midwest League, has already made the jump to Double-A ball.

He's comfortable both as a starter and as a reliever, and he's only one of a few pitchers in the entire franchise that can exceed 98 MPH with his fastball. 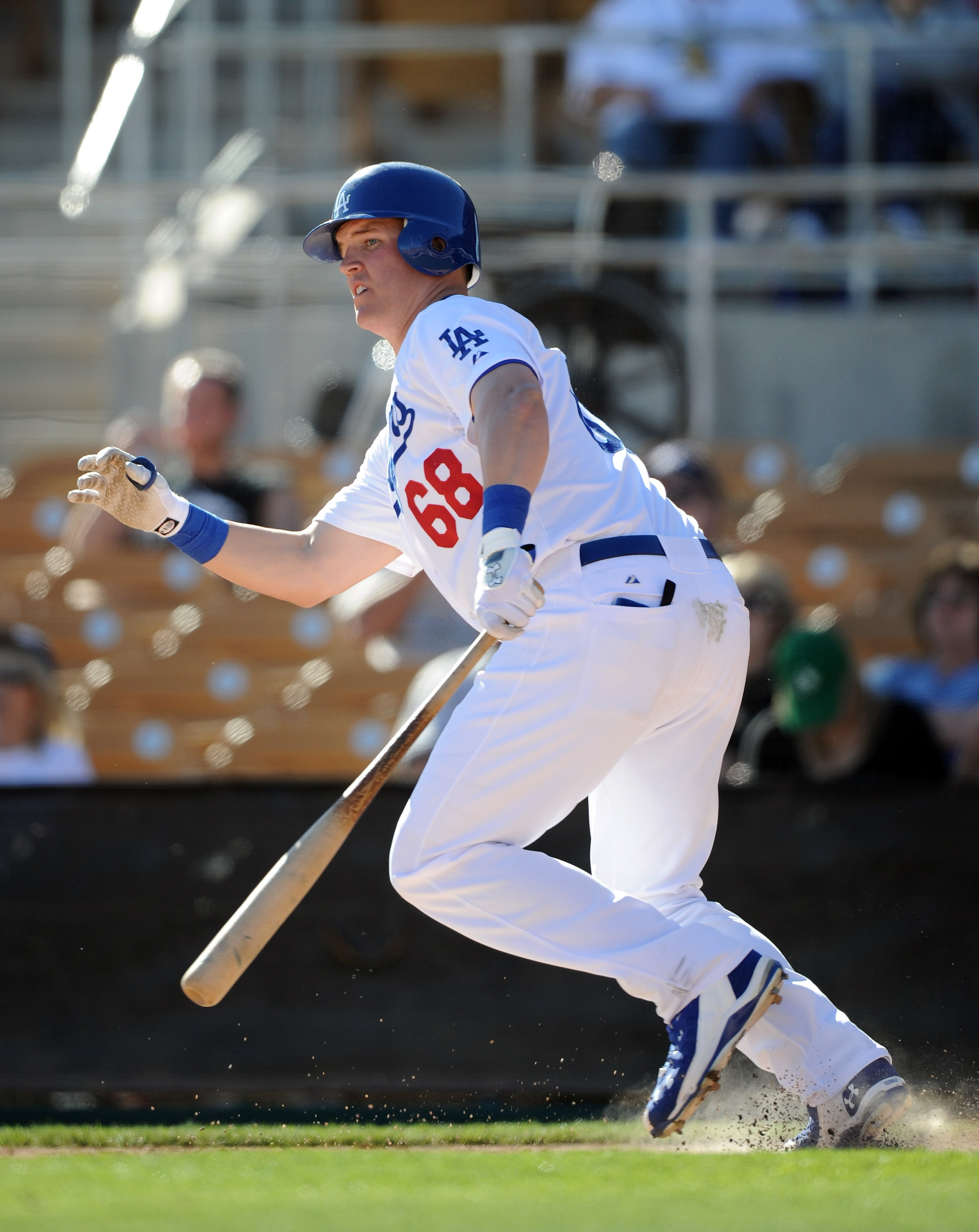 There's no question that Jerry Sands will be a starter for the Dodgers in the near future—it's just a matter of when.

During 2011 Cactus League play, there were numerous moments when he put on a show with his monstrous swing. In 17 games and 23 at-bats, Sands posted a .348 average, a .444 OBP and a .739 slugging percentage, while adding two doubles, a triple and two long home runs.

Many think Sands' future is as an outfielder, but depending on the state of the roster over the next few years, he may have the opportunity to showcase his skills as a first baseman.