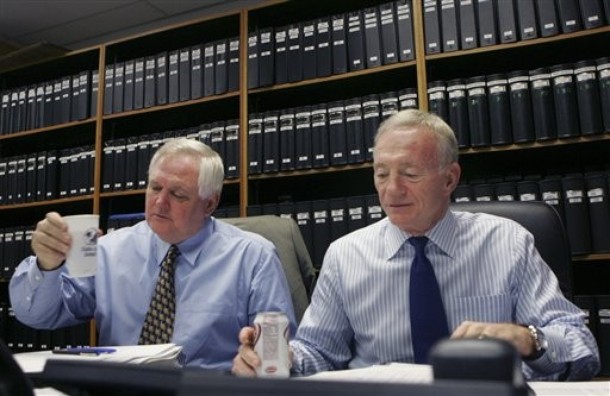 In recent years the Cowboys have built their team mostly through the draft, but you can't have bright lights without some dark nights, and the Cowboys have certainly had some in the form of their picks.

The Cowboys have certainly had there errors when it come to the annual spring showcase. Here is a look at some of the worst draft pick the Cowboys have had since 2000. 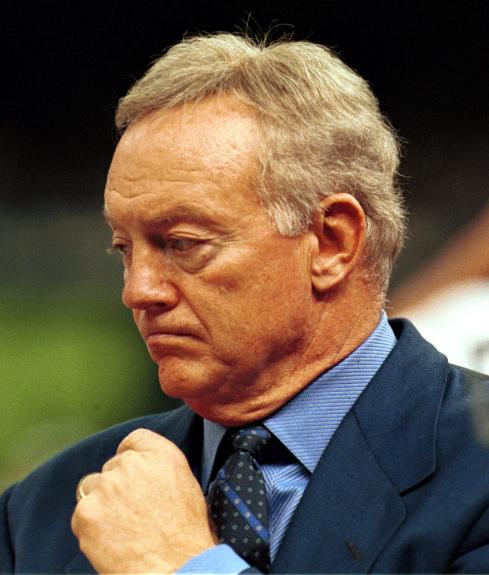 This draft was so insignificant to the Cowboys, I couldn't even find a decent picture for this page and just decided on this one of Jerry Jones. His face is as ugly as this draft.

It wasn't bad enough that the Cowboys didn't have a first round pick, sending it to the Seattle Seahawks for Joey Galloway (the Seahawks drafted Shaun Alexander) Jones followed it up by drafting a cast of characters that were laughed out of the NFL as fast as they got in.

Dwayne Goodrich, Karrem Larrimore, Michael Wiley, Mario Edwards and Orantes Grant could all have their individual pages on this article, but it's not their fault, as much as it is Jones for hiring a yes man in Dave Campo and then making all the decisions himself. 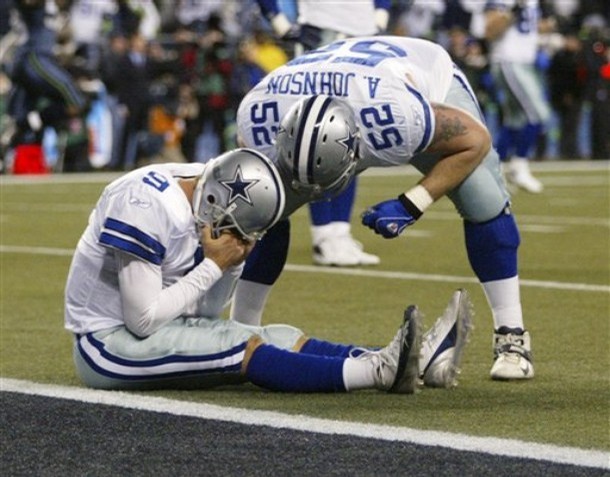 In an otherwise great draft (Terence Newman, Jason Witten and Bradie James were all selected by the Cowboys in this draft) Al Johnson is the forgotten second round pick.

Johnson was with the Cowboys for three years and played well at center. beating out Tyson Walter and started 45 games over this stretch. However, his problem was that he was just good, not solid or spectacular.

In 2005, Johnson split time with Andre Gurode and in 2006 was replaced by Gurode full time, and although Johnson played in 16 games that season, he started none of them.

In 2007, he signed a four-year $17 million deal with the Arizona Cardinals, but knee injuries kept him from playing out the contract and Johnson was given an injury settlement and released in 2008. 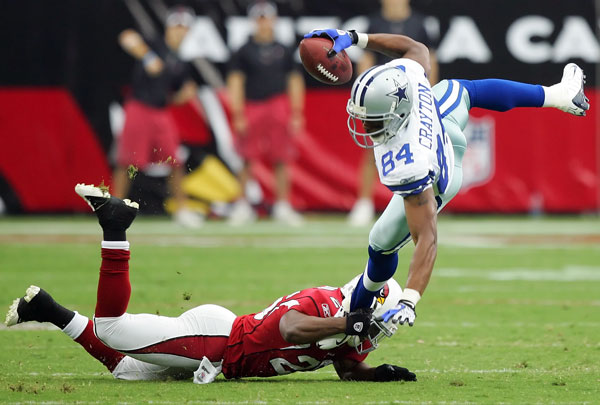 Crayton was drafted in the seventh round of the 2004 draft and played a number of years for the Cowboys, so some might question why he's up here, but it was Crayton's inability to separate himself in a positive way that did him in.

Crayton is most known for dropping a huge third quarter pass and pulling up on another play during the 2007 Divisional Round playoff against the Giants. Most fans weren't able to get past that game, and in some ways neither was Crayton, as his next two seasons in Dallas never reached the career highs he had in 2007.

When the Cowboys drafted Dez Bryant, Crayton's days in Dallas were numbered and he knew it, requesting a trade immediately. Eventually, he was traded to the San Diego Chargers. 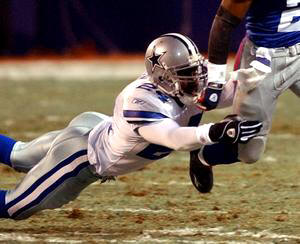 Tony Dixon was a second round pick in the 2001 draft and never lived up to expectations. He seemed like one of those guys who played football because he was good at it, not because he loved the sport and it was something he always wanted to do.

It also didn't help that the Cowboys drafted Roy Williams out of Oklahoma the next season. With all the hype that came with Williams arrival, and the hits that backed it up, Dixon disappeared from the Cowboys and eventually the NFL entirely. 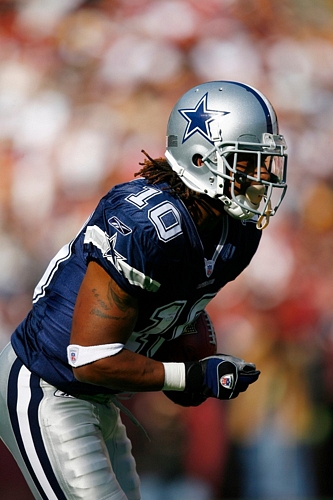 Skyler Green was supposed to be a jack of all trades; receiving, kick and punt returning, and even some running on end-arounds and reverses. However, none of that actually translated to the field, as Green spent most of his rookie season on the practice squad or on the inactive list.

He eventually made his way to Cincinnati and New Orleans, but didn't make much of an impact, with just three catches for 33 yards for his career. 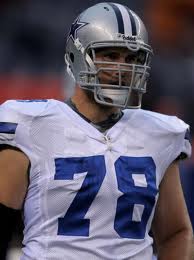 Marten was the Cowboys third round pick in 2007, and that was in effect the highlight of his career in Dallas, as he never played a single game for the Cowboys. It didn't get much better as he  was overshadowed by Doug Free, who was selected in the same draft.

Since being from Dallas, Maretn played in just one game in two years split between the Oakland Raiders and Chicago Bears. He's currently on the Dolphins roster, but has yet to play a game for them, either. 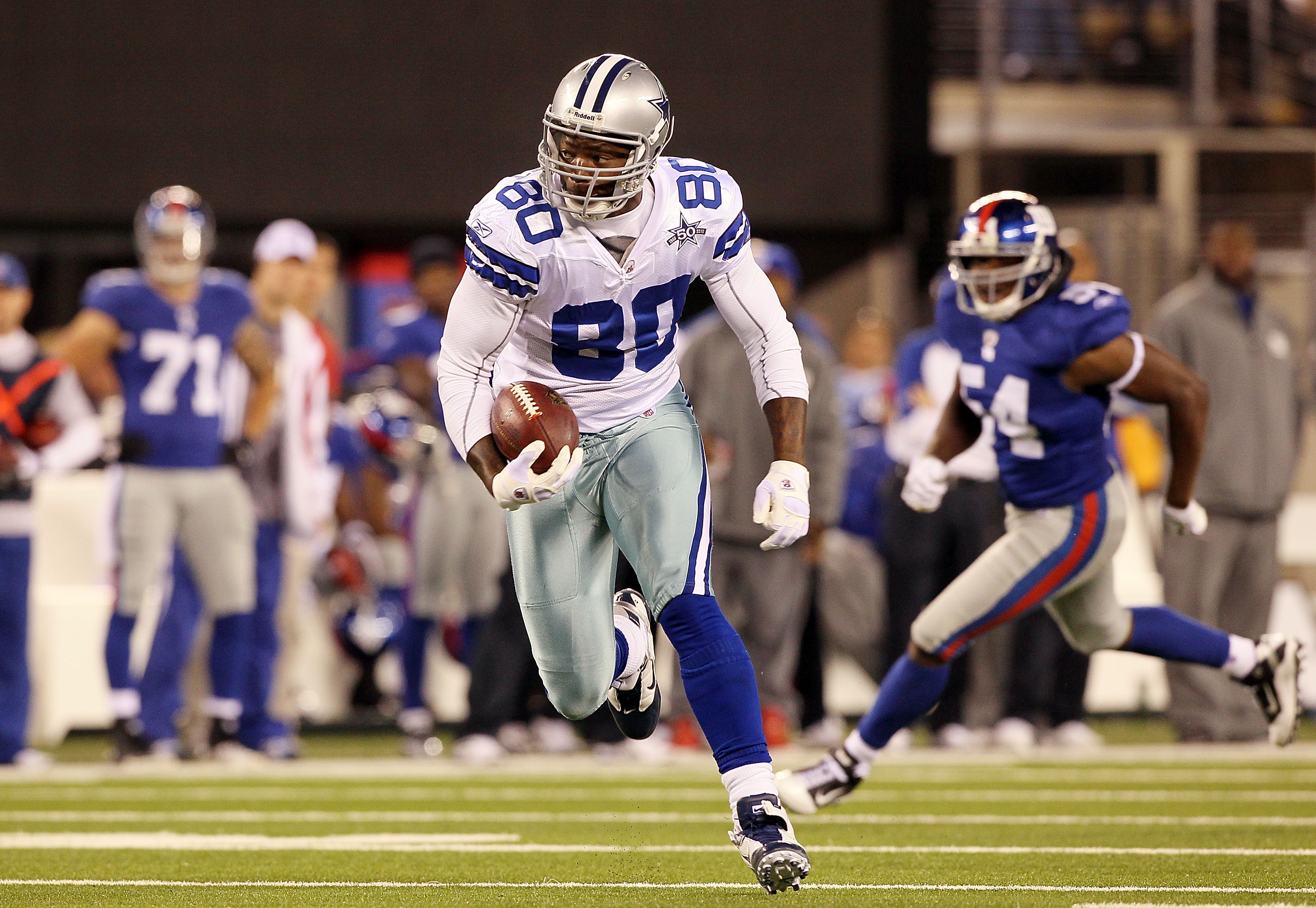 Martellus Bennett has done a lot of talking since he was drafted in the second round of the 2008 draft. However, all that talk has translated to just 68 receptions for just 702 yards and four TDs in three seasons.

Granted, Jason Witten starts in front of Bennett, but third stringer John Phillips managed to get himself talked about before going down with a torn ACL last season.

Making things worse for Bennett is Anthony Fasano, who was traded to Miami by Dallas so they could draft Bennett. Fasano has 104 receptions for 1321 yards and 13 TDs since the trade. 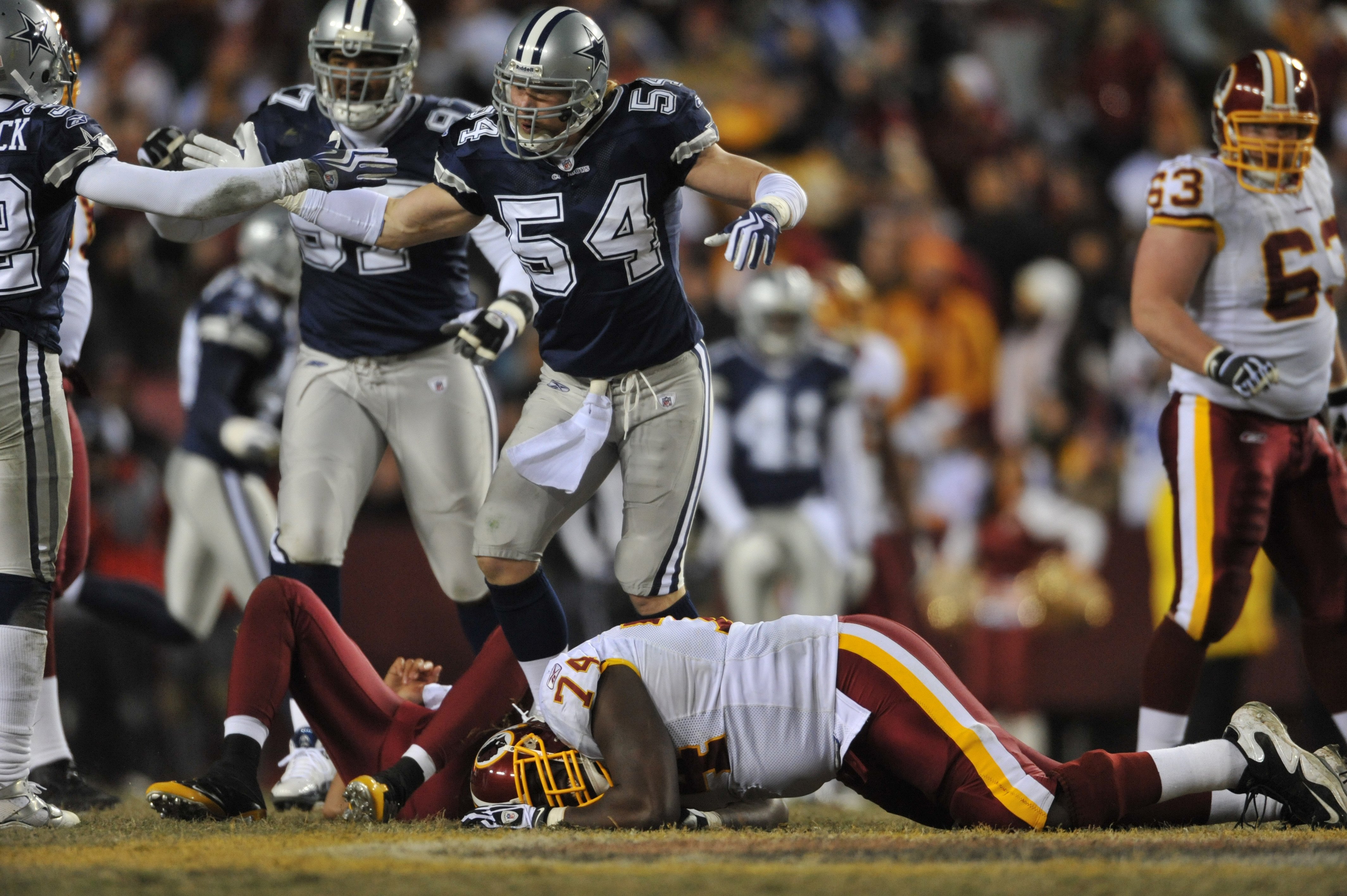 He was moved around from inside to outside linebacker, and back again, and eventually off the field on  most plays. You don't draft a linebacker in the first round to be a specialist in third down situations.

Bill Parcells coached Carpenter's dad and saw the same work ethic in Bobby, but in this case it just never translated into results. The fact that he wasn't able to break camp with the Rams after he was traded for Alex Barron and split last season between Detroit and Miami has shown he still can't put it together. 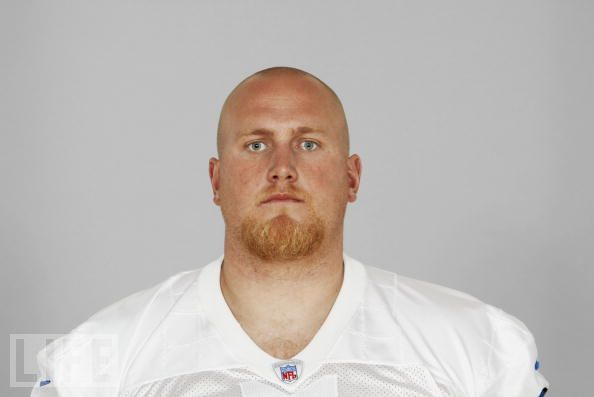 Jacob Rogers was the Cowboys second round pick in 2004 and didn't have a chance from the start. After being inactive his rookie season, Rogers was injured during his second season and had a hard time making it back.

Eventually he was called out Jerry Jones, which wasn't good news for Rogers. He also said he had a lot of trouble transitioning form being a left tackle in college to a right tackle in the NFL.

Rogers mostly had trouble with the footwork aspect of it, and because of that, he never quite made it with the Cowboys or any other team. His play was so limited, a google image search of his name will not get you a picture of Rogers in a Cowboys uniform outside of a few training camp pictures. 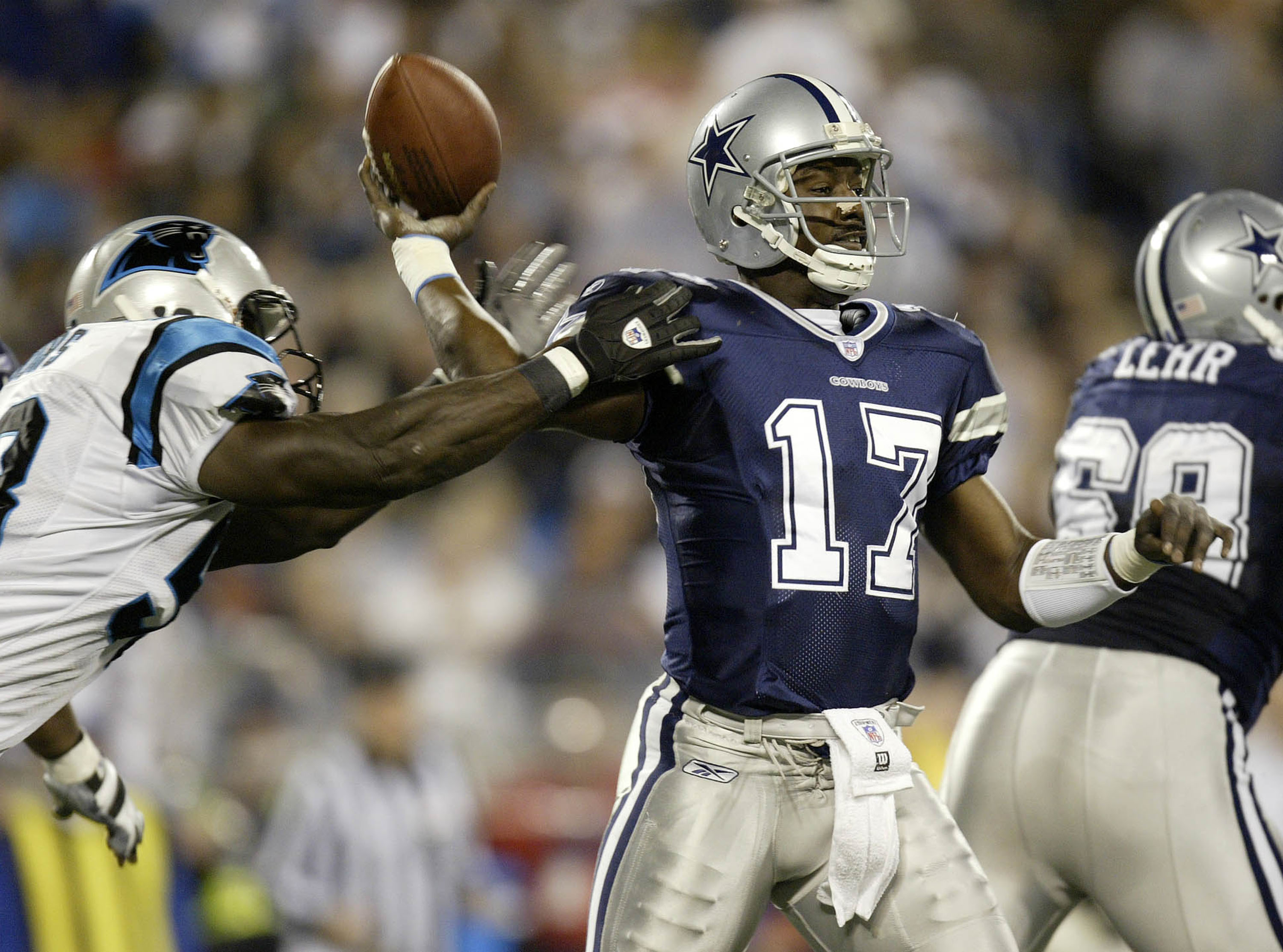 This selection is on Jerry Jones, as he reached by at least one entire round, or maybe more. However, Carter's downfall was on himself.

Carter was picked in the second round of the 2001 NFL Draft out of Georgia, and was made the starter in his rookie season after Troy Aikman retired.

The Cowboys finished 5-11 and deal last in the NFC East. The highlight of Carter's season was a 20-13 win over the Giants in which he threw for 200 yards. He was replaced by Chad Hutchinson in 2002 and the Cowboys finished dead last again.

When Bill Parcells took over the team, Carter was again named the starting QB and played well, leading the Cowboys to a 10-6 record and a wild card playoff berth. However, during training camp the next season Carter was released after a failed drug test.

Parcells said that Carter's release was due to, but not limited to, his drug problems. He landed with the Jets and started three games but was also cut by them after the 2005 season. Since then, Carter has been arrested at least three more times on possession charges, and was once bailed out by Cowboys beat writer Randy Galloway.

The reason Carter is at the top of this list is because of how much his personal problems derailed his career. He provided fans hope that he would help lead the Cowboys back to the glory days (after the 2003 season), but his drug issues prevented that from happening.

Because Carter was cut from the Cowboys, Tony Romo stayed with the team and eventually worked his way into the starting job. The Butterfly Effect at its full impact. 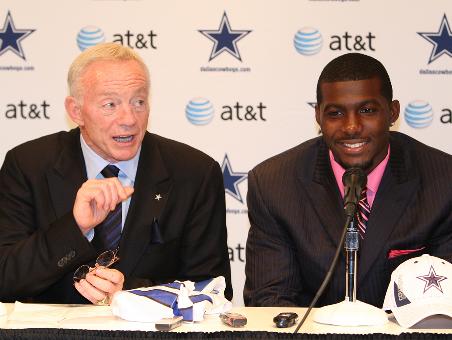 Stay tuned, as in the coming days I'll show you the top ten best selections from the Cowboys in the 2000s.

However, let the debate begin as to who is the worst draft selection the Cowboys made in the 00s and don't be afraid to list some guys that were not named in this article.