NASCAR: Which 2010 Sprint Cup Winners Will Take Home the Checkered Flag in 2011? 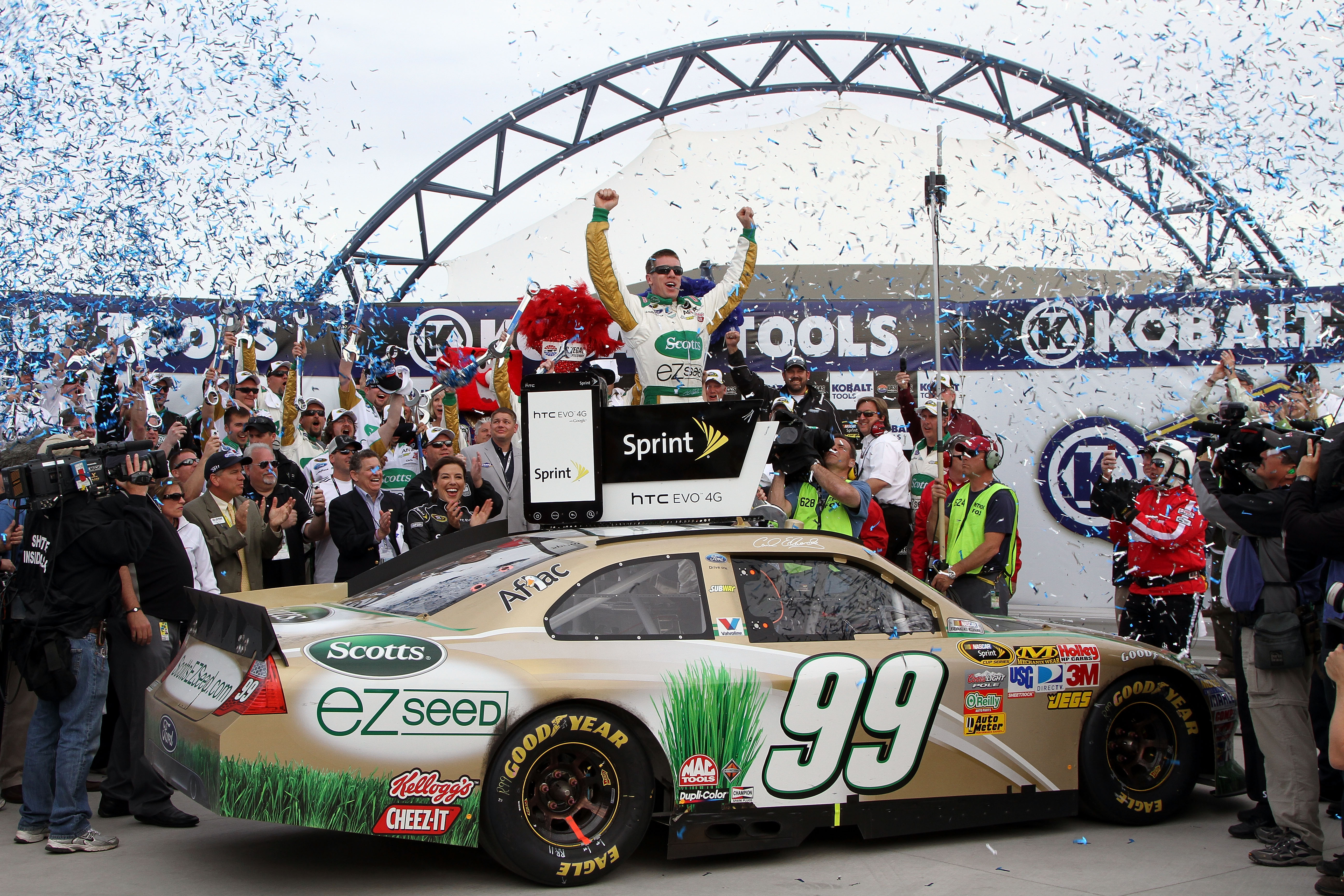 Thirteen NASCAR Sprint Cup drivers won races in 2010. There were no first-time winners, although five of them didn't win the previous season.

Of these 13 winners, only Carl Edwards has triumphed so far in 2011. Jeff Gordon and Trevor Bayne have also won this year, but neither driver won a Sprint Cup race in 2010.

Which of last year's other 12 winners will return to Victory Lane? Read on to find out. 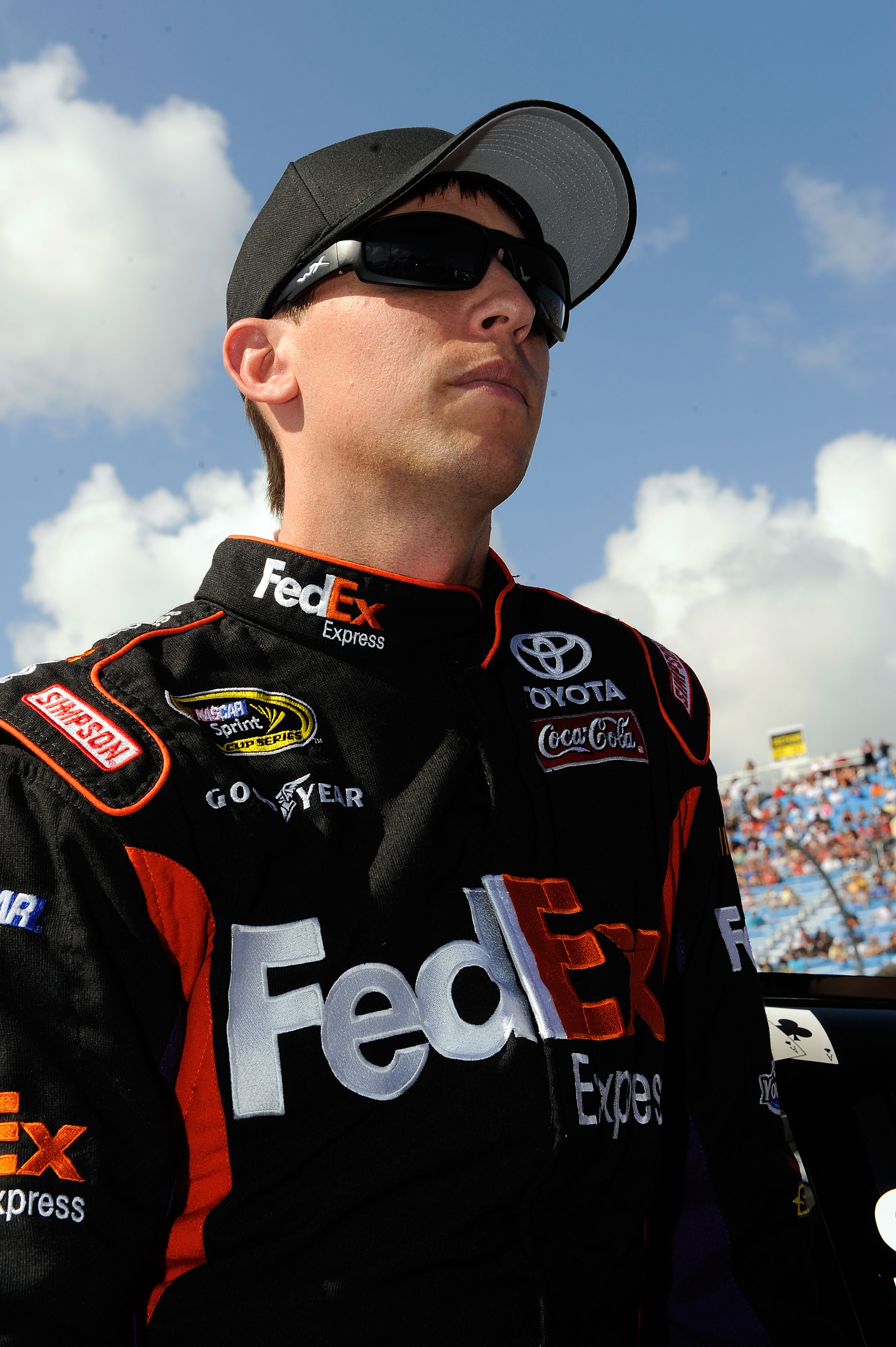 Denny Hamlin won more races in 2010 than any other driver, and he did it while dealing with mid-season ACL surgery. Hamlin nearly won the championship last season before blowing the points lead in the final race.

Hamlin is a lock to win multiple races in 2011. His first win will likely come at Martinsville in April, where he swept both races last season and has four victories overall. 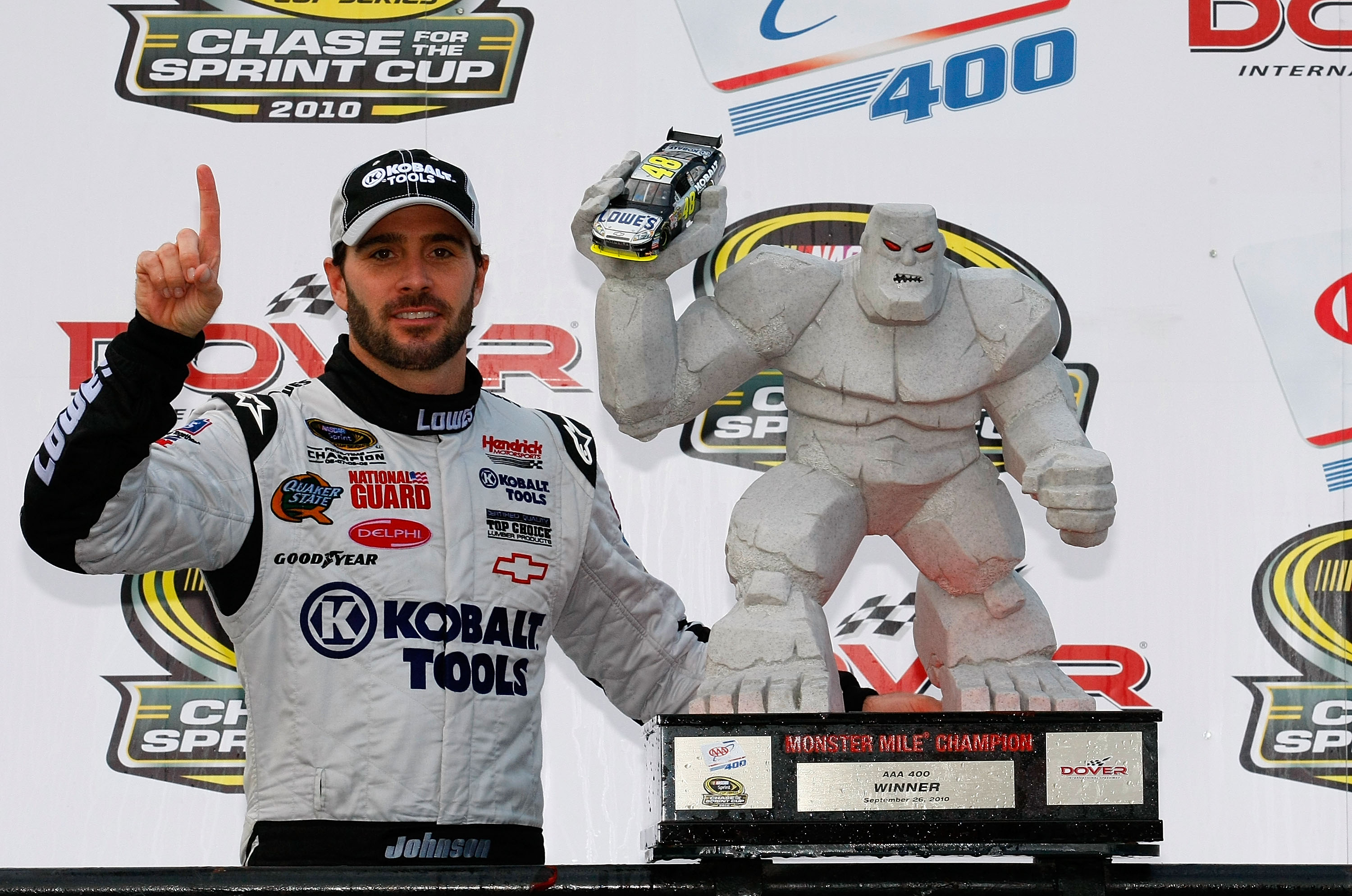 Jimmie Johnson is the closest thing to a sure bet that exists in NASCAR today. He has won at least three races every season since his rookie campaign in 2002.

Johnson performs well on all types of tracks, and won at Bristol and Infineon for the first time in 2010. Johnson even won Tony Stewart's charity event at the Eldora Speedway dirt track last year.

You can count on Johnson to win multiple races in 2011, and more than likely cross off another one or two tracks from the four at which he has not won at so far in his career.

Kevin Harvick: Three Wins and Third in the Championship in 2010 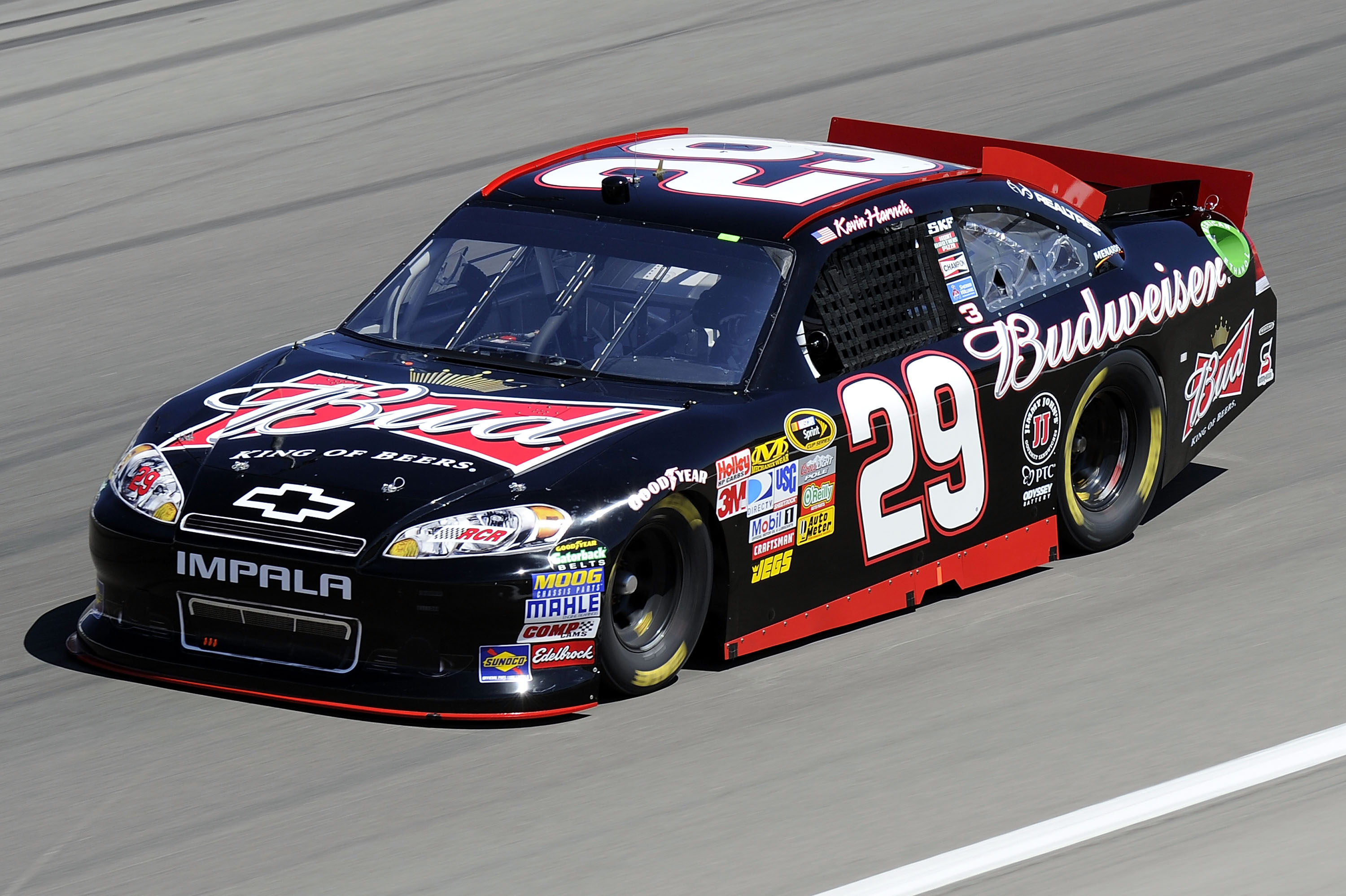 Kevin Harvick led the standings for most of the 2010 regular season.John Harrelson/Getty Images

After a dismal 2009 season that saw him finish 19th in the points with no victories, Kevin Harvick bounced back in a big way in 2010.

Leading the way in Richard Childress Racing's comeback, he scored three wins and posted career highs in top-fives and top-tens.

Although it's doubtful he can match last season's consistency, Harvick is primed for another strong year. Harvick is especially strong on restrictor plate tracks, and will win at least one, if not several races in 2011. 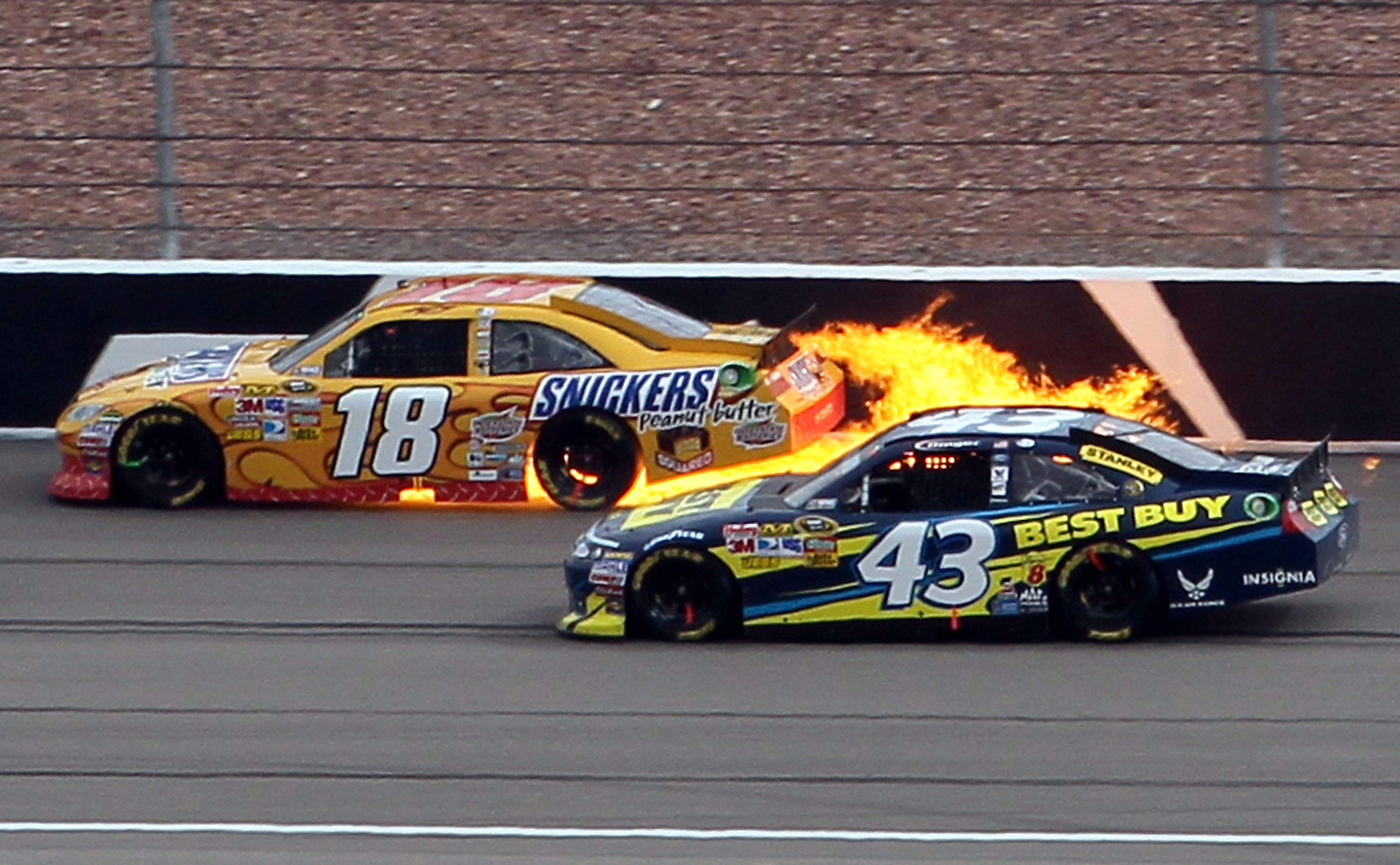 Kyle "Rowdy" Busch's wild driving style may have prevented him from winning a championship to this point, but his willingness to go all out leads to plenty of wins.

He has won at least one race each year since 2005, and that streak won't end in 2011. He will win multiple Sprint Cup races, beginning with Bristol this Sunday.

But if Busch wants to challenge for a championship, he will have to settle down and become more consistent. Only time will tell if he can pull that off.

Jamie McMurray: Three Wins but No Chase in 2010 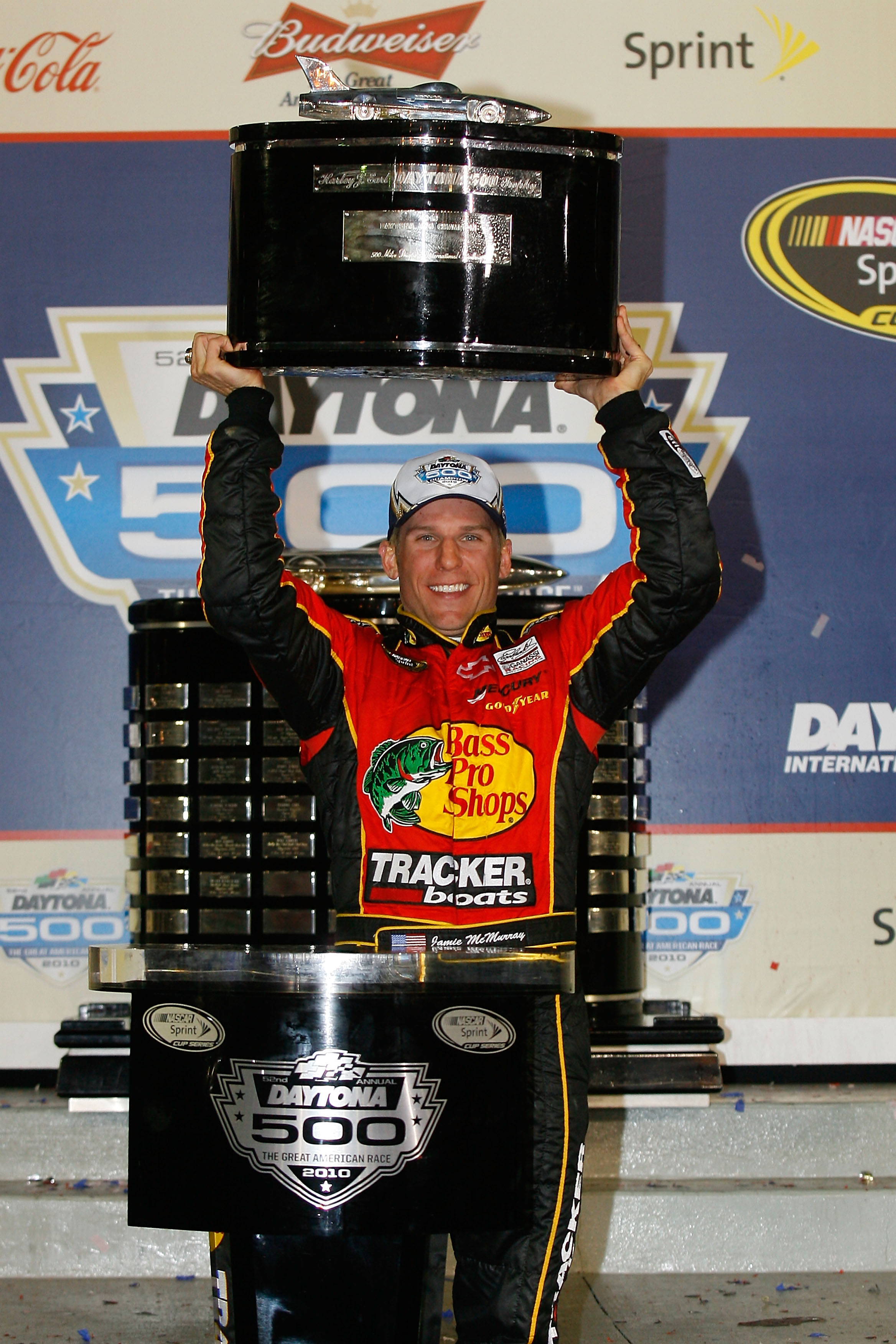 Jamie McMurray will not win in 2011.Jason Smith/Getty Images

Jamie McMurray won at three of NASCAR's most prestigious venues in 2010. Even though he missed the Chase, it was a successful year as he won the Daytona 500, the Brickyard 400, and the fall race at Charlotte Motor Speedway.

However, McMurray's career has been marked by inconsistency. No one would be surprised if he wins multiple races and makes the Chase for the second time in his career, but I'm doing to go out on a limb and predict he will fail to reach Victory Lane and once again miss the Chase. 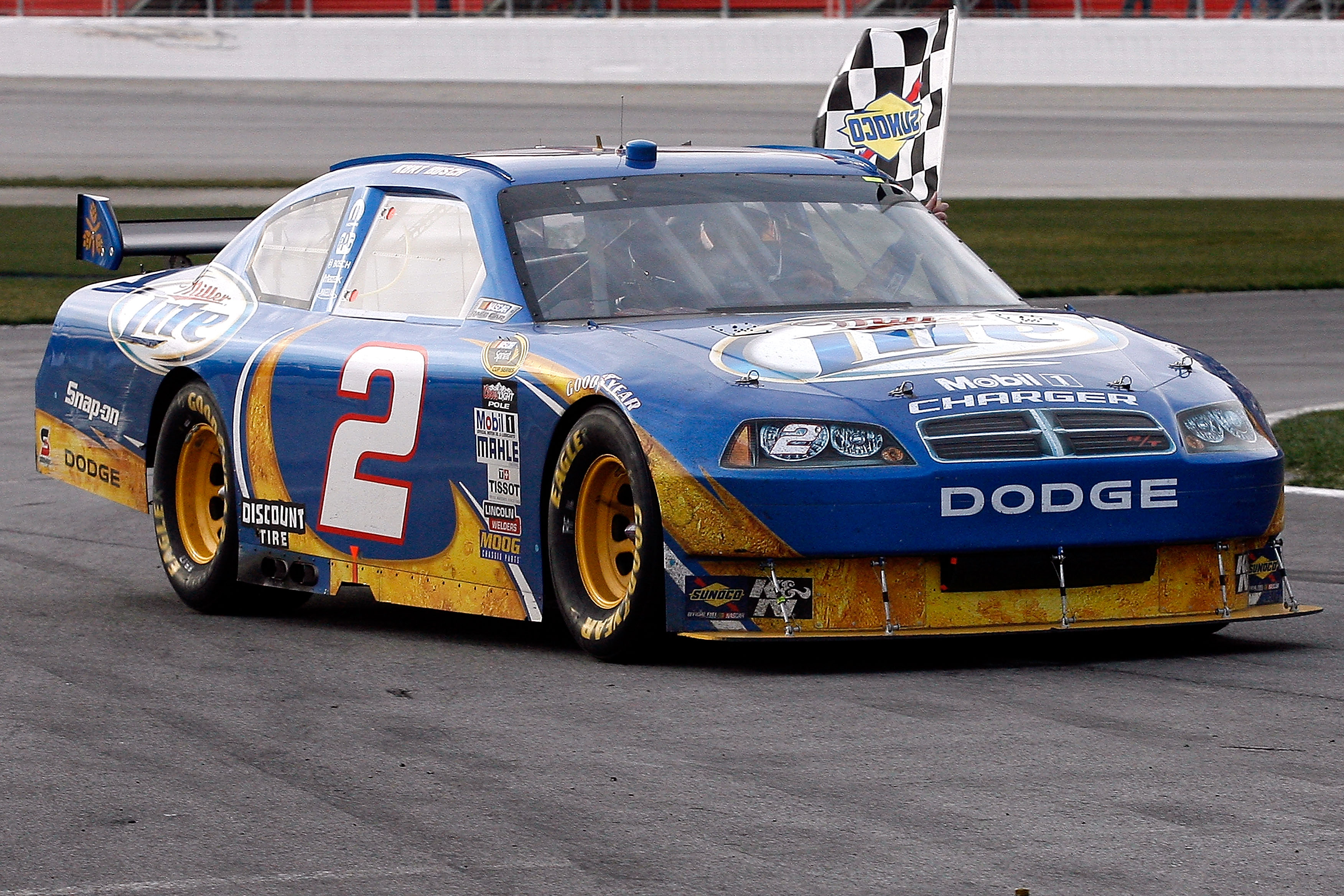 The elder brother of Kyle Busch, Kurt is an excellent driver in his own right. He has won at least one race every year for nine consecutive seasons, including two points races last year.

Penske Racing downsized to two teams for the 2011 season, which could either help or hurt Busch's performance.

I think it will be a down year for Kurt overall, but I still expect to see him in Victory Lane at least once in 2011. 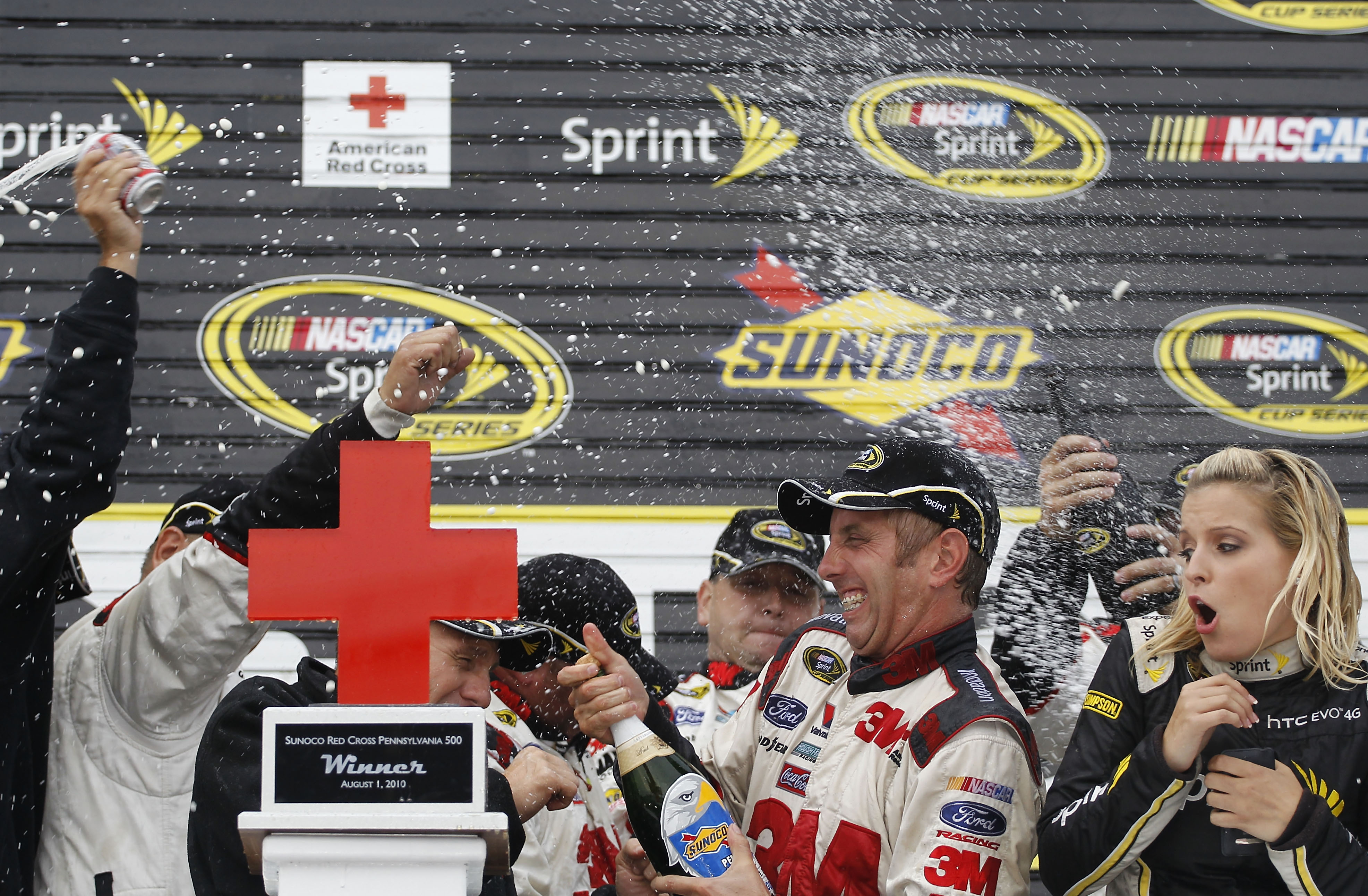 Greg Biffle's win at Pocono last August was the first for Roush Fenway Racing in nearly a year and his personal first in 64 races. He followed that up with a win at Kansas during the Chase.

Although he is rarely in the headlines, Biffle has had only one winless season during his career and has twice finished in the top three in the championship standings.

I expect him to win his usual one or two races this season and rack up a decent amount of top tens, but not much more than that. 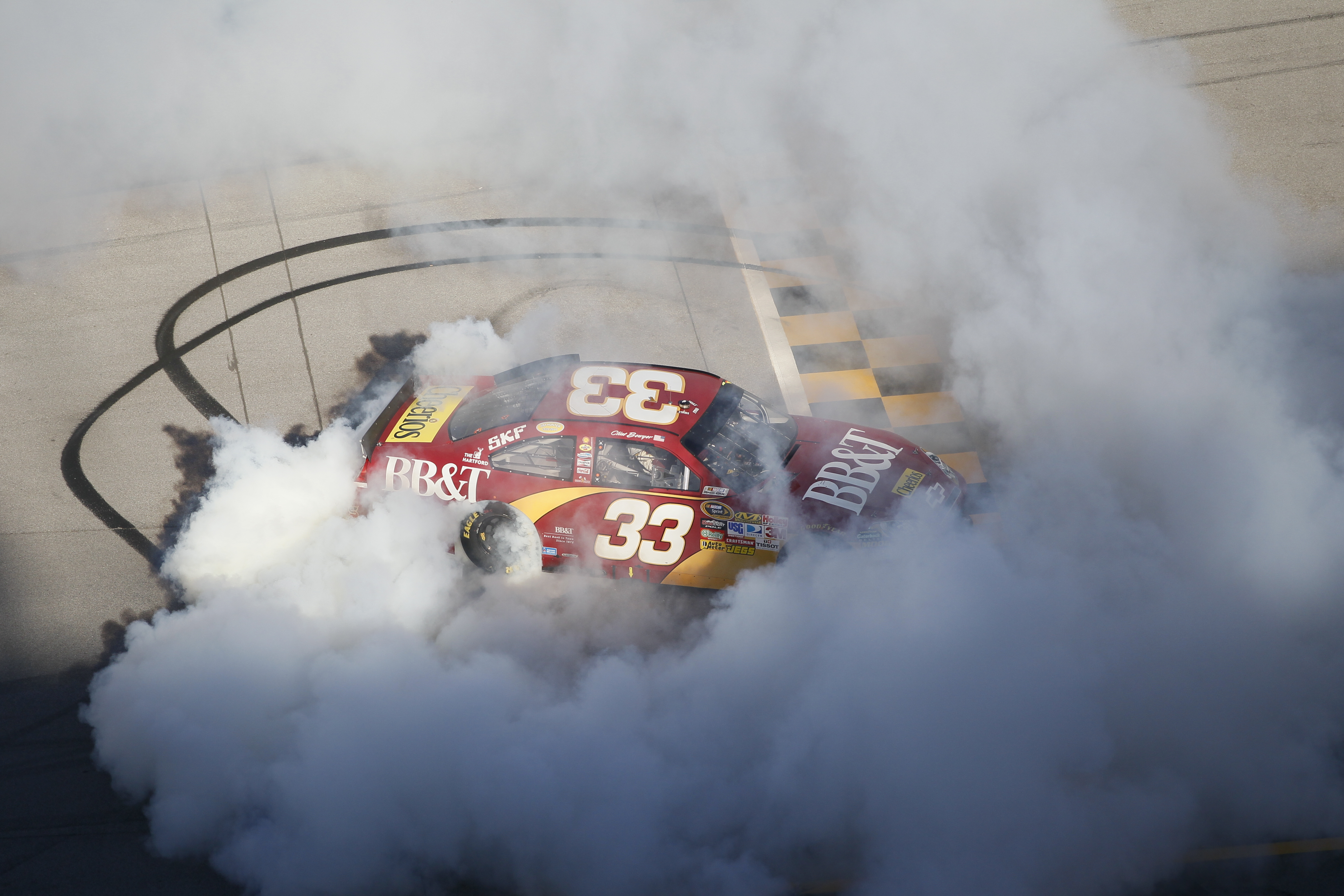 After going 88 races without a win, Clint Bowyer broke through in a big way during the 2010 Chase with victories at New Hampshire and Talladega.

Unfortunately, his chance at a title run was wiped out by a 150-point penalty following his New Hampshire win.

Bowyer, who has only four career victories, rarely challenges for wins. I expect him to struggle to run near the front and go winless for the second time in three seasons. 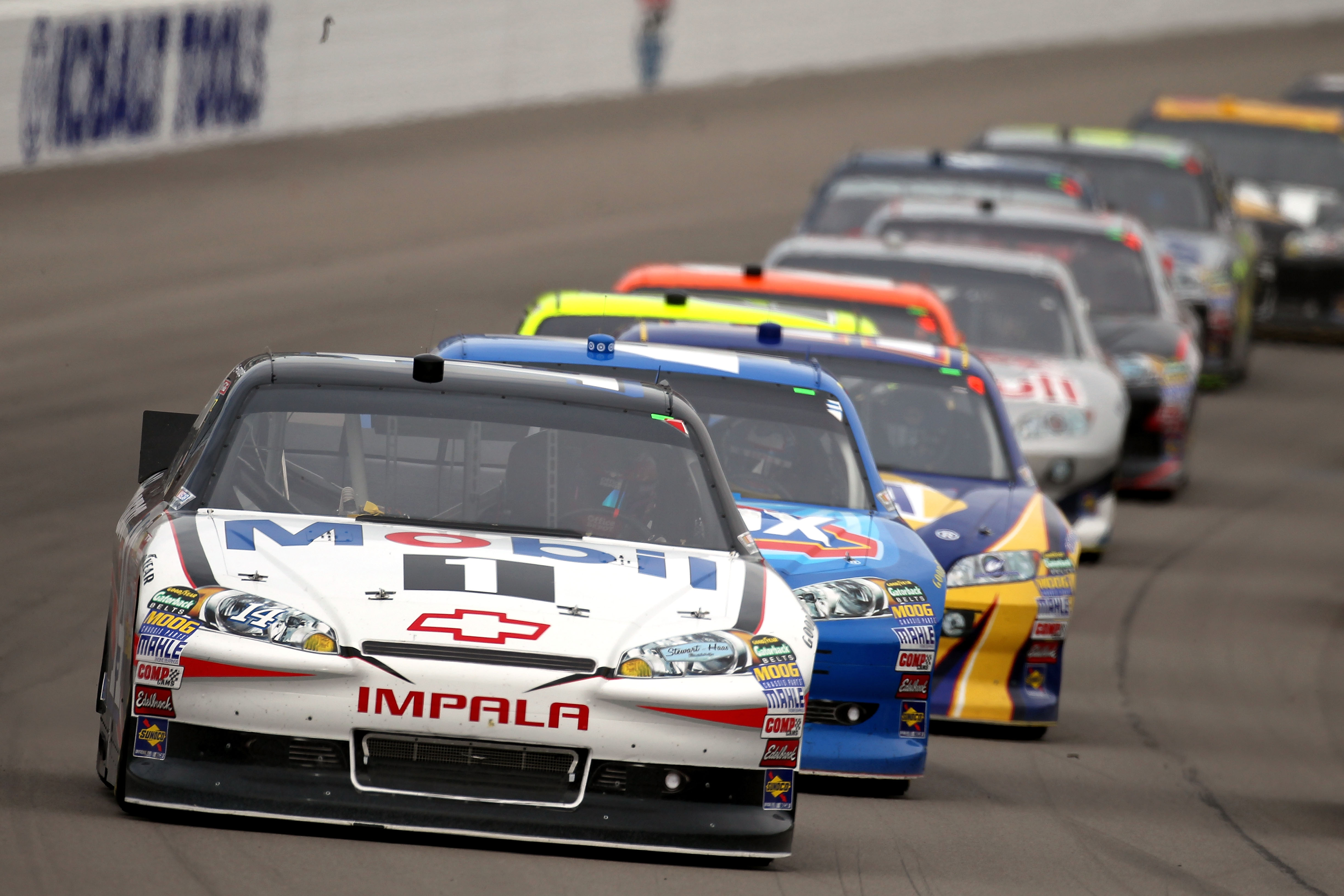 Stewart has won six races with his own team since 2009.Jonathan Ferrey/Getty Images

"Smoke" may not be as dominant as he was several years ago, when he won two championships and won races seemingly at will, but he can be counted on to bring home the checkers at least once or twice.

Look for him to heat up in the summer months and return to Victory Lane in 2011, unlike his teammate...

Ryan Newman: One Win for Rocketman in 2010 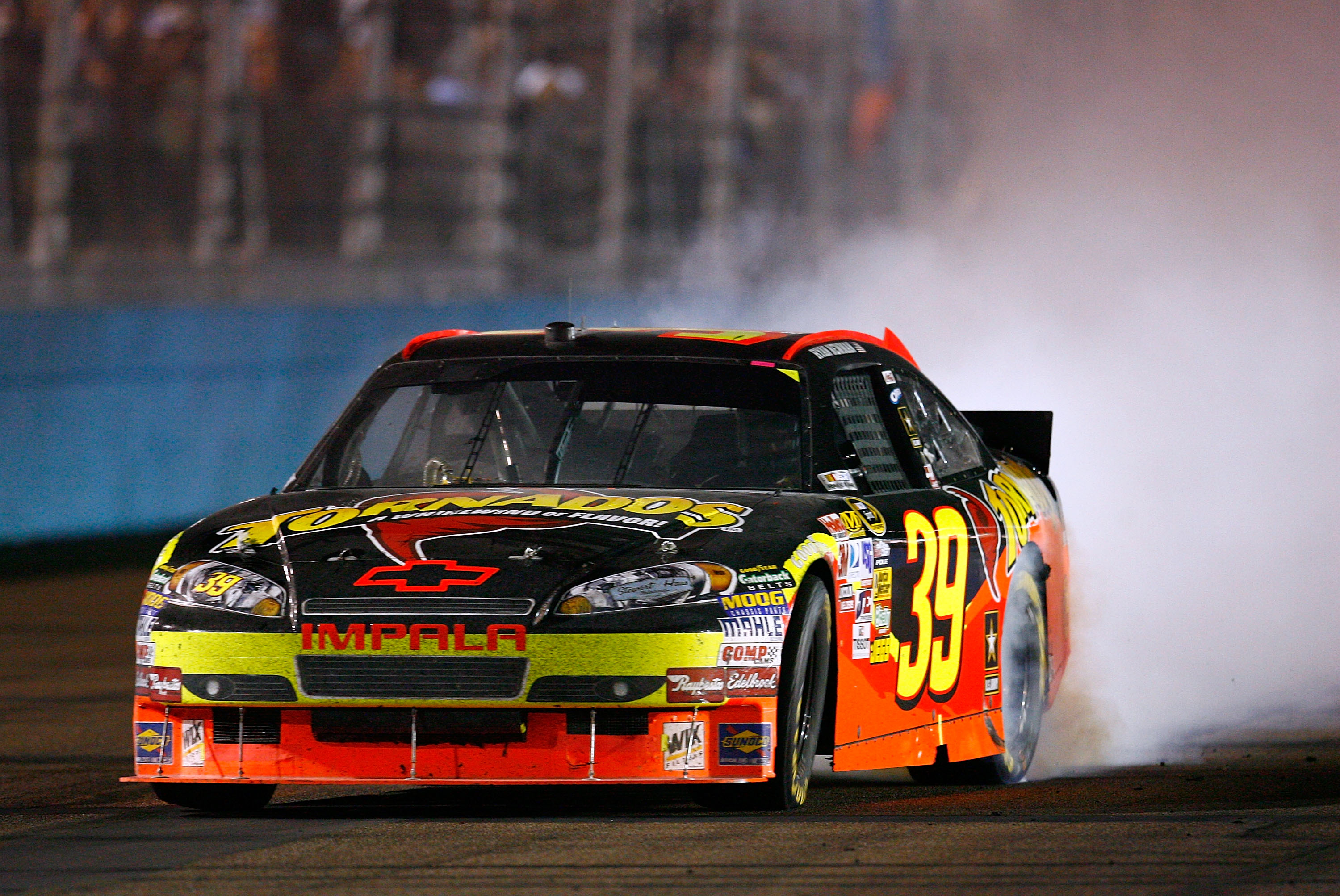 Newman won at Phoenix in 2010, a race three other drivers dominated.Tom Pennington/Getty Images

With more than half of his 15 career victories coming during the 2003 season, Ryan Newman's trips to Victory Lane have been few and far between in recent years.

While he managed to steal a win at Phoenix last spring, Newman led only 63 laps all season.

That's not a good formula for winning races, and I don't expect Newman to win in 2011.

David Reutimann: One Win for the Nice Guy in 2010 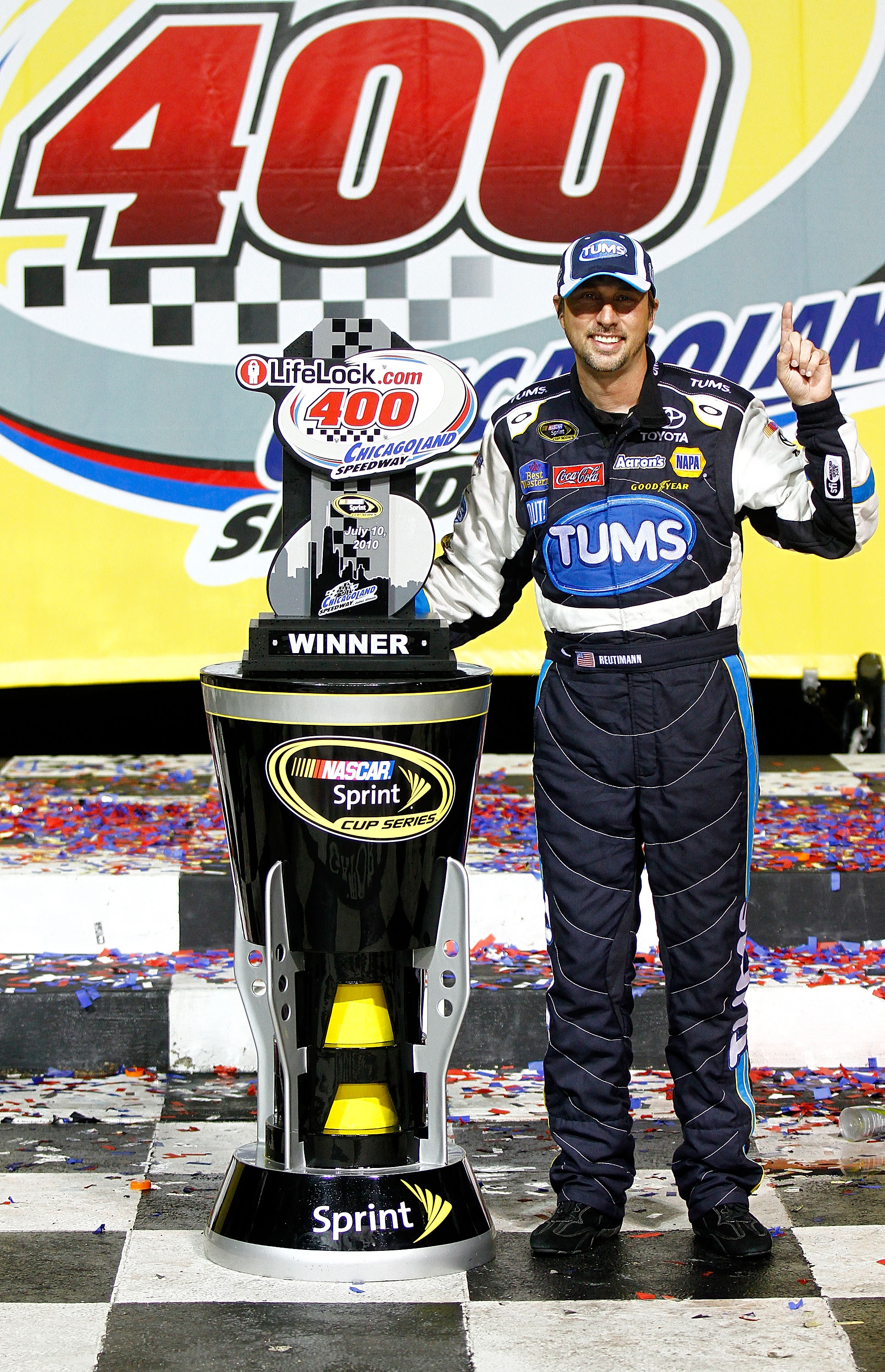 Reutimann proved his rain-shortened victory in the 2009 Coca-Cola 600 wasn't a complete fluke by out-driving Jeff Gordon to win at Chicago last year.

However, he drives for a second-tier team that can't measure up to NASCAR's big dogs at Hendrick Motorsports, Joe Gibbs Racing, and Richard Childress Racing, and I don't expect him to reach Victory Lane in 2011.

Reutimann is too much of a nice guy to win when he isn't clearly the class of the field, and that doesn't happen very often. 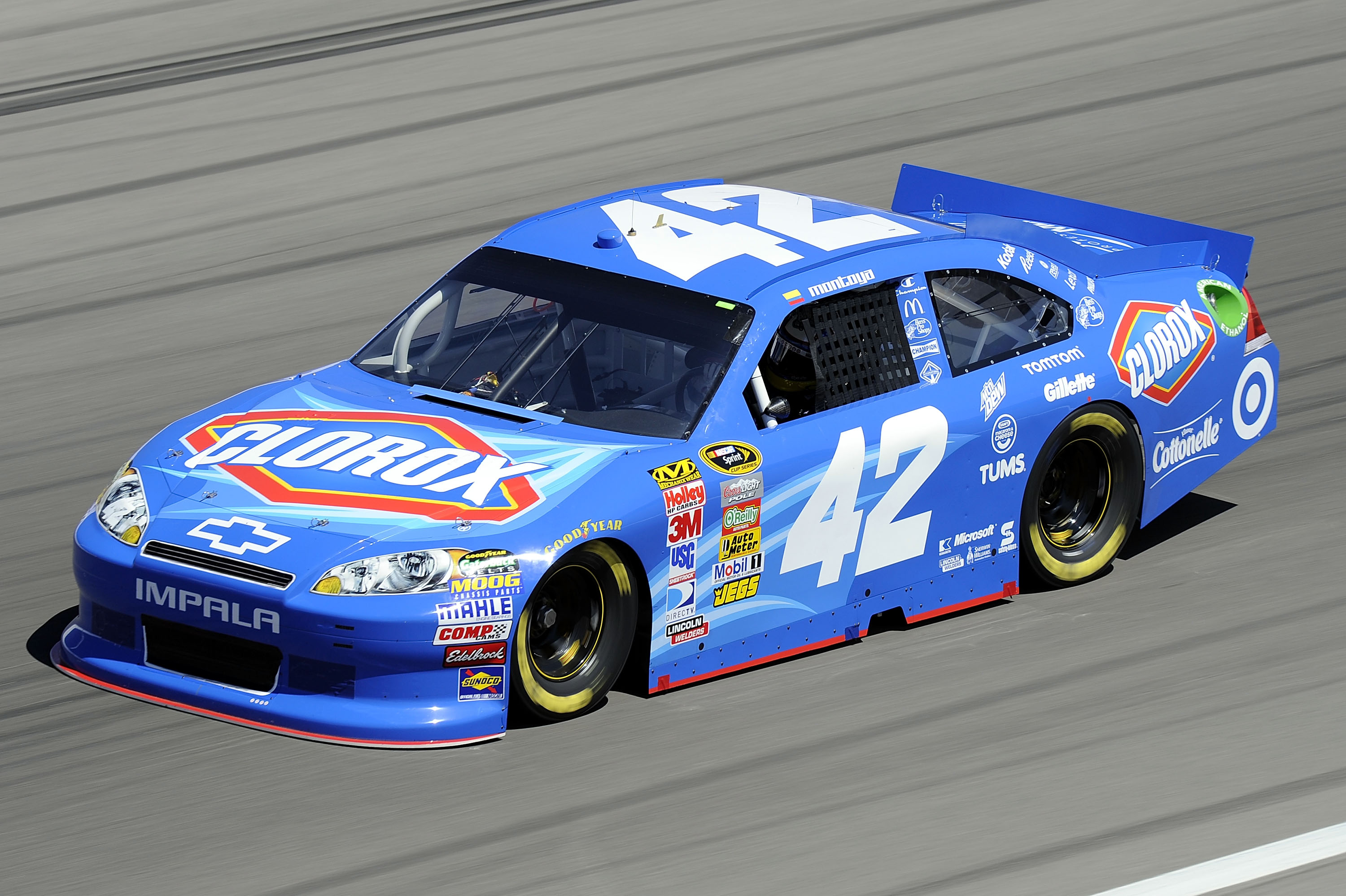 Juan Montoya will finally win at an oval track this year.John Harrelson/Getty Images

He has also come tantalizingly close to winning the Brickyard 400 on multiple occasions and has nearly won at other oval tracks on numerous occasions.

This will be the year Montoya finally breaks through and establishes himself as an elite NASCAR driver, with multiple wins on tracks where he doesn't have to turn right...until he heads for Victory Lane.

What are your thoughts? Post a comment on this article or send me an email...I'd love to hear from you!