NFL and the CBA: Ranking the Worst Work Stoppages in Pro Sports' History 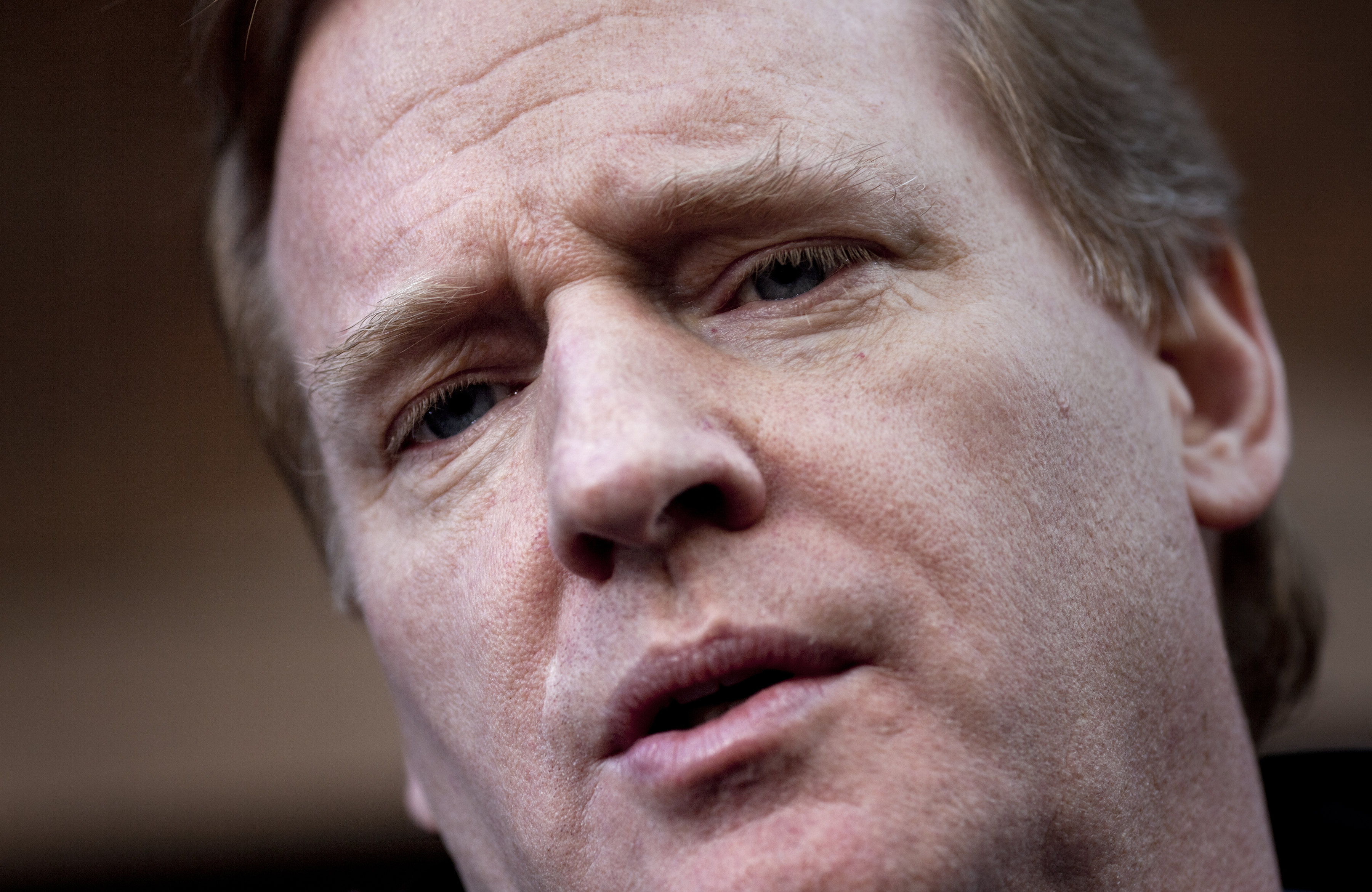 Since the NFL and NFLPA still have yet to agree to a new CBA, the specter of a work stoppage in the NFL this coming season still lingers.

There have been almost 20 work stoppages in pro sports; however some of them only lasted a couple days and/or only occurred during the offseason.

Here are the top 15 worst work stoppages in professional sports. 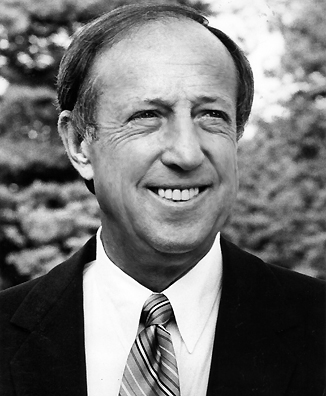 In July 1974, the NFL players went on a strike. The strike was over the players wanting guaranteed salaries.

The NFL owners did not do anything to try to end the strike, believing that it would end in court and courts would side with them. They were right about the first. After 44 days on strike, the players gave up and took it to the courts.

The case would not be resolved for another two years. The courts sided with the players, not the owners.

While the strike was on the longer side, lasting a month and a half, it occurred during the offseason. Luckily for Commissioner Pete Rozelle and the owners, no games needed to be cancelled or rescheduled. 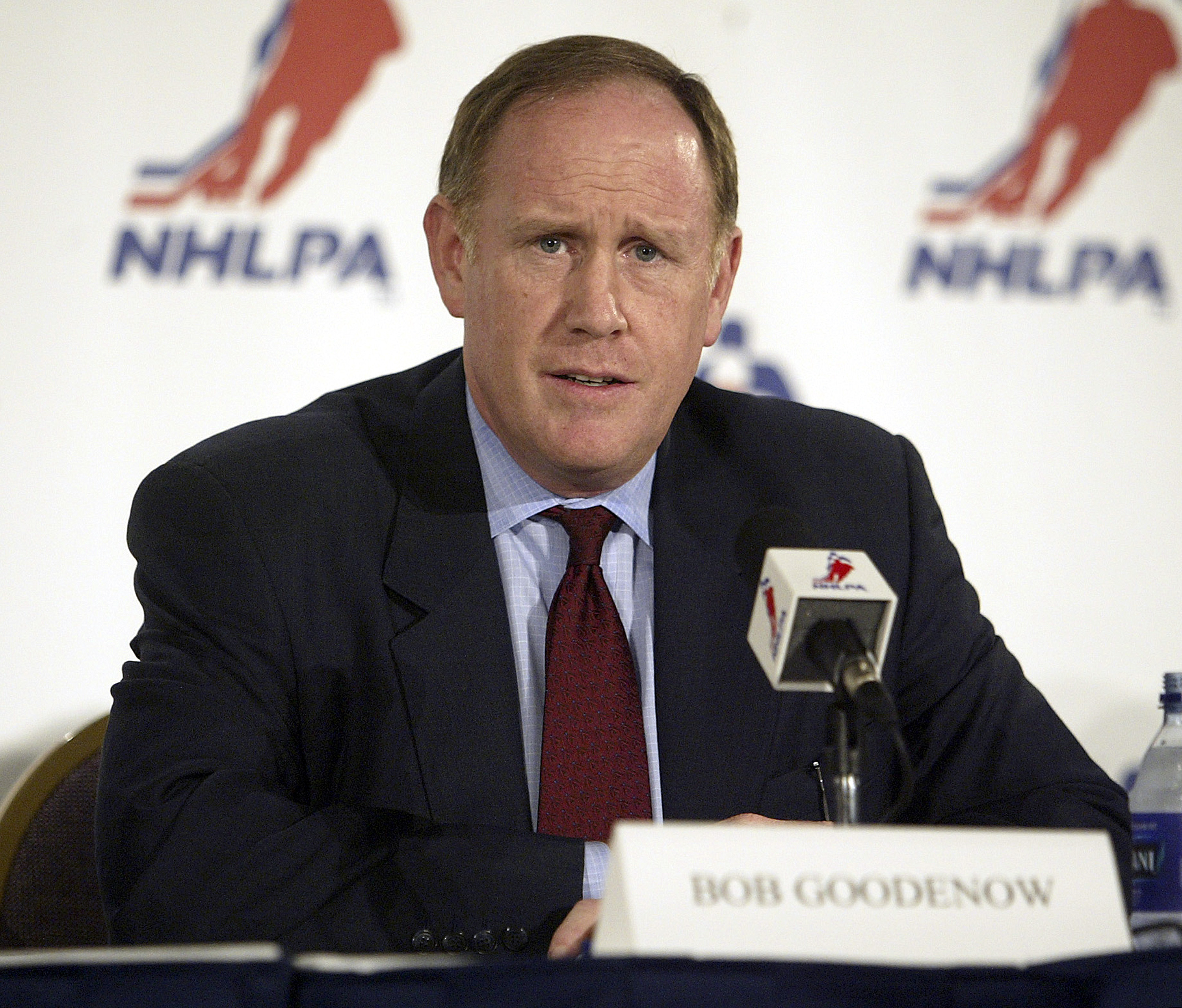 From April 1-10, 1992, the NHL players went on strike. It was led by Bob Goodenow, who had just taken over as head of the NHLPA.

The NHLPA wanted to handle the rights to their marketing, including controlling the rights to players' images for trading cards. The players received those rights in the settlement.

During the 10 game strike, 30 games had to be rescheduled. Additionally, NHL President John Ziegler was forced out of office as part of the settlement.

Gil Stein replaced Ziegler as the final president of the NHL. The succeeding title would be commissioner, rather than president. 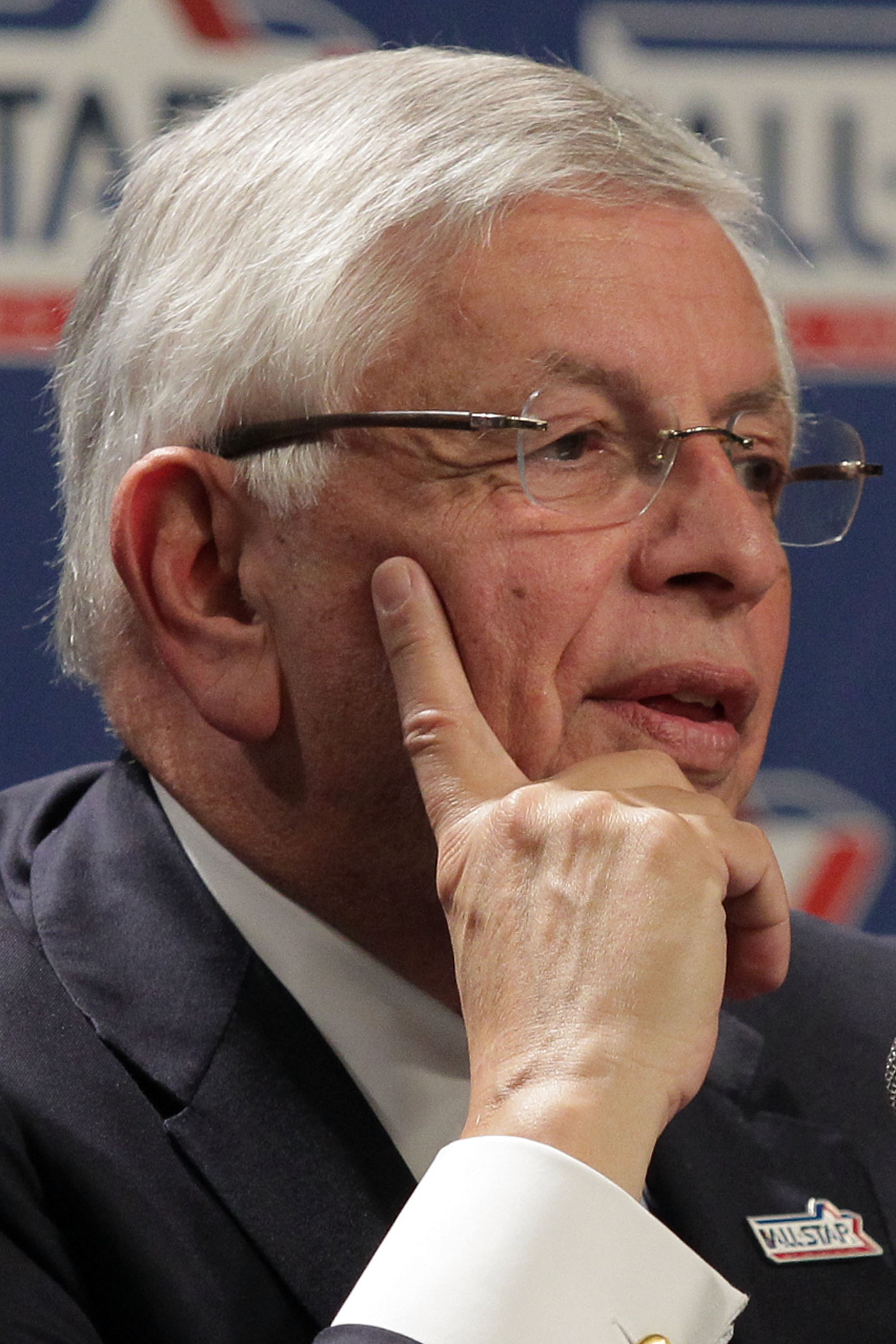 The NBA owners locked out the players for 74 days in the summer of 1995. The owners wanted the players to sign a new CBA that would include a luxury tax.

The owners eventually gave up and signed an agreement that did not include the luxury tax, however the new agreement did give the option of nullifying the agreement after three years if salaries were over 51.8 percent of revenue.

Since the lockout occurred during the offseason, no games had to be cancelled. 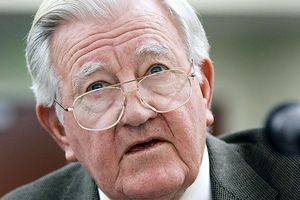 The NFL experienced its first work stoppage during training camp 1968.

The crux of the issue began with the NFL-AFL merger. While the two leagues merged to become one league, NFL and AFL players continued to be represented by separate players' associations. The two players' associations were fighting for salary adjustments and long-term benefits for the players at the time.

The owners thought they could take advantage since there was not one united front against them. They were mistaken.

The NFLPA voted to go on strike in July 1968 and the owners decided to lock them out at the same time. A compromise was reached with the first NFL CBA, which guaranteed a $10,000 minimum salary for long-term players, $9,000 for rookies and a $1.5 million pension fund.

However, players would not be rewarded independent arbitration options. 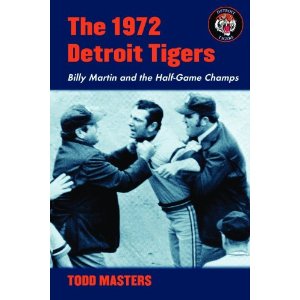 Their complaints were over salaries and long-term benefits. They wanted the right to salary arbitration, as well as the owners to put more into a pension fund.

In the resulting compromise, players received salary arbitration, along with an increased pension fund.

Another consequence of the strike was that the Detroit Tigers won the AL East over the Boston Red Sox by half a game because they played one more game than the Red Sox did. 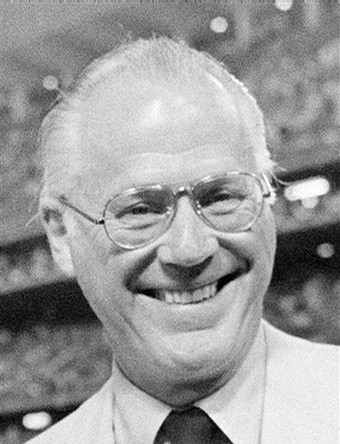 If it seemed like the disagreement between the players and owners had been resolved in 1972, it hadn't.

During Spring Training 1973, the owners locked out the players for 12 days.

Another 86 games had to be cancelled due to the work stoppage, although these were just spring training games. The biggest thing that the teams lost out on was conditioning and practice.

After this compromise, salary arbitration was outlined and the minimum player salary was increased to $15,000. 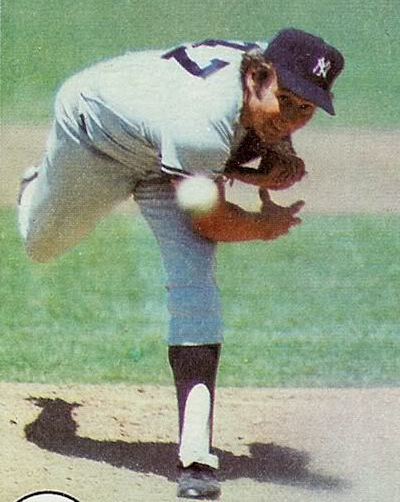 The MLB experienced another work stoppage in 1976. This time it was a 17-day lockout over free agency.

Free agency had yet to be established in the MLB. However, U.S. courts determined that pitchers Andy Messersmith and Dave McNally, of the Los Angeles Dodgers and Montreal Expos respectively, were free agents.

This court decision helped usher free agency into the MLB.

After the court ruling, spring training resumed and no significant games were missed. Messersmith signed with the Atlanta Braves and McNally retired. 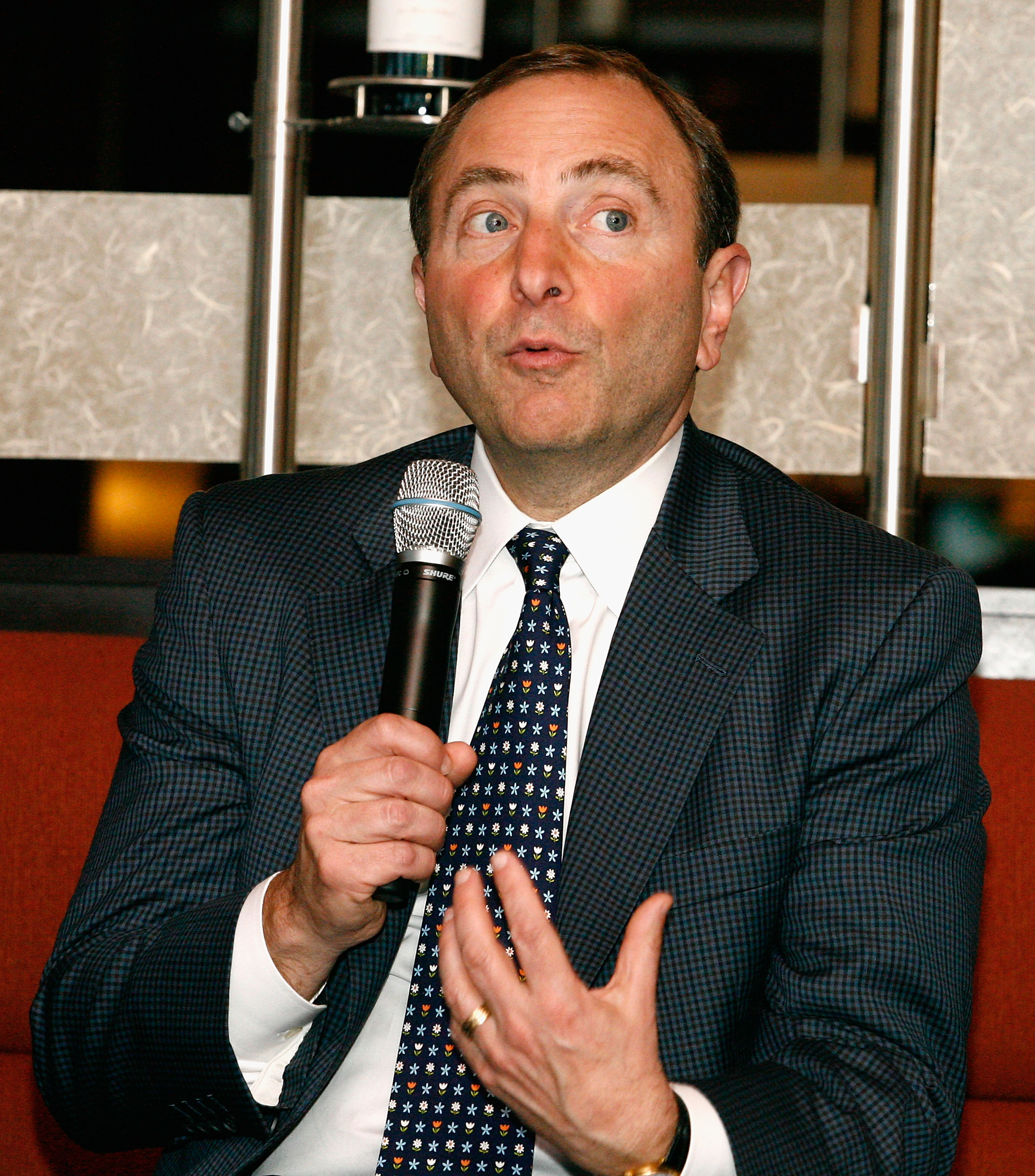 In 1994, the NHL experienced another work stoppage. The owners locked out the players for 104 days.

The issue was over the salary cap; the owners wanted one and the players did not.

The lockout lasted from October to January and there was no All-Star game because of it. The season was reduced to only 48 games per team, rather than the previous 84. The season ran from mid-January into the beginning of May, the first and only time that the NHL regular season overlapped into May.

Following the lockout, the NHL and NHLPA shortened the season to 82 games. The salary cap issue was not resolved, but a rookie salary cap was instituted. 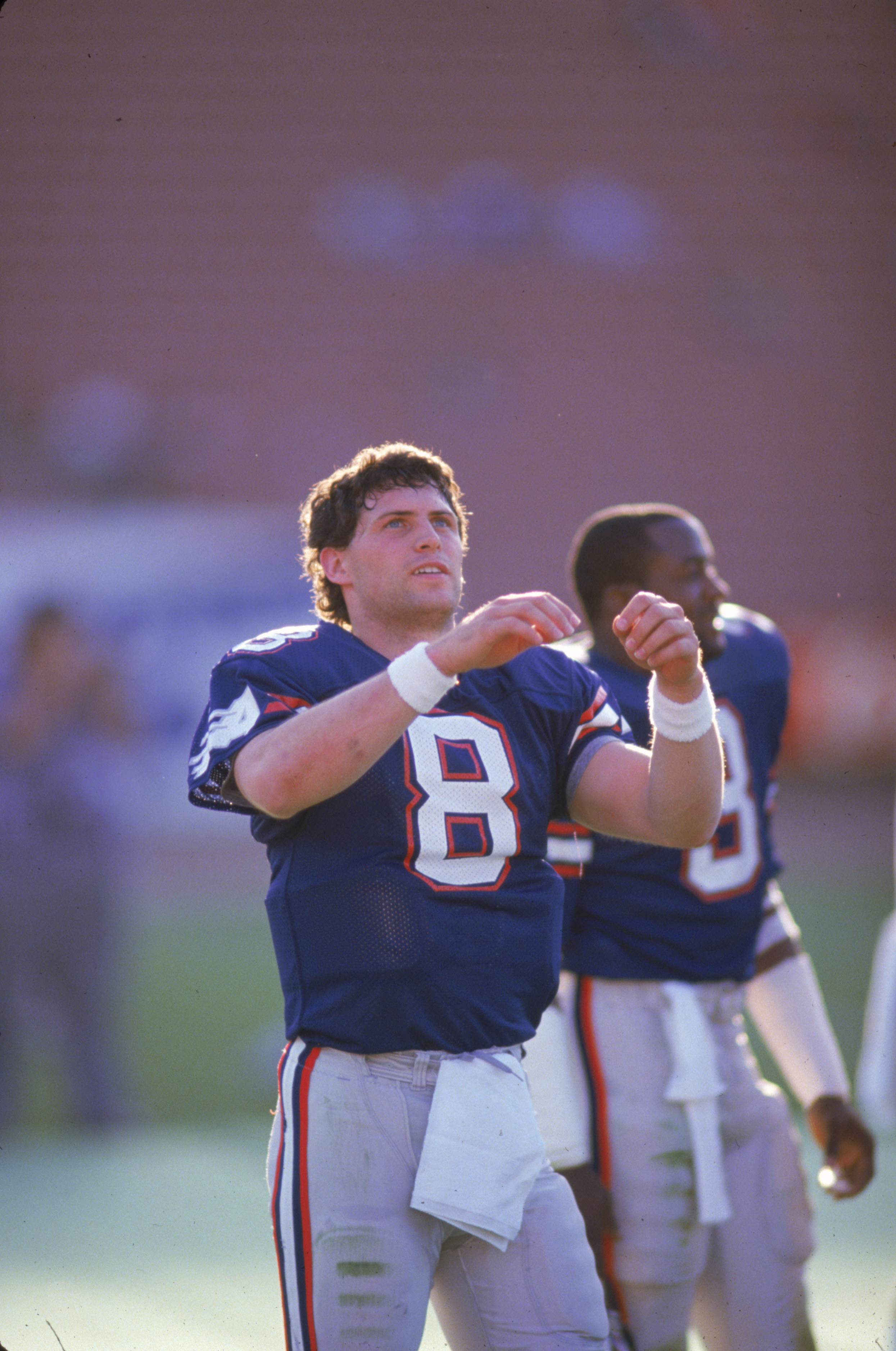 This was the NFL's second strike in a five year period. One week of the season was cancelled, while replacement players were used for three other weeks.

Free agency had been awarded five years earlier after the work stoppage, however it was still difficult for players to move from team to team. In fact, in that five year period that free agency supposedly existed, only one player actually moved teams.

The players were demanding unrestricted free agency, but the owners did not acquiesce. The owners felt like they had the upper hand since the NFL was the only successful professional football league, with the USFL having just folded.

The players eventually took it to court and were awarded unrestricted free agency in the ruling. 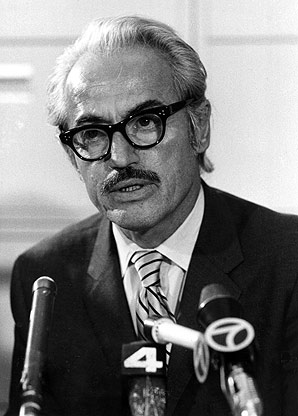 In 1981, the MLB had another work stoppage. The players went on a 50-day strike during the summer. Over 700 games had to be rescheduled because of the strike.

While the strike was initiated by the players, most placed the blame for the stoppage on the owners. The owners wanted compensation for free agents leaving their teams, in the form of getting another player from the team that picked up their former player.

The players did not agree to this stipulation because they argued that then free agency did not truly exist.

The strike ended with a compromise that included the owners getting a lesser form of compensation (a player from a pool of unsigned players) and free agency being restricted to players who had six years in their playing career.

During the strike, players reportedly lost $4 million a week in lost wages and revenue, while cumulatively the owners lost $72 million. 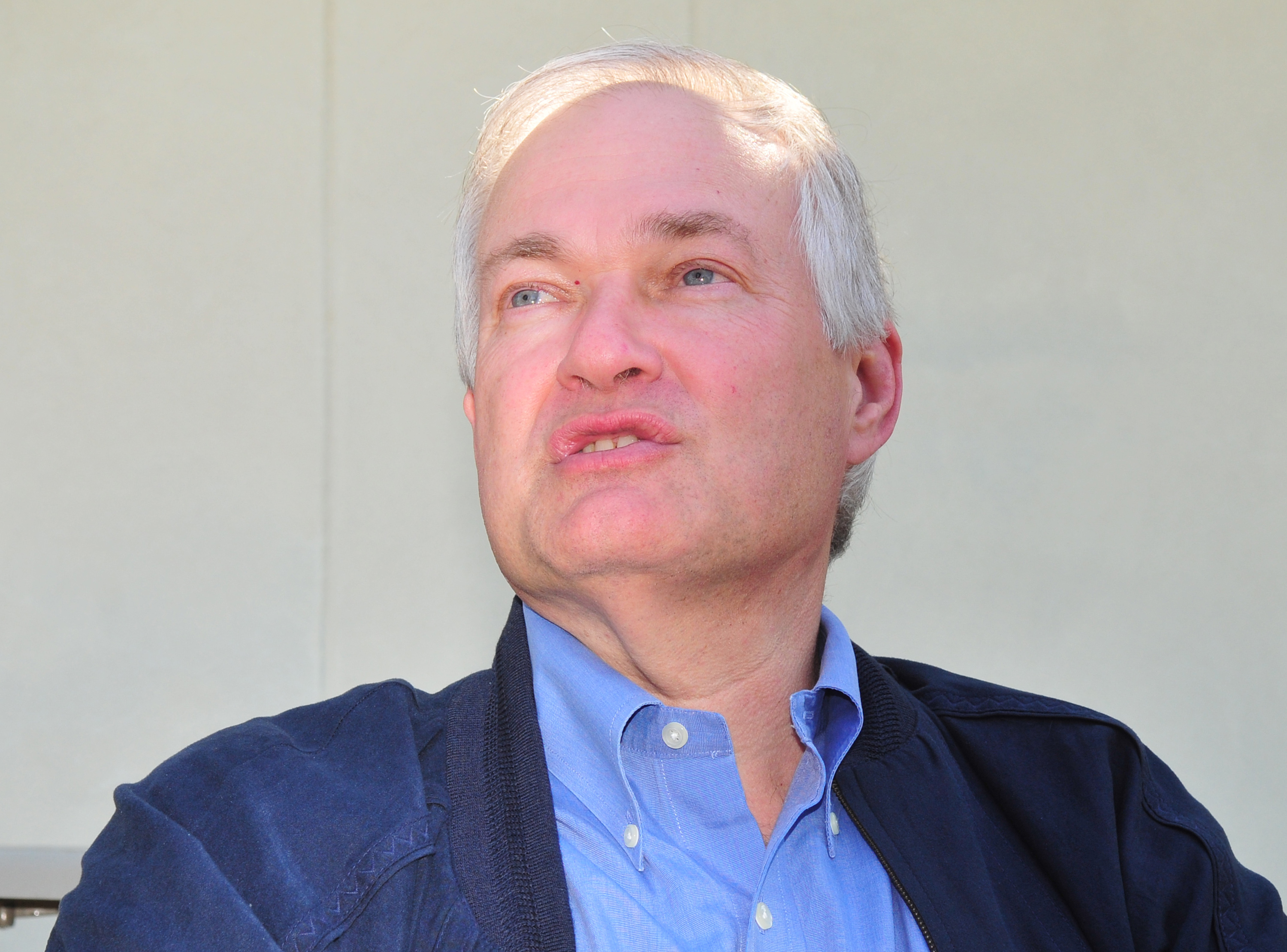 There was another work stoppage for the MLB in 1990 with a 32-day lockout during spring training. Opening day was pushed back a week and the season was extended for three days, so as not to miss any of the 162-game schedule (since that had not ended well the last time that had occurred).

The lockout stemmed from disagreements over free agency and salary arbitration. The owners proposed that a pay-for-performance scale be enacted. Under their proposed plan, players with under six years experience would be paid based on their performance stats against opposing teams' players.

Plus, a salary cap would be introduced.

The head of the MLBPA, Donald Fehr, disagreed with this plan, particularly the part about the salary cap because he thought it would interfere with free agency. The lockout ended with players’ minimum salaries being increased to $100,000 and the idea of revenue sharing was investigated. 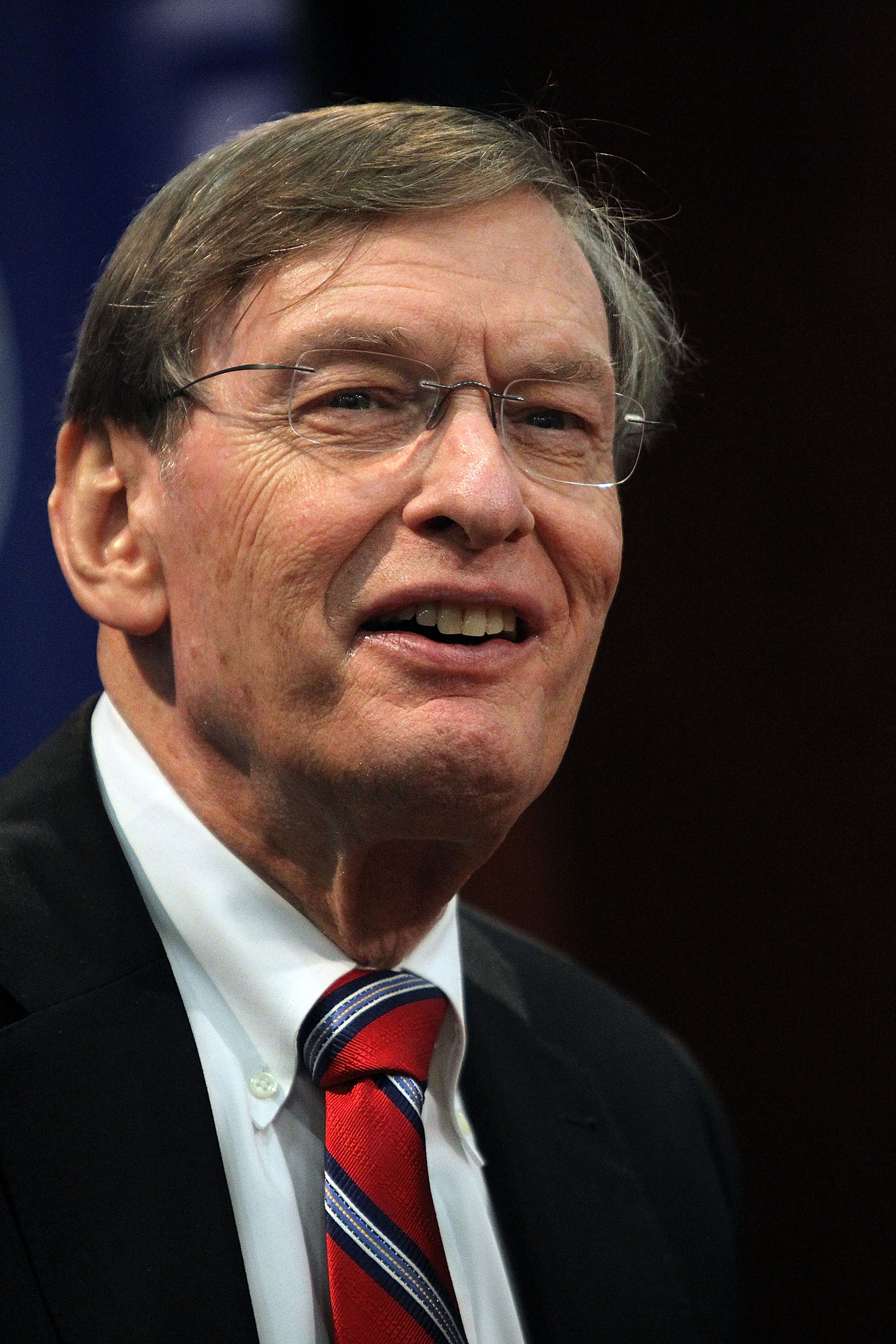 The MLB became the first professional sports league to miss its entire postseason over a work stoppage.

Instead, the new agreement instituted revenue sharing and a luxury tax.

The ramifications of the strike included missed revenue, as well as many players who had been having excellent seasons not being able to finish them. 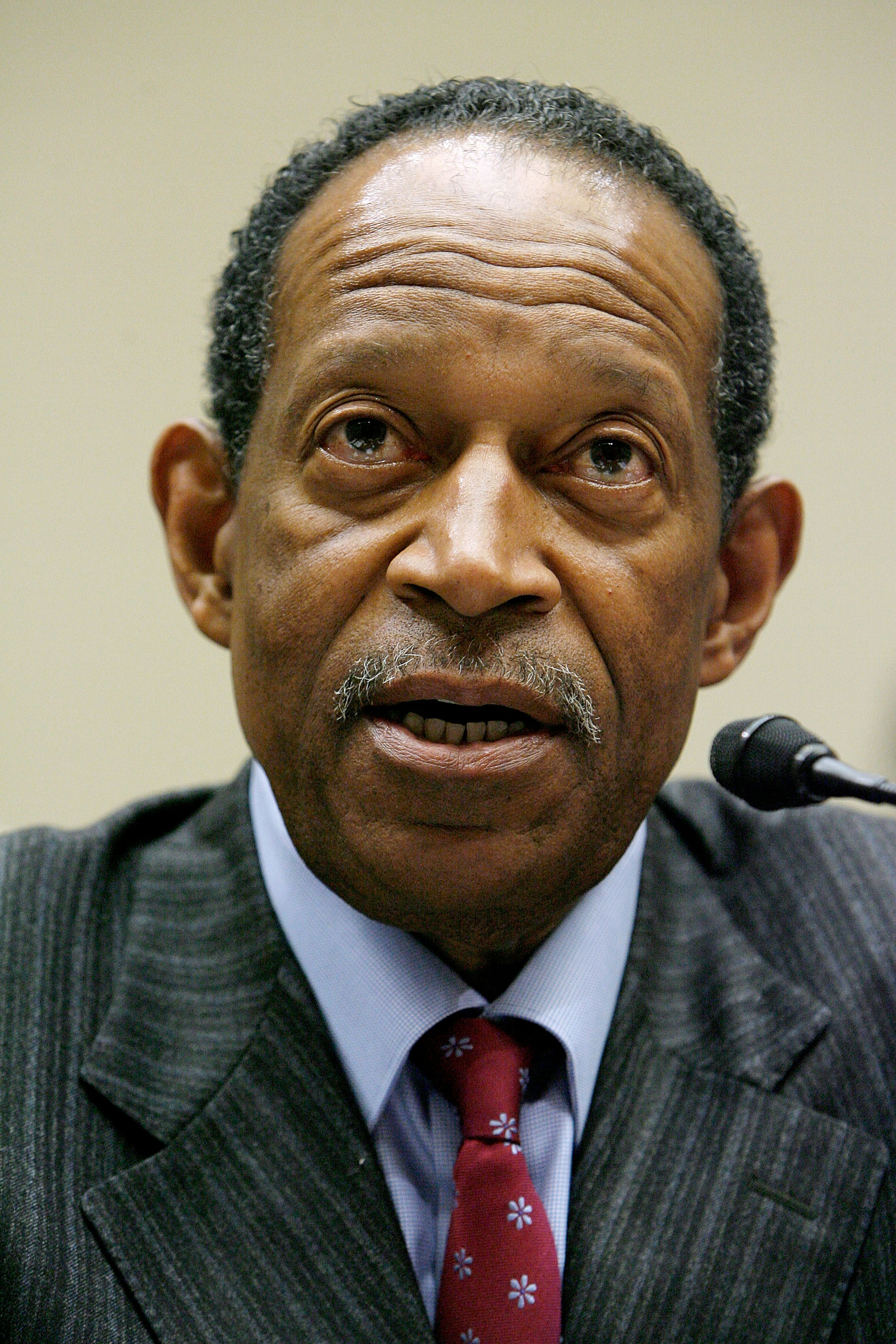 In 1982, the NFL had a strike that lasted almost two months. The NFL season was shortened from 16 games to nine.

The strike was caused because players were unhappy with their salaries in proportion to owners’ (owners had just signed a lucrative broadcast deal that they reaped all the benefits from).

The compromise ended with players getting retirement severance packages, five-figure bonuses and slight increases in pay. 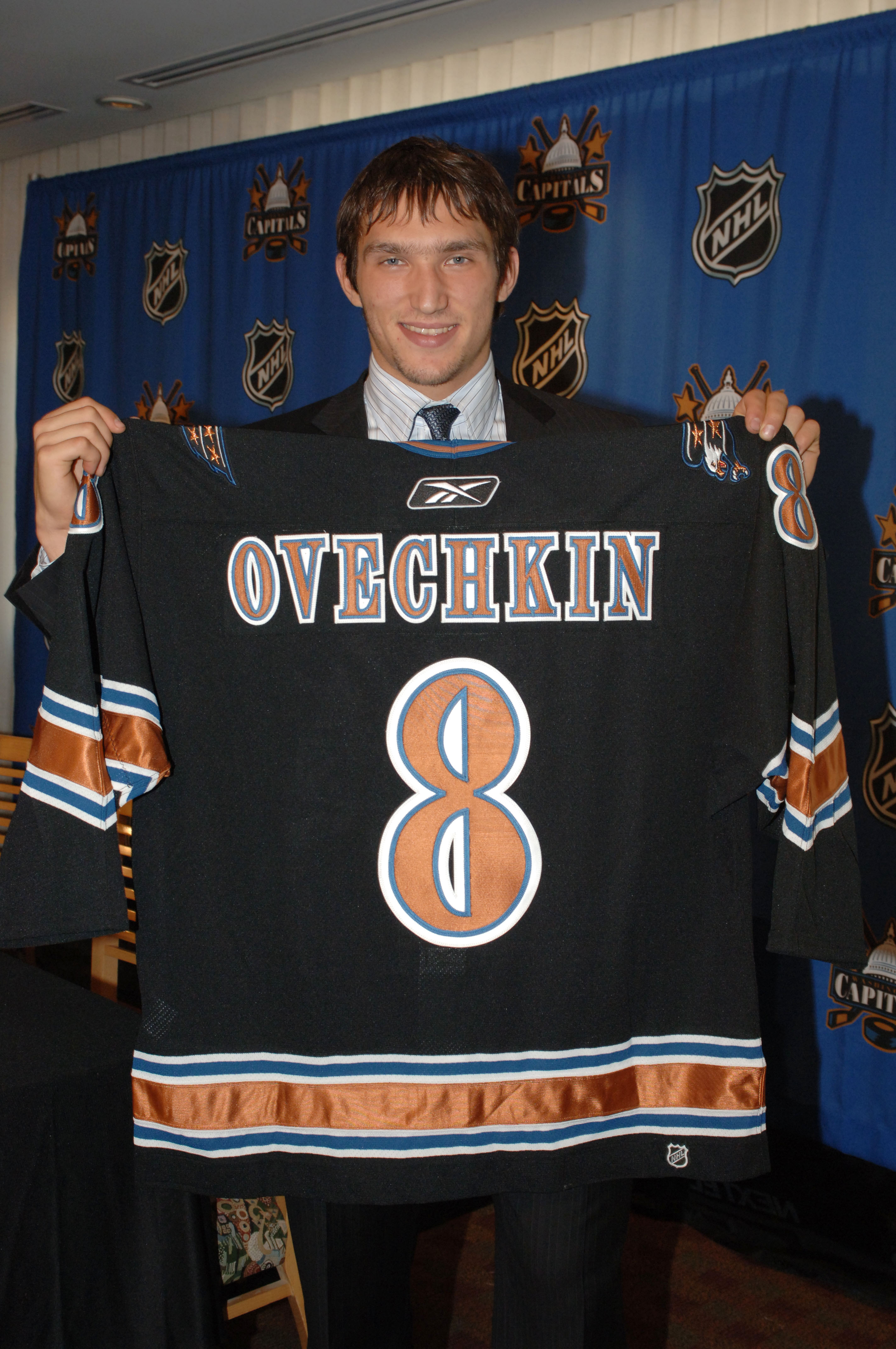 In 2004, the NHL had a full-season lockout, the most recent work stoppage in pro sports history. It was the first time an entire season was cancelled over a labor dispute.

The ramifications of the lockout were significant for the NHL. The NHL was already one of the less popular sports in the U.S. and the work stoppage did not help matters.

In hopes of generating and regaining interest in the sport upon its return, the NHL instituted new ways to increase offensive play, as well as introducing the shootout after a five minute overtime period.

Some say that the effects of the lockout would have been worse if superstars Alex Ovechkin and Sidney Crosby did not enter the league following the lockout. It is difficult to measure the true effects. 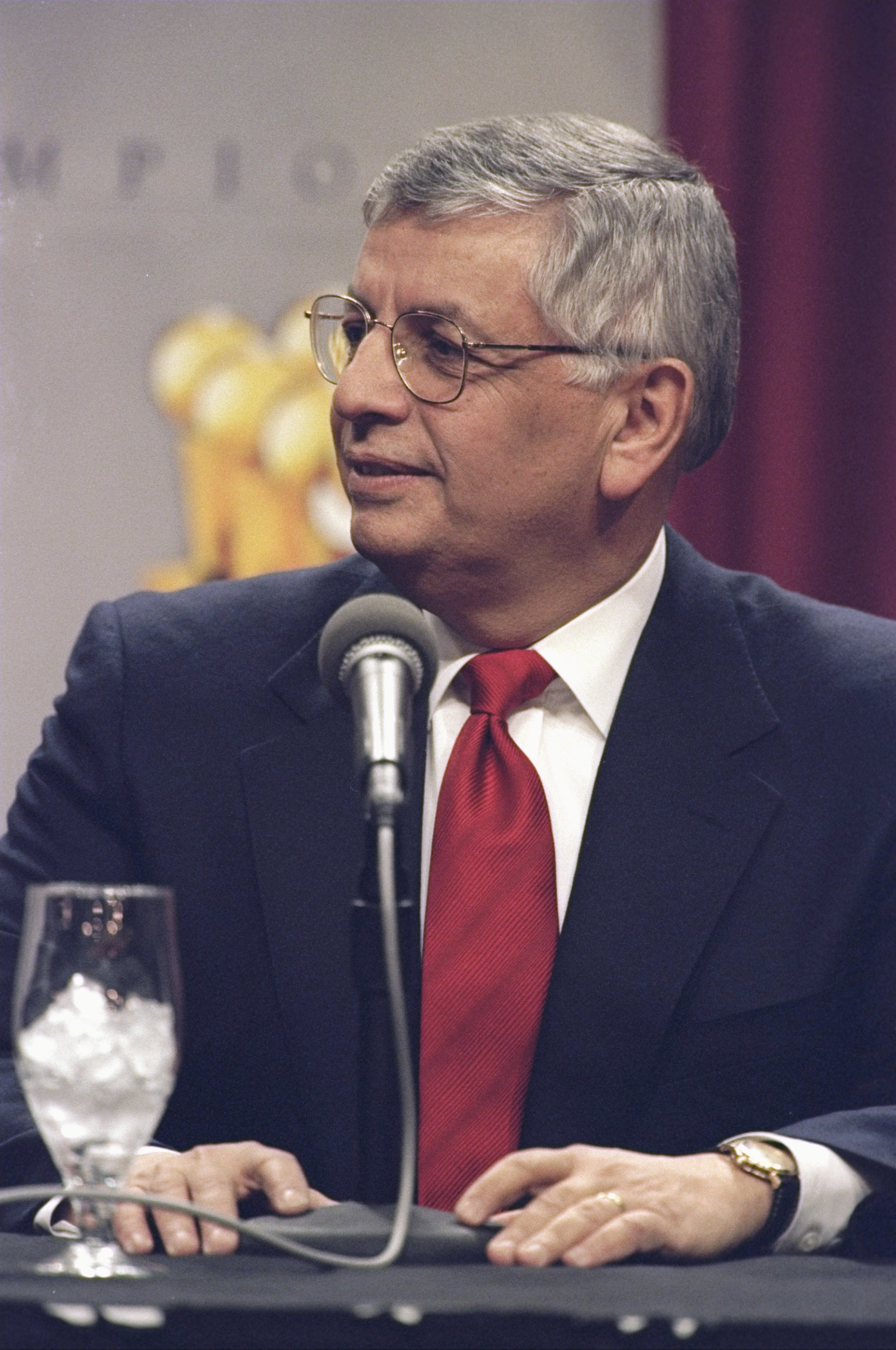 In 1998, the NBA owners locked out their players. The season was reduced from 82 games to 50 games per team.

The compromise included salaries capped at $9-14 million and a rookie pay scale was introduced.

The 1998 NBA lockout arguably had the worst ramifications, with fans’ interest waning considerably following the lockout. CBS News and The New York Times conducted a poll of how Americans felt about the lockout.

Most did not care; however 29 percent of Americans viewed the NBA more negatively following the lockout because they felt that both sides were too greedy.

In fact, many would argue that the repercussions of this lockout are still being seen with a reduced interest in the league.