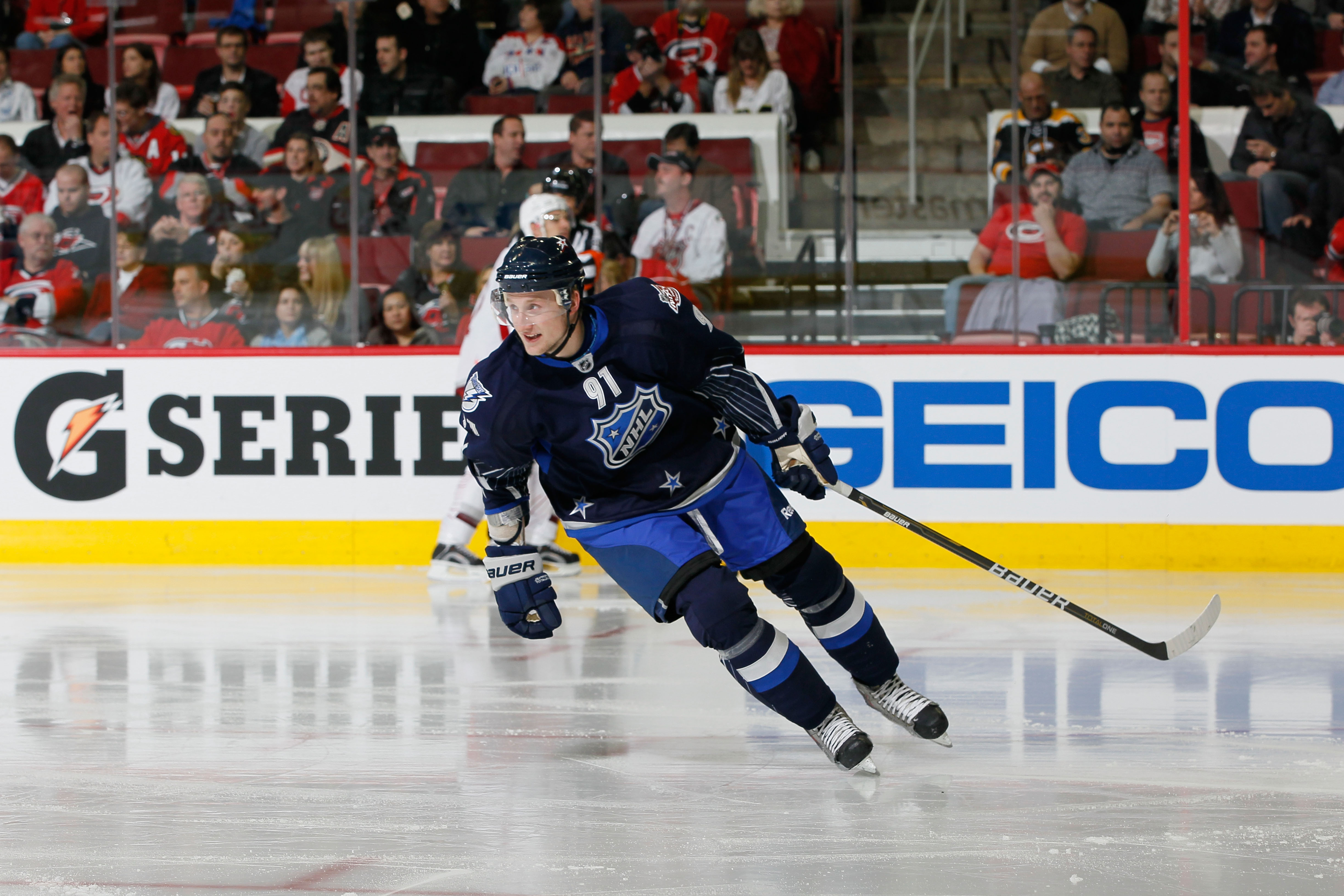 Now that the season is coming to a close and some teams have fewer than 20 games remaining, it's about time that rumors about who has proven to be the league's most valuable player start being discussed.

One name that is always thrown in the pool of promising candidates is Tampa Bay Lightning forward Steven Stamkos.

Is Stamkos deserving of this title?  In my opinion, absolutely yes he is, and here's a short list of reasons why. 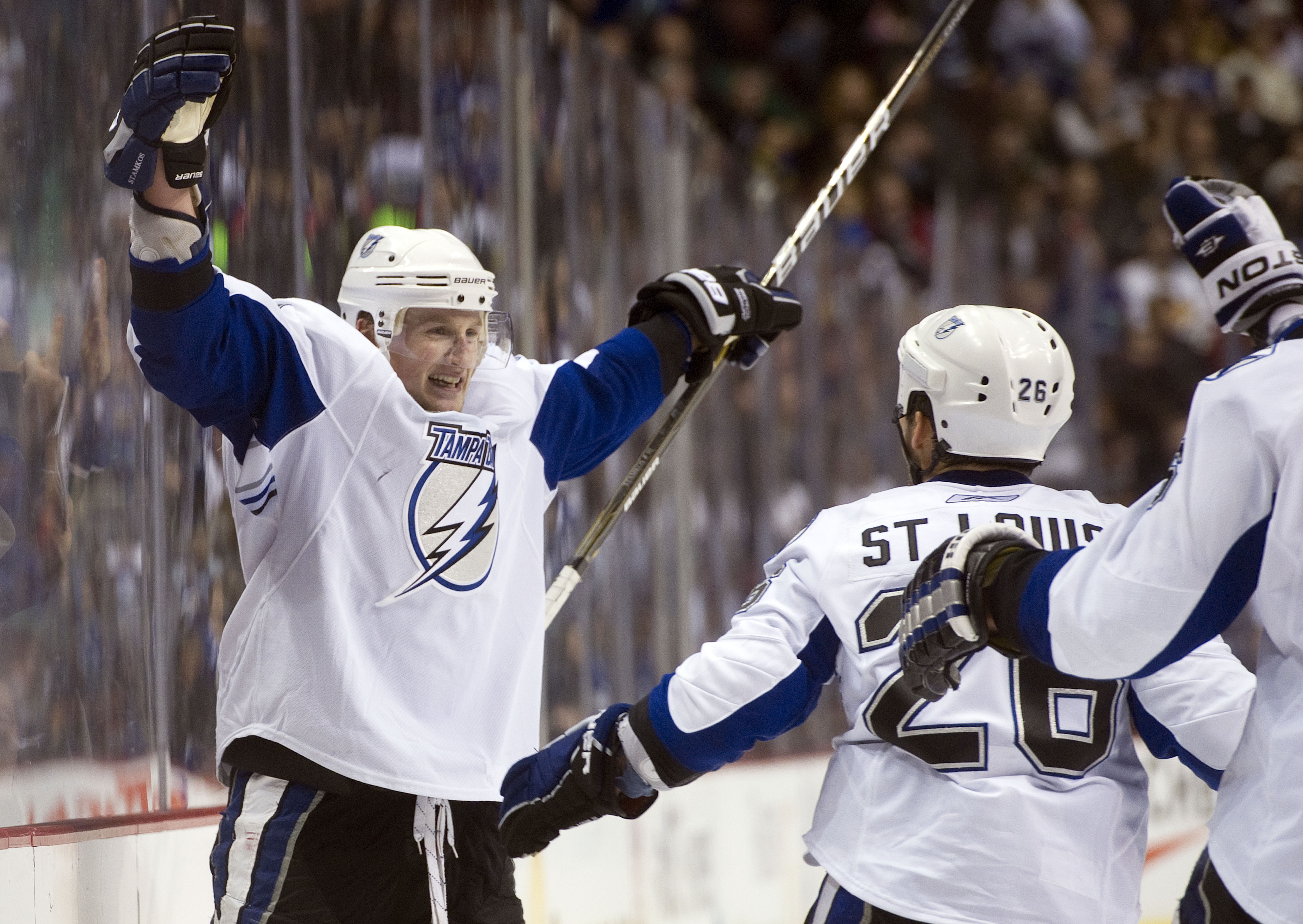 There are always certain teams that are standouts in each conference, and in the Eastern Conference, those classified as the elite typically include Pittsburgh, Washington, Boston, and Philadelphia, but this year ,Tampa Bay has broken into the top.

The Lightning are currently sitting on top of the Southeastern Division, beating out even the Washington Capitals.  One of the major forces that has driven Tampa Bay to the top is the successes of superstar forward, Steven Stamkos.

Stamkos has essentially carried the Lightning to their current position of third in the East with a 37-19-7 record.  The dynamic duo of Stamkos and Martin St. Louis (who is arguably another candidate for the Hart Trophy) has been an absolute dream for Tampa Bay, with both forwards tallying at least 75 points thus far.

Having Stamkos fueling the resurgence of the Lightning makes him a strong candidate because he is a standout in the league despite not having the depth offensively that some other teams have.  Some might make a case that someone in Vancouver, possibly one of the Sedin twins, deserves the title, but when there's as much depth offensively as the Canucks have, then a lot of the success could be attributed to the supporting cast and secondary scoring.

Steven Stamkos, on the other hand, is a clearly talented player and has propelled the Lightning to the top despite being relatively shallow in secondary scoring. 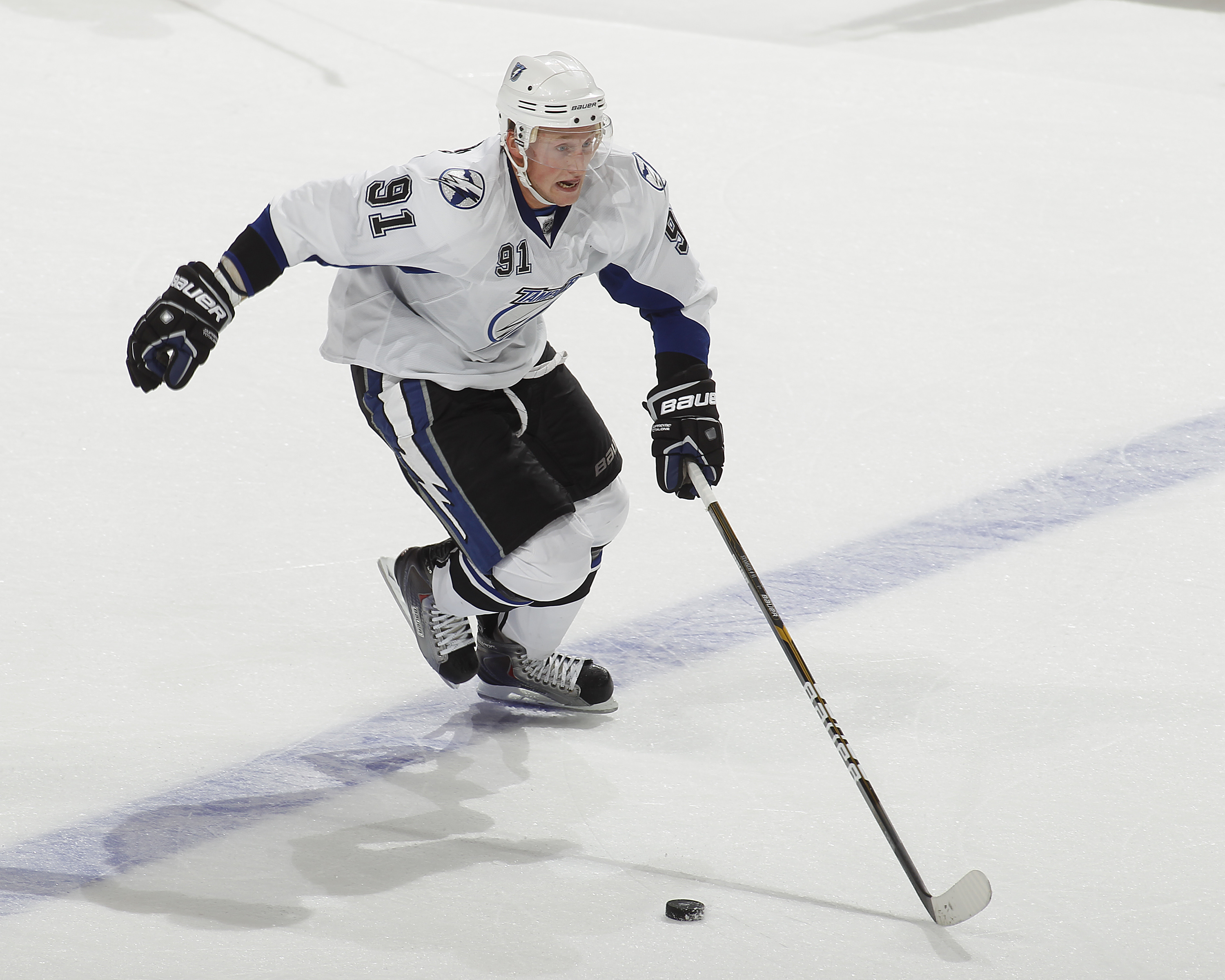 Sometimes a good majority of a story is told through numbers, and with Steven Stamkos, the statistics really tell a lot about how talented he really is.

Not only does Stamkos lead his team in goals, power play goals, game winning goals, points, plus/minus rating, shots and shot percentage, he is ranked toward the top of the NHL in several of these categories also.

Stamkos leads the league in goals (41), power play goals (16), second in points (78) and fourth in game winning goals (seven).  After a bit of number crunching, the star forward is seen to be on track for a 53-goal season and 102-points.

No one can deny that Stamkos is a lethal scorer, but on top of his reputation, there is also little debate as to his consistency.  The Lightning forward is one of the most consistent players in the league, but we'll get a bit more into that later. 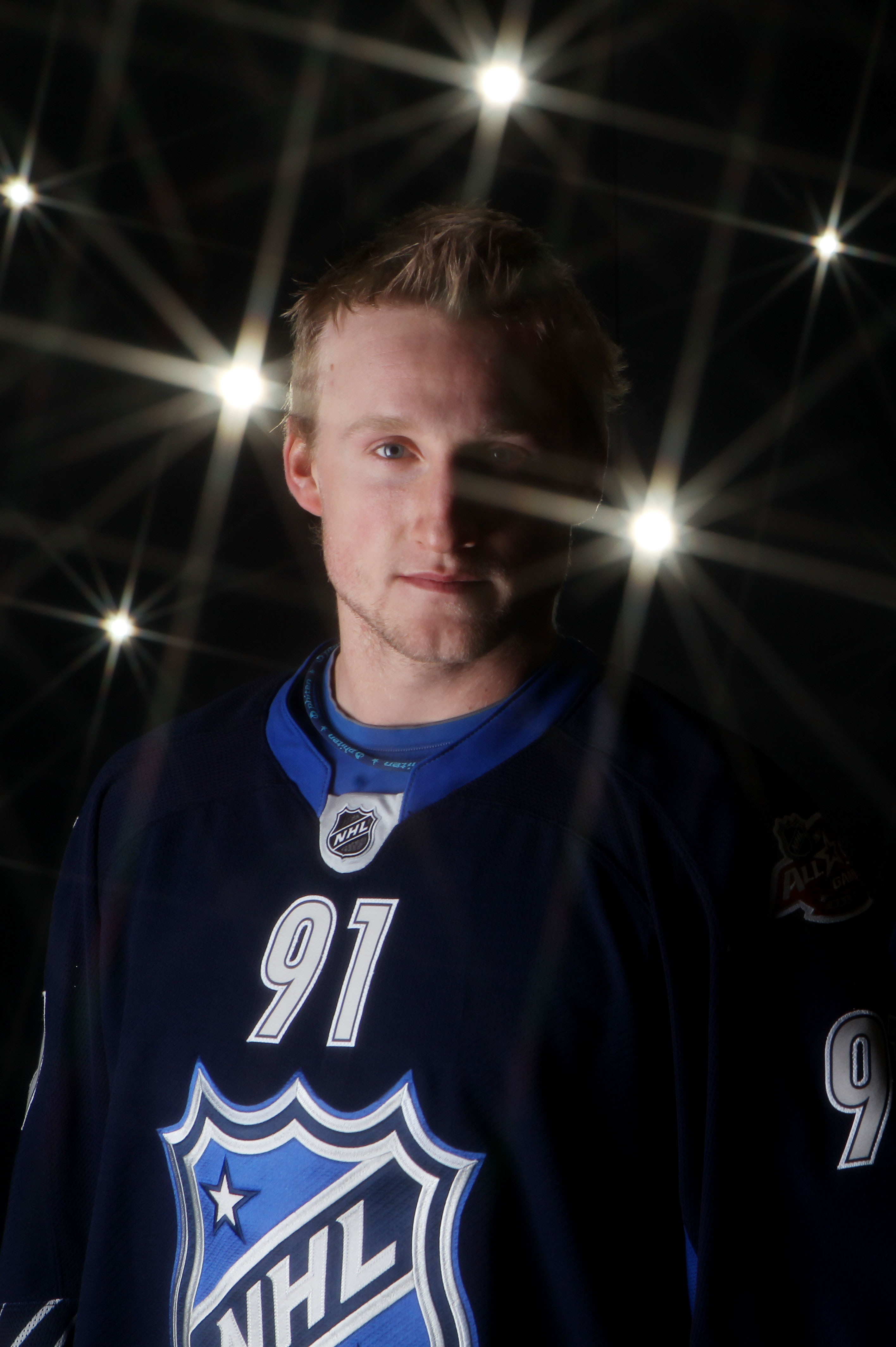 When it comes to the NHL Awards, including the Hart Trophy, the end result really is effected by popularity and reputation, two things that have improved a ton for Stamkos this year.  Improvements that were, at least in my opinion, advanced even further thanks to the NHL All-Star Game.

With the new format the that All-Star Weekend took this year, there was even more publicity surrounding the All-Stars, and with that came some more respect and familiarity.

Stamkos was chosen second in the draft, and his contributions throughout the weekend did not go unnoticed.  Stamkos and St. Louis were partnered together and, as always, found ways to really spark an exciting game.

That weekend really made Steven Stamkos into a familiar name for those who didn't know it already, and because of that familiarity and publicity, Stamkos has a strong case for the Hart Trophy and the League's MVP. 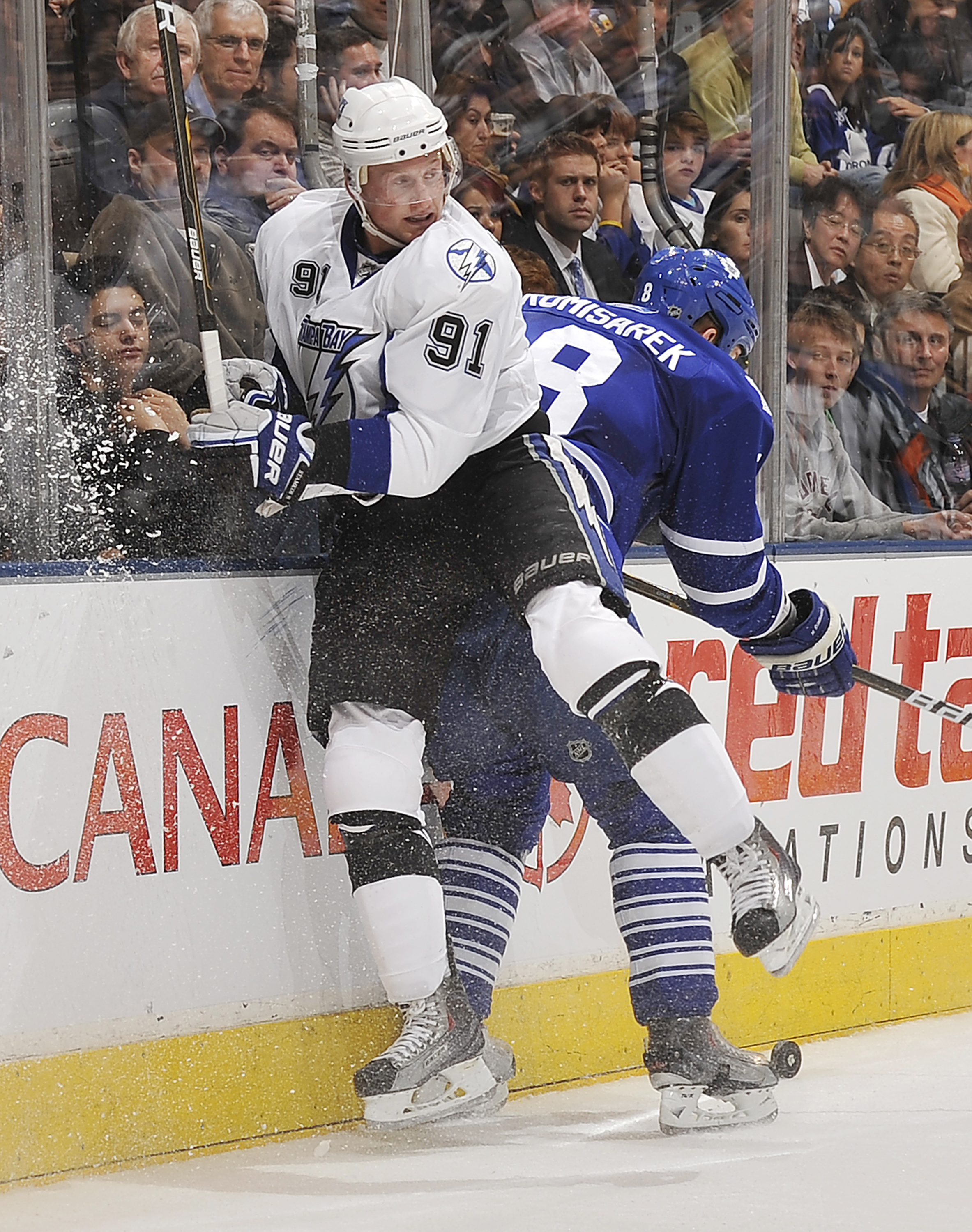 So often, the winner of the Hart Trophy is a uni-dimensional player, a one-trick pony, who just has the sweet hands and can score goals.  Steven Stamkos is so much more than just a goal-scoring machine.

Along with his impressive point totals, Stamkos has also tallied 62 penalty minutes this season.  This statistic has shown that not only can Steven Stamkos helped his team by scoring so many goals, but on top of the offensive production, he is willing to sacrifice for his team.

Because Stamkos has penalty minutes, he is clearly more well-rounded than some of the other forwards who tend to just succeed by scoring goals.

Stamkos succeeds not only in the scoring aspect of the game but also in the aggression and the teamwork aspect.  Even though he has some of the sweetest hands in the league, he still knows how to play the game of hockey in every possible definition.

Reason 5: Crosby and Ovechkin Have Stepped Aside 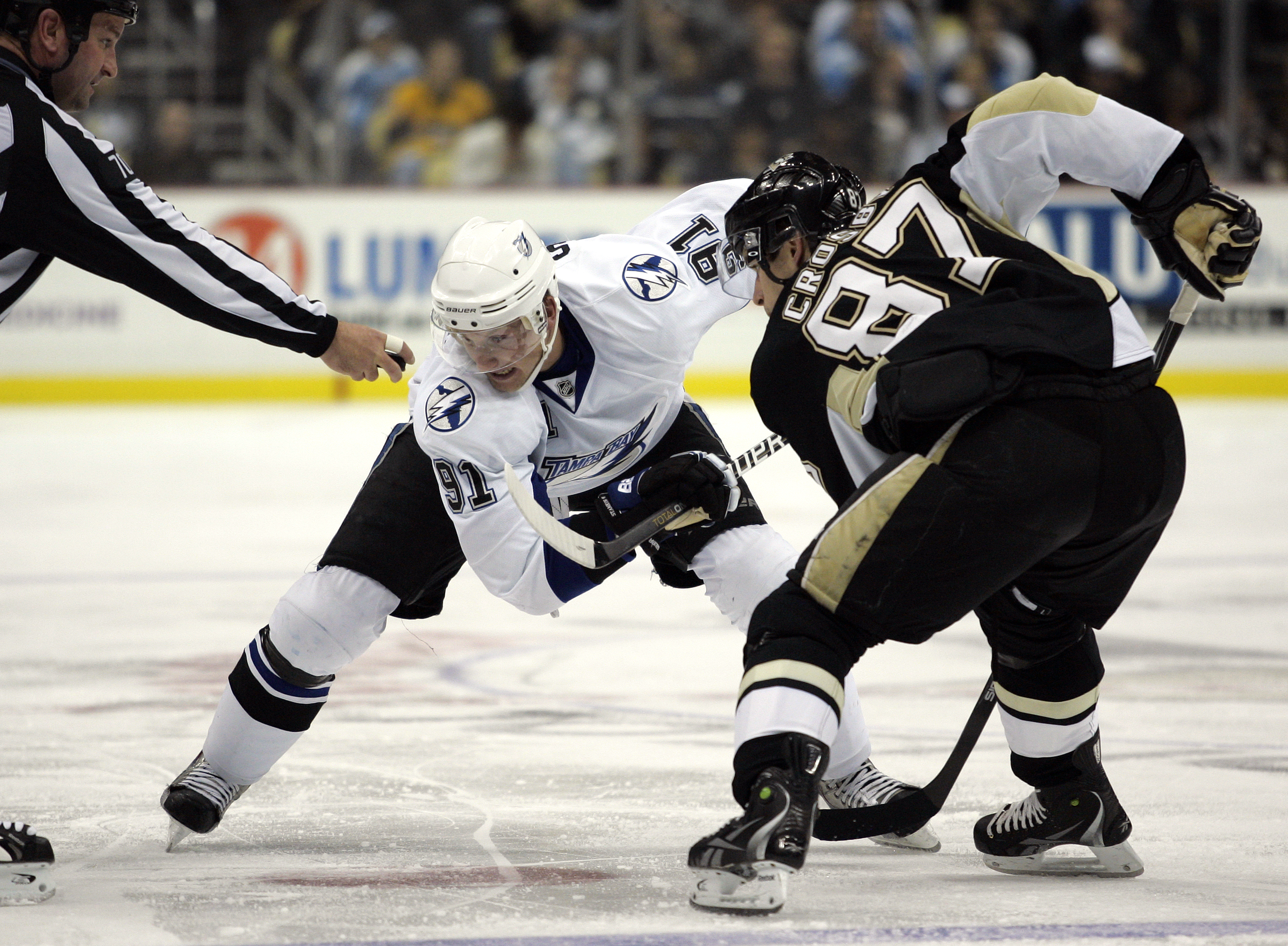 The fifth and final reason why I think Stamkos is a solid candidate for the title of the League's MVP is because the other strong candidates, Sidney Crosby and Alexander Ovechkin, have been taken out of the discussions for now.

Since the poster boy of the NHL, Crosby, has been out of the lineup for the Penguins for almost two months now, other talented players have been able to steal some of the spotlight that Crosby usually holds onto.

Alexander Ovechkin, has been having a lackluster year, sharing the spotlight with the lesser-known names in the league.  Outside of Crosby and Ovechkin, there are stars such as Stamkos, St. Louis, Iginla or Richards to start stealing the focus and attention of the league.

Since Stamkos has been able to steal some looks away from the lackluster Ovie and the injured Crosby, it really has moved him into the center of debate as a front runner for MVP of the league.