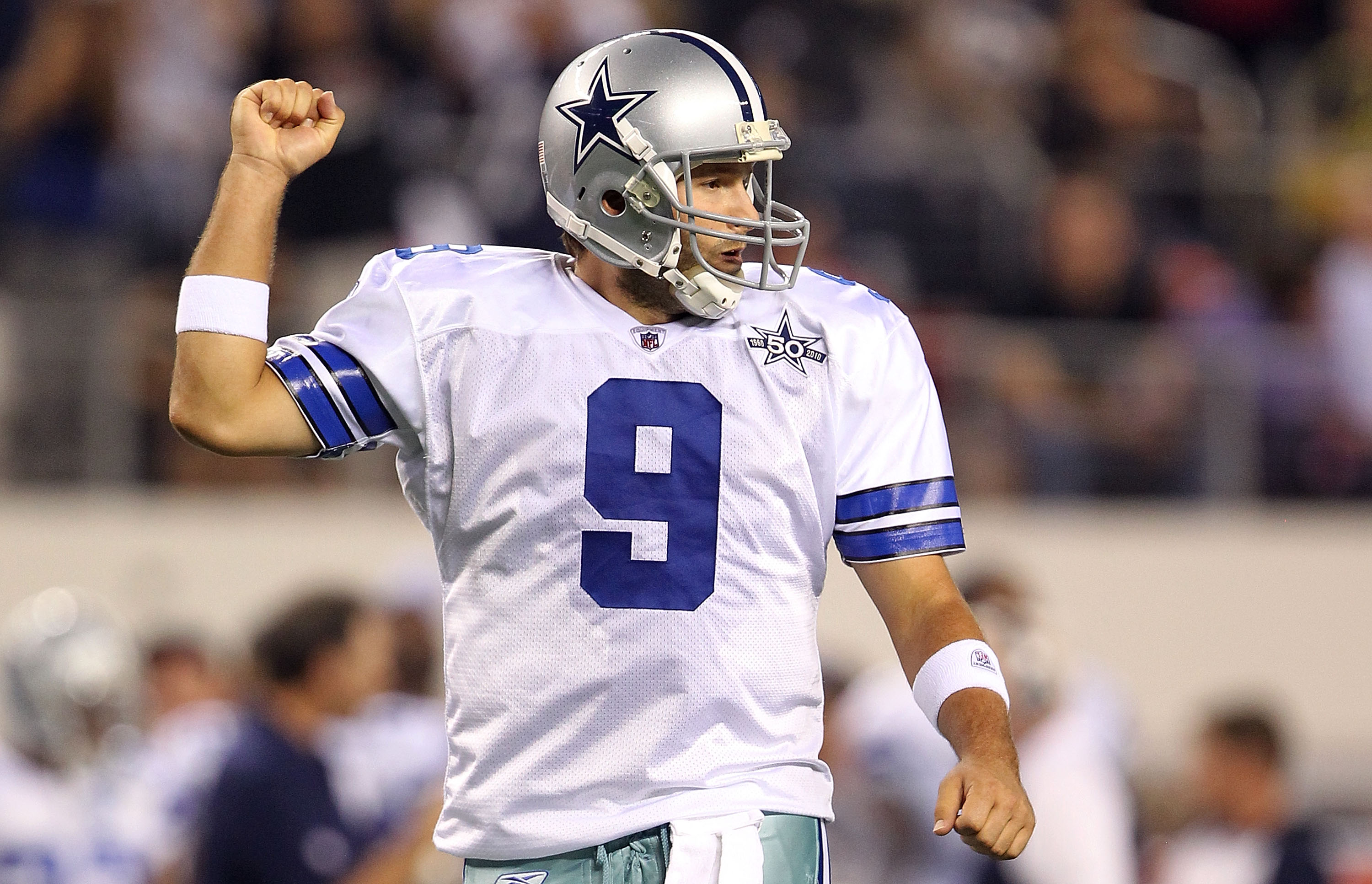 Good, you made it past the headline.

That means your head didn't explode.

Going on three years now I've picked these two teams to make it to the Super Bowl, and needless to say, they've let me down tremendously.

Well I've got a good feeling about this coming season, and I see no reason to not choose them again.

They say insanity is doing the same thing over and over again and expecting a different result.

These are 10 reasons why this matchup is going down come February 2012, or I'll be changing my name and moving to Costa Rica. 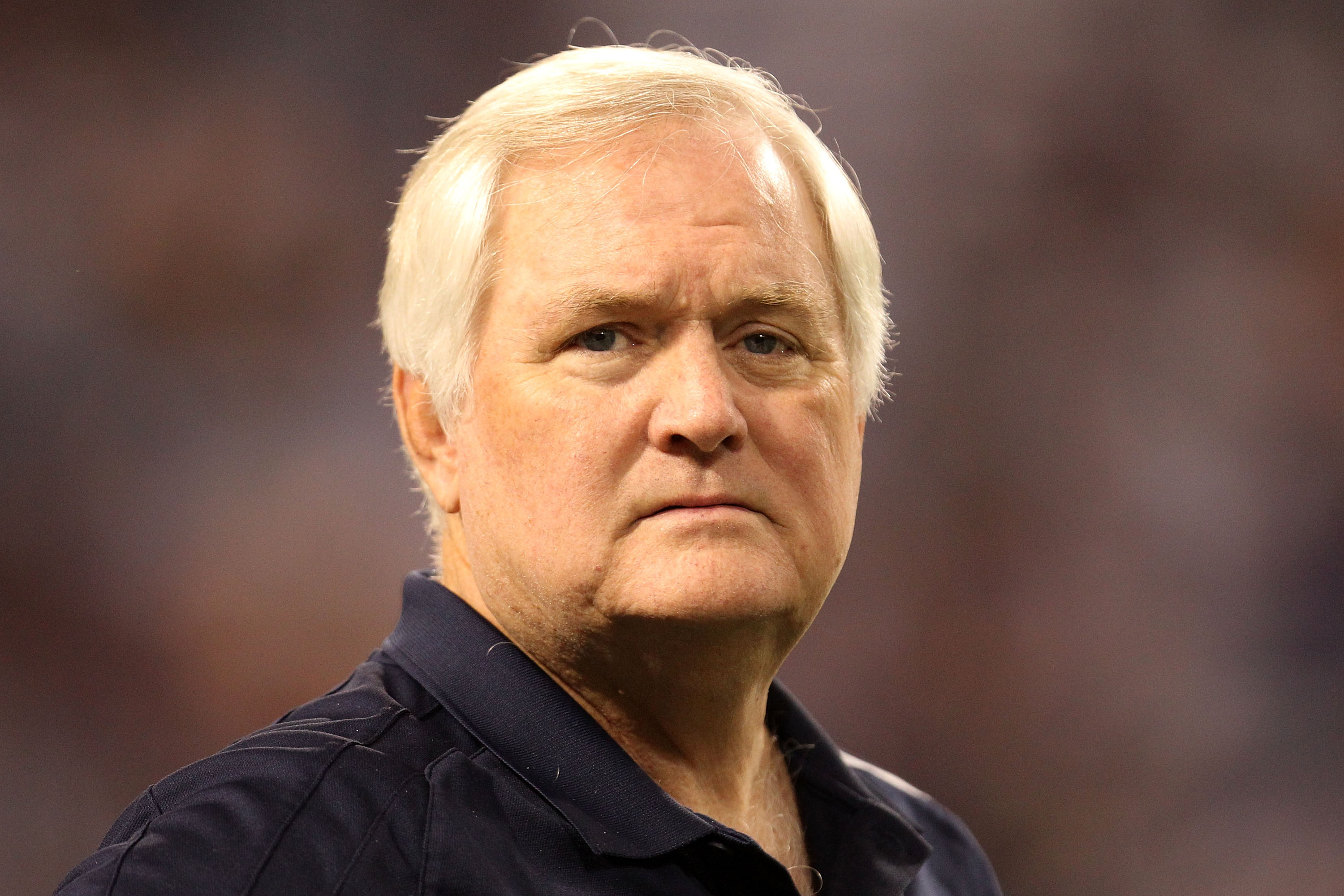 Let's face it—Wade Phillips is a dumb-dumb. If I ever saw that guy in person, I'd give him a wet willy and slap his jolly cheeks.

His face cheeks! Actually, what the hell, either will do.

He was far too lax to be a head coach, and his clear lack of control over his players was apparent from the get-go. Though at first, it certainly worked to their advantage.

Players rejoiced at the departure of Parcells. They felt he was too strict and didn't treat the players like men. Just imagine what they could do if a coach came along and let them off their leash.

Phillips did just that.

The Cowboys went 13-3 under Phillips in his first year as head coach, earning the No. 1 seed in the NFC going into the playoffs. Cowboys fans, such as myself, were ecstatic at the thought of seeing what could be many years of success.

It was more like year of success. Kind of—they did lose to the Giants after all.

In hindsight it made sense—Parcells and Phillips were on opposite ends of the spectrum. One was too strict, the other was a pushover. Keep in mind that in Parcells' first year, he took them to the playoffs too, followed by a couple years of mediocrity.

If there was just some kind of fusion dance to combine these two, like in Dragon Ball Z, then the Cowboys would have the perfect coach. I was personally hoping for Jon Gruden, but that's obviously out the window.

Therefore, it's my hope that Jason Garrett will bring the necessary amount of discipline to the Cowboys' locker room, because they certainly need it. 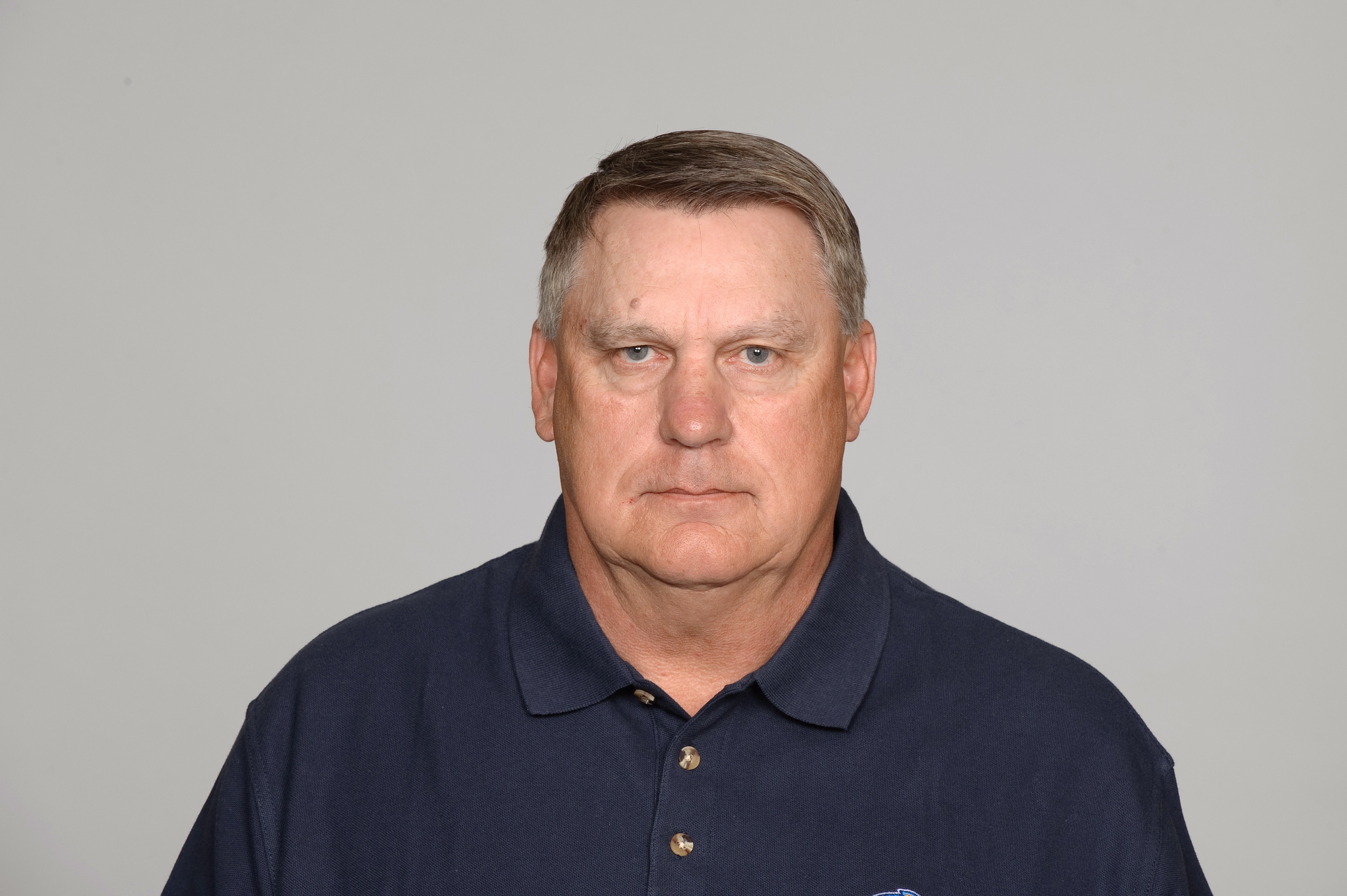 Seriously, it's not my faultNFL Photos/Getty Images

I can't even believe I'm saying this, but this is actually a big deal. Never have I seen a special teams unit single-handedly destroy a season for their team.

I know you can't blame it all on Crosby, but it's easier to fire one person than it is to fire an entire unit. Just do the math, you know?

There was even a Facebook page dedicated to getting him fired, and since I'm not one to resist mob mentality, I completely agree with them.

I know it seems trivial to say that a new coach can fix all of their problems, and it's quite possible that it may not, but sometimes having a new leader around can make all of the difference. It erases the past and provides a clean slate, something they surely need.

And seriously, can you really expect their special teams to be that bad again next year? 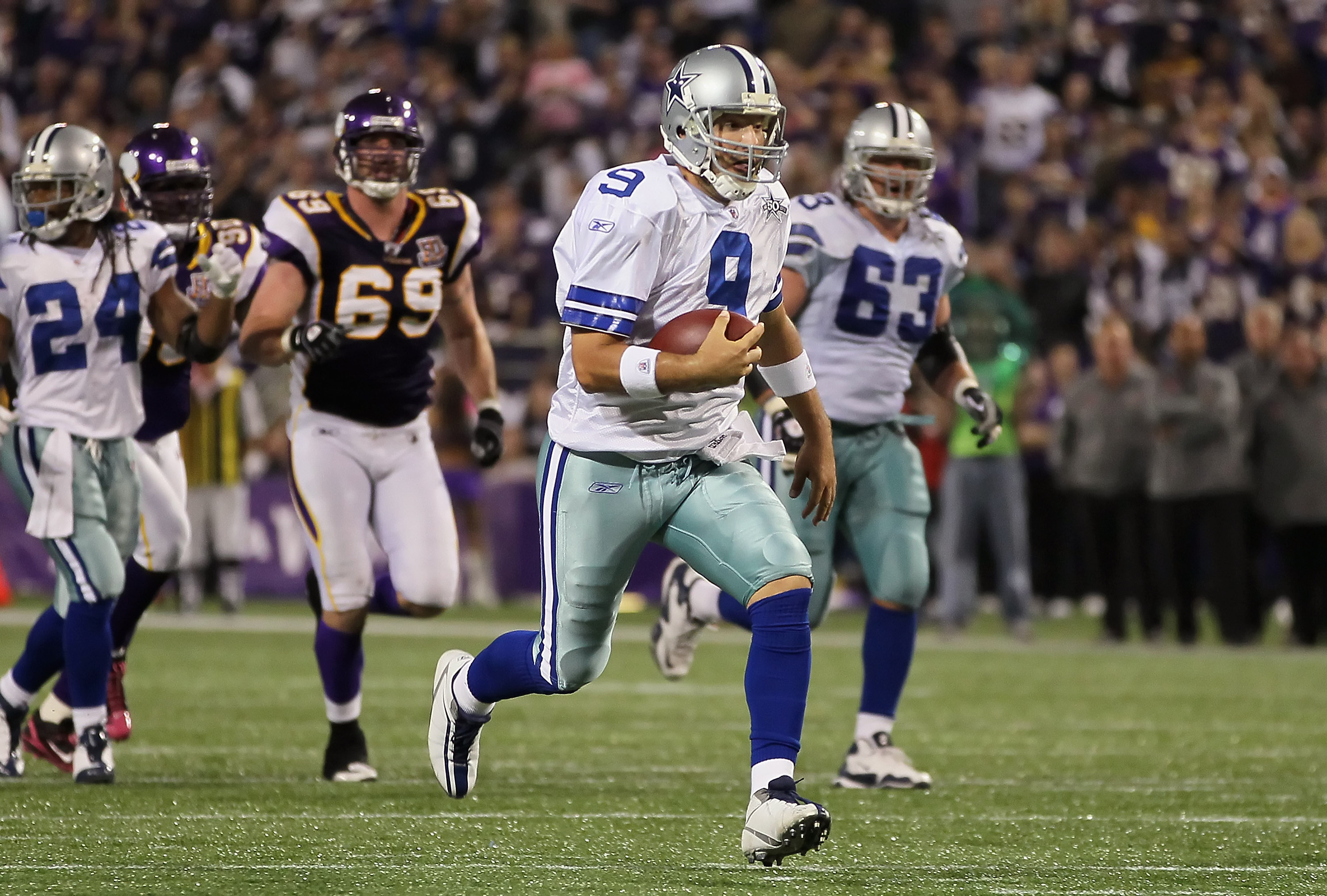 It's always fun defending Romo, and it should be no different this time around.

I won't go so far as to say that he's an elite quarterback, because he's not, but he certainly has the skill set to get the Cowboys at least one Super Bowl appearance.

Lesser QB's have done so, damnit; I'm lookin' at you Rex Grossman.

A lot of people don't like Romo. I know Emmitt Smith isn't a fan. They say he's not a leader, he's too erratic and he can't win the big games.

I want to avoid all those facts and just focus on his numbers, because when you look at them, they're nothing to sneeze at. For argument's sake, I'm including them with Aaron Rodgers' numbers because I hear people are fond of him.

I'm aware of what you're all looking at—the INT.

It's a problem, definitely, but that's the thing about Super Bowl seasons. Quarterbacks typically play some of their best football those years, so I'm hoping Romo cuts back on throwing to the other team. 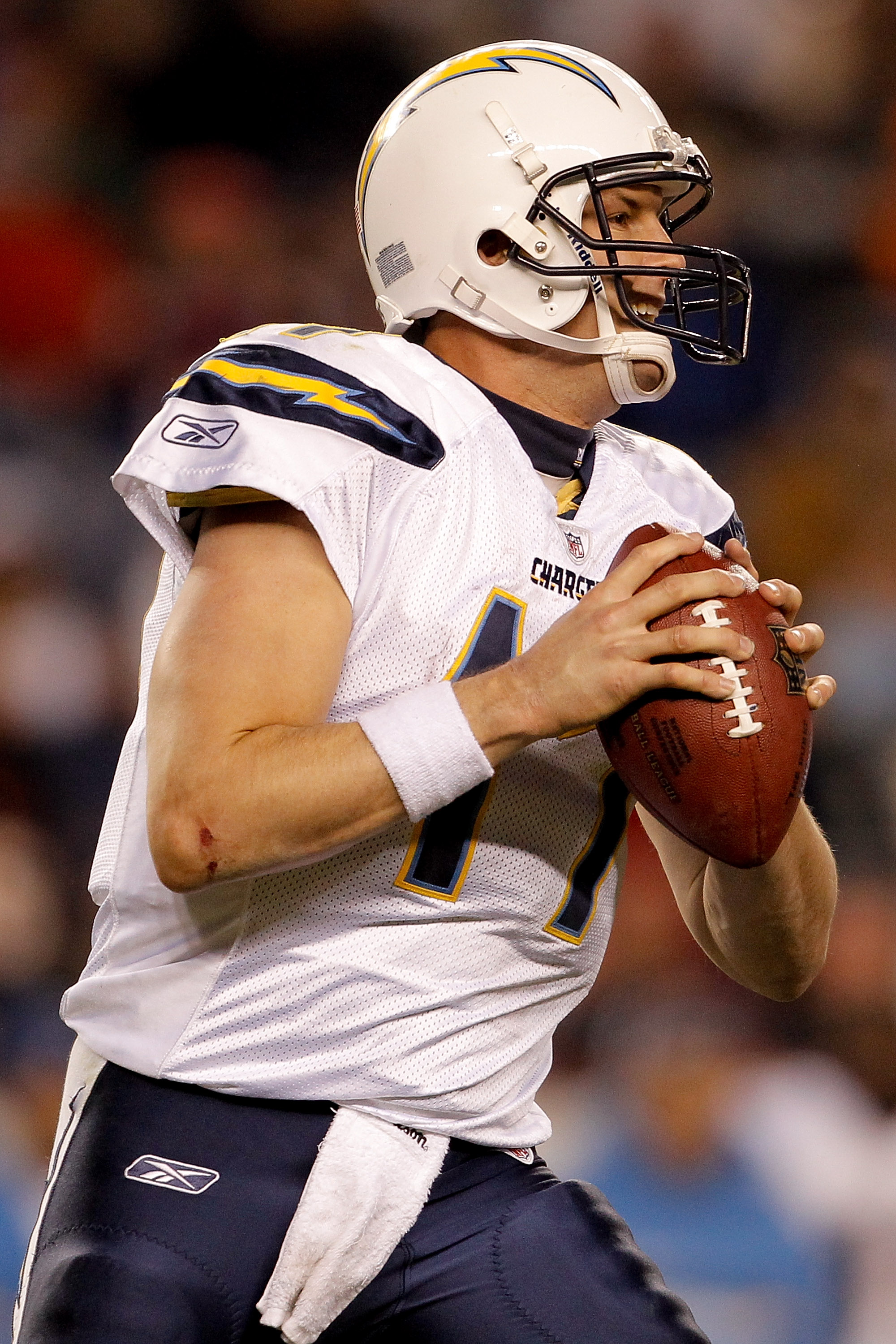 Philip Rivers really only has one thing left to prove—that he can get to a Super Bowl.

The guy has shown year after year that he can put up pretty numbers, and it really doesn't matter who's out there catching the football—he'll get it to them.

The problem, I've found, isn't so much with him, but with the rest of his team. They just can't all seem to click during the same season. If it's not one thing, it's another. Last year, as mentioned in slide two, it was their special teams.

How disappointing does that have to be when you put up his numbers?! I'd probably go on a hunger strike if my specials teams did that to me, or at least crap in someone's shoe (probably the punter's). At the very least I'm eating someone's lunch when their name is clearly on it.

Speaking of numbers, let's take a look. Once again, I'm putting them with Rodgers' numbers. Here are their past three seasons:

I know, two more INT, but when you throw for 600 more yards, that might happen. Rivers is a stud, and it's hard for me to believe that he won't find his way to Super Bowl Sunday (as a participant, of course).

5. We Got Ourselves a Ryan! 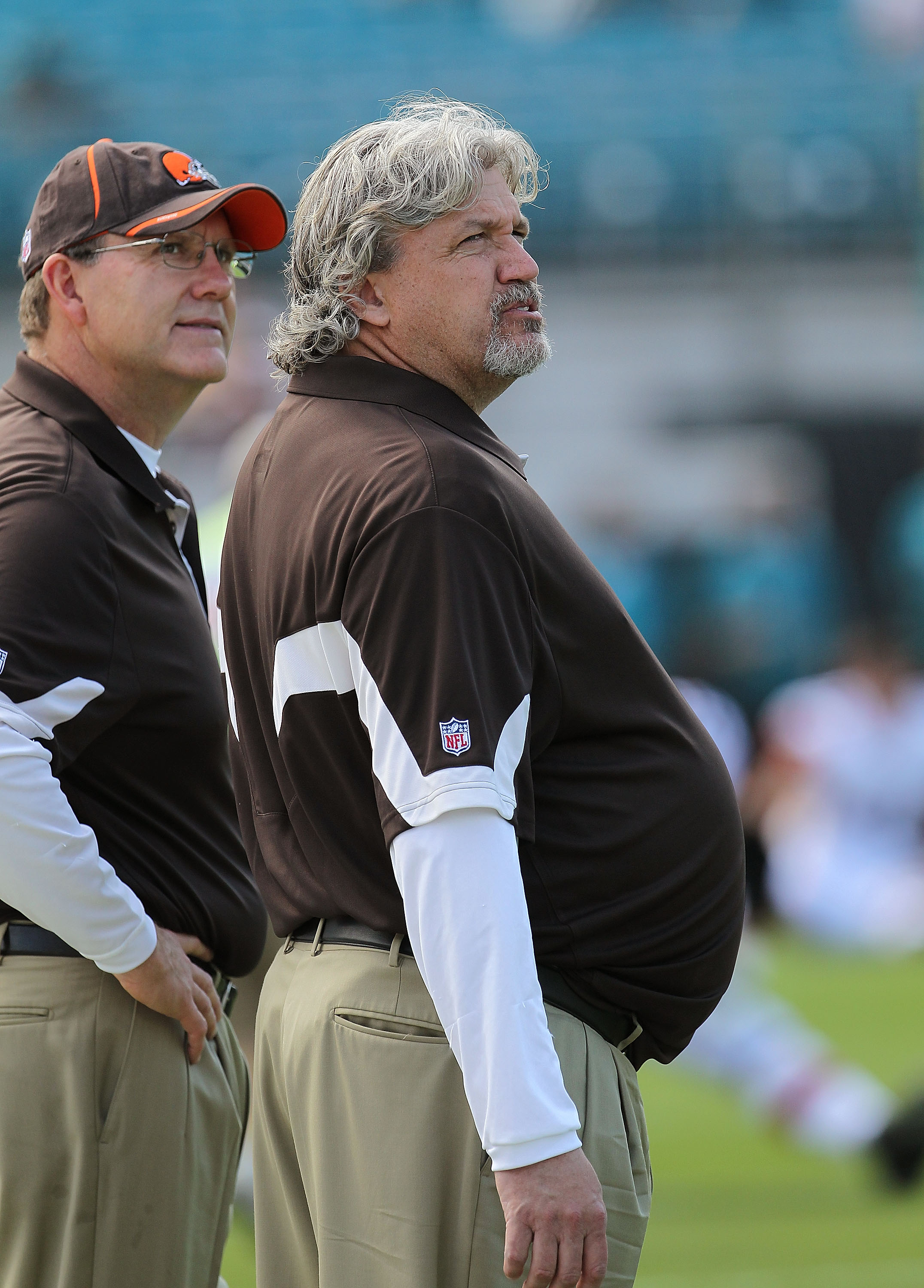 If there's one thing the Cowboys' defense needs, it's swagger.

Here's the thing about the current Cowboys team: They think that just because they have that star on their helmet, it means they're entitled. The problem is that nobody else cares that they're the Cowboys. They haven't really done anything worth noticing in about 10 years.

I know this all too well.

As was alluded to in the first slide, this team needs to be slapped around some at times, but not too much or they'll shut down. Rob Ryan can bring balance to the defense, hold players accountable and utilize the beast-like talent of DeMarcus Ware.

His resume speaks for itself, and I find it hard to believe that this defense underachieves next year. I'll tell you one thing, if they do, all hope is lost.

If a Ryan can't instill toughness within this team, then no one can.

6. The Chargers' Defense Is Coming Off a Solid Year 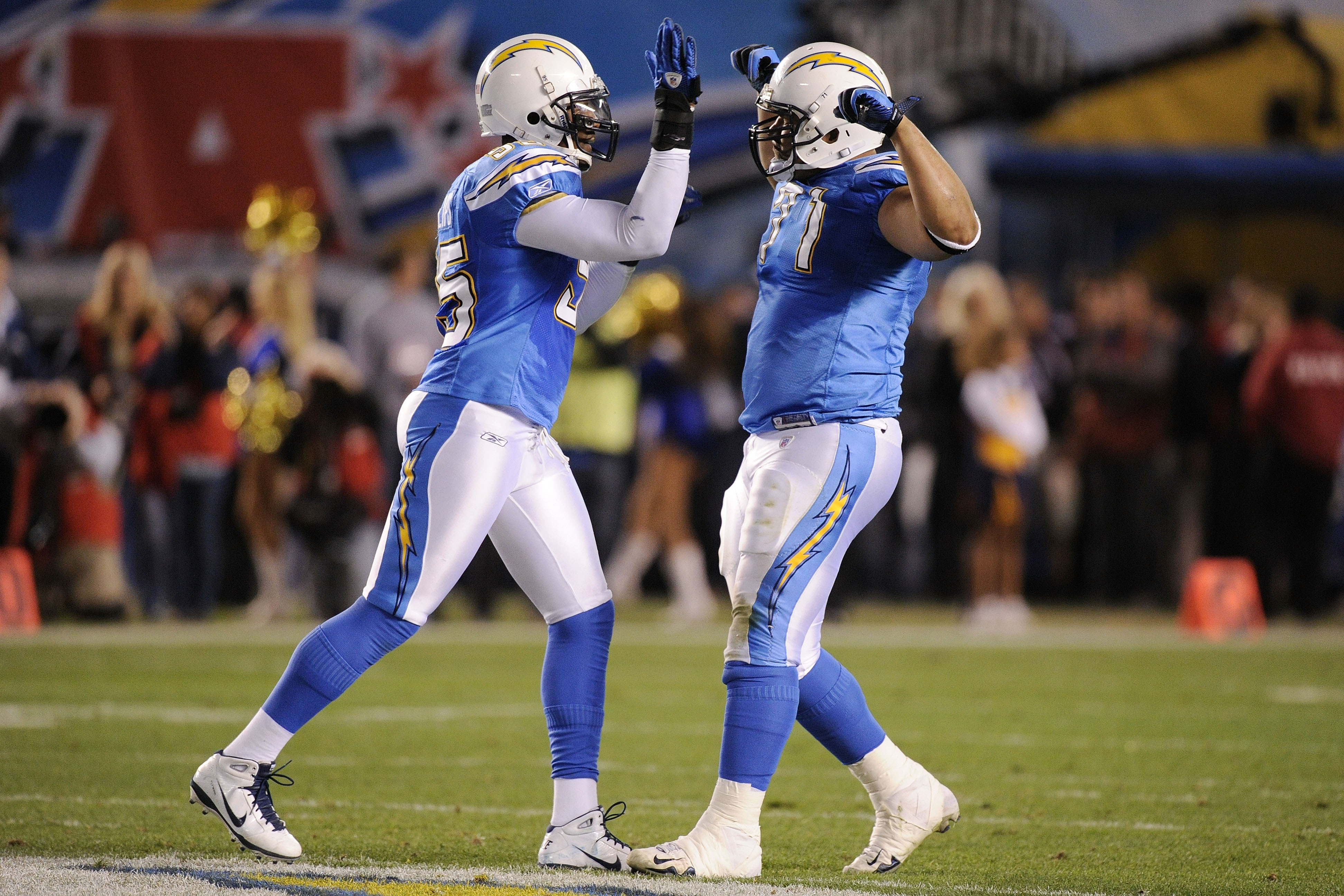 I hear the Chargers defense was pretty good last year.

As I said, pretty good.

Go right on ahead Rivers, grab the punter's shoe. You know you want to.

I know they're not typically known as the best defensive team, as that label is reserved for the Steelers and Ravens, but they're solid nevertheless.

The fact of the matter is, they really don't need to put up those numbers if Rivers and the offense are doing their part—which they surely will—and the special teams decides they feel like earning their paychecks.

This team likes to play up and down to their opponents, so if they can buckle down and play consistently, it should be enough to earn this team a top seed in the playoffs.

That might be too much to ask though given their poor starts...

7. Just Look at the Schedule 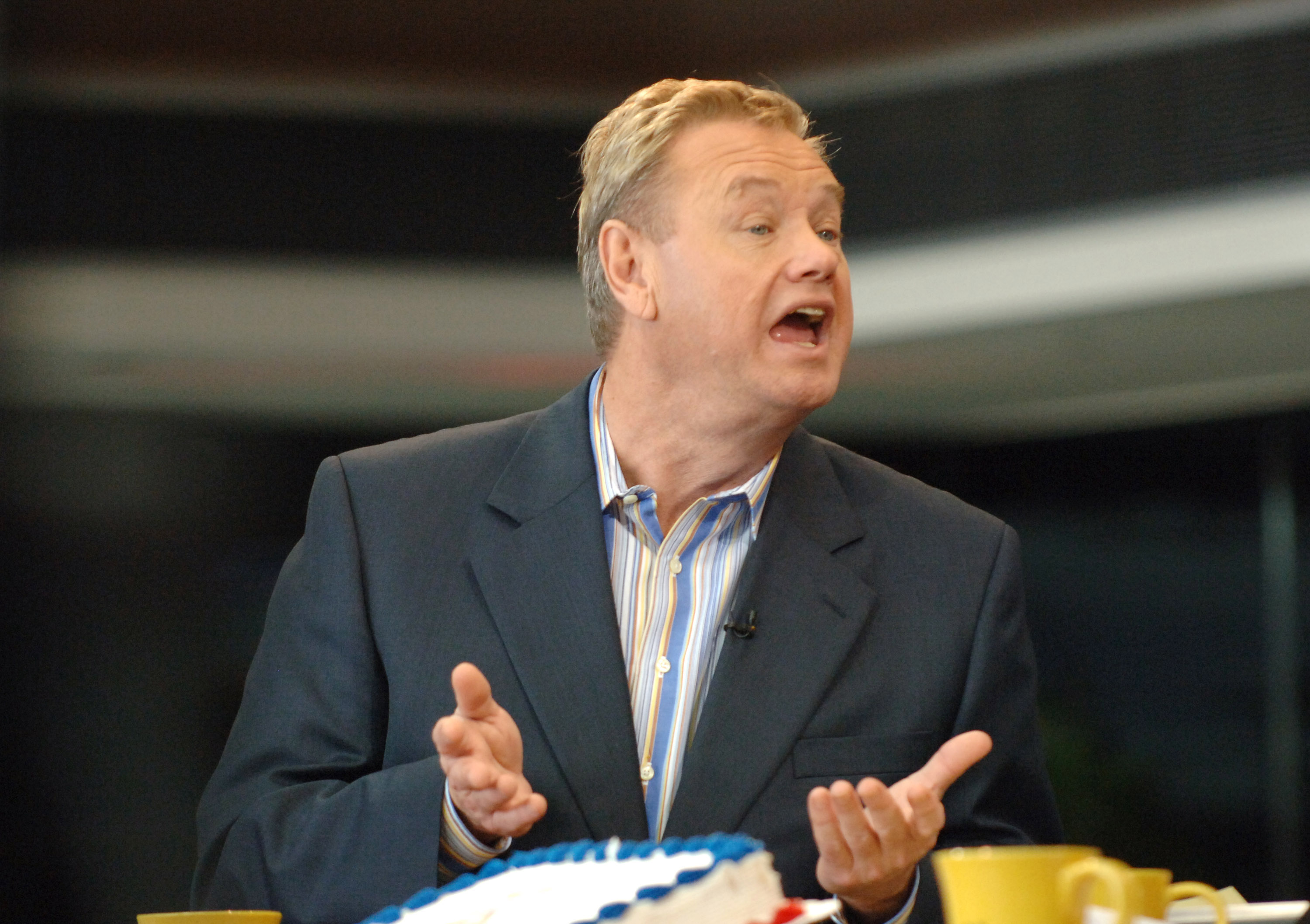 "Look at the schedule!"A. Messerschmidt/Getty Images

It's time to get Woody Paige on y'all.

The Cowboys, unfortunately, are in a tough division, so obviously they're already at a disadvantage. Even so, you can expect them to win a few of those divisional games. It happens every year, whether they suck or not. So let's take a look at some of their easier  opponents:

These are all winnable games. Of course, this is the Cowboys we're talking about here, so they're also very losable games too. But if you had to choose, this a good lineup to be facing.

As for the Chargers, they typically start out slow, and since the schedule isn't solidified yet, I can't exactly speculate as to whether or not that'll change. Fortunately, they play in a worse division.

I know, you're saying, "But the Bears were just in the NFC Championship game!"

Well I hate Jay Cutler, and I think they overachieved greatly last year.  And the Vikings are now in a transitional period following the loss of that other dude I hate, Brett Favre (I didn't always hate him. I just didn't care for how he handled his last few years. Now I hate him. And those damn pictures.).

The schedules look as promising as they're going to get next year. 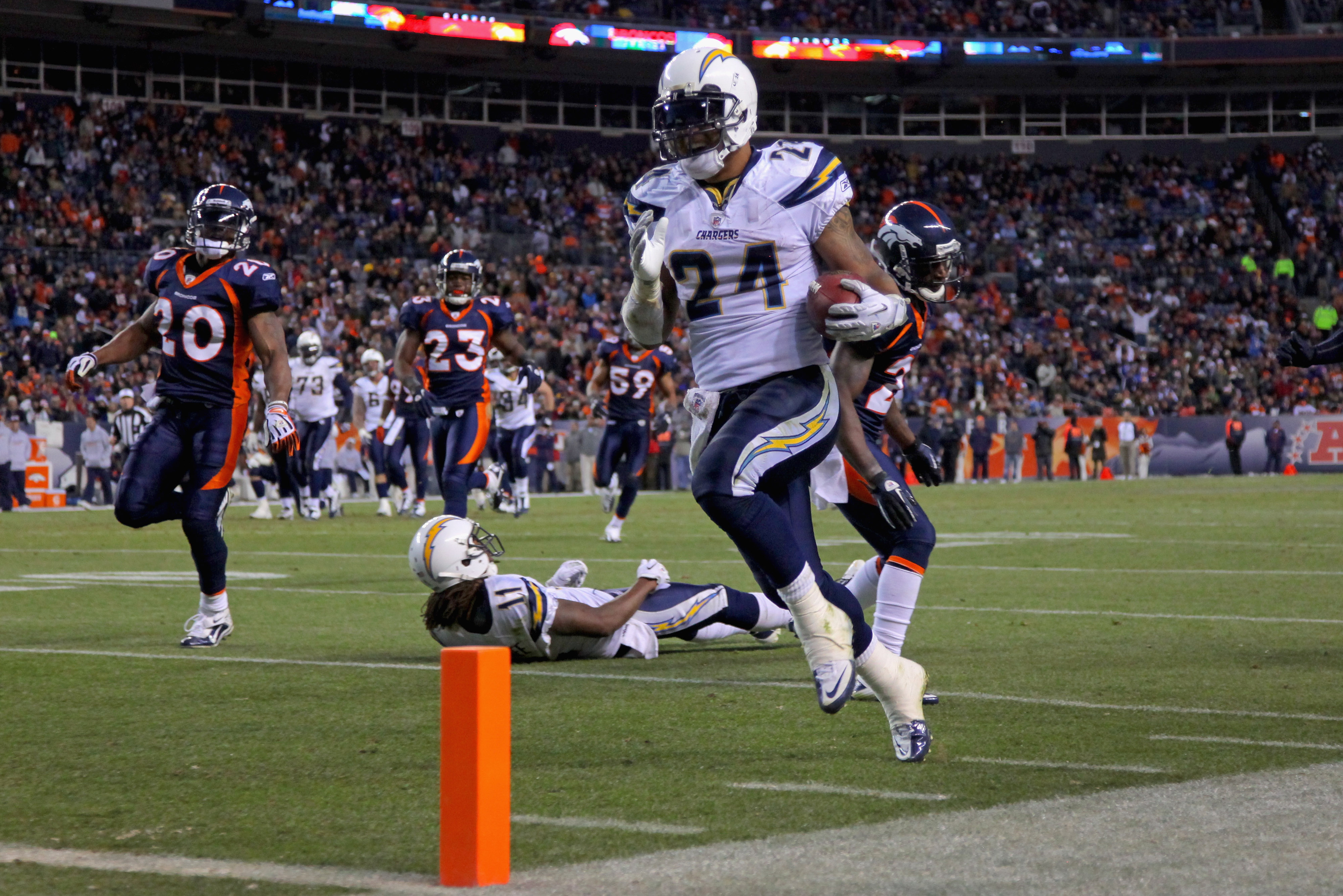 Unfortunately, he was hurt quite a bit.

I grew up next to Fresno State where Mathews went to college and have a bit of home pride invested in this one, even though I hate the area and wasn't actually born in Fresno. But hey, people said LeBron betrayed Cleveland even though he was born in Akron.

Mathews is one hell of a talent, and if healthy, could prove to be the integral piece they expected him to be. He's an angry runner (a behavior common in Fresno) and showed flashes of brilliance last year.

I don't expect him to be the next LaDainian, but then again, he really doesn't have to be. Talents like Tomlinson don't come around very often, especially not ones that are so classy.

It's always a stretch assuming someone stays healthy, so this certainly is no guarantee, but if Mathews can stay on the field, the Chargers should be the complete team they expected to be last year.

Got my fingers crossed. 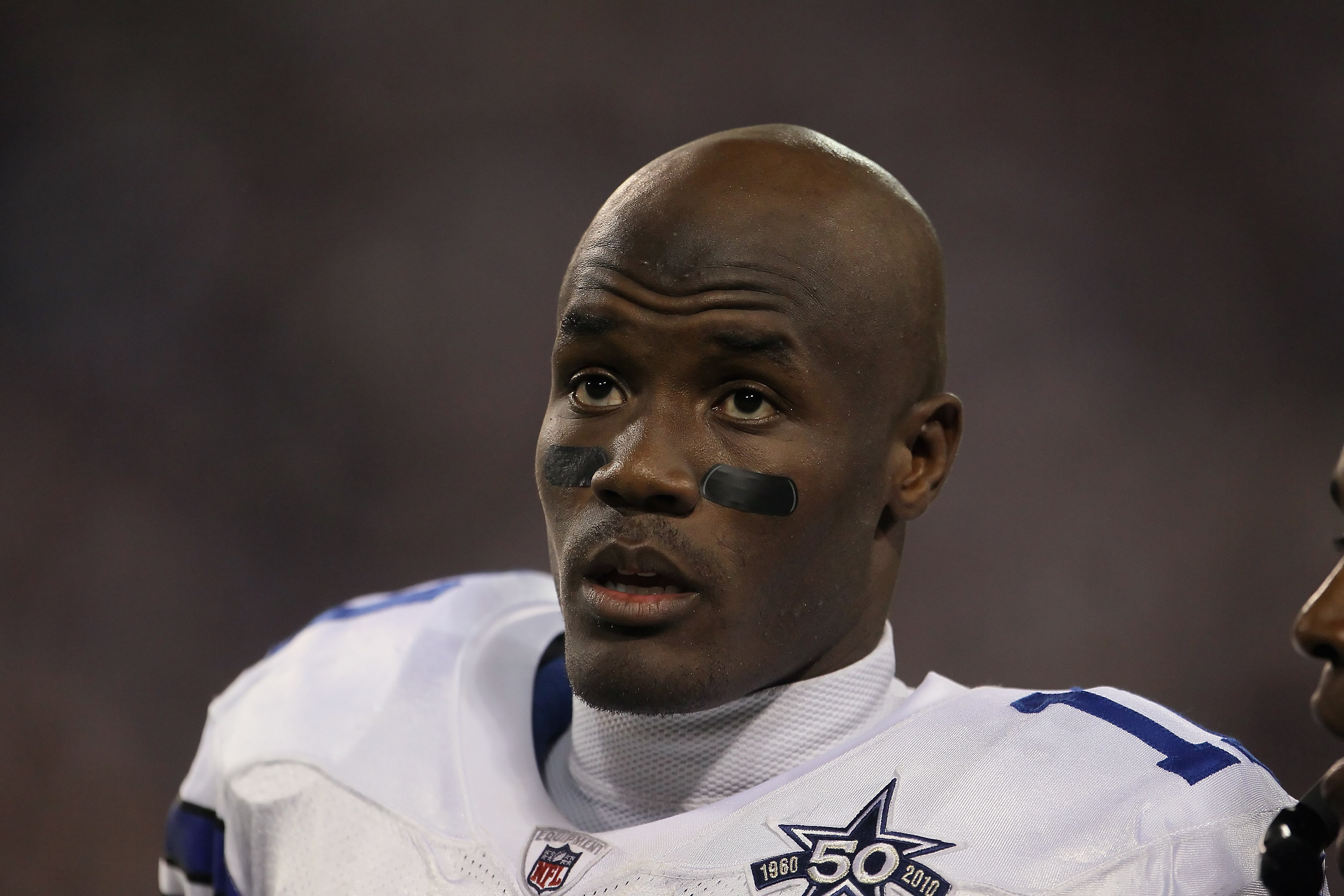 This one's more a hope.

With Miles Austin, Dez Bryant and Jason Witten drawing so much attention, Roy Williams will find himself open on the field quite a bit next year, especially since most people ignore his existence anyway.

I refuse to believe that a player we gave up so much for will forever be worthless. I hope, at the very least, he gets people coffee, makes sandwiches for the coaches or something.

Write this down fantasy players.

Did I mention I'm nuts? 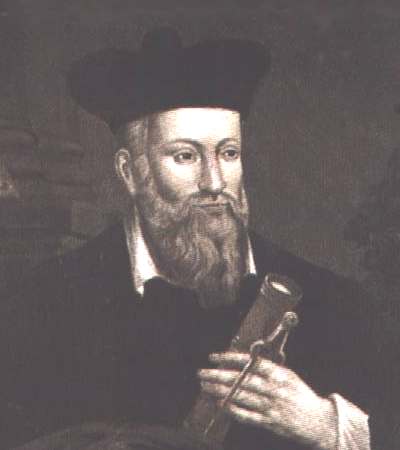 This one is crazy.

When I'm not editing here on this wonderful site, I spend my time reading the works of Nostradamus. The way I see it, he allegedly predicts major world events, right?

So I did some research and came across this prediction, and I think it's about Tom Brady leading the Patriots to a dynasty:

"On the third day of the fourth month of the sixth moon a man will be born. He will have both arms and legs. They will call him the golden boy as he hoists the trophy. And also, he will marry a model."

Weird, right? So I kept going. And then, on a dark and stormy night, I found this:

"The one called Romo will guide his steed to the promised land. But first he must cross a river, surrounded by flashes of light. Oh, and he too will marry a hot chick."

Now if this isn't proof, I just don't know what is.